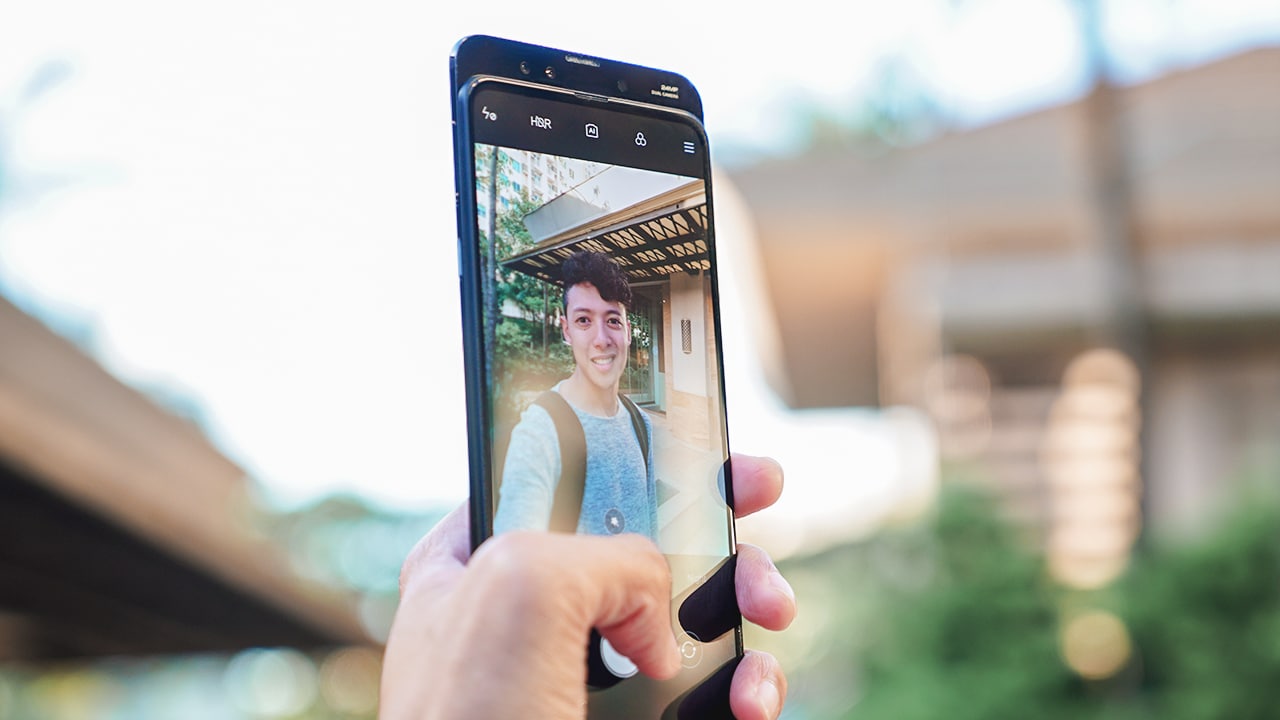 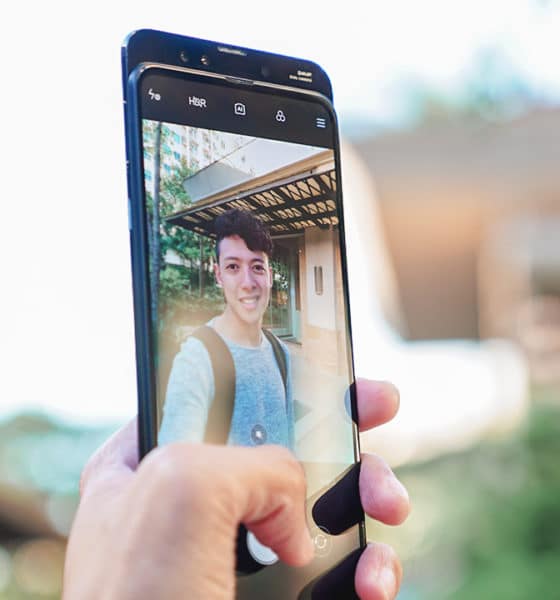 Let’s get right into it and say good bye to awkward selfies! The biggest and most welcomed change that the Xiaomi Mi Mix 3 has over its predecessors is the magnetic slider that reveals the now properly positioned selfie camera at the top of the phone. Hallelujah!

Having used the Xiaomi Mi Mix 2 in the past, I can attest to how much of a hassle it was trying to shoot an IG story from the horrible upward-facing angle.

No notch and all screen!

Xiaomi’s new approach to maintaining the near-borderless look and eradicating the poor selfie camera placement is the magnetic slider that some might call a gimmick, but it’s so much fun to play with! I will admit that the novelty does go away, but it is by far my favorite execution of a near-borderless display. All that screen is awesome!

At the end of last year, I picked the Xiaomi Mi Mix 3 as “the phone I’d rather be using” because I thought that the fidget spinner-like qualities of the phone would be such a blast. And it was in the beginning. I don’t even know how many times I would play with the slider just because it was fun. I realize now that I used the slider more as a fidget spinner than a way to reveal the cameras to take a selfie.

It did become a neat party favor asking friends to guess how to take selfies with the phone. Out of five friends, only one was able to correctly guess how to operate the magnetic slider without me teaching them how to do it. But once the novelty wore off, I found myself going days without ever sliding out the camera. 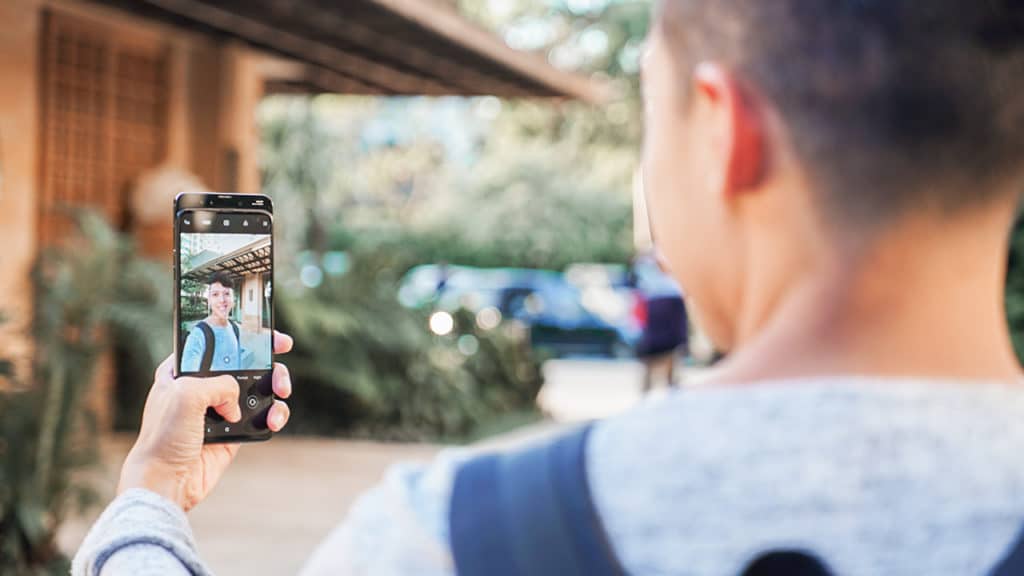 Our review unit is the 6GB RAM model powered by the Snapdragon 845 chipset, and personally when it comes to performance, no news is good news. Nothing to report on lag or stutters from the roughly three weeks I spent with the phone. So speed was not an issue. 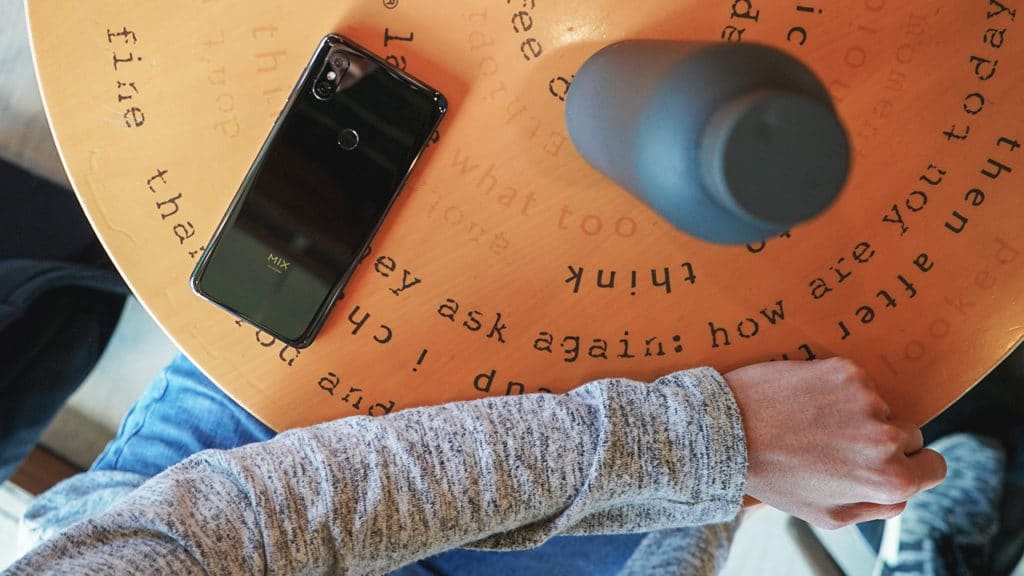 When you buy a phone, especially a flagship phone, you expect everything to just work. Unfortunately, that was not the case in my experience, as my messaging app of choice, Telegram, was not notifying me when messages would come in. Even after double-checking that all the right notification settings were turned on, I wasn’t receiving any notifications from the app.

After a quick Google search, I found that I wasn’t the only one experiencing this error. Needless to say this was annoying, but it simply meant having to use another messaging app. Hopefully this can be fixed with a software update.

It is worth noting that in the past, Netflix wasn’t available on the Play Store when I used the Mi Mix 2. I’m happy to report that it’s there now, so no worries if you’re looking to take advantage of the near-borderless display with some binge watching. And if there’s anything this phone is good for, it’s watching videos. This was by far my favorite thing about the phone. It really felt like I was holding all screen and it was awesome! 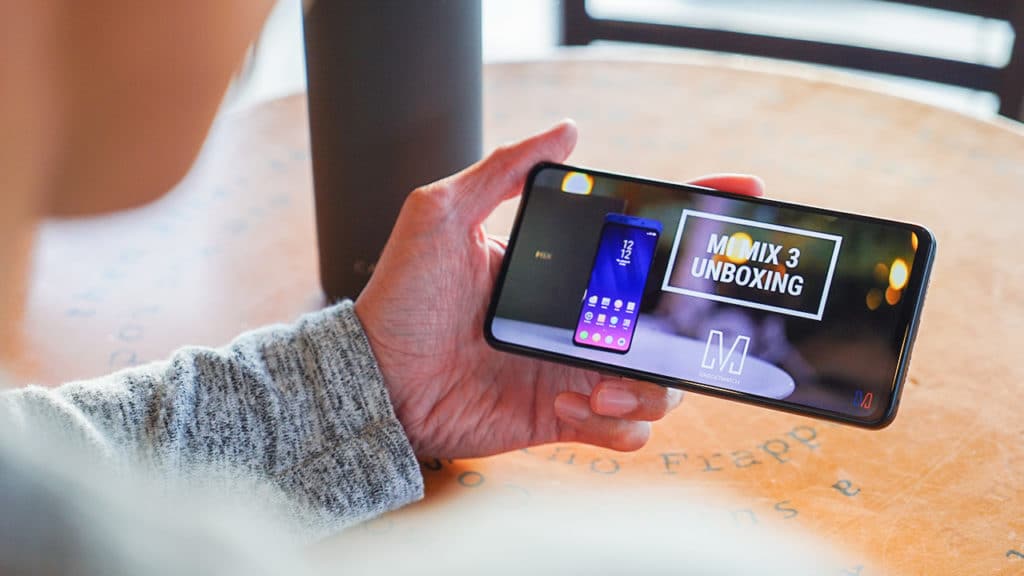 Battery life was a bit of a disappointment having come from the Huawei Mate 20 and its massive 4000mAh and two-day battery life. With the Xiaomi Mi Mix 3’s 3200mAh battery, I’d start my day at roughly 9am and find myself reaching for a charger by around 8pm. Mind you, that ain’t too shabby if you think about it, but for comparison, I was spoiled by my experience with the Mate 20.

Let’s take these cameras for a spin!

When it comes to taking photos, it’s easy to focus on the selfie cameras, but the dual 12-megapixel cameras on the rear do a good job, too. Here are some samples: 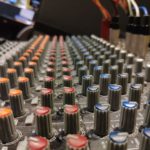 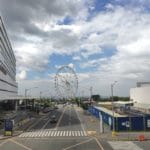 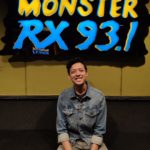 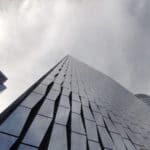 But of course, we can’t leave out samples of the selfie cameras, and while I may not take a lot of selfies, I can not stress how happy I was to have the cameras in the proper position. No more having to flip the phone upside down to take a photo and IG Stories work the way they should: 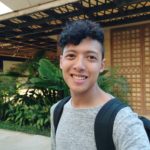 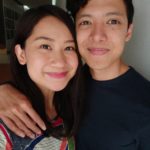 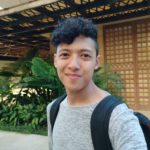 While I love the implementation of the magnetic slider, this phone is so much more than just a fidget spinner. This phone is great for media consumption above anything else in my book. But everything else that comes with all that screen is nothing to complain about. The flagship specs in this relatively affordable price tag is nice to see in a day wherein phones are priced by as much as US$ 1,000. 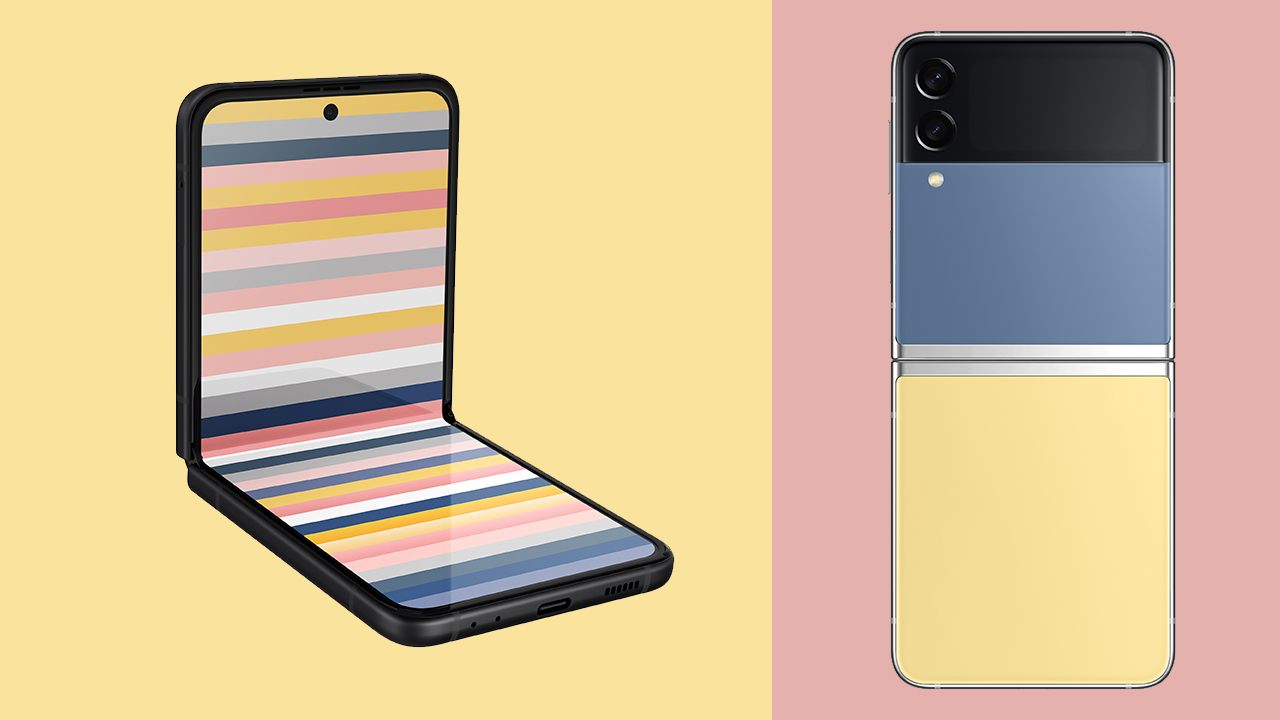 Despite the availability of several devices in the market, foldables are still as niche as they come. Not everyone can get behind the new form factor yet. However, there is no doubt that owning a foldable phone helps users stand out from the crowd. Samsung, despite being one of the leaders of the market already, has launched a new way to further express creativity through its foldables. The new Galaxy Z Flip3 Bespoke Edition allows users to customize how their foldables will look like.

With the Bespoke Studio, users can mix and match panels for their phones with different colors including blue, yellow, pink, white, and black. Further, users can customize their phone’s frame with either black or silver. They can also preview their custom colors through Samsung’s website. 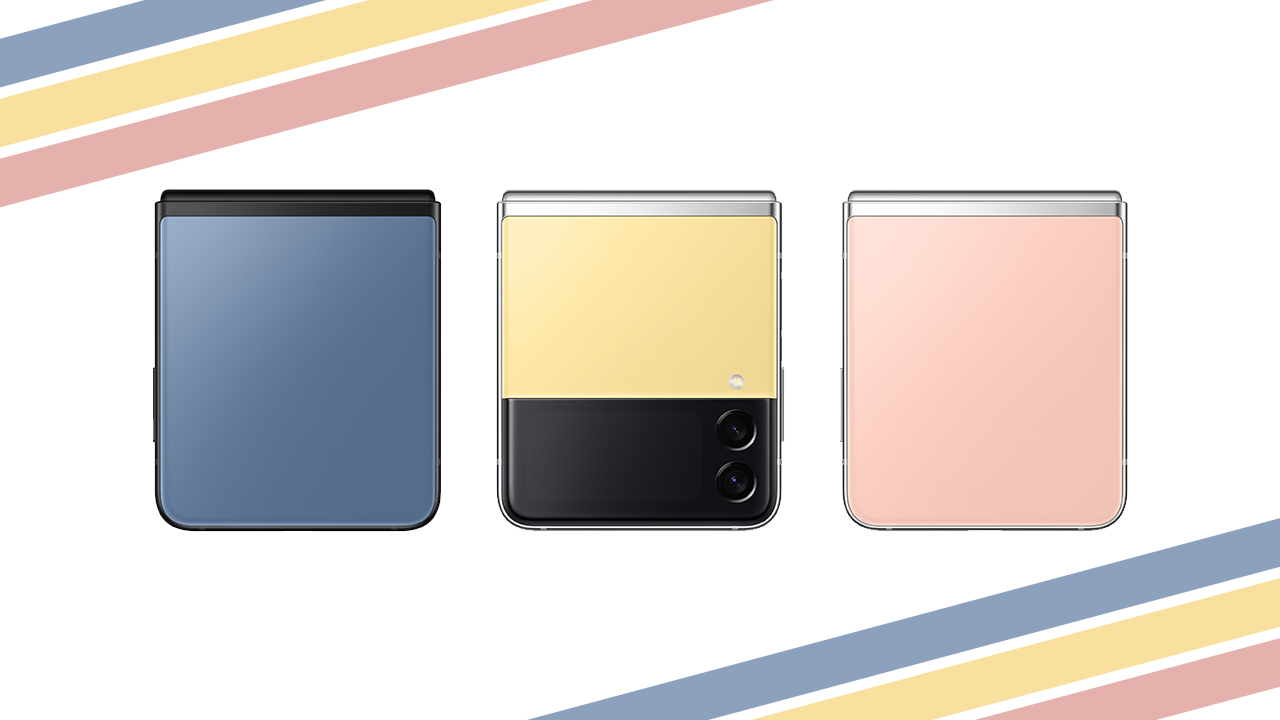 Of course, a mind can sometimes be fickle. As such, Samsung is also offering Bespoke Upgrade Care which allows owners to change their panels and colors when they want a change for a varying service fee. Ordered editions will also come in packaging and themes that correspond to the user’s selected colors. 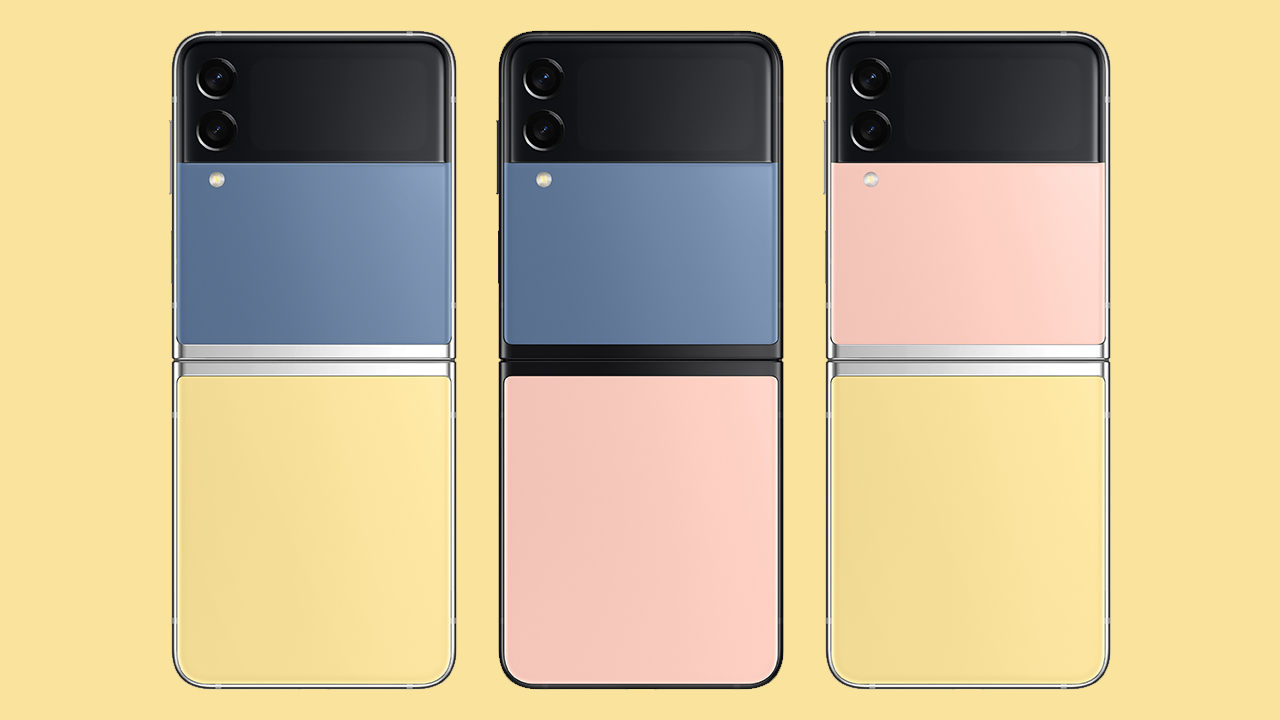 The Galaxy Z Flip3 Bespoke Edition will start at US$ 1099.99 and will come with 12 months of Samsung Care+ protection. If ordered through Samsung.com, users can also avail up to US$ 600 of trade-in credit towards the special foldable phone.

SEE ALSO: Samsung’s customizable BESPOKE refrigerator arrives in the US

What does the fox say? 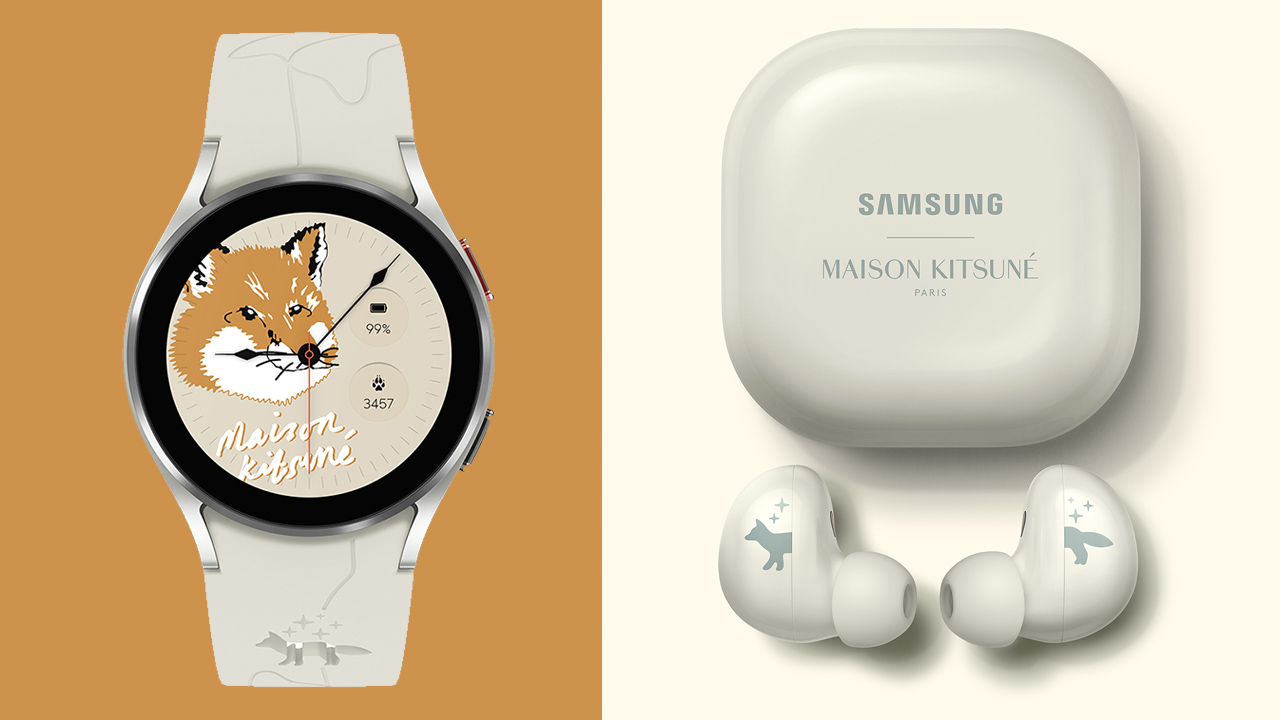 A year at Samsung wouldn’t be complete without a slate of limited-edition partnerships with the world’s top designers. In the past, the company partnered with Thom Browne to deliver premium editions of their flagship phones. Now, Samsung has announced a partnership with independent fashion house Maison Kitsuné for two special-edition wearables.

The partnership infuses the Galaxy Watch4 and the Galaxy Buds2 with the fashion house’s playfulness. Both devices will now come in the brand’s Moonrock Beige color. Besides the new color, they will also incorporate a few design elements to help them stand above the rest. 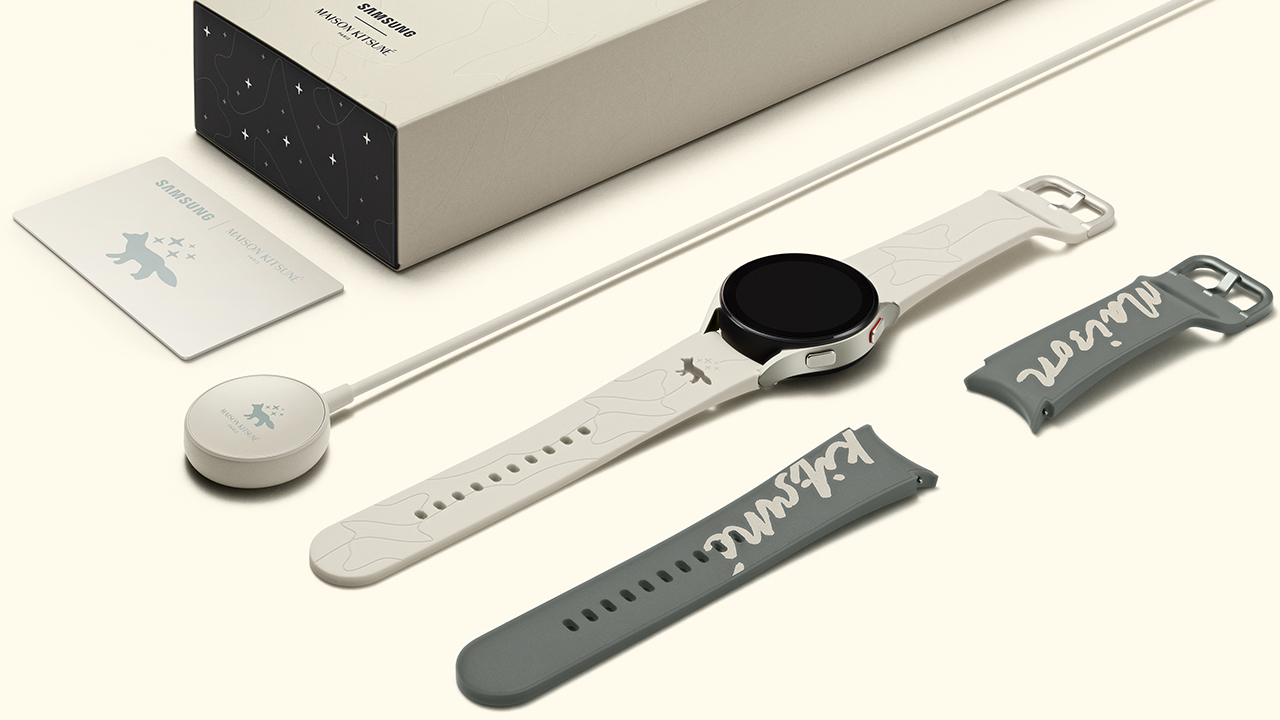 Besides the Moonrock Beige leather straps with fox-shaped holes, the Galaxy Watch4 Maison Kitsuné Edition will come with an additional Space Gray strap to offer users an alternative look. In contrast, the gray strap will have the fashion house’s lettering emblazoned across its length. 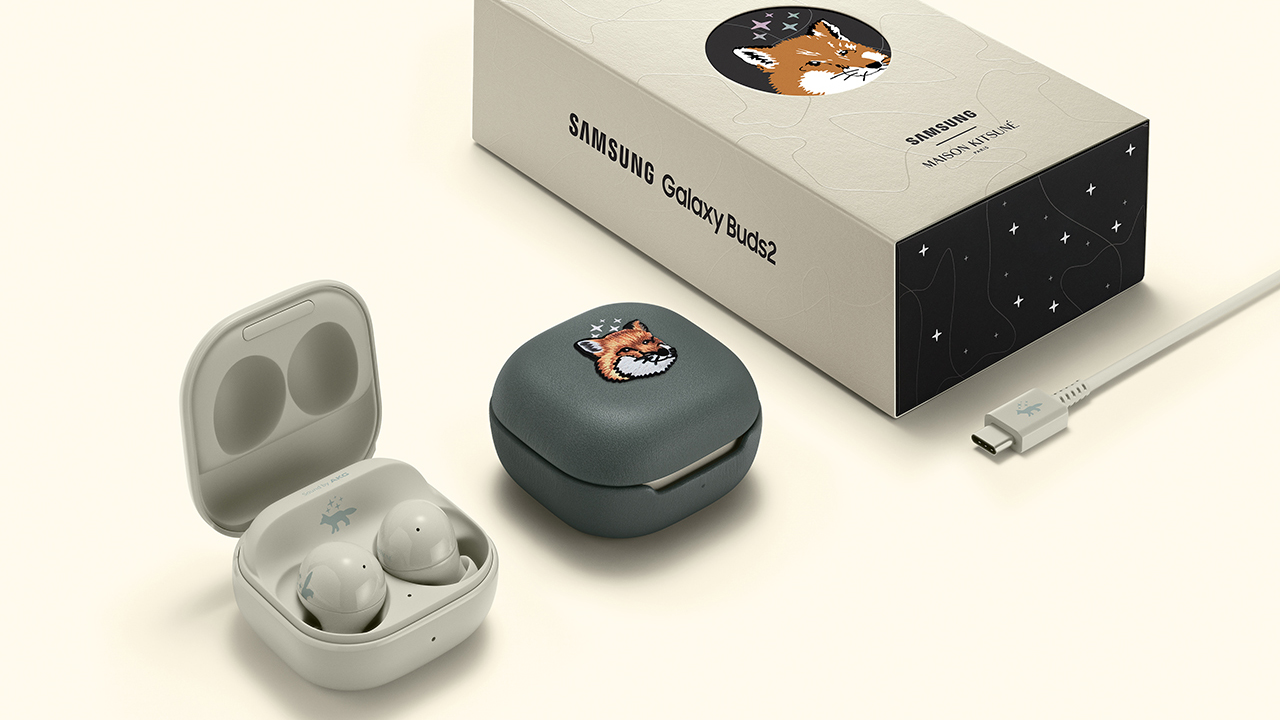 On the flip side, the Moonrock Beige Galaxy Buds2 will come housed inside a Space Gray leather case. The case will have Maison Kitsuné’s fox logo front-and-center. Further, the left bud will have a fox head logo, and the right bud will have a fox tail logo, signaling continuity whenever wearing the earpieces. 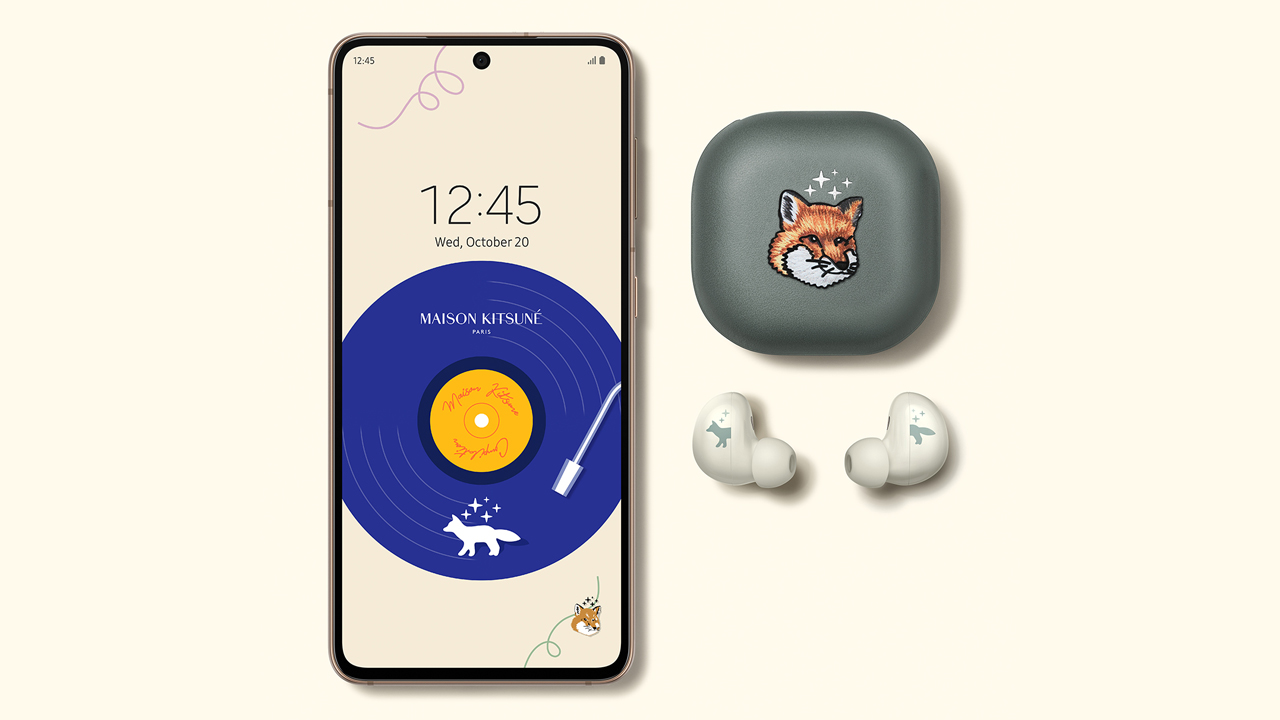 To add more style to a user’s Samsung ecosystem, the Galaxy Watch4’s box and the Galaxy Buds2’s case will have an NFC tag linking to an exclusive Maison Kitsuné phone theme. 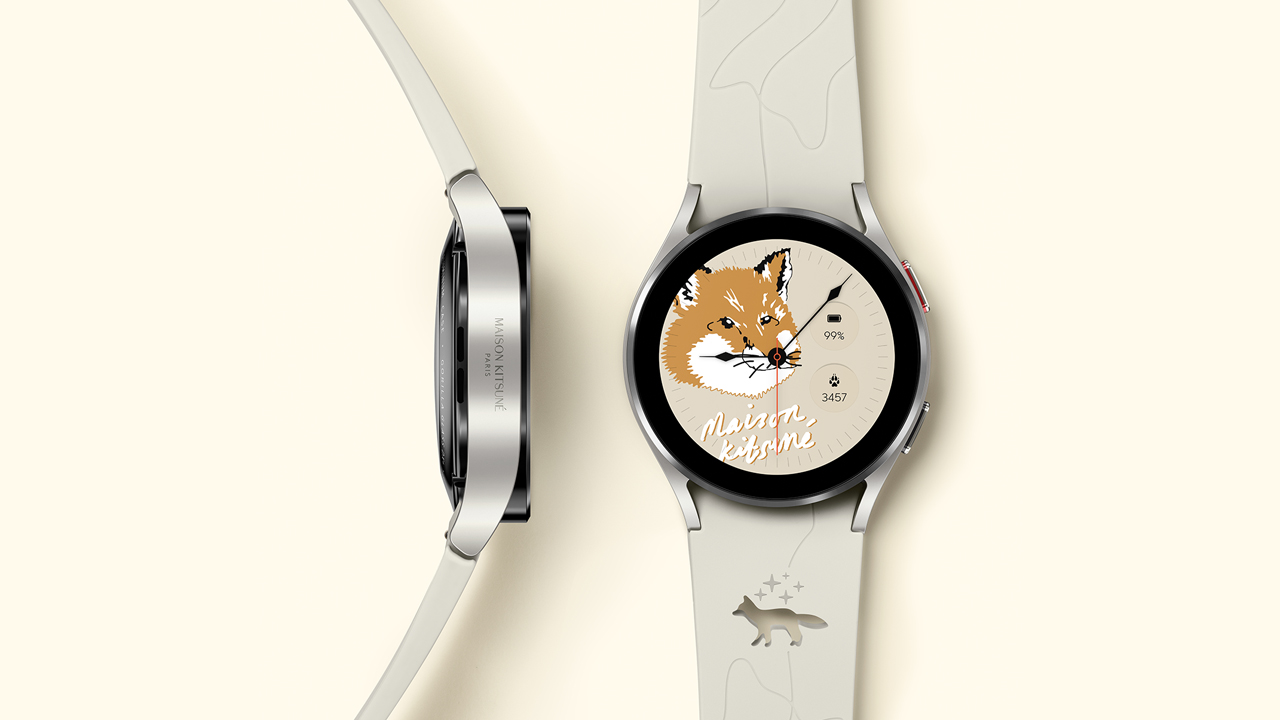 Both devices will ship starting on October 20 with only a limited number of units available in select markets. The 40mm Galaxy Watch4 will sell for US$ 399.99. Meanwhile, the Galaxy Buds2 will sell for US$ 249.99.

NBA ties up with the Pixel 6 series for the playoffs 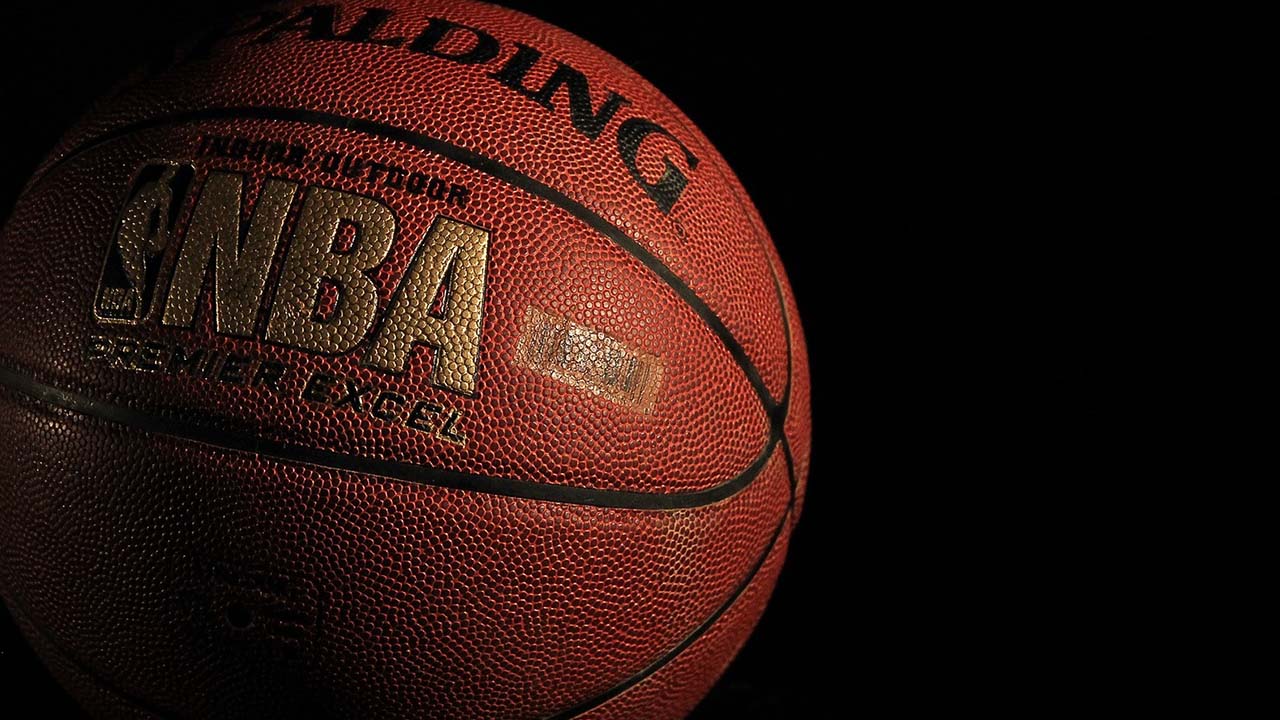 Do we even need an official launch for the Pixel 6 series at this point? Hours ahead of its slated launch, the Pixel 6 series has revealed almost everything about itself through official releases and extensive leaks. Now, the newsreel has moved to other spotlights. Google has announced that the Pixel 6 series is the first presenting partner for the upcoming NBA playoffs.

Reported by The Athletic, the league officially announced the multiyear marketing and technology deal. With the partnership, the Pixel series will become the official presenting partner of the playoffs, the G League playoffs, and the NBA 2K League All-Star Game. Google had previously tied up for this season’s WNBA playoffs.

The NBA can now use Google Trends and other tools to improve data for both the league and the tech company.

As mentioned, Google has officially scheduled the Pixel 6’s launch for October 19. More than its predecessors, the flagship series will introduce a new smartphone experience for Android users, headed by Google’s first in-house chipset called the Tensor chip. Though the deal is for multiple years, the Pixel 6’s launch is definitely a timely one.

On the other hand, NBA is also celebrating a milestone this season. The upcoming season, which starts later this week, will be the 75th NBA season.