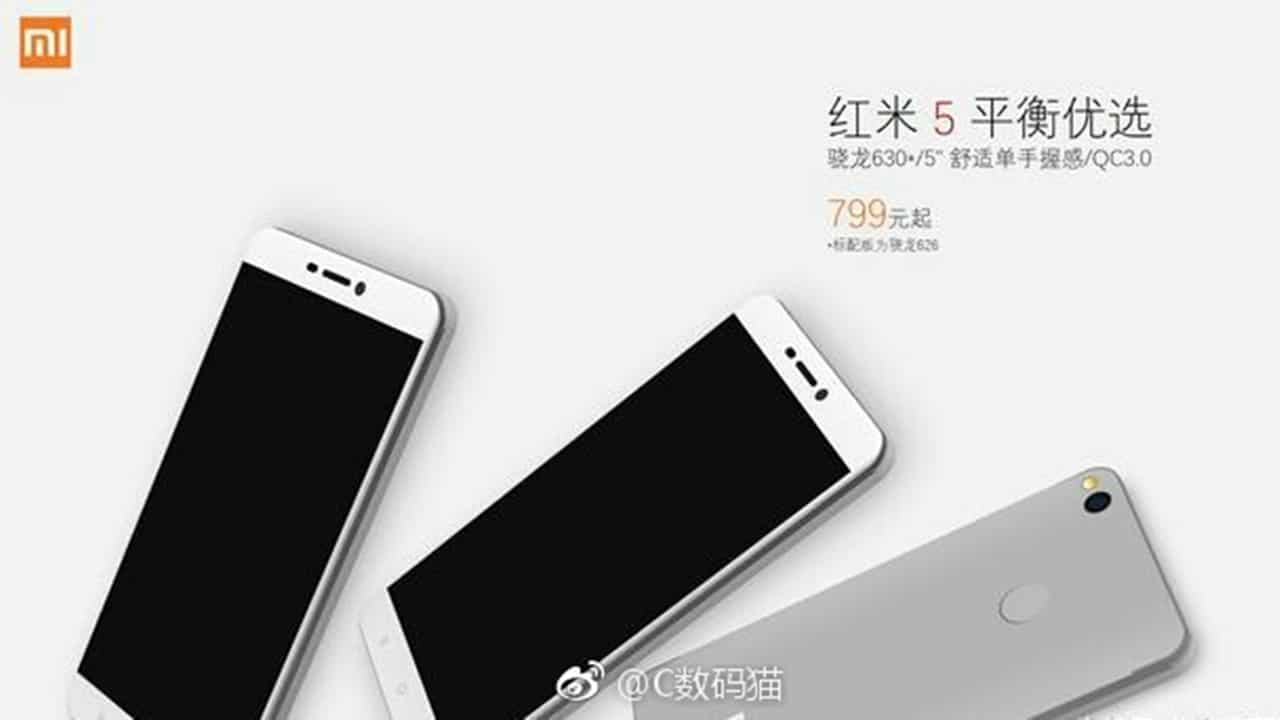 Xiaomi’s upcoming Redmi 5 has been leaked online by a Weibo user in China. While we still want to wait for the real deal from the company, the specs-to-price ratio is impressive as always. 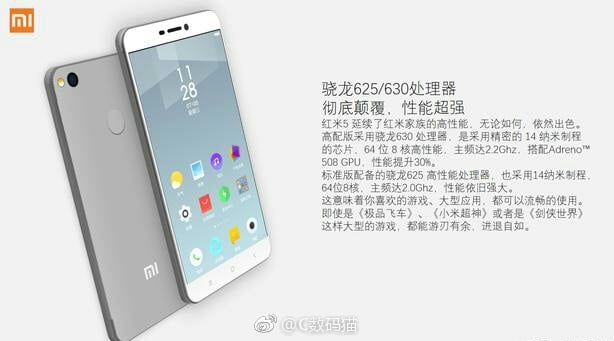 The Redmi 5 will sport a 5-inch Full HD display, just like the Redmi 4, thus staying in the range of compact budget phones. Camera-wise, it’s getting a 16-megapixel rear camera and 5-megapixel selfie camera. Battery capacity gets a cut to 3680mAh from the impressive 4100mAh of its predecessor, but has Quick Charge 3.0 for faster charging times. 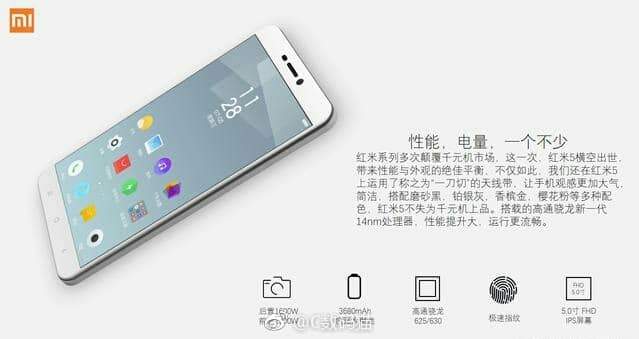 According to the leak, the Redmi 5 will come in two variants. Expect a combination of a Snapdragon 625 processor with 3GB of memory and another using a Snapdragon 630 with 4GB of memory. Storage will vary from 16GB to 64GB, depending on the variant. It’ll feature the latest MIUI 9.0 that’s based on Android 7.1.1 Nougat, microSD expansion, and dual-SIM support. 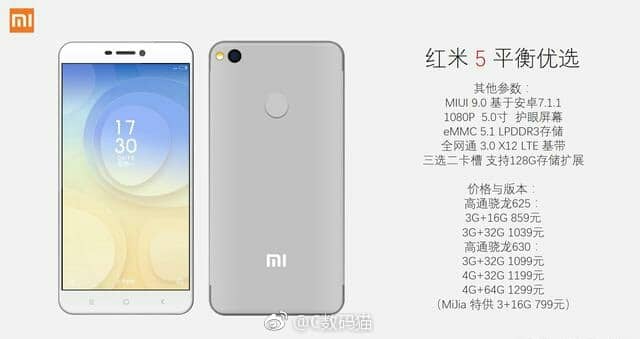 The Redmi 4 Prime we reviewed is still one of our best bets for budget phones, so the Redmi 5 has to top that. Even the bigger Redmi Note 4X made it to our Best Budget Smartphone listing.

There’s no mention of its release, but we’re already feeling the excitement.