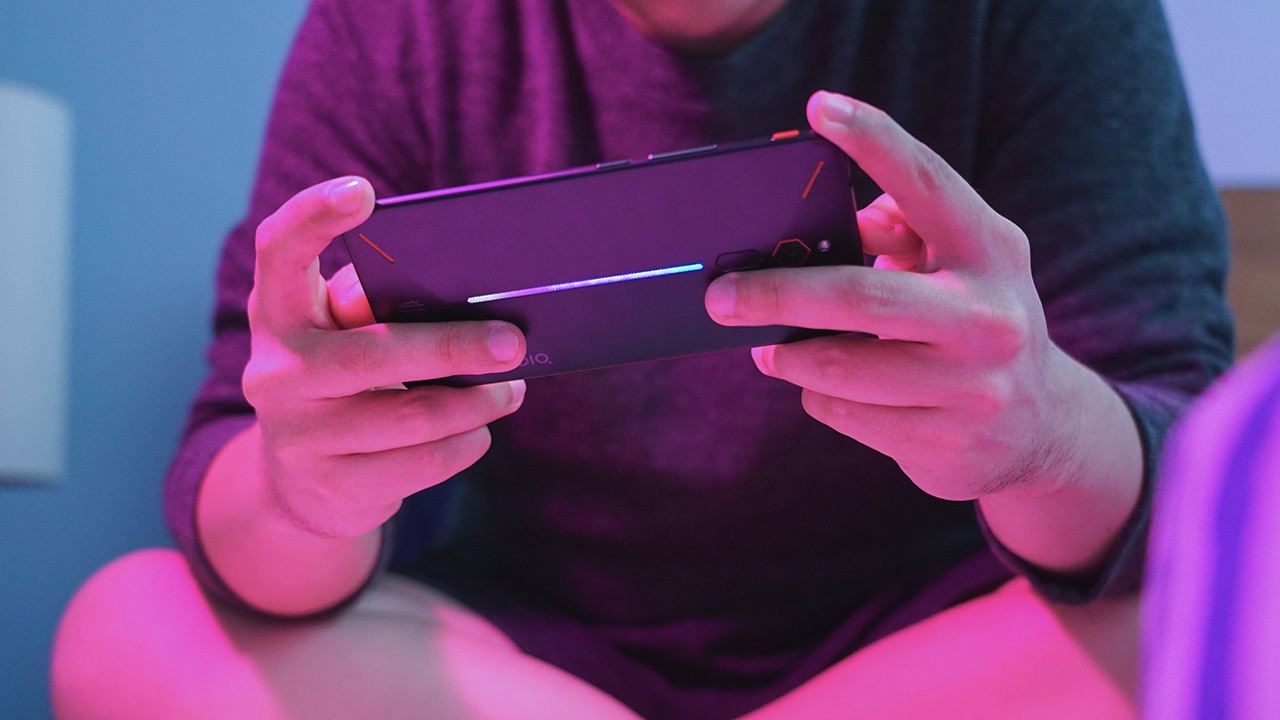 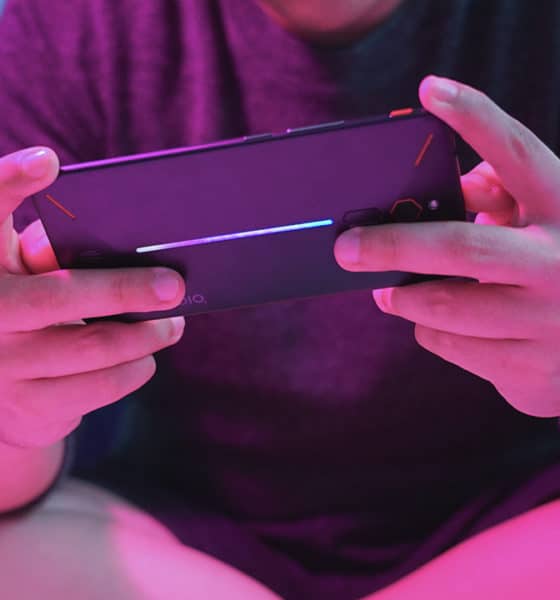 One look and you know it’s a gaming phone

Not all smartphone manufacturers create a gaming phone. Technically, flagship smartphones with top specs are ideal for gaming but they lack the appeal and design. When Razer announced their own phone, it was true to its Razer branding but lacked the RGB lighting we’ve known from PC gaming peripherals.

Good thing there’s the Red Magic from Nubia (a ZTE sub-brand in China) and it’s built for gaming, without the exaggerated looks of the ROG Phone from ASUS.

I spent a few days with the Red Magic and here’s my hands-on.

The Red Magic practically screams “extreme gamer” due to its sharp, hexagonal cutouts, red vents and details, and the glowing LED strip on the back.

However, it’s still your usual premium Android device with a 6-inch Full HD+ display. It’s got an 18:9 aspect ratio and, thankfully, there’s no notch that’ll get in the way when playing games. 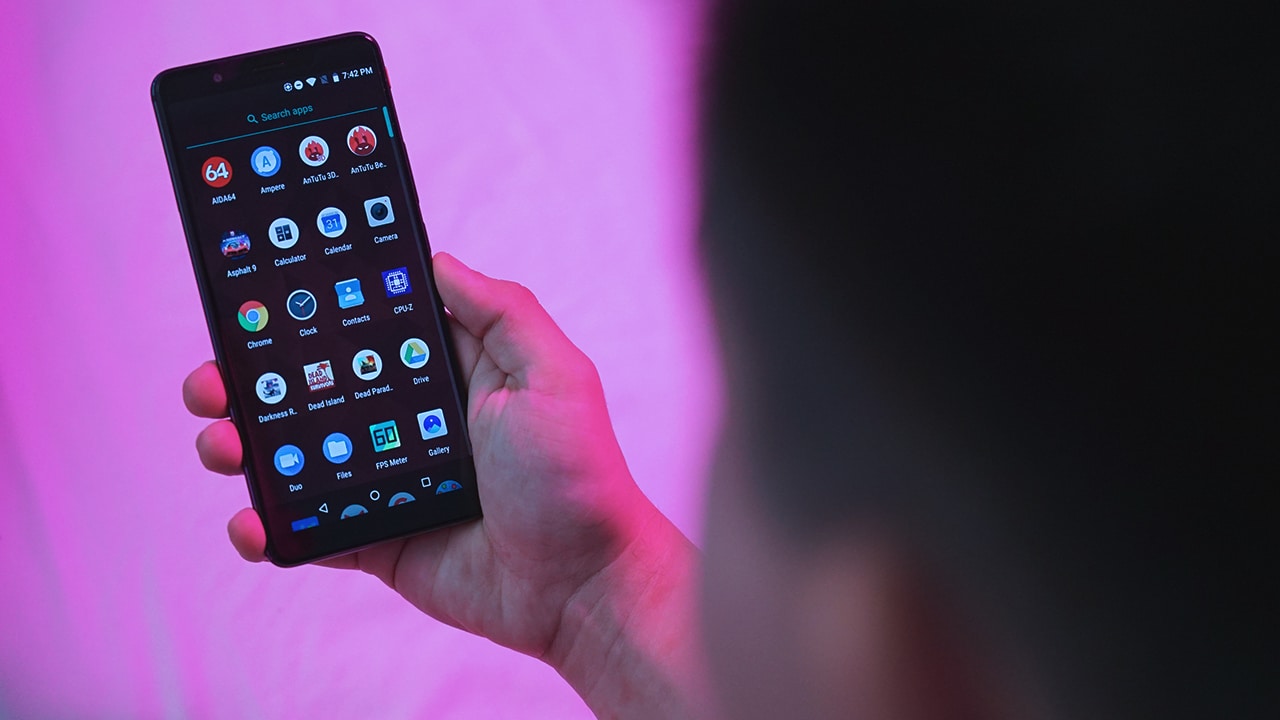 The top and bottom bezels are not as thin as the Galaxy S9’s, so there’s still some room for your thumb on the side when holding the phone in landscape with two hands.

Overall, the phone feels really solid thanks to its aluminum unibody, but to make things a bit special and more gaming-focused, the back of Red Magic is a bit curved making it comfortable in my hands. 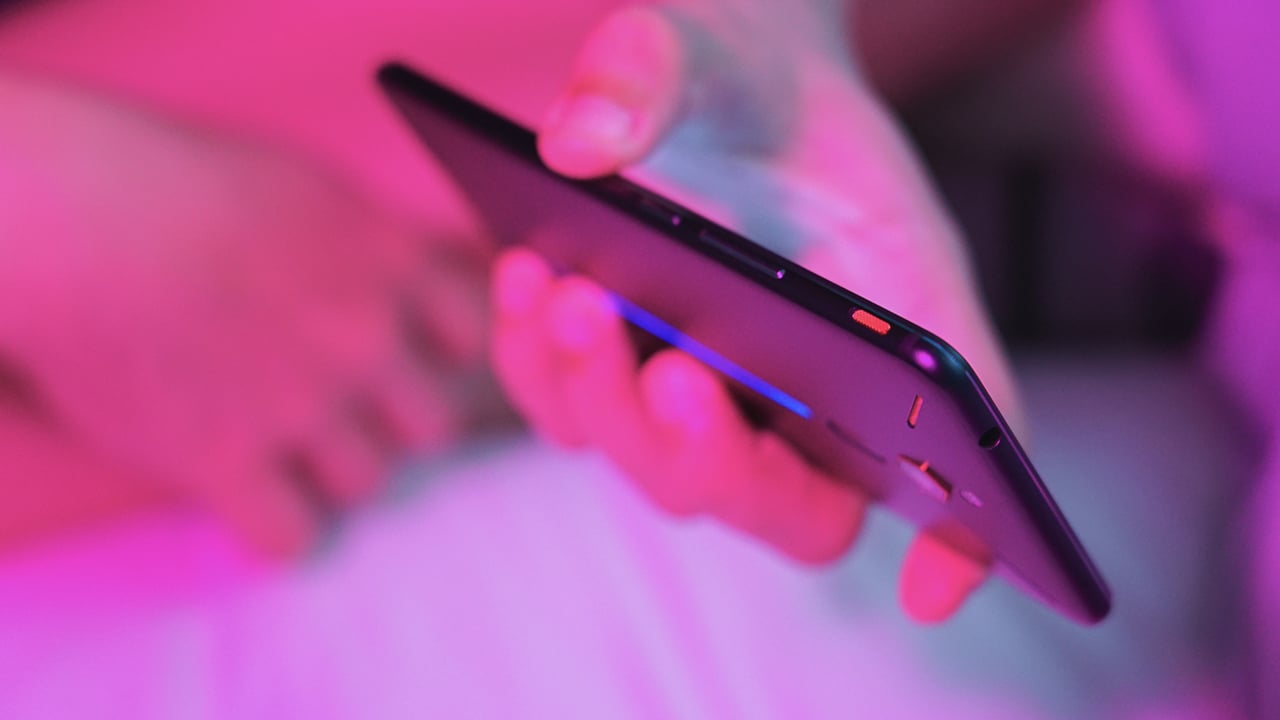 On the side, it has what they call the “Compete Button” which reminds me of the alert slider on OnePlus’ phones. Instead of shushing notification sounds though, Red Magic’s slider puts the phone in tip-top performance. This is useful when you’re about to play a game.

The Compete Button not only improves the phone’s performance, but it also triggers some settings like blocking app notifications to avoid unnecessary pop-ups while playing. You can also set it to block the virtual navigation button from showing up accidentally. 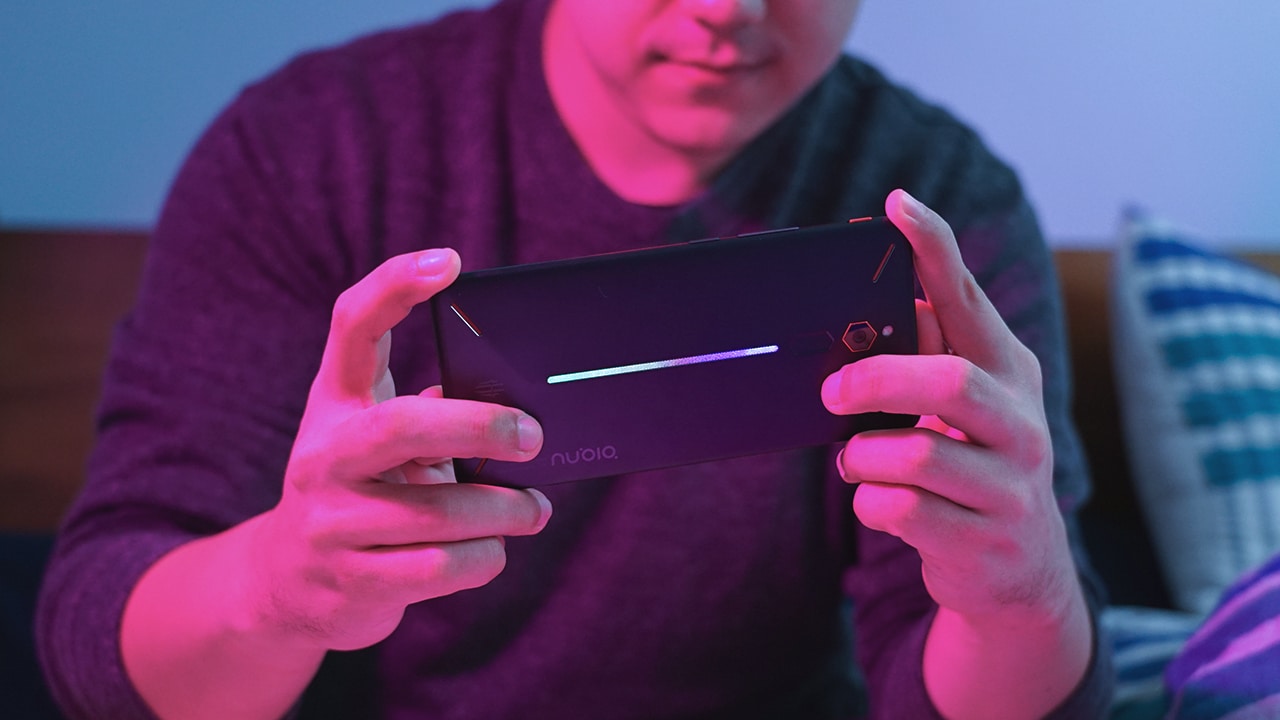 Most importantly, the Compete Button activates the RGB LED strip at the back. It’s a visual cue showing that the Red Magic is ready to take on the challenge. The LED strip has four preset effects: Skyline, Rainbow Ribbon, Laserwave, and Voice Controlled.

It’s fun to play around with the effects, but my personal favorite is the Voice Controlled option. Well, it’s not exactly based on your own voice but rather with the audio of the game you’re playing. 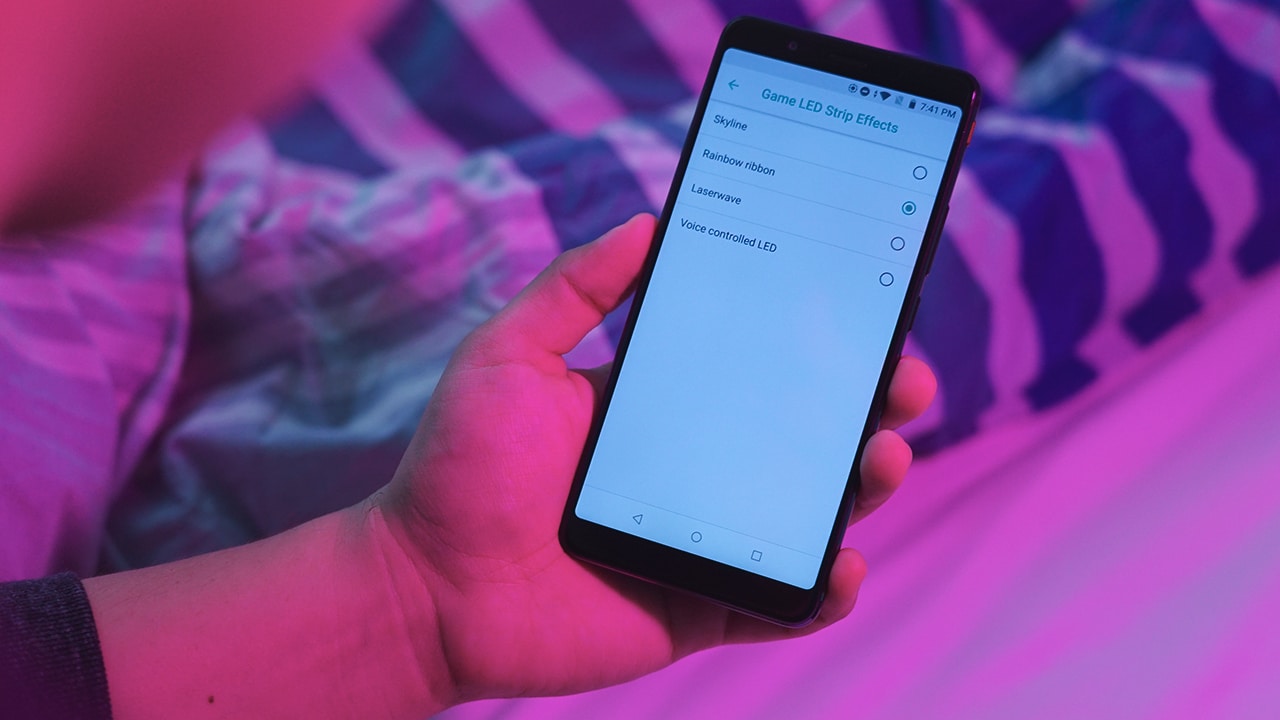 The light strip also acts as notification light if you wish. Just be sure to lay the phone flat on a table so you won’t miss it.

The rear of the phone is quite intriguing but also distinct. There are four red lines on the corners which I first thought are all speakers. But, only one of them is the actual loudspeaker and it’s the one at the lower left. Even though it’s a mono back-firing speaker, it’s loud and has good bass. 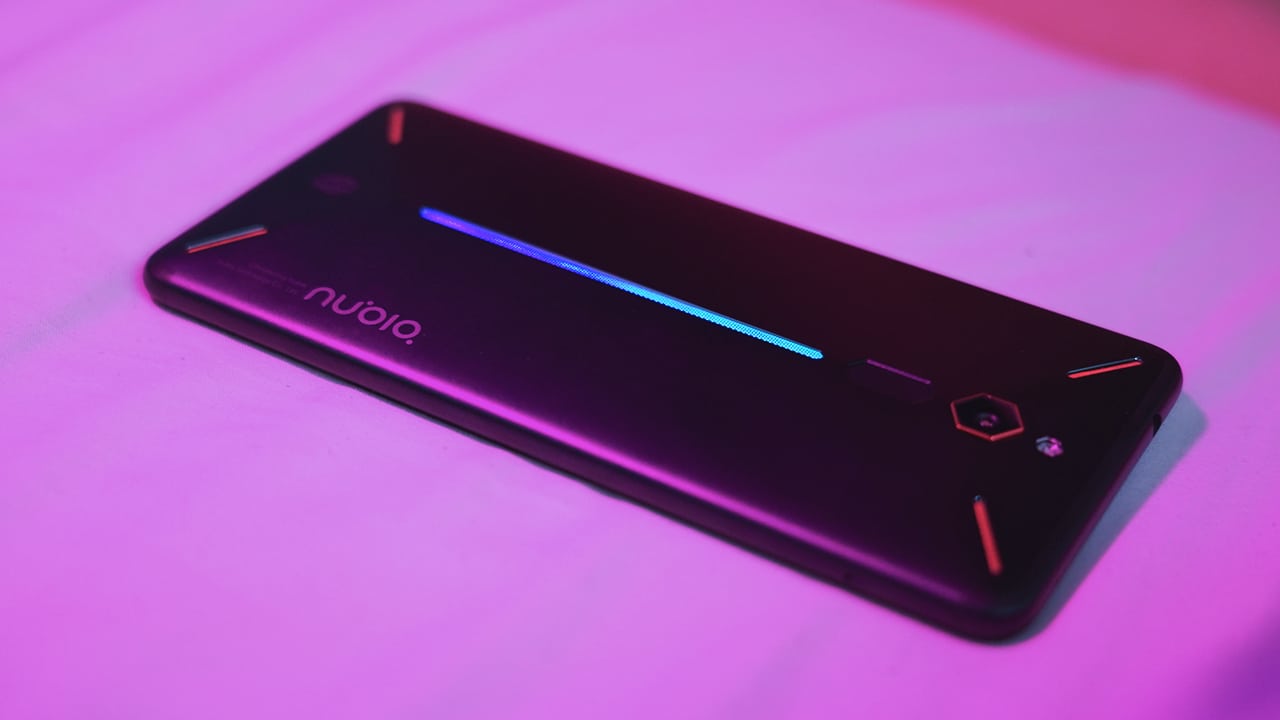 When it comes to power, the Red Magic is not lacking but it could have had a better processor. The phone sports last year’s Snapdragon 835 processor which is a step down compared to this year’s flagship phones. At least it’s paired with 8GB of memory and 128GB of internal storage.

The Snapdragon 835 is still a capable processor with the Adreno 540 GPU. I managed to play a number of games on the Red Magic, and the device was able to handle them like magic. PUBG ran smoothly with the highest settings and the new Asphalt 9: Legends was flawless and stunning on the screen. 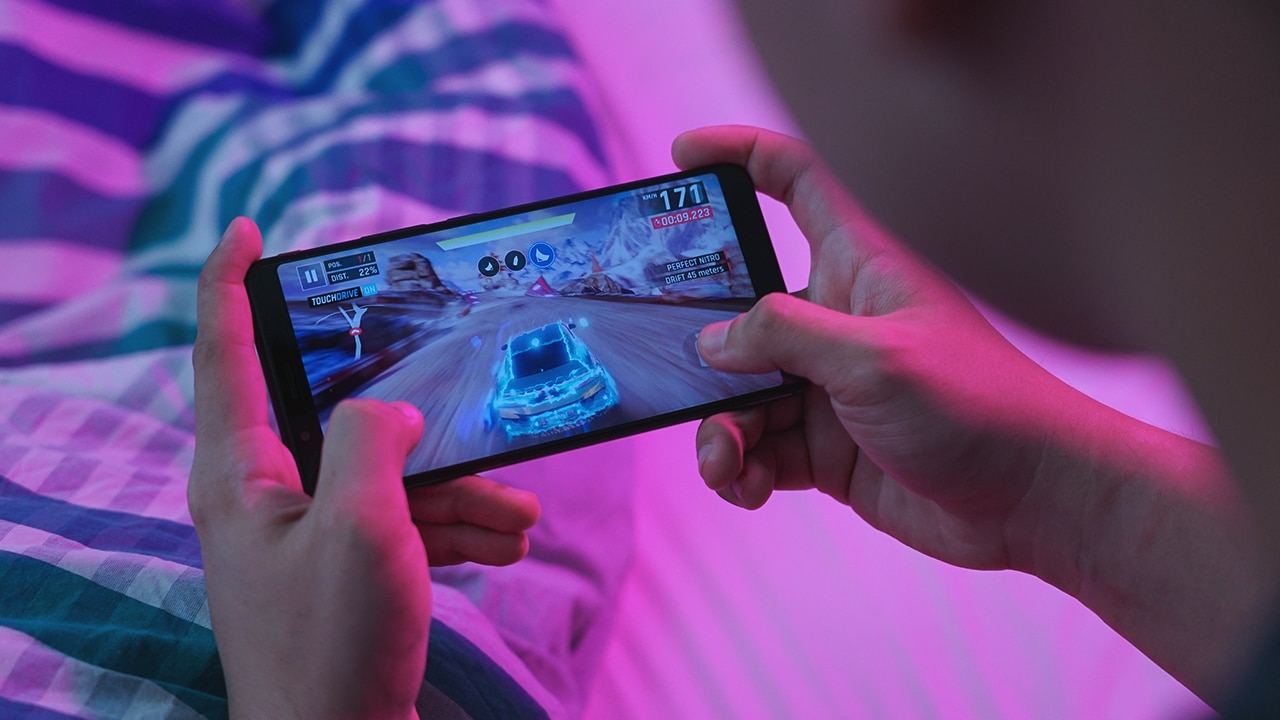 The Red Magic was even the best-performing Snapdragon 835-powered phone on AnTuTu’s list. It managed to be in the top ten of the most powerful Android phones last June which is dominated by phones with Snapdragon 845 processor.

Does it have good cameras?

A gaming phone still needs cameras. There’s a 24-megapixel f/1.7 rear shooter which takes good-looking photos. Thanks to the large aperture of the camera’s lens, it can take great photos even in low-light. 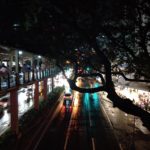 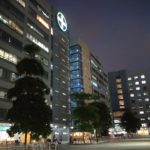 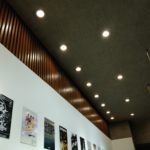 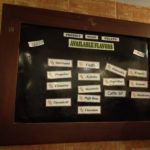 It might not be the best camera phone around, but that’s not the focus of the Red Magic. It lacks a secondary sensor for bokeh or other effects, but the camera launcher has a couple of modes you can play with including manual shooting. For selfies, there’s an 8-megapixel front-facing camera with an f/2.0 aperture.

Hard to tell if the phone will impress mobile gaming enthusiasts out there, but the design of Nubia Red Magic is certainly a head-turner. The red accents might be too common in the world of gaming, but the unique RGB LED strip at the back sure gives its own persona. 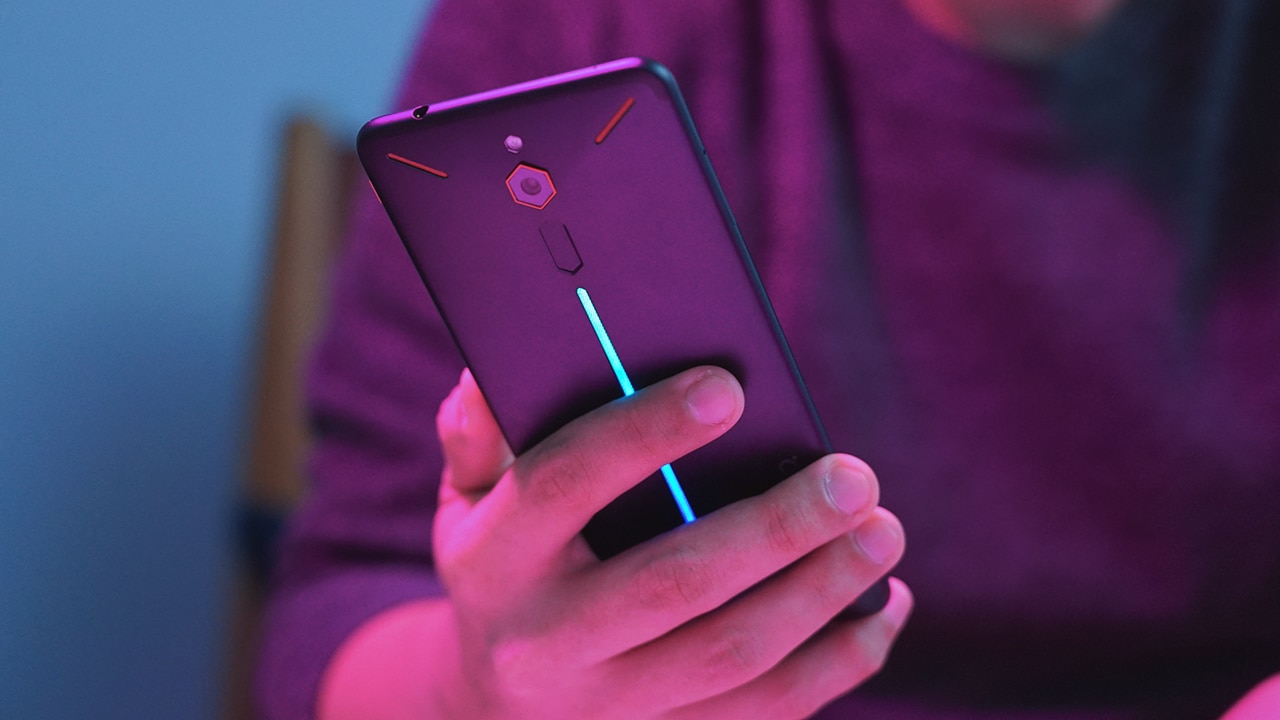 The Nubia Red Magic is available in China starting at CNY 2,499 for the base variant with 6GB of memory and 64GB of storage. The high-end version I have here with 8GB of memory and 128GB storage is priced at CNY 2,999. In the US, it’s priced at US$ 399 through Indigogo but the funding project is already closed. 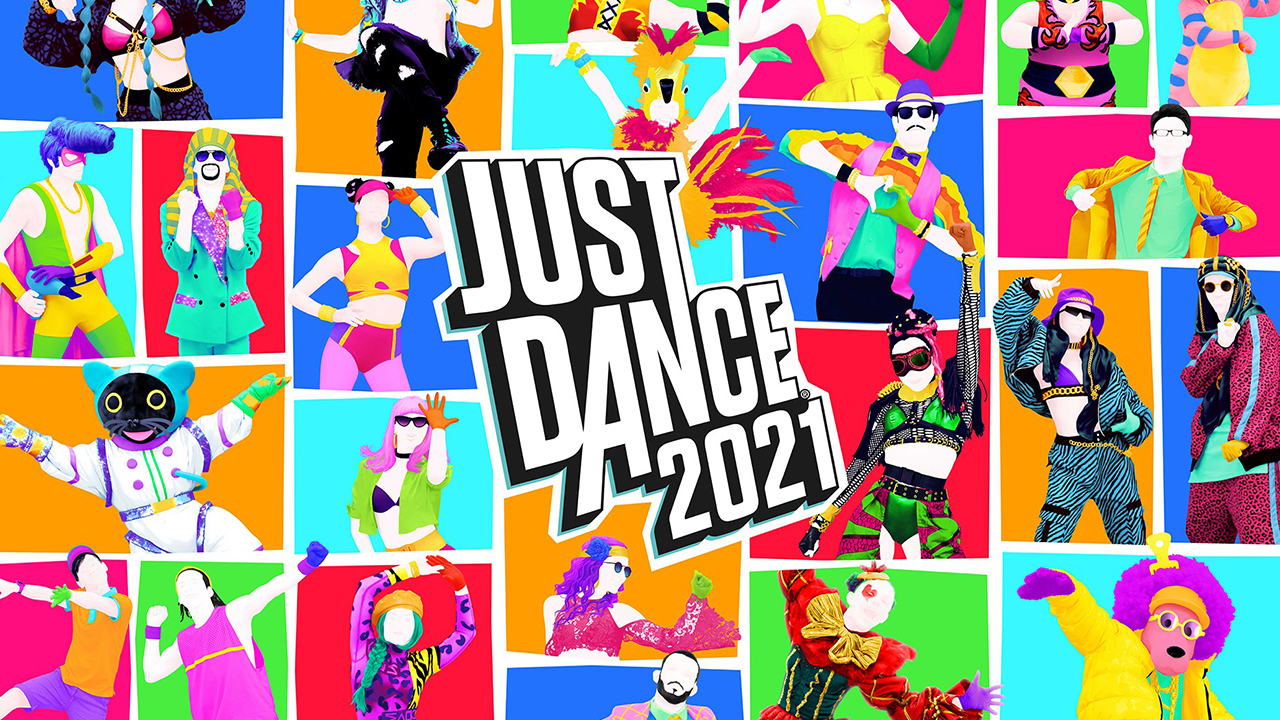 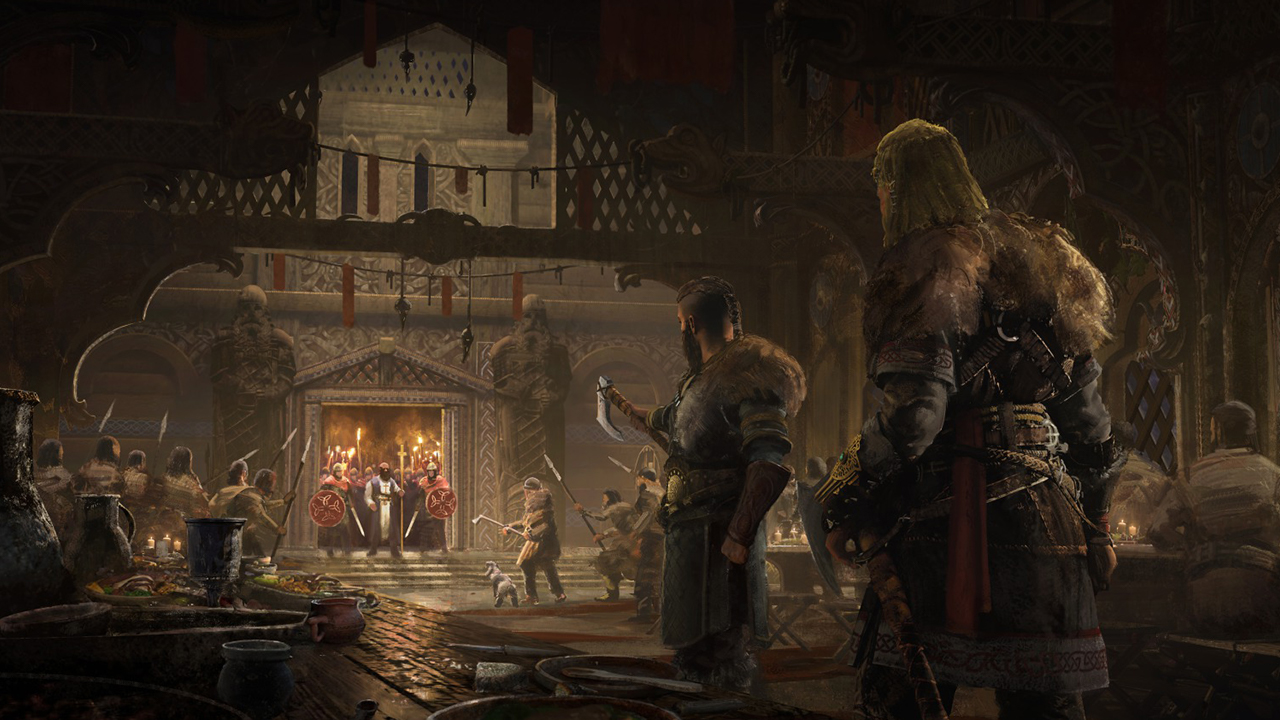