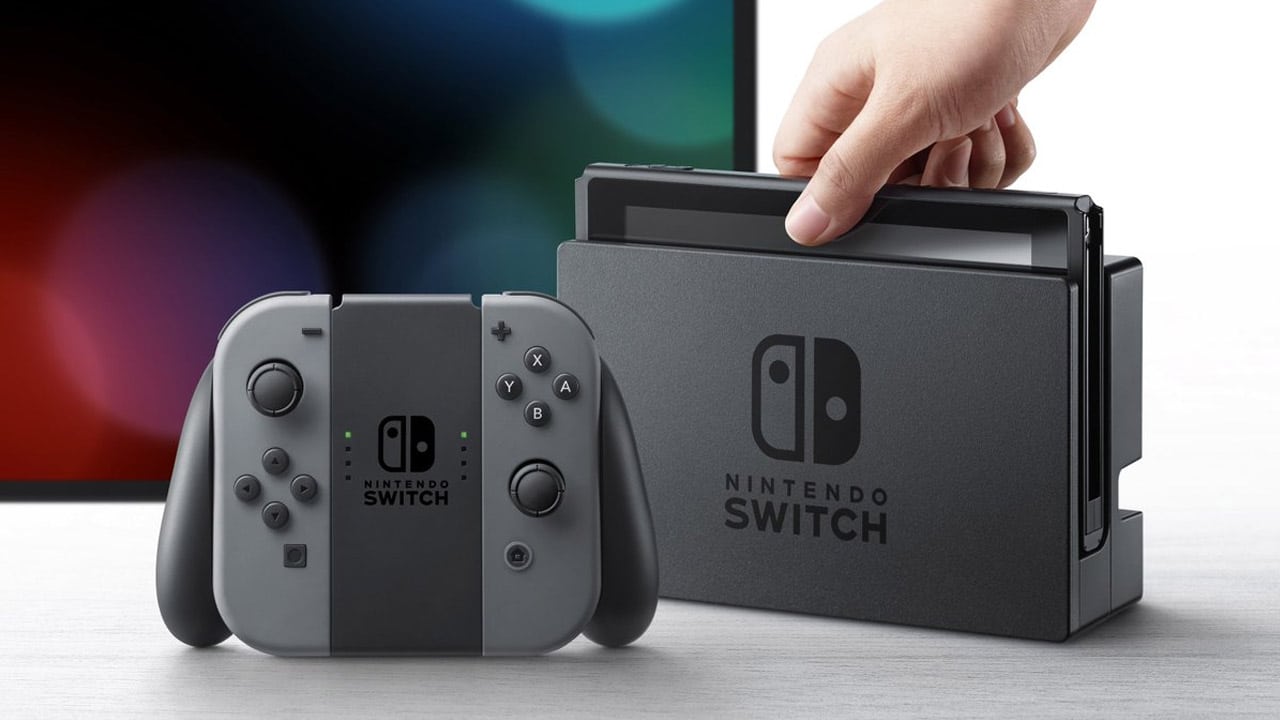 Nintendo’s cool new console was announced back in October, but most of the juicy info was kept under wraps; that ends now.

The brains behind the Switch took the stage earlier today to make lots of important announcements for the tablet-like console that can be docked and connected to a television, or taken with you wherever you go with its detachable controllers. 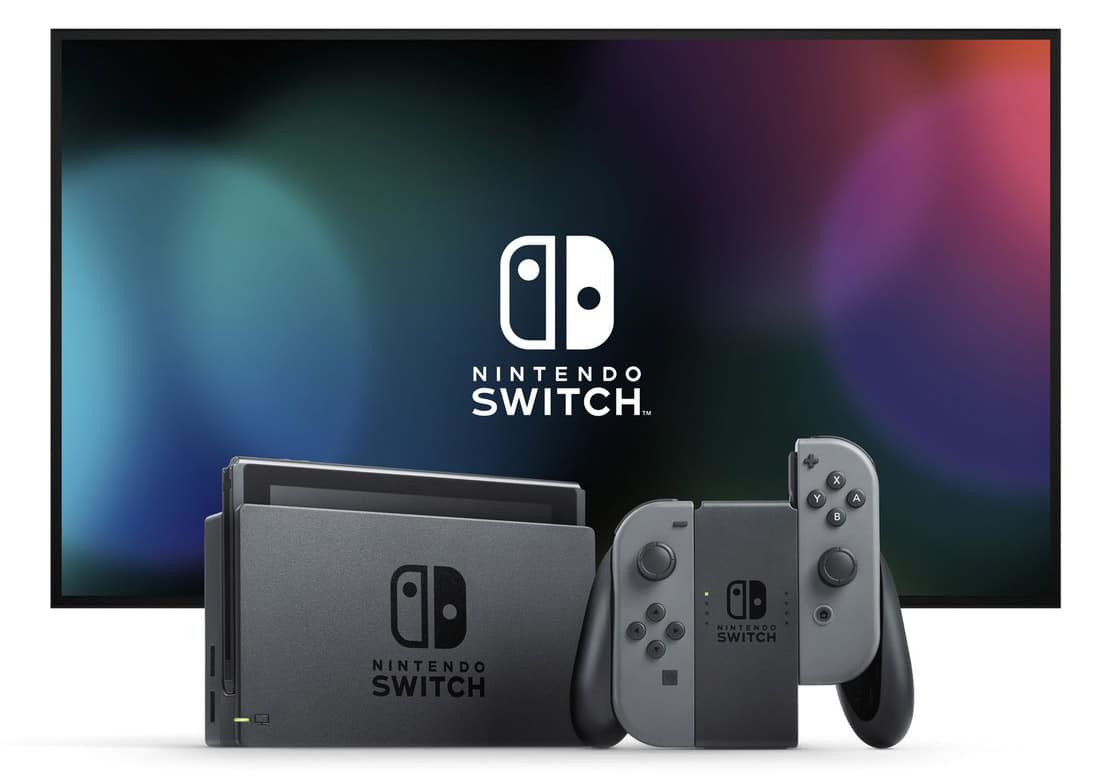 Unless you watched the whole event and took down notes, it’s tough to keep track of everything. We’ll make things easier for you with some of the more interesting points:

It won’t be region-locked

Something all gamers frown upon is region-locking; this means you can only play games from the same region where your console was bought (e.g., Japanese games on a Japanese console, US games on a US console). That won’t apply to the Switch, so you can buy games from anywhere in the world without worrying about it not working on your unit. 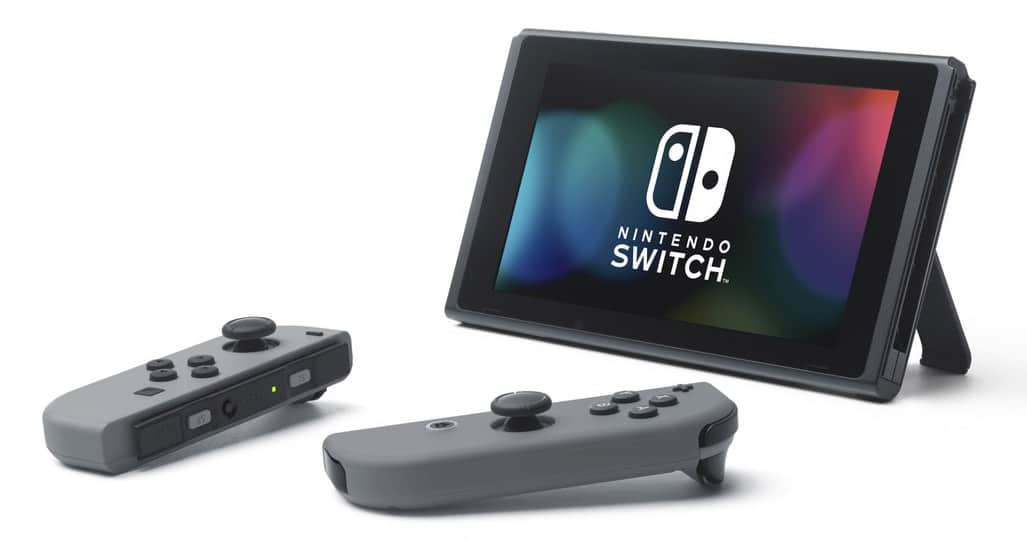 Online play will be free, for now

Until fall of 2017 (end of September), playing online with the Switch will be free, and then you’ll have to pay for a monthly subscription to continue the service. The good news is you’ll get a free classic NES or SNES game each month. Which ones exactly, we’re not sure yet.

Legend of Zelda: Breath of the Wild will be a launch title

Zelda fans, rejoice! The latest installment in the long-time series will launch along with the console. It’s been the go-to game during promotional demos for the Switch, and it looks fantastic so far. 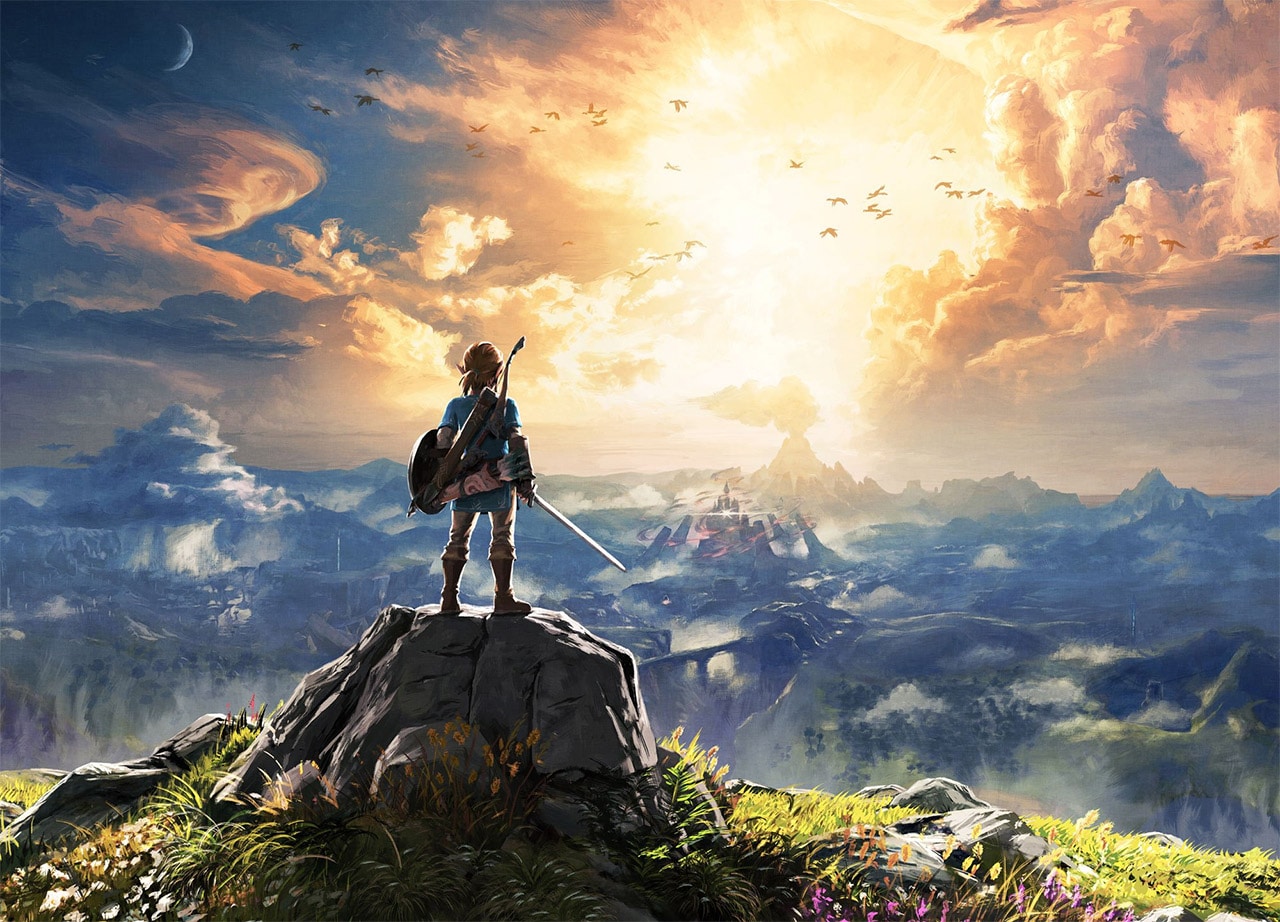 No Nintendo console is complete without a Mario game. The open-world Super Mario Odyssey is its first, and it’s a lot like Mario 64 on the Nintendo 64. Expect it to hit stores in time for the holiday season at the end of 2017.

The tablet part will last a decent amount of time

Everyone’s worry about the detachable part of the console is its battery life. According to Nintendo, the tablet should last more than six hours on a single charge. But that’s for light gaming; titles like Legend of Zelda: Breath of the Wild will run for only three hours before needing a recharge through the USB Type-C port — same as what your smartphone probably uses.

The tablet’s specs are good enough

Like any modern-day slate, the display’s pixel resolution is vital for sharp visuals. For the Switch’s case, its tablet has a resolution of 1280 x 720 on its 6.2-inch capacitive touchscreen. Not so great, but needed to maintain a lengthy battery life. It also has 32GB of built-in storage that may be expanded using a microSD card.

Joy-Con controllers will be expensive

Although you get a pair of Joy-Con controllers in the package, buying extra sets will cost you a pretty penny. A new pair will cost $80, and buying only one of the two will set you back $50. Their charging grip costs only $30, and the Pro version of the controller retails for $70. 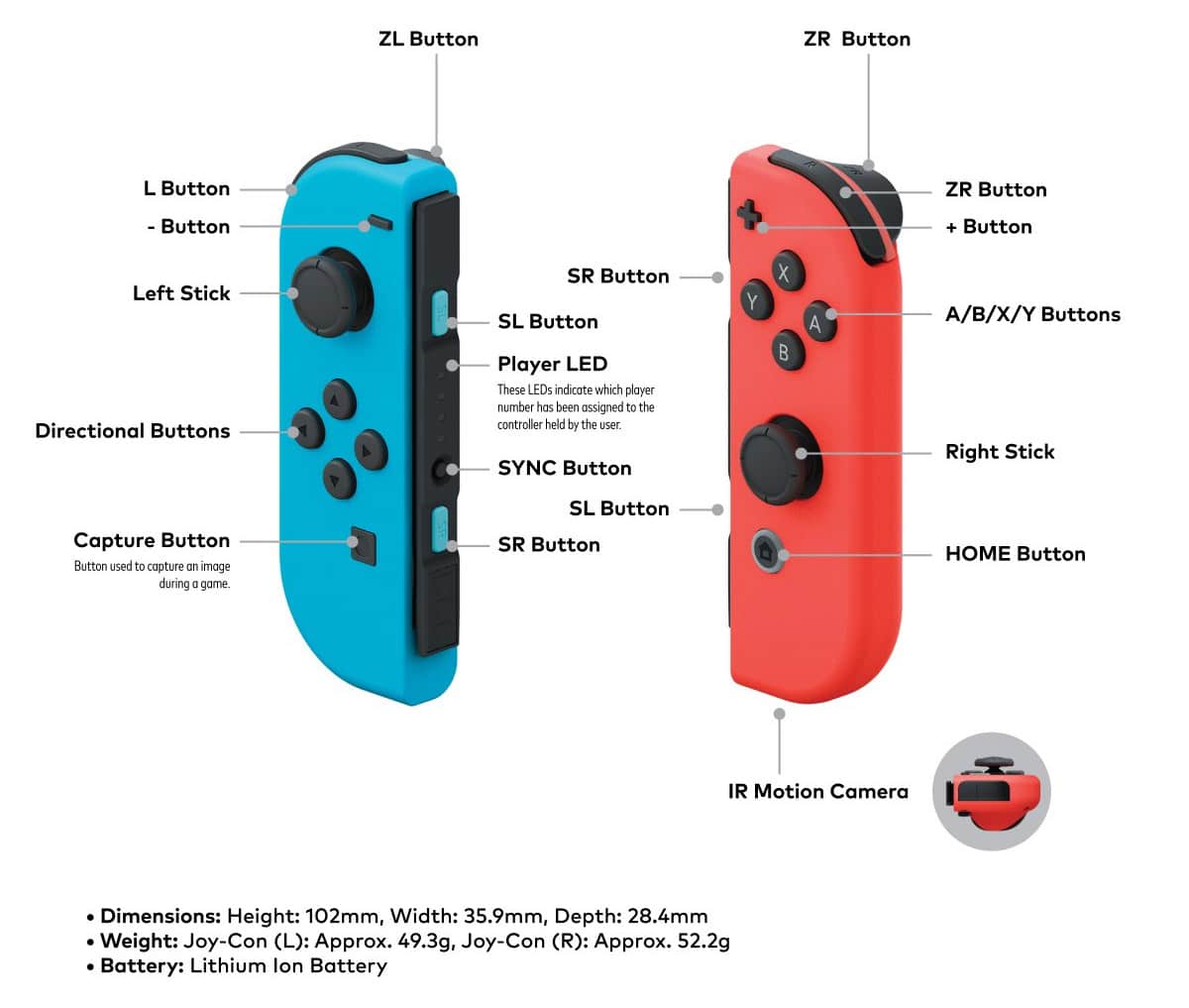 In exchange for the high prices, the controllers offer lots of features, such as motion detection, object detection, and advanced vibration feedback, plus two sets of colors to choose from: neon red and neon blue, or plain gray.

The Switch will retail for $300 and ship soon

For all the goodies you get in the box, $300 is a pretty good deal, especially when you compare it to the other current-generation consoles, the Sony PlayStation 4 and Xbox One. It’ll be available in the US by March 3 — that’s less than two months to go! Japan, Hong Kong, and other Asian countries may get it on the same day. 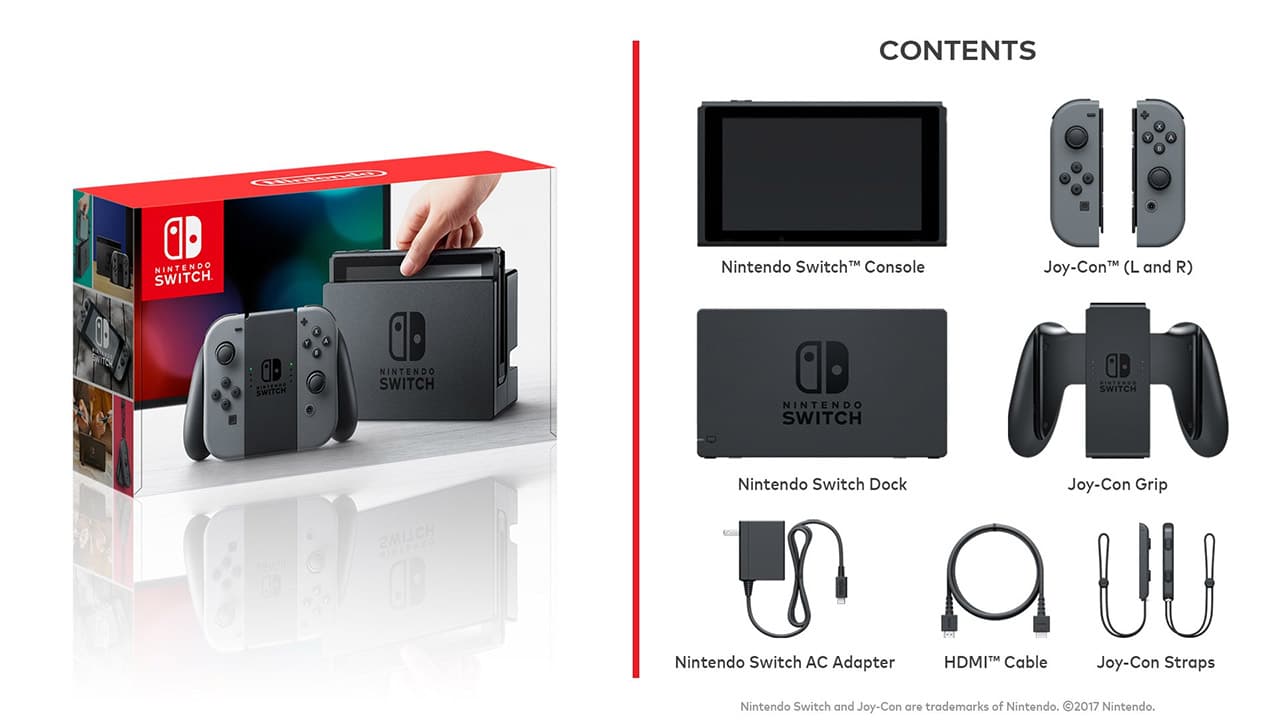