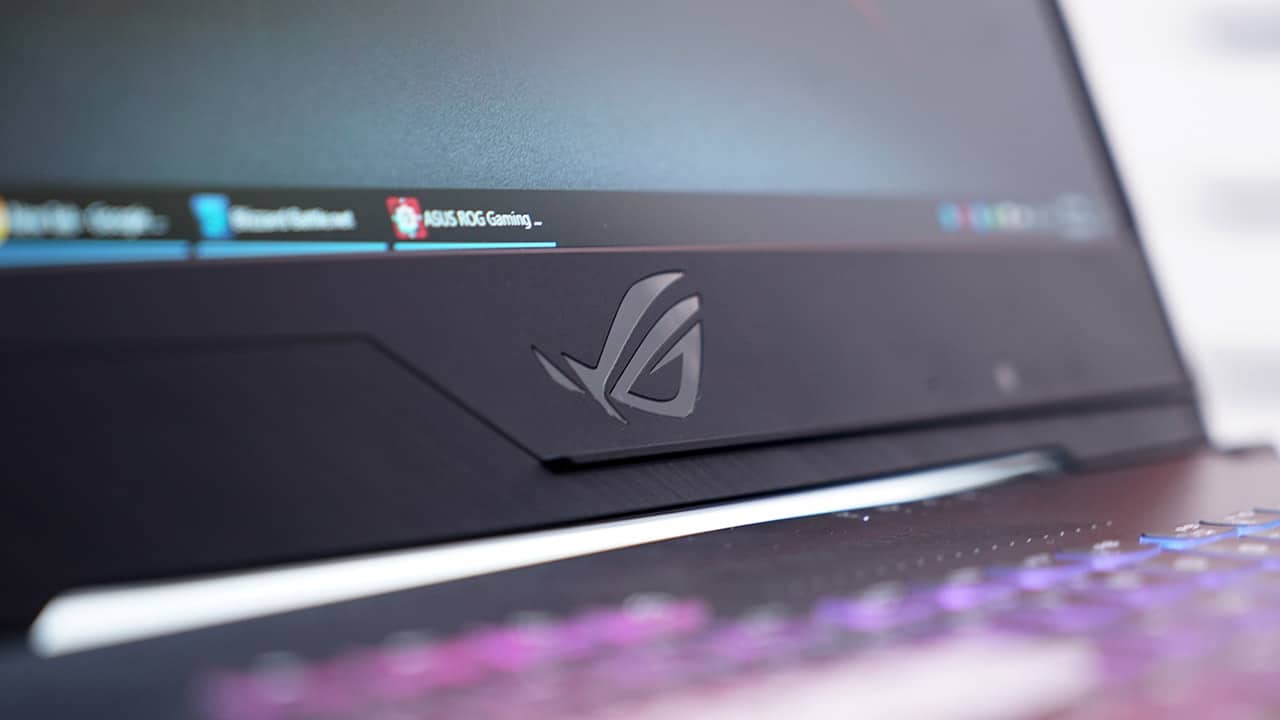 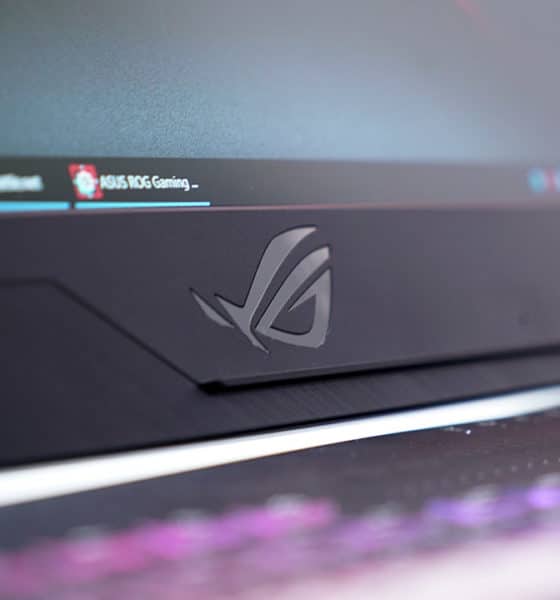 Not limited to MOBA gamers

ASUS had a grand appearance at Computex two months ago, mainly because the ROG Phone stole the show. But that wasn’t the only hero product the Taiwanese brand had up its sleeve.

The ROG Strix Scar II and Hero II, which are successors to the popular Strix line of gaming laptops, shared the spotlight, as well. I had the privilege of going hands-on with the Scar II and was largely impressed by its aggressive design and balanced features. Missing, however, was the Hero II.

Although the Hero II is mostly identical to the Scar II, its primary difference is the audience it caters to: MOBA (multiplayer online battle arena) gamers. Those who enjoy titles such as League of Legends and Dota 2 are more inclined to go for this variant over the Scar II, which is targeted more towards fans of Overwatch and Call of Duty.

Truth be told, there isn’t much to compare aside from a set of keyboard adjustments and certain specs (the Scar II can be equipped with a GTX 1070 while the Hero II settles for a GTX 1060), and if you’ve read my initial impressions of the Scar II, you’ll have a good idea of what to expect from the Hero II, which is finally in my hands. 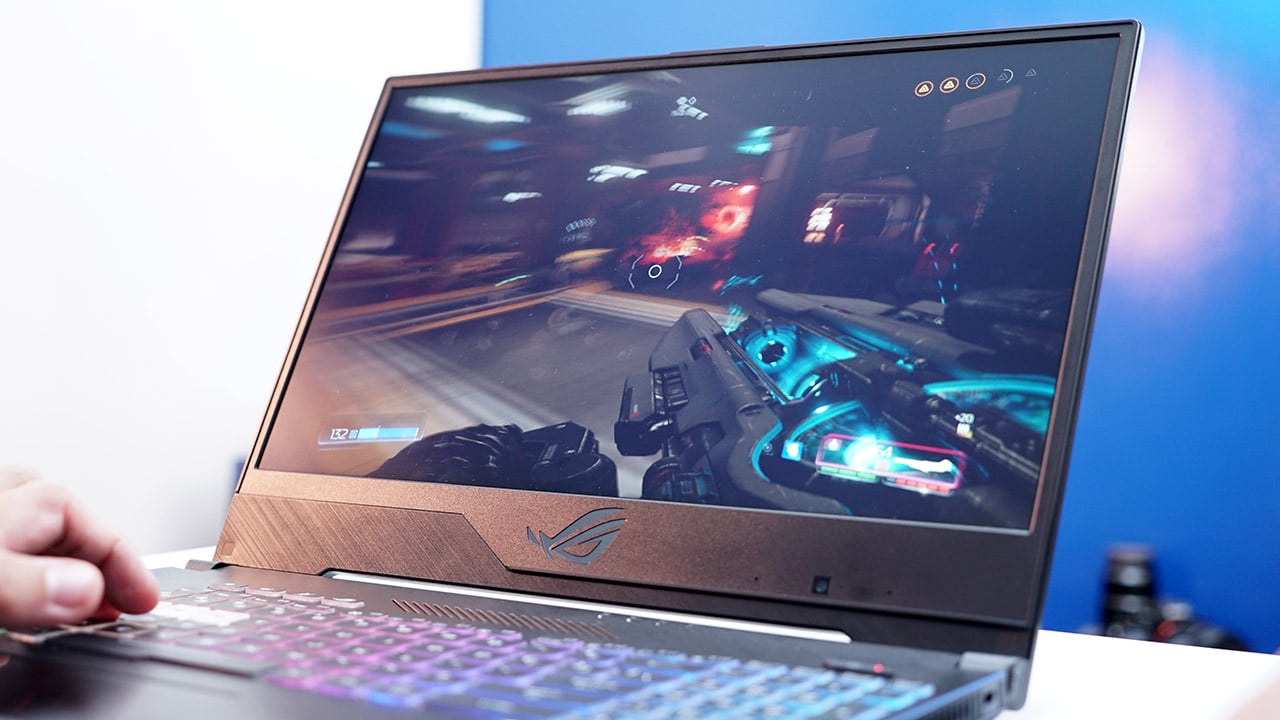 Bezels are kept to a minimum on the sides and top 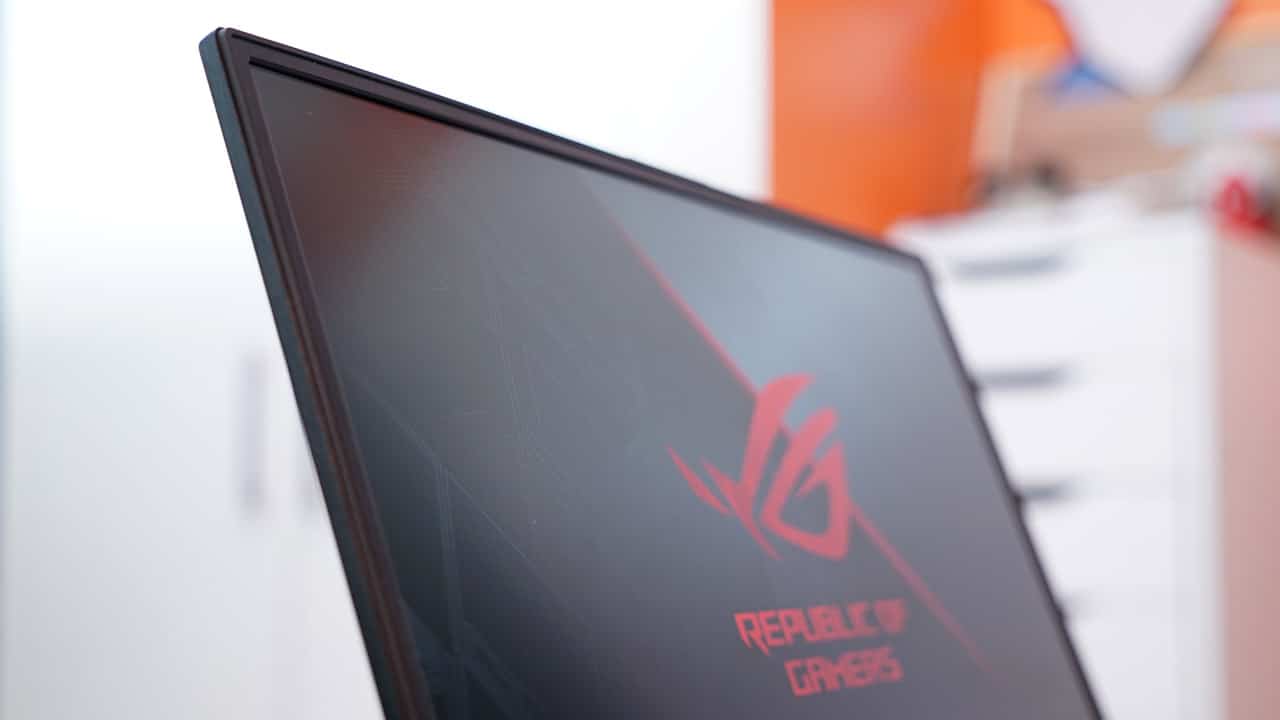 This gives the display a more immersive feel

But that moves the webcam to the bottom bezel 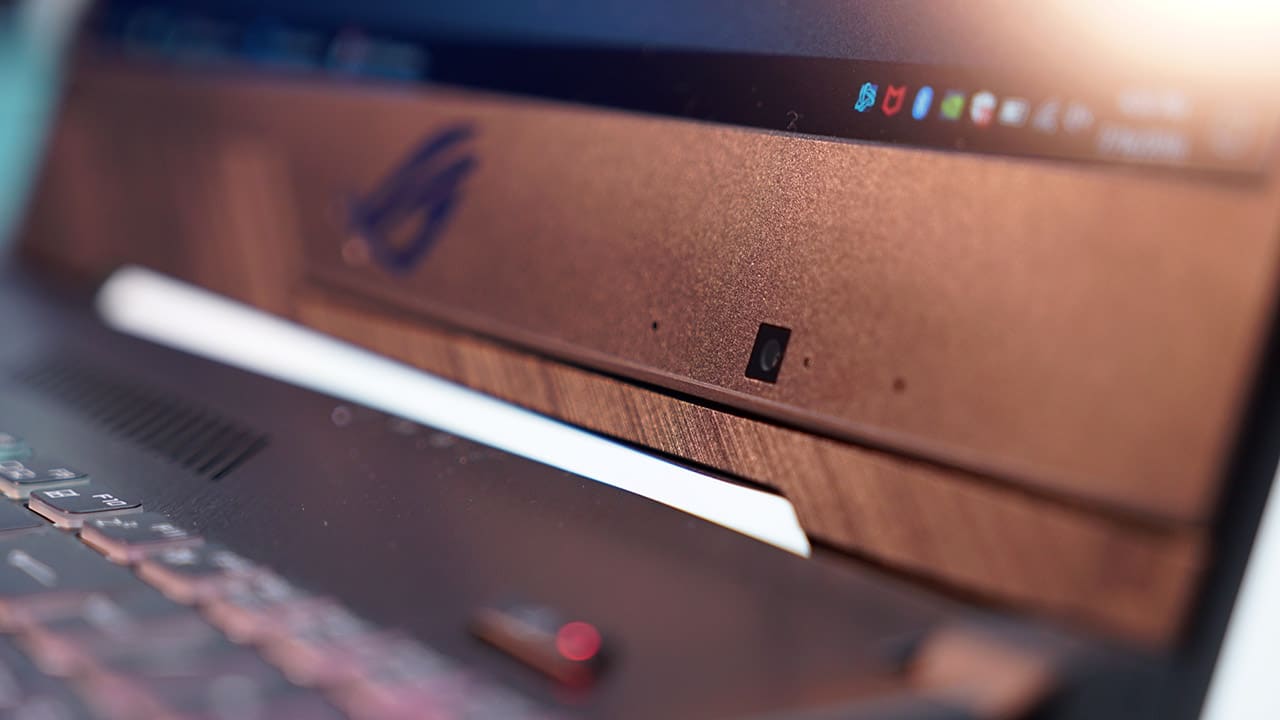 It’s not even centered, so video calls are terribly awkward

The keyboard has good travel and RGB lighting 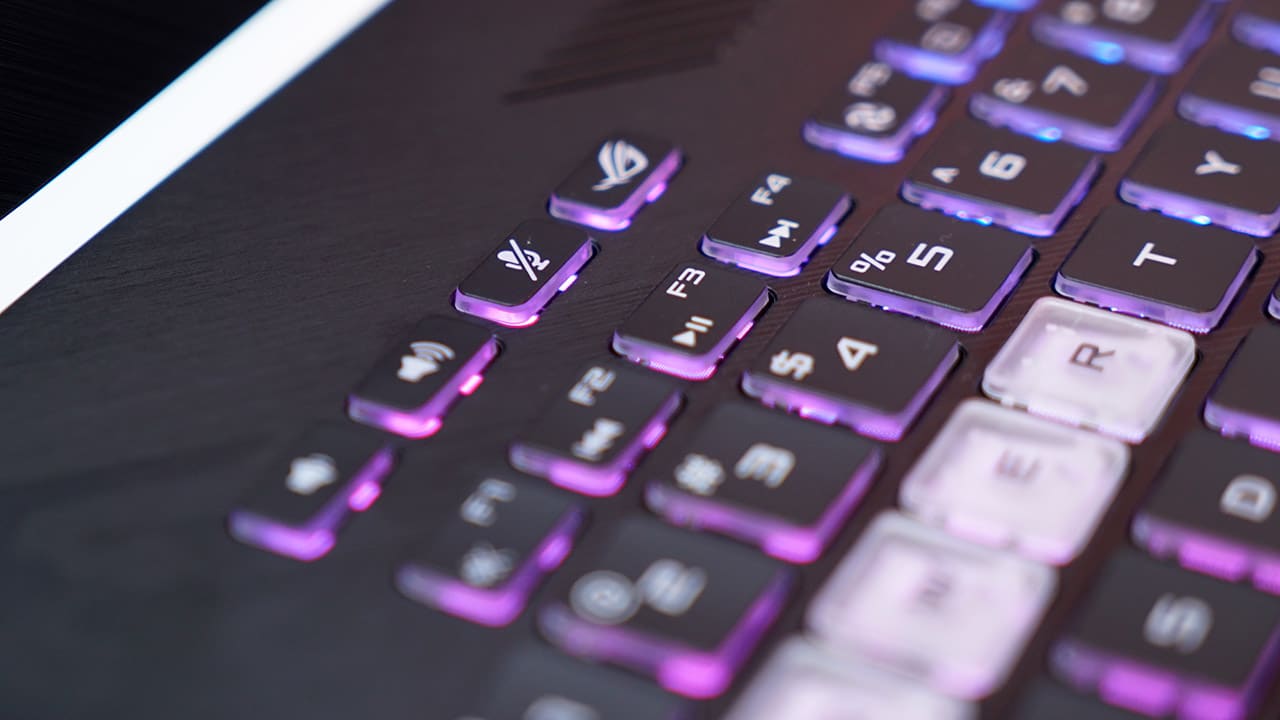 Four distinct buttons on top control volume, the mic, and the Gaming Center

And the QWER keys are more prominent for MOBA games 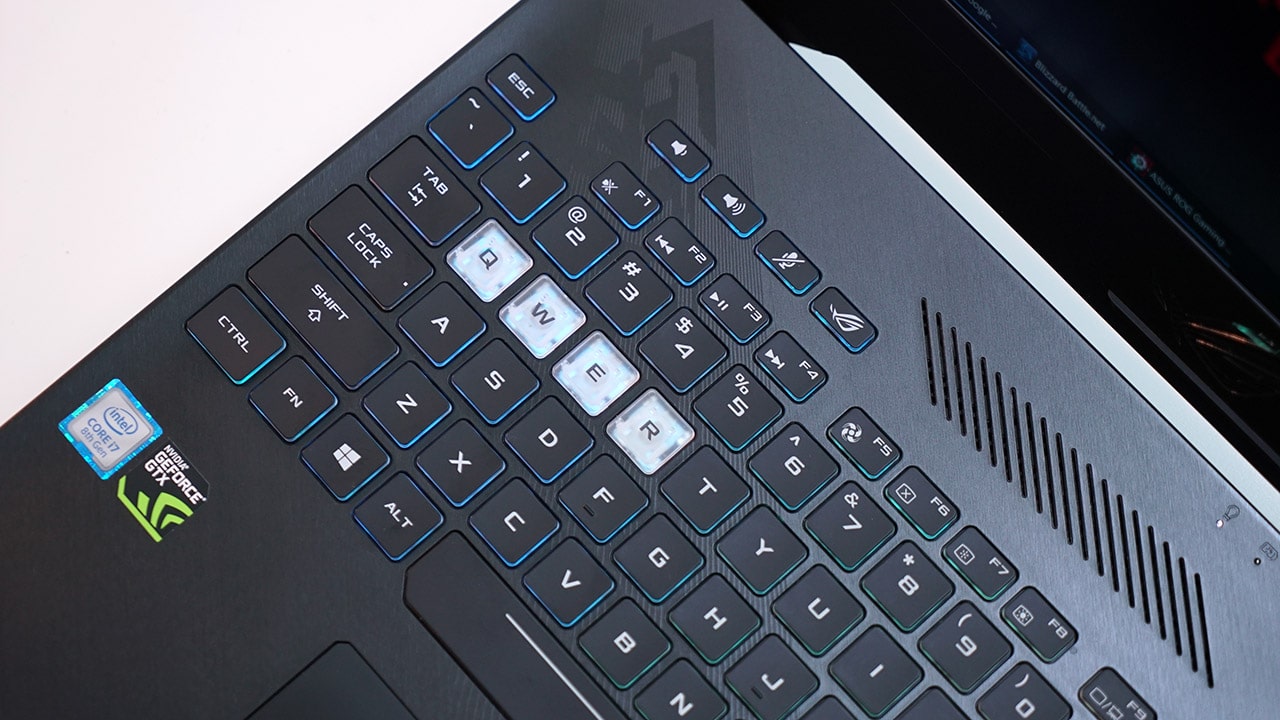 Even the bundled mouse has its own RGB lighting 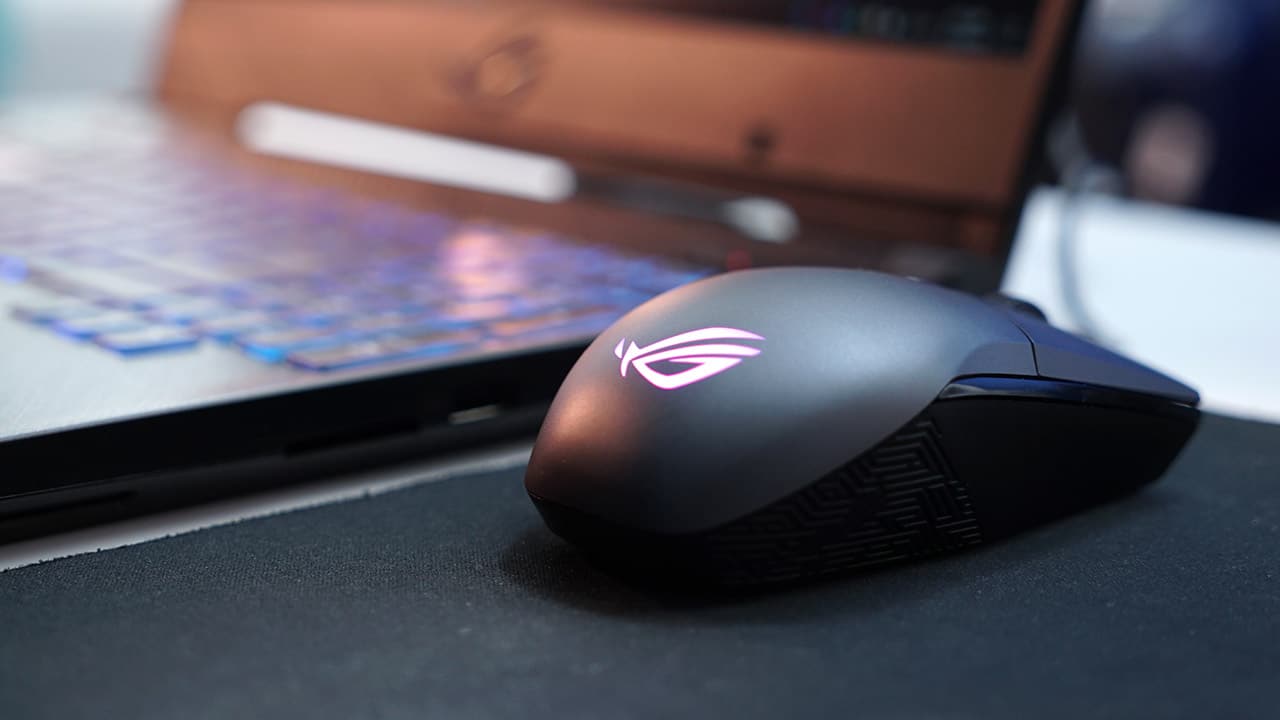 Even though the trackpad is decent, you’re better off using the mouse full-time

There’s additional lighting below the trackpad 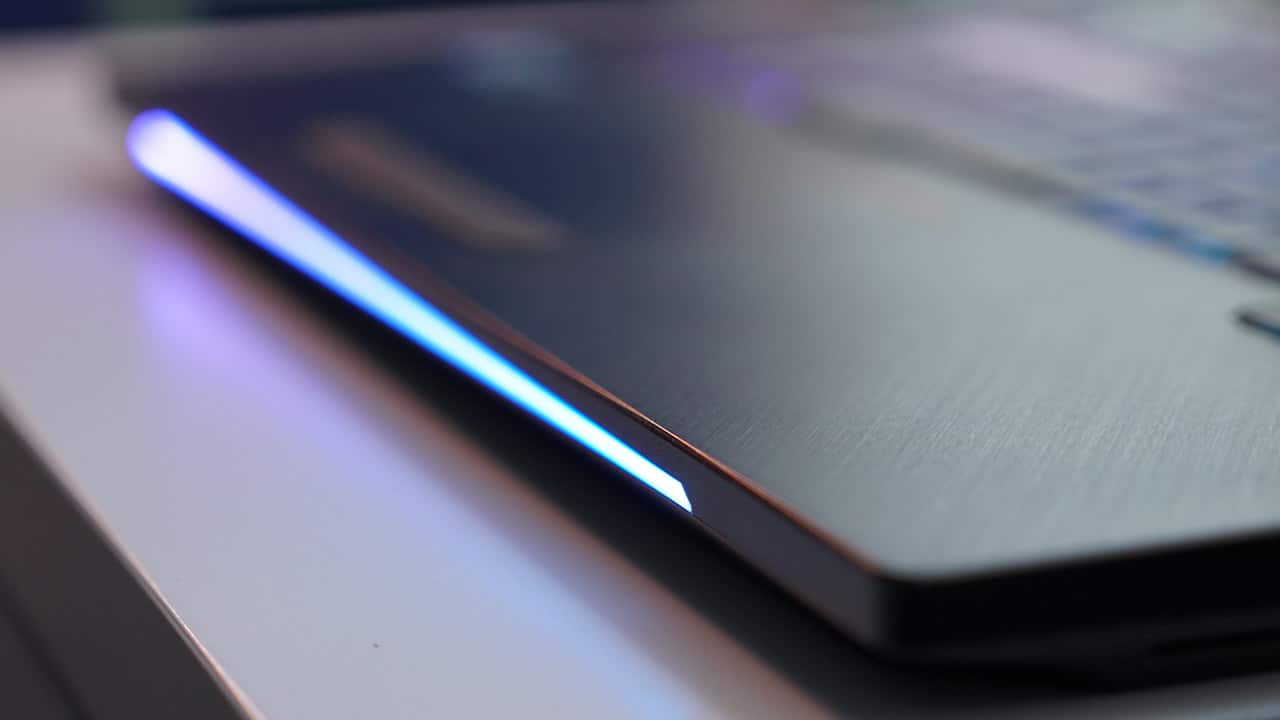 I never found this useful, but it certainly looks good 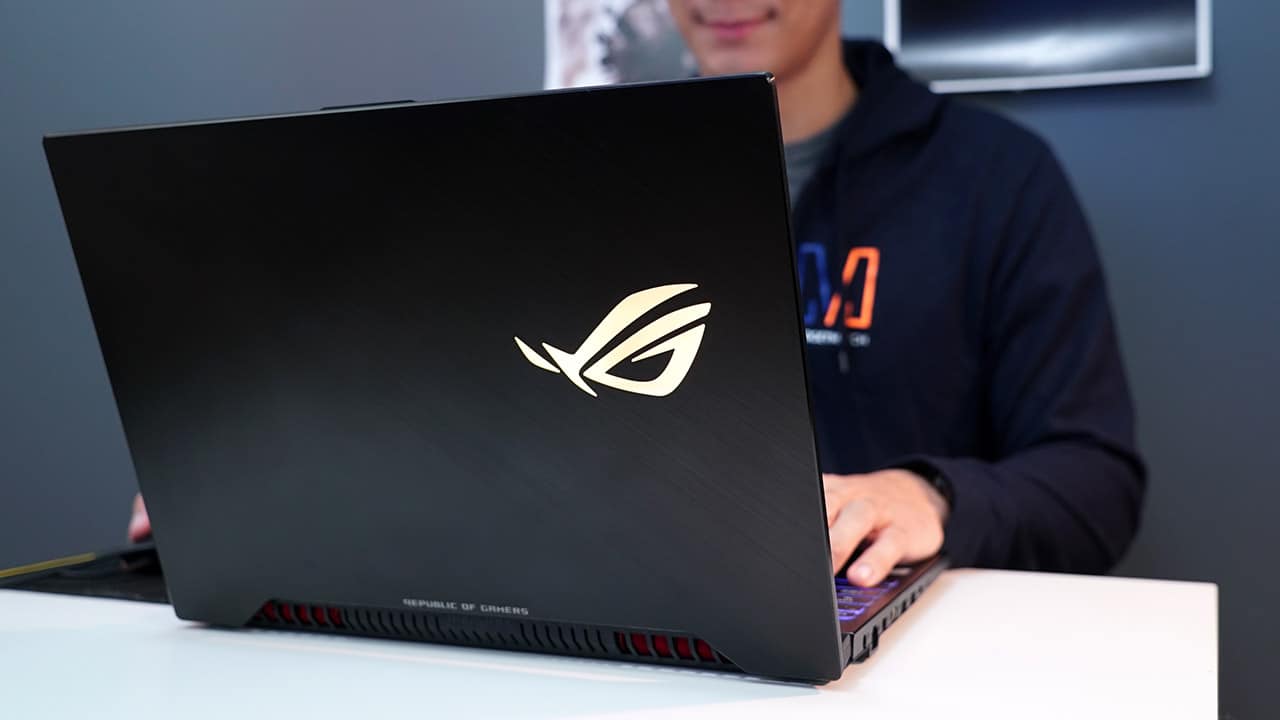 This is yet another purely cosmetic yet appreciated feature

These are the ports on the left side

And these are found on the right

You’ll only find exhaust vents on the rear 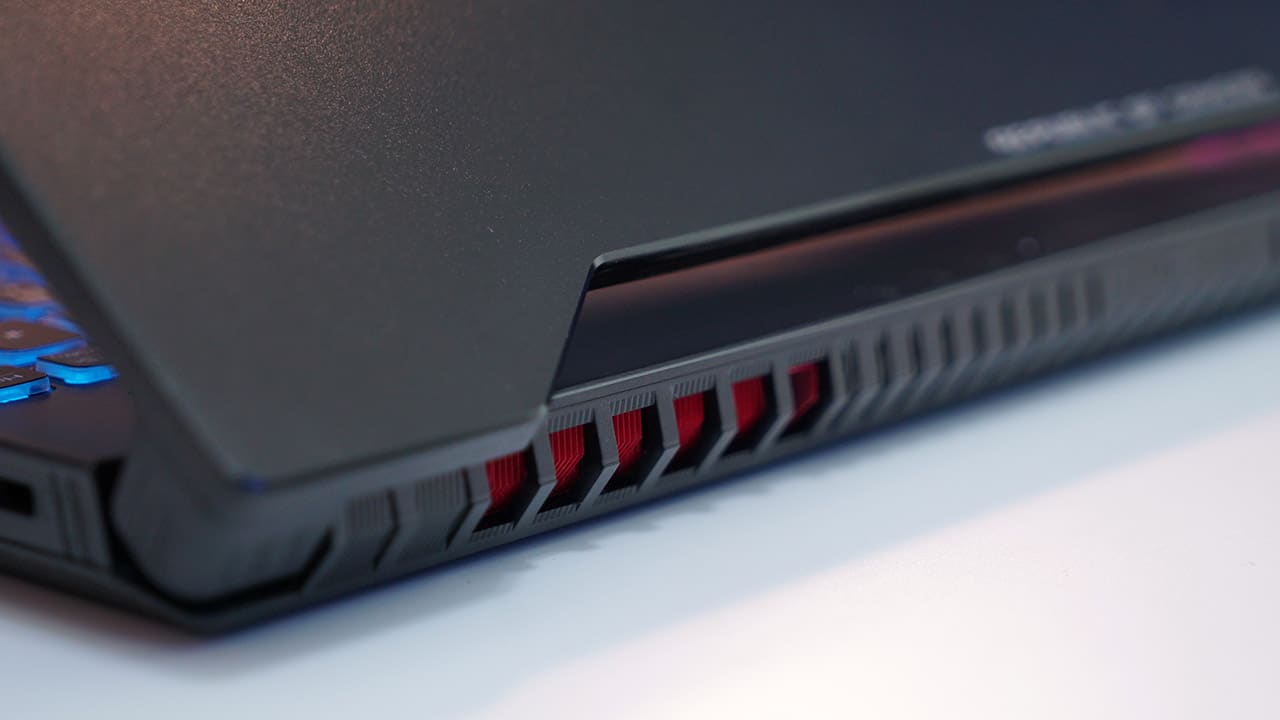 If there’s one thing you can rely on with this machine, it’s the hardware. From the 8th-generation Core i7-8750H processor with six cores and Hyper-Threading to the full-powered GeForce GTX 1060 graphics chip, the Hero II is equipped to compete.

And you shouldn’t expect anything less specs-wise, because you need all the power you can get to maximize the high-caliber 144Hz panel. The display, by the way, doesn’t come with NVIDIA’s proprietary G-Sync tech to prevent tearing and stutters at certain frame rates, so it’s all on the components to keep things running smoothly. 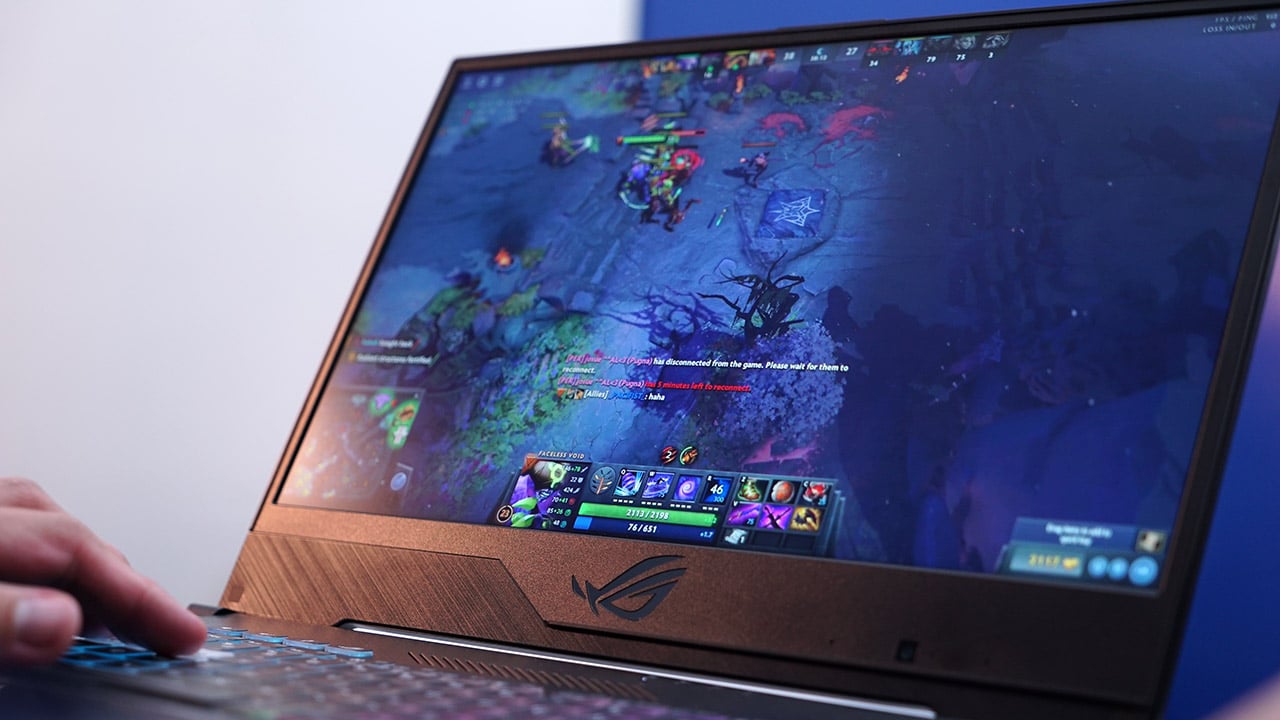 It goes without saying that the Hero II can handle the latest AAA games on medium to high graphics settings, though hitting 144fps may be a struggle on some titles. Not that hovering between 80 to 100 frames per second is bad, but it’s a shame that you can’t make full use of the super-fast panel.

Here are a few benchmark numbers to give you a better idea:

Can it stay cool?

ASUS made sure to equip both Strix II laptops with sufficient cooling to prevent the mobile components from melting on your desk. Its system is called HyperCool Pro, and it includes two 12V fans with the ability to boost them using built-in software.

As for actual temperatures, the CPU would hit 81 degrees Celsius under the heaviest of loads. At the same time, the GPU goes as high as 71 degrees Celsius in the same conditions. While these are fine for air cooling standards, the fans do get a bit loud when being pushed too hard.

You can choose between Silent, Balanced, and Overboost for the fans — the third one is obviously the loudest. And even though the system’s fans are relatively quiet while the system is idle, I don’t appreciate the placement of the rightmost fan, which hits my mouse-using hand. Laptops normally position this to the left where hot air shoots away from the user.

On the bright side, using it on your lap is pleasant. At 2.4kg in weight, it’s not that heavy and doesn’t get warm enough to cause discomfort underneath.

Does it last long enough away from a wall?

This is probably the biggest fault of this Strix generation. For the thickness the Hero II brings to my lap, I would’ve expected much better battery endurance on a full charge.

Even without touching a single game and using the Hero II purely for surfing the web and watching a few videos on Netflix and YouTube, it rarely lasts over three hours. This is after bringing the laptop’s battery to 100 percent and lowering the screen’s brightness to 50 percent. 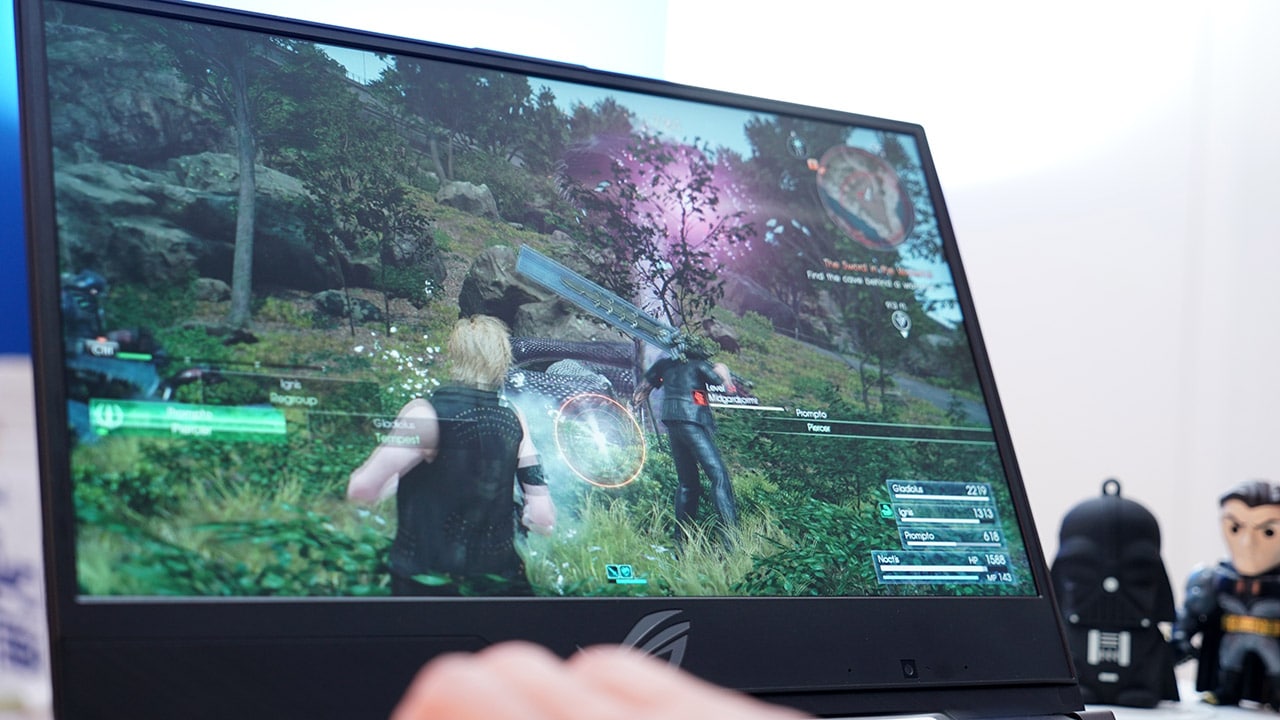 That’s disappointing by any laptop standard (unless you count the monsters we used in the past), although the Hero II obviously isn’t meant for non-gaming use on the go in the first place. Keep it plugged in and find another laptop to take on work trips — problem solved.

Battery life aside, the Hero II is a surprisingly good multimedia device because of the loud and clear stereo speakers. They’re positioned to the sides unlike the usual bottom-firing speakers, and have strong bass even though they output only 3.5 watts of power. Coupled with the thin bezels and color-accurate panel, watching movies on this laptop is a great alternative to just gaming on it.

This Strix also features multi-antenna Wi-Fi for better wireless internet connectivity. I tried this out in different locations with varying degrees of distance from routers, and I’ve been impressed with the range. The Hero II picks up signals flawlessly, so I don’t have to rely so heavily on the Ethernet port.

The Hero II wins for two reasons alone: its super-slim bezels around the fast display and well-rounded specs. I can’t get enough of the color-accurate panel and the lack of distractions around it, while the 8th-generation processor and desktop-grade graphics provide all the power needed for competitive gaming.

There are only a few drawbacks here, namely the overbearing thickness for a midrange setup and horrible webcam placement. I also wish the fans were positioned better, but at least they keep the system well cooled. 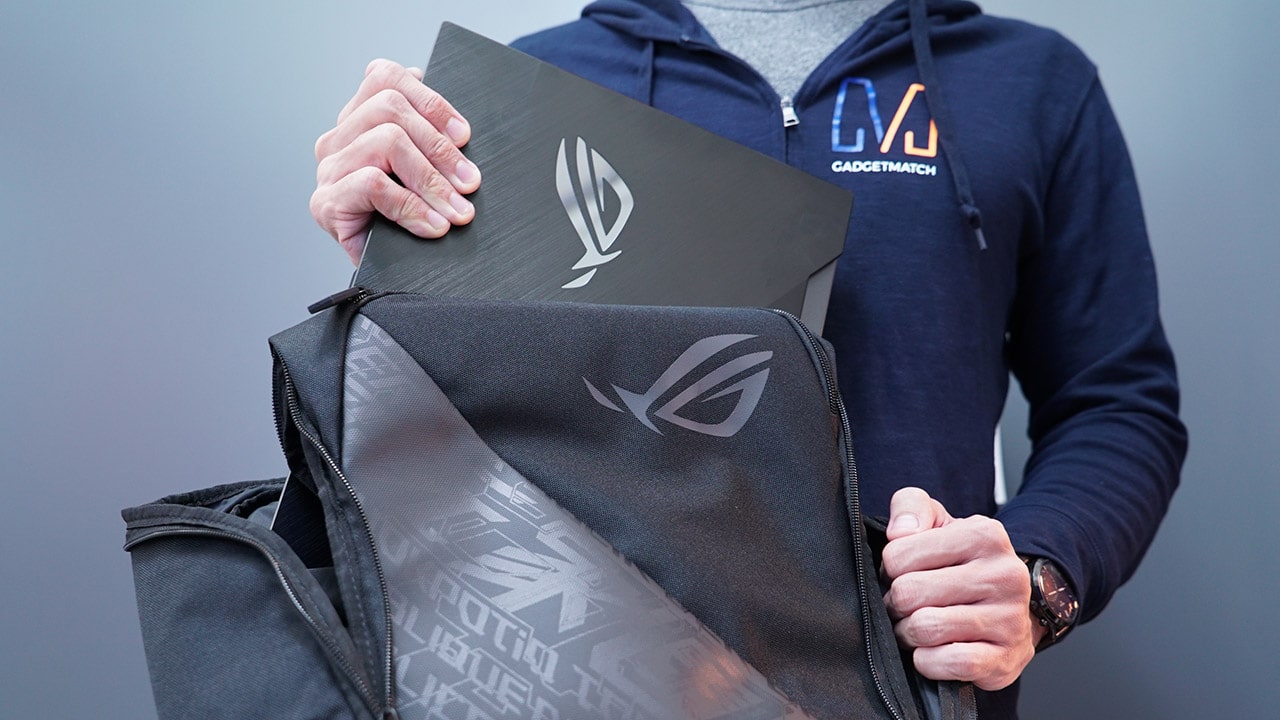 My other critique is about the way ASUS treats this Strix generation. I honestly would’ve preferred ASUS keeping the Strix II branding sans the Hero and Scar variants. MOBA gamers play FPS (first-person shooter) games too, and vice versa.

The Hero II configuration I got to review retails for around US$ 2,000, but that can easily change with some component tweaks, such as going for a slower Core i5 processor and taking in less RAM. No matter what, however, the solid physique and sleek design come along for the ride.