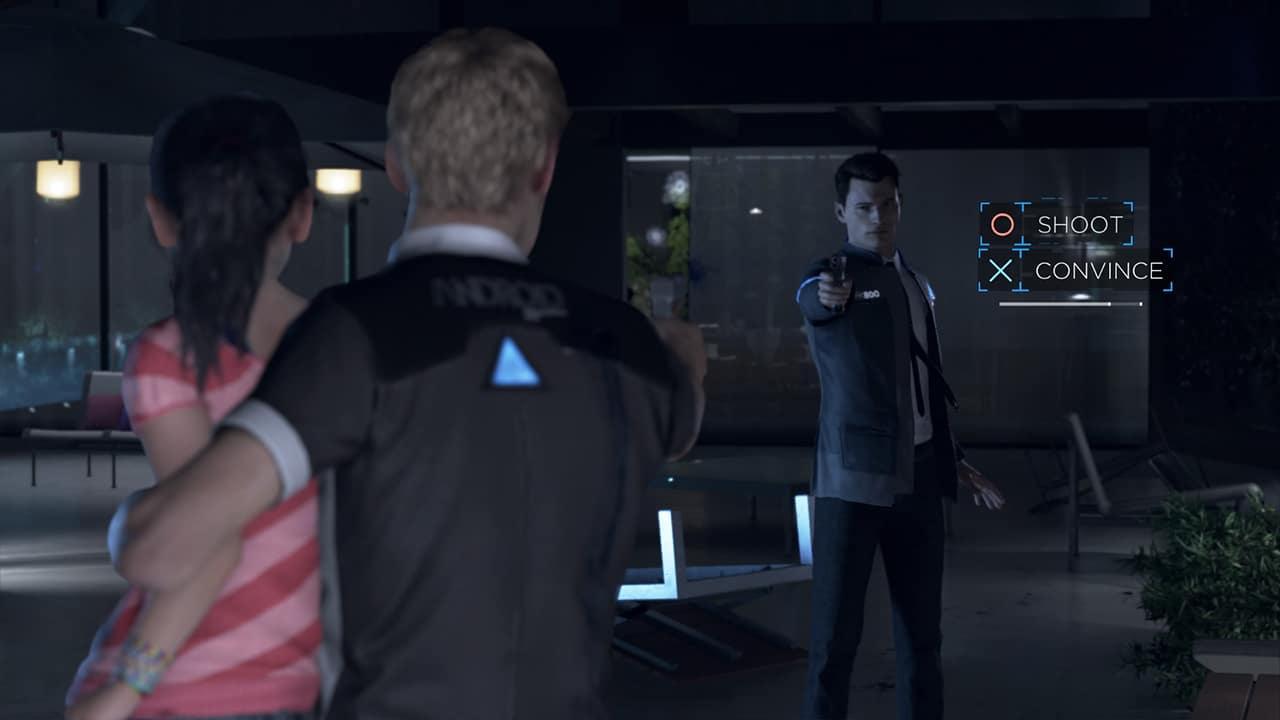 Throughout video game history, the element of choice has never factored prominently towards a game’s progress. Even with an abundance of gameplay elements, video games always corral you to its own desired ending.

With Detroit: Become Human, developer Quantic Dream completely leaves that option to you. Besides a unique cinematic experience, Detroit brings a complete create-your-own-adventure set inside a near-future sci-fi world. 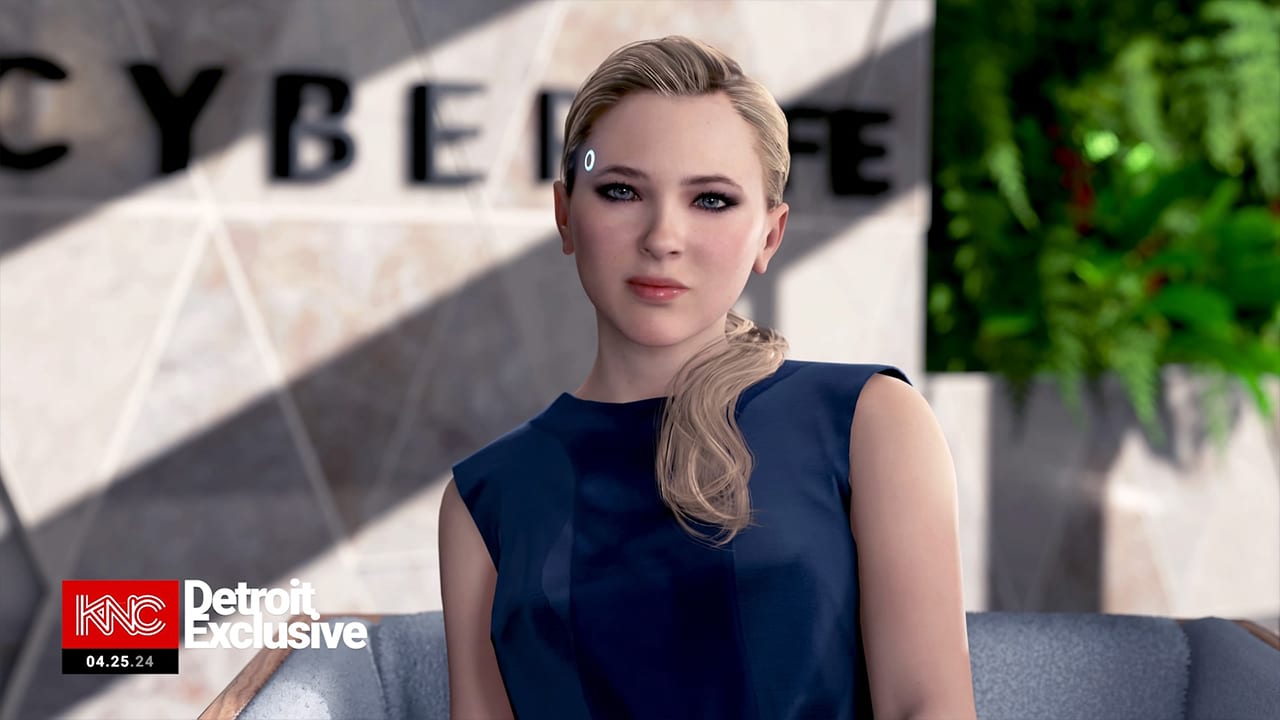 Like its predecessors Heavy Rain and Beyond: Two Souls, Detroit: Become Human mixes its plot seamlessly with its gameplay. Because both are so intertwined, it becomes impossible to talk about one without the other.

Detroit brings us to its eponymous city in 2038. Despite being set two decades into the future, the Motor City doesn’t differ greatly from how it is now. Cars, houses, and clothing styles strangely look the same. However, for all its similarities, the Detroit (and everywhere else) of the future differs in one crucial aspect: artificially intelligent androids exist.

As predicted, humanity has invented compliant and intelligent robots that can do our bidding as servants, companions, and even occasional lovers. Unfortunately, things aren’t as smooth as they seem. Everywhere, androids have started to rebel against their masters. Humanity would call them “deviants.”

In Detroit, you control three androids portrayed through their own respective points of view. Connor is a prototype police android tasked with investigating why androids are turning deviant. Kara is a housewife managing an abusive father’s house and his daughter. Markus is a companion robot caring for an aging artist. 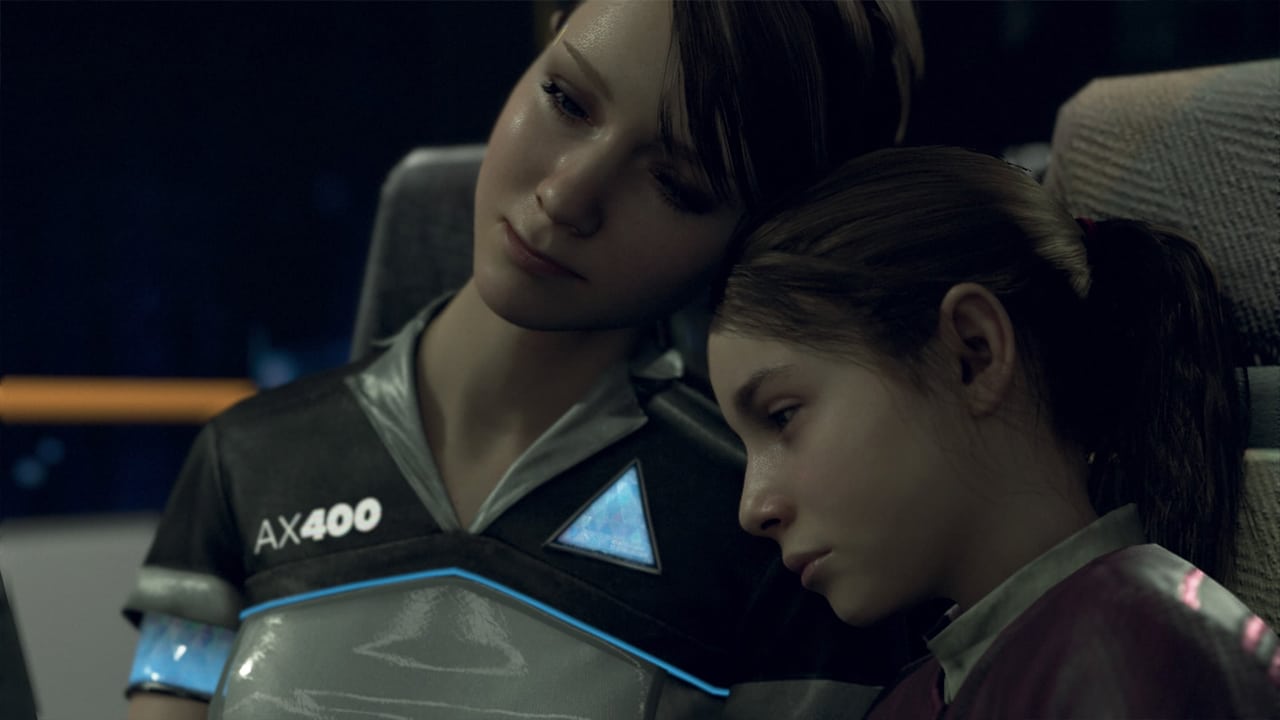 With three characters, Quantic Dream created three distinct perspectives to separate each story from the other. Besides three collaborative ones, each chapter takes on a different tone and theme.

From gameplay elements to the soundtrack, each perspective is its own story. Even if you isolate them as separate stories, they can still exist individually as an adequately drawn game.

For the most part, every character is isolated in its own world. Detroit successfully created different moods for each story. Connor’s story and gameplay takes on a CSI vibe. Kara’s story has a more familial vibe. Finally, Markus’ story has a more revolutionary tone. 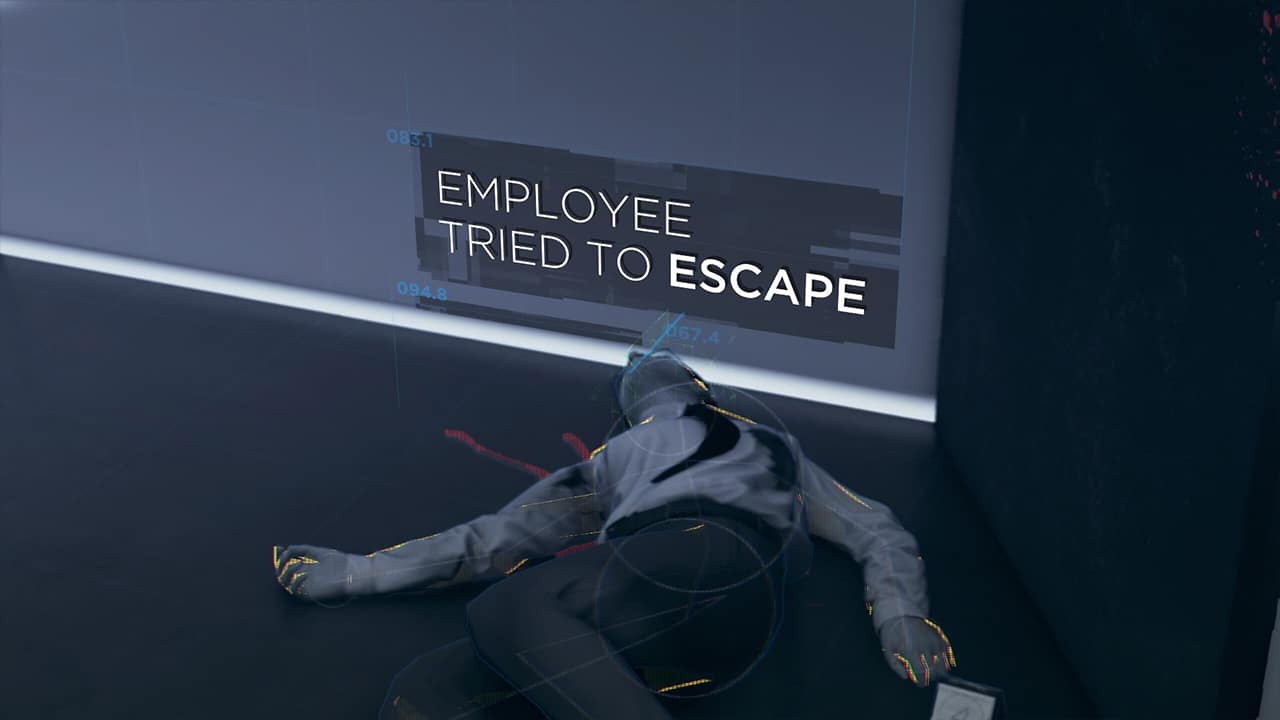 A well-written science fiction story is always an excellent medium to depict a cautionary tale of the future a la Black Mirror. Like that show, Detroit starts off with an optimistic, well-rounded vision of the almost-near future. In that vision, androids have elevated humanity into new technological levels.

Unfortunately, this breath of fresh air eventually degrades to an on-the-nose civil rights story. From the onset, Detroit already hints that android rights lack the same modicum of respect that human rights do.

While civil rights stories shine in the spotlight today, Detroit hammers it down a little too much. Case in point, the story’s android rights movement uses too much historic taglines like “we have a dream” and “we think therefore we are.” Despite its create-your-own nature, Detroit really wants you to care about its androids.

For what it’s worth, its background worldbuilding excels. Through in-game magazines and TV screens, the game explores other facets of 2038’s world — politics, sports, interpersonal relationships, and transportation. 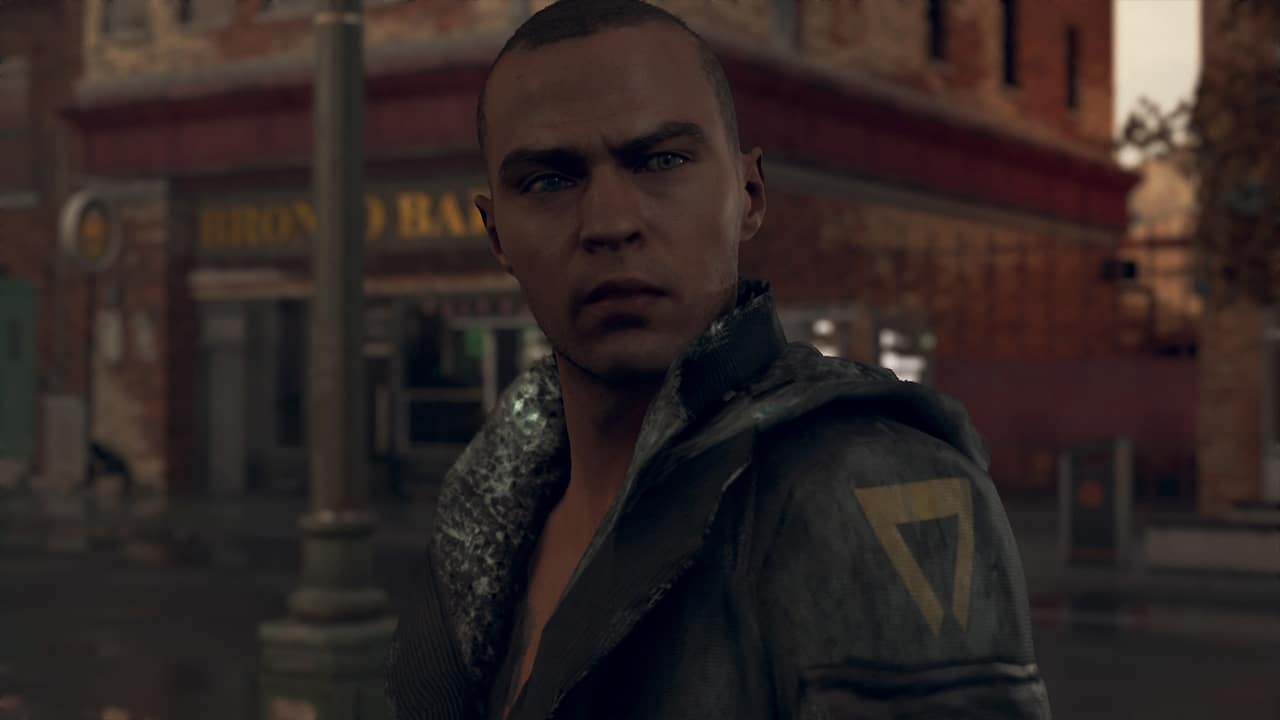 Thankfully, yes. As with Quantic Dream’s other games, Detroit features a vast river of branching paths. Every decision — whether major or trivial — affects future chapters. Even missing a single slip of paper in one scene blocks you from significant decisions in future scenes.

Despite the allure of unlocking every option possible, the game naturally blocks you from achieving — or at least, unlocking — every option. Some scenes even lock users into time limits, both explicitly shown and hidden.

Further, developers have also highlighted the game’s permadeath options. A persistent worry, however, is if Detroit will have copouts when it deals with death. Thankfully, death is a real option in the game. In my first playthrough, a key character didn’t make it to the end credits. While there are some copout moments, permadeaths for both side and main characters remain a possibility throughout.

Fortunately, Detroit shows you which branches and options you’ve unlocked during your playthrough. The developers adamantly encourage gamers to finish a playthrough first before backtracking into new branches. However, the temptation to replay a chapter is always there. 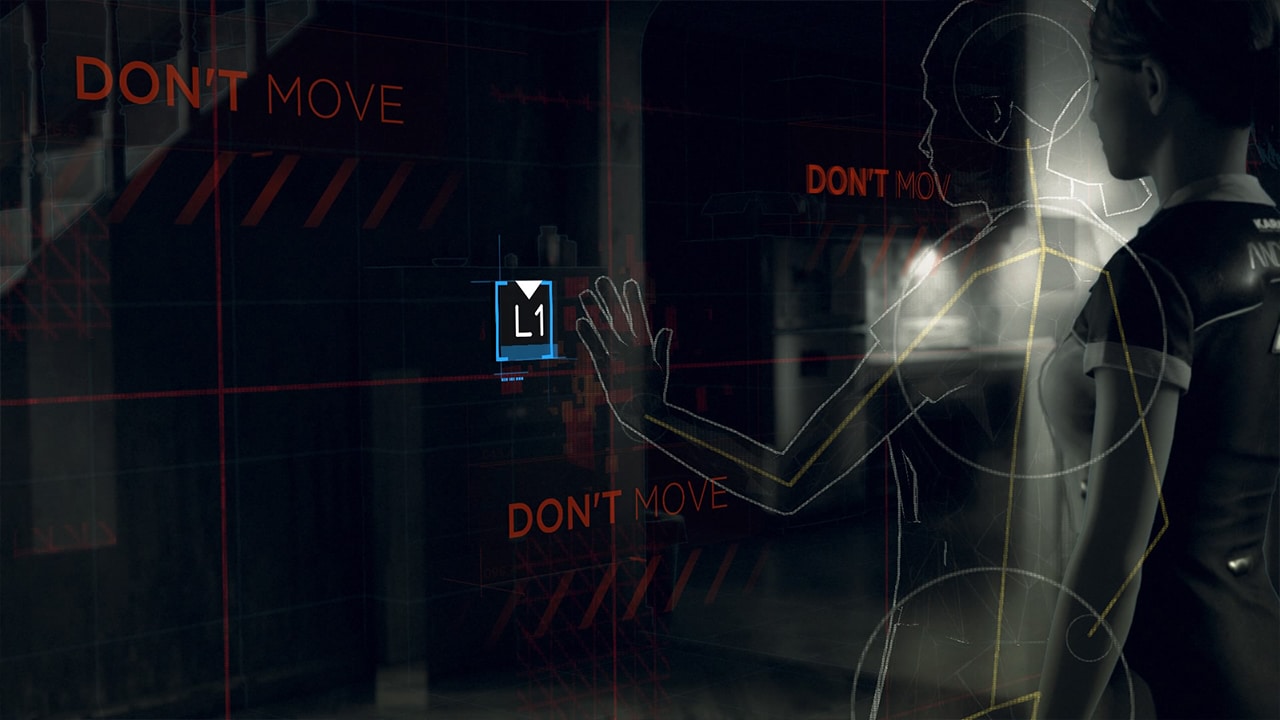 Unlike most games, Detroit does not have a standard verb set. Besides the traditional movement stick and some interfaces, there are no dedicated run, use, and shoot buttons. Random prompts often appear to perform certain actions.

Usually, this isn’t a problem. In a laidback investigation portion, prompts are easy enough to decipher. However, as is the norm with Quantic Dream, the game also includes nerve-wracking quick-time events (QTEs) to get through action and chase scenes. While this is the best use of the janky controls, it’s not the best way to tell a story. The harried pressure to press the right button in time often takes away from the game’s cinematic element. 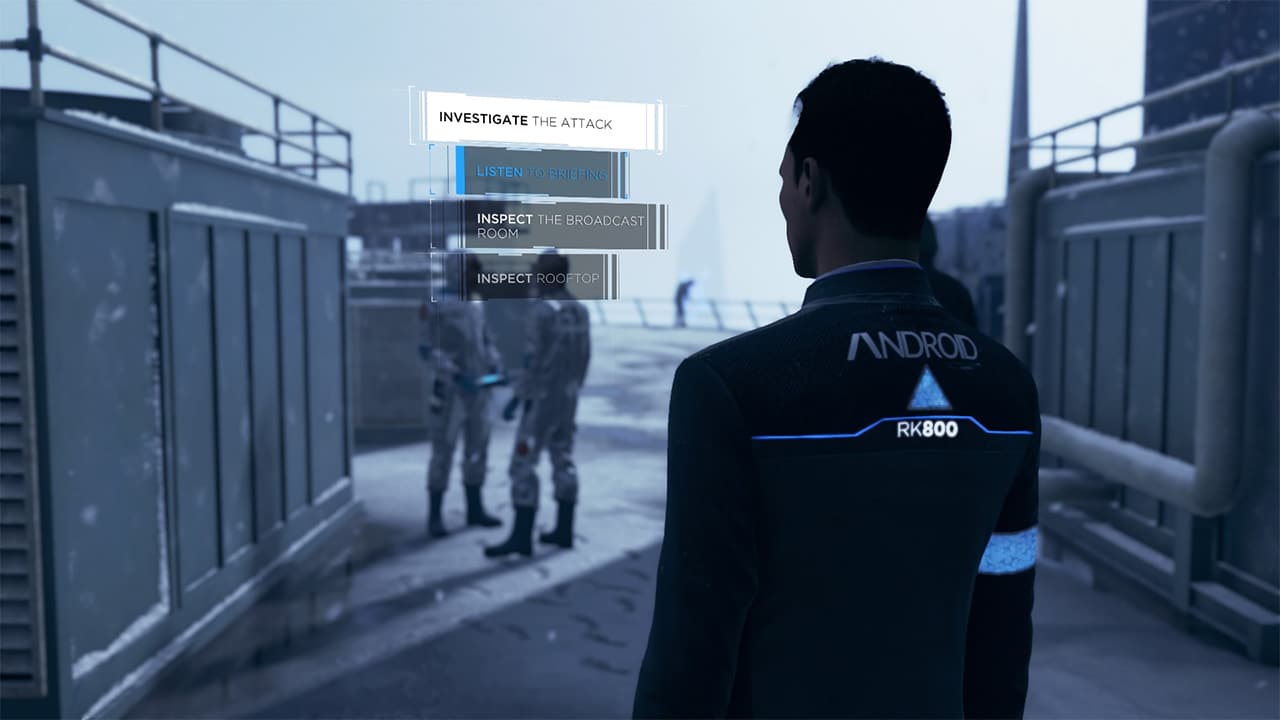 Realistic dolls in an empty dollhouse

The video game industry has come a long way from the polygonal character designs of yesteryear. Detroit pushes that boundary even further with its motion-captured performances. From cinematic cutscenes to trivial fidgets, Quantic Dream created extraordinarily realistic characters. The three main characters even share an uncanny likeness with the actual actors who play them.

Unfortunately, Detroit’s background visuals are less desirable. With interactable elements scattered throughout a scene, the game often plays out like an old-school point-and-click adventure game. However, they lack the random charm of those lovable games. Besides the actual objectives, Detroit’s backgrounds feel blank and empty. Even if they’re filled with details and background actors, neither Connor, Kara, nor Markus can interact with them other than just walking past. For a game that puts the premium on character design, Detroit falls short on delivering a thriving physical world. 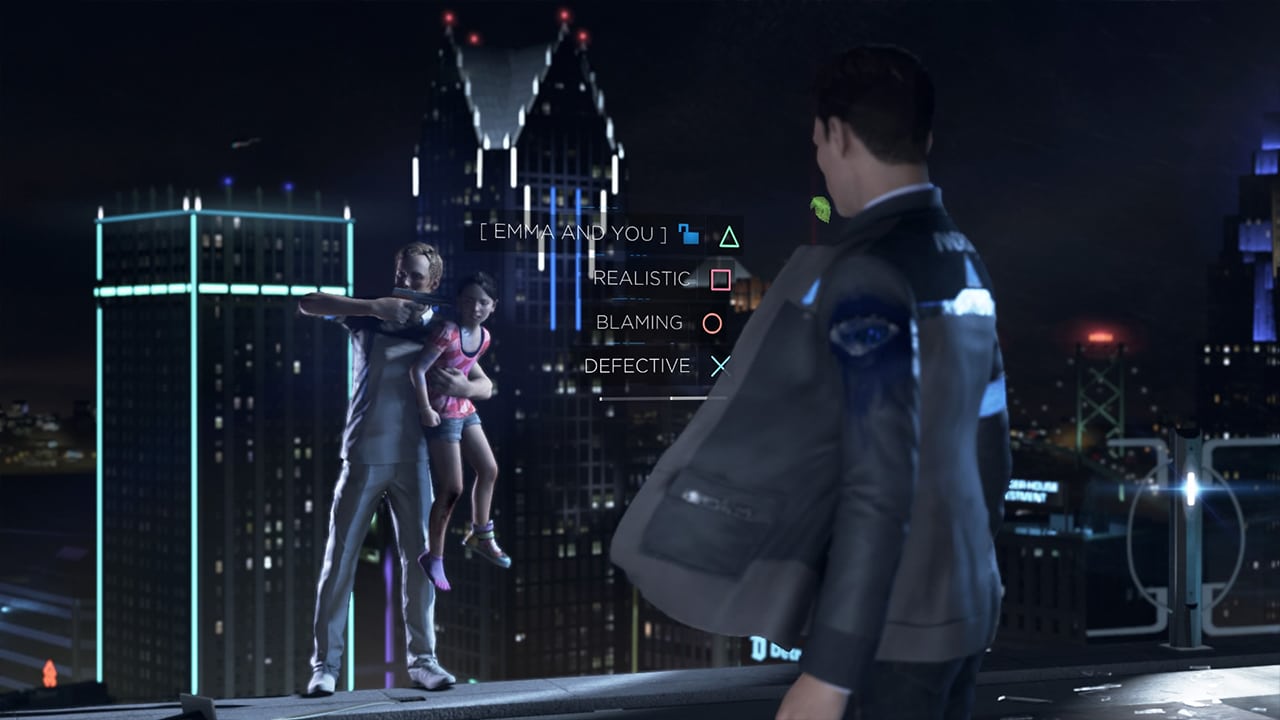 Regardless, with its choice-driven narrative and superb character design, Detroit: Become Human marks a turning point for video games. It opens the industry as a medium for cinematic but interactive storytelling.

Despite its flaws, Detroit: Become Human is still a loving homage to the choose-your-own-adventures and point-and-click games of before.

We’re getting a Star Wars game from Ubisoft 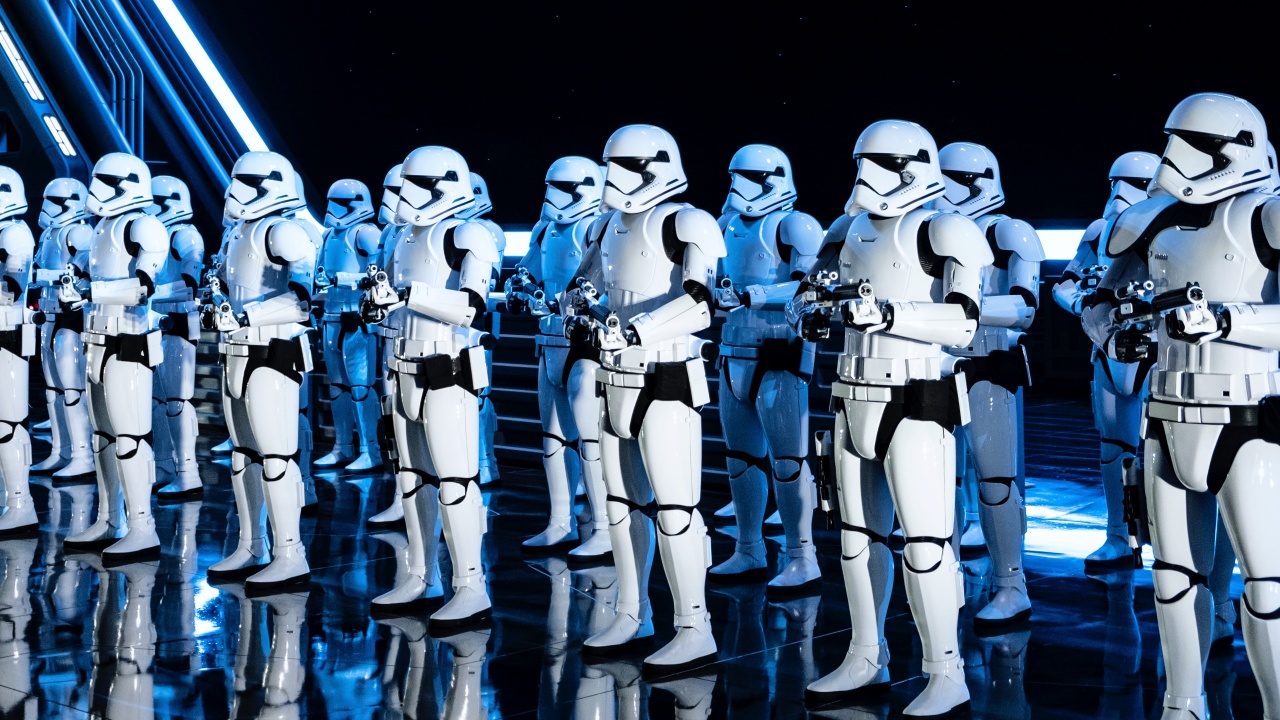 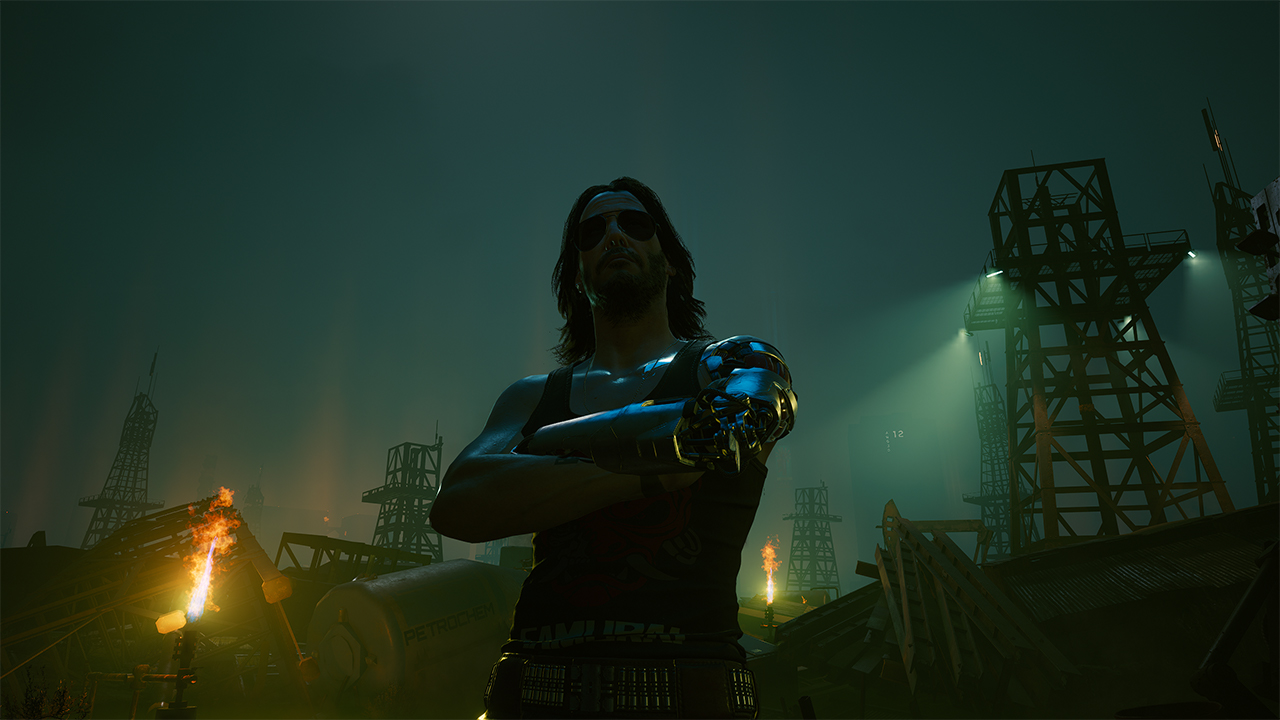 Plenty of gaming goodies to look forward to! 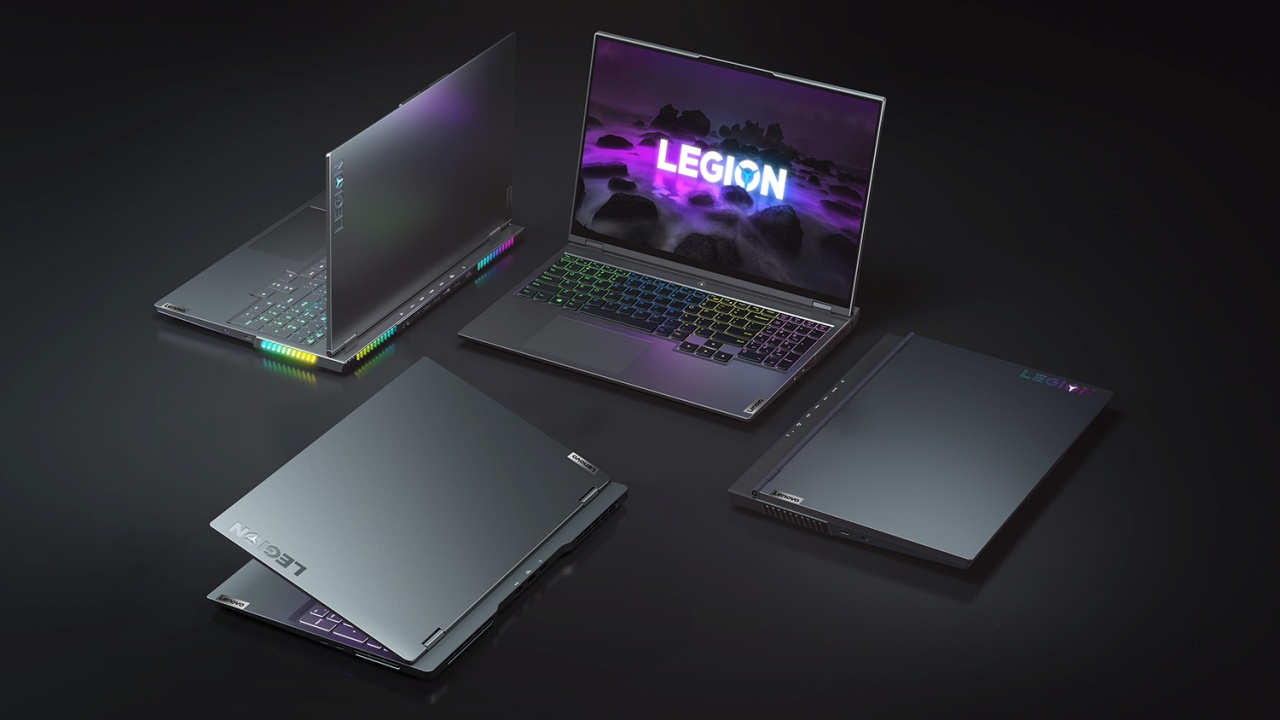 Lenovo Legion is going all out for gamers at CES 2021. They’re coming out with the latest in AMD and NVIDIA processors, high-resolution 16-inch displays, AI-driven frame rates and exciting upgrades.

The Lenovo Legion 7 sports the latest mobile processors for PC gamers — up to the latest AMD Ryzen 9 5900H Mobile Processors and up to NVIDIA GeForce RTX 3080 GPUs.

The Lenovo Legion AI Engine optimizes system performance via machine learning to deliver the highest possible framerates whether your game is CPU or GPU-intensive. For 16 of the most popular triple-A gaming titles, the Lenovo AI Engine will run them at finely-tuned settings for maximum frame rates.

The Legion TrueStrike Keyboard features innovative soft-landing switches that deliver deeper strokes with equal force on every strike. This enables you to strike enemies with extreme precision, hair-trigger speeds and satisfying keystrokes.

The full-sized keyboard with number pad is also illuminated in over 16 million colors via Corsair iCUE support with a glass trackpad that is 23% larger than previous generations. You can easily launch the Lenovo Vantage software with the dedicated Super Key to custom-calibrate your system.

Nahimic Audio drastically improves your gaming experience with its immersive 3D audio. Experience crystal-clear communication with teammates with background noise suppression. If you have additional Bluetooth speakers, you can connect them to your Legion laptop to create a surround sound field.

For privacy, the Legion 7 offers a 720p integrated webcam with E-shutter which allows you to cut off power to the webcam and prevent camera hacking with the switch located on the side of the laptop.

The Legion Slim 7 is the successor to the world’s lightest 15-inch gaming laptop with NVIDIA RTX graphics released in 2020, and now comes with AMD’s latest processors. 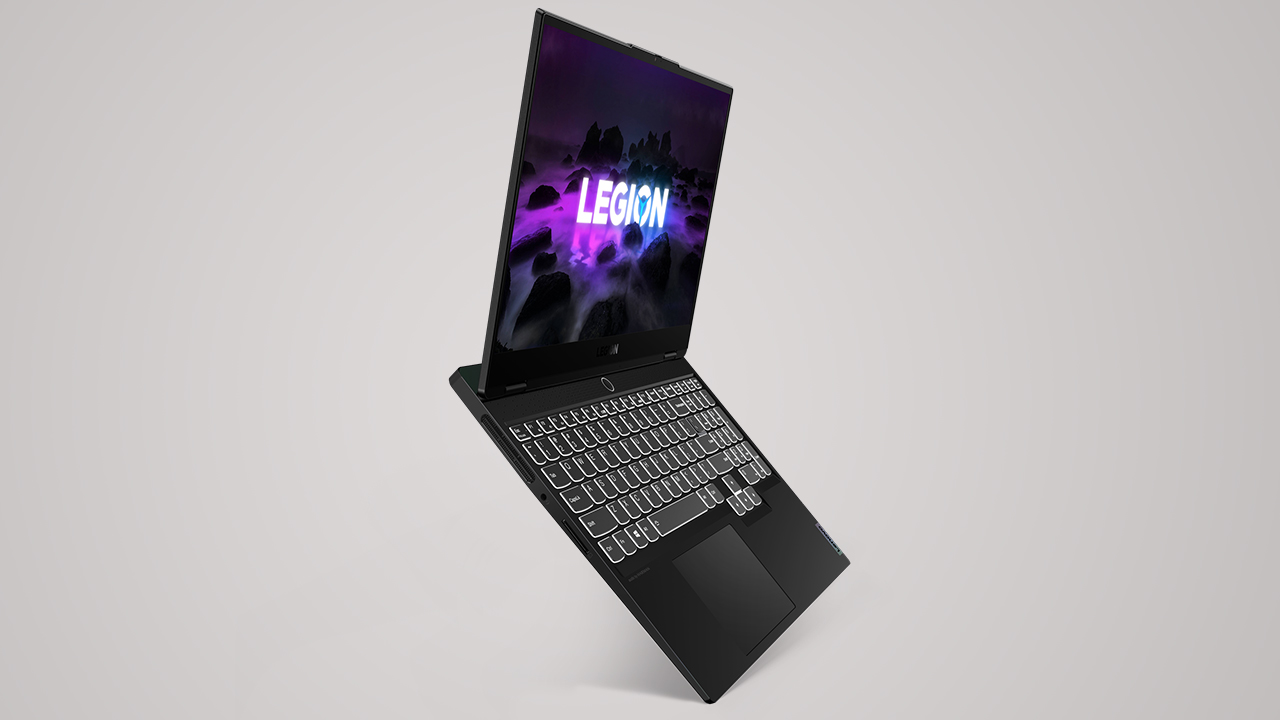 It is powered by up to the latest AMD Ryzen 9 5900H Mobile Processors and up to NVIDIA GeForce RTX 3060 with Max-Q Design GPUs. Its key features include: Legion TrueStrike Keyboard, Nahimic Audio, Webcam physical shutter, among others. 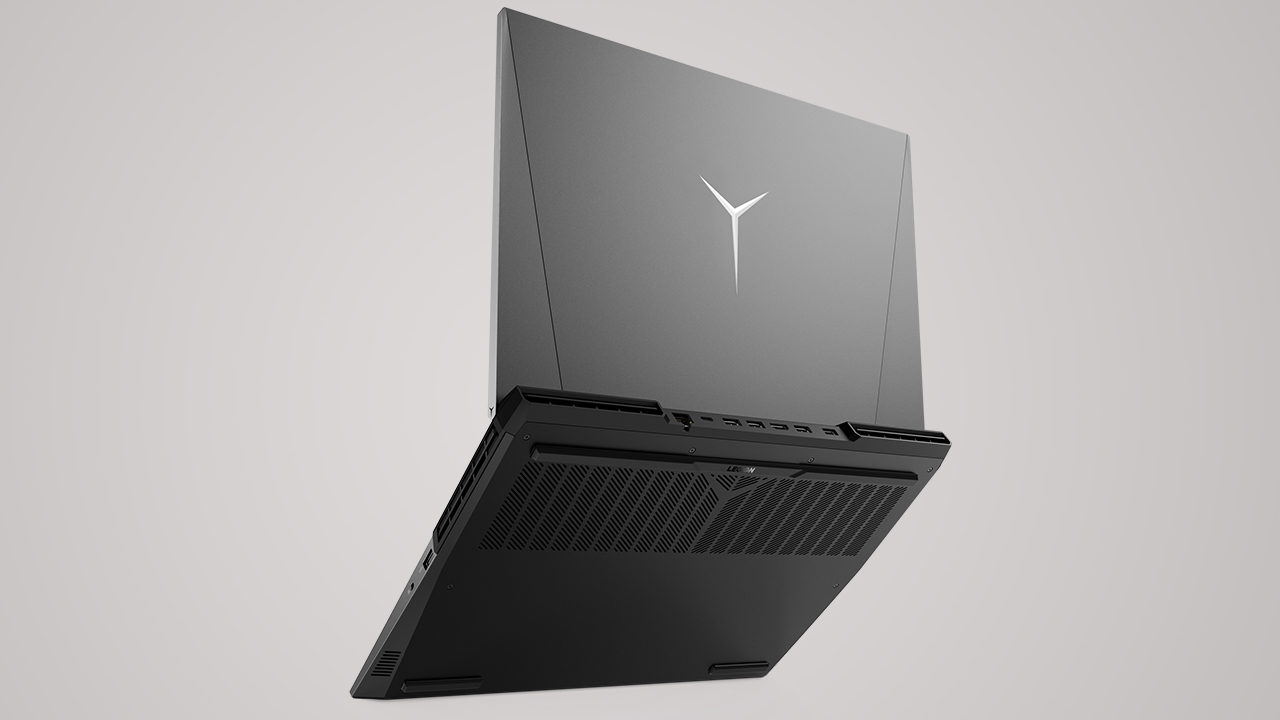 The Legion 5 brings the balance of style and savage power to gamers in 15” or 17” sizes. It will also be available in two hues — Phantom Blue or Stingray White.

It is powered by up to the latest AMD Ryzen 9 5800H Mobile Processors and up to NVIDIA GeForce RTX 3070 GPUs. Its top features include: rueStrike Keyboard, Nahimic Audio, Webcam physical shutter, among others. 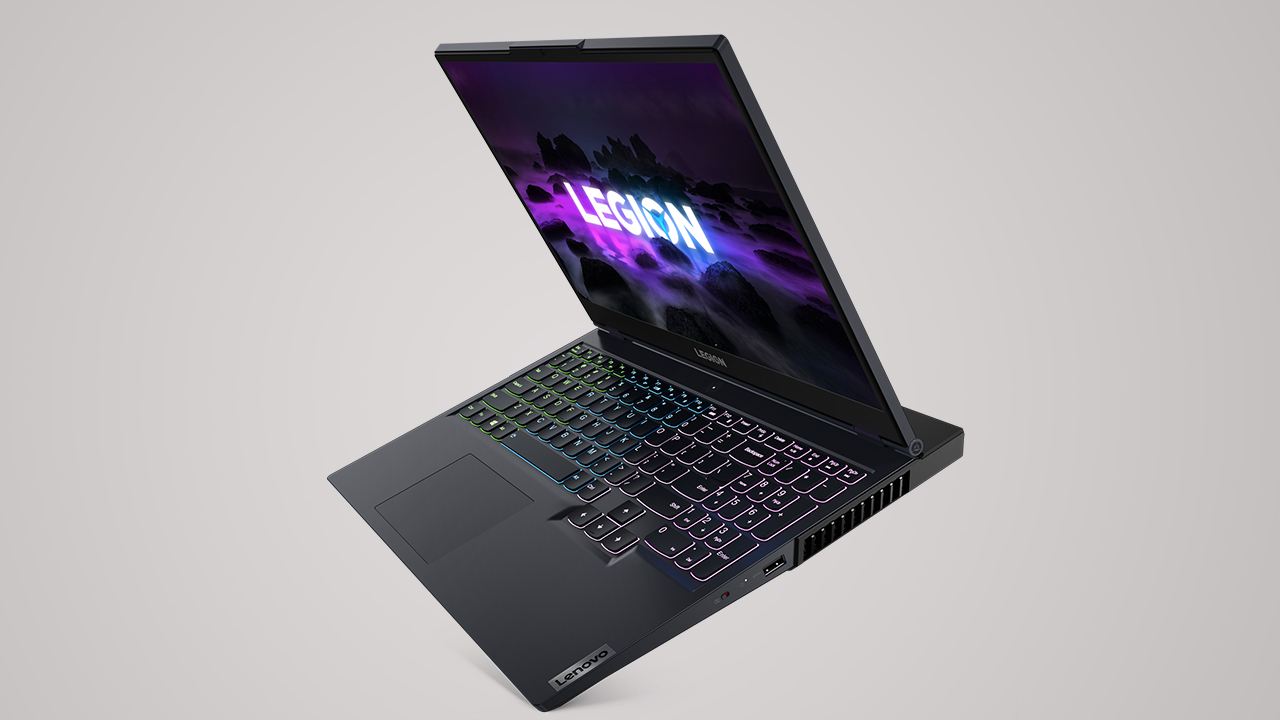 The new Lenovo Legion S600 Gaming Station has an always-on charging capability that solves multiple power problems at once. 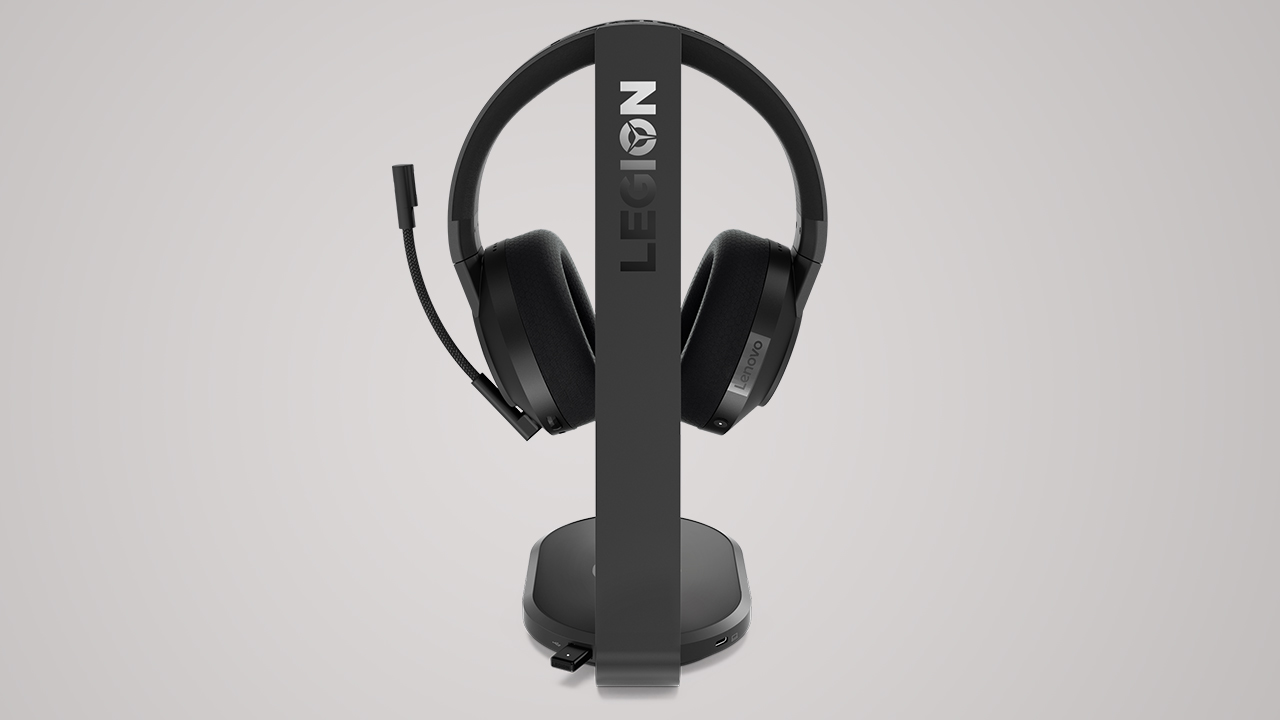 It features hang-to-charge technology for the new Lenovo Legion H600 Wireless Gaming Headset and a Qi-enabled base that charges compatible smartphones (up to 10W output) and other supported devices such as wireless gaming mice. 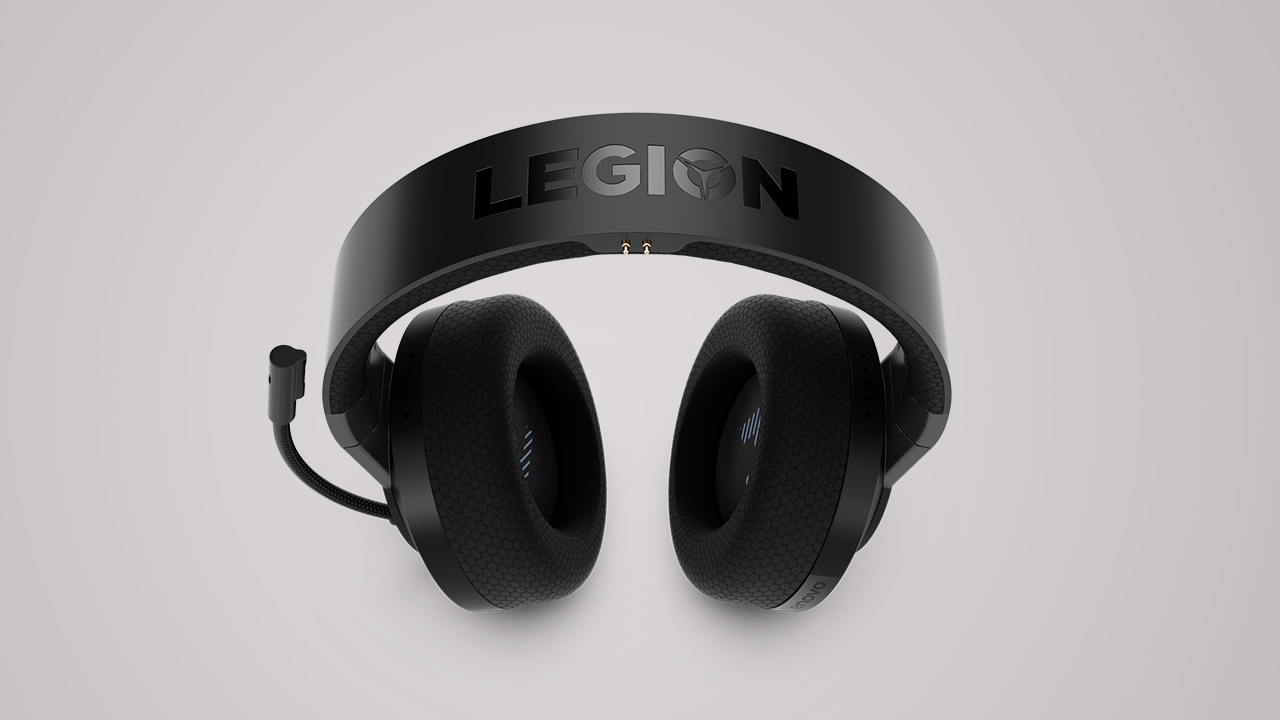 The station’s modern-looking stand is lightweight at just 919 grams and features two USB-A pass-through ports on the bottom for high-speed connectivity and device charging.