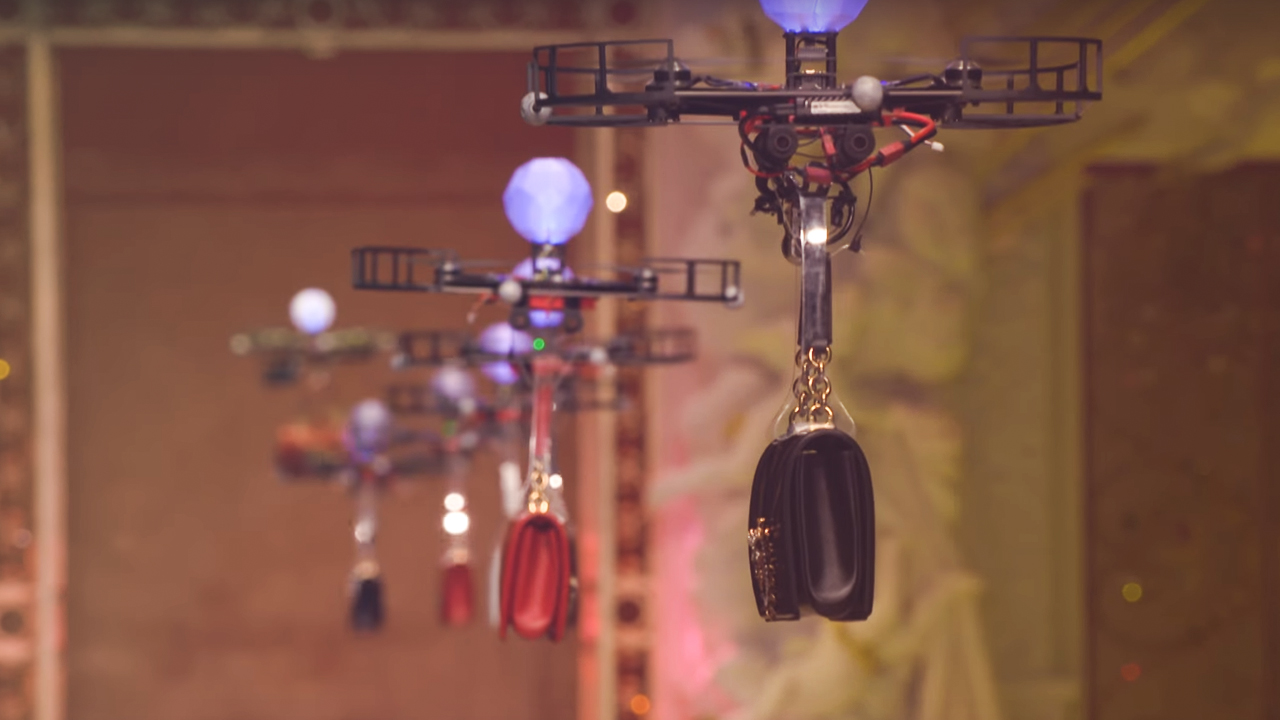 Dolce & Gabbana stepped up their game this year during their fashion show in Milan. The Italian luxury fashion house flew drones carrying handbags on the runway, stunning the crowd.

See the spectacle for yourself:

The show ran nearly an hour late for the big surprise. According to Fashionista who attended the event, “Signs and announcements in several different languages pleaded multiple times for audience members to turn off their personal Wi-Fi and hot spots.”

Of course, it isn’t easy to ask a 600-strong audience to turn their internet connections off before a spectacle, resulting in these quadcopters flying a bit craggy. It’s possible that those reluctant to follow the organizer’s requests caused an interference with the drone flights. Who wouldn’t want to capture a surprising performance and share it on social media? We live in the social media age, guys!

But the fashion house was prepared for any unfortunate accident if the drones were to malfunction and crash on someone’s head. People dressed in white walked alongside the drones, ready to intercept or offer help if an incident occurred.

Fortunately, the show went on without a hitch. As the drones buzzed off, actual human models were back on the runway wearing D&G clothes for the Fall Winter 2018/19 collection. Maybe it isn’t time yet for technology to enter the world of high fashion, but it’s a great start.