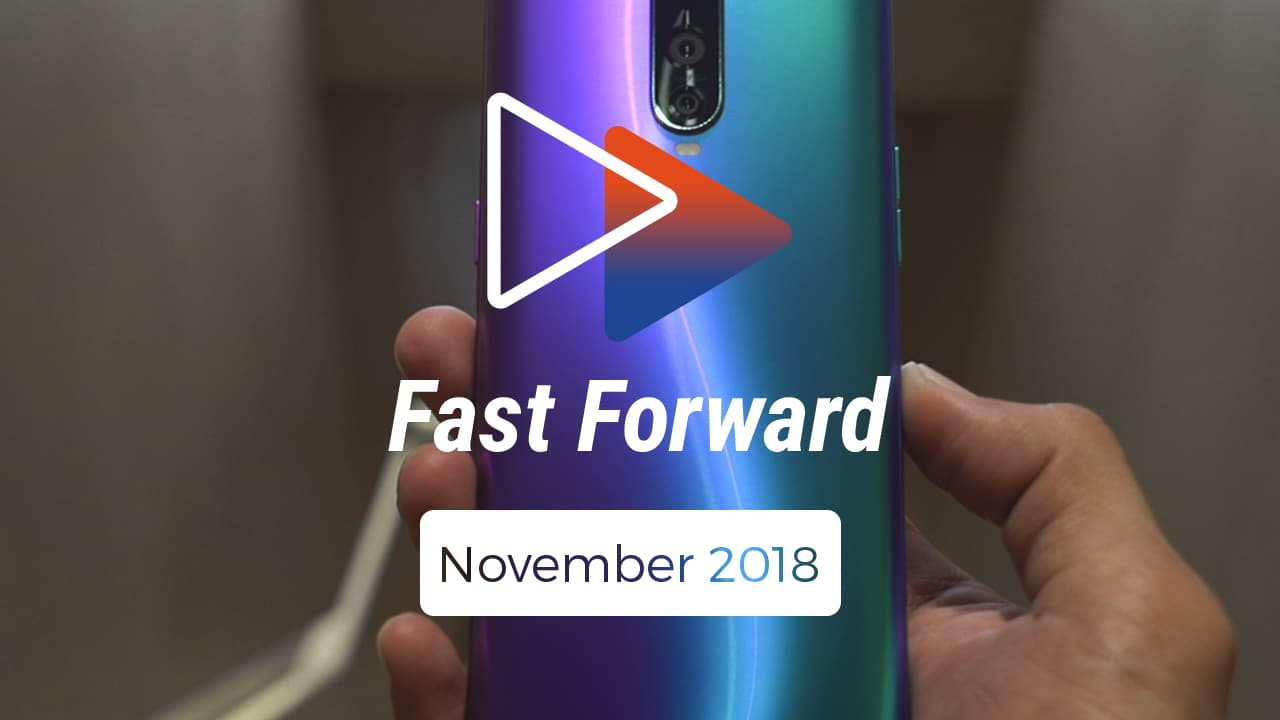 Curious about what to expect in the tech world? Here’s a quick roundup of upcoming events and launches happening in November!

OPPO goes global with the RX17 Pro in Europe

After the glamorous launch of the Find X, OPPO plans to go global once again with the RX17 Pro. It’s basically the R17 Pro, but with a slightly different name.

The official announcement is in the first week of November and it’s happening in Milan, Italy. Given the venue of the launch, it’s going to be major event for OPPO.

There’s no confirmation if the lower-end R17 variant is also coming to the European market, but it’ll be called the RX17 for sure. The Chinese company seems to have big plans for Europe, so we’ll be sure to cover this.

We have great memories with our clamshell phones. But when the iPhone came out in 2007, all modern smartphones adopted its full touchscreen approach. We even have bezel-less smartphones. What if we combine the best of both worlds?

A Samsung conference dedicated for developers is happening in early November. It’s not exactly a phone launch, but the South Korean company will be showcasing the future of mobile phones. They even have a tagline that goes: “Where Now Meets Next.”

The crossroads between the present and the future – Samsung Developer Conference is where you’ll meet the knowledge needed to stay on tech’s cutting edge. #SDC18
Learn more: https://t.co/t66edOWIUi pic.twitter.com/bDZHuZVWee

The event’s website advertises developments in Bixby, gaming, and augmented reality technologies, but we are also expecting Samsung to give us an update about its smartphone with a foldable display.

The Philippines will know its third major telco

The long wait will soon be over! If all goes well, the Philippine government might name the country’s third major telco. According to the acting secretary of the country’s telecommunications department, they have set the date for the announcement on November 7.

Keep in mind that this is just the unveiling, so the services might take a few months to be available. By mid-2019, the winning telco is expected to have its initial subscribers.

OPPO R-series will finally be available in the Philippines

OPPO will be on a roll in November. Apart from rolling out in Europe, the Chinese company will also expand its line of devices in one of its key Southeast Asian market: the Philippines.

Currently, the country is only home to the F- and A-series smartphones, which are positioned in the midrange and budget segments, respectively. The uber-expensive Find X is also available in the country, but the price gap is just too much. This is where the R-series comes in.

Announced in late August, the OPPO R17 Pro will finally become available in the Philippines. The price is yet to be announced, but we expect it to be around PhP 33,000.

The local launch is happening on November 7 in Manila.