Nothing, not even the fierce Detroit winter can get in the way of the annual exodus of automobile enthusiasts to the North American International Auto Show (NAIAS). I love cars, I’ve always been fascinated by them. I can talk confidently about driverless cars and am one hell of a parallel park-er. But if cars were video games, I’d be what you’d call a casual gamer, and maybe that’s why I am here.

To the casual observer, NAIAS 2016 is all about fancy new cars, and for the most part, that’s about right. All the big guns have come out to play with their best foots forward. At least 5 high-end luxury cars were unveiled at the show, and as many concept cars were introduced, teasing a not too distant future in travel. 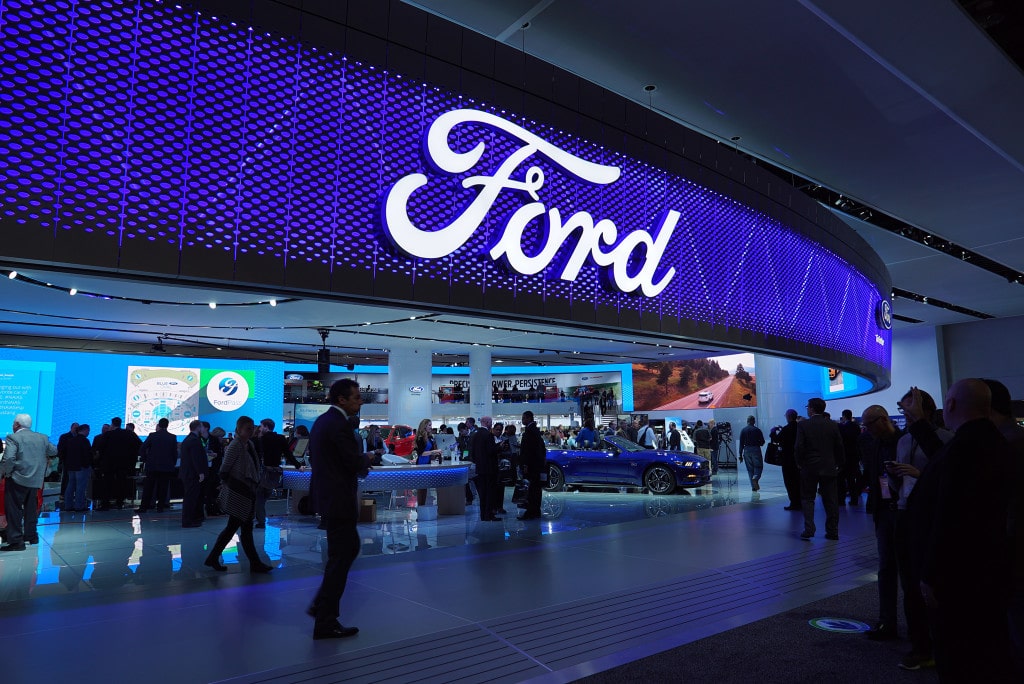 Behind the blue oval. The Ford booth at the 2016 North American International Auto Show.

This event sets the stage for the rest of the year and then some. And even sans an in-depth understanding of what makes cars tick, its pretty evident we have a lot to be excited about.

But there’s more to NAIAS 2016 than meets the eye. It is a critical time for the auto industry, fresh from a record breaking year of car sales, it is a time of much potential and growth. But looming in the shadows is a threat of disruption from the technology sector.

With fully automated, driverless cars almost tangible, and players like Apple and Google in the mix, tech companies are poised to change the game forever as automotive manufactures struggle to keep pace with technological innovations.

Which is understandable, its easier to build a smartphone, than it is to build a car. The average car product cycle is 3-5 years, upgrades are almost impossible unless you buy a new car, and most automotive giants are just not as nimble as a tech startup, or a tech giant with the resources to experiment on some crazy idea that may change the world.

But there is one car company that’s dared to be different. Headquartered not too far from where NAIAS is taking place is the Ford Motor Company, technology savvy, innovation focused, and no longer just a car company anymore.

The self proclaimed mobility company is looking into a host of already existing technological advancements that can make their way into the cars of tomorrow. Beyond driverless cars there’s electrification of vehicles, always-on Internet connectivity, data collection, apps and software, and integration with the Internet of Things. 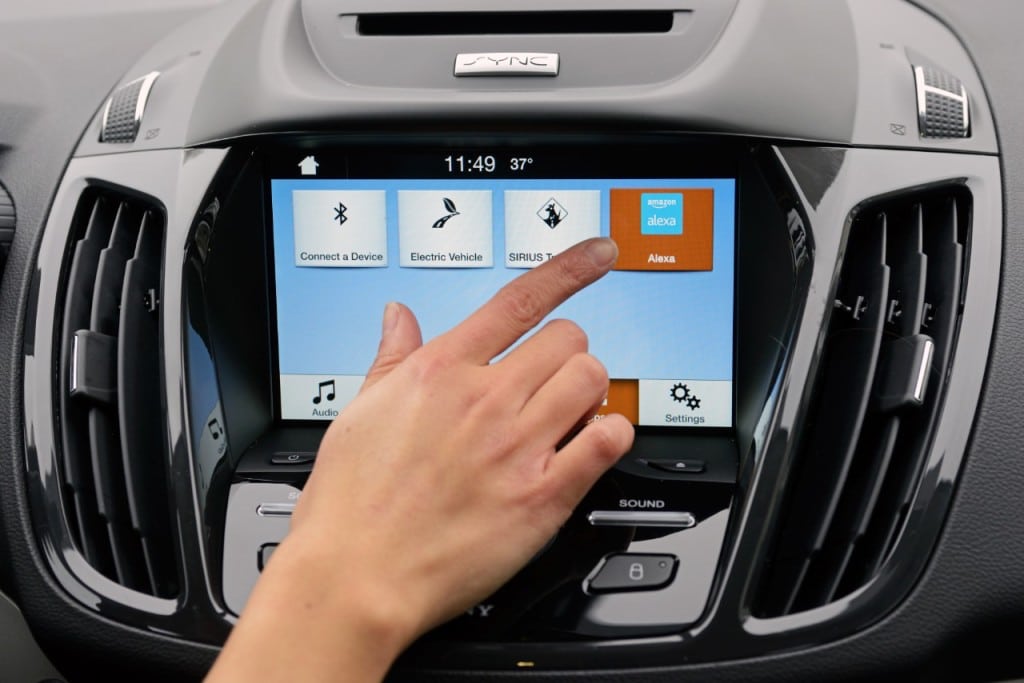 As the tech world zeroes in on the smart home, Ford believes cars can and should be part of the equation. Very soon, Ford cars will integrate seamlessly with existing smart hubs like Amazon Echo, a virtual personal assistant built into a cylindrical bluetooth speaker. Amazon Echo responds to voice commands and can control household appliances, answer Internet-based questions, and even online shop for you.

Soon Amazon Echo will also be able to start your car, and tell you how far more you can drive based on your current fuel levels. Users will also be able to summon Echo remotely from inside their Ford vehicles, so you could for example, ask it to turn on the lights, or open the garage door as you approach. 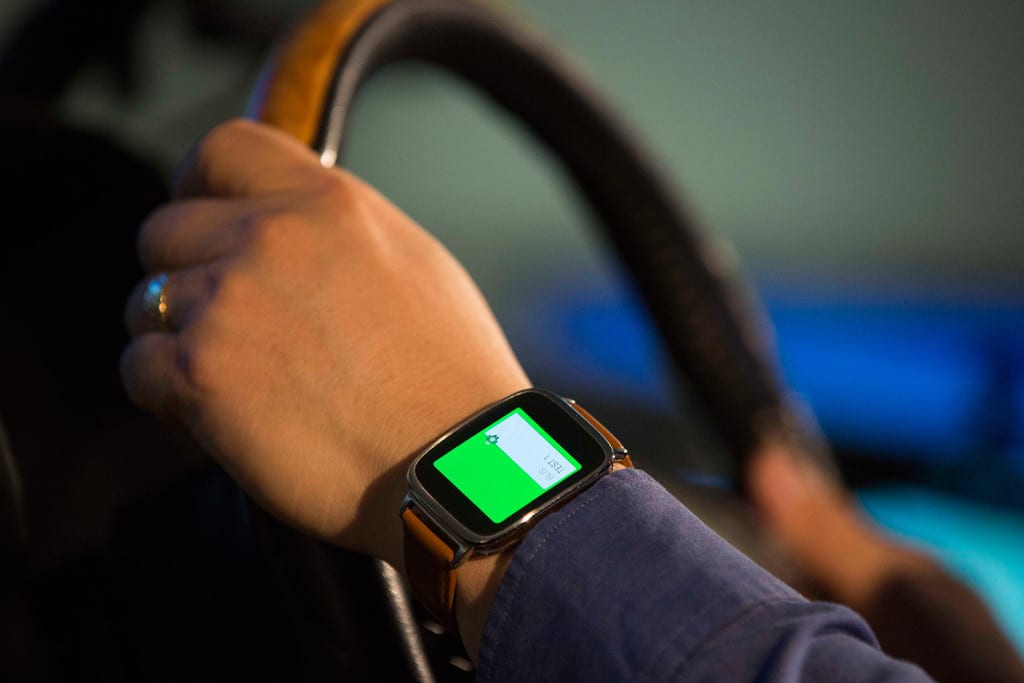 Soon smartwatches and fitness trackers will integrate better, and smarter with our cars.

Wearables are another growing trend in the consumer tech world and inside Ford’s newly minted Automotive Wearables Experience Lab, scientists are looking into how smartwatches and fitness trackers can best complement the driving experience.

From simple things like receiving alerts on your smartwatch when you leave car doors unlocked or your keys inside. To more high-tech solutions like automatically uploading health and sleep information from your wearable to your car, and having the car adjust safety settings based on its assessment of your current state. If your car thinks you didn’t get enough sleep, Ford’s adaptive cruise control technology can increase the distance between your car and other vehicles to allow more time for your reflexes to kick in case of a traffic incident.

In its own respect Ford is working to make its own cars smarter. A joint project with IBM hopes to create a platform that will allow researchers to collect data from cars, identify trends and patterns, and use those findings to provide commuters with better transportation decisions. The nitty gritty of this platform is way too geeky, but it should theoretically be able to tell you when taking the subway, or a bicycle is a more time efficient means of getting to work on a particular day. The platform should also benefit what Ford calls Parking Prediction technology to help you find empty parking spots. 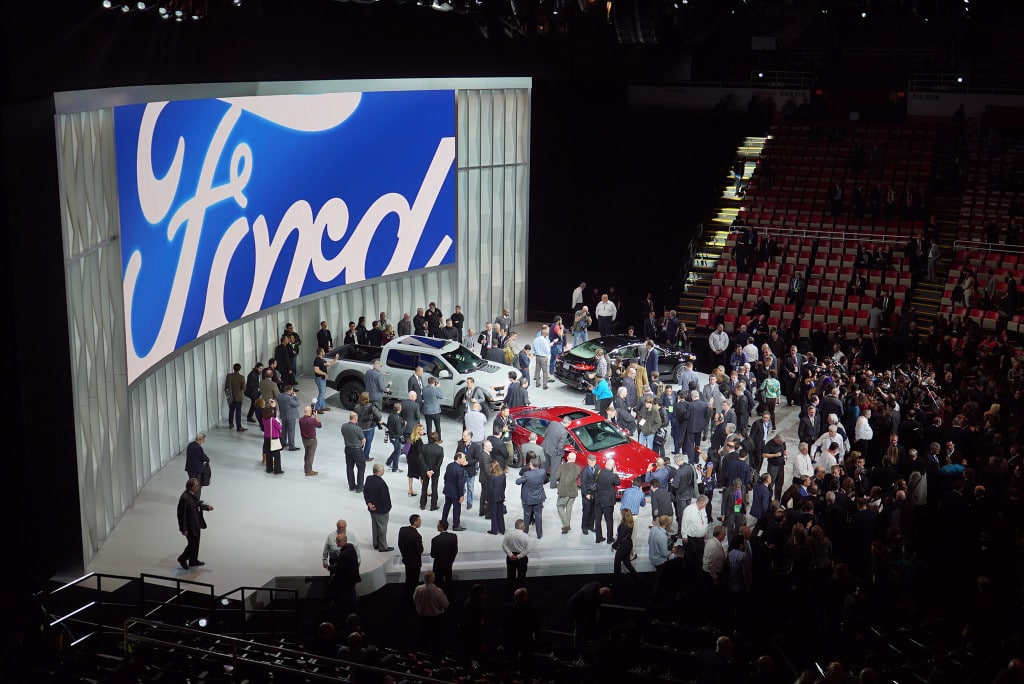 Journalists swarm around the newly announced Ford vehicles after the Ford keynote at the North American International Auto Show.

While as expected, cars were front and center at the North American International Auto Show, Ford was looking beyonds cars. Don’t get me wrong, there were lots of new cars including the new super high-tech Fusion Sedan, the monster F-150 Raptor pickup truck, as well as the first pre-production model of the GT Super Car.

Instead the message was about doing things differently and driving change. As the motoring world is bracing itself for disruption, Ford is on a bold path to disrupt themselves.

VLOG: Gorilla Glass on a Car

They’re on plenty of smartphones, but have you heard of Gorilla Glass windshields? #FordNAIAS

Posted by GadgetMatch on Wednesday, January 13, 2016 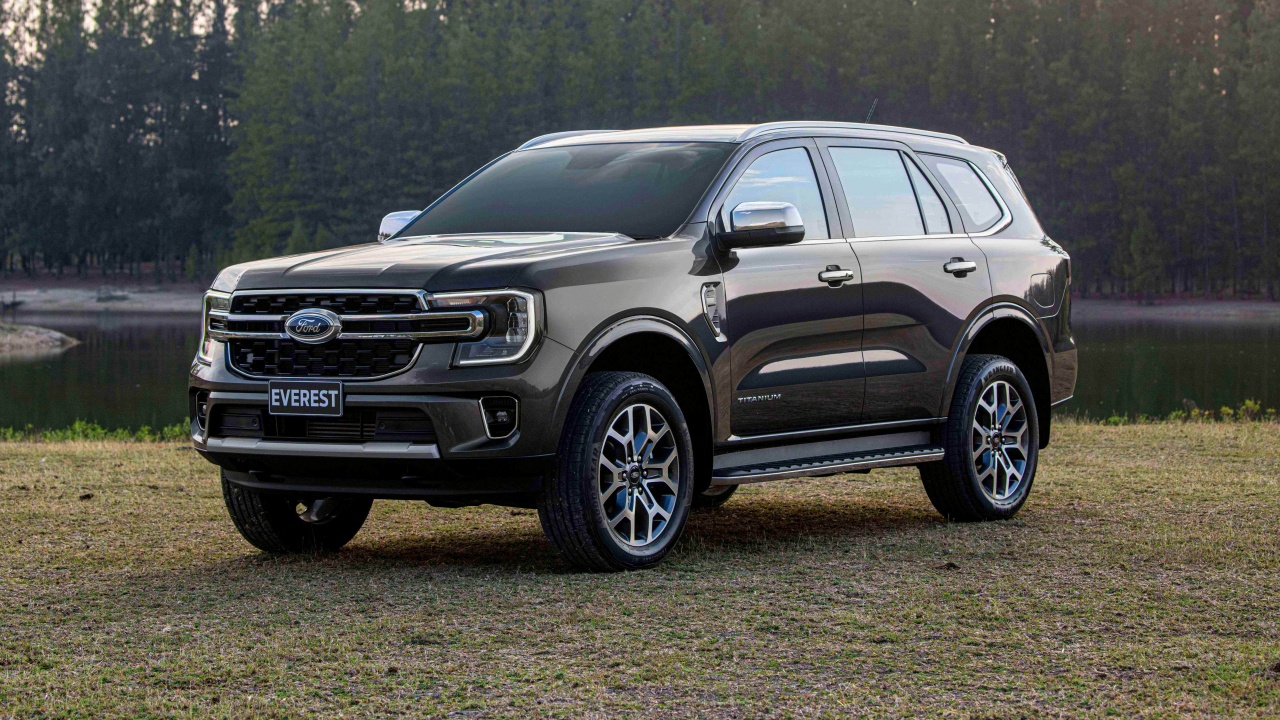 After a long wait, the next-generation Ford Everest and Ford Ranger have finally arrived in the Philippines.

Alongside the local launch, Ford Philippines also announced that both the Everest and Ranger will come with a 5-year warranty, offering owners coverage for up to 150,000 kilometers of mileage.

Both the new Everest and Ranger come with a wider track and longer wheelbase, complementing their powerful 2.0L Bi-Turbo or 2.0L Single Turbo engines which are capable of up to a 210PS maximum power and 500Nm maximum torque.

Depending on the variant, customers can enjoy either an 8- or 12-inch digital instrument cluster, and high-resolution infotainment touchscreen with the latest SYNC 4A which can be linked to a 360-degree camera display to help drivers in various situations.

The SUV and pick-up also have selectable drive modes such as Normal, Eco, Tow Haul, Slippery, Mud/Ruts, and Sand, giving owners a reliable vehicle even for off-road driving.

Smarter, safer than ever

As previously reported, the new Everest and Ranger variants sport an impressive list of safety features and driver assist technologies, making them the smartest and safest models yet for the SUV and pick-up.

They also both have an Intelligent Oil Life Monitor (IOLM), a smart new feature that tells the owner when to have an oil change based on actual engine data, operating conditions, and driving habits.

For the full list of next-gen Ford Everest and Ford Ranger models and prices, refer to the lists below.

Depending on the model, the available colors for each new vehicle include:

Customers may visit the Ford website to reserve. A Ford Island Conquest test drive event is also happening from July 29 to 31, 2022 at Arcovia City in Pasig.

Over PhP 3 million worth of cash discounts and prizes are up for grabs for customers reserving personally at the three-day event. 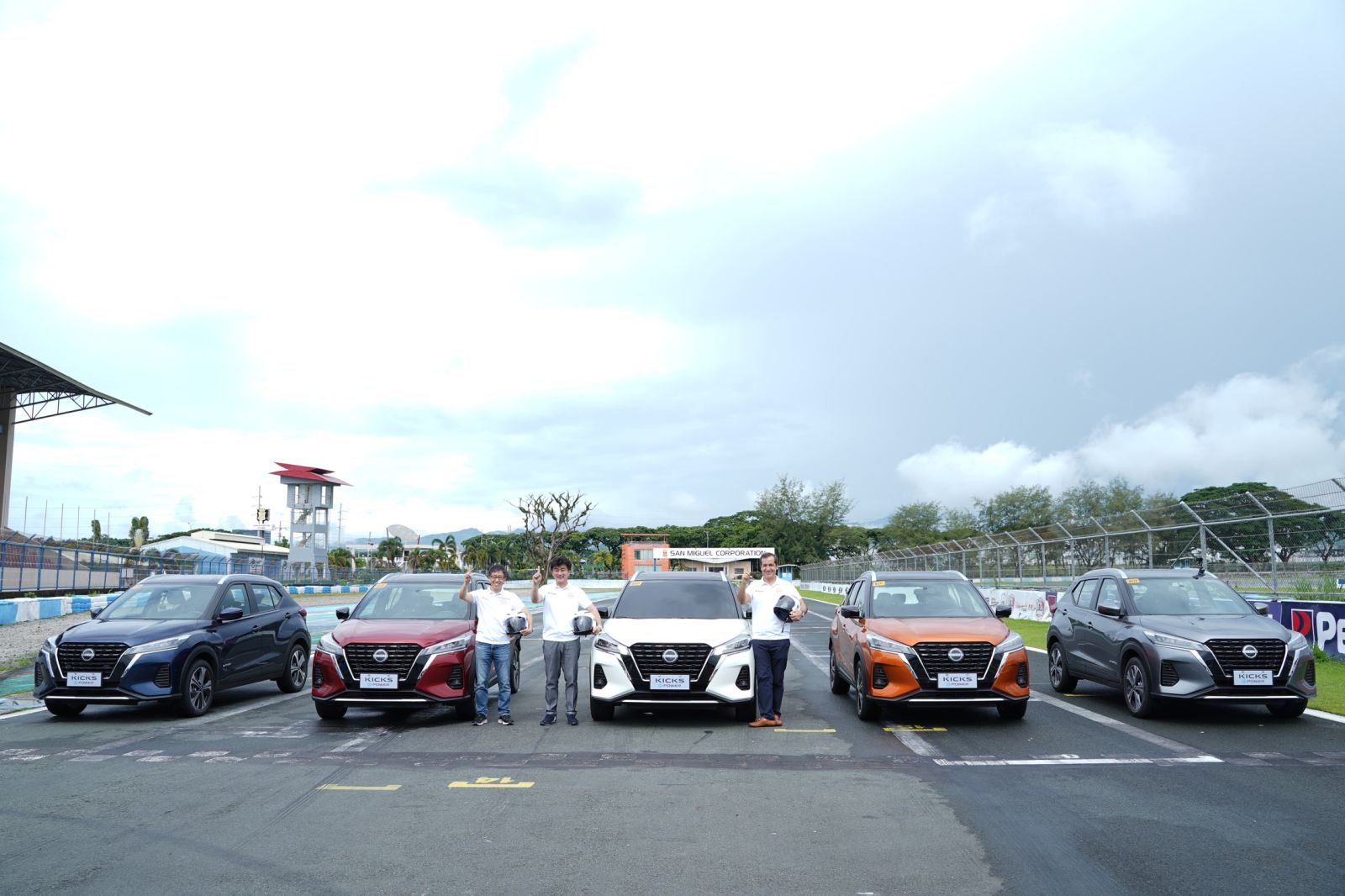 Ahead of its launch in the Philippines in August 2022, the Nissan Kicks e-POWER was given a test drive by members of the media during a two-day event held at the Clark International Speedway in Pampanga.

The hybrid compact SUV features a fully electric motor-driven e-POWER system wherein the wheels run on an electric motor. Separate from this is a gasoline engine whose sole purpose is to charge the lithium-ion battery, which eliminates the need for plug-in charging for hours and leads to an efficient and quiet ride.

The Kicks e-POWER also sports an innovative e-Pedal Step technology; here, drivers will only have to use the accelerator to move forward by stepping down. The car also automatically stops when the pedal is released, without even having to step on the brakes.

Aside from these, the car also features Nissan’s Intelligent Mobility technologies, such as:

Design wise, the Kicks e-POWER has both a modern 8-inch NissanConnect Infotainment System and 7-inch TFT Full Color Instrument Display, on top of its stylish interiors which includes a D-shaped multi-function steering wheel.

The impending release of the Kicks e-POWER in the Philippines is part of Nissan’s long-term goal of electrifying Nissan vehicles by 2030, and to achieve carbon neutrality by 2050.

The car has already been introduced in Japan earlier this year, while it is also available in Singapore as well starting at SG$ 142,800 – or roughly more than PhP 5 million. 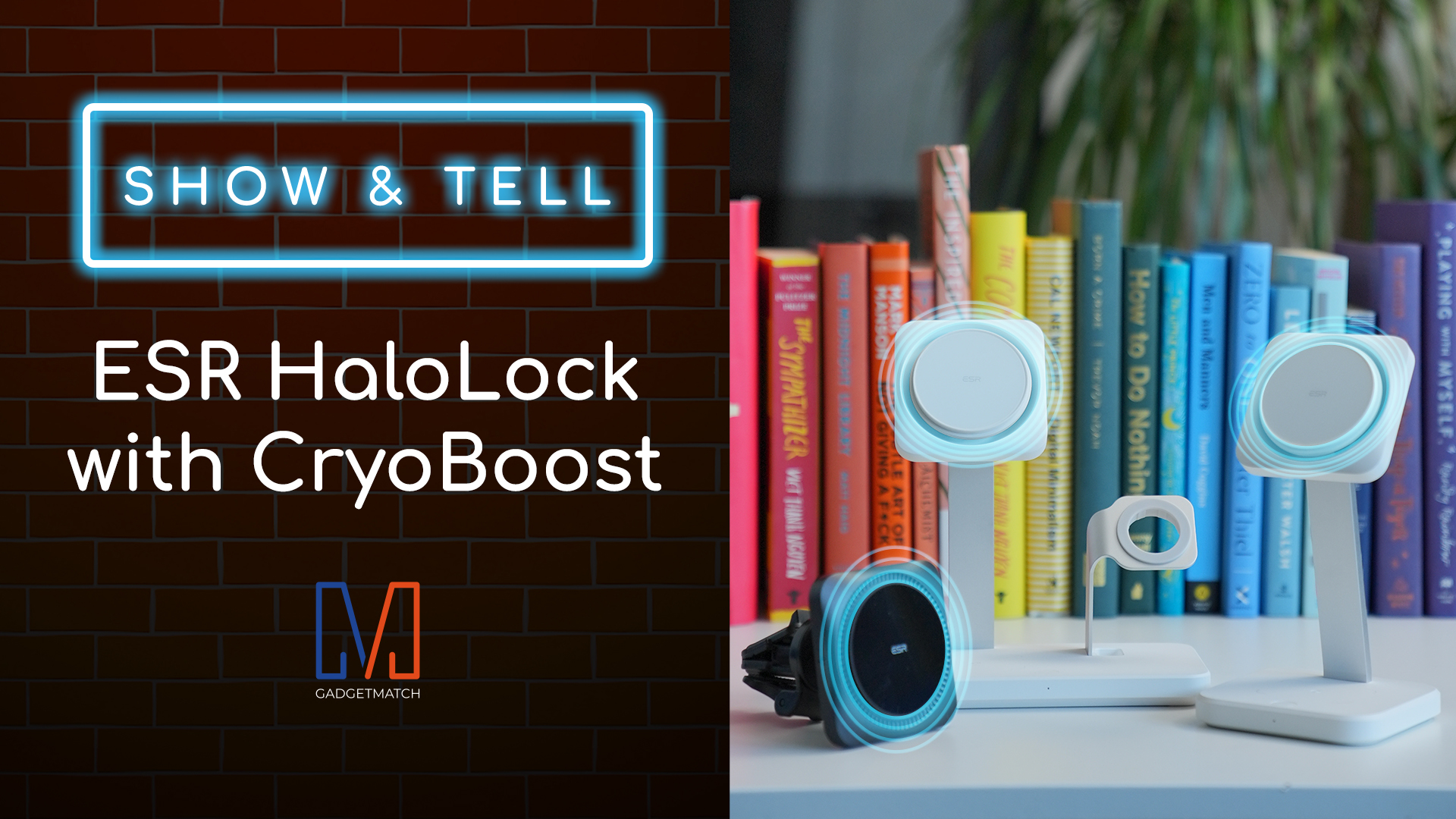 ESR isn’t particularly a new brand. As a matter of fact, we’ve showcased some of their cool accessories in our previous videos including iPad cases as well as MagSafe accessories.