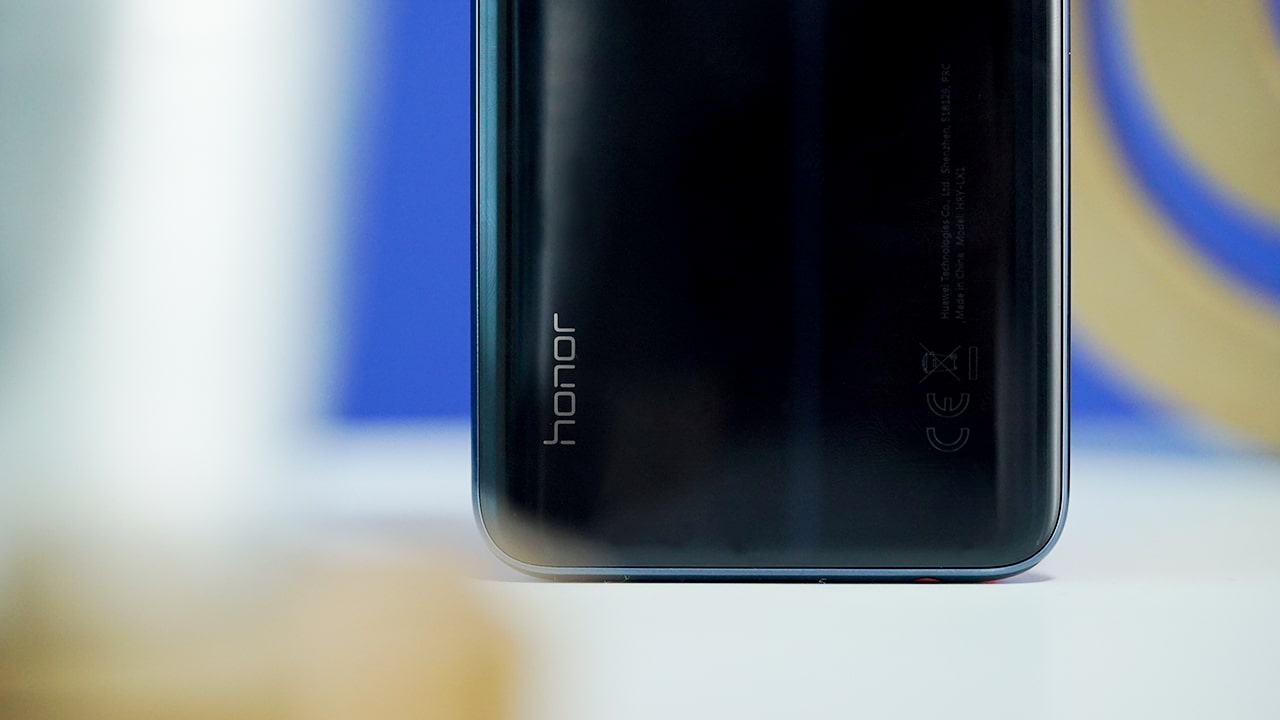 Losing a smartphone is too easy in today’s world. Falling out of your pocket, a smartphone can come crashing down to the pavement, into an open drain, or into the hands of a thief. Today, lost and found offices are filled with smartphones. If you’re unlucky enough to lose one, it will likely cost you a new smartphone, at most. As easy as it is, losing a smartphone is expensive.

However, an Honor marketing employee named Moritz Scheidl has made a case for the most expensive smartphone loss in history. On April 22, Scheidl boarded the ICE 1125, headed to Munich, Germany. He was on vacation with his family in Dusseldorf. As is custom, he carried an Honor 20 Pro prototype, testing the unit before its launch later this year.

Upon reaching Munich, Scheidl reached into his backpack, trying to charge the prototype. To his surprise, the smartphone was not in his bag. He notified his superiors immediately. Soon after, Honor Germany’s official Twitter account tweeted a lost and found poster confirming the debacle.

In the tweet, Honor Germany is offering a sweet EUR 5,000 (or approximately US$ 5,578) reward for the prototype’s return. Additionally, the tweet adds in more detail about the prototype’s appearance: it came in a gray case. To Scheidl’s credit, he immediately performed a remote device wipe after learning of the loss. For any finders, the prototype is either a free EUR 5,000 cash grab or a perfectly new smartphone.

Despite the official post, online commenters have also expressed doubt, calling the whole issue a marketing stunt. Likewise, pundits have also said that other publications will likely pay more than EUR 5,000 for the lost phone. Regardless, Honor is adamant about getting the phone back.

Currently, the Honor 20 Pro is scheduled to launch on May 21 in London.

It has a lot of “firsts” 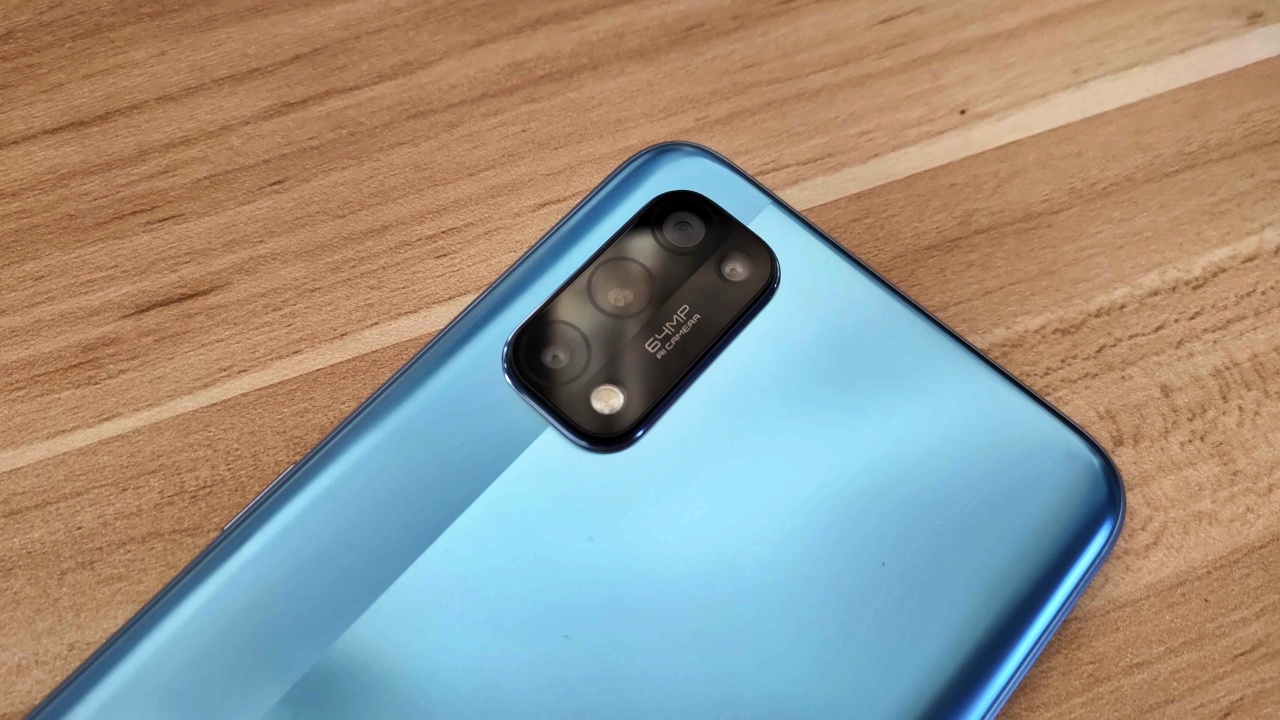 The race for megapixels is on and realme in no mood of missing out. The phone maker has showed-off its 108-megapixel camera setup, which will be found on the upcoming realme 8 Pro.

The massive sensor not only produces a sharper image, but also brings the world’s first tilt-shift time-lapse video, starry time-lapse video, and new portrait filters. realme is confident the camera will be able to outmatch the competition. Currently, Xiaomi’s Mi 10i and Mi 10T series have a 108-megapixel camera, but the two sensors are different.

realme has opted for Samsung’s HM2 sensor for the primary camera and it features a larger sensor with a size of 1/1.52″. The larger pixel size ensures better image quality and it supports 9-in-1 pixel binning technology. The brand has shown off a few images that were clicked with the sensor.

For zooming, it supports 3x in-sensor zoom, which processes a 12-megapixel image in the end. Essentially, the sensor will compress the image but retain details that are necessary for the picture. In turn, the algorithm improves accuracy, colors, as well as contrast.

A Starry Mode is also showed-off and it can shoot a video timelapse, using a time-lapse video algorithm based on starry photos. The camera clicks 30 pictures in 480 seconds and compiles that into a one-second video.

There’s also a tilt-shift mode that’ll let you adjust the shape, angle, position, and size of the bokeh effect. Along with this, there are three portrait filters — Neon Portrait, Dynamic Bokeh Portrait, and AI Color Portrait.

The company hasn’t announced the launch date of the realme 8 series. But we know it’ll be coming first to India in March 2021. Finally, realme has reiterated that its “realme number series” naming format for smartphones shall continue focusing on camera-centric innovations. 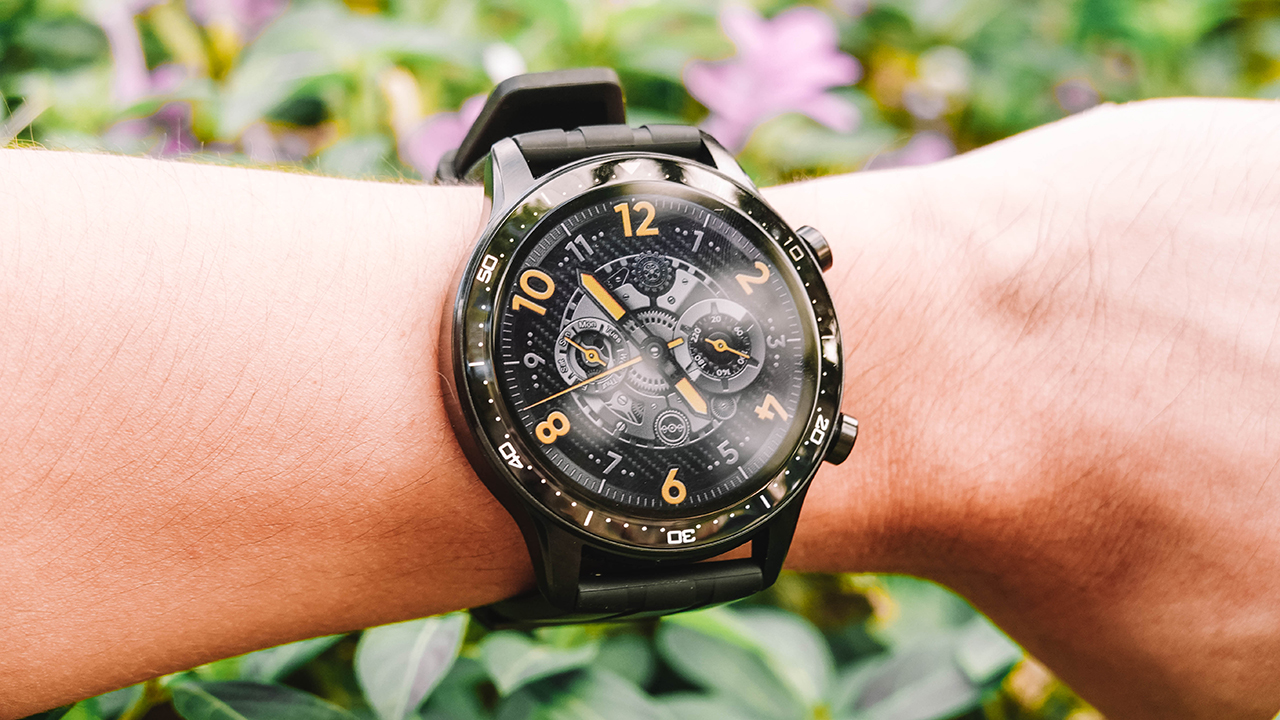 Smartphone maker realme has just launched the realme Watch S Pro in the Philippines. Dubbed as the partner for your everyday lifestyle, the “pro” smartwatch packed more than just the essential features.

Currently, it’s the company’s most premium watch. It sports a 1.39-inch AMOLED round display with high resolution and brightness and uses a powerful dual-process supporting a faster refresh rate while consuming less power.

Also, it’s equipped with a 450mAh battery that lasts up to 14 days on a single charge. It also tracks up to 15 different workout modes, thanks to its advanced dual-satellite GPS sensors. 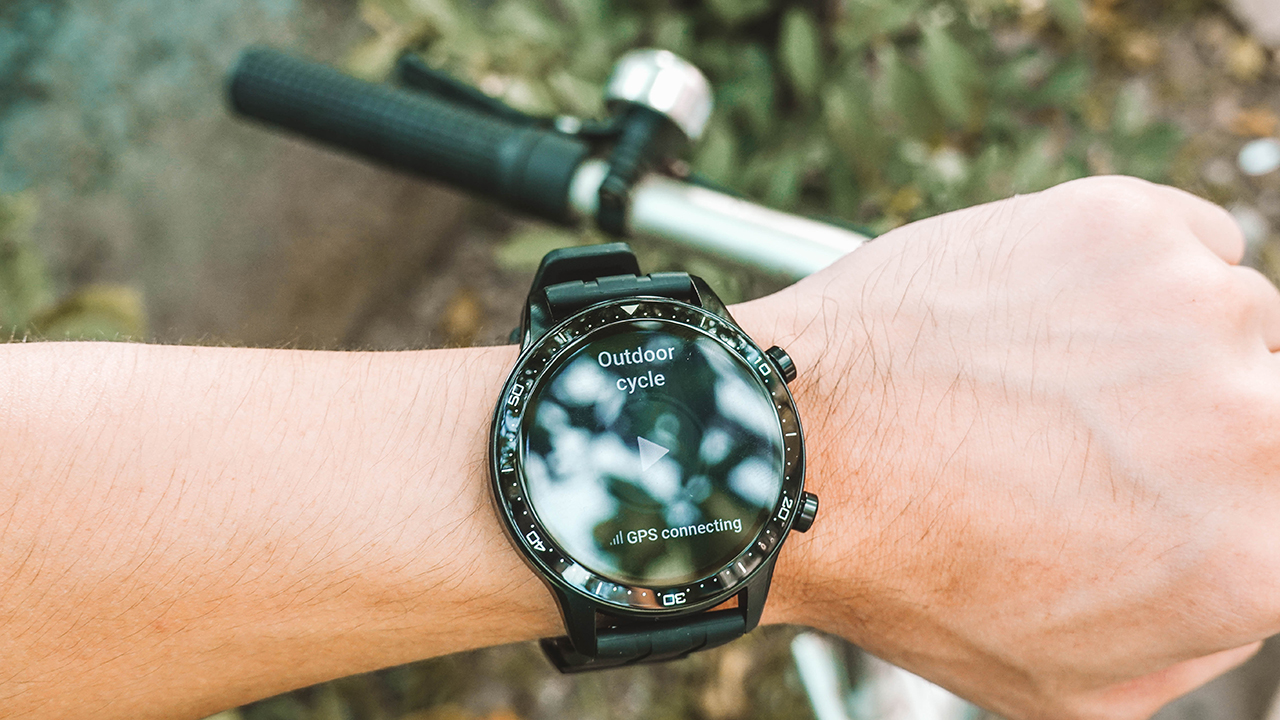 Additionally, the smartwatch measures steps, heart rate, sleep, and even blood oxygen levels. Moreover, the smartwatch comes with a premium build where you can pair over 100+ watch faces to suit your mood and style — all while only retailing for PhP 8,990.

Get PhP 1,300 off for the realme Watch S Pro this 3.3 Mega Shopping Sale. From PhP 8,990, the smartwatch will be available for only PhP 7,690. Make sure to use the voucher code: GADGETZONE8 before you check out. 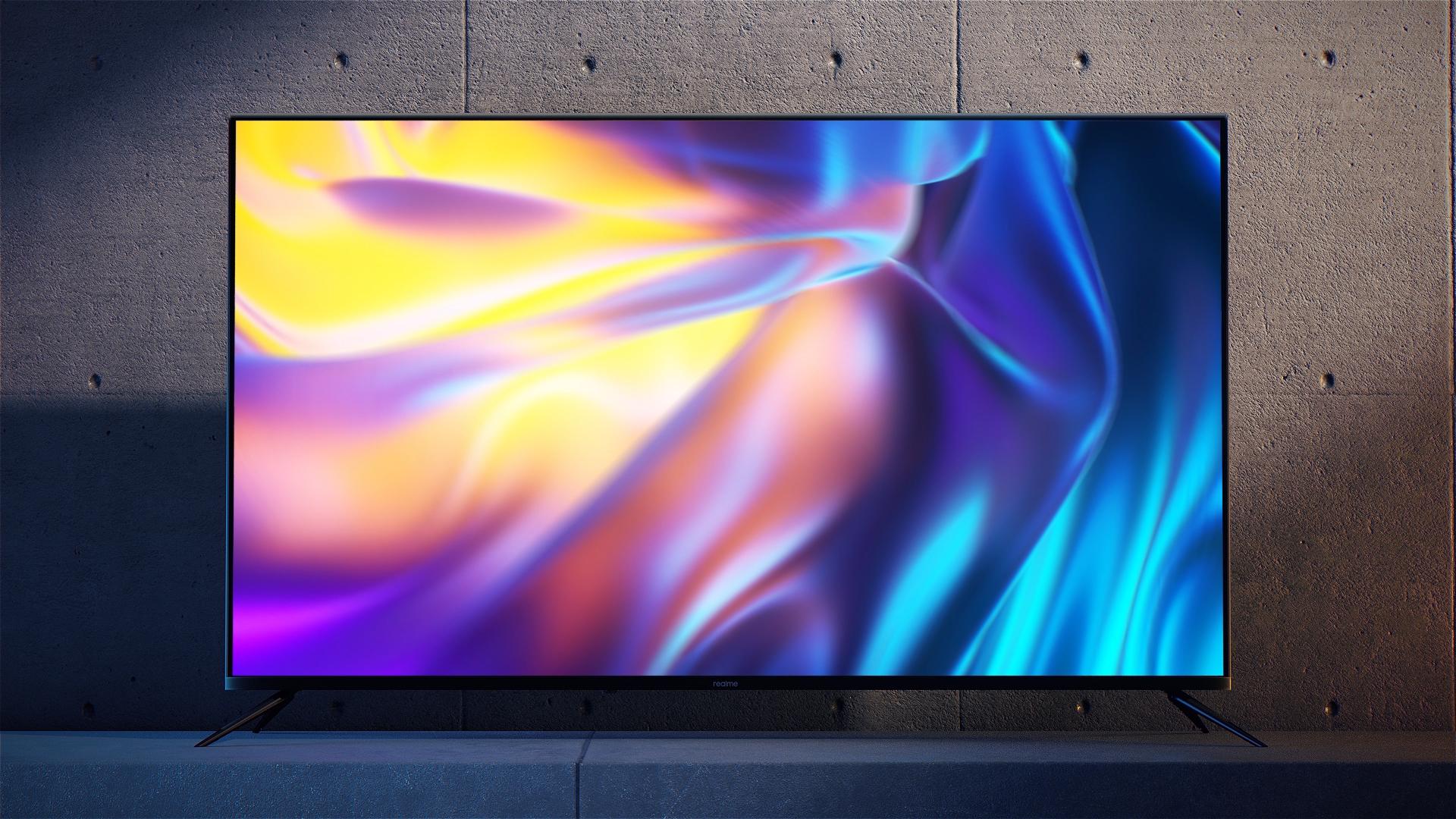 Homes are indeed getting smarter, and realme joins in the fray, bringing the Smart TV to the Philippines.

The realme Smart TV comes in two sizes: a 32-inch with HD resolution and a 43-inch model with Full HD resolution. Both models have LED panels for their display, equipped with a MediaTek processor, 24W stereo speakers with Dolby Audio support, and Android TV out of the box, bringing along support for Google Assistant and other bundled apps.

Popular media streaming platforms like Netflix, YouTube, Prime Video, and more are also available with its remote control having a dedicated button for the first three platforms mentioned.

The Smart TV boasts its Chroma Boost technology, which optimizes the brightness, color, contrast, and clarity for a top-notch viewing experience. Moreover, it sports several port options such as a couple of USB ports, HDMI, AV, and digital audio port. Wireless connectivity includes Bluetooth 5.0 and WiFi.

Make sure to use the voucher code: GADGETZONE8 before you check out. On another note, ten lucky buyers of the realme Smart TV will get a free realme Soundbar. Meanwhile, first-batch buyers of the TV will get free 12 months extended warranty worth PhP 3,990.