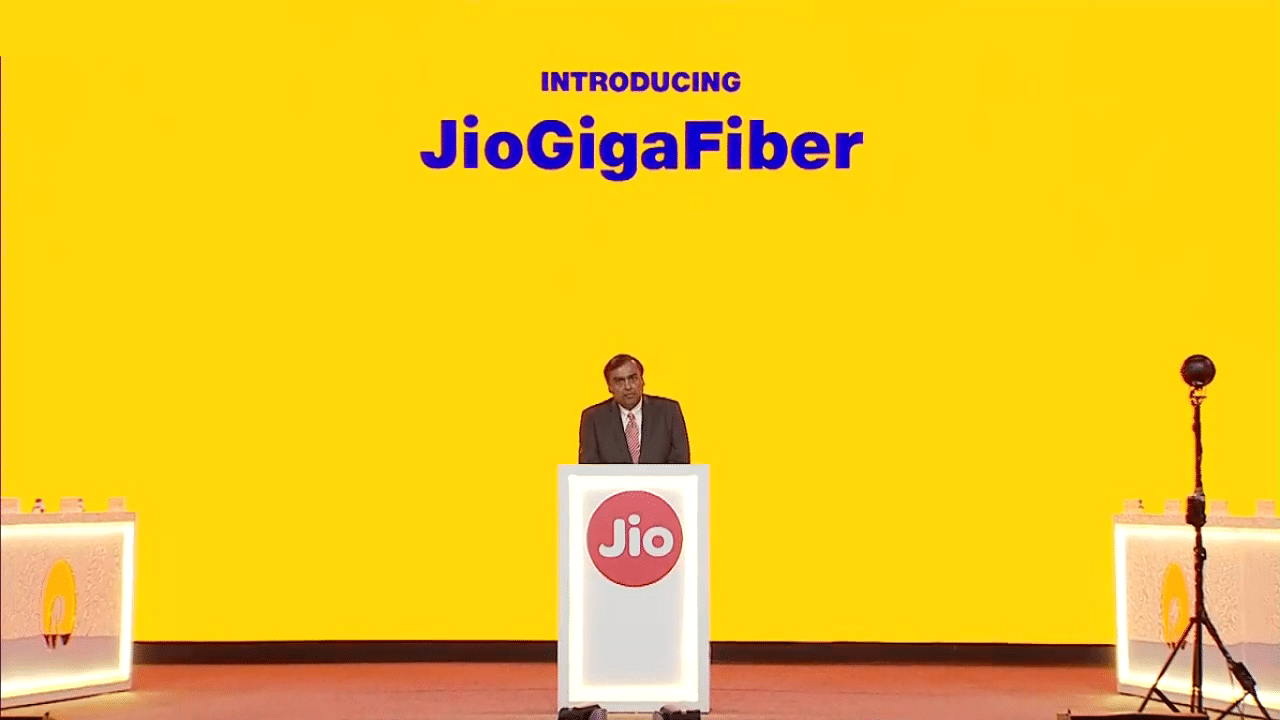 In 2016, Jio revolutionized wireless data in India after it rolled out 4G services for free in India. The initial six months saw the company offering unlimited data, voice, and text messaging services to all new users. Even after the free period ended, the pricing was and still is dirt cheap.

Before the rollout, 1GB of 4G data cost at least INR 250 (US$ 3.6) and maximum bandwidth offered by any operator was capped at 10GB per month. Jio brought down the cost to nearly INR 2 to 5 (US$ 0.03 to 0.08) per GB and offered as much as 5GB data per day. Such an offering was unheard of not just in India, but everywhere around the world. It’s no surprise Jio managed to bring in more than 100 million users within just 170 days of public launch.

Now, the Mukesh Ambani-led telecom giant aims to bring a similar revolution to India’s broadband market with the launch of GigaFiber. It is a Fiber-to-the-Home (FTTH) broadband service offered to users via fixed lines that are capable of speeds as fast as 1 gigabit per second.

The company is working on rolling out services from “early November” with “disruptive price plans in the INR 500 to 700 (US$ 7.3 to 10.2) per month bracket” while offering speeds of 100Mbps up to 100GB. The company isn’t charging any installation fees, but will be taking INR 4,500 (US$ 66) as a refundable deposit.

Using the new GigaFiber services, users will be able to connect surveillance cameras, smart speakers, Wi-Fi extenders, GigaTV, and many more utilitarian devices. The company has confidently announced it can set up the devices at any domestic or commercial place within an hour and is already in talks with builders to establish infrastructure beforehand.

Starting August 15 (India’s Independence Day), interested users can start registering for GigaFiber through the MyJio app as well as Jio.com.

“Jio GigaFiber will be the largest greenfield fixed-line broadband rollout anywhere in the world, with rollout happening in 1,100 cities of India simultaneously,” Mukesh Ambani, Chairman, said at the company’s 41st Annual General Meeting. 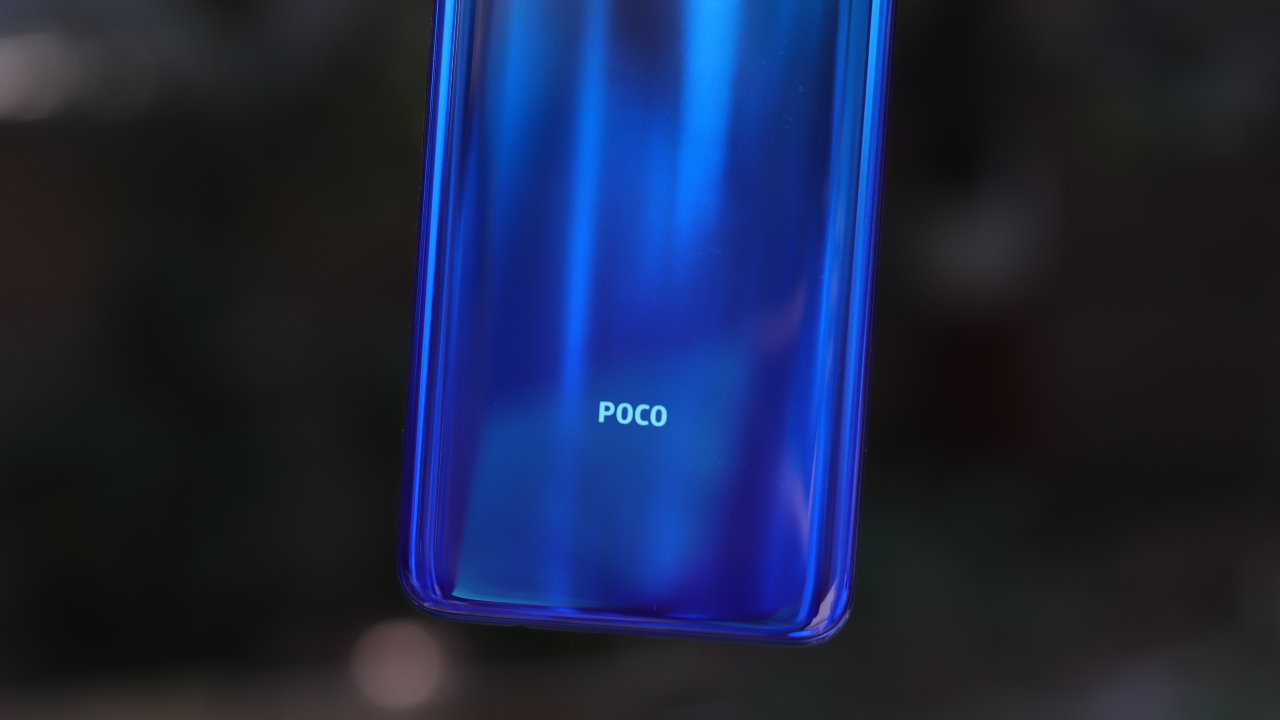 POCO India has started teasing the launch of its next phone and it’s scheduled for July 7. However, even this phone — the POCO M2 Pro — couldn’t hide through the internet and its specs have popped up on the benchmarking tool, Geekbench.

Company teasers have already shown-off a quad-camera setup but we’re yet to know the nitty-gritty. The model listed on Geekbench is powered by a Snapdragon 720 SoC alongside 6GB of RAM. The phone shall ship with Android 10 out-of-the-box. The company has already confirmed it’ll support 33W fast charging.

According to the rumor mill, the POCO M2 Pro shall have a quad-camera setup on the rear. It’ll consist of a 64-megapixel primary camera, an 8-megapixel wide-angle sensor, a 5-megapixel macro lens, and a 2-megapixel depth sensor.

This will be the first phone in the M-series and will play an essential role in framing the brand’s presence in the Indian market. So far, POCO has launched only two phones in India since its debut. However, at the beginning of this year, POCO parted ways from Xiaomi to operate as an independent brand.

Xiaomi already leads the market while OPPO and vivo have an extremely strong on0-ground presence. Samsung too has a considerable chunk due to its revered brand perception. Realme has consistently shown radical growth and it’s going after Xiaomi with all its might.

With an increasingly competitive market like this, POCO has a lot to accomplish. Currently, the brand only has the POCO X2 on sale. 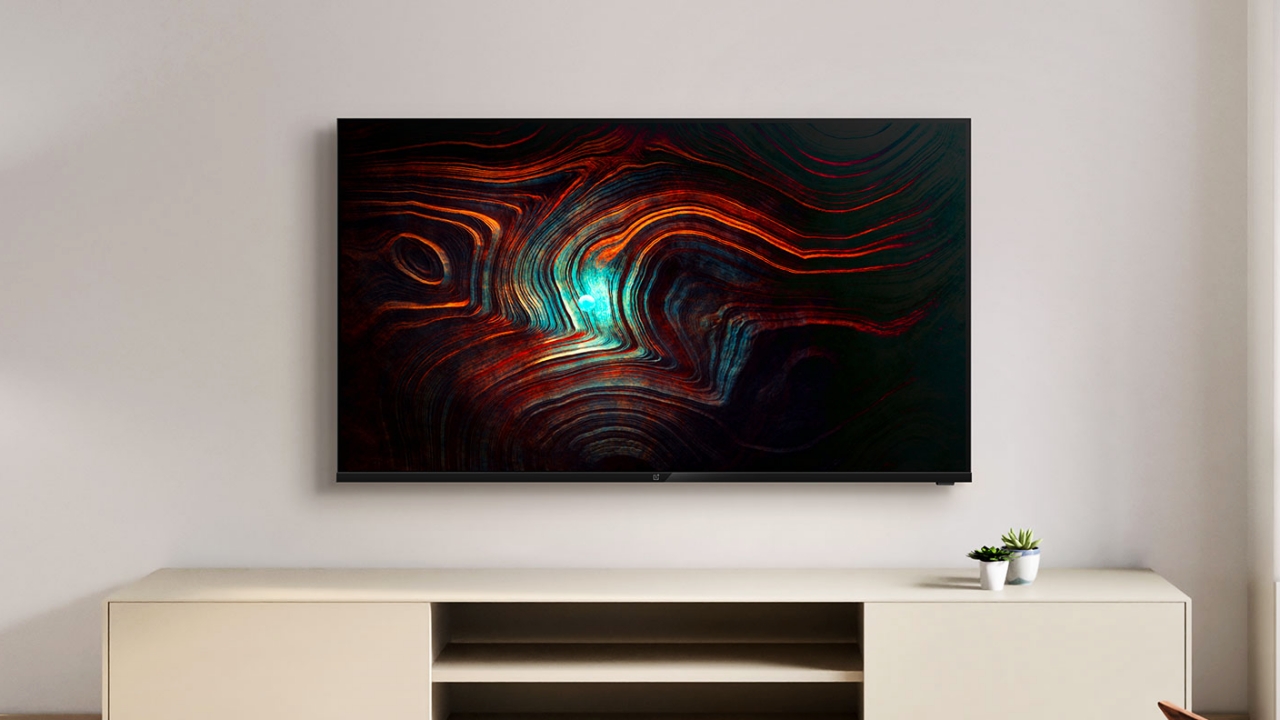 OnePlus entered the smart TV market last year but targeted the premium segment. Unlike its phones, the division is yet to take-0ff. The brand is taking a step forward and announced two new TV lineups — the U and Y-series in its portfolio.

Despite the different sizes, all the TVs have a lot of things in common. The brand intends to offer the same high-end user experience across all the TVs in its bag. The three offer DCI-P3 93 percent color gamut Cinematic Display and support for OnePlus’ Gamma Engine for a smoother and clearer experience.

Furthermore, the OnePlus TV U1 brings support for Dolby Vision for cinema-quality HDR processing. The Y-series is left behind here due to lower resolution. However, all the TVs have Dolby Audio compatibility.

Other features include Oxygen Play, OnePlus Connect, and a seamless easy-to-use remote with dedicated keys for streaming sites. All the TVs ship with Android TV 9 Pie out-of-the-box.