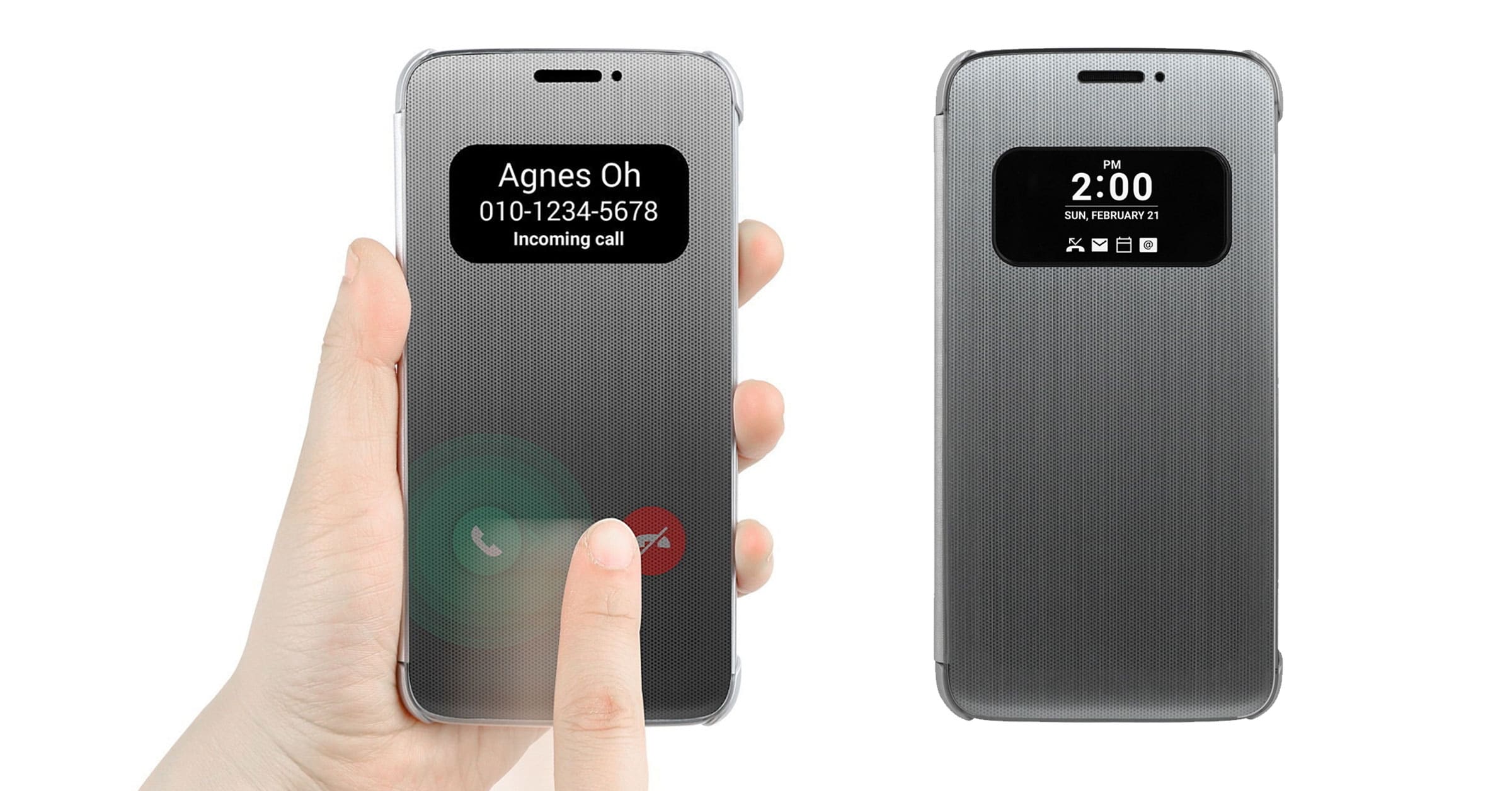 The phone hasn’t been unveiled yet, but LG is already announcing a case for its upcoming flagship the G5.

Via a news release sent out to journalists today, the Korean smartphone manufacturer detailed how a new Quick Cover case will work, and in the process inadvertently revealed the shape of its much anticipated Android smartphone.

The new case will have a semitransparent mesh cover with touch functionality, allowing users to access certain functionality like answering calls without having to flip the cover open. The new Quick Cover should also work with the G5’s “Always On Display” a feature teased by the company itself in an social media post earlier this week.

We’re not exactly sure how the Always On Display will work, but based on the animated GIF it posted on Facebook, it is expected to display time, date and notifications at all times – even when the display is off (it’ll still be on).

LG says the the glossy, metallic finish of the new Quick Cover complements the look and feel of the G5. We take that to mean, LG may abandon its plastic and leather build, in lieu of brushed metal. For now we speculate, but all should be clear on February 21st. LG is scheduled to unveil its new smartphone a day before the official start of Mobile World Congress – and just hours before Samsung is slated to unveil the Galaxy S7.

END_OF_DOCUMENT_TOKEN_TO_BE_REPLACED

Specs-wise the new Xperia X line isn’t going to be the most high end smartphone release of 2016 but Sony’s left just enough for the phones to be desirable. END_OF_DOCUMENT_TOKEN_TO_BE_REPLACED