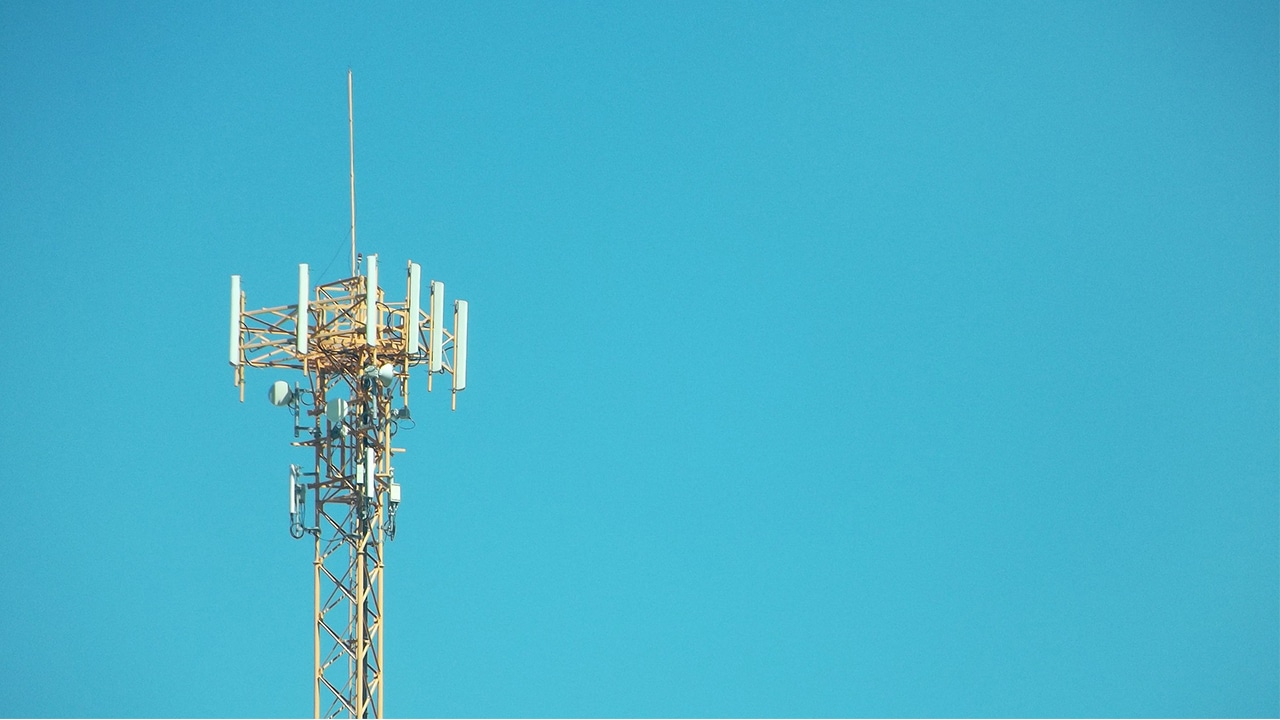 Is Wi-Fi better than mobile data? To most people, the answer is a resounding yes. Even disregarding mobile data’s inherent cost, Wi-Fi is seemingly faster and better than the mobile alternative. This perceived truth finds its roots in the infancy of the smartphone industry.

However, new research suggests that Wi-Fi’s superiority might be at an end. Based on a recent research from OpenSignal, mobile data is finally earning the recognition it deserves. Thirty-three countries have average mobile data download speeds faster than Wi-Fi speeds. This prestigious pack is led by Australia, whose mobile data speeds are 13Mbps faster than its Wi-Fi speeds. 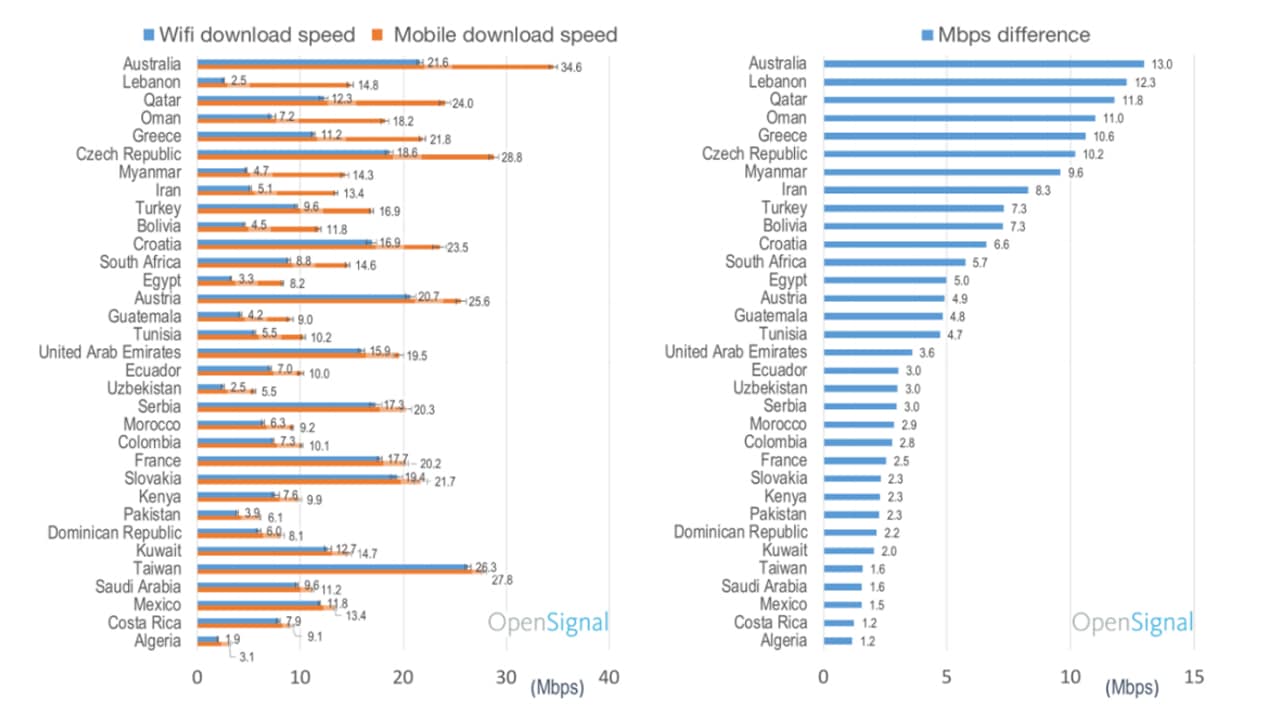 Curiously, this group consists of territories from Europe, Central Asia, Africa, and South America. Southeast Asia is remarkably absent from this list. Only Myanmar (9.6Mbps faster) and Taiwan (1.6Mbps faster) represent the region. Even curiouser, the usual suspects are nowhere to be found. Singapore, South Korea, Hong Kong, and USA have superior Wi-Fi speeds compared to mobile data speeds.

On their own, these results don’t present much of a revelation. The only surprise lies in the absence of more networked countries. However, OpenSignal’s research doesn’t stop there.

Instead of merely generalizing mobile data into one category, OpenSignal has also isolated 4G/LTE speeds from earlier variants, including 2G and 3G. The results are much more surprising.

Rather than the initial 33 countries, 50 countries have faster 4G/LTE speeds compared to Wi-Fi speeds. This tailored group is led by Lebanon, whose 4G/LTE speeds are 25MBps faster than Wi-Fi speeds. Besides the initial territories, Southeast Asia also enjoys more interpretation. Vietnam (2.9Mbps faster) and the Philippines (2Mbps faster) join Myanmar and Taiwan. This is a huge surprise; Southeast Asian countries have been notorious bottom feeders on internet speed lists. 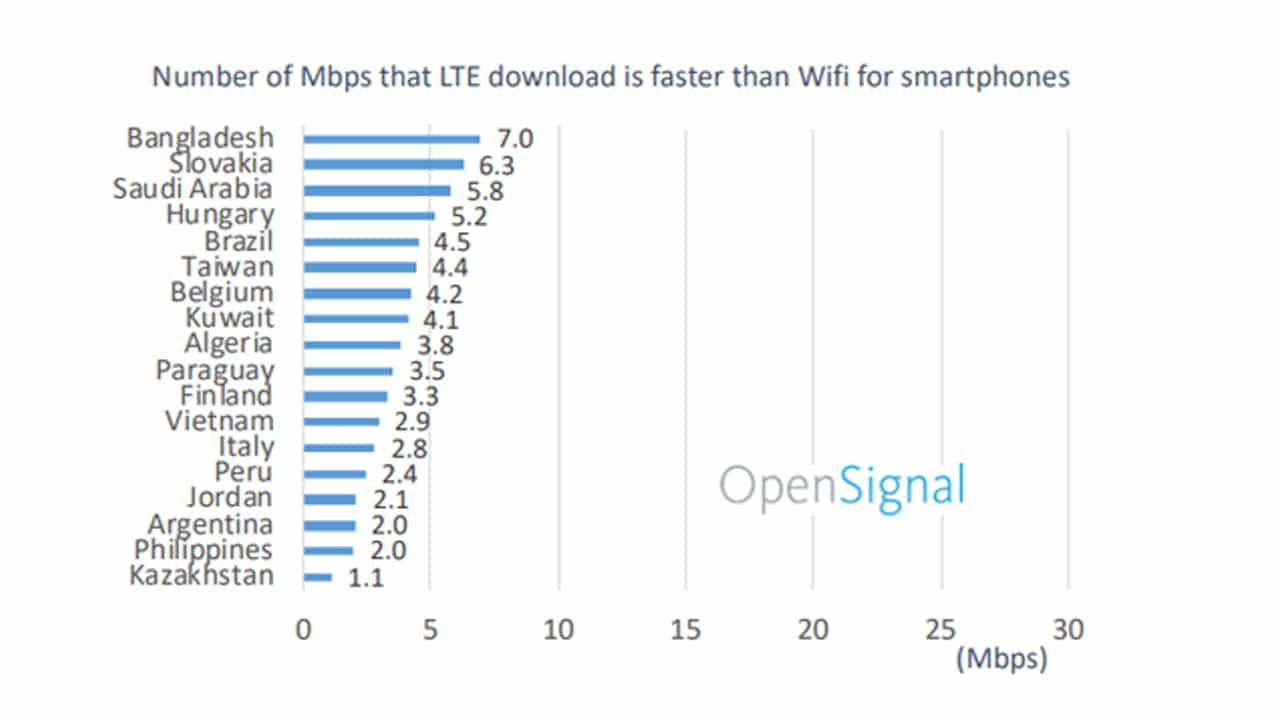 Of course, readers should note that the research does not factor in overall internet speeds. With that metric, the list takes on a more traditional slant.

Regardless, the research puts an optimistic note on the future of networking. The world is on the cusp of a 5G revolution. With the rise of mobile networking as a superior alternative, we are much readier for 5G networks than previously expected. For one, the Philippines will reportedly receive one of the earliest iterations of 5G networking. If the research’s predictions come true, then the world is headed in the right direction.