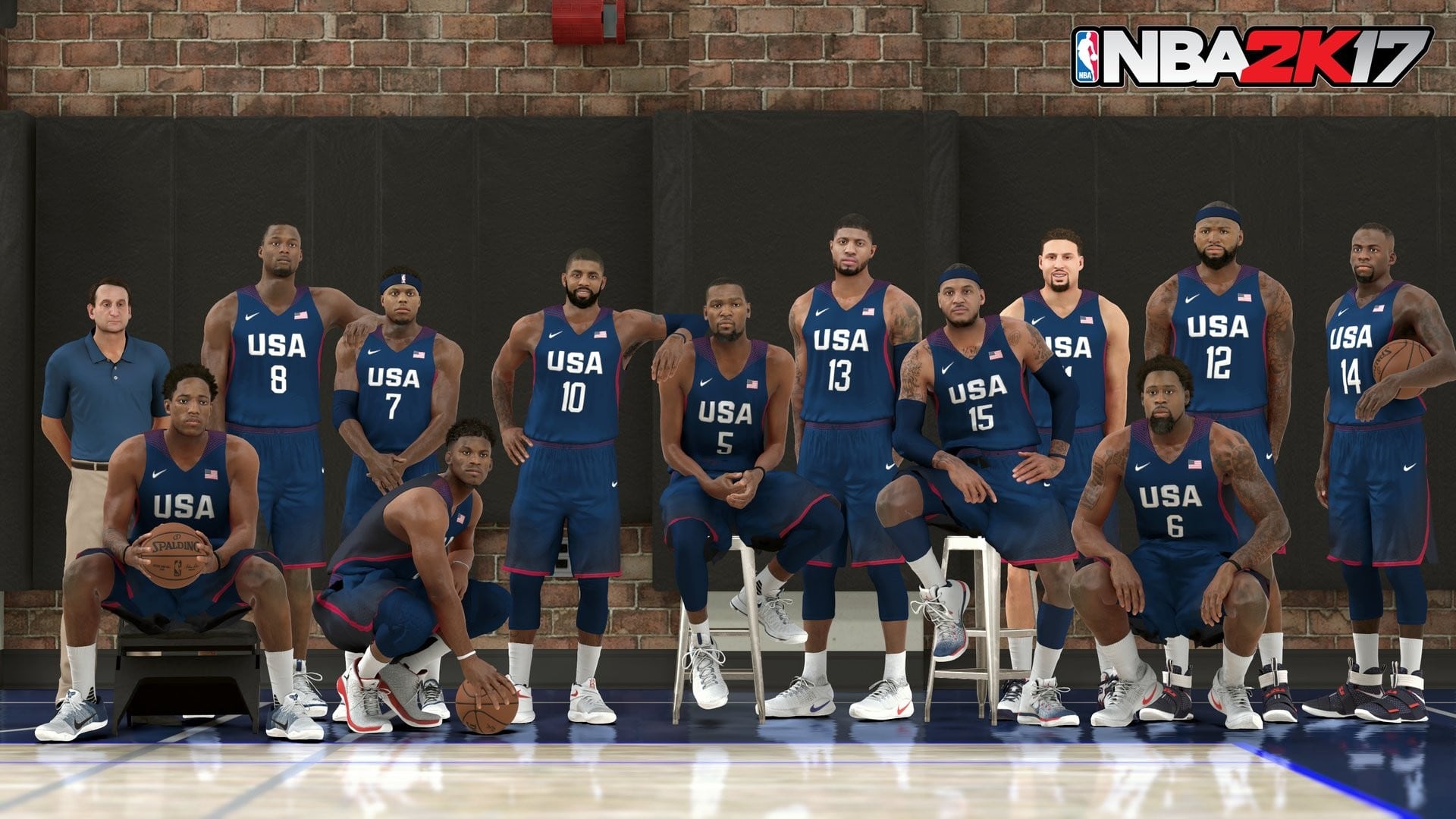 As hoops fans patiently await the arrival of NBA 2K17 on September 20 (or September 16 for those who preordered), developer 2K Sports has dropped major news about a new and exciting feature that will take basketball’s video game darling to unprecedented heights.

For the first time ever, NBA 2K17 will allow gamers to scan their own faces into the game using a smartphone app. Forget about creating a random with a generic face, this is as good as it gets until VR arrives, and players find themselves playing pick-up ball in a Lakers uniform against virtual LeBron James.

Also: Goodbye and good riddance to using a console camera or that depth-sensing Intel camera that’s only available on a minority of laptops. We always thought that the pursuit of the best version of our faces should start with a smartphone sporting a top-notch selfie camera, rather than a tethered console accessory that isn’t designed for narcissistic tendencies.

The free MyNBA2K17 companion app will be available on Android and iOS devices starting September 8, giving users ample time to play around with the feature before tip-off. But c

reating a person’s likeness isn’t the only thing the app is meant to accomplish; MyNBA2K17 also includes a mobile card game and a virtual closet that houses gear for console or PC avatars, and using it can earn players digital currency for NBA 2K17.

Face-scanning was introduced in NBA 2K15 but required a PlayStation camera or an Xbox One Kinect camera to use. A year in development didn’t do it any good, as the feature was panned by the NBA 2K16 community. Interestingly, EA’s NBA Live 16 featured a similar face-importing process, but it relied on smartphone cameras for creating cyberfaces. 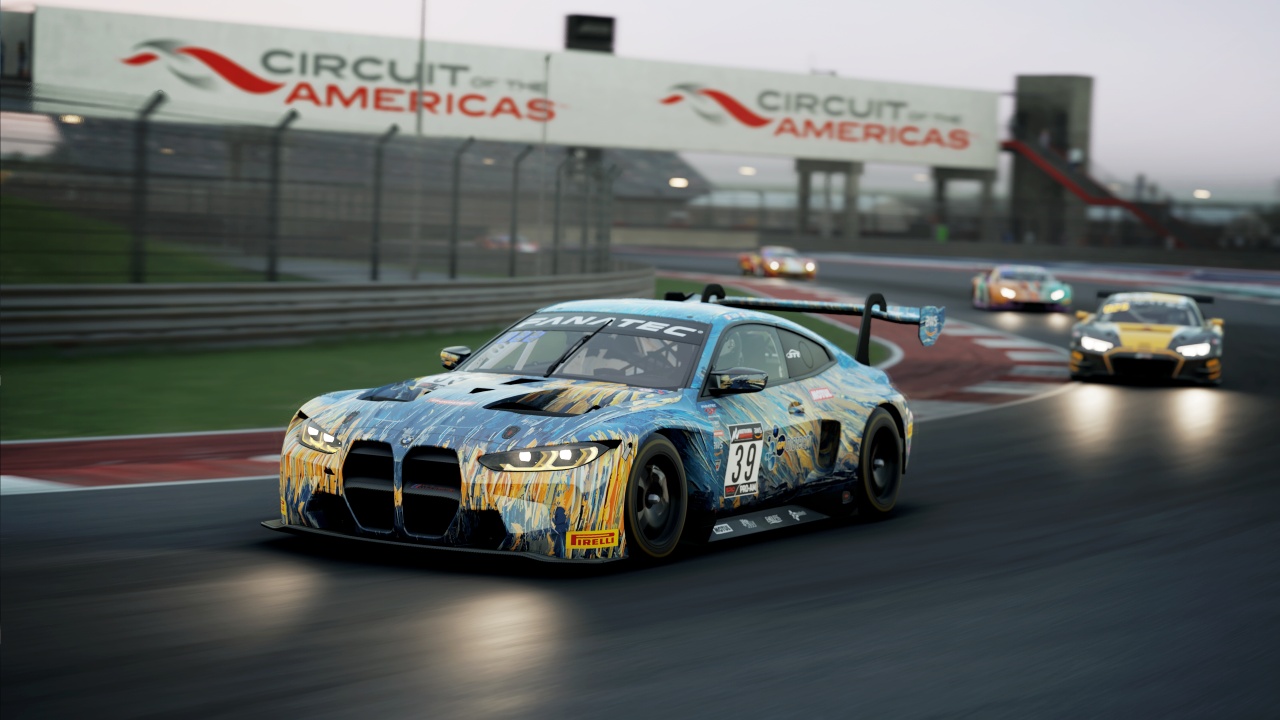 505 Games and KUNOS Simulazioni’s Assetto Corsa Competizione (ACC) has just been chosen as the official game of the 2022 FIA Motorsport Games’ esports competition.

The competition will take place from October 26 to 30, 2022, allowing GT fans to experience a whole new level of esports racing across 17 disciplines in ACC’s roster of GT3 vehicles.

The FIA Motorsport Games challenges esports competitors around the world in GT, GT Sprint, and Endurance disciplines to become the annual champion of the simulation racing world.

It will be the first time that ACC will headline the event. Fittingly, the American Track Pack DLC has just released on PC via Steam, featuring renowned US speedways for the first time.

Among those scanned and rendered for absolute accuracy are the Watkins Glen, Indianapolis, and Circuit of the Americas (COTA) race tracks.

The DLC is available now on PC for the following rates:

Coming to the Nintendo Switch 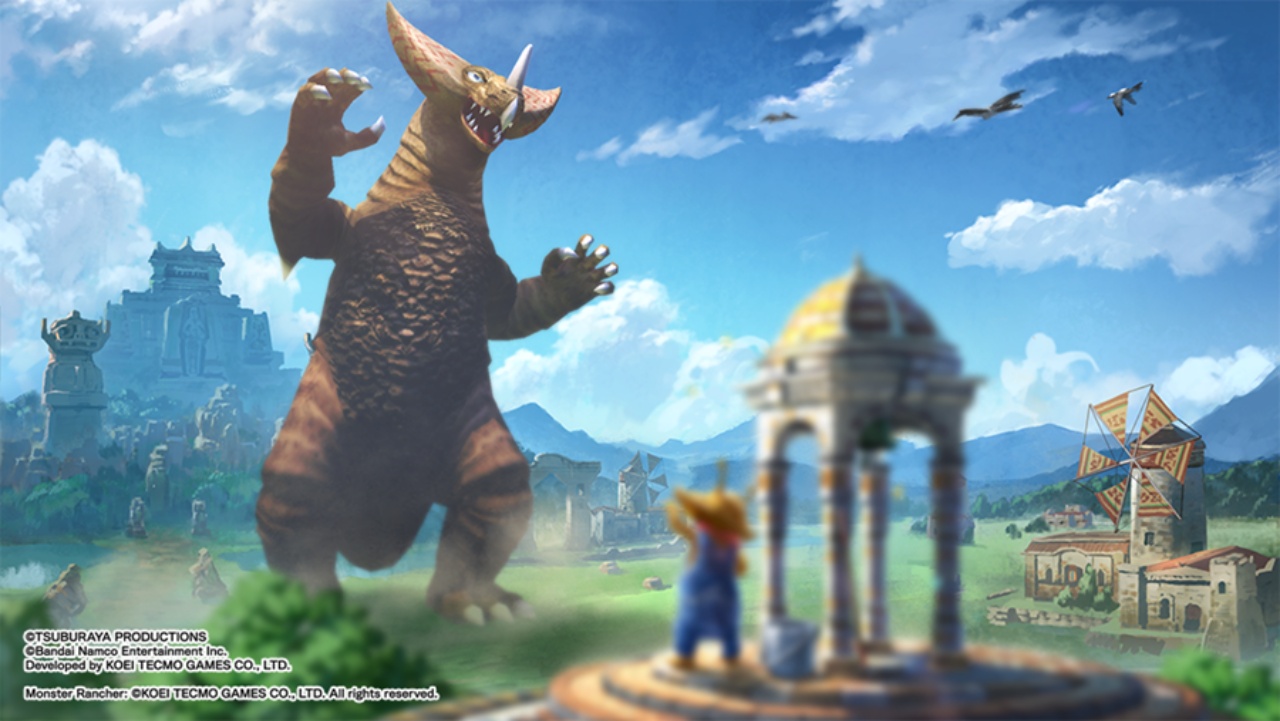 Players will soon be able to raise their own Ultra Kaiju and take them to battle as Bandai Namco has announced Ultra Kaiju Monster Rancher for Nintendo Switch with a release date set later in 2022.

The title is a collaboration between Ultra Kaiju, the villain monster in Ultraman action programs, and the monster-breeding simulation game Monster Rancher which is fittingly celebrating its 25th anniversary this year.

Just like Monster Rancher 1 and 2, the new title is a breeding simulation game, but this time, you’ll be raising Ultra Kaiju — like Alien Baltan, Zetton, or Gomora.

To generate your Partner Kaiju from the platform, simply follow these steps:

Raise your Ultra Kaiju for battles

Once generated, players will select from a range of actions like feeding them, training them, or sending them on an Errantry with rival Kaiju to raise them.

Your own Ultra Kaiju will be raised on a ranch. Once it has reached its potential, it will be time for tournaments where it will face off against rivals in powerful battles.

As the game is still based mainly on Monster Rancher, attacks will be available depending on the distance of the Kaiju and its opponent.

Using combinations and learning new moves via the Errantry will help your Kaiju dominate the arena. 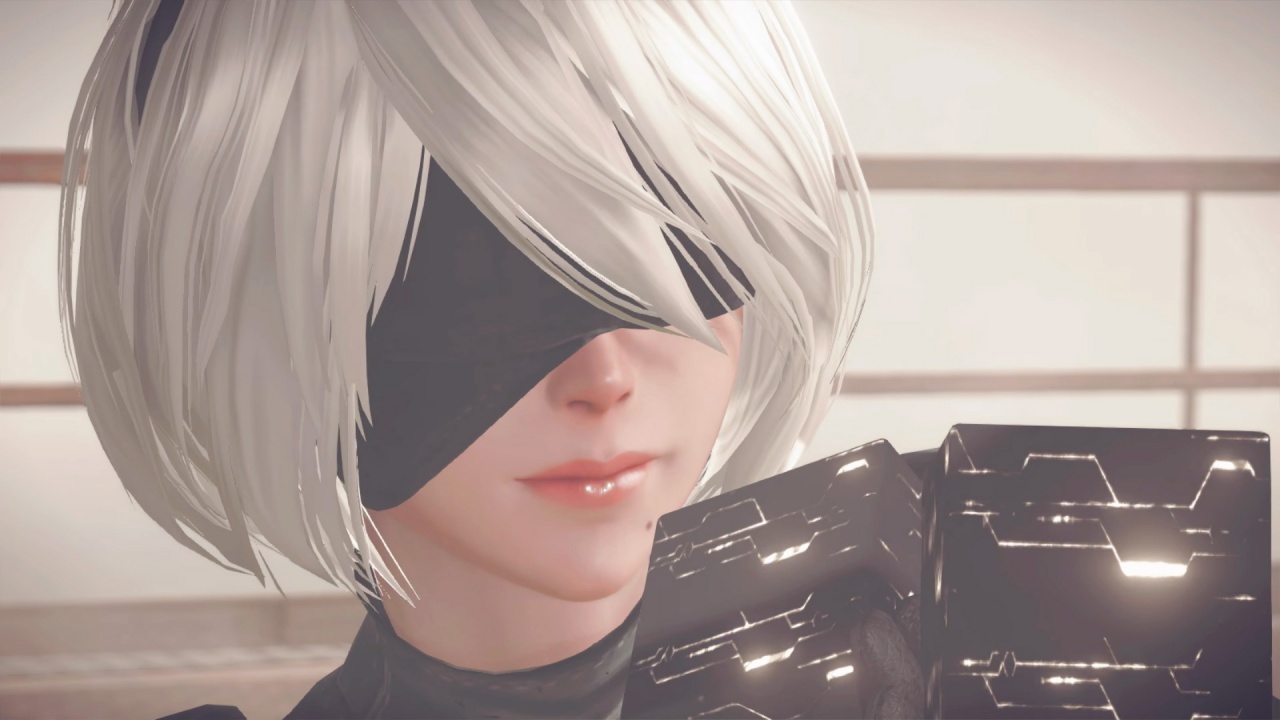 Post-apocalyptic RPG NieR: Automata The End of YoRHa Edition is coming to the Asia region on October 6, headlining a series of title announcements from video game giant Square Enix at Nintendo Direct Mini.

Players from the region will soon enjoy the action RPG, which has 6.5 million units shipped worldwide since its 2017 release, on Nintendo Switch.

Assuming the role of androids 2B, 9S and A2, players will have to reclaim the world from machine life-forms and uncover truths about humanity. Free DLCs with additional content and challenges will also be available for free download. 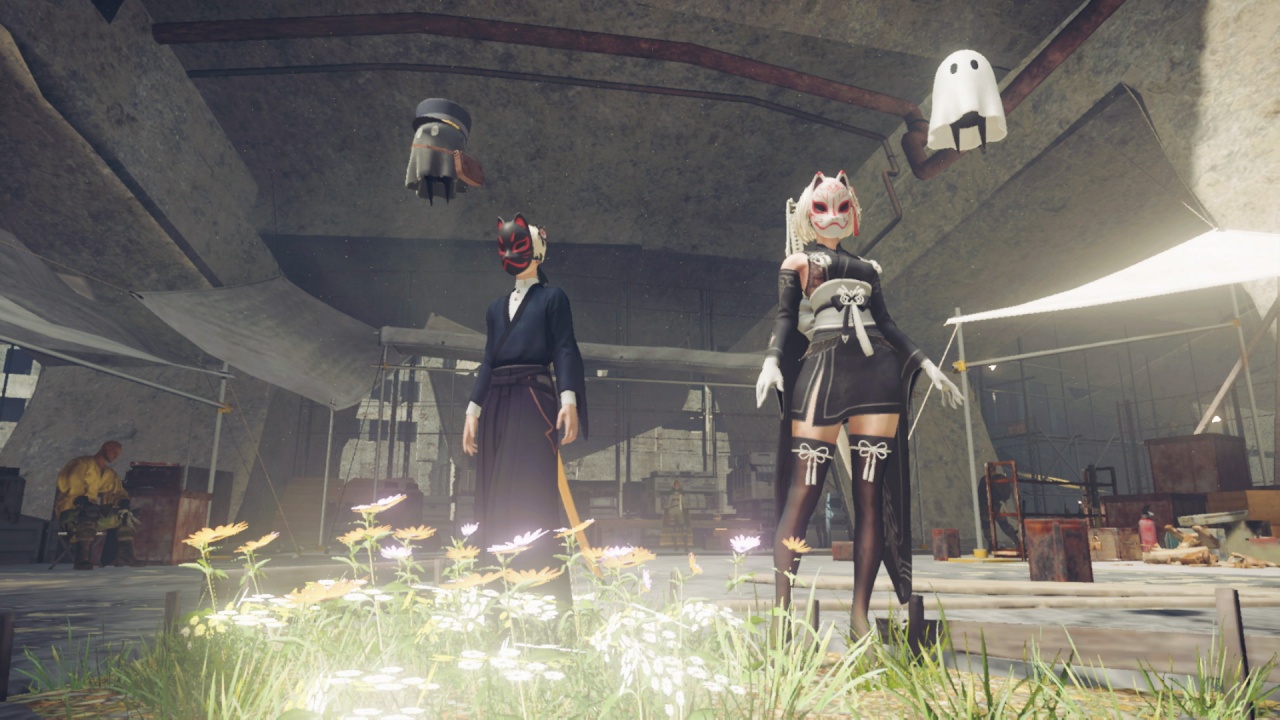 Aside from NieR: Automata, three more Square Enix games are going to be released later in the year.

LIVE A LIVE, a classic RPG game, is reborn into HD-2D and scheduled for release on July 22.

A demo version has already been made available for Chapters 1 to 3, and players may be able to carry over their saved data into the full game.

The game features seven time periods, seven protagonists, and seven gameplay variations which players may choose to play in whatever.

Each has unique elements and engaging battles along with interesting narratives. Completing all seven will unlock an eighth — the Middle Ages — where more adventures await.

Brand-new farming life simulation RPG with a dark twist Harvestella will follow on November 4, with a PC edition (Steam) to be released on November 5.

Harvestella is set in a vibrant and colorful world where giant crystals, Seaslight, create a smooth transition from season to season.

However, abnormalities suddenly appear and a fifth season, the Quietus or “season of death” wreak havoc wherein crops cannot grow and people cannot go outside.

This is where the challenge begins, and players can from various Jobs, such as Fighter, Shadow Walker, and Mage, and venture into dungeons to uncover the truth behind the calamity.

It will be a completely new spin off from the Dragon Quest series, and will explore the childhood escapades of Erik and Mia, who first appeared in Dragon Quest XI: Echoes of an Elusive Age.

Players will take control of Erik and Mia, as they explore a treasure hunter’s paradise. Players may recruit monsters which shall aid them in hiding loot strategically and even battling other treasure hunters.

Collecting treasure will allow players to increase their vault value, expand their home base, and add to their brigade of friendly monsters.