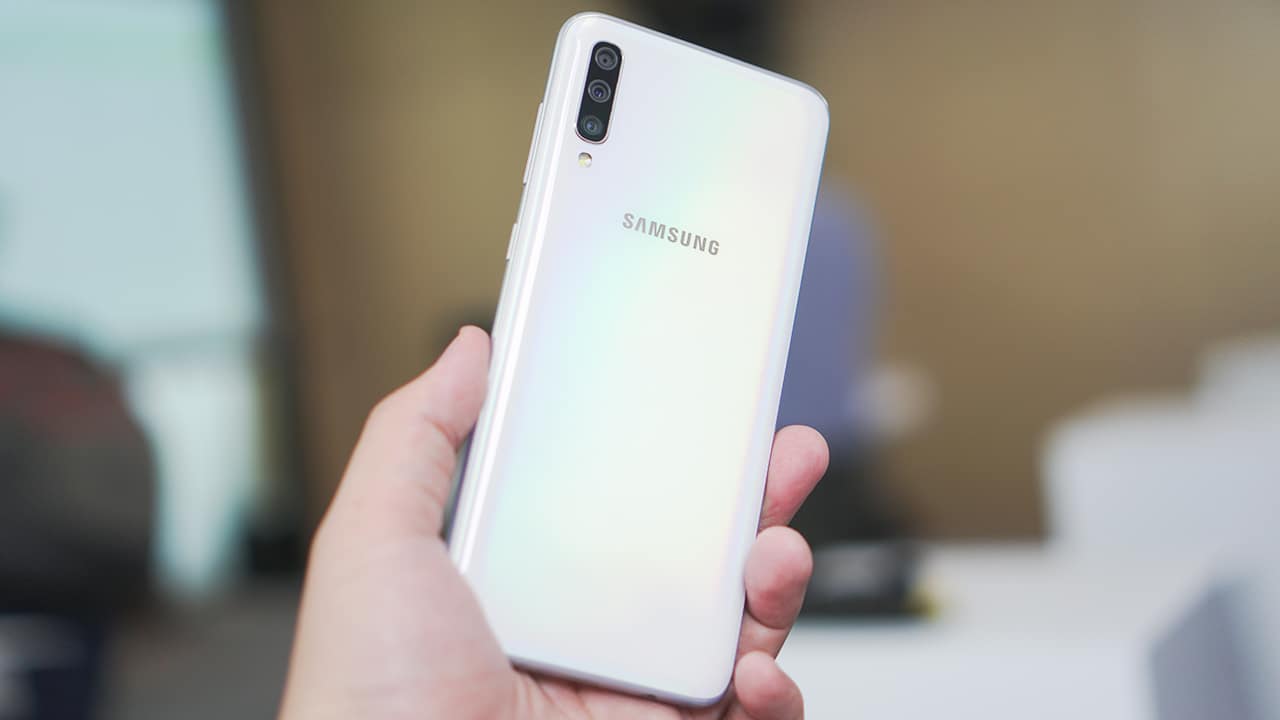 Samsung‘s new midrange under the refreshed Galaxy A series is finally available for pre-order in the Philippines and we already know how much it is. If the Galaxy A50 isn’t enough to convince you that Samsung is trying to get hold of the midrange segment, then the Galaxy A70 might.

The Galaxy A70 features a 6.7-inch Super AMOLED screen with an extra-tall 20:9 aspect ratio. Similar to the Galaxy A50, it also has a small U-shaped notch for its 32-megapixel front camera and an under-display fingerprint scanner.

The phone is powered by a Qualcomm chip (unusual for a midrange Samsung phone), specifically a Snapdragon 675 processor. It comes with 6GB of memory and 128GB of expandable storage. 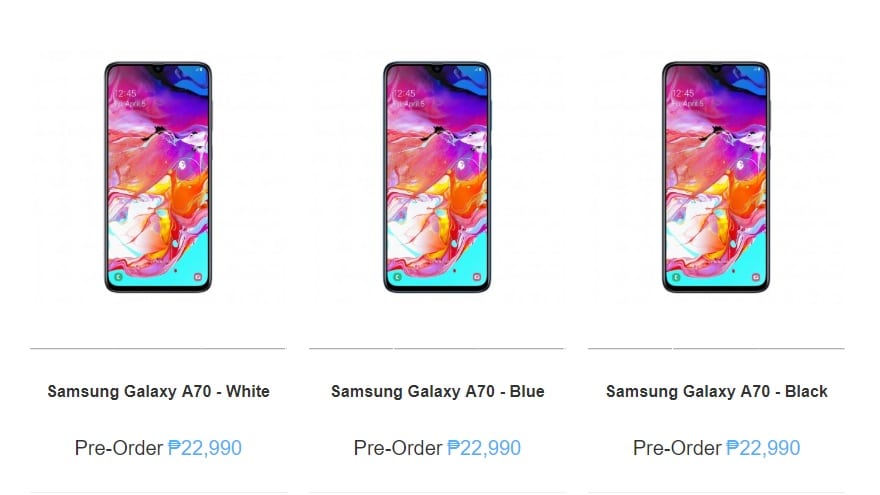 Samsung Galaxy A70 listing on Argomall

Camera-wise, it has three on the back: a main 32-megapixel f/1.7 camera, a secondary 8-megapixel ultra wide-angle shooter, and a 5-megapixel depth sensor.

Android 9 Pie is available out of the box and the phone draws juice from its big 4500mAh battery. Similar to most midrangers today, the Galaxy A70 supports fast charging up to 25W.

Samsung is yet to formally announce the arrival of the Galaxy A70 locally, but Argomall already has the phone listed for PhP 22,990. Moreover, it comes with PhP 4,000 worth of freebies like a JBL Clip 3 Bluetooth speaker and Nanofixit Screen Crack Insurance.

There’s no official release date as of writing. Sadly, the Galaxy A70 Blackpink Edition won’t be available in the Philippines — at least for now.

Update: The Galaxy A70 is already available in local Samsung retail stores and online channels including Abenson, Argomall, Lazada, MemoXpress, and Shopee.

SEE ALSO: There’s a BLACKPINK edition of the Samsung Galaxy A70