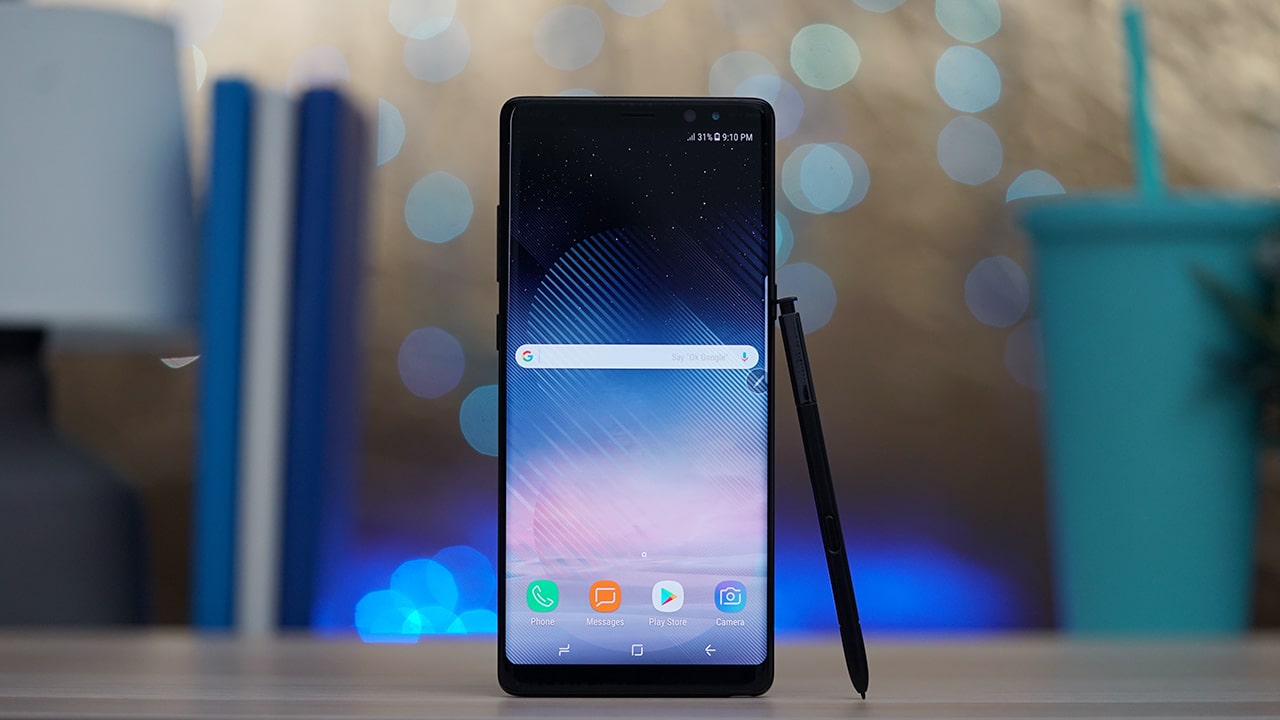 When you fall, there’s no other way to go but up. That’s how Samsung treated its Galaxy Note series after the catastrophe that transpired last year. We’re now looking at the Galaxy Note 8, and it’s already living up to the hype.

If you’re thinking of the Galaxy Note 8 as a larger Galaxy S8+ with an S Pen, you’re only partially correct. While the stylus is indeed the major selling point once again, the real evolution for the series is in the dual-camera setup.

This feature is a first for any Samsung phone, and it brings features that haven’t even been seen from other smartphone brands. 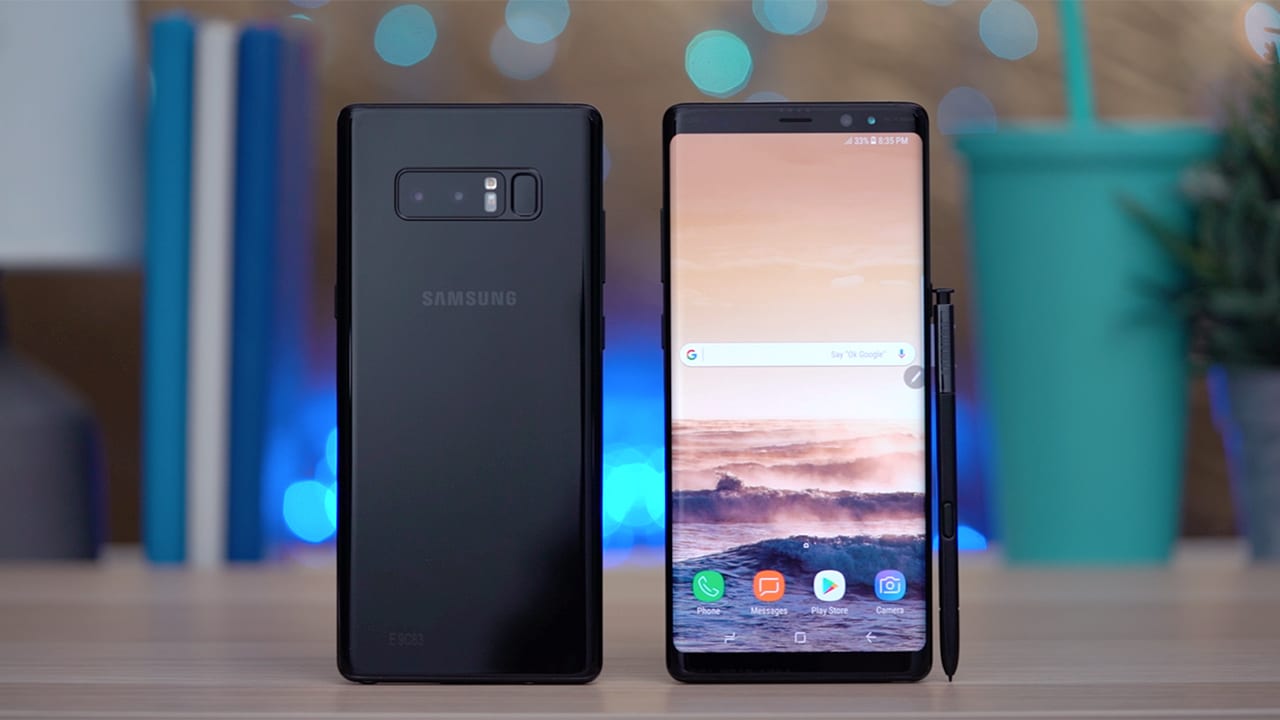 On top of one lens having 2x optical zoom, both 12-megapixel rear cameras have optical image stabilization. That’s a big deal, because that means the secondary telephoto lens would have sharper images despite shaky hands.

And since the two image sensors were made equal, they can capture the same subject you’re shooting at the same time. With this, you only need to compose one shot for both wide-angled and zoomed-in views — that saves you so much time and prevents missed photo opportunities! 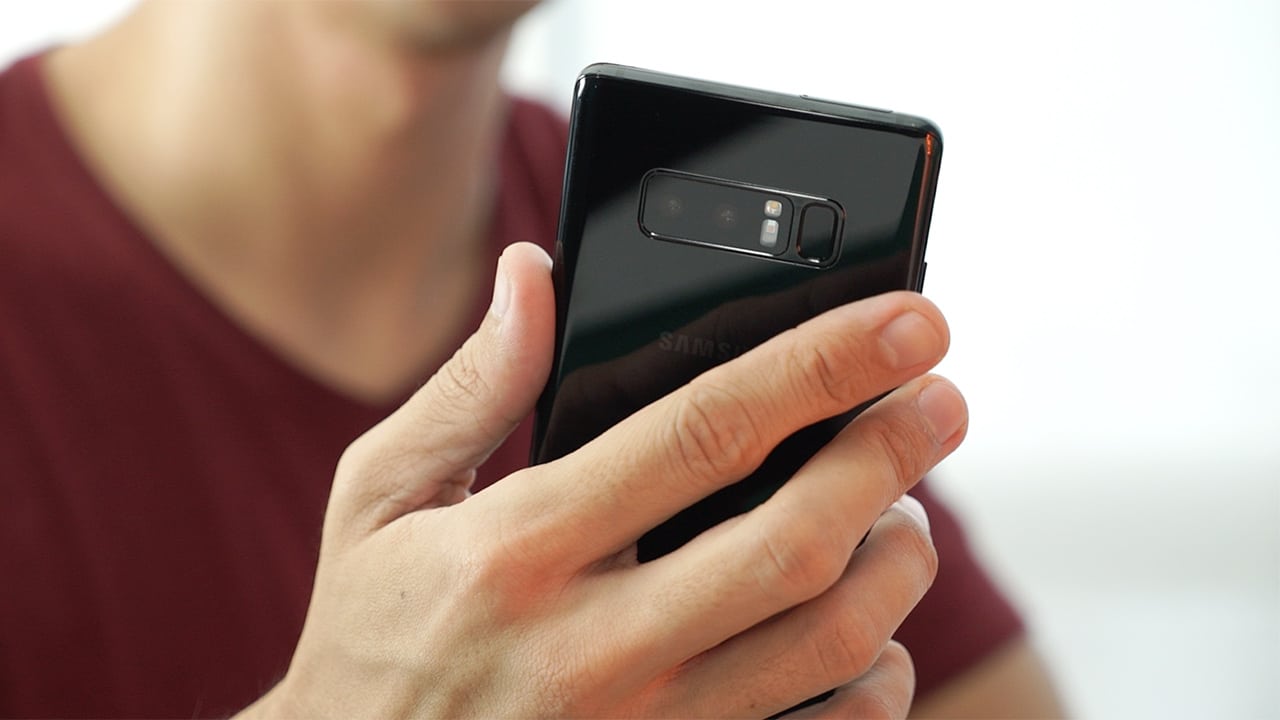 Another major feature is something Samsung calls Live Focus. You may have heard of this before from other manufacturers, but Sammy’s implementation is a little smarter: Users can adjust the intensity of a photo’s background blur before and after activating the shutter. From what we’ve seen so far, the bokeh is realistic and not as artificial-looking as what you’d get from simple apps. 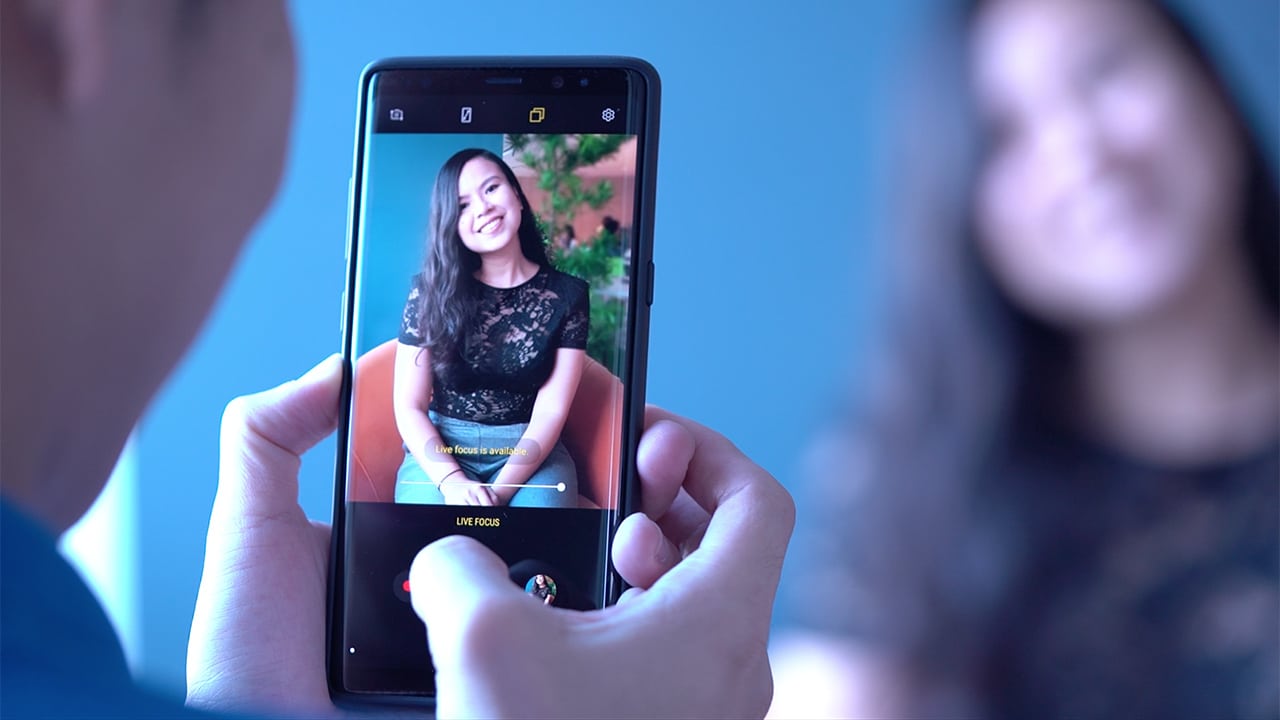 Of course, the S Pen got its own upgrades, but they’re more on the software side.

Bring out the stylus from its chamber in the lower-right edge, and you’ll see more options than ever before. Do so while the screen is off to pin notes on a blank black canvas; write or draw Live Messages that turn into animated GIFs which you can send on a messaging app of your choice; and make quick currency conversions or sentence translation with a flick of the S Pen.

Best of all, doing all these tricks while the phone’s wet and the S Pen is out of its slot is possible. 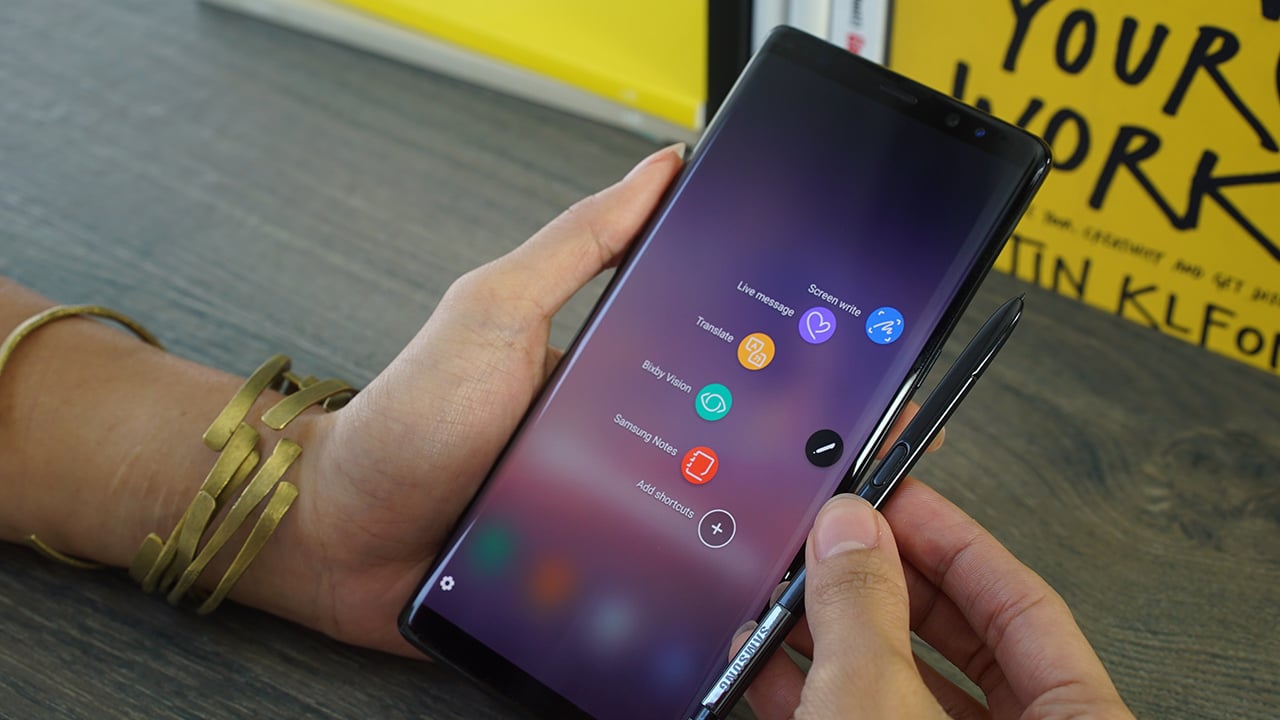 Making all this magic happen is a frame that’s slightly larger and blockier than the already-big Galaxy S8+.

At 6.3 inches in size, the Galaxy Note 8 with its Quad HD Super AMOLED display takes getting used to. Taller in stature, it would take an even longer reach to get to the fingerprint scanner at the back. Fortunately, the placement is a little better than the Galaxy S8’s; the LED flash is now found in between the sensor and the dual cameras, so there’s less room for error.

Since there’s more real estate to work with, Samsung is presenting Apps Edge, which allows you to launch two apps simultaneously to be placed on the top and bottom halves of the screen. That’s perfect for software that work better in tandem, such as Google Docs and Keep, or YouTube and any messenger app. 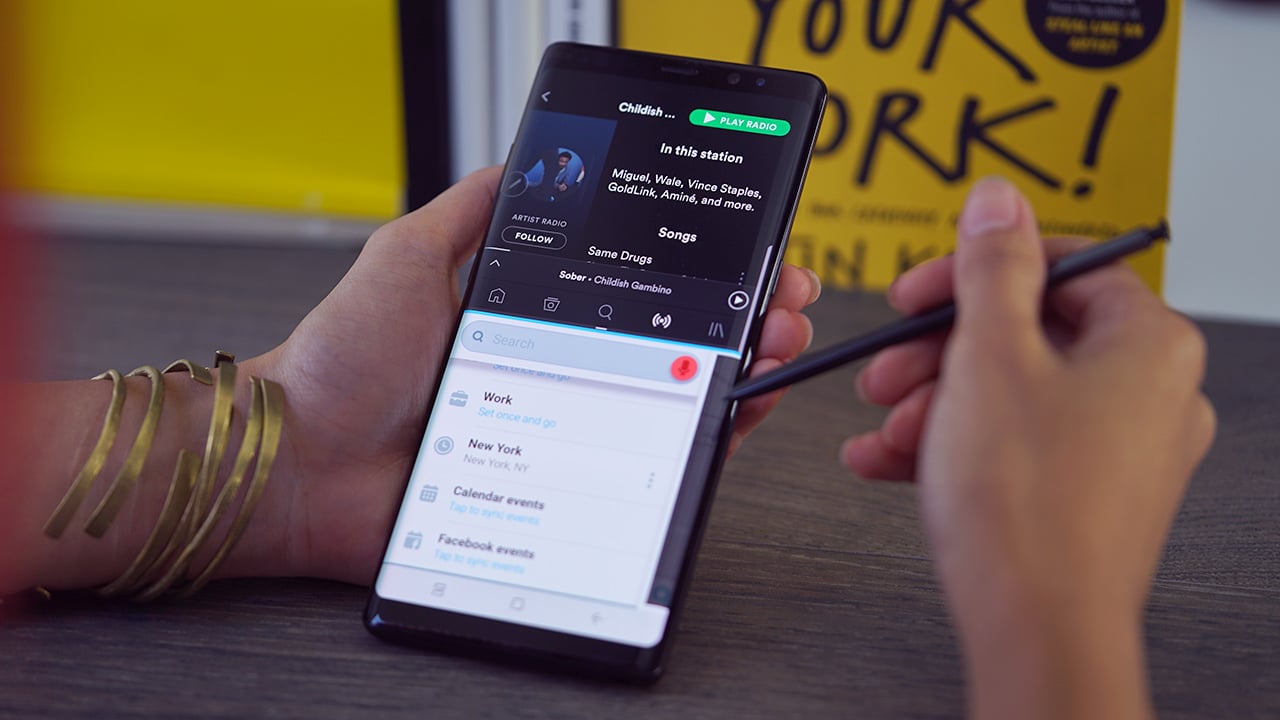 Chipset manufacturer Qualcomm hasn’t released a new high-end processor since the Galaxy S8’s Snapdragon 835, so the Note 8 is settling for the same one. In some regions, consumers will see the Exynos equivalent of the chip, which according to benchmarks, performs just as well.

The rest of the specifications include 6GB of memory, 64GB of storage with microSD expansion, and fast charging through Samsung’s proprietary Adaptive Fast Charging technology. The only letdowns are the Galaxy Note 8’s use of a relatively small 3300mAh battery and outdated Android 7.1 Nougat operating system. The former is the result of Samsung taking it easy after last year’s gaffe, while the latter was caused by unfortunate timing. 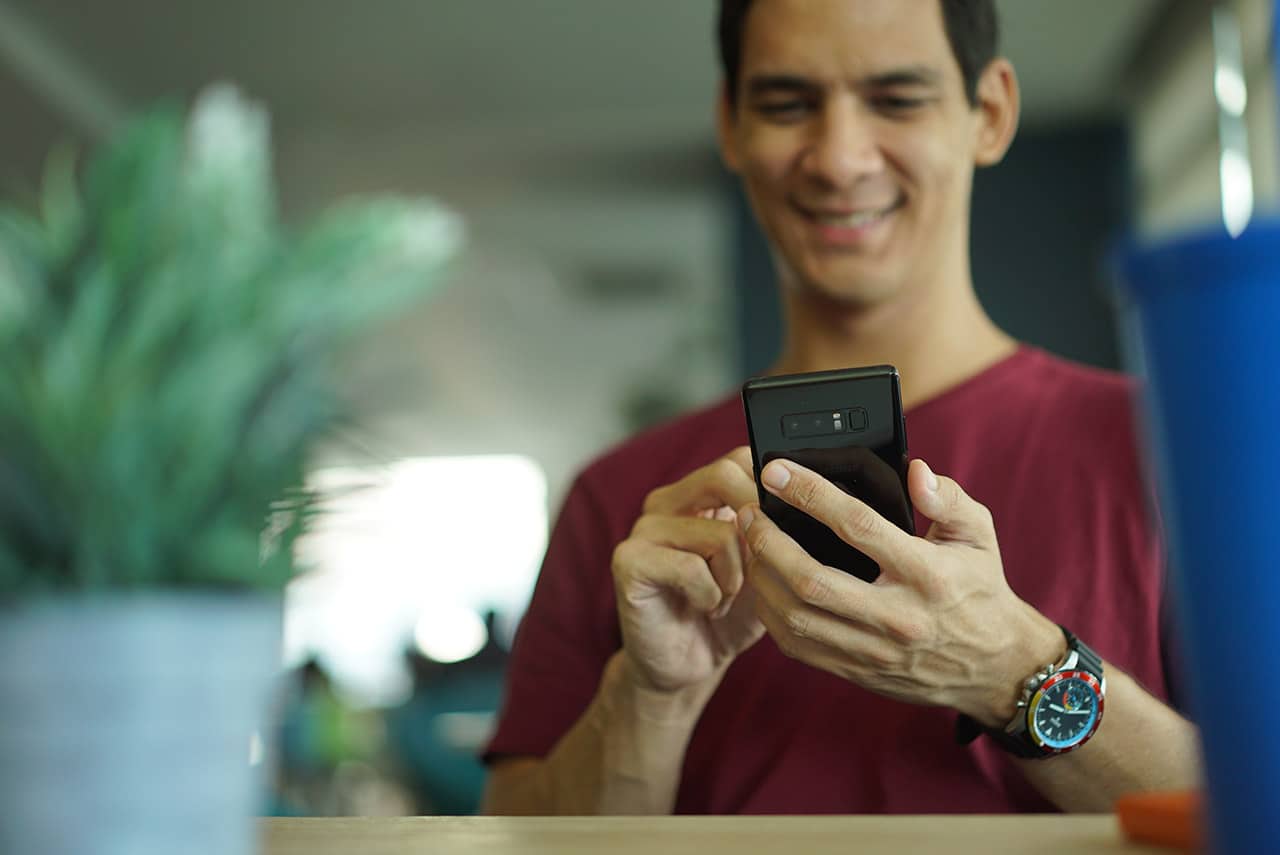 Four colors will be made available for the Galaxy Note 8: midnight black, orchid gray, deep sea blue, and maple gold.

The unlocked version that’s free of network carrier branding will retail for US$ 929 in the US. Global rollout will happen gradually beginning in September.

We’ve pretty much established that the Galaxy Note 8 is the best stylus-equipped smartphone in the market. The real question is: Is there more to it than that? END_OF_DOCUMENT_TOKEN_TO_BE_REPLACED