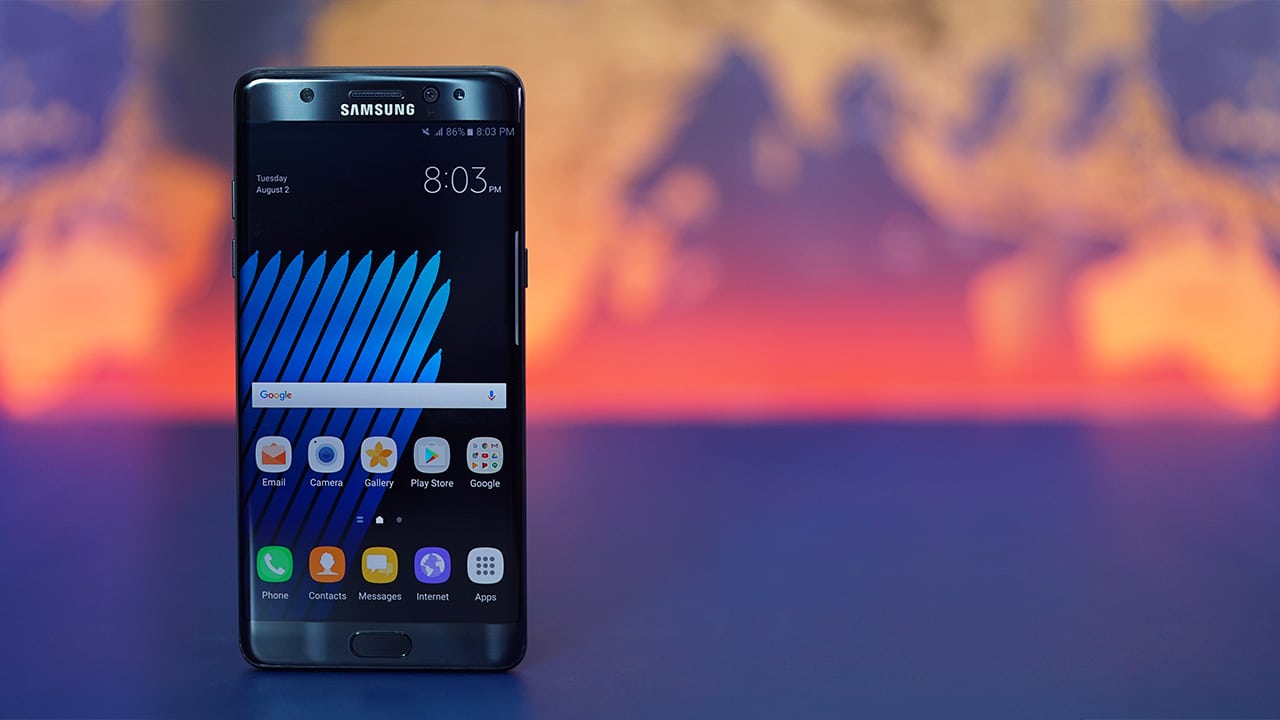 Samsung did something today I thought it would never do — not after what had occurred recently. All across the company, stockholders, executives, and staff must have thought the same thing.

The Galaxy Note 7 should’ve been fixed. That’s the whole point of the recall, exchange, or whatever it is Samsung did the past couple of weeks on an unprecedented scale — all that effort should have resulted in a safer phone than when it first arrived in stores. Even though its propensity to spontaneously combust in your hand or in your home should be the least of your concerns when deciding on your next handset.

Yet, clearly — pardon me — the fire on the Note 7 hasn’t died down. And it has forced Samsung to ask carriers and retailers worldwide to “stop sales and exchanges” of the troubled phone and tell customers to “power down and stop using” their device altogether. Again — and at a time when the company was starting to win back the trust of affected customers with swift action and accountability, along with apologies and compensation.

For a while, things seemed to be going well enough. I was there to witness first-hand how genuine company representatives were to Note 7 owners who exchanged their phones on the first day of Samsung’s replacement program in the Philippines. Samsung even put out a press release saying more than one million customers around the world are using “safe” Note 7 units. How long ago those times seem.

Today’s announcement puts the final nail in the Note 7’s coffin; or, more accurately, its black cardboard box. Not that critics and consumers alike didn’t see it coming. As The Verge notes, at least five incidents of replacement units igniting were reported in the U.S. alone within the past week.

A Note 7 caught fire on a plane, prompting airline staff to evacuate those inside; a man in Kentucky woke up to find his bedroom filled with black smoke from his burnt replacement device; a Virginia native saw his Note 7 “burst into flames” on his nightstand just two days ago. Many more incidents were reported across China, Taiwan, and South Korea.

It all seems like a replay of the same nightmare scenario Samsung found itself in a month ago. Which is a shame, because I really like the Galaxy Note 7. The rest of the folks here do so, too. So do a bunch of other people in tech, as well as consumers who want their handsets big and cutting edge. Beyond the top-shelf specs, the Note 7 has fancy looks; it has fancy features (the retina scanner is more useful than I predicted); it has fancy everything — including price.

Most importantly, Samsung tried to push the needle forward amid a stagnating industry mired in a prolonged technical slump. Perhaps, as others had suggested, it tried too hard, having recently found out about the “dull” iPhone 7 and iPhone 7 Plus.

We’re already months behind its fall launch, but the Note 7 obviously still isn’t market-ready, for whatever reasons. But its rivals are. And in the coming months, you can expect to see Samsung’s fiercest competitors pounce on the opportunity to sell more big-screen handsets while throwing shade at Samsung’s misdeeds and misfortunes. Sick of seeing those new phone commercials? Well, too bad — you’re probably going to see more of them.

Perhaps Samsung tried too hard to push the needle forward amid a stagnating industry mired in a prolonged technical slump.

This site had a lot of content planned for Samsung’s co-flagship, and the operative word here is “had.” The post-crisis review, the how-tos, the related videos — they’re all in the past tense now. The recommendation I made in early August is also no longer accurate; the best advice I could give anybody still using the Note 7 is the same one Samsung is dispensing with urgency: Turn off your device immediately and return it to a store for a refund or another handset. Period. No ifs and buts.

What was supposed to be the most important Samsung smartphone yet had crashed and burned unlike any other, leaving in its trail more questions about the company’s commitment to consumer safety than anything else. Samsung, it bears noting, did the right thing and went to great lengths to keep the battery issue in check. It halted sales and issued a global recall of potentially flammable handsets — twice, following a botched first try.

For the tech giant, maybe the best way to move forward is to eat a sizable slice of humble pie, drop the Note 7 altogether, and focus on the development of its other signature smartphone, next year’s S8. After all, it has enough in the coffers that it can afford to permanently discontinue the Note 7.

The longer this issue takes to resolve, the bigger the mess it makes. What it can’t afford is to let its reputation go up in smoke over one product that has caught fire a few times too many.