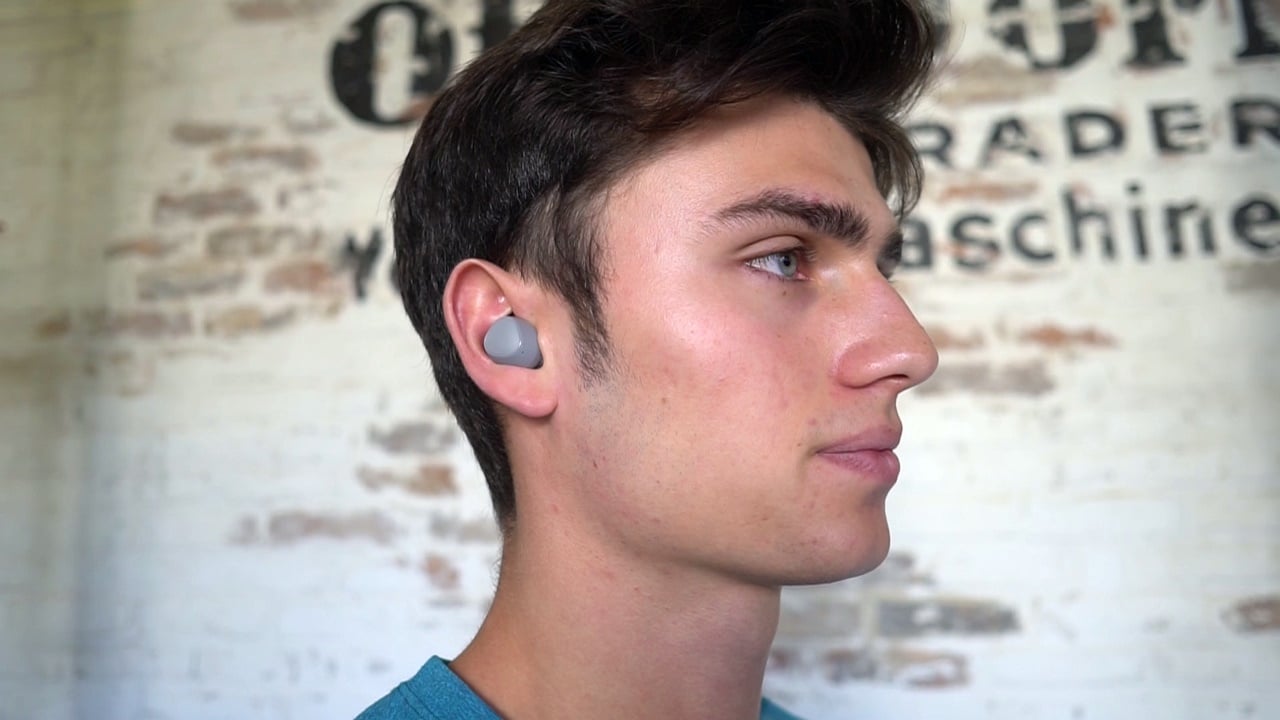 After the Galaxy Note 8’s grand unveil, Samsung is now turning their efforts to launch new wearables. The South Korean company has announced three new fitness-centric devices under their Gear lineup at IFA 2017 in Berlin.

The first one is the Gear Sport. It’s not exactly a successor to the Gear S3 from last year, but rather a sportier variant of Samsung’s full-fledged smartwatch with extra fitness features. Its 1.2-inch circular Super AMOLED display has a crisp pixel density of 302ppi and topped with Gorilla Glass 3. 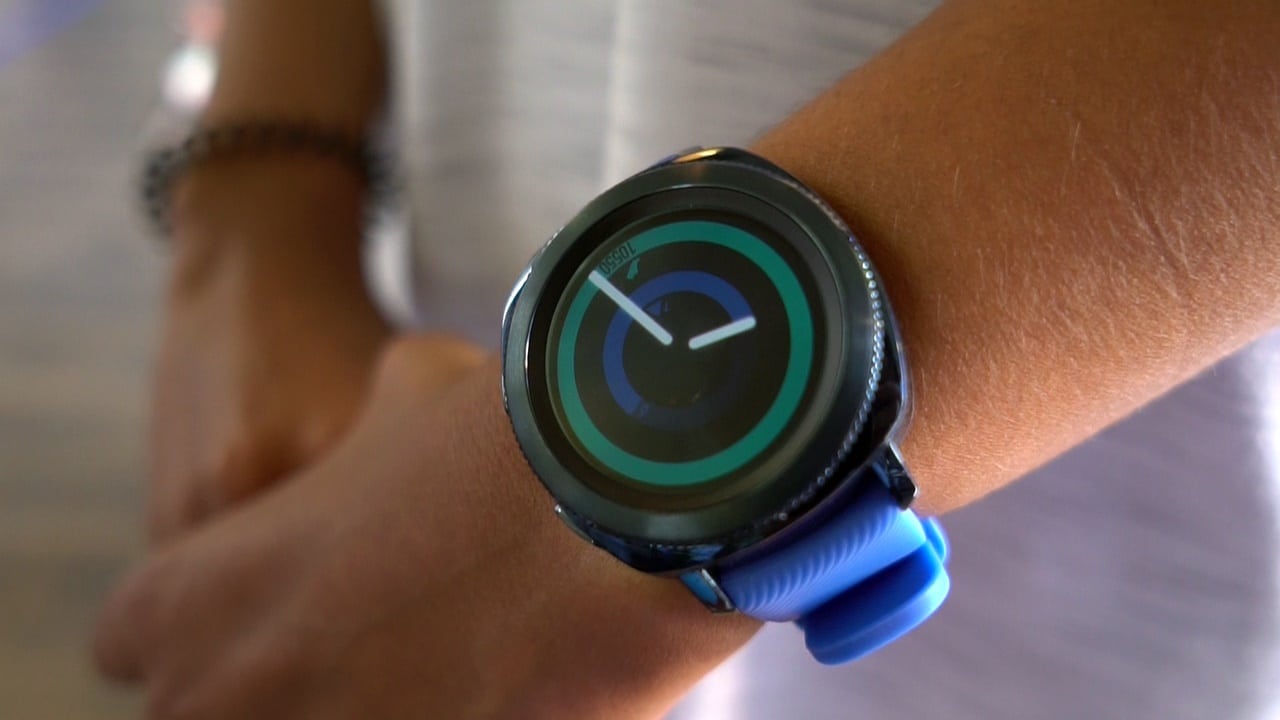 The Gear Sport runs Samsung’s own Tizen OS just like before with 768MB of memory and 4GB of internal storage. The watch is complete with connectivity suites like Bluetooth, Wi-Fi, NFC for Samsung Pay, and GPS. Thanks to internal sensors, the watch can track your movement and count calories burned. What’s new here is the focus on nutrition with custom fitness programs and weight loss goals.

The smartwatch is 5ATM water-resistant and has passed MIL-STD-810G specs for durability. The 300mAh battery onboard can be charged wirelessly as well.

Samsung’s fitness smartwatch also got an update with the Gear Fit 2 Pro. Like the Gear Sport, the Gear Fit 2 Pro is an incremental update to the previous Gear Fit 2 that’s already available in the market. This new “Pro” version adds water resistance of up to 5ATM or roughly 50 meters deep, which will allow you to wear it while swimming. The added hardware feature also comes with software, including a new Speedo app to track your swimming activities like stroke type, stroke count, and laps. 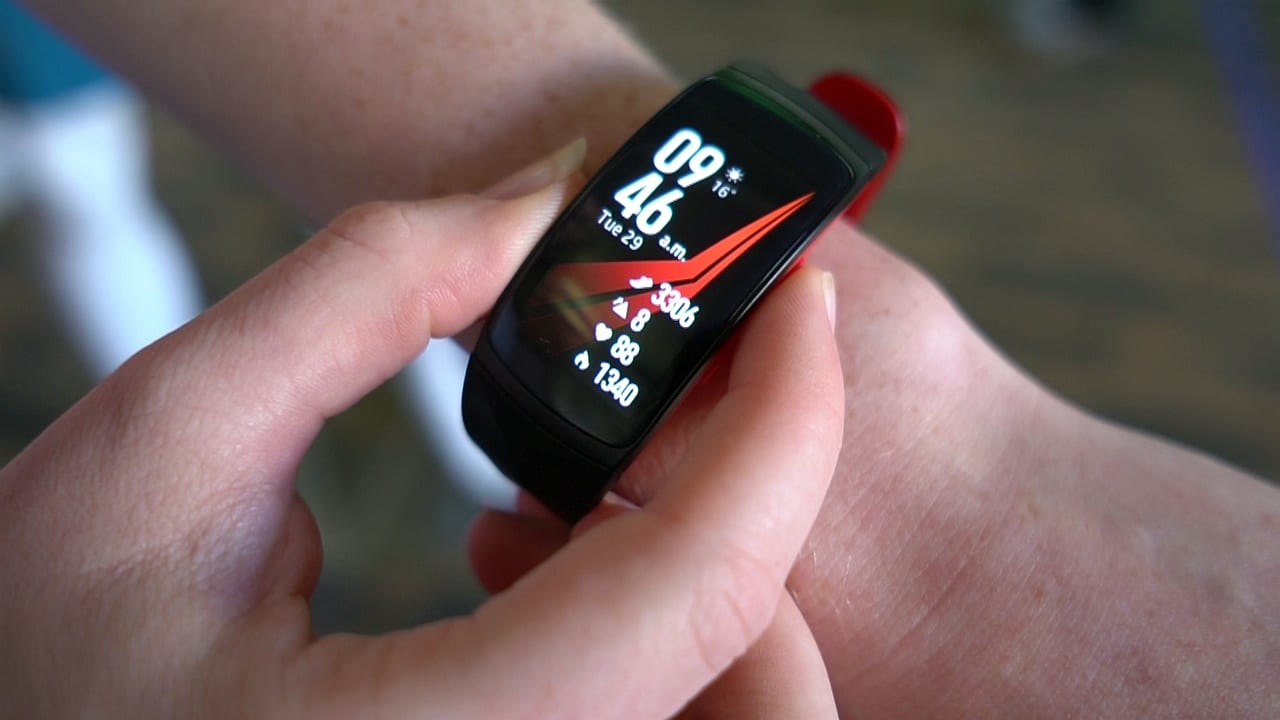 Not much has changed with the looks of the Gear Fit 2 Pro. It still has a 1.5-inch curved Super AMOLED display with Gorilla Glass 3 for protection, runs Tizen with 512MB memory and 4GB storage, and is powered by a dual-core processor. Bluetooth, Wi-Fi, and GPS are on board but lacks NFC for wireless payments.

Both the Gear Sport and Gear Fit 2 Pro are compatible with Samsung Galaxy phones, other Android smartphones with Android 4.4 or later, and iPhones running the latest iOS version.

Apart from smartwatches, Samsung also introduced a 2018 version of their wireless fitness earbud. The Gear IconX 2018 is slightly smaller than its predecessor, but has a bigger 82mAh battery built into the earbuds and 340mAh in the charging case. 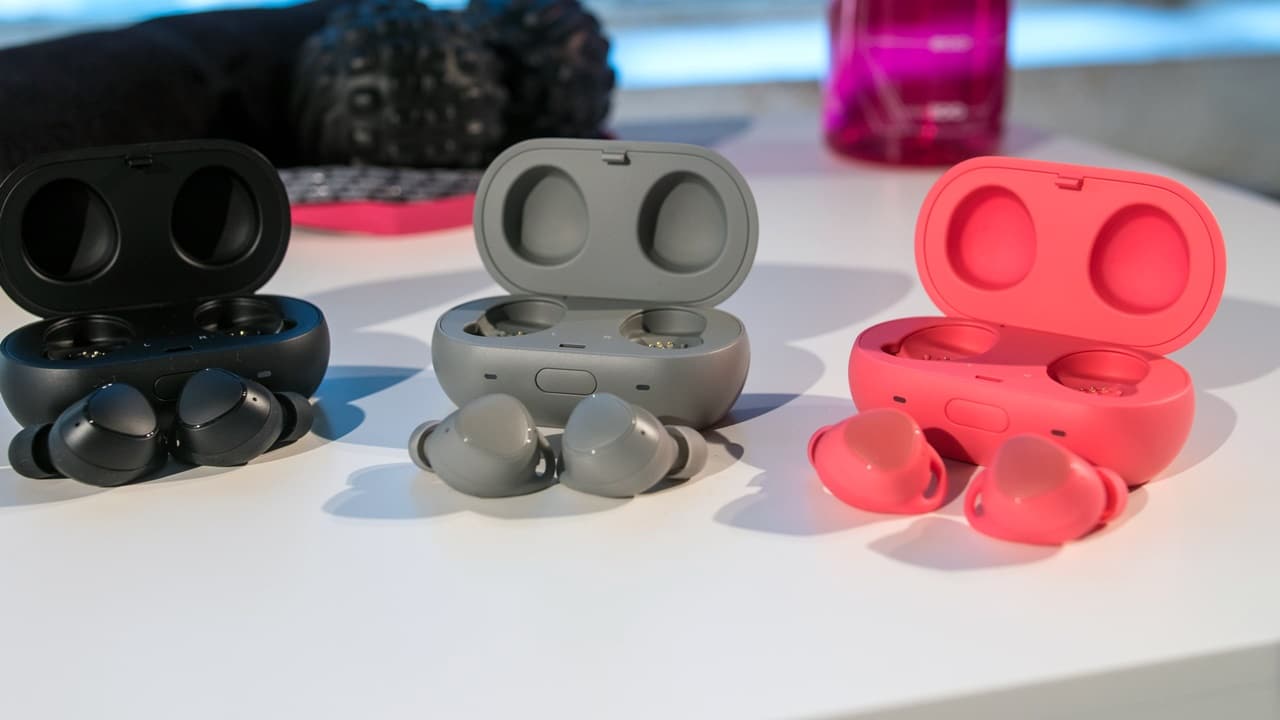 The main focus of the Gear IconX is the freedom from dangling wires while working out. According to Samsung, a fully charged earbud can last for seven straight hours or around five hours when used with Bluetooth connectivity to the phone. The portable charging case also quickly charges the earbuds; a 10-minute charge is equal to one hour of use.

The specs and looks of the 2018 version are familiar. It still has 4GB of storage that you can fill with songs of your choice, and keep your phone away while working out. There’s a voice-guided feature and capacitive touch controls to interact with the device. Since it’s still a fitness product, it monitors your heart rate and steps during a run.

The new Samsung Gear Fit 2 Pro will be available starting September 15 for US$ 200. Pricing and availability for the Gear Sport and Gear IconX 2018 are yet to be disclosed.

SEE ALSO: Will there be a Samsung Galaxy Note 8 Superman Edition?

IFA 2017 has brought the world many wondrous gadgets like the LG V30 and Acer Predator Orion 9000, but the Internationale Funkausstellung Berlin — one of the world’s biggest consumer trade show — has more interesting gadgets. A lot more. END_OF_DOCUMENT_TOKEN_TO_BE_REPLACED

You could say that Sony is a little behind the curve when it comes to design innovation, but you can’t deny their choice to stick to what’s proven to be great. END_OF_DOCUMENT_TOKEN_TO_BE_REPLACED