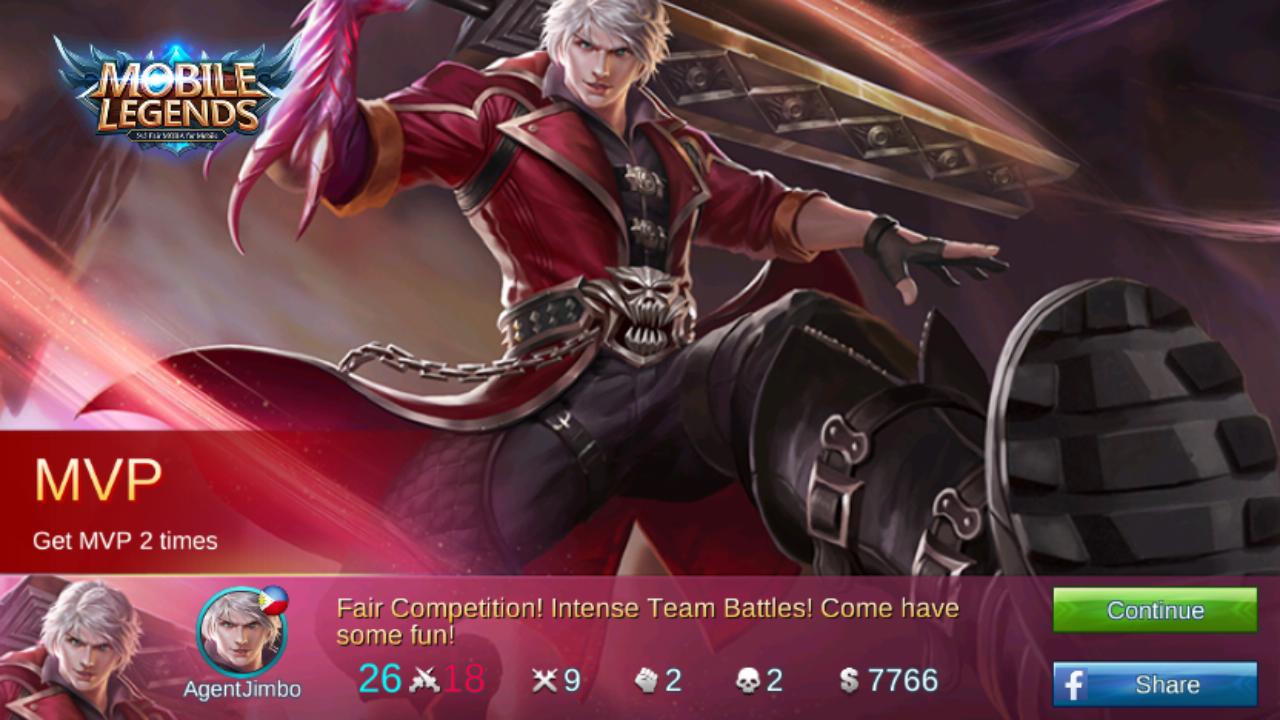 Have you been seeing this image on your Facebook feed a lot lately? Wondering what’s the big deal that has your friends actually sharing this stuff online for all their social circles to see? GadgetMatch takes a quick look at Mobile Legends.

So what is Mobile Legends anyway? It’s a multiplayer online battle arena or MOBA. What’s a MOBA? It’s a game where two teams of player-controlled characters, each with special abilities, face off in a large symmetrical level with the goal of destroying the opposing group’s home base, fighting off small AI enemies and toppling turrets in lanes on the way. 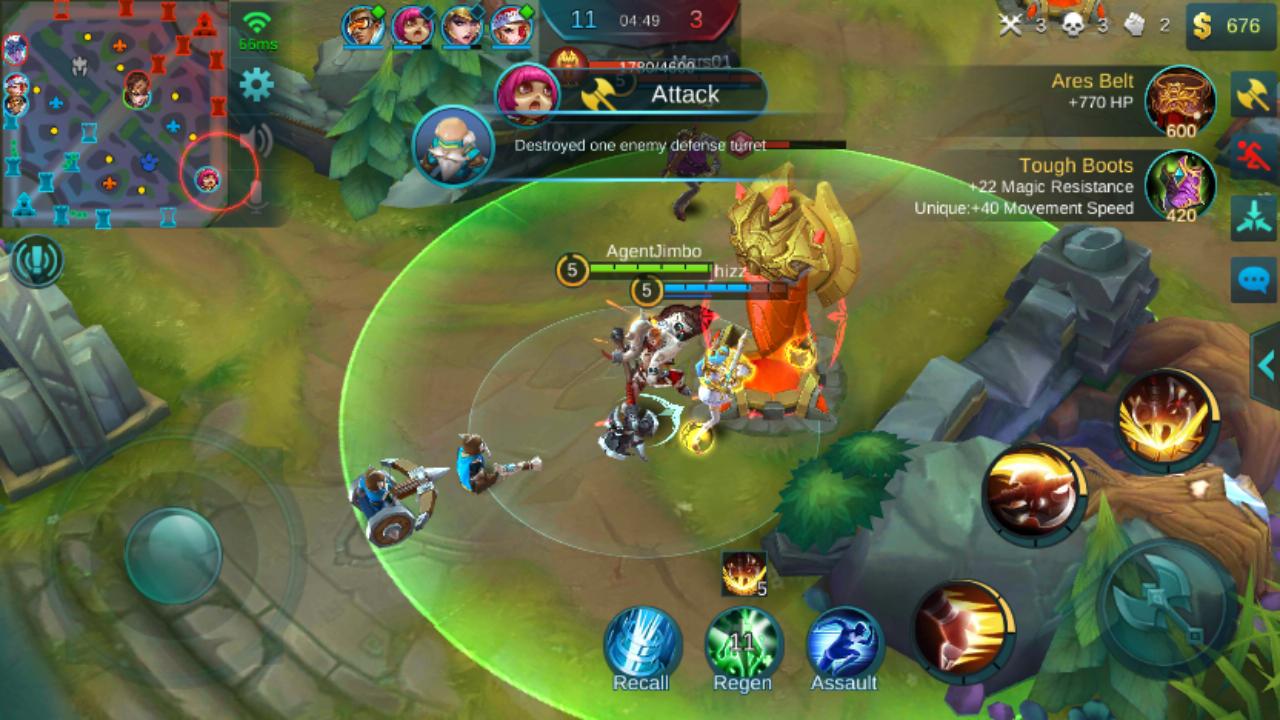 Basically, it’s DOTA that you can play on your phone or tablet.

Considering how huge DOTA and other MOBAs like League of Legends are worldwide, maybe it shouldn’t be such a surprise how Mobile Legends has become so popular. Just apply the formula to a mobile format, and you gotta have a hit, right?

Not exactly the easiest thing to do. MOBAs are super complex! 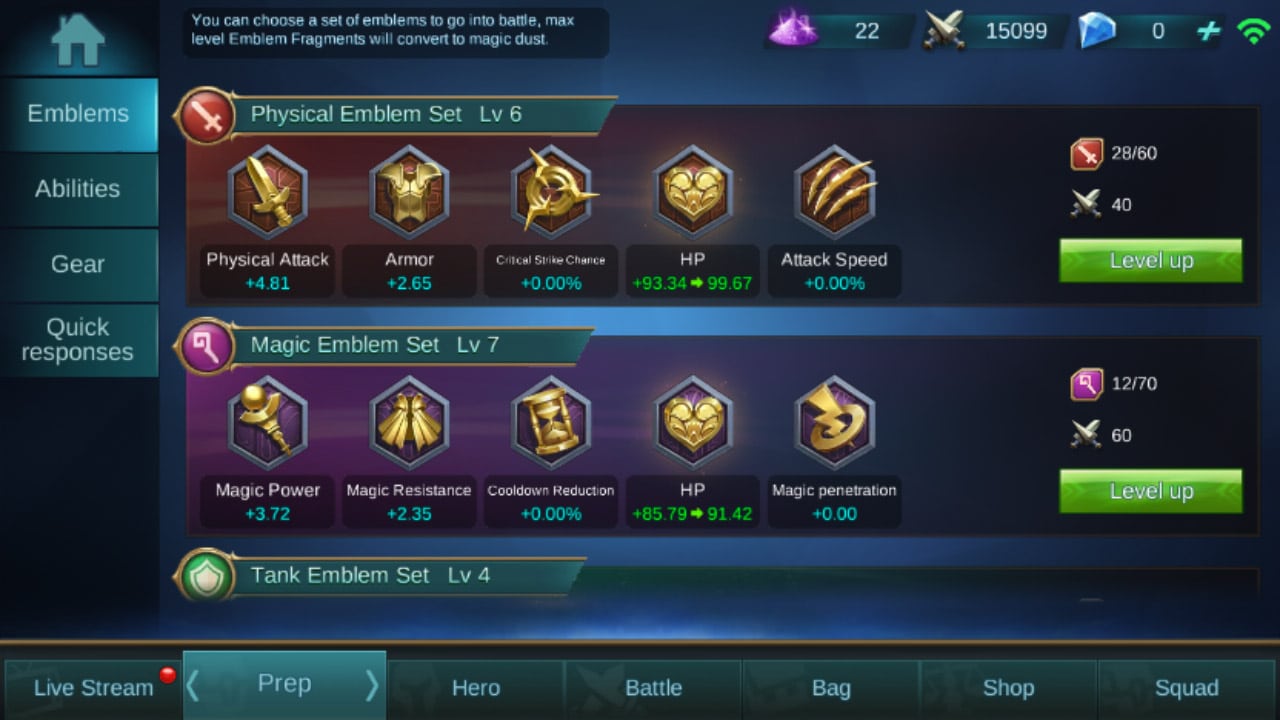 I actually never got into them even when the genre first exploded circa 2004 with the original Defense of the Ancients, because it was too complicated even for me, a hardcore console gamer. The highly competitive, testosterone-fueled atmosphere of net cafes was intimidating, too, for my awkward teen self back then.

My experience with Mobile Legends has been the complete opposite. Well, for the most part. 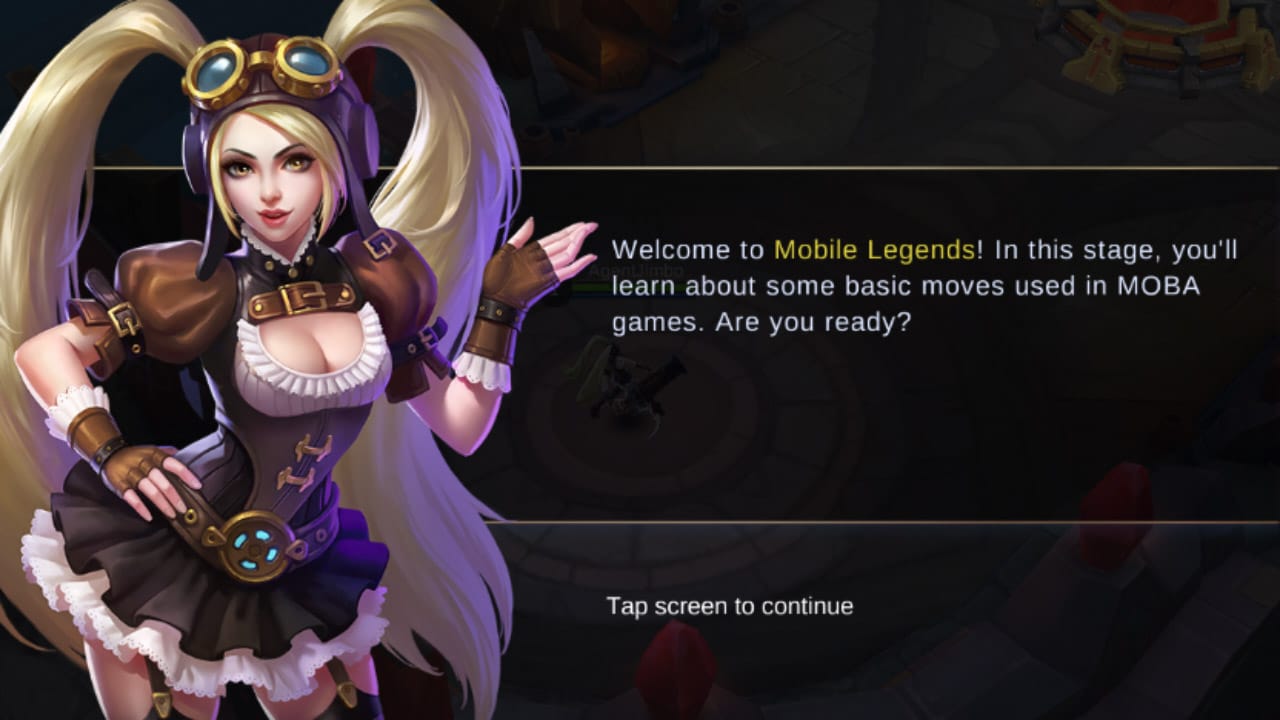 The moment you load up the app, it puts you right into a tutorial that walks you through the basic process of a match step by step with a character you can control. I understood the core concept of the game in the short time it took to complete the tutorial, which I wasn’t expecting at all.

In fact, I was kind of surprised to see the game run in the first place, since I have a low-end smartphone that can’t properly play 1080p videos and struggles with modern, graphically demanding games. 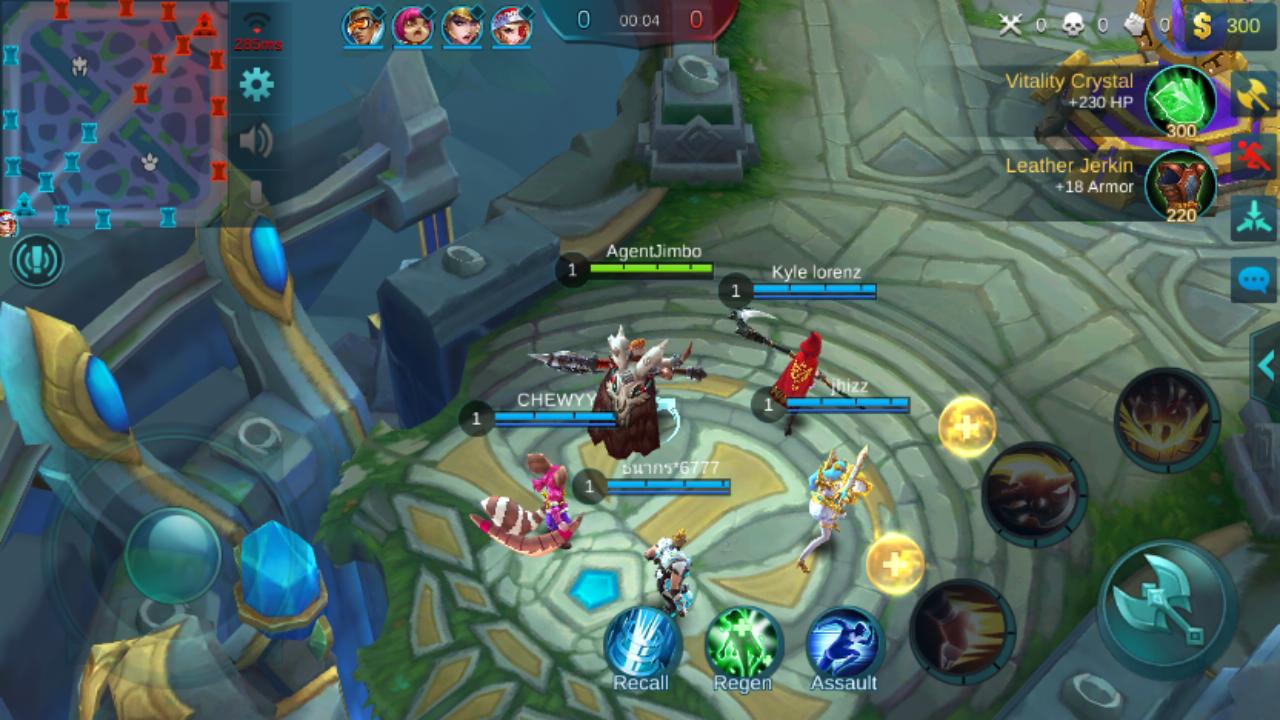 No, it’s not buttery smooth, but the performance is mostly stable and the visuals are only slightly grainy. Characters stand out with their striking colors and flashy abilities. I haven’t had much trouble keeping track of what’s going on, even with my average-sized screen. 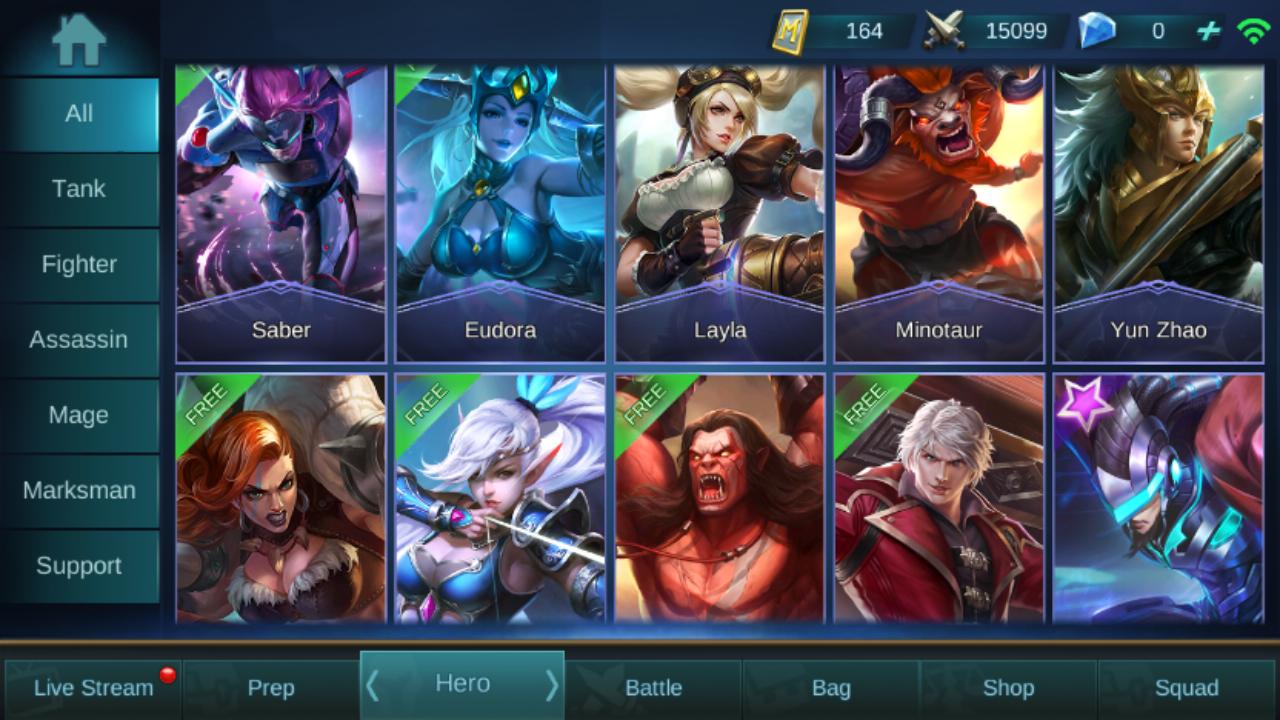 However, the overall art design is a generic mish-mash of sci-fi and fantasy tropes. There’s no cohesive aesthetic, and it’s got a disappointingly familiar dose of straight male fanservice. If the guys can be pretty boys, ferocious manbeasts, masked cyborgs, and ghost pirates, why do the females have to be mostly busty, scantily clad supermodels? 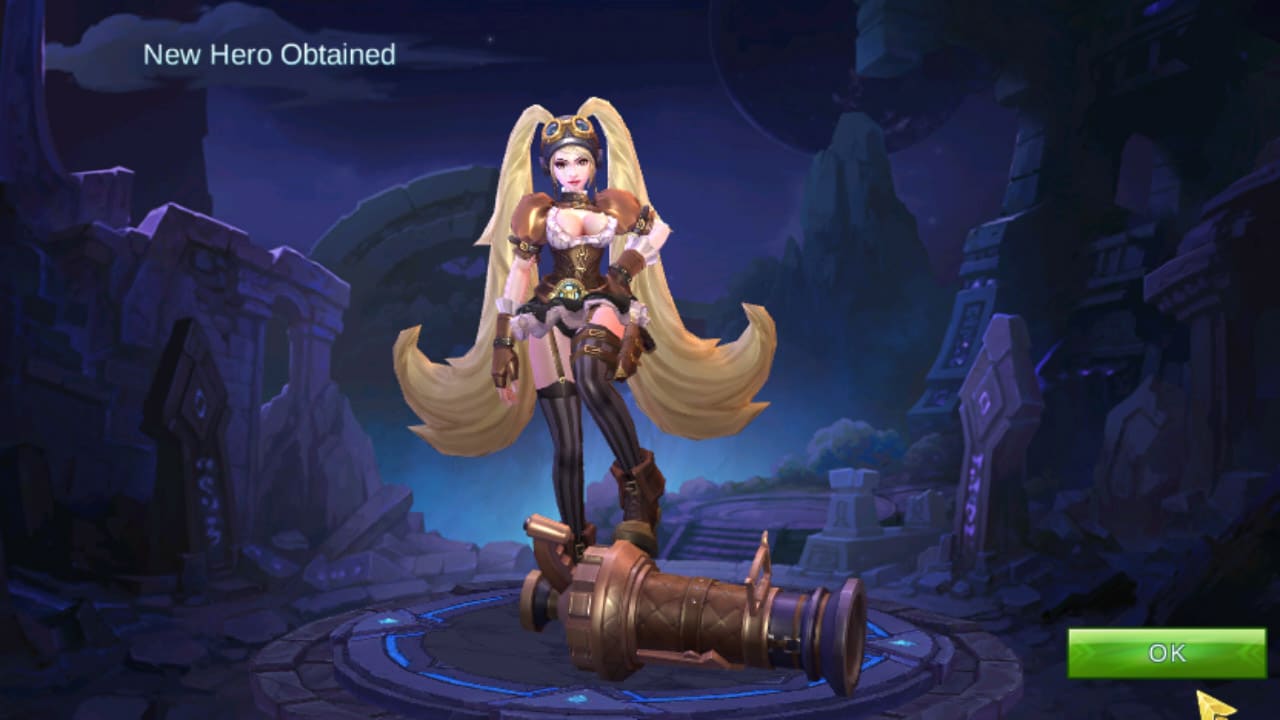 The menus outside the actual game modes can be a bit much to navigate for the average person with all the numbers, countdowns, in-game currencies, and promotions they throw at you. After your initial run of Mobile Legends, the app always starts at the Events Hall menu, showing you all the things you can buy with crystals and battle points and emblems. It’s free-to-play, so I get the hard sell. Maybe it works for other people, but I find it a bit of a turn-off. 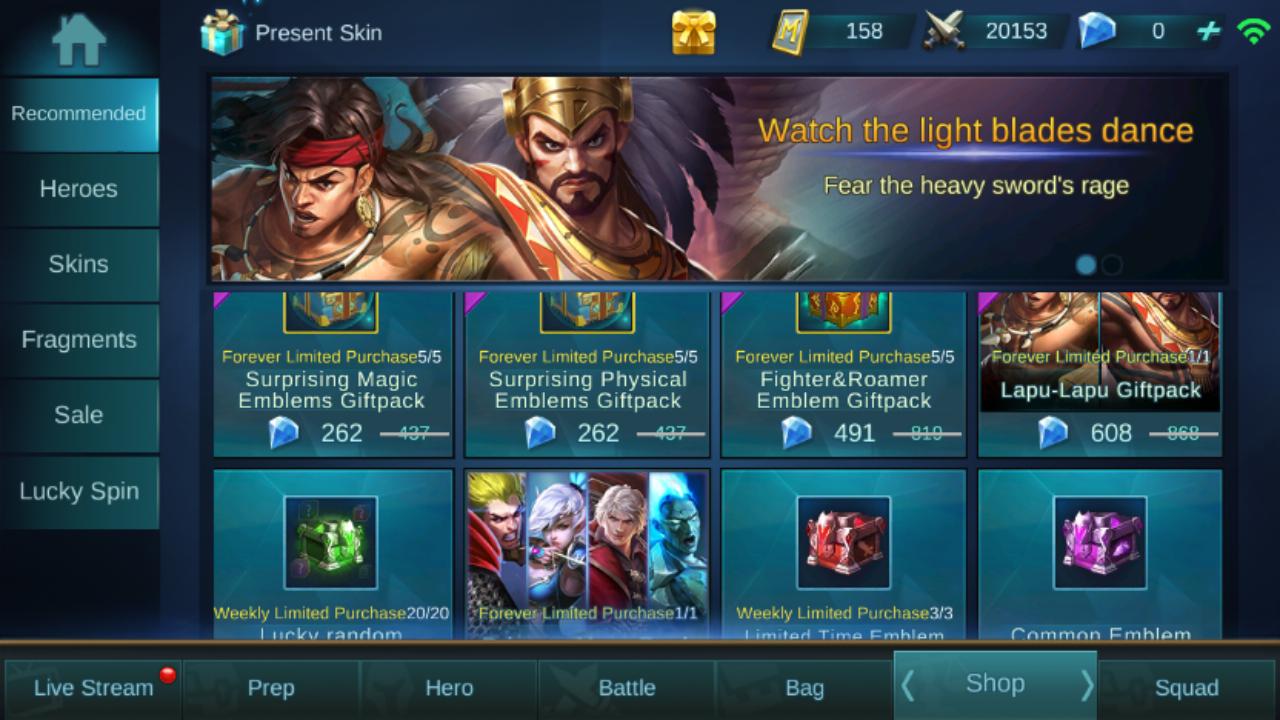 Thankfully, exiting the shop leads you to the Battle menu where the big red Match Up Mode button is right in the middle, so you can get started on a game ASAP.

The standard match goes by quickly compared to PC MOBAs. I’ve had games finish in 10 minutes, with none lasting longer than around 20 when both teams are evenly matched. Contrasted with hour-long battles of DOTA 2 and League, this bite-size experience is welcome for busybodies who still like to have engaging fun on breaks. 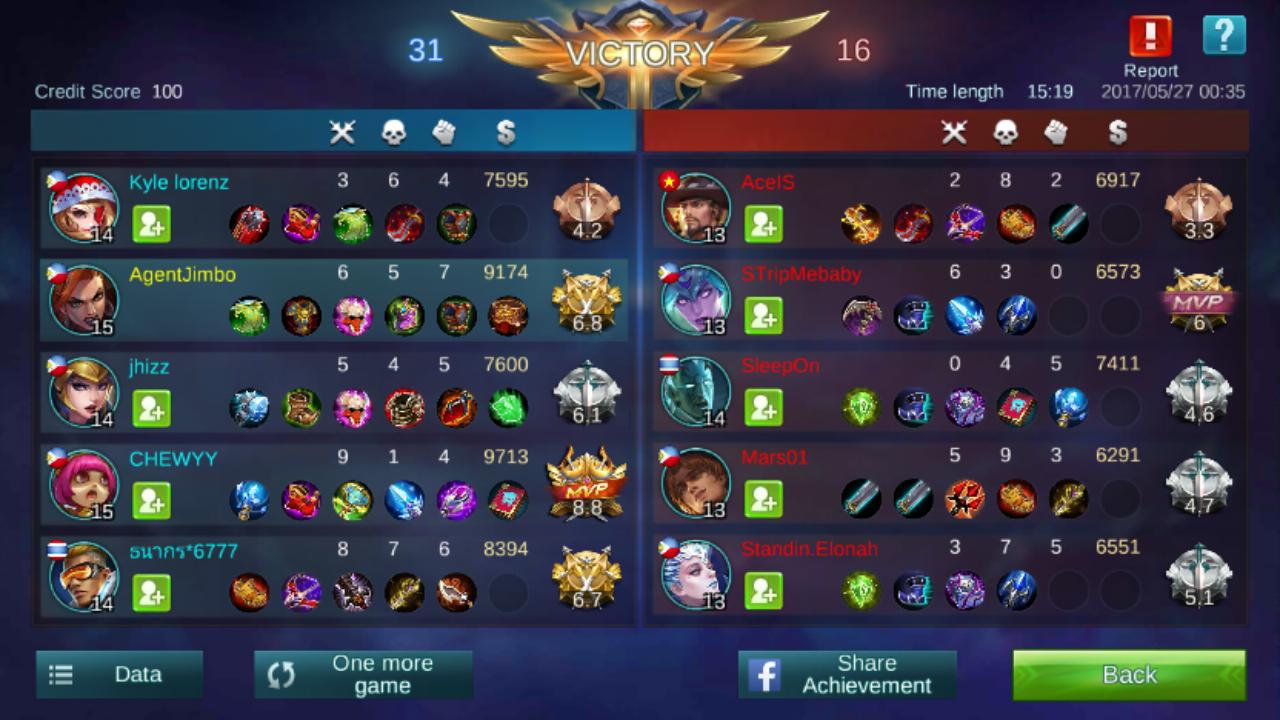 Each competition has been satisfying, too! Controls are easy; move with a digital joystick, touch or hold a button to attack the nearest enemy, and just tap on your special abilities when they’re available. With my home internet as well as my mobile data connection, it’s been very responsive either way.

The mid-battle upgrade system in MOBAs are so much simpler here, too, since the game just shows one or two ideal options from a preset loadout of items with clear descriptions when you have the gold to buy them. No rummaging through a huge list, wondering which one is the best to get at the right moment. Pick whatever, and your character will be ultimately more powerful! 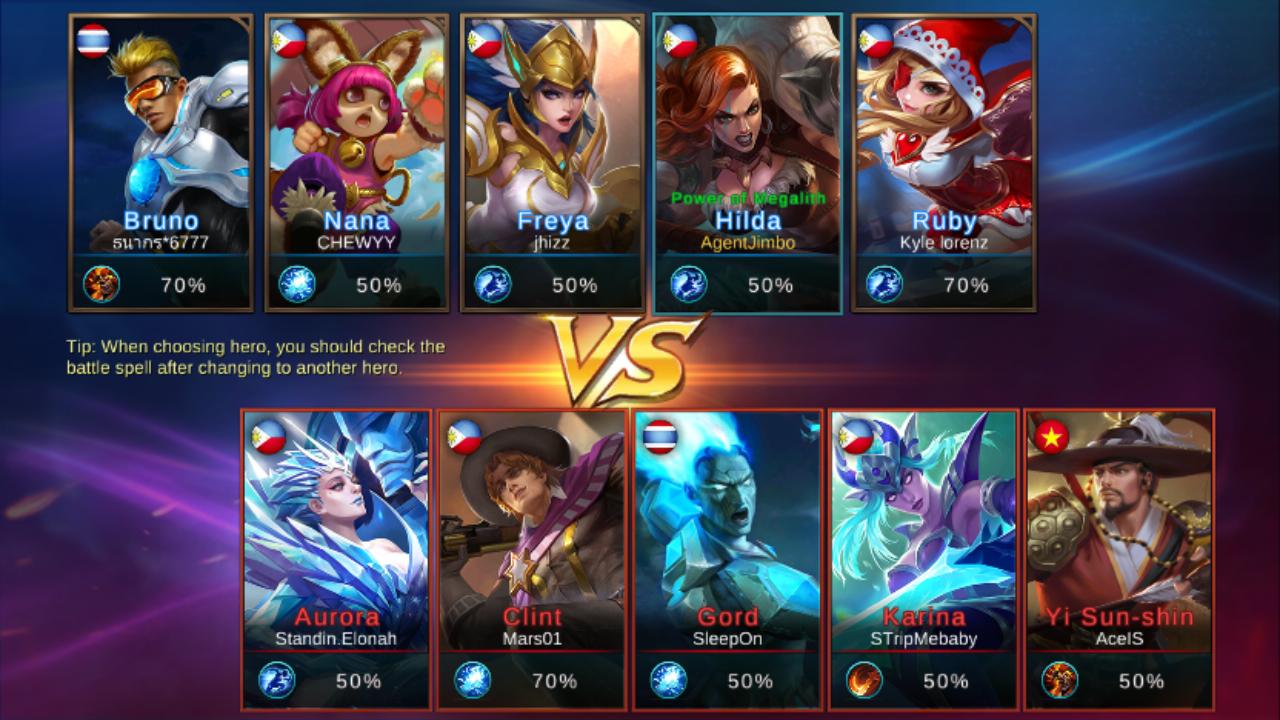 I’ve tried 9 of the 37 characters available, playing at least one from each class (fighter, tank, support, etc.), and it’s been very easy getting into the role I needed to assume.

I can see the intricacy in higher levels of play with actual teams coordinating strategies with optimal character lineups, too. I’ll never put as much time and effort into mastering Mobile Legends as I have with full-priced premium games I like such as Overwatch and Dark Souls III, but I understand now why some of my friends who don’t even play a lot of games can’t help but broadcast to the world how much they’re into it. 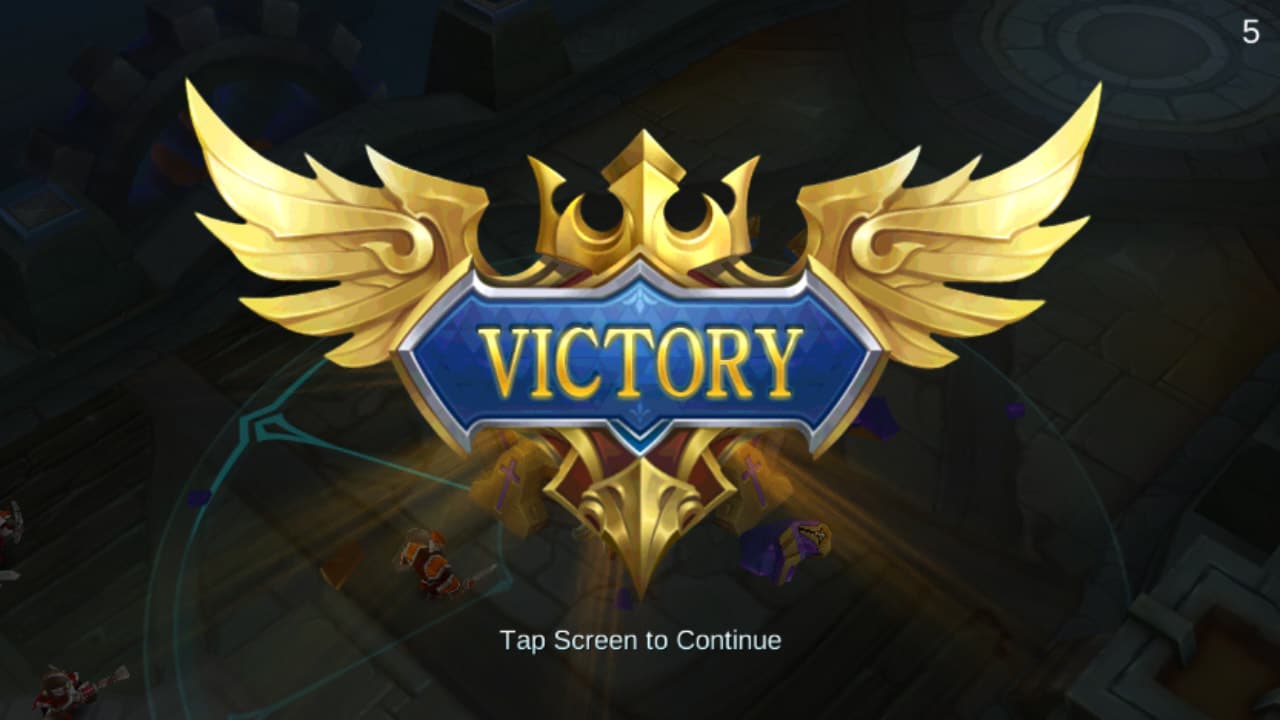 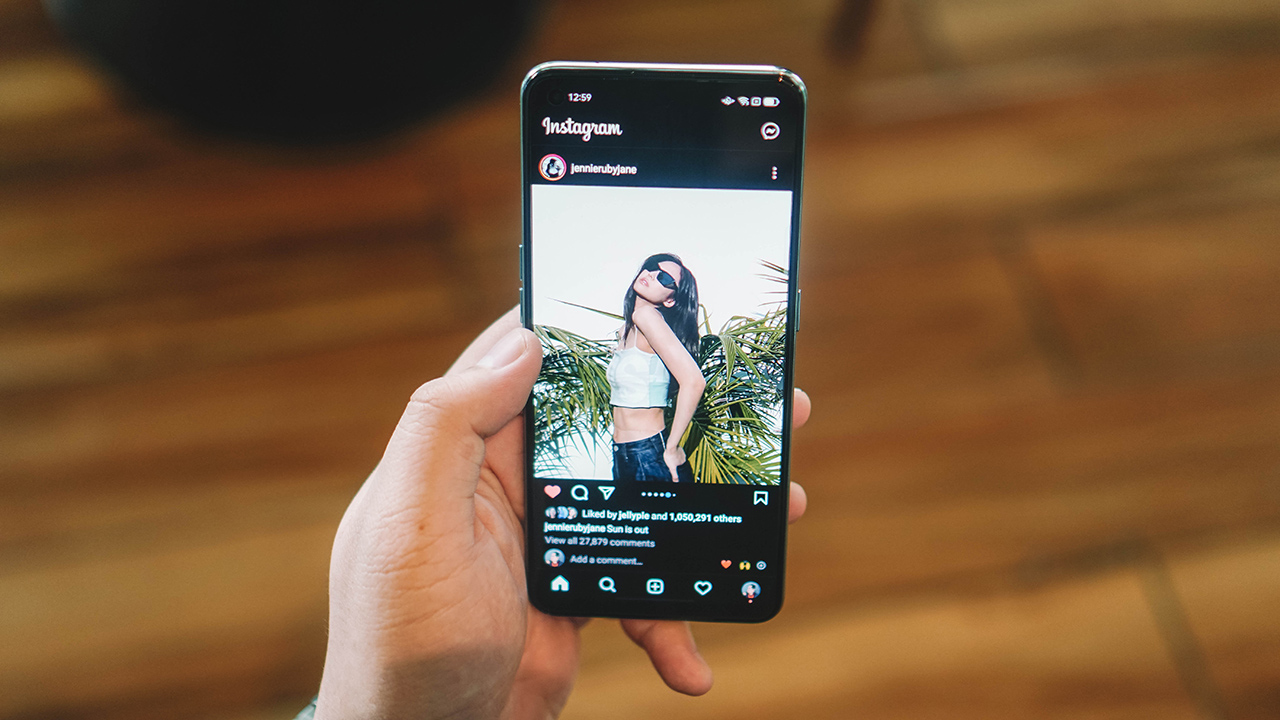 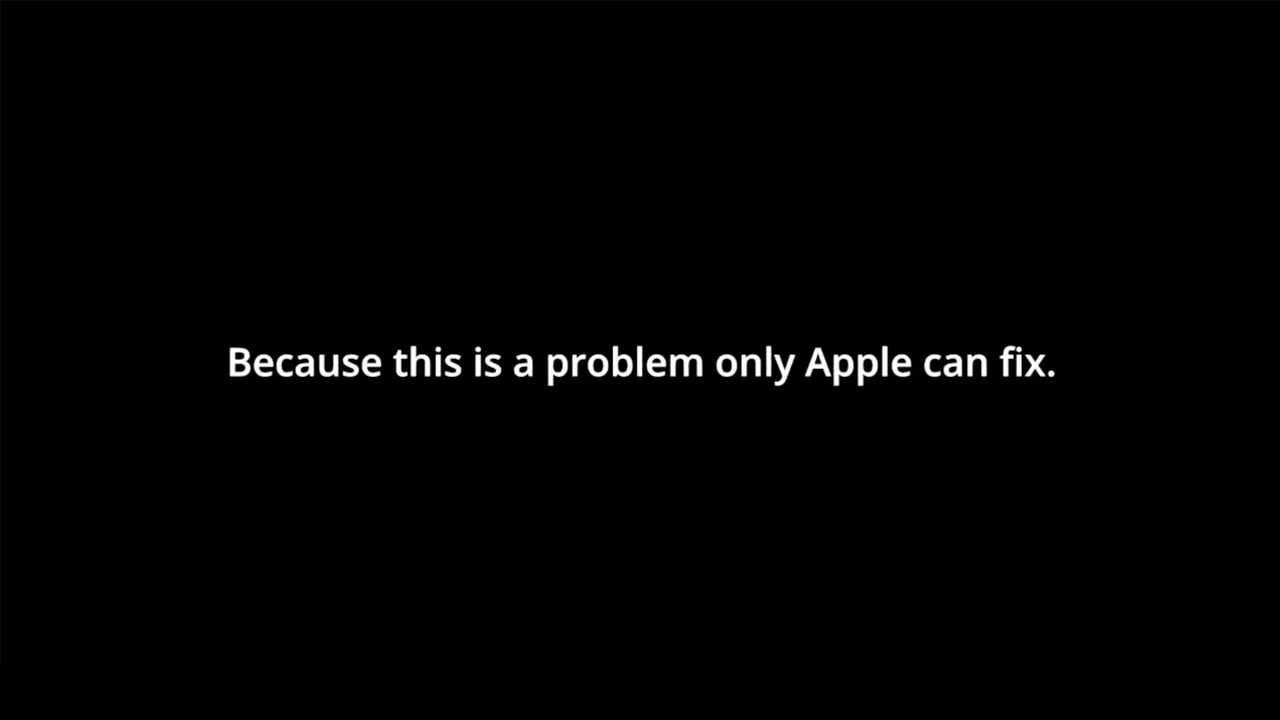 iPhone users have a certain term for Android users: the green bubble. Though it’s more known among Apple users, it’s become such a huge thing now that pop culture already makes references to it. And, due to its prevalence, Apple’s main rival, Google, has just used a popular song to diss Apple.

Users who don’t usually interact with the iPhone ecosystem might not know about the term, though. The term “green bubble” refers to how Android is visually represented on Apple’s system. Whenever an Android user joins a conversation on iMessage, the speech bubble’s color turns from the traditional blue to green. It’s become a popular way to discriminate against Android users.

#TextsGoGreen hit us different, that’s why we had to drop this unofficial lyric explainer video #GetTheMessage 💚😏 pic.twitter.com/dPxt9yZjCG

On a more technical level, the change is a result of the two systems using different messaging standards. While Google uses RCS, Apple uses a proprietary system to send text and media to each other. When the two interact, Apple’s system detects this and conveys it with the green bubble.

Released in an album last Friday, Drake’s new song “Texts Go Green” takes a light-hearted approach to the phenomenon. And naturally, Google is all for it. In an unofficial lyric explainer video on their official Twitter account, Android called on Apple to fix the issue and adopt RCS.

As of late, Apple has been called out for refusing to play ball with the others in the industry. In the European Union, the company is facing an impending decree to adopt USB-C across all its devices to contribute to a universal standard in the region.

What I’ve been waiting for: An integrated Starbucks digital experience

Earning Stars through Grab and Lazada? Sign me up! 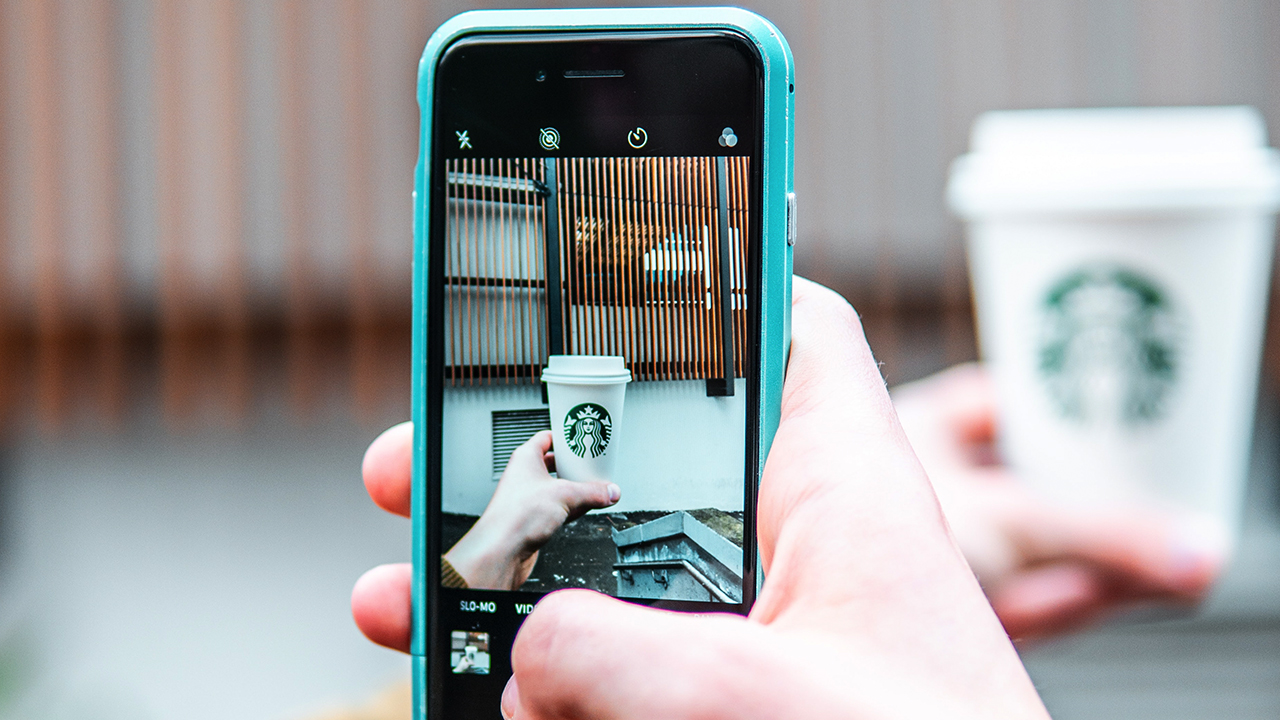 Hold up! Starbucks is expanding its Rewards program, as part of the company’s digital innovation initiatives for this year and beyond.

Earlier this year, Starbucks Philippines announced its expansion to digital services to enhance the coffee experience. The company launched its rehashed in-app feature called Mobile Pay & Order 2.0, and a partnership with Grab, Lazada, and GCash.

Now, the coffee company wants to push for a more connected future.

An integrated partnership with Grab

First in the market is the Philippines, where Starbucks is bringing the experience starting on June 23, 2022. Through the Grab superapp, customers can connect to their Starbucks Rewards program and earn 1 Star for every PhP 40 spent on Starbucks orders.

If you’re a member of the Starbucks Rewards program, you’d know that every 100 Stars collected can be converted to a free Starbucks beverage or food reward, redeemable in stores. 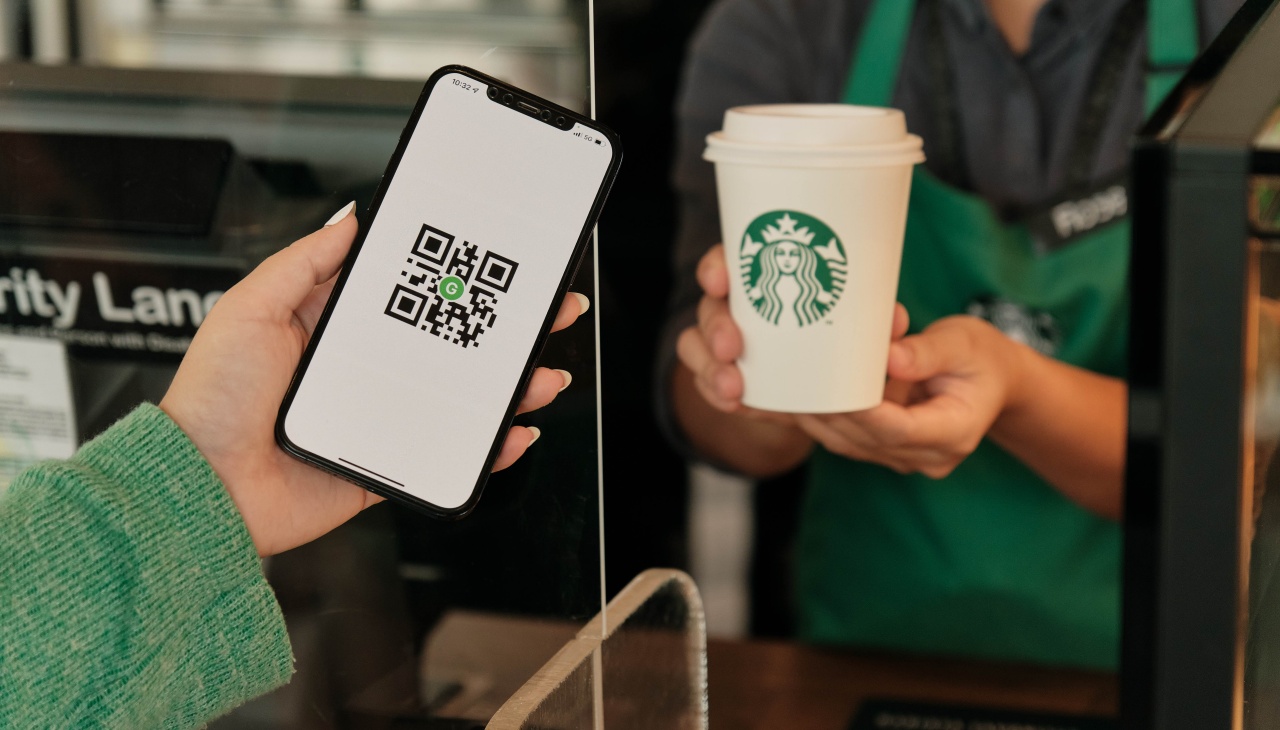 With the partnership, customers will be able to enjoy the Starbucks experience through Grab’s services:

It’s not just Grab, though. Back in February, Starbucks announced the expansion of its Rewards program through Lazada. Rewards members can link their accounts to Lazada and start earning Stars — the same way as Grab — for every purchase from the Starbucks LazMall Flagship Store.

Gifts for your loved ones

Previously, Starbucks teamed up with GCash to allow customers to order and send eGifts through GLife, starting at PhP 300. As the company expands its digital services, eGifting is also now available through GrabGift, starting at PhP 100.

FoodShare is here to stay 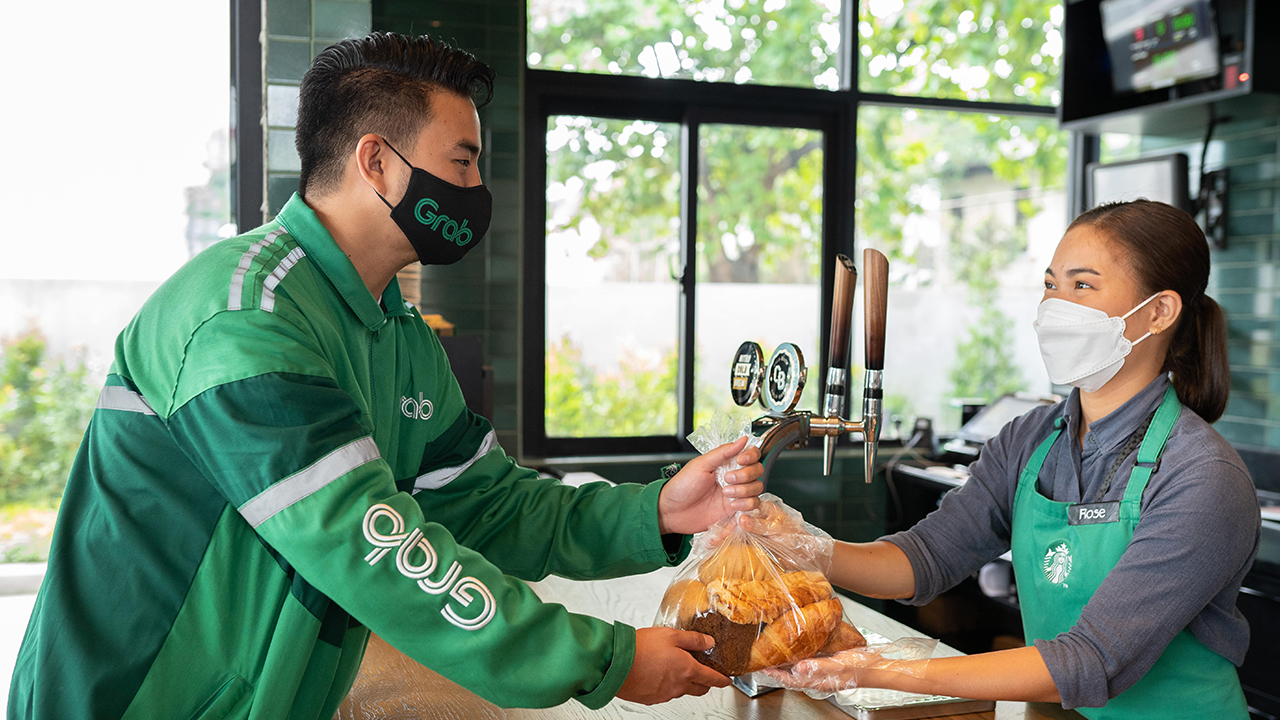 Starbucks FoodShare, a program established in the United States a few years ago, made its way to the Philippines early this year. The program capitalized on Starbucks and Grab’s partnerships, where participating stores can connect with Grab drivers to pick up and deliver food donations daily.

Donations are donated to the Philippine Food Bank Foundation, a local non-profit organization, to be distributed to select beneficiaries within Metro Manila.

The program started with 40 stores in Metro Manila and has expanded to 238 stores as of writing. To date, Starbucks FoodShare has served over 50,000 meals. The company is looking to make the program a long-term commitment, with the goal of expanding the program to stores outside Metro Manila and hopefully, serving more communities.