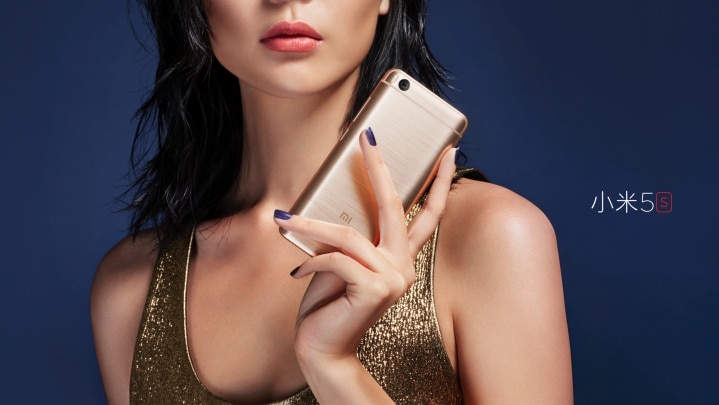 Another Xiaomi launch, another pair of Apple clones. This isn’t to say the Chinese brand’s newest flagships aren’t any good; in fact, the Xiaomi Mi 5s and 5s Plus are up there with the very best, and they don’t cost a fortune.

Despite having a little “s” attached to their names, the pair of smartphones are significant upgrades over the original Mi 5 launched last February. Back then, we compared Xiaomi’s flagship at that time to the Samsung Galaxy S7. Now, the similarities are closer to the iPhone 7 and 7 Plus. Even the promotional image below screams copycat. 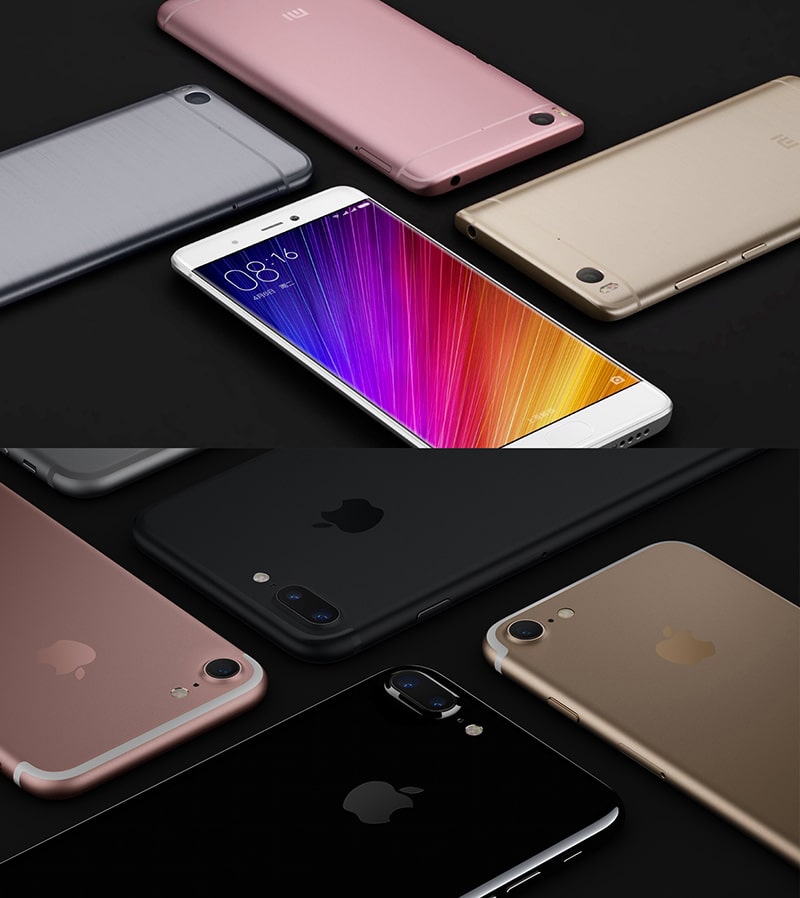 The signs are all there: a completely metal unibody construction for both the 5.15-inch Mi 5s and 5.7-inch Mi 5s Plus, the usual iPhone-like MIUI Android interface, and some features taken straight out of Apple’s playbook. Let’s look into them now.

The highest-end Mi 5s, which is the 4GB RAM with 128GB internal storage configuration, has a pressure-sensitive display, similar to what Apple applied on its last two iPhone generations. It’s definitely a bonus if you want expanded interactivity with your apps’ options, but if it goes down the same path as the iPhones, then third-party support might be limited for a while. Huawei did it first on Android with its Mate S handset last year, yet there has barely been any backing from software developers since then.

What’s unique to the Mi 5s — and this isn’t even available on the larger Mi 5s Plus — is the ultrasonic fingerprint scanner powered by Qualcomm’s Sense ID. It may sound needless with regular sensors already being blazing fast, but this type is a lot more secure thanks to its added accuracy, plus it can work through wet hands and may be placed under the handset’s glass panel. We had a chance to try it ourselves and we must say, it really is the best fingerprint-scanning technology out there, and we’re glad Xiaomi finally managed to incorporate it. 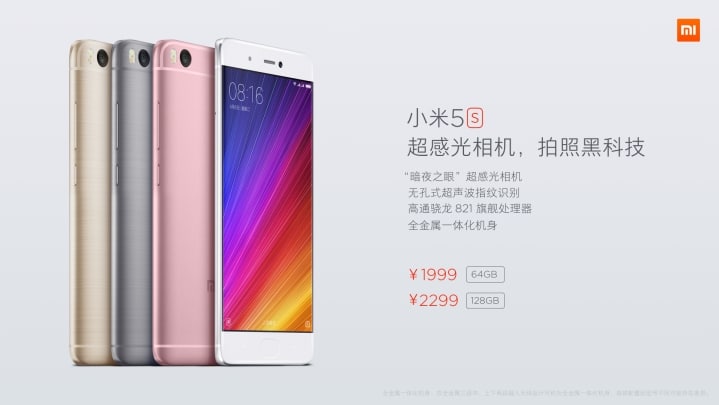 The specs are expected of a newly launched flagship: We have Qualcomm’s best processor in the Snapdragon 821, a 12-megapixel shooter at the back with a 4-megapixel one up front, and an acceptable 3200mAh battery capacity.

The 4GB memory with 128GB storage model we mentioned earlier will retail at RMB 2299 (almost $345), and the 3GB memory with 64GB storage version will go for RMB 1999 (slightly above $299). Colors offered are silver, gray, gold, and rose gold, with availability beginning on September 29 in China.

Surprisingly, the Mi 5s Plus doesn’t just lack the high-tech fingerprint scanner of its smaller sibling (although, there’s a regular one at the back), it also doesn’t offer a pressure-sensitive display. Instead, the 5.7-inch phablet opts for a 13-megapixel dual-camera setup, very similar to Huawei’s implementation on the P9; one image sensor captures in monochrome, while the other in full color. Image detail will be a lot sharper thanks to the combined effort of two lenses, which is far better than Xiaomi’s previous attempt. 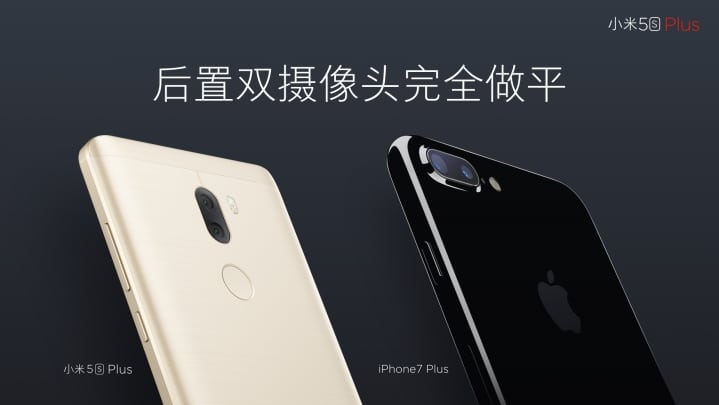 Other advantages of the Mi 5s Plus are the larger 3800mAh battery, bigger display (it maxes out at 1920 x 1080 pixels like the more compact Mi 5s, though), and the choice of having 6GB of RAM. The processor is the same as the chip found in the Mi 5s, and both phones have Quick Charge 3.0-enabled USB Type-C ports. As you can tell, the Plus variant may not be as innovative as the Mi 5s, but it definitely has more multimedia muscle in its circuits. 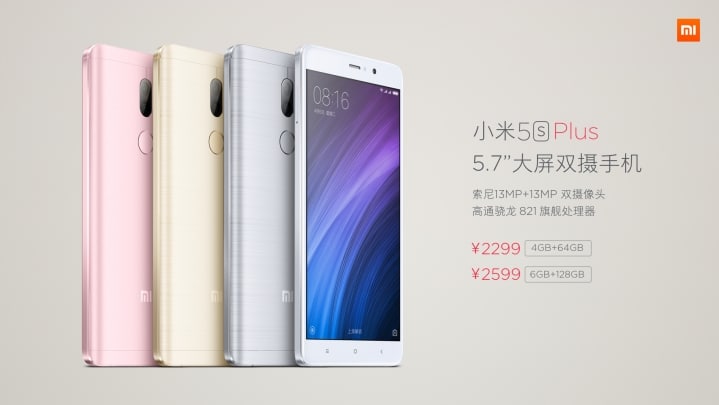