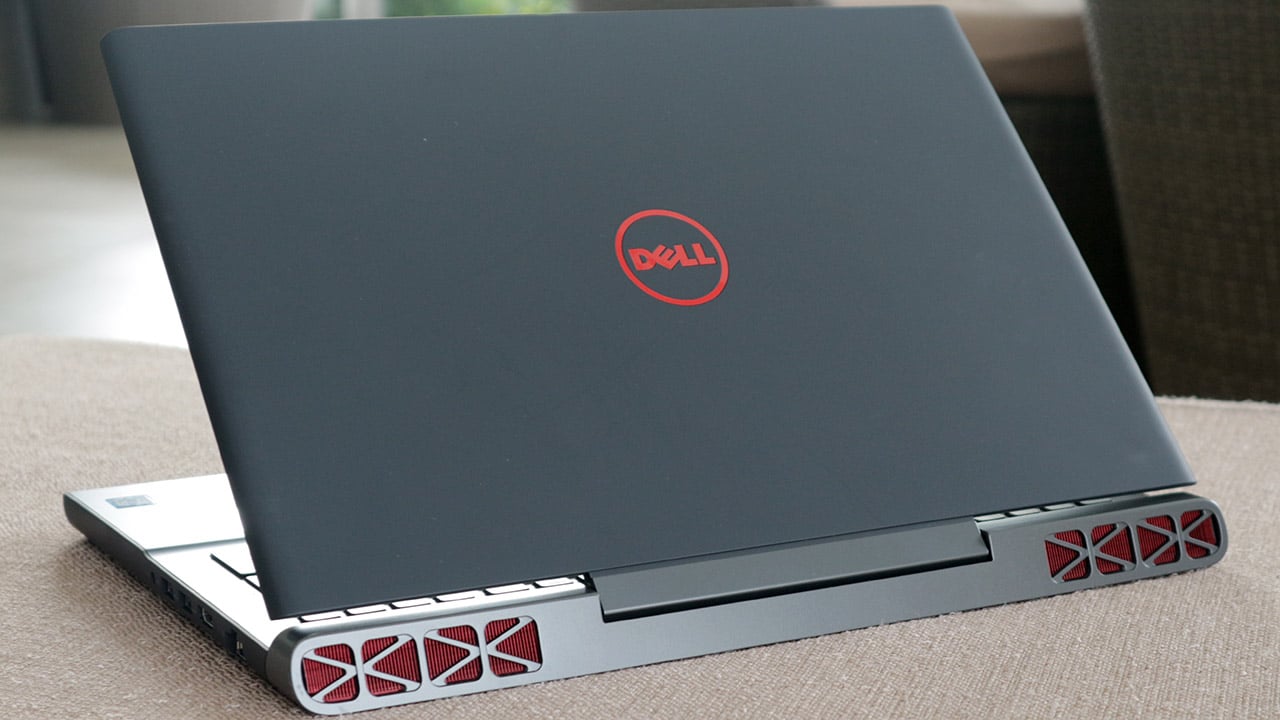 How casual is too casual? That’s what I tried figuring out while using Dell’s latest Inspiron 15 gaming laptop.

During a media presentation, Dell repeatedly emphasized how this large notebook isn’t for hardcore gamers. Strange, because that isn’t the impression you get when you first hold the bulky Inspiron 15. 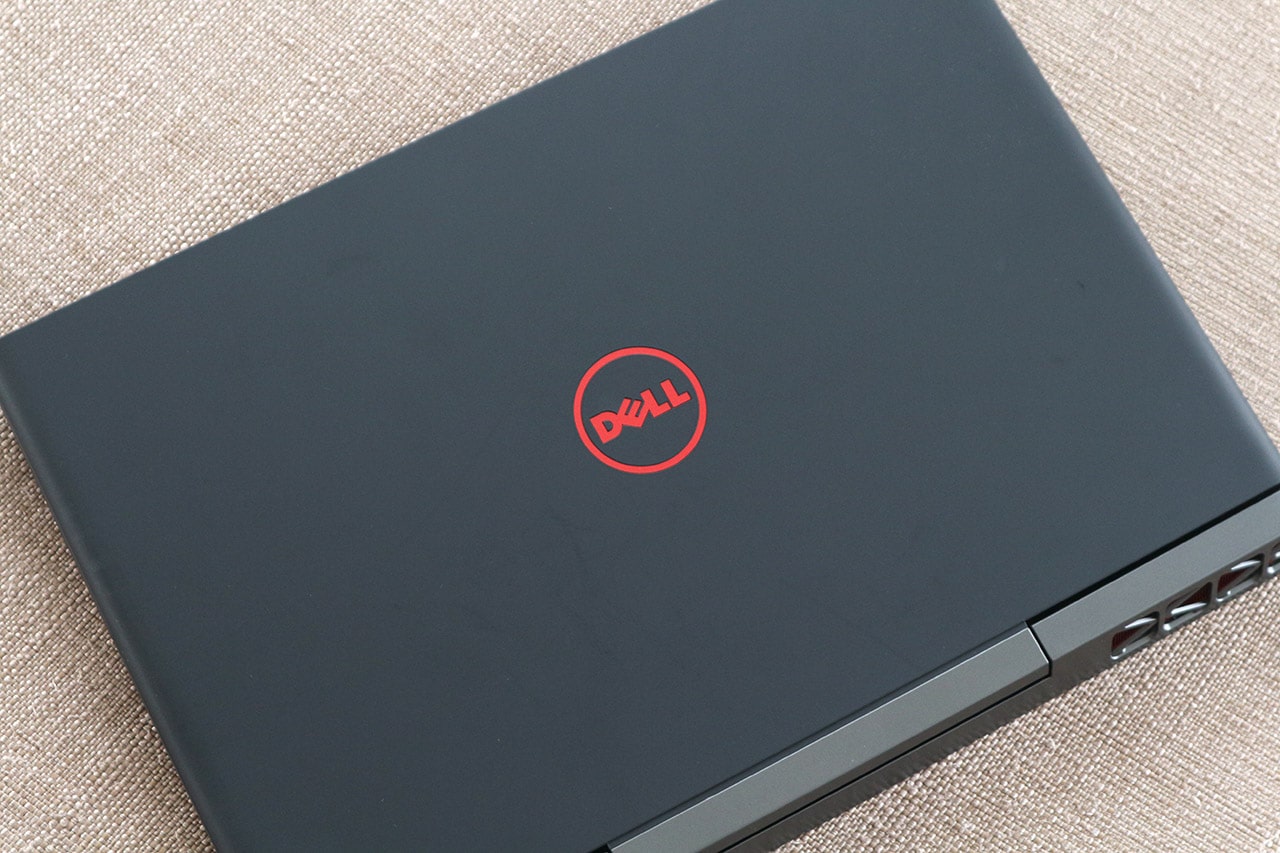 This is a lot bulkier than it looks in photos.

Fortunately, I got to review one for a couple of weeks, and was able to answer a load of questions along the way.

What exactly is this?

What’s it meant for?

Our unit has an Intel Core i5-6300HQ processor, 4GB of RAM, and an NVIDIA GeForce GTX 960m. If these specs make sense to you, you already know what you’re in for. If not, rest assured this is good enough to play all the lightweight games you have, as well as handle light video editing. 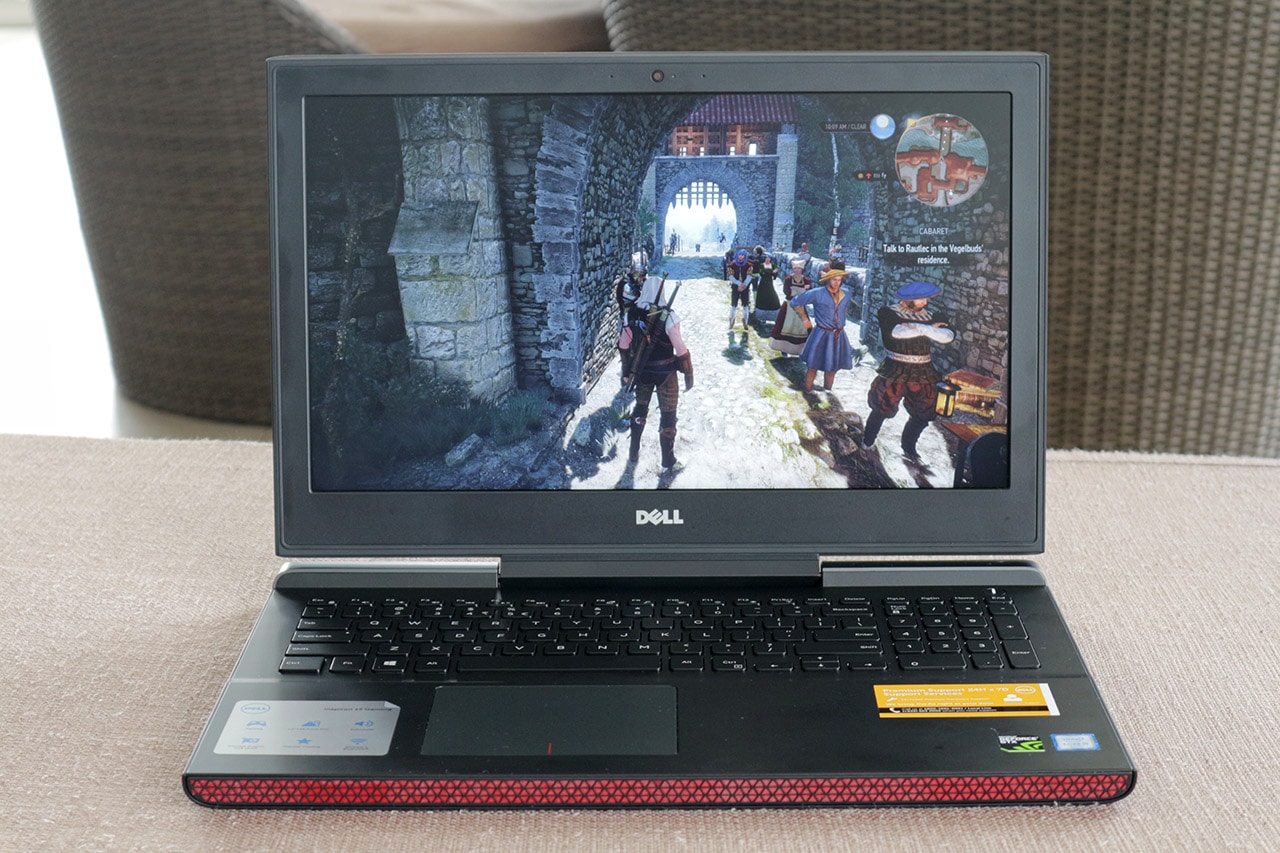 The Full HD display was adequately bright and crisp enough for gaming.

But, how about more taxing games like The Witcher 3?

Trust me, I’ve thrown that and more at this laptop, but every single graphical setting must be turned down significantly to get acceptable gameplay. Playing at the screen’s native Full HD resolution is tough enough for the components; expecting mid- to high-level graphics is another issue altogether.

As an example, I managed to play The Witcher 3: Wild Hunt on a resolution of 1920 x 1080 with an average frame rate of 40 frames per second, and that came after fine-tuning most gameplay settings to Medium. Turning on stuff like hair and shadow details is out of the question. On the other hand, less heavy games like Life is Strange and The Witness weren’t as difficult to run, even on higher graphics settings.

Will it last long enough to finish a movie?

Surely, but don’t expect endurance as long as, say, a featherweight convertible or tablet. Those compact computers have much more energy-efficient Core M processors, and don’t rely on a separate graphics card to power the visuals (and sap the battery).

In my experience, I could get as many as seven hours of use on a single charge when I simply surfed the web and wrote this review. It also helps that the storage for the base model is 1TB, providing you with enough space to save large games and movies. 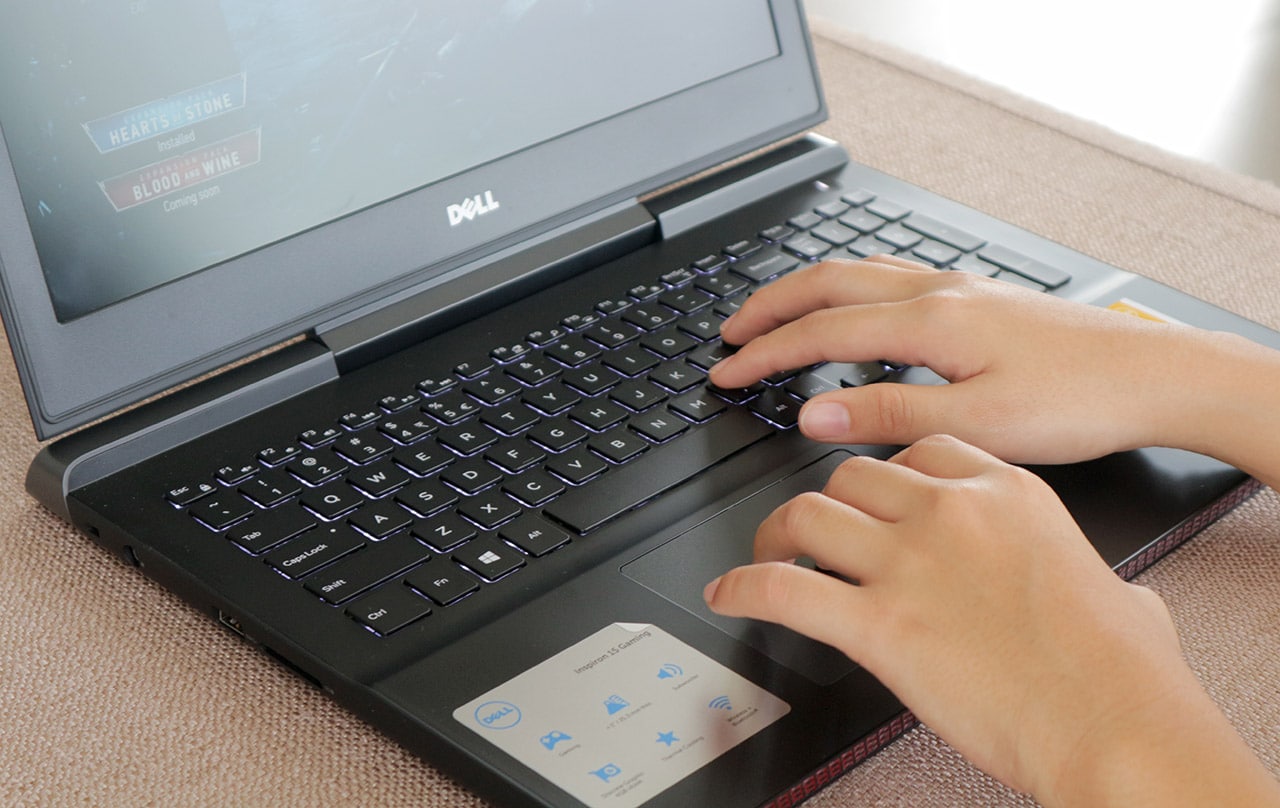 While the keyboard has nice, smooth travel, the trackpad is quite small and lacks precision at times.

So, you can use this for something other than games?

Yes, it has more than enough horsepower for any non-gaming tasks, but there’s a downside: Weighing in at 2.6kg — which is quite heavy for a low-powered gaming laptop — you won’t enjoy keeping this on your lap for long periods. It’s also 38.4cm in length, 27.4cm in width, and has a thickness of 25mm, so good luck finding a bag that can accommodate this.

Do I at least get a headphone jack?

Yes, definitely, along with several other connectivity options: HDMI 2.0, Ethernet, SD card reader, three full-sized USB 3.0 ports, and a DVD drive. Dell also made its bottom easy to open up, so adding memory or storage takes a few simple steps. 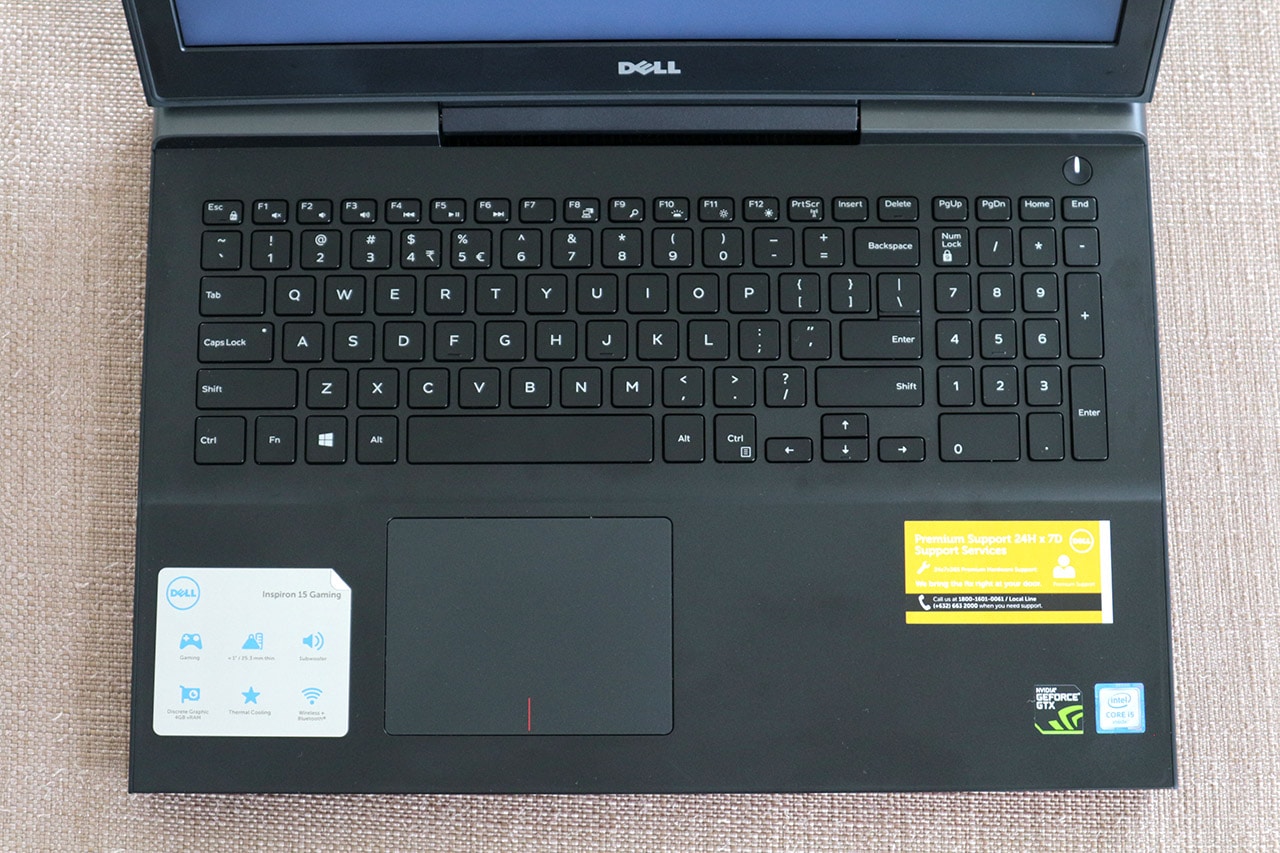 Despite having a matte finish, the exterior attracts a lot of unsightly smudges and fingerprints.

Is there anything else I should know?

As expected of a non-IPS display, the viewing angles of the TN panel are pretty bad. You’ll enjoy looking at the screen straight on, but anyone in the vicinity will have to adjust to get a better view. And although Dell was generous enough to add a subwoofer underneath to complement the front-firing stereo speakers, it had difficulty handling explosions from intense movie scenes. This made it hard to set the perfect volume; it either sounded broken or far too quiet.

It’s difficult to categorize this gaming notebook. It’s easily more powerful than those slim $500 to $900 laptops you find in shops, but you can barely call it a computer good enough for actual gaming.

I’d normally go straight to recommending the higher-end model — which has a faster Core i7 chipset, Ultra HD resolution, and a much more efficient 256GB SSD for the operating system — but it again settles for a GTX 960m graphics card. That’s still not enough to future-proof yourself for newer games, and it costs a lot more at PhP 69,990 or around $1,400. 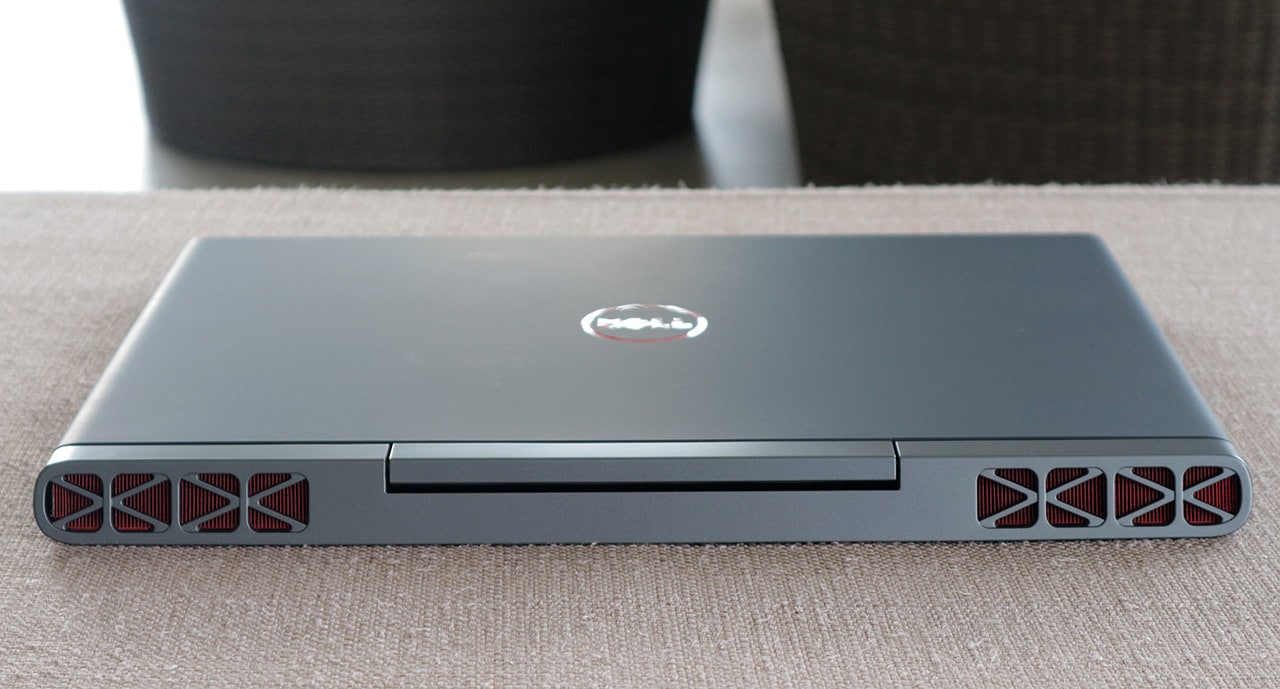 The question remains: How attached are you to your games while traveling?

This brings me back to an article I wrote highlighting the weaknesses of gaming notebooks. All those points apply here, but the opening line matters the most.

If you must have a Windows 10 gaming device during your travels and every cent counts, the Inspiron 15 is for you — just don’t expect much out of it when game requirements become hungrier a year later.