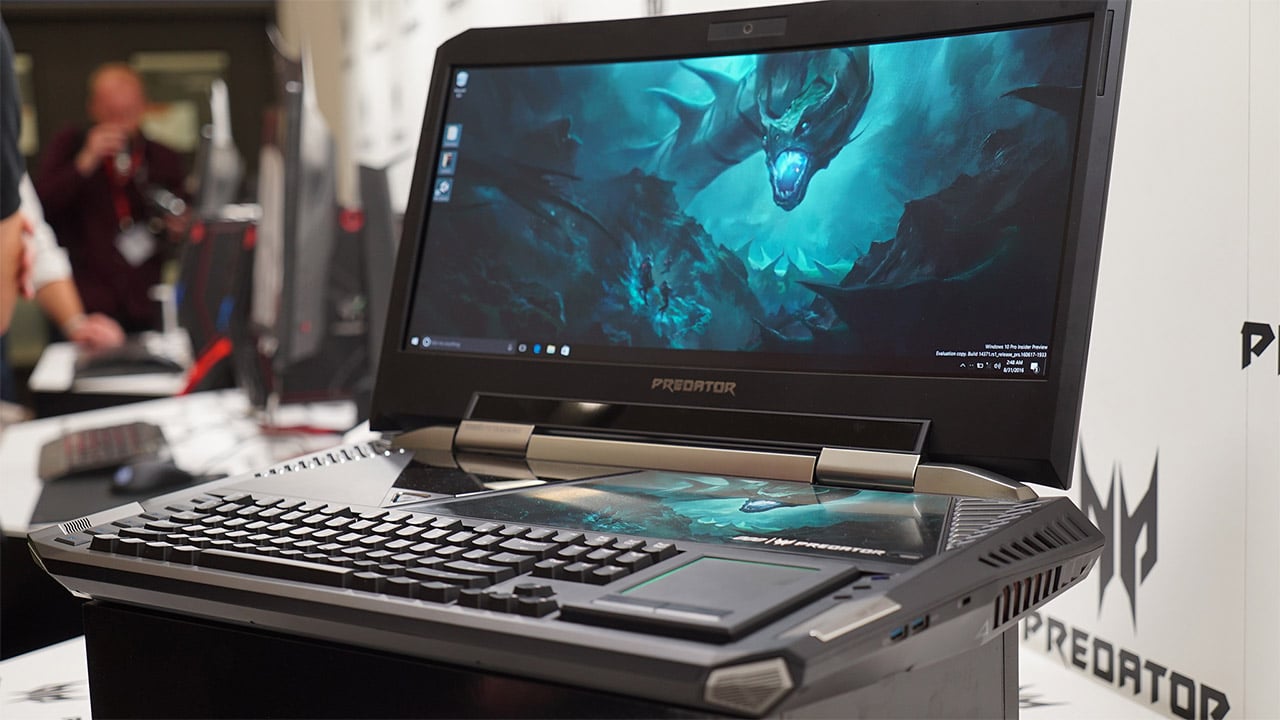 There’s only one good reason to buy a gaming laptop: acceptable gaming performance on the go. That’s it.

I’ve met several gamers who’d live and die with their gaming notebooks, and I too occasionally use them for casual gaming when I travel, but the cons easily outweigh the pros.

Before we begin, let’s define gaming laptops as mobile computers with midrange to high-end processors and graphics cards built in. They must also be marketed by their respective companies as notebooks for gamers — whether casual or hardcore.

With that, there’s no good reason to buy one, because…

You can barely call them laptops

From the water-cooled ASUS ROG GX800 to the over-the-top Acer Predator 21 X, gaming notebooks simply don’t care about portability. Whenever I review a unit, I must find a bag spacious enough to fit one of these monsters. The total weight can match a small desktop PC, minus the monitor of course.

Things get worse when you travel by air. Every single time I fly with one, security holds me at checkpoints to open my luggage and inspect my massive rig, thinking it’s a bomb controller or a bomb itself. Every. Single. Time. Needless to say, I’ve since been using something like this or this instead. (I’d love to try traveling with this, though.) 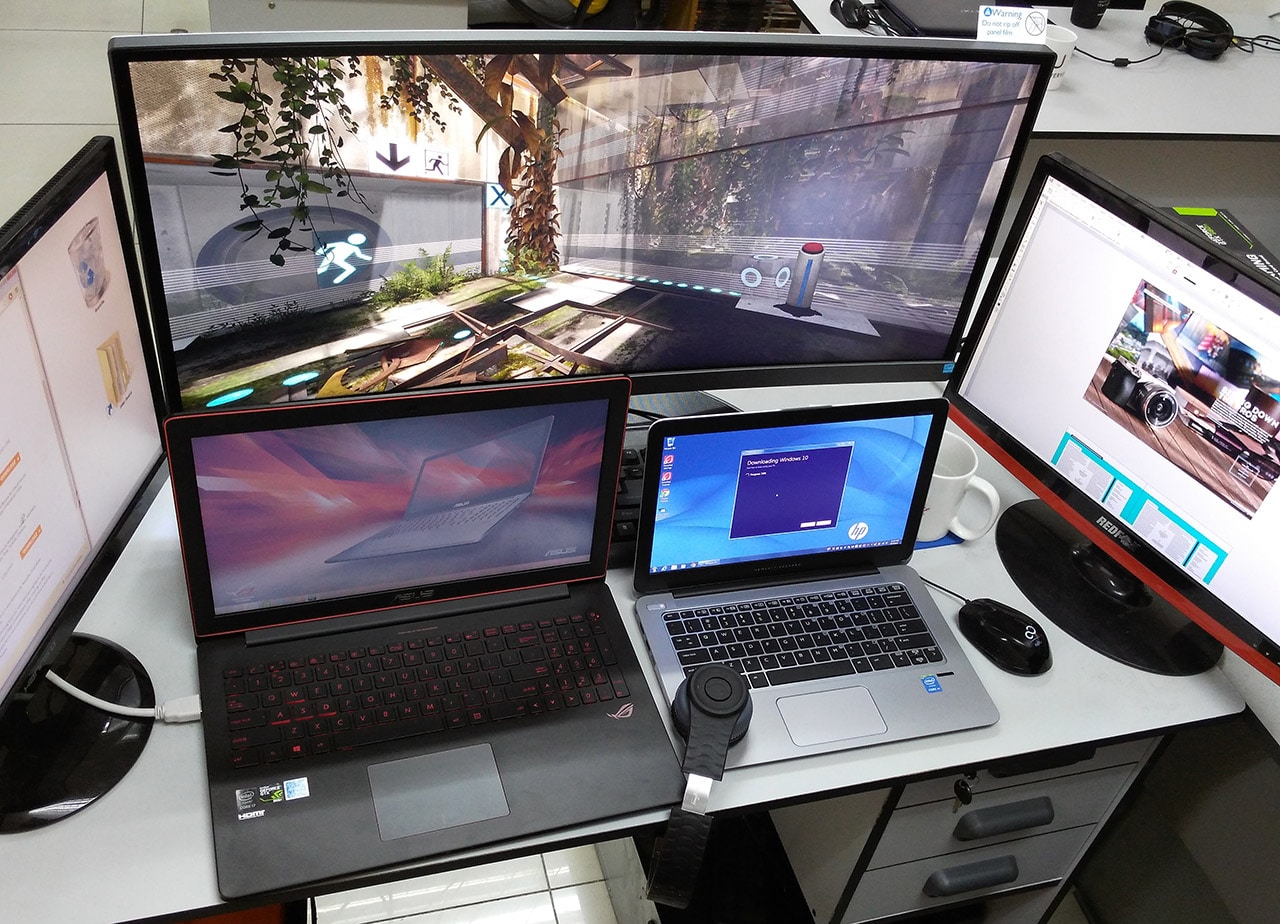 Size comparison: An ASUS gaming laptop next to an HP Ultrabook and curved Philips monitor

You could find much better deals elsewhere

Any serious gamer knows this: For the price of even just a low-end $1,000 gaming laptop, you could afford to build a high-powered desktop PC. I’m talking about being able to stick in NVIDIA’s $450 GTX 1070 graphics card with enough cash to spare for a decent processor and motherboard, plus lots of fast memory and storage.

Sure, it won’t be nearly as mobile as a notebook, but how often do you play while in transit or far from an electric socket? In addition, regular laptops equipped with lower-end graphics cards in the $500 to $600 range are actually good enough for casual gaming. I’ve enjoyed titles such as Child of Light, Portal 2, and I Am Setsuna on a $450 laptop sporting just a GTX 940m graphics card.

One of the joys of PC gaming is designing a setup fit for your graphical needs. This is something you can do with gaming notebooks as well, but only at the beginning. That’s because you’re limited by whatever frame you start out with, so upgrades can only be dealt to the storage and RAM later on.

If you must go for a customizable notebook, Aftershock makes the process as simple as possible. I tried customizing a build in one of their shops in Singapore, and was able to choose from a variety of storage, display panel, and even warranty options. But again, prices begin at a whopping SGD 1,157 for the barest model, so you go back to the question, “Can’t I find a better deal elsewhere?”

You’ll have to stay near a wall

With so much power packed into a relatively small space, these types of machines consume a sinful amount of electricity when plugged in. This also means they get really hot under full load, so you can forget about the lap part in “laptop.” Trust me, I used one these as a pseudo fireplace during cold nights.

To make things worse, you have to keep it plugged in to maximize the processing potential while gaming. You see, most laptops throttle down the performance when working on battery power in order to save energy. This effectively kills the mobility aspect of your investment, and staples you to a wall socket. 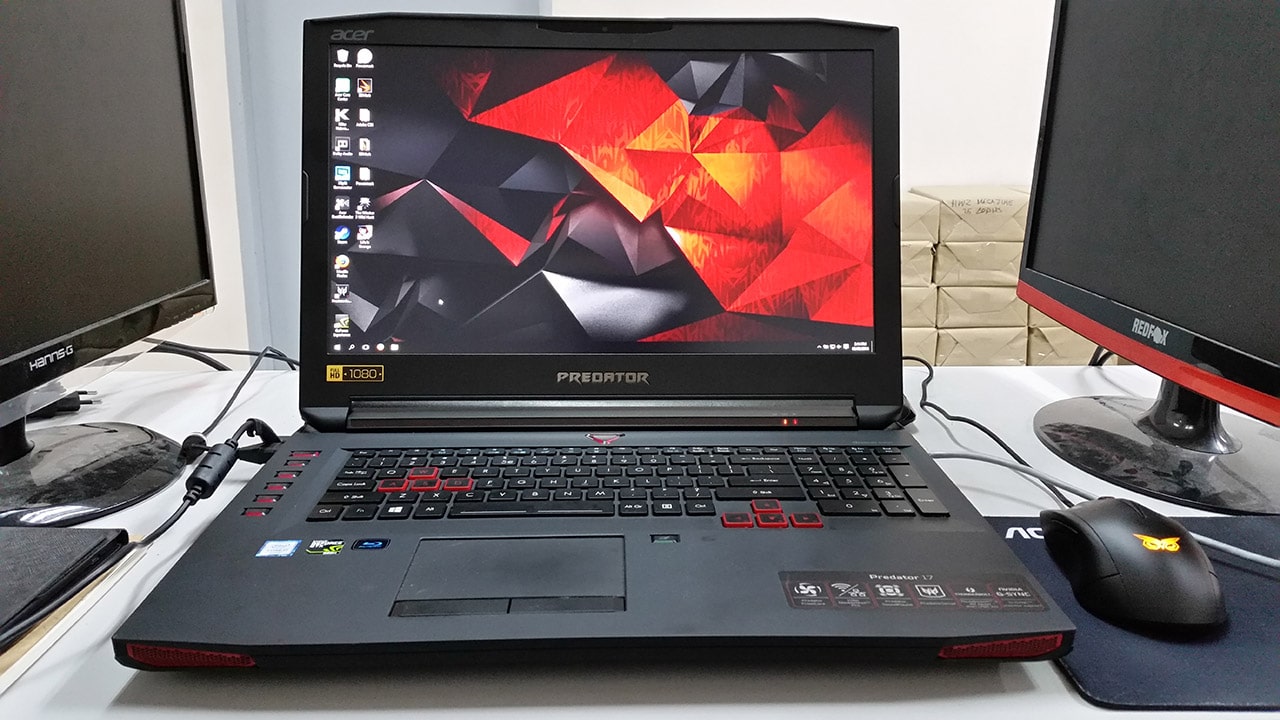 This Acer Predator spent more time on a desk than in a backpack or train.

The starting price for “real” gaming laptops normally hovers around $1,000, and that’s for something equipped with a modest mobile version of midrange graphics cards. If you want a rig good enough for games like The Witcher 3 or the newest Tomb Raider, you must shell out at least $1,500, but even then you’ll be held back by middling performance.

If you just don’t care about your savings, going all the way up to $3,000 will guarantee you a gaming laptop strong enough to run games for the next three years at least. ASUS, Acer, Razer, and the like have notoriously jacked-up notebooks for exuberant prices. The wildest gaming laptop I ever used full-time was MSI’s GT80 Titan, which had a mechanical keyboard, two graphics cards, and a jaw-dropping $3,200 price tag.

Counterpoint: We need them for progress

Advanced cooling designs, accurate trackpads and keyboards, and efficient internal components were once exclusive to mobile gaming rigs. Now that the technology has matured, you can find these features on much cheaper mainstream notebooks.