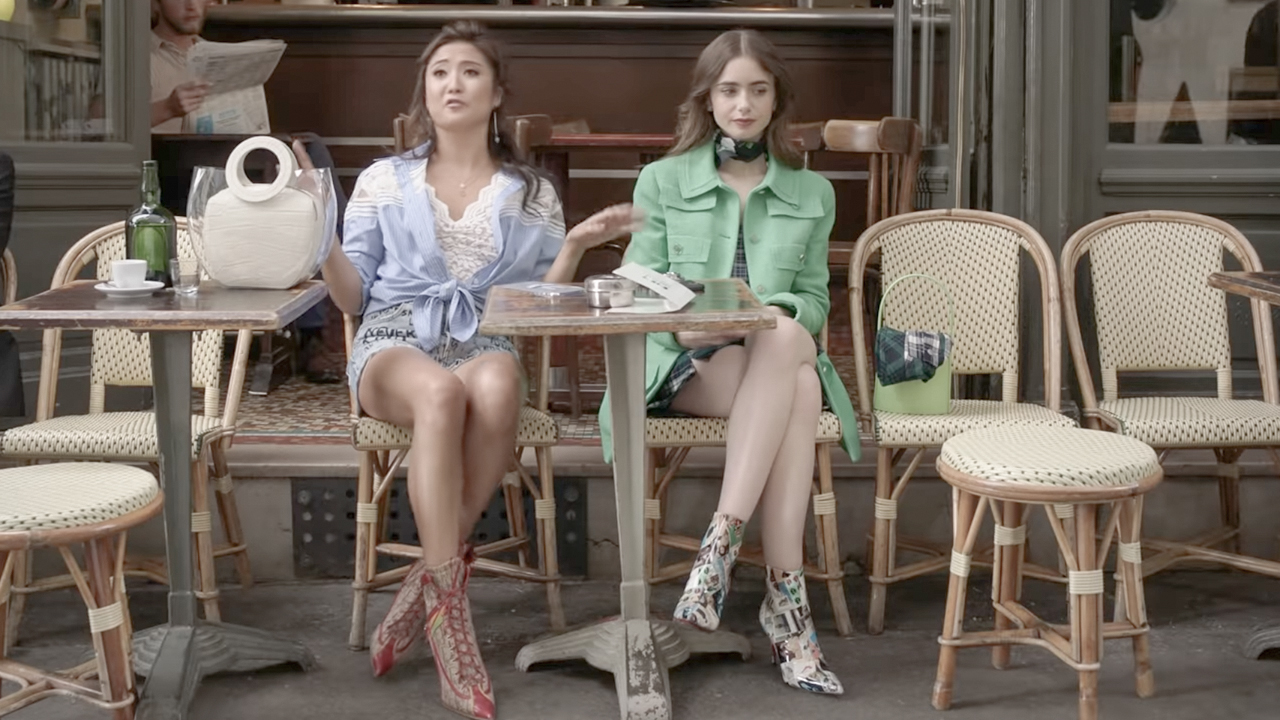 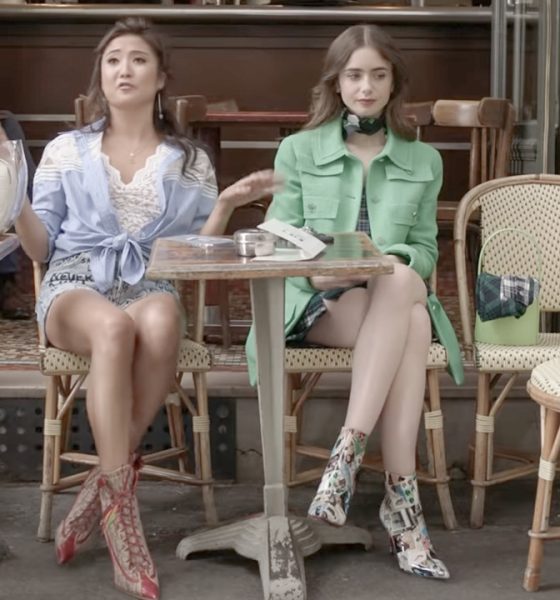 3 must-haves when traveling, in case you want to be like ‘Emily in Paris’

Never ever forget these!

Spoiler Alert: If you haven’t seen Emily in Paris, please read with caution.

I’m certain I’m not the only one obsessed with French culture, and of course, the latest Netflix series — Emily in Paris.

In case you’ve been living under the rock, Emily in Paris re-awakened people’s lust for travel. A bit of escape from the horrific reality we’re currently facing; a year that has gone haywire.

Think croissants, cobblestones, fine architecture, chic fashion, good food, art, and sex. This is the surface of what Emily in Paris is about: Emily Cooper’s hilarious misadventures in navigating her career, romance, and friendships. 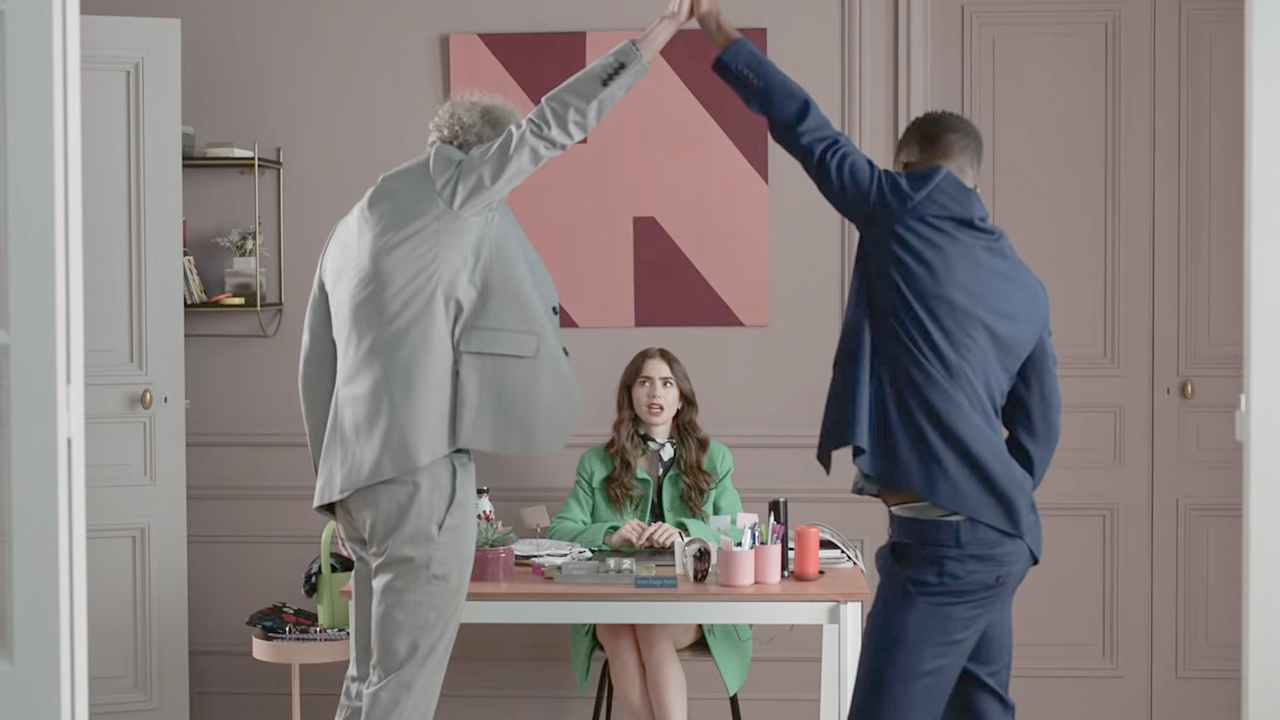 While the series showcases how Emily documents her life and adventures in Paris through Instagram, there are a few things she forgot to bring. For a supposedly tech-savvy millennial, Emily Cooper forgot some travel essentials. Or maybe she didn’t know she needed them.

Based on a few episodes from Emily in Paris, I realized what gadgets must be deemed travel essentials, so we don’t experience Emily Cooper’s misadventures next time we’re in another country.

First of all, Emily was in a long-distance relationship with her boyfriend in Chicago. The couple was having sexy time via video call but crappy internet connection got in the way. 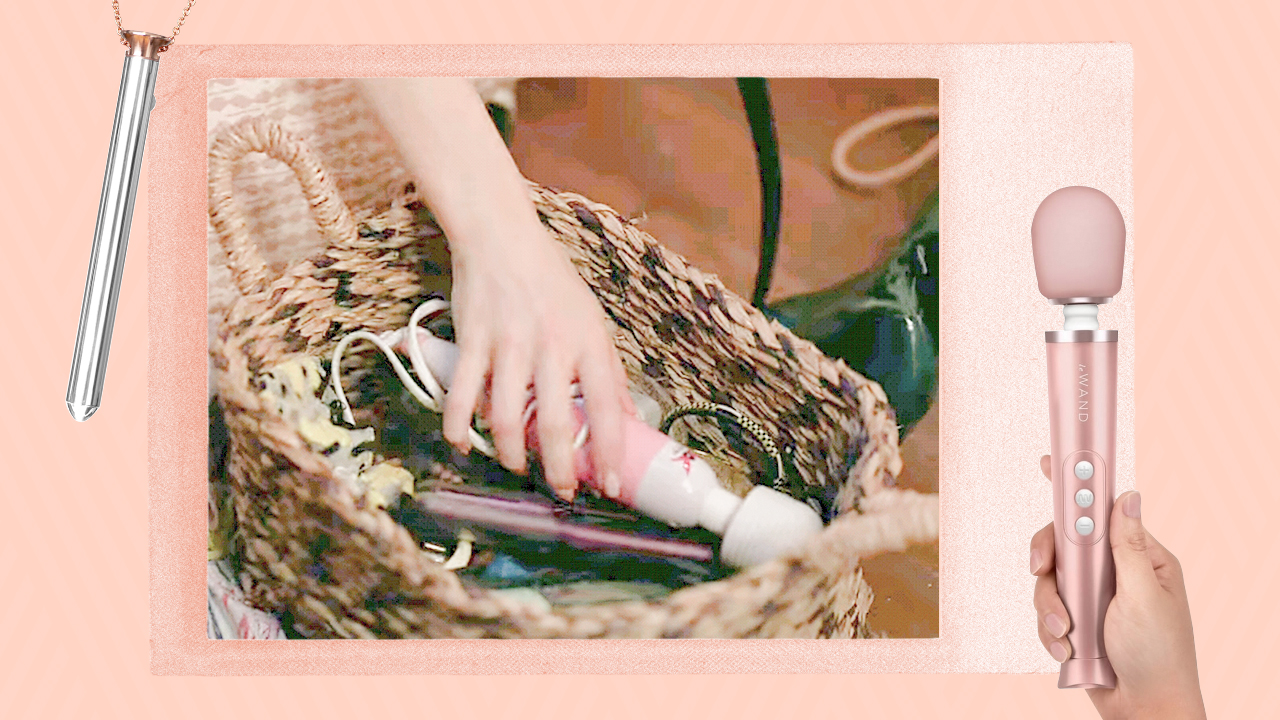 As funny as it is (and no, it wouldn’t really happen in real life), there are a lot of battery-powered, wireless vibrators. Some are even high-tech enough to be controlled by your partner through a mobile app.

Consider this next time when you travel. Although before you pack your sex toy, make sure it’s not illegal in the country you will visit. In some Islamic countries, they confiscate toys as they fall under pornographic material. Last thing you want is to get persecuted in a foreign land.

An instax printer or a pocketable instax camera

Paris is the so-called city of romance. You can literally feel the love in the air. Throughout the series, Emily captured streets, everyday moments, and her life in Paris and uploaded it to her Instagram account.

But to travel — or live — in a romantic city, moments should be captured in a sentimental and romantic way. For instance, preserving memories through a pocketable instax camera which you can bring anywhere, or an instax printer where you can print your photos directly from your smartphone. 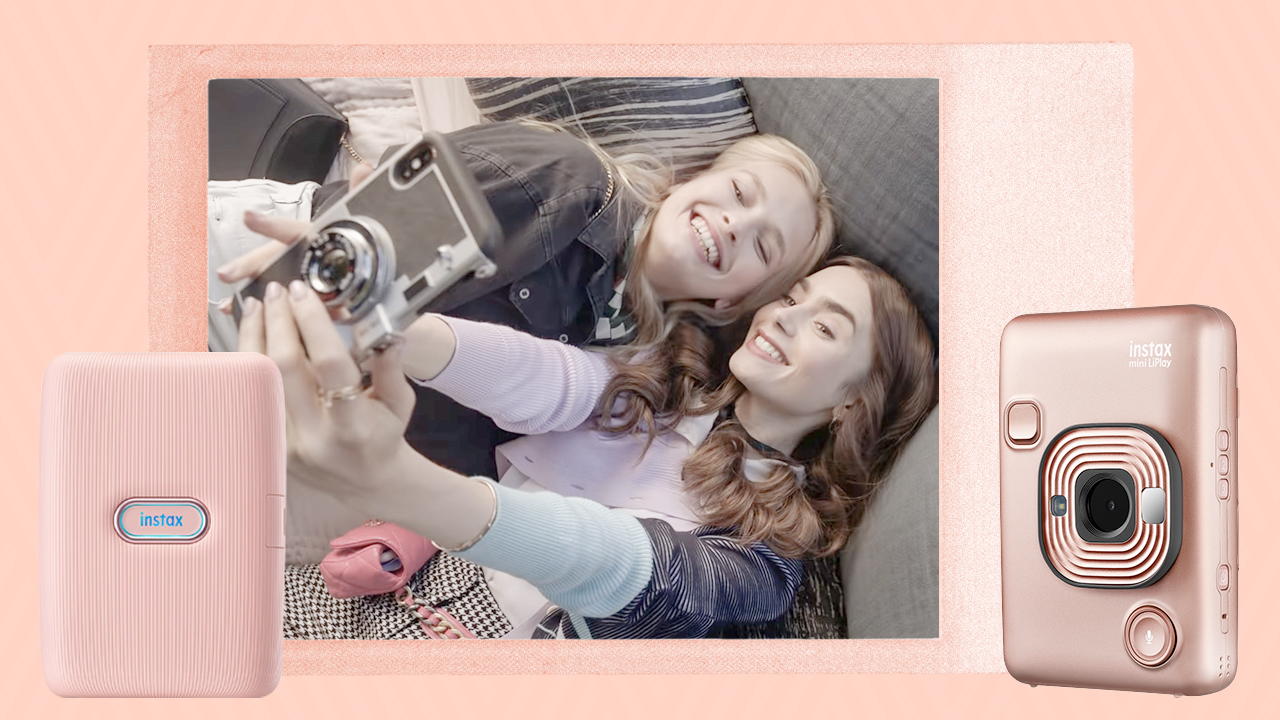 That’s exactly what we did one Sunday morning along Upper East Side in New York City. That je ne sais quoi of summer in the city is not something anyone can describe with mere words or capture on Instagram without losing its essence. Of course, we weren’t able to, either.

But we caught some vignettes on film, complete with audio recordings using the Instax Mini LiPlay. We found a way to reminisce those moments. That’s something we believe should be part of any travel.

Get a smartwatch or other running essentials

Forgive me for crying out loud, but smartwatches are made to accompany you while you run. Not hold your gigantic phone with tiny hands, huffing and puffing along the river Seine.

It’s a good idea that Emily didn’t forget how important working out is. But it’s not exactly a good idea to hold your phone while you run. Better to invest in a smartwatch like the Apple Watch to measure your heart rate, track your miles, and answer calls while you listen to music through your wireless earbuds. 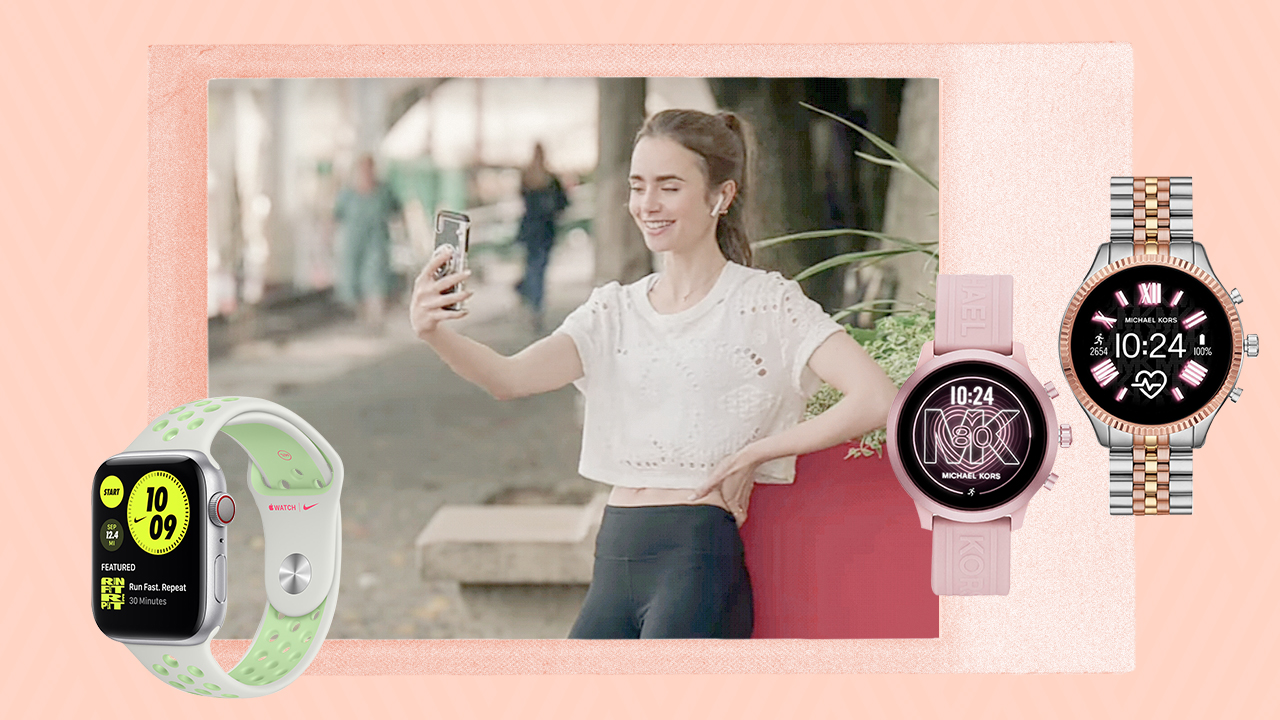 And if you’re not the smartwatch-wearing type, invest in pockets, running pouches, arm wallets, or wrist straps. There are different ways to safeguard your phones, keys, and other essentials without putting yourself in potential danger.

Besides, Paris — like any other city — isn’t exactly crime-free. You can’t keep running around like crimes don’t happen. Even when I was running around Taipei, a city with low crime rate, I didn’t let my guard down. The same goes for traveling to any other city. It’s always best to keep yourself safe, no one else will do it for you.

Stream Emily in Paris on Netflix.

SEE ALSO: 24 Hours in Paris | Sights and sounds of summer in the Upper East Side | 5 lessons we learned from Crash Landing on You

Helmed by the director of ‘Kong: Skull Island’ 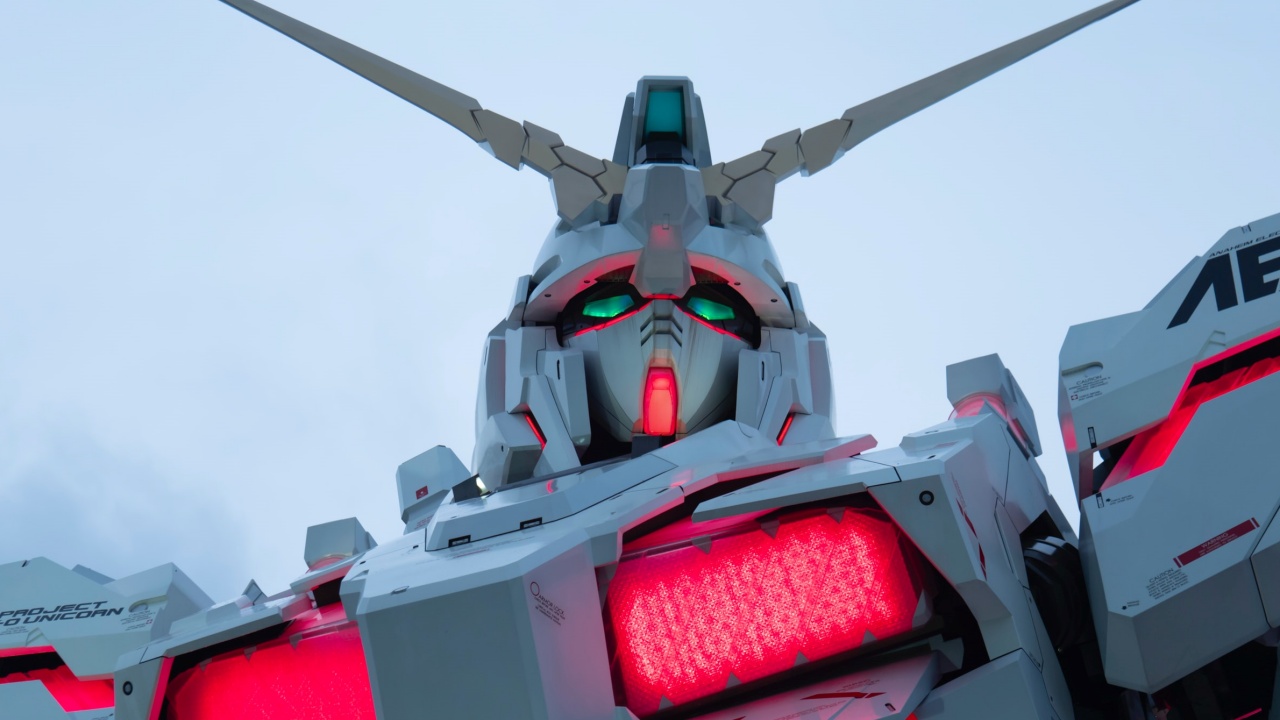 Photo by Hkyu Wu on Unsplash

If you like movies featuring giant robots, you’re gonna like this latest development — Netflix, working with Legendary Pictures, is set to make a live-action Gundam movie.

The live-action Gundam movie will be directed by Jordan Vogt-Roberts who also called the shots for Kong: Skull Island. Other than the fact that it’s happening and who’s directing it, there are no details yet. Clearly, the project is still in its very early stages. It’ll be curious to see which one from its wealth of source materials will the team behind the live-action film pull from.

Legendary Pictures is the same company responsible for the Pacific Rim movie franchise as well as the “Monsterverse” movies featuring Godzilla and King Kong. 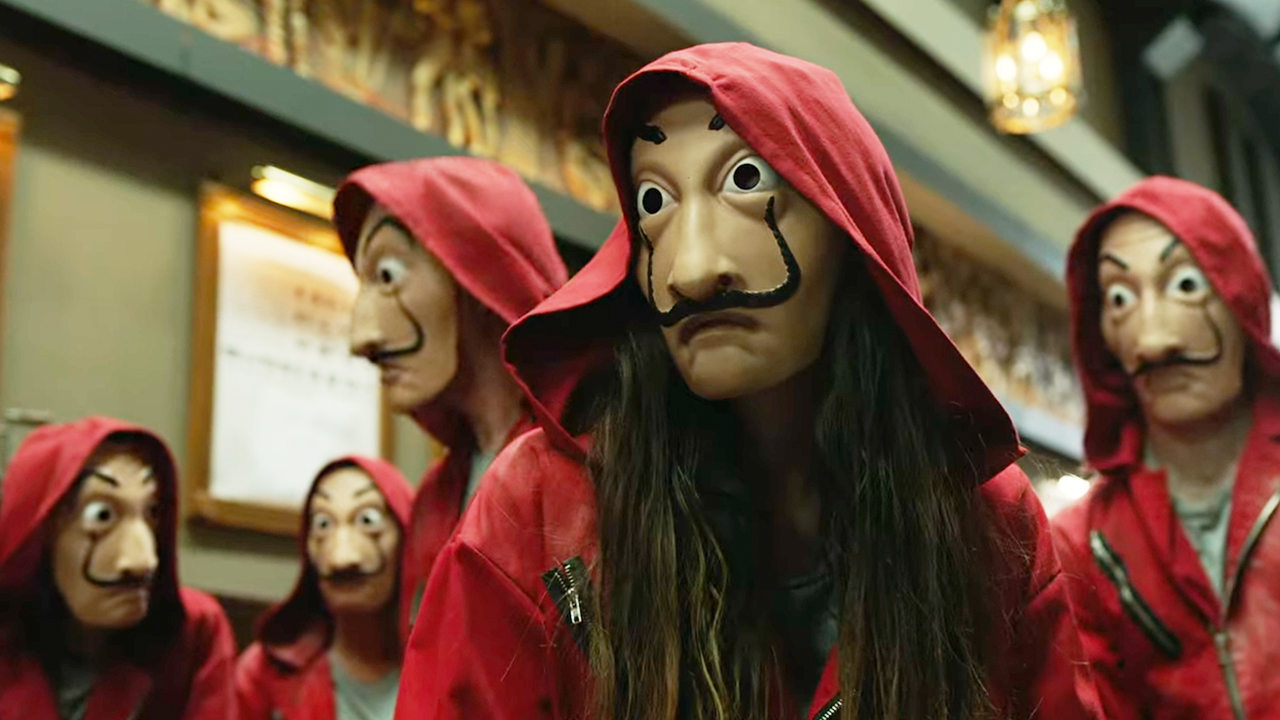 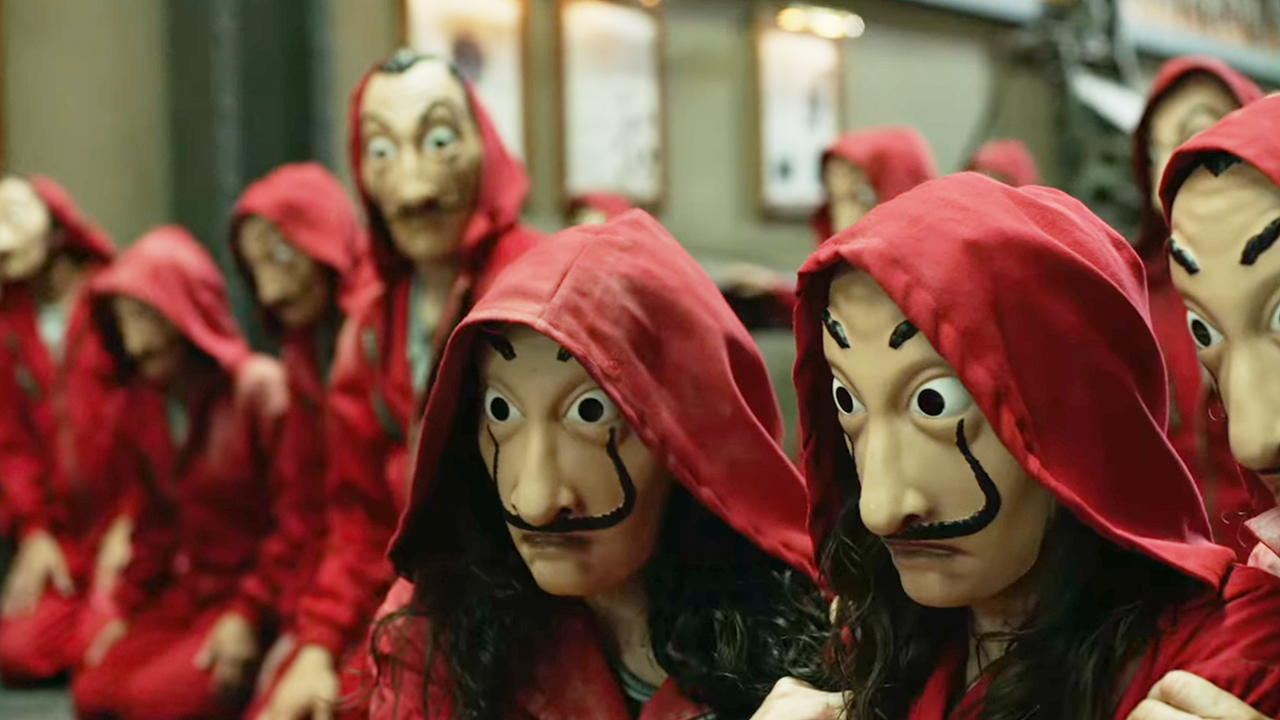 And many more titles 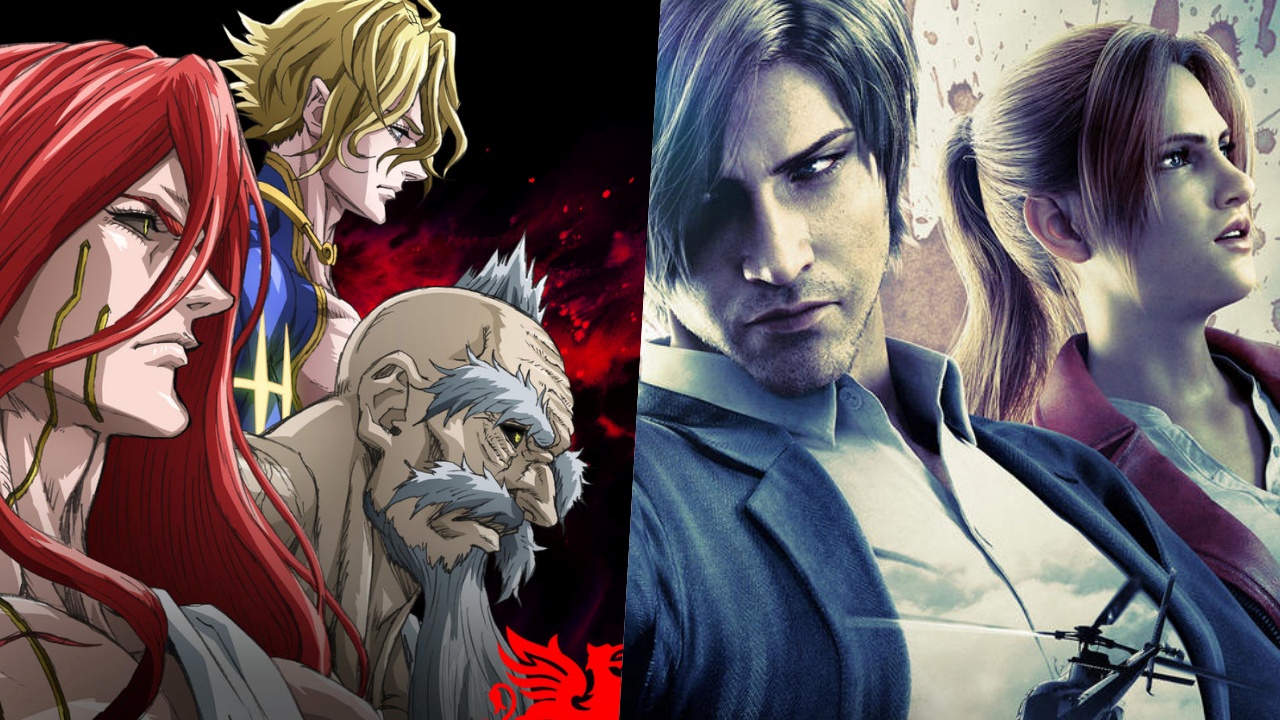 Anime fans will have their fill as Netflix is serving a bountiful anime buffet in the following months. Staying true to their announcement at the all virtual AnimeJapan 2021 event months back, more titles are coming our way.

During the virtual stage event, Netflix announced the upcoming worldwide release of Record of Ragnarok (premiering June 2021), an anime adaptation of the hugely successful manga of the same name. The story about the epic fight for the fate of humanity will join an ever expanding slate of anime, including previously announced titles like the comedic, slice-of-life series The Way of the Househusband (premiering April 8, 2021) or the popular RESIDENT EVIL: Infinite Darkness (premiering later this year).

Here’s everything that’s coming soon that you should watch out for:

Record of Ragnarok is the story of 13 gods from across the globe and 13 of the world’s most notable humans fighting it out in one-on-one battles to decide the fate of humanity.  Based on the manga created by Azychika, Shinya Umemura and Takumi Fukui, an earnest battle of transcendental rage begins!

In a war-torn feudal Japan filled with mechs and magic, the greatest ronin never known, Yasuke, struggles to maintain a peaceful existence after a past life of violence. But when a local village becomes the center of social upheaval between warring daimyo, Yasuke must take up his sword and transport a mysterious child who is the target of dark forces and bloodthirsty warlords.

Thousands of years in the future, a city known as “Eden” is inhabited solely by Artificially Intelligent robots whose former masters vanished long ago. On a routine assignment, within the depths of the city, two maintenance robots accidentally awaken a human baby girl from stasis questioning all they were taught to believe– that humans were nothing more than a forbidden ancient myth. Together, the two robots secretly raise the child in a safe haven outside Eden.

The Way of the Househusband
Global Premiere Date — April 19, 2021

Feared among the yakuza as “The Immortal Dragon”, Tatsu is a legend of the underworld with an impressive number of defeated rival gangs under his belt. However, hoping to wash his hands of his past, Tatsu gets married and devotes himself fully to the way of the househusband by diligently undertaking the cooking, cleaning, washing and grocery shopping each day. On the other hand, there’s one person who’s not happy about Tatsu’s new domestic life — his tough, former yakuza underling, Masa. As Tatsu tries his best to pursue the way of the househusband, one assassin after another tries their hand at taking him out!

In 2006, there were traces of improper access to secret Presidential files found in the White House’s network. American federal agent Leon S. Kennedy is among the group invited to the White House to investigate this incident, but when the lights suddenly go out, Leon and the SWAT team are forced to take down a horde of mysterious zombies. Meanwhile, TerraSave staff member Claire Redfield encounters a mysterious image drawn by a youth in a country she visited, while providing support to refugees. Haunted by this drawing, which appears to be of a victim of viral infection, Claire starts her own investigation. The next morning, Claire visits the White House to request the construction of a welfare facility. There, she has a chance reunion with Leon and uses the opportunity to show him the boy’s drawing. Leon seems to realize some sort of connection between the zombie outbreak at the White House and the strange drawing, but he tells Claire that there is no relation and leaves. In time, these two zombie outbreaks in distant countries lead to events that shake the nation to its very core.