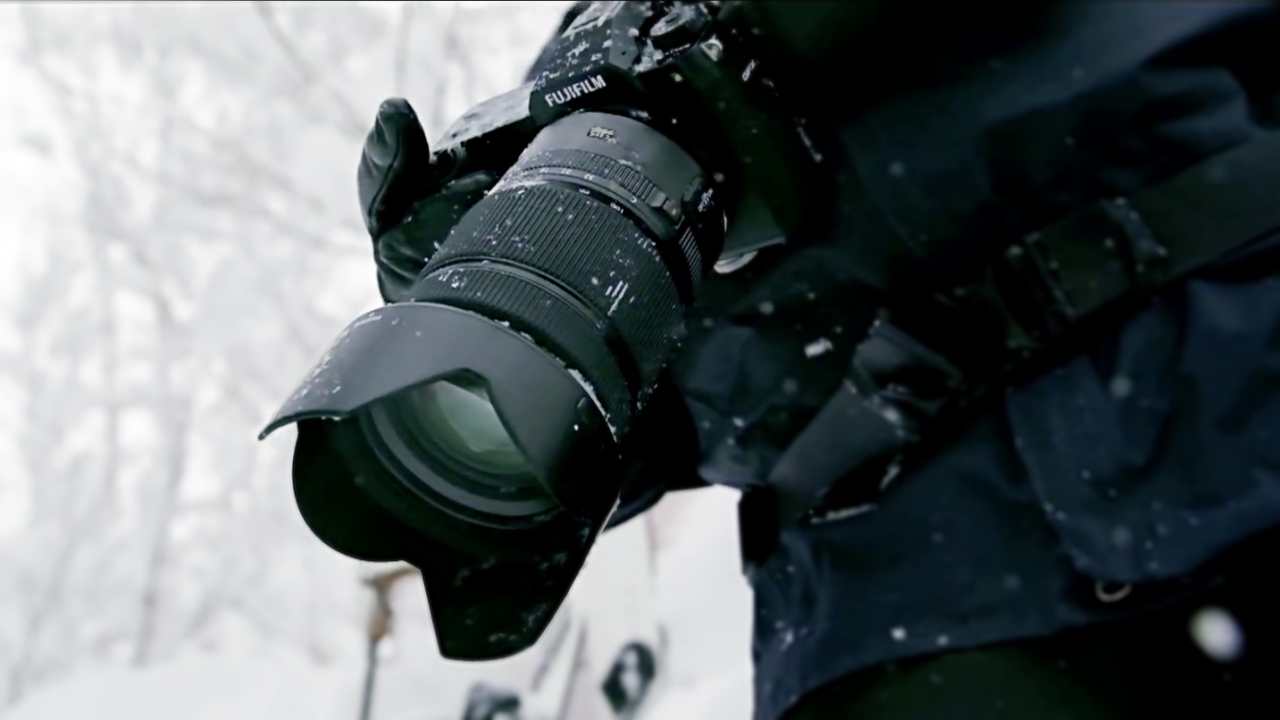 Remember the Fujifilm GFX100 from 2019? Well, Fujifilm has finally updated it with an updated model called the GFX100S — but what exactly has changed?

A medium format camera in a full-frame body

Medium-format cameras are a lot larger than the usual full-frame DSLRs and mirrorless cameras. But the GFX100S is an exception as it only weighs at 900g (1.9lb) — almost half the size of the heavyweight GFX100 at 1400g (3.1lb) and can go with existing full-frame bodies. 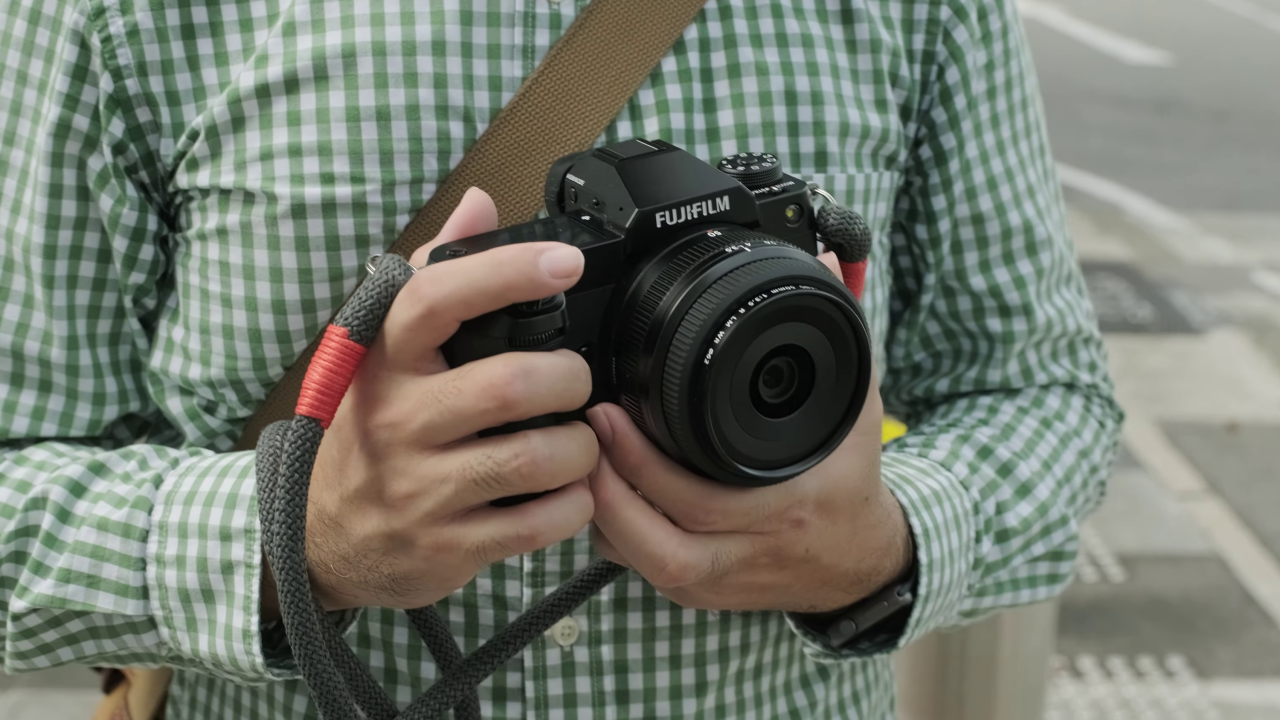 Despite its small size, it has a 3.2-inch touch-enabled LCD panel and supports up to 2.36 million colors. It’s not fully-articulated but it can be tilted up (90º), down (45º), and right (60º). There’s also a 1.8-inch sub LCD monitor at the camera’s top for viewing those handy EXIF settings that can also be customized depending on your liking. 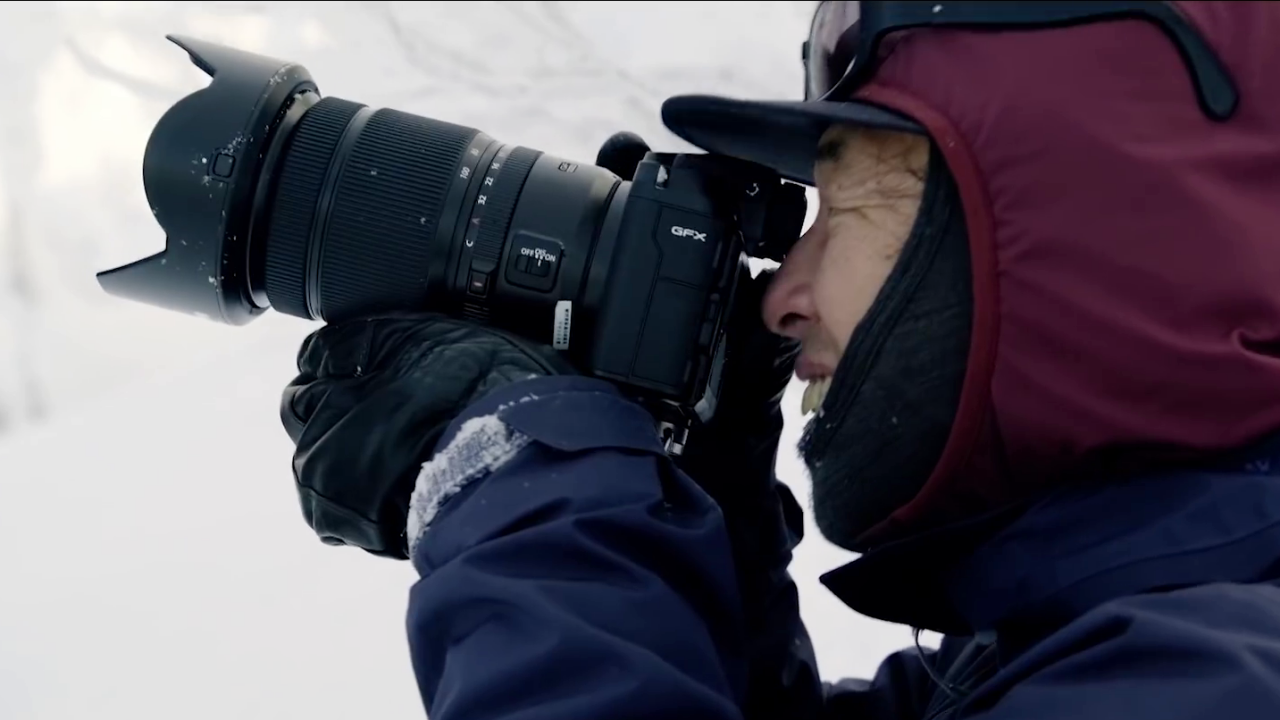 The new GFX100S is built for tougher climates. Whether you’re shooting at a beach, desert, or even as high as Mount Fuji’s summit, the GFX100S can withstand all of that. This is a rare feature among most cameras and this is what makes it better than its two-year-old predecessor.

With its magnesium alloy body, it’s dust and moisture-resistant. At the same time, it’s also capable of operating under cooler temperatures (-10ºC or 14ºF).

Having an almost 100% coverage of phase detection pixels on its sensor, the GFX100S is capable of focusing as little as 0.18 seconds, even in low-light situations.

Although it still rocks the X-Processor 4 quad-core CPU, it will still be able to provide high-performance shooting on-the-go. With an updated focus tracking algorithm using the same sensor, it’s still capable of using Face and Eye AF functions for better focus at moving subjects.

Other than that, there’s also an improved and more compact 5-axis IBIS (in-body image stabilization) system that’s 20% smaller and 10% lighter than the older model. Even if there’s a size reduction, the stabilization system provides 6-stops of CIPA-rated IS and has a 0.5-overall improvement than the GFX100.

Fujifilm has kept its secret sauce. The GFX100S still has that same 102-megapixel sensor that’s around 1.7 times larger than any of the full-frame offerings out in the market today. 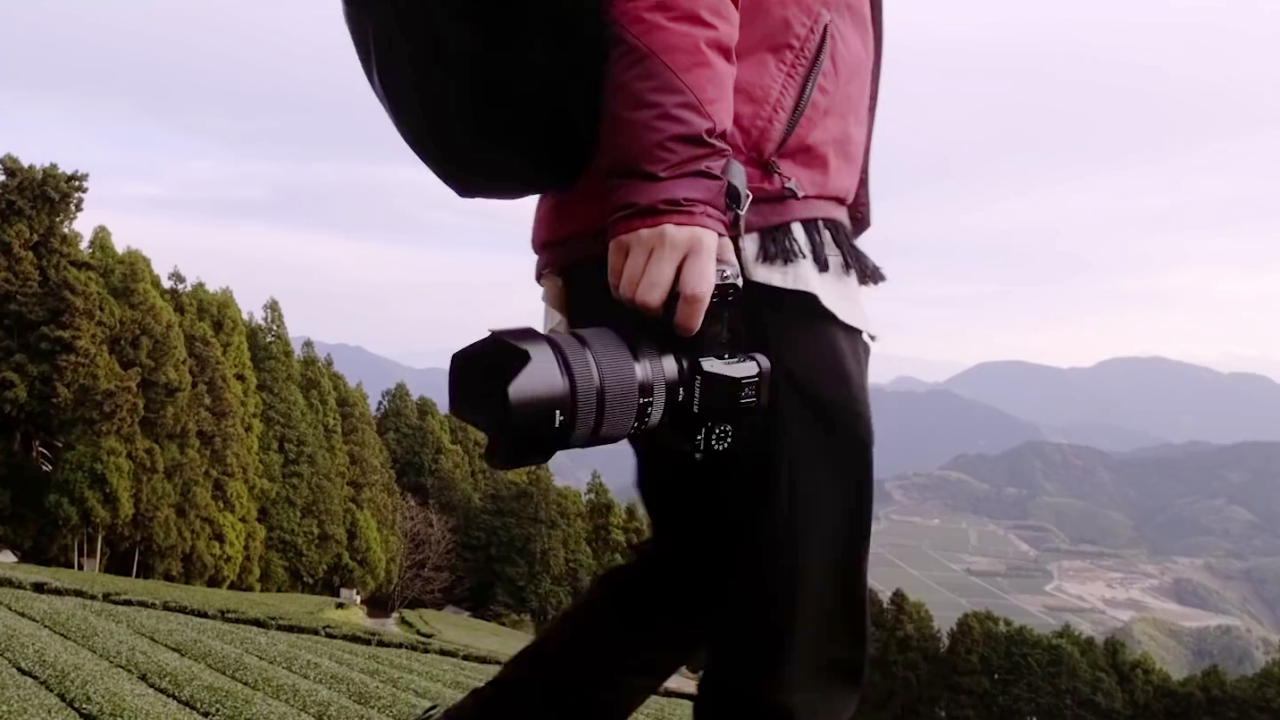 The 4K/30p video recording support is also present for those crisp footage and be able to keep up with the industry’s standards. But other than shooting in the standard 16:9 aspect ratio, it also supports 17:9 that’s used in digital cinema. 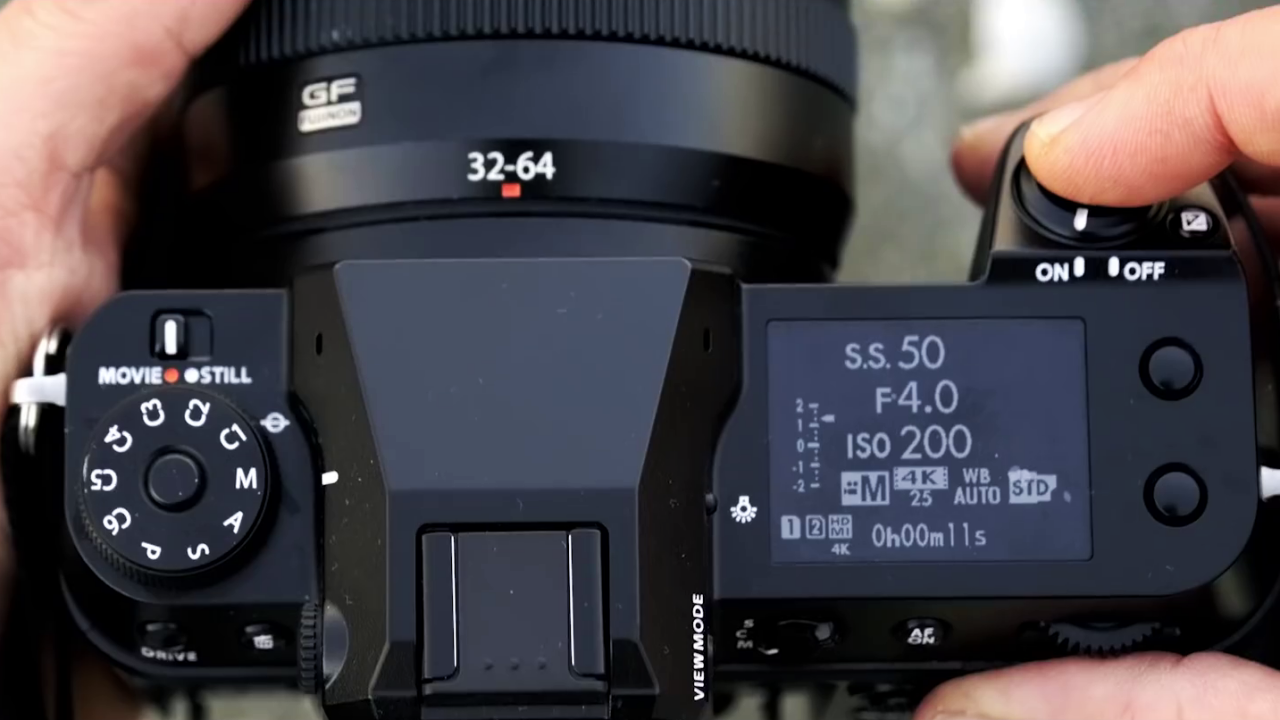 To make video shooting even better, you can choose between F-Log and HLG (Hybrid Gamma Log) other than the usual H.264 and H.265 codecs. This means you can edit and have better color-grading options in post-processing to achieve a more cinematic output. 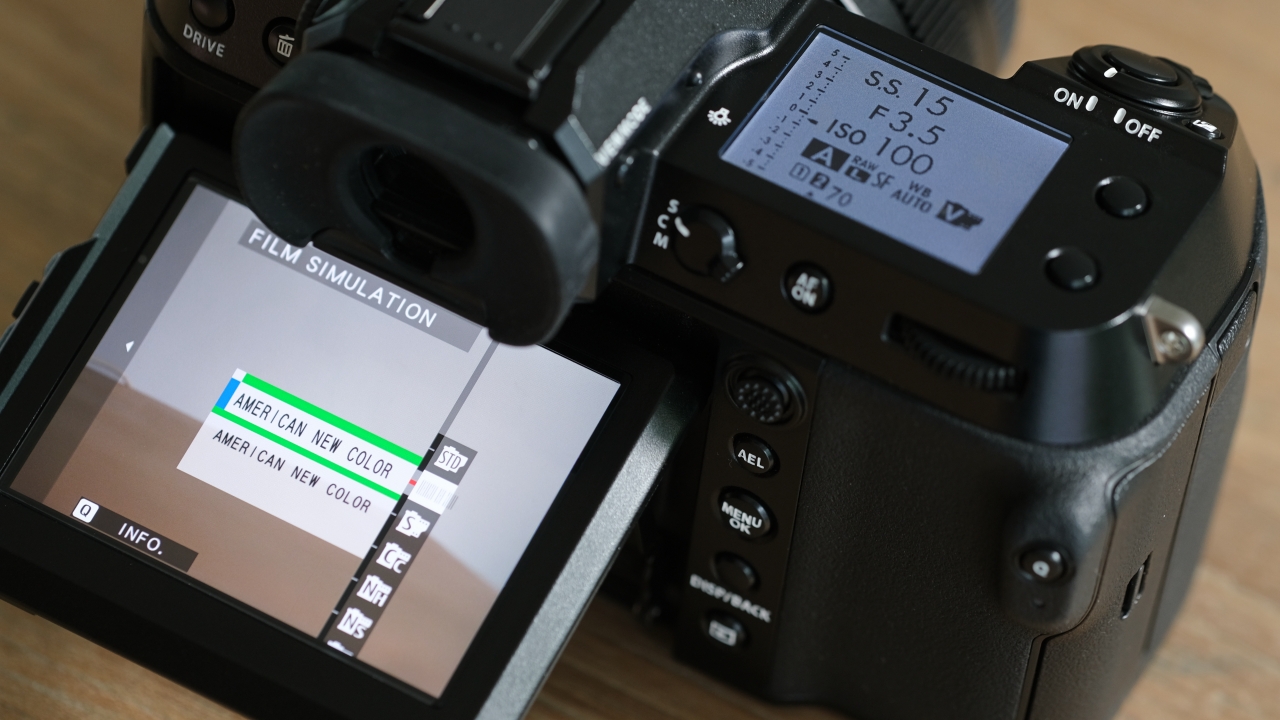 With their 86-year expertise in color science, it comes to no surprise that their classic Film Simulation Mode still remains. You can pick between 19 exclusive modes and simulate that classic film look with just a press of a button.

The new GFX100S is paired with the announcement of the newest FUJINON GF80mmF1.7 R WR lens. From the name itself, it is a prime lens with an 80mm focal length (a 35mm equivalent of 63mm) and a wide aperture of f/1.7 for better bokeh and brighter images at night. 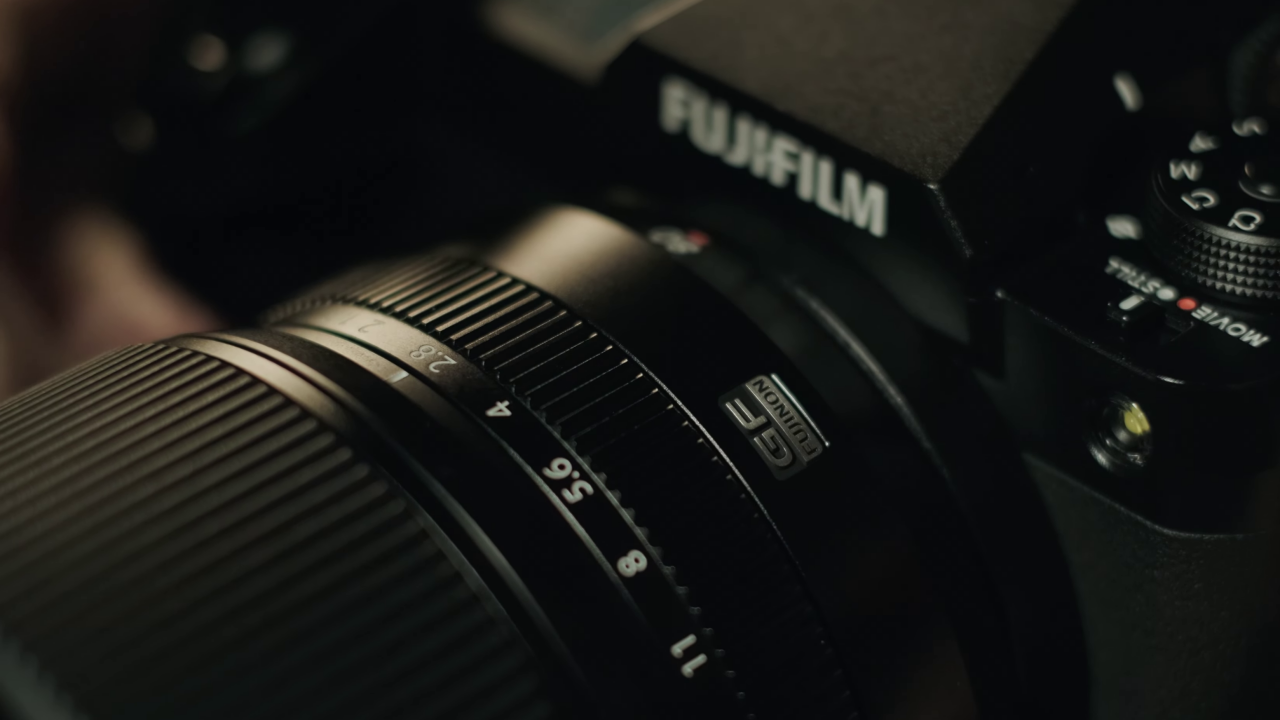 The lens is composed of nine rounded diaphragm blades plus 12-lens elements with one aspherical element and two Super ED elements. These provide better background segmentation with sharper subjects and smoother bokeh.

What makes it special is that, it’s the world’s first f/1.7 lens with an autofocus for a large format system. The powerful DC motor is enough to make the subject stand out — even with the wider aperture and shallower Depth of Field (DoF). There’s even support for Face and Eye AF for better-looking portraits even when you’re on the move.

Just like the GFX100s, it’s also weather-resistant that survives colder temperatures as low as -10ºC (or 14ºF). The seals around the lens also protect it from dust and rain. The front lens element is also coated with fluorine that repels dirt. 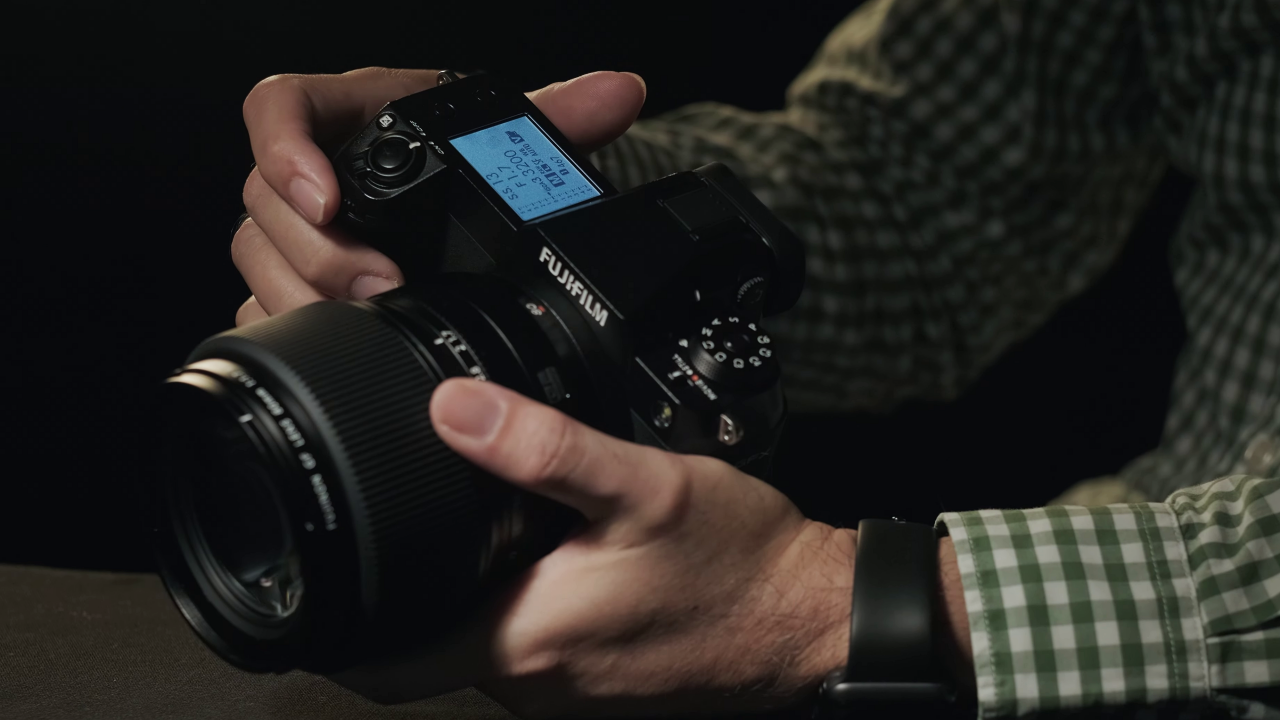 For an enhanced in-hand feel when using this camera, there’s a Metal Hand Grip accessory (MHG-GFX-S) which is priced at PhP 8,390. This hand grip is helpful for supporting larger lenses without feeling unstable. At the same time, it’s compatible with Arca-Swiss tripod plates for faster and smoother transition between mounted and handheld scenarios.

If you’re planning to buy all of them, it will cost you roughly PhP 467K. That’s still less expensive than the sub PhP-600K body-only GFX100 launched two years ago.

The Sony Alpha ZV-E10 is a vlogging camera 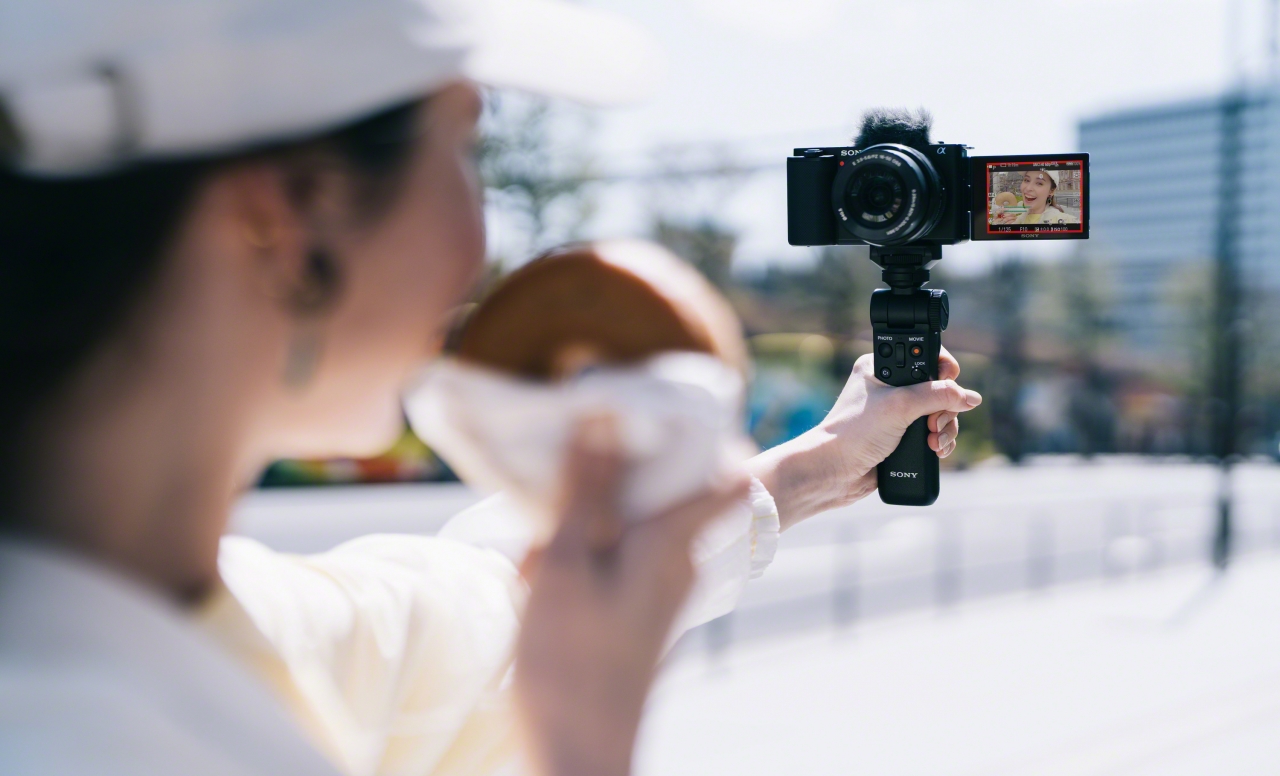 The prospect of owning your very own mirrorless camera became more enticing to people after the pandemic hit and people turned to online jobs to earn living. For some, that meant putting on the digital creator hat. Perhaps seeing the trend, Sony launches a camera that addresses this need — the Sony Alpha ZV-E10.

It’s the first on Sony’s vlogging camera series to feature interchangeable lenses, giving users more versatility. This isn’t the case with the camera’s sibling, the ZV-1. It has a 24.2MP APS-C Exmor CMOS sensor, which means anyone looking to expand their lens selections should look out for e-mount lenses. 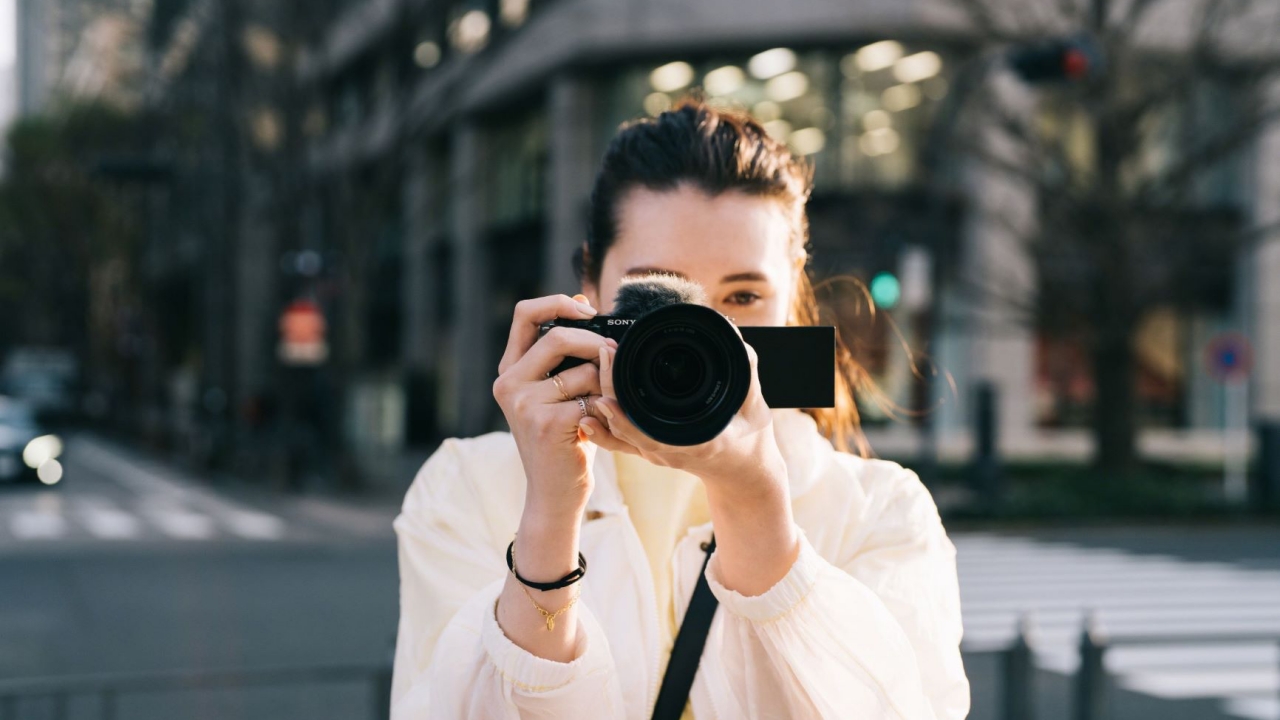 Now, about the vlogging part. It’s small, lightweight (around 343g) and includes the side-opening Vari-angle LCD Screen that allows creators to connect external mics on top of the camera.

A unique feature of the Alpha ZV-E10 is the zoom lever that can operate optical zoom with power zoom lenses and Clear Image zoom with prime lenses.

When pairing the camera with a prime lens, the user can zoom without losing video resolution to maintain full 4K video. The user can also choose from eight zoom speed settings for added creative flexibility. 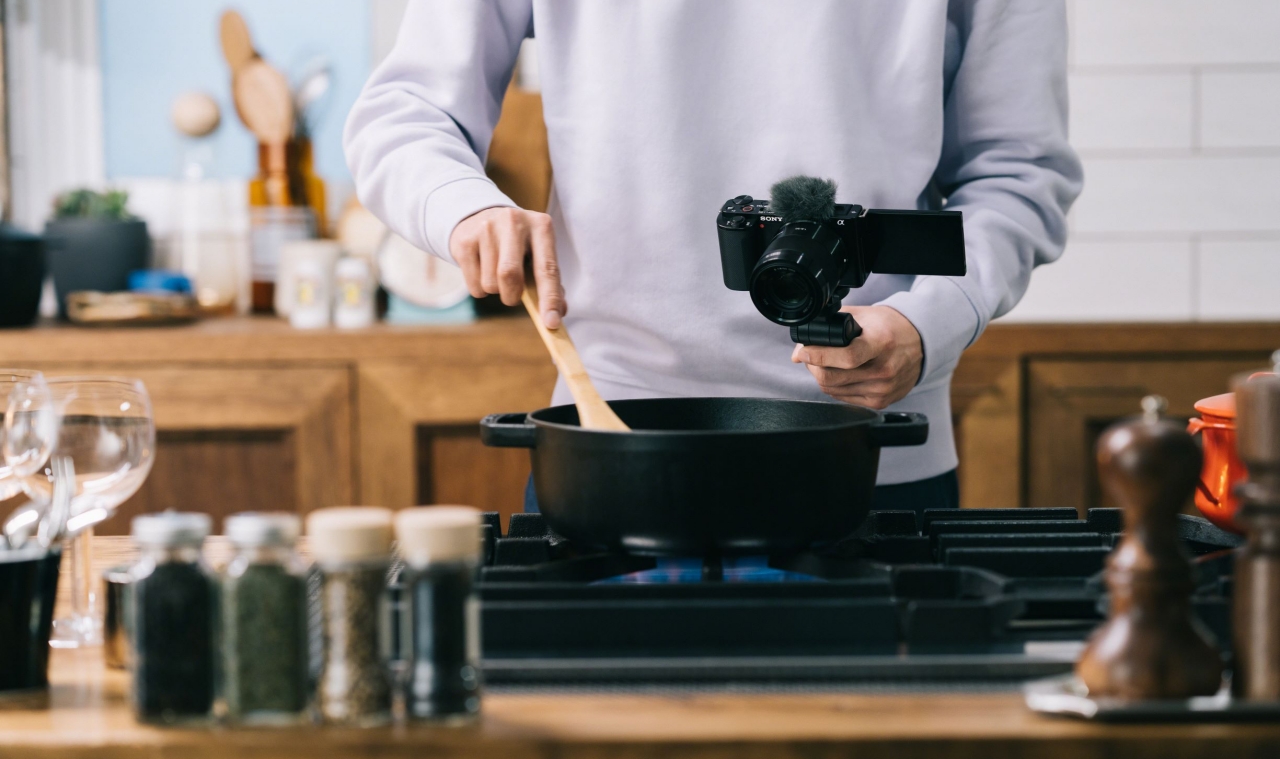 Taking things further for content creators, the ZV-E10 can be purchased with the optional GP-VPT2BT Shooting Grip with Wireless Remote Commander. It’s a one-handed shooting is simplified with easy to access zoom, record and a customizable button.

The camera can also be connected to your laptop or PC to function as a webcam with the Image Edge Desktop App. A mobile version of the app is also available for easier image file transfer. 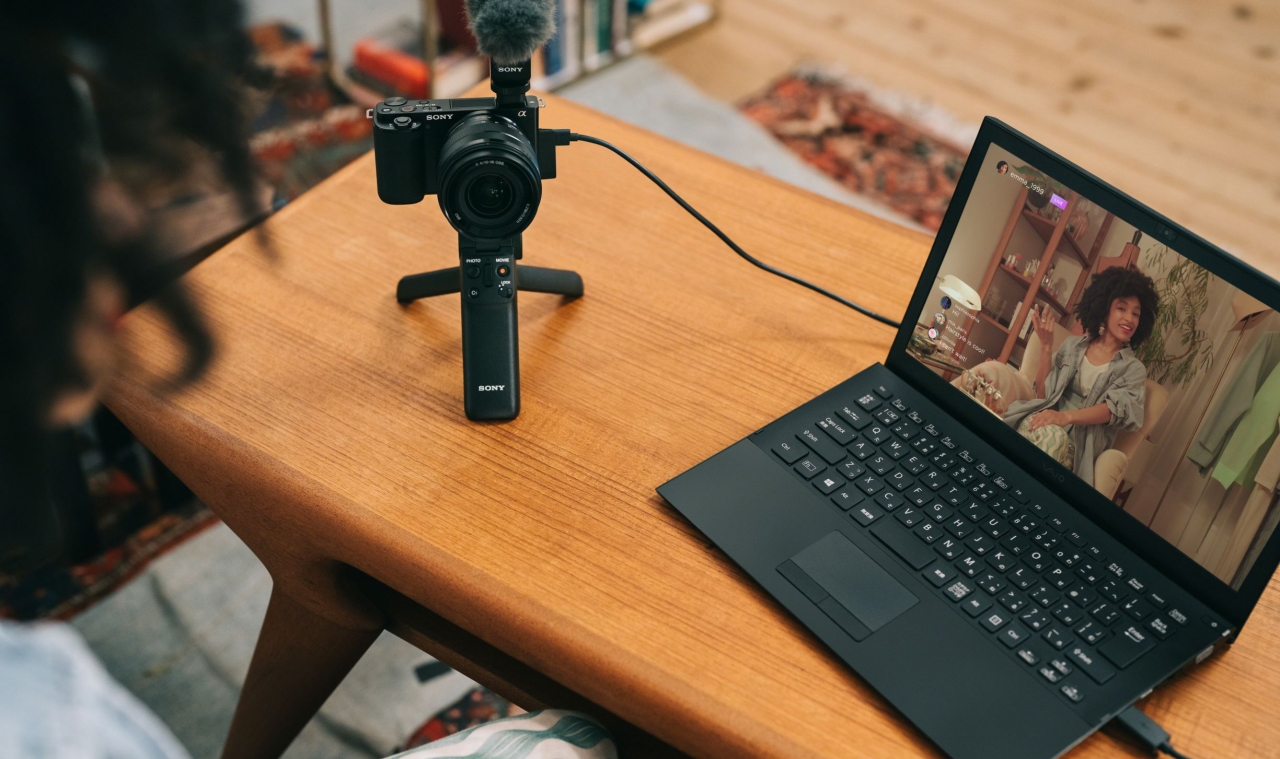 It’s currently on pre-order in the US and the Philippines.

In Singapore, it will be available in August 2021.