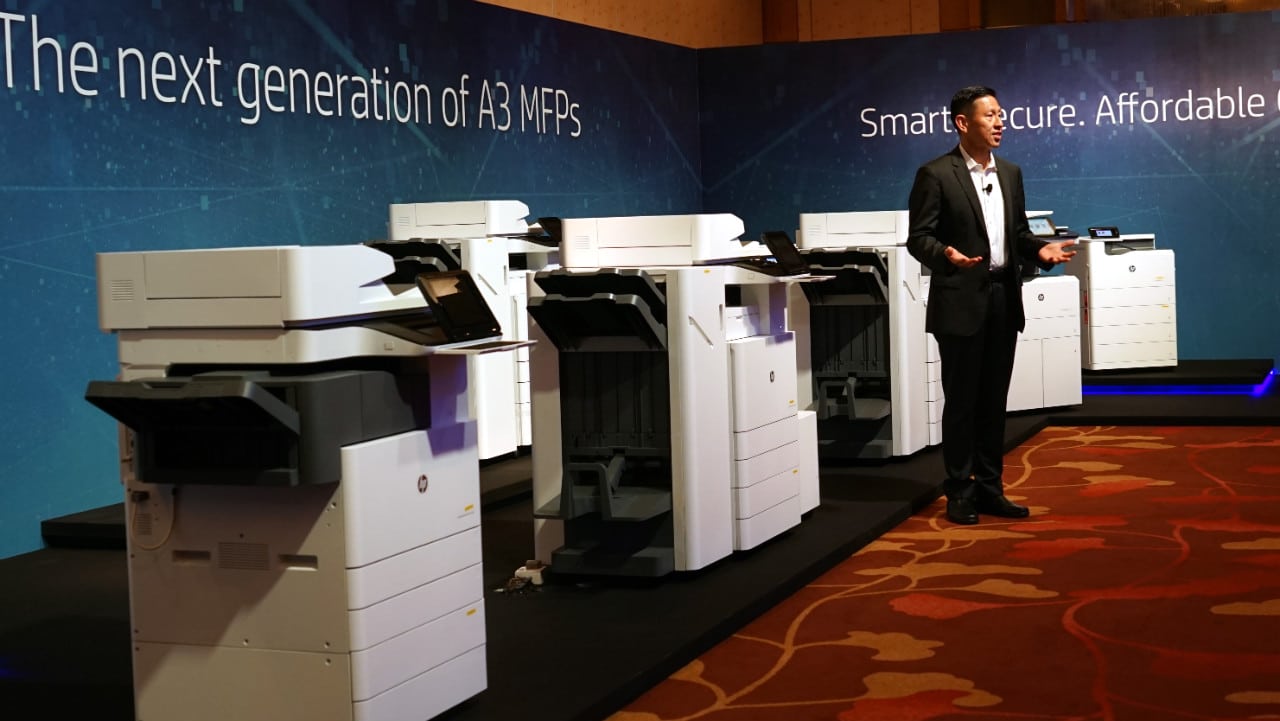 Your office is vulnerable to a cyber attack and you don’t even know about it. HP, which positions itself as an advocate of security, has pinpointed the vulnerability — printers.

It seems ludicrous to think an entire office could be in danger from a cyber attack through a printer, but HP has done its homework and with the Internet of Things (IoT) becoming more and more prevalent in offices worldwide, the connected printer has become some sort of a backdoor hackers can go through if they please.

Identifying the threat, HP launched a family of A3 printers built to withstand and guard against these attacks.
In case you’re unfamiliar, A3 printers are like all-in-ones. They function not just as printers, but also as copiers and scanners.

Security is at the forefront of what drives HP’s efforts. Every day, offices print details from the mundane to the most confidential. The company wants to make sure these files are secure with printers that have built-in security features.

The printers today, connected to the network, are just like computers. And like computers, they are susceptible to attacks. This isn’t something HP just made up. In the “Annual Global IT Security Benchmark Tracking Study,” released by privacy and security body Ponemon Institute back in 2015, it noted that 60 percent of attacks at that point had a printer data breach. Too high a number to ignore. 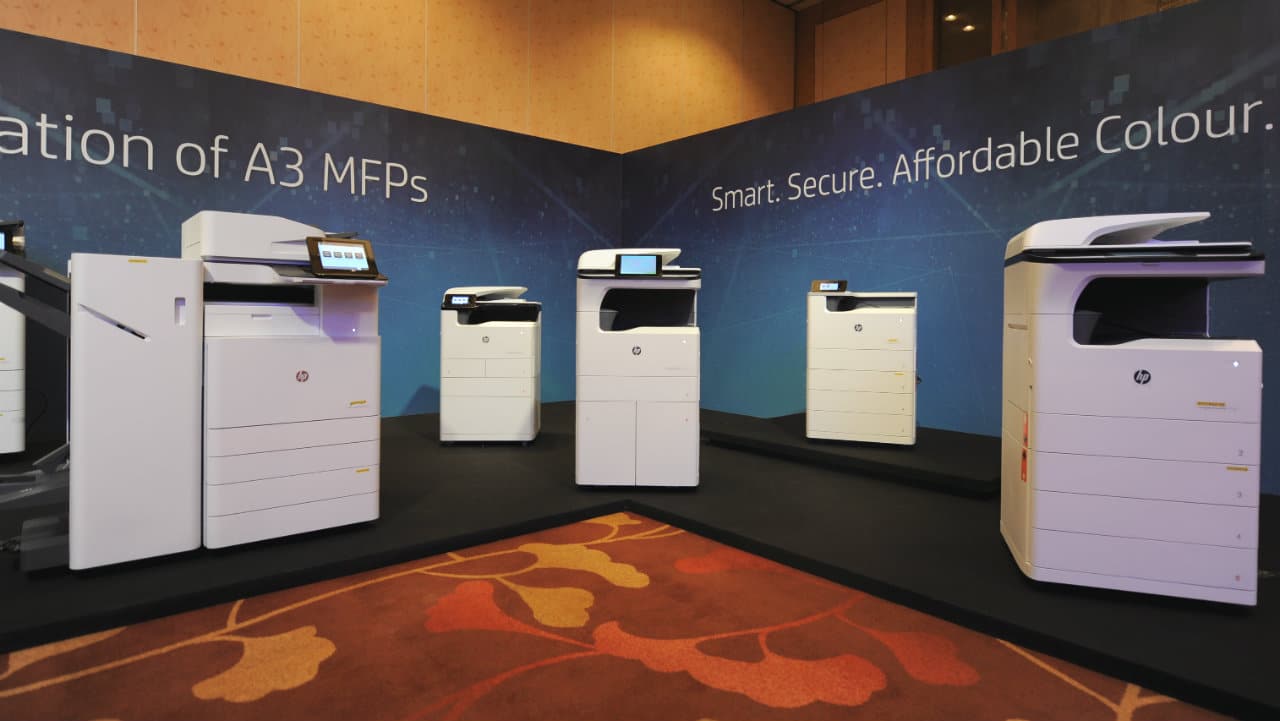 Protected. All of HP’s new Enterprise 600 and 500 Series MFPs have built-in security features

HP’s printers have four layers of protection. First is HP Sure Start: It validates the integrity of the BIOS code. If the BIOS is compromised, HP defaults to a safe copy of the BIOS.

Next is whitelisting. This ensures that only codes authenticated by HP — those that have not been tampered with — are loaded onto the memory. If the printer detects an anomaly, the device automatically reboots.

HP’s JetAdvantage Security follows it up by checking and fixing any affected device security settings. To round it up, HP has partnered with machine data company Splunk for continuous monitoring that will detect anomalies during complex firmware and memory operations. If there’s an attack, again, the device shuts down and automatically reboots.

All of HP’s Enterprise 600 Series devices are equipped with these security features. Other than the notable security, the printers all offer the latest of HP’s printing technologies. HP Inc.’s Printing Systems General Manager for Asia Pacific and Japan, Ng Tian-Chong, was excited to share how this new line of printers all of have the new JetIntelligence capabilities built in starting at the toner particle level. These devices can wake up out of sleep mode and start their full operation in as fast as nine seconds. Fast, safe, and efficient.

The new line of printers also come with a modern, tablet-like user interface making it easier to navigate the device’s functions. 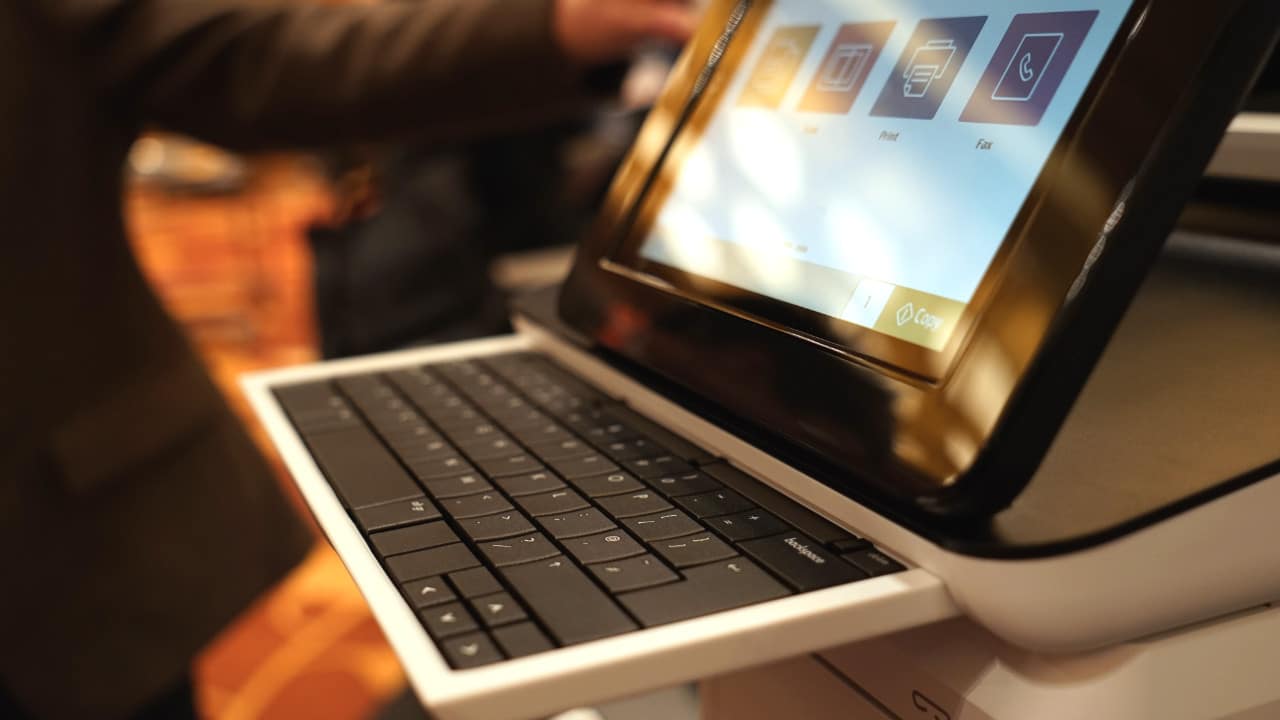 User-friendly. HP’s new line of printers are equipped with keyboards and a tablet-like user interface.

The devices are also built with easy repair and maintenance in mind. The Enterprise 600 Series are all equipped with sensors and real-time monitoring from Splunk, enabling HP to determine which units actually need onsite repair and which do not, saving both them and their client valuable time and resources.

Tian-Chong elaborated on HP’s aggressive approach on A3. He said there are two primary big printing segments — A3 and A4. Both have a market of around 55 billion. In A4, they already lead the market share that they built through the years. That is not the case with A3. Their value proposition as they try to gain ground in the market? You guessed it: Security. 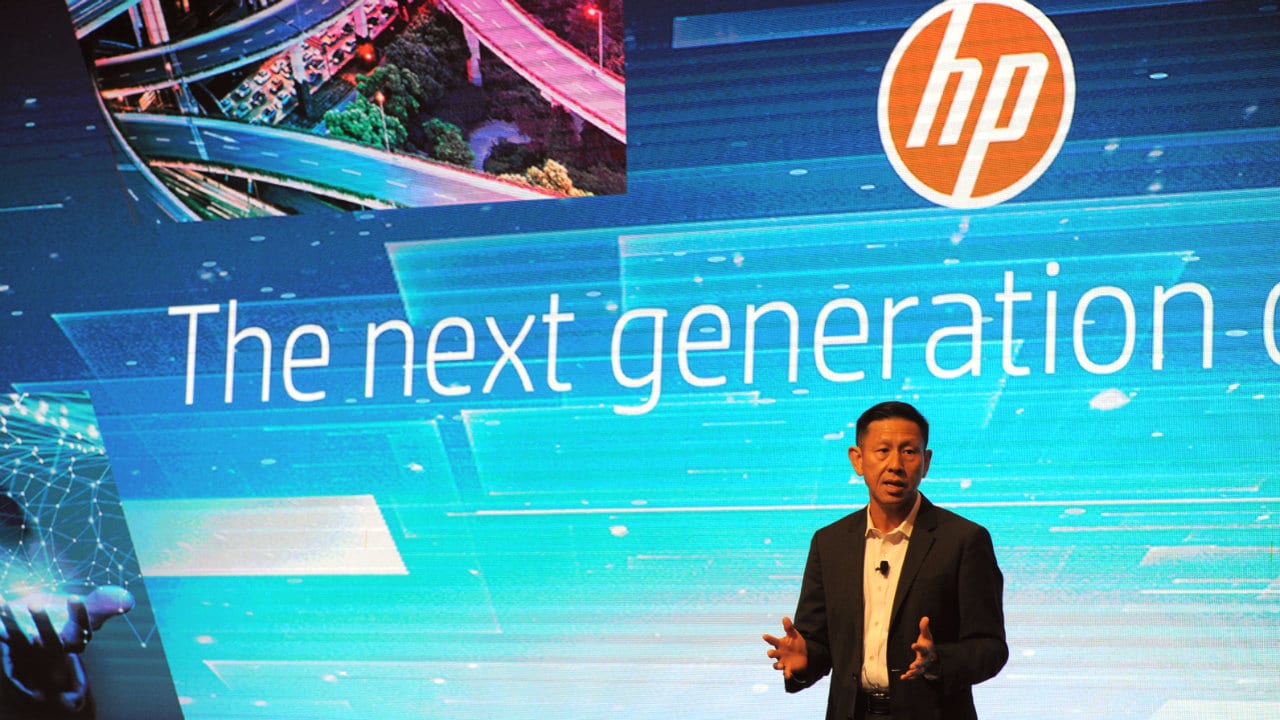 Sure, it might cost more now, but Tian-Chong argues spending on security now can help make sure your company continues to exist and prevents a major hacking scandal. The value offered is more for the long term.

Nothing drives the point better than their web series entitled “The Wolf” starring award-winning actor Christian Slater. You’ll get major Mr. Robot feels watching, and HP studios has done a great job using this medium to explain how the vulnerabilities exist and why the printers have to be protected.

Reaching out to governments

From a security standpoint, it was clear that governments had the most to gain from this technology. After all, they hold the most confidential information there could possibly be.

We asked what HP is doing to reach out to governments to introduce this technology, and Managing Director for Southeast Asia, Koh Kong Meng, said they, together with their partners, have had “discussions with cyber security agencies here [Southeast Asia] to educate governments and discuss the risks.”

HP on their role in reaching out to governments to introduce printer security. #securetheworkspace pic.twitter.com/8lZYZzUNrN

The whole event for the new printers talked more about security than anything else. Rightfully so, it’s the most compelling selling point of this new line. A quick Google search on “printers hacked” will yield results of actual printer hacking cases. The threat is real and HP wants to address it.

HP’s A3 multifunction printers (MFPs), as well as the 600 Series MFPs that include up to 17 SKUs with 26 available bundles ranging from 50ppm to 75ppm, are now available through qualified channel partners or directly from HP.

An increasingly connected environment also means an environment hackers can exploit. One unprotected device could spell disaster, and this latest effort from HP wants to prevent that disaster.