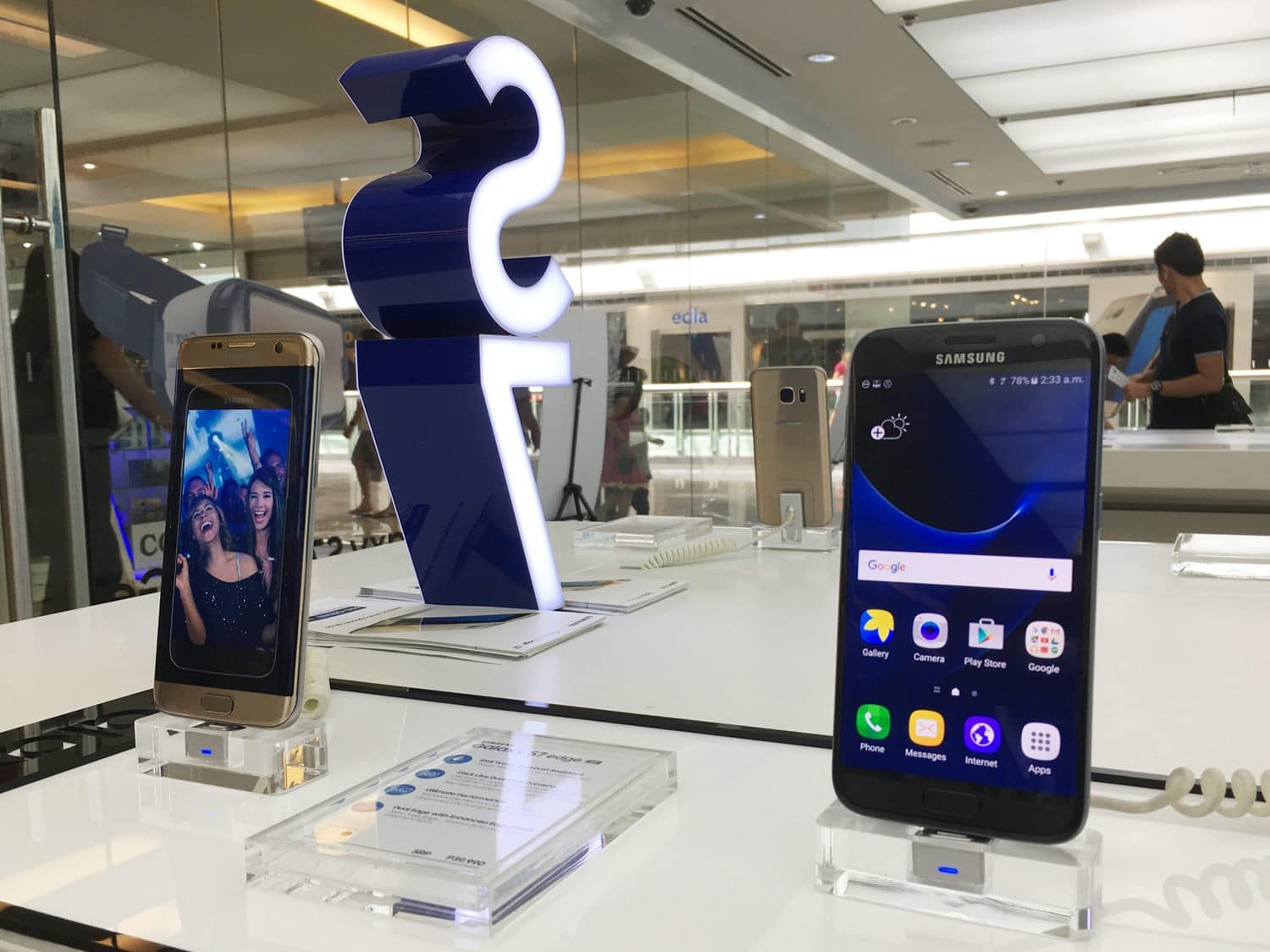 A few phone makers have found themselves swimming in good vibes lately when analyst firm IDC released its findings on the Southeast Asia smartphone market, which made over 100 million sales in 2015.

According to the company, which tracks industry trends and shipments in over 110 countries, including the Philippines, Samsung dominated the Asean region the previous year, with 21.7 million units shipped, representing 21.5 percent of the business, though it dropped in market share by nearly 1 percent on 2014 figures.

ASUS, Apple, OPPO, and Lava comprise the rest of the top five vendors in the region, accounting for 8.3, 6, 5.6, and 5.1 percent market share, respectively. 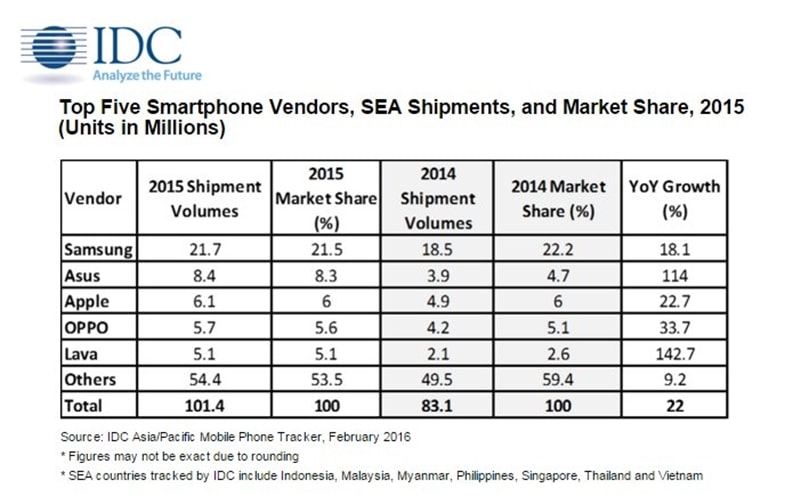 “Samsung remains at the top with 18 percent growth [in shipments] over 2014, as it launched the Galaxy J series that had models ranging from US$75 to US$200. ASUS broadened its range of handsets, introducing devices with price points ranging from US$100 to US$250 and larger screens such as the ZenFone 2 series and the ZenFone Go,” IDC said in a press release.

The firm added that the smartphone vendors that took a hit when Chinese brands expanded overseas have weathered the storm of low-cost devices flooding the region by bringing in products aimed at “budget-conscious consumers.”

Some of you may be wondering how Lava — a brand you’ve probably never heard of on this side of the planet — broke into the list. But consider that Lava’s distribution channels include Indonesia and Thailand, two of the biggest markets for mobile in Southeast Asia, combining for 51 percent of shipments last year. In case you’re wondering, the Philippines ranked third with 14 percent market share.

What’s actually more surprising is Apple holding on to the number three spot, brand-wise, though we don’t imagine that would be the case this year as well. Not with the likes of OPPO doubling down on lower-end devices that appeal to a wider audience. Perhaps that explains why Apple is rumored to announce a smaller — and possibly — cheaper version of the iPhone later this month.