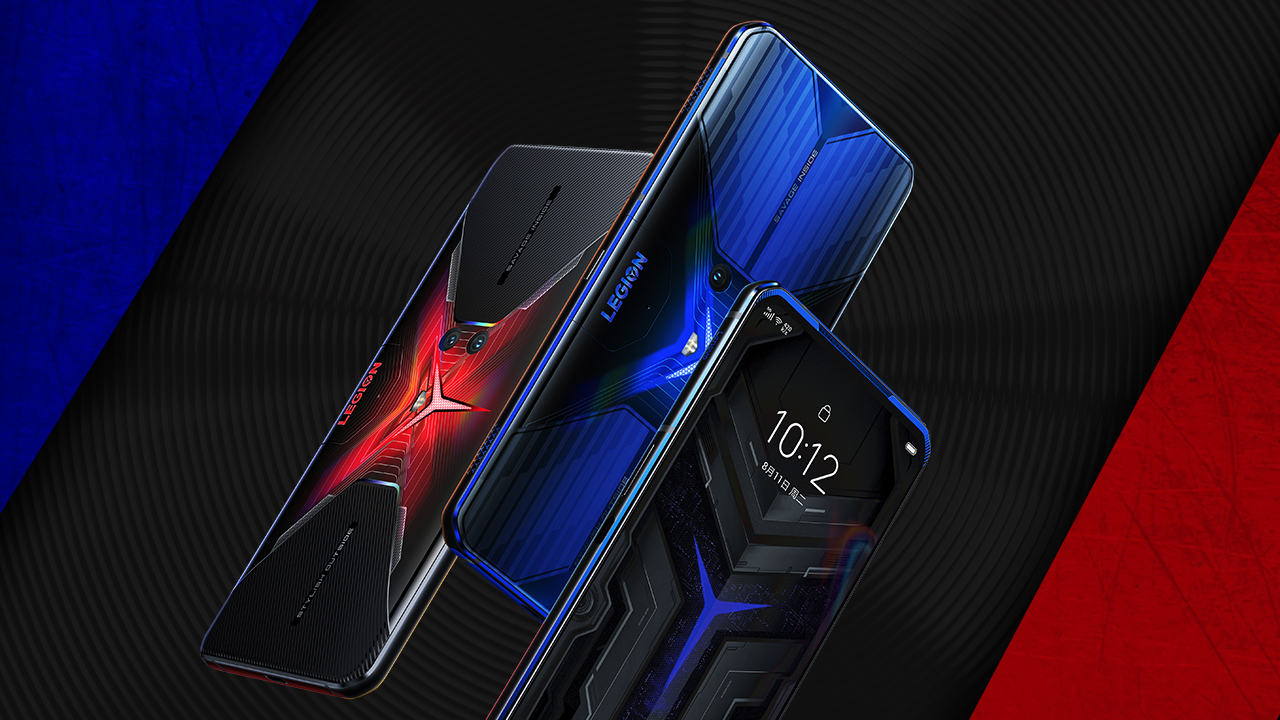 Mobile gaming enthusiasts will have yet another smartphone to choose from as the Lenovo Legion Phone Duel has just entered the game!

There’s been some fair amount of anticipation for this phone with leaks popping up every now and again. Let’s jump right into the specs to see what we’re working with here.

It was previously announced that this phone will be one of the firsts to carry the Snapdragon 865 Plus — the latest and greatest from Qualcomm — that’s built for “elite gaming.”

Elsewhere on the phone you get up to 16GB LPDRR5 RAM and a 512GB UFS 3.1 internal storage. It has a 6.65-inch AMOLED display with 144Hz refresh rate with a 240Hz sampling rate that should bode well for all your mobile gaming needs.

As for the batteries, the rumors were right. Instead of one big chunk, Lenovo opted to split it up. Inside are two 2500mAh batteries. This helps with giving the Duel enough juice while also keeping it cool.

Speaking of juicing up, the Lenovo Legion Phone Duel supports 90W Turbo Power Charging. This can take you from 0 to 50 percent in just 10 minutes and straight up to 100 percent in only half an hour. 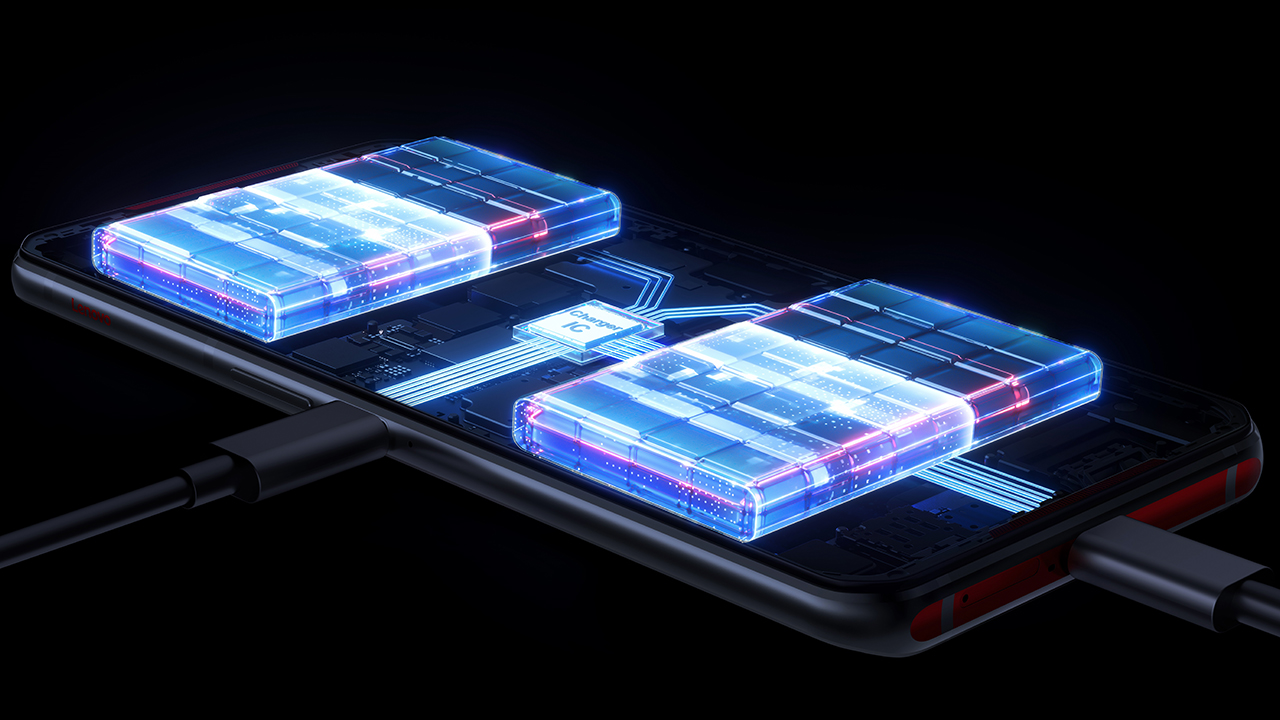 You can charge the phone on either USB-C ports. Yes, there are two. One in the usual bottom of the phone, the other on its side — a perfect spot for charging while you’re gaming. Very similar to the one implemented by the ROG Phones.

Just like any gaming phone worth its salt, the Duel has two front-firing speakers. For touch and move simulation controls, there’s a Lenovo Legion Assistant to help you out.

Lenovo also made you sure you can “feel” your game. It has dynamic and surrounding vibration from specialized engines in the phone simulate the feel of in-game hits.

If you want to show off your skills, the Lenovo Legion Phone Duel lets you do that too. It has a side-mounted 20MP pop-up camera. It stays hidden until you’re ready to showcase your skills.

It can capture 1080P HD footage and record 4K video at up to 30FPS. Like any pop-up camera, it also has an auto-retract drop detection feature to give you some peace of mind. 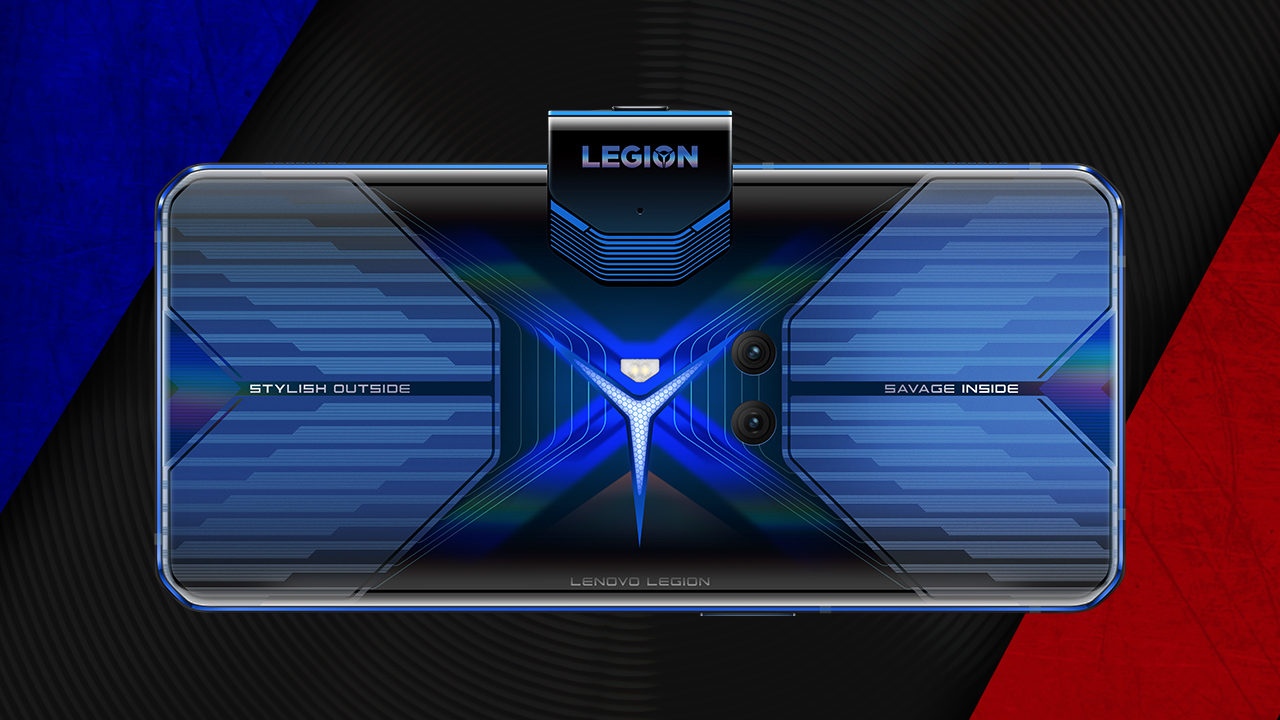 On the software side, there’s the Lenovo Legion Realm which is a customized dashboard for all your gaming needs. Much like what Armory Crate is on the ROG Phone.

With it you can tweak hardware performance much like you would on PC gaming devices. You also get direct access to stream on either YouTube or Twitch. There are four noise-cancelling microphones to help streamers broadcast and record clear audio.

Streaming also lets you remove the background and use AI to auto-enhance your image using a selfie editor. It features several unique retouching filters and correction options.

At launch, users can auto-enhance images with programmed adjustments for a more balanced appearance. A later update will let users adjust filter settings to their liking (up to 100 levels of varying intensity).

The Lenovo Legion Phone Duel will also do the heavy lifting for your after-stream content.

As soon as a gaming session ends, users can review all the highlights on-the-fly with a preview screen. All that’s left is for the user to select and merge recorded clips before sharing for the world to enjoy.

It even goes the extra mile. If you forgot to hit record, you only need to slide your finger on the right ultrasonic trigger (the right shoulder button area), to go back in time to relive the moment you missed and “instantly reversely-record” the moment.

In case you’re wondering, it does have rear cameras. Unusually located in the middle area and right next to the Legion logo, these are a 64MP main camera and 16MP ultra-wide angle lens.

It will come to select markets in Asia, Europe, Middle East, Africa, and Latin America at a later date.

Pricing for both the 16GB and 12GB variants will vary depending on the market. 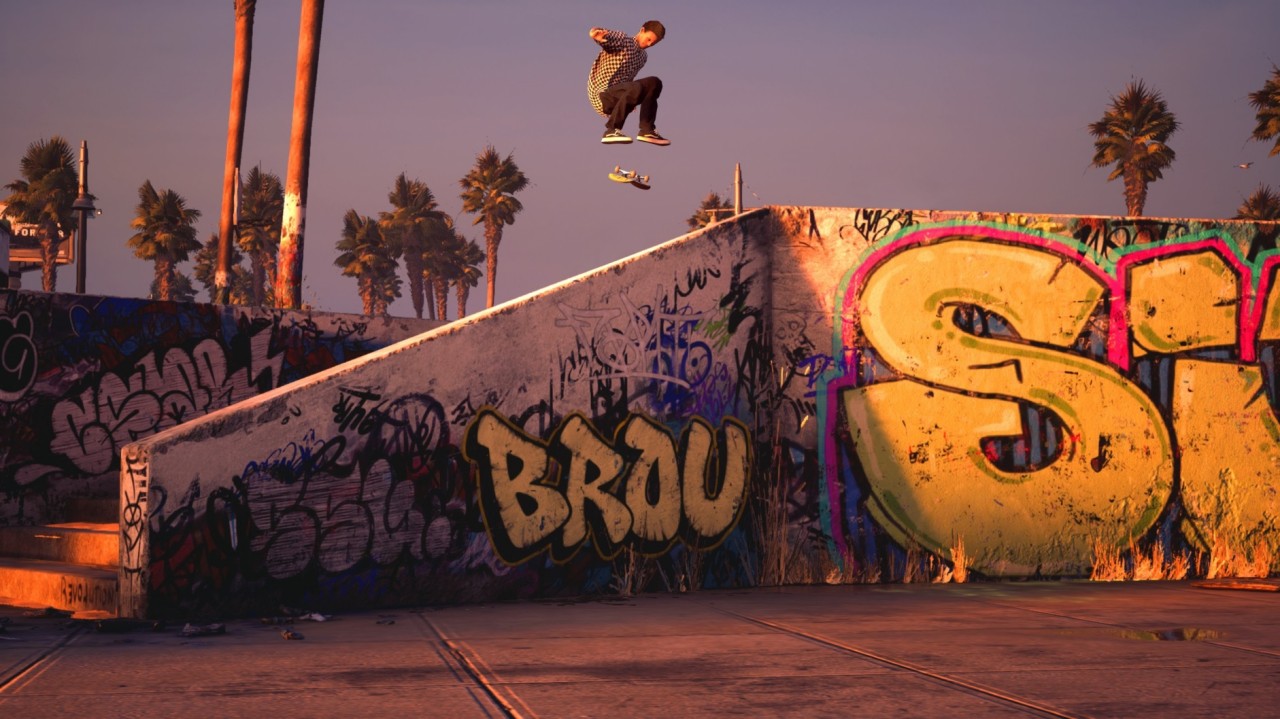 Activision has an exciting addition to its anticipated remaster of Tony Hawk’s Pro Skater 1+2 for new and longtime fans. Even though just a simple release trailer would’ve been great, they decided to take it one step further. In a 14-minute YouTube virtual concert, the developers showcased what is essentially the music behind the remastered classic.

The Noisey YouTube channel hosted this virtual concert, which featured a stellar list of rap, punk, and indie artists. These artists are behind a whopping 37 new tracks added to the remaster’s official soundtrack. Coupled with some of the classic tunes from the original, this soundtrack echoes the sounds of skateboarding. During the concert, artists like CHAII, Merkules, and Machine Gun Kelly even gave us a taste of the new music.

Apart from these, the concert also showcased previews of gameplay from the remaster itself. In between performances, you will just see clips of players doing all sorts of skateboarding tricks across the park. Also, some of the footage even features real-life skaters — or, at least character models of them.

If you want to watch the whole concert, you can watch it here. 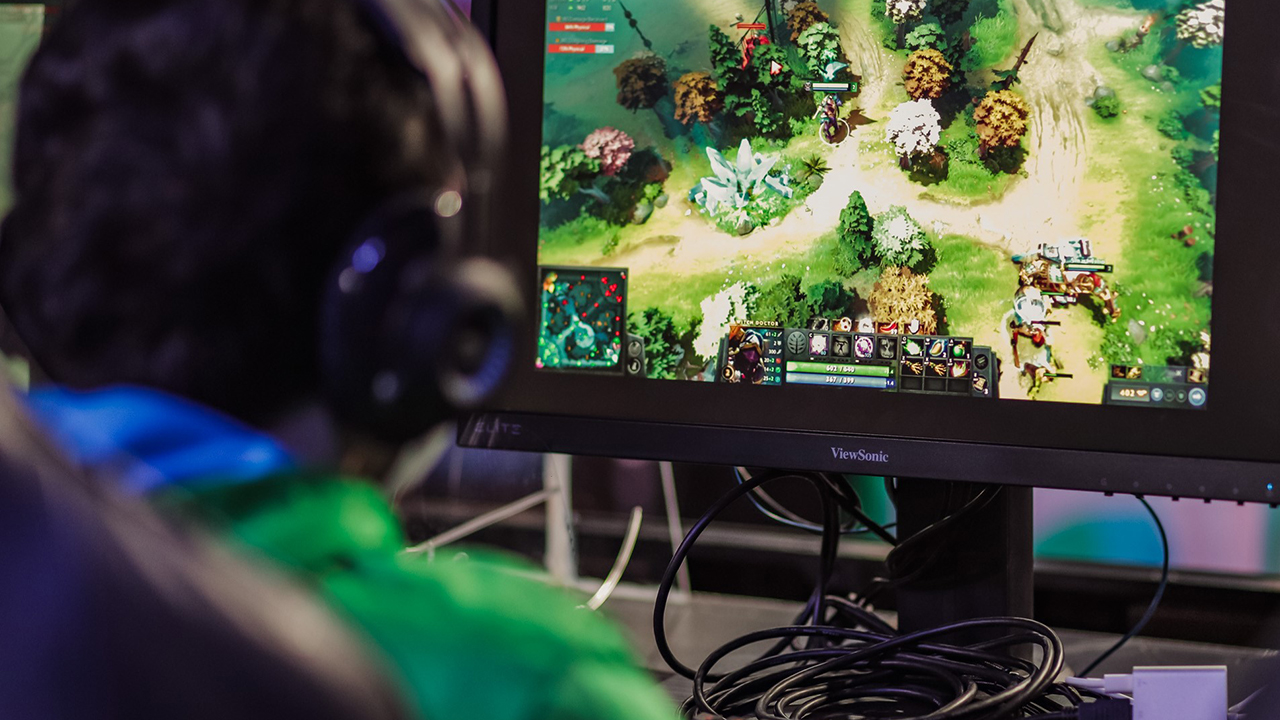 To test its speed, Smart hosted the country’s first crossplay match via cloud gaming and gathered esports athletes to partake in the competition. 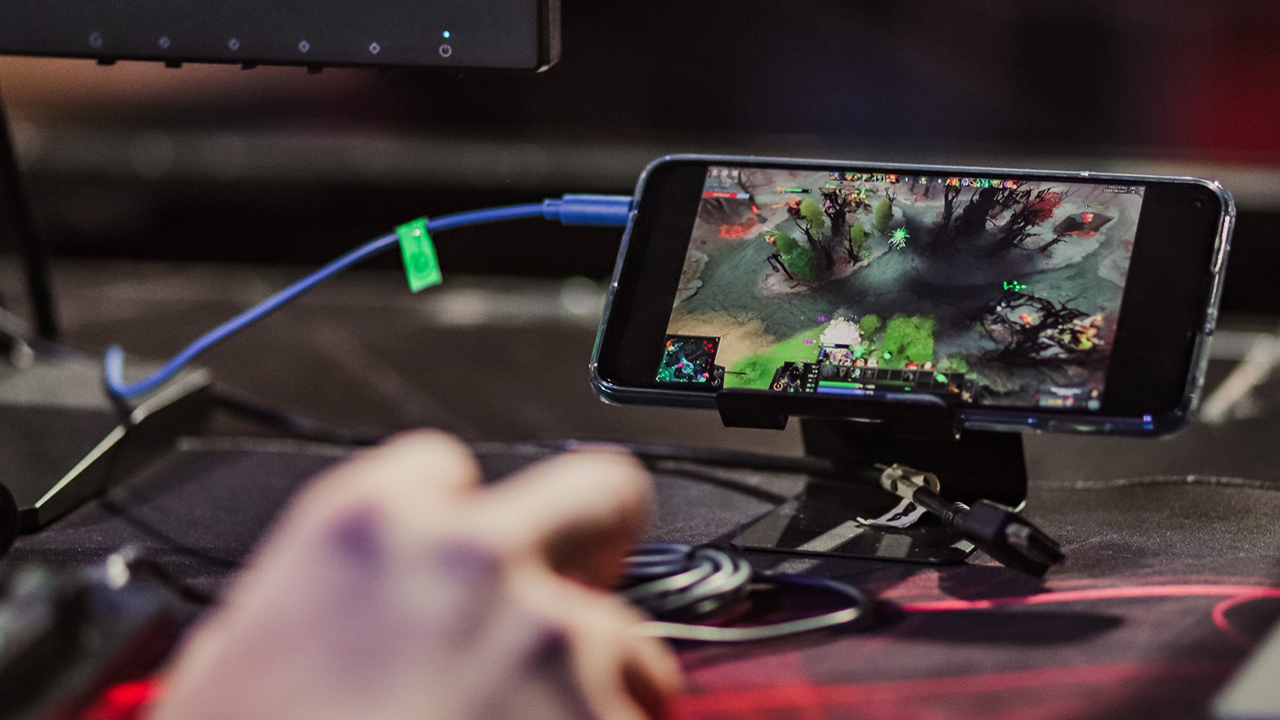 PLDT-Smart Omega armed its players with 5G-certified handsets and competed with Team LuponWxC playing through their gaming PCs. The athletes played a DoTA 2 match via cloud gaming, where PLDT-Smart Omega was victorious with a score of 34-6.

In Europe and America, Cloud gaming is becoming popular. Cloud gaming streams a game through cloud services letting you play a multitude of gaming titles no matter what device you’re on.

People can play their favorite games even with just a smartphone, as long as they’re using a fast and stable internet connection. No more relying on a gaming console or desktop computers.

Official announcement is in Mid-August 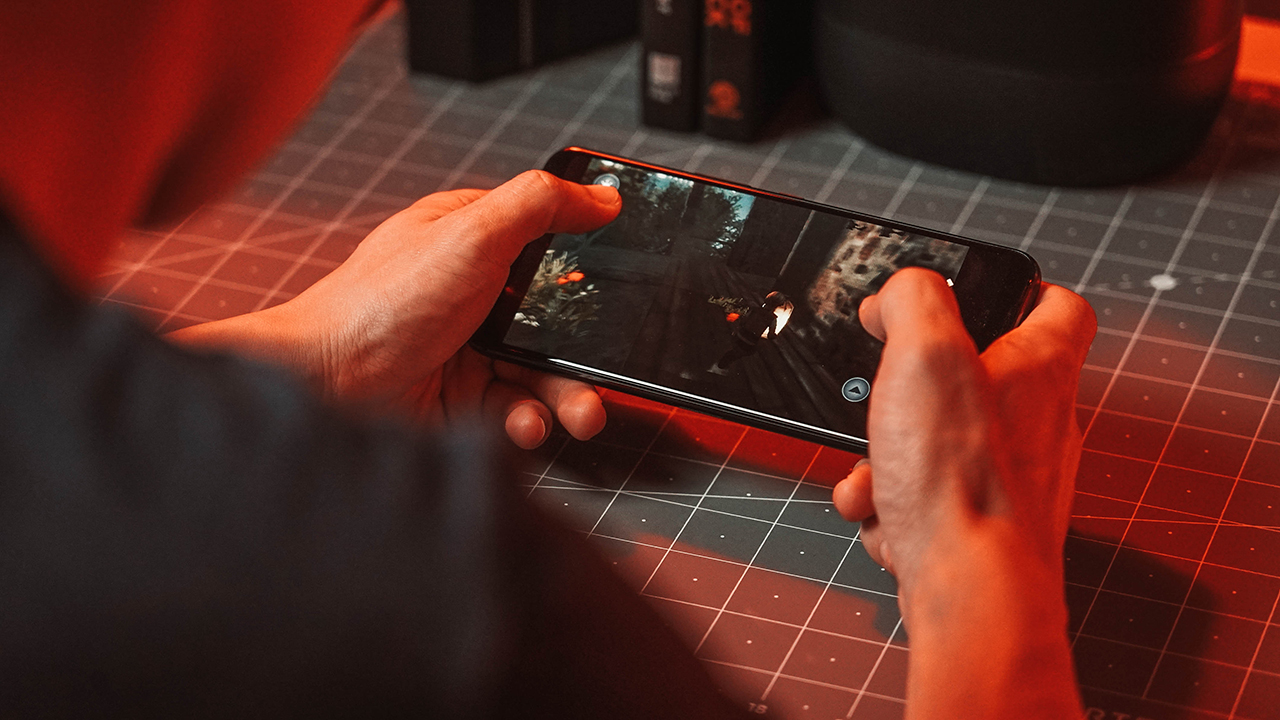 If the ASUS ROG Phone 3 announcement made your jaw hit the floor, you’ll be happy to know that the phone, along with the ROG Phone 3 Strix Edition, is coming to the Philippines.

ASUS ROG will make the official announcement on August 15, 2020 at 8PM. Pricing and availability will be revealed that day. You can tune in to the ROG Philippines social media pages to keep yourself updated.

It was earlier announced that the phone will be powered by the Qualcomm Snapdragon 865 Plus. It’s currently Qualcomm’s best and has an array feature geared towards “elite gaming.”

With it you can customize how much power each core uses for certain tasks. You can also modify things like RGB lighthing, fan speed, as well as game controls.

One of the new accessories coming to the ROG Phone 3 is one that will let you connect your phone to any existing game controller you have lying round. It can be the Xbox Controller, DualShock 4 (PS4), or the Google Stadia controller — all will work with the phone with this new accessory.