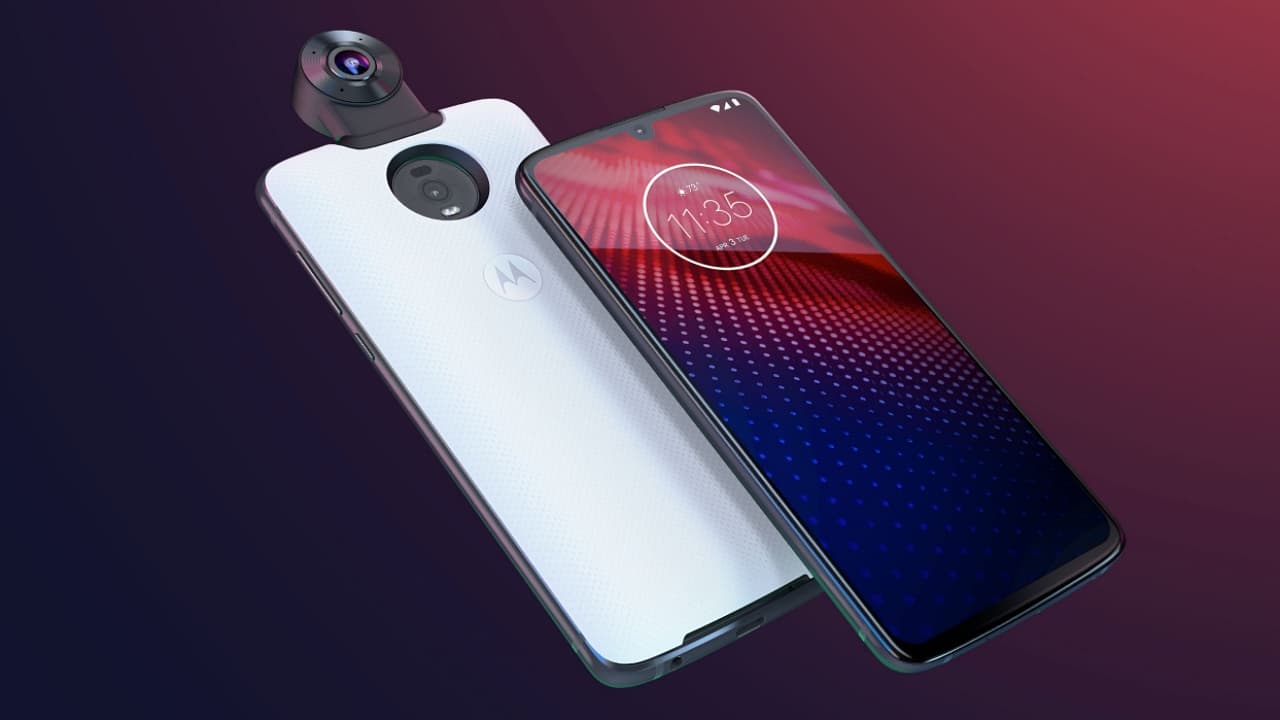 Motorola isn’t letting go of its precious Moto Mods just yet with the new Moto Z4. The new smartphone inherits the features of its predecessor with a couple of new tricks under its sleeve. Surprisingly, the Moto Z4 is not Motorola’s flagship-specced phone for 2019.

The Moto Z4 is the successor to the Moto Z3 Play, not to the Moto Z3. How so? The Moto Z4 doesn’t sport the best processor available, but rather a midrange chip — the Snapdragon 675 to be exact. It also packs 4GB of memory and 128GB of expandable storage. 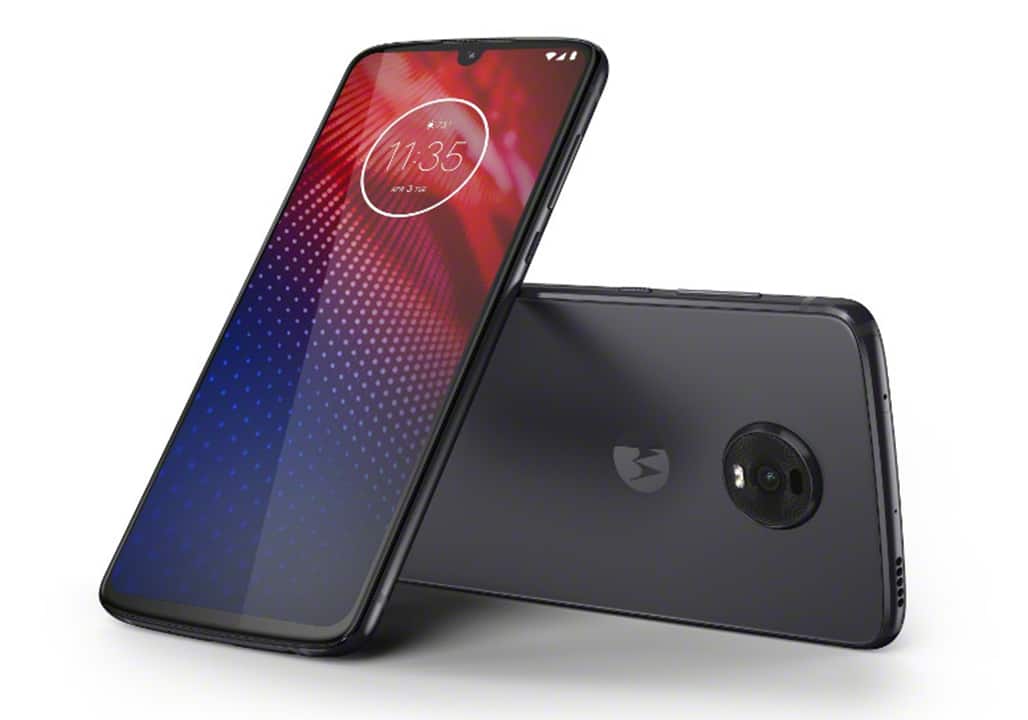 Like with most phones to come out lately, the Moto Z4 has a 48-megapixel pixel main camera with an aperture of f/1.7 and optical image stabilization. It utilizes a Quad Bayer color filter to capture incredibly detailed 12-megapixel shots. It features Night Mode and AI scene detection as well.

A 3600mAh battery cell will keep the Moto Z4 powered on for a whole day, plus it charges pretty quick using the bundled 15W TurboPower charger. Furthermore, there’s no room for bloatware on the Moto Z4 since it runs on a near-stock build of Android Pie with a few Moto apps. 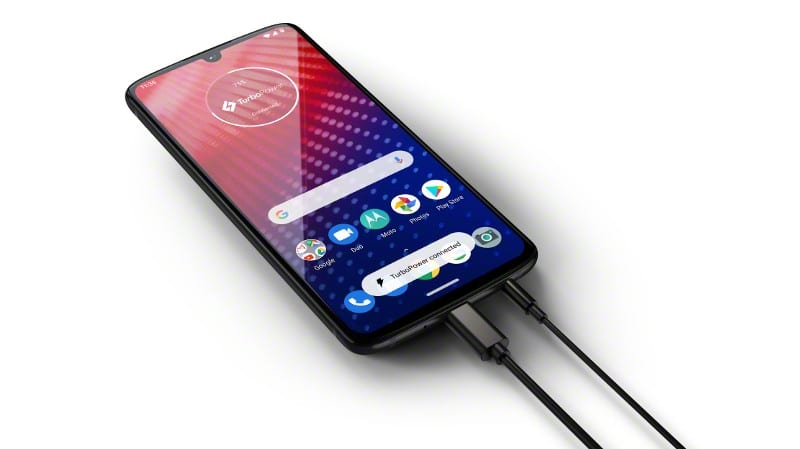 The Moto Z4 does have a headphone jack, which should please Motorola fans. Also, it retains Moto Mods compatibility. It fully supports existing Moto Mods, which is great for those who already have a few. If you wish, you can upgrade the Moto Z4 with 5G connectivity using the US$ 200 5G Moto Mod.

Motorola’s new Moto Z4 will come in Flash Gray and Frost White colors for US$ 499. It’ll be available in the US starting June 6 and it comes with a free 360-degree camera Moto Mod in the box. Verizon will also offer the Moto Z4 starting June 13 bundled with the 5G Moto Mod.

The flagship phone is quite late to the game 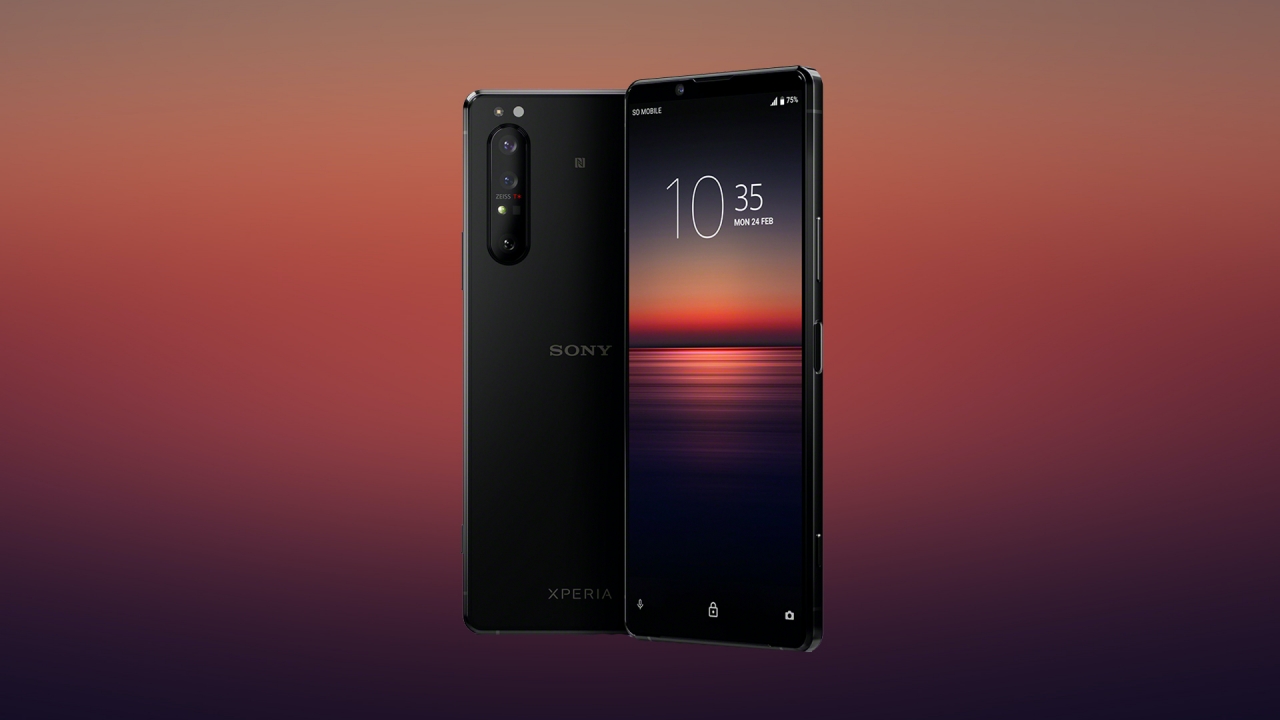 In February, Sony announced its new flagship Xperia 1 II phone which features advanced camera features incorporated from industry-leading Sony Alpha lineup of cameras. The market is currently ruled by Google’s Pixel phones and every other brand has been trying to catch up.

The phone was supposed to be unveiled at MWC 2020, but the tradeshow’s cancellation prompted Sony to opt for an online-only launch. Now, the brand has disclosed its price and availability details. The Xperia 1 II will be up for pre-order from June 1 with a price of US$ 1,200. That’s US$ 200 more than its predecessor’s launch price. In Europe, it’ll go for €1,199.

If you pre-order the phone before June 28, a free pair of Sony WF-1000XM3 true wireless earbuds with active noise cancellation shall be bundled along. Shipments in the US shall start from July 24 via Sony’s authorized retailers and will be compatible with Verizon, AT&T, T-Mobile, Cricket, and MetroPCS networks. Keep in mind, the phone will not have 5G support in the US. 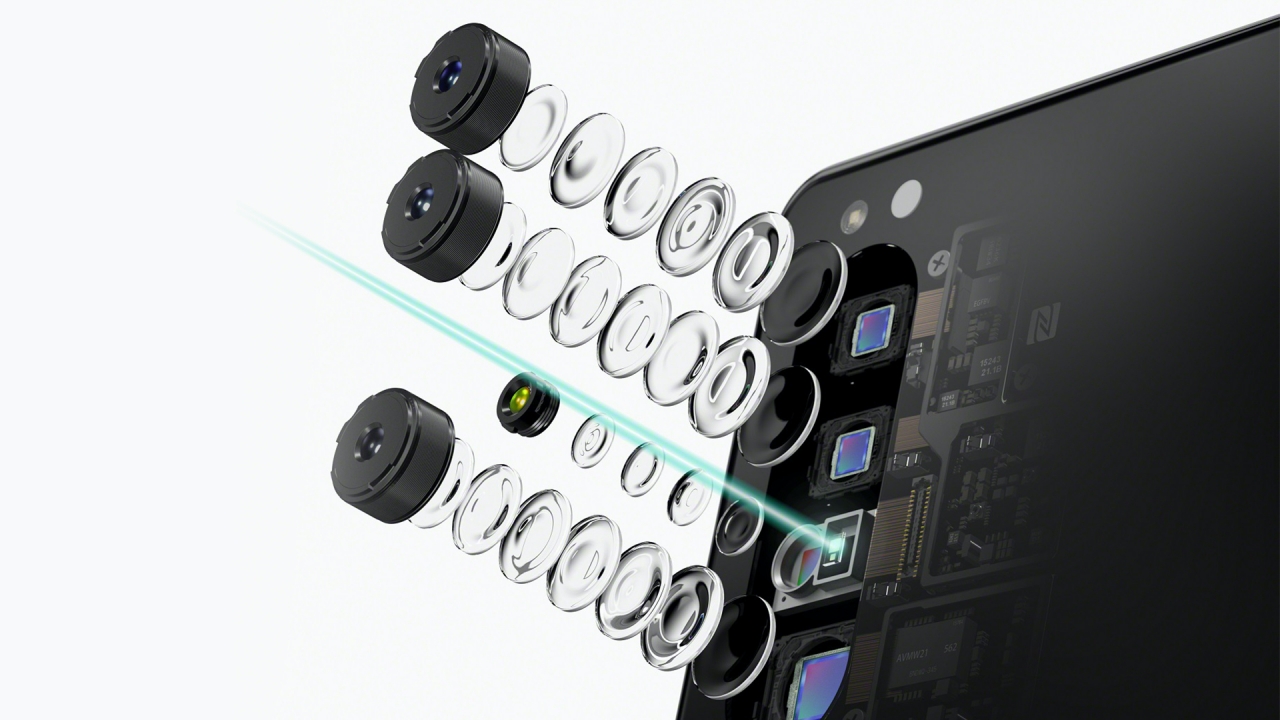 However, it seems Sony is targeting a niche segment of users who care about photography and videography on the go. LG has also followed a similar strategy recently by giving up on appealing the mass audience and carving a new category. For Sony, this isn’t a very difficult task since the brand is known for its audiovisual legacy.

To begin with, the phone has a triple-lens camera incorporating Sony Alpha technology and  ZEISS optics that are specially calibrated with 3D iToF. Best-in-class autofocus technology will let the camera churn out 20 fps burst shooting with 60 times per second AF/AE calculations and real-time Eye AF for humans and animals. For videography, Cinematography Pro can record in multiple frame rates and offer more manual controls for autofocus and white balance. 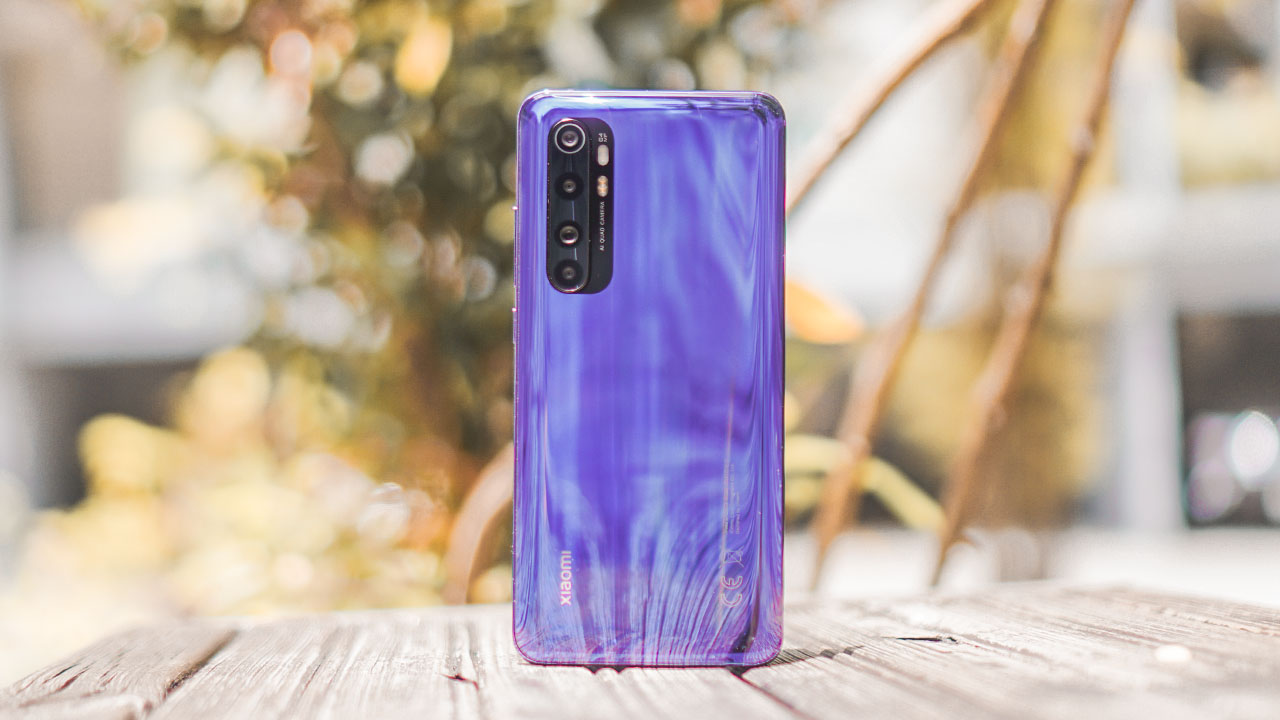 You heard it right! The Lite version of Xiaomi’s Mi Note 10 is coming to the Philippines.

Unlike its bigger sibling, the Mi Note 10 Lite sports a 64MP wide-angle camera. Other than the main Sony IMX686 sensor, it also features an 8MP ultra-wide lens with a 120º field of view, 5MP depth sensor, and a 2MP macro camera. Overall, you’ll get a quad rear-camera setup.

Instead of the usual punch-hole camera cutout, you’ll get a dot drop notch that houses its 16MP AI selfie camera. A special camera feature called “Vlog mode” lets you choose from eight vlog templates. You can then create easy and creative vlog content in minutes with this feature. 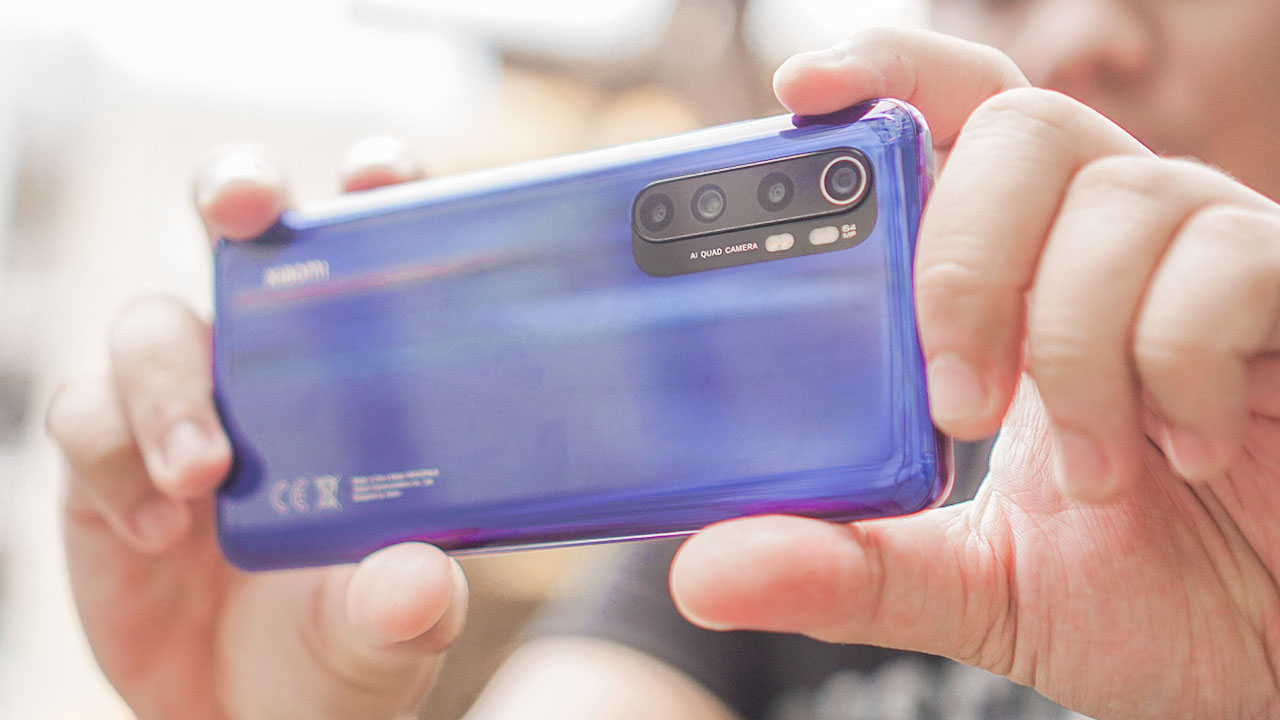 The processor is still the Snapdragon 730G chipset — which also powers the bigger Mi Note 10. You’ll also get a high-capacity 5,260mAh battery that supports 30W fast charging out of the box and promises a full charge in just 64 minutes. Xiaomi says it one single charge can last for up to two days.

With the phone’s design, it’s sandwiched by a Corning Gorilla Glass 5 front and back. It features an epic 3D Curved 6.47-inch Full HD+ AMOLED display for that fullscreen experience. For security, it has an under-display fingerprint reader.

The Xiaomi Mi Note 10 Lite will launch in the Philippines first at Xiaomi’s official Lazada flagship store on June 4, 2020. The 64GB/6GB RAM configuration will retail at PhP 16,990 while the 128GB/8GB RAM variant will be sold at PhP 18,990. The phone will soon roll out at Authorized Mi Stores and offline Xiaomi retailers. It will be available in three stunning colors: Nebula Purple, Glacier White, and Midnight Black.