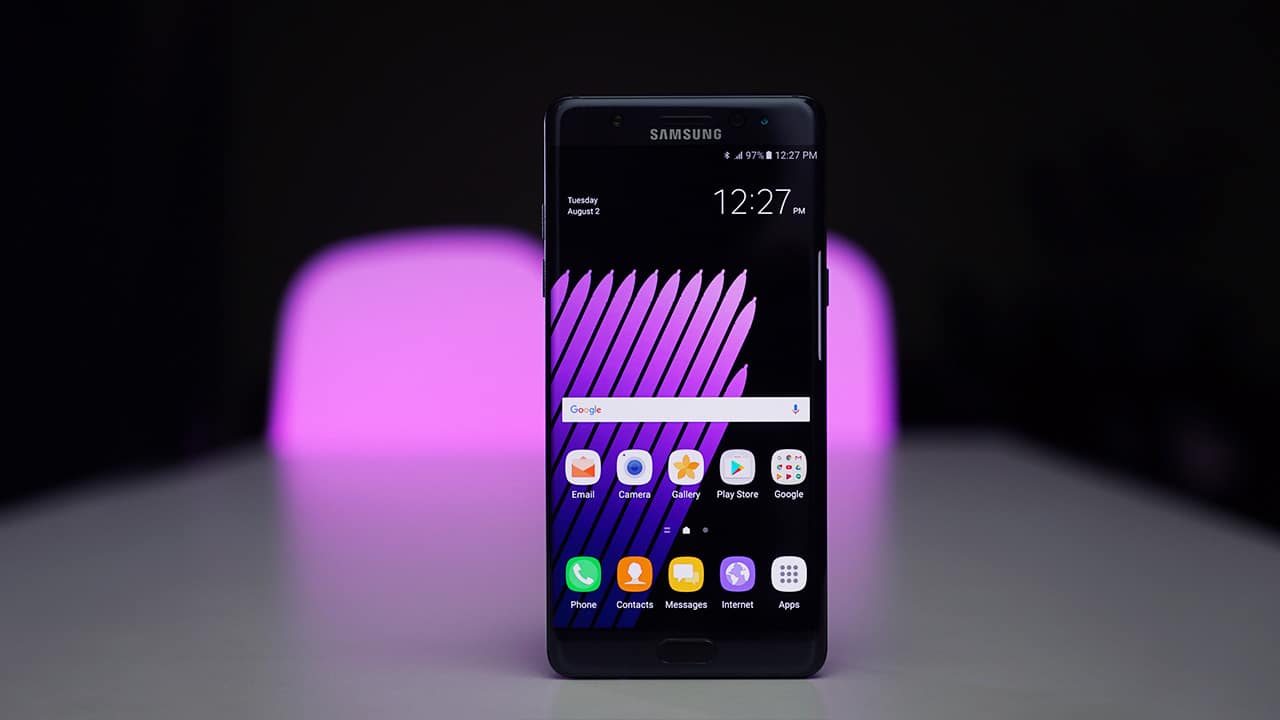 The Galaxy Note 7 has crashed and burned like no other, and Samsung has been calling for its return for months, even coming out with incentive schemes to get people to turn in their phone immediately.

Samsung, most recently, has gone as far as to push out mandatory software updates that will disable the handset for good or render it useless by gimping its hardware. Well and good, right? Well, it turns out, quite a number of people don’t care for any of those measures, as the Galaxy Note 7 remains one of the most used flagship handsets even today, with more active users than the LG V20, the OnePlus 3T, and the U.S.-exclusive HTC Bolt combined.

That’s according to California-based mobile research firm Apteligent, which offers analytics-based market insights to service providers and app developers. Its clientèle includes Netflix, Pokemon Go, Snapchat, and many others.

But back to the topic at hand. In its latest findings, Apteligent claims the Note 7 has higher global usage statistics than that of LG’s latest and most capable handset yet, though Google’s Pixel phones, the Sony Xperia XZ, and the Moto Z all enjoy higher usage numbers among premium phones released in the same timeframe. 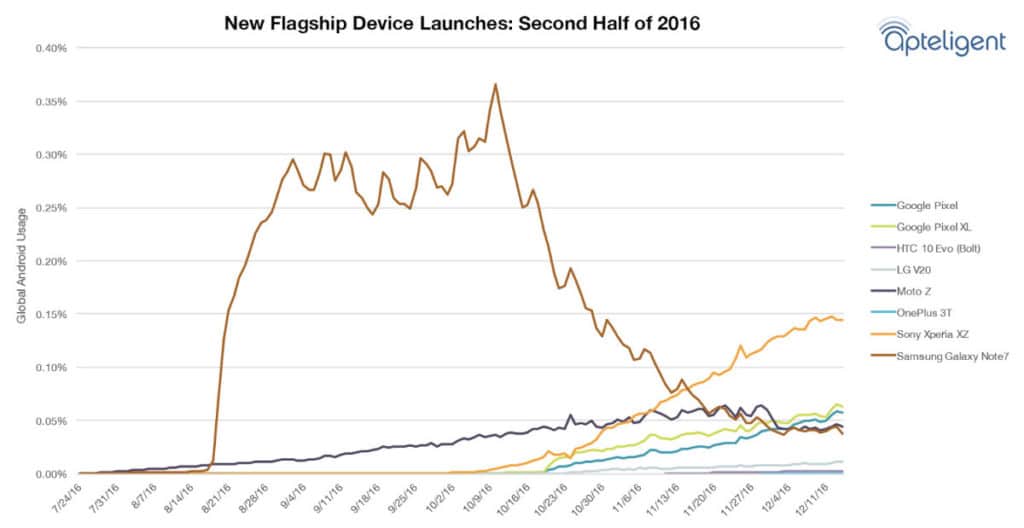 To be fair to the OnePlus 3T and HTC Bolt, these phones have only been on shelves since November. But still, for a recalled and ultimately scrapped device, that is admittedly impressive — or frustrating, depending on who you’re talking to.

We can imagine that both Samsung and LG are frustrated by these statistics, for different reasons. For Samsung, it means more effort is needed to claim and reclaim the remaining Note 7s. As for LG, well, the writing is on the wall. The Korean OEM has a steep hill to climb next year.

No graph is provided for illustrating the usage stats of flagships launched earlier in the year, and the iPhone 7 is a no-show as well. That said, it wouldn’t be a stretch to think the Galaxy S7 and iPhone 7 would rank higher than any of the devices mentioned here.