Snapchat made two major announcements today: One, the company has changed its name to just Snap; secondly, Snap released its first physical product, and it’s a pair of sunglasses with a camera on board. 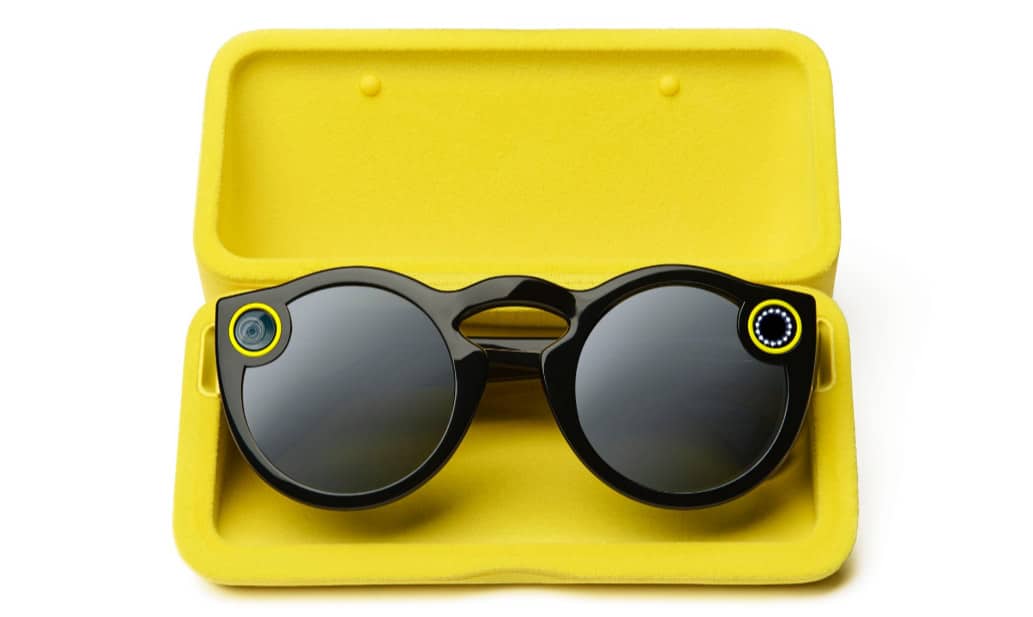 These come as the biggest news since the company began in 2011. The reason for the name change actually makes sense. Now that Snap is branching out to tangible items, the chat branding wouldn’t make sense anymore. The new name has a nice, snappier ring to it, too.

More surprising is the unveiling of Spectacles, which is Snap’s second product, after the original Snapchat app. It looks like a toy, and that’s because the manufacturer itself considers it one. It’s not meant to be a serious pair of shades, so don’t expect to use it outside of its gimmick.

What exactly does it do? You wear it, then use its wide-angle 115-degree camera to take 10-second videos of whatever you’re looking at — all it takes is a press of the button. If you’re worried about being on the receiving end without permission, you’ll be glad to know there’s an LED light to indicate that it’s recording, so no creepshots here.

Like magic, the videos will be wirelessly sent to your smartphone through Wi-Fi or Bluetooth. What’s interesting is that the shots come in a circular format. This sounds a little odd, but when you view the videos on a smartphone, the orientation will adjust depending on how you hold it. Check it out for yourself:

The rest of the specifications and features are currently under development, but what we find really cool is the ability to charge while the Spectacles are in their case. Can your Google Glass do that?

It’s going to cost $130 and come in three colors: black, teal, and coral. Details on worldwide rollout are still hush-hush, but we’re ready to welcome this wearable piece of technology with open arms and eyes.