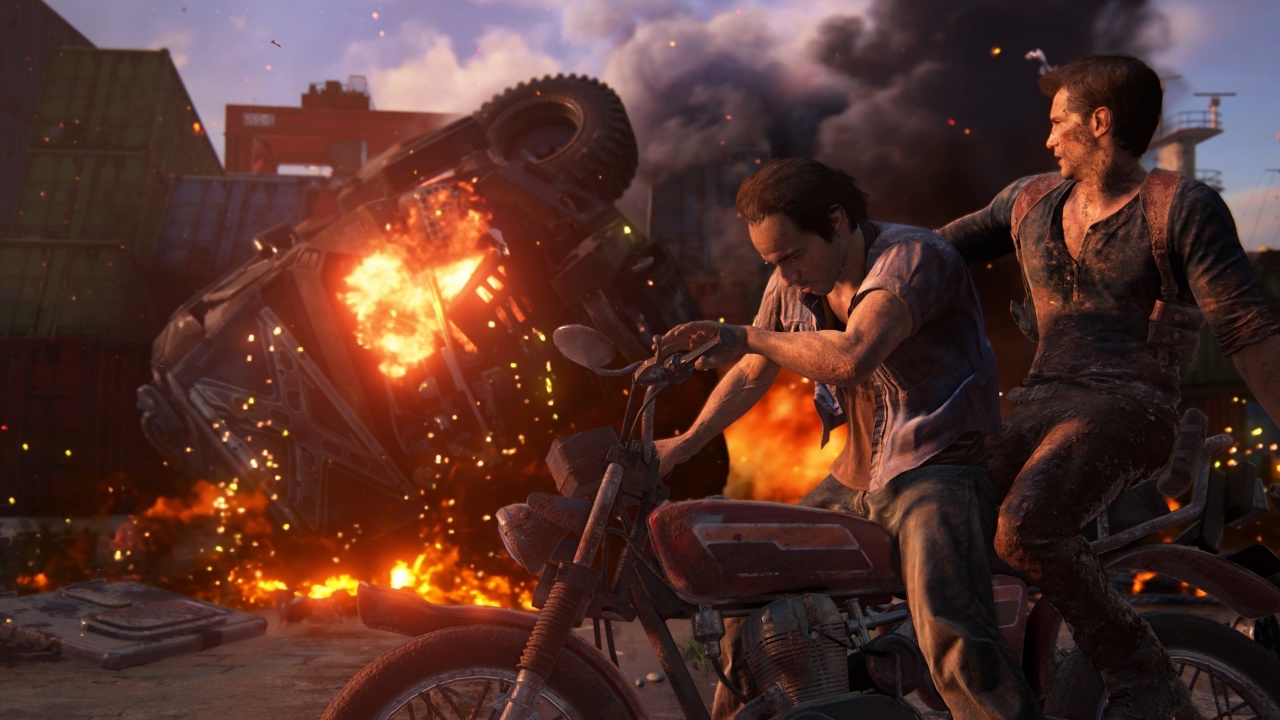 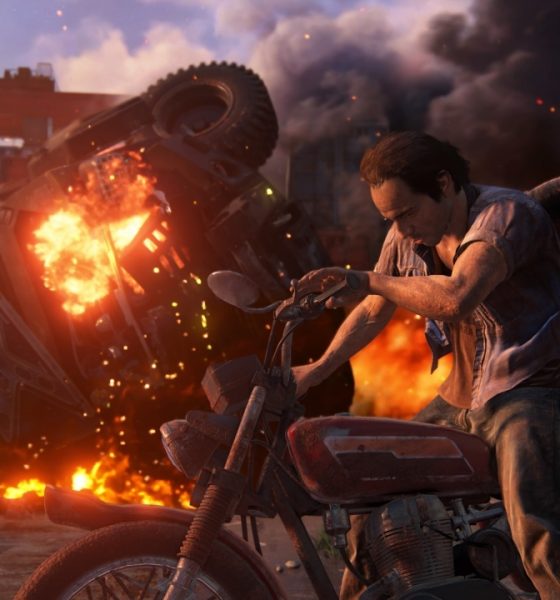 It’s a no-brainer that this remaster’s release was timed to coincide with the film. In fact, in some locations, tickets to the film are part of the promotion. But what exactly does this remaster have to offer and will it make you watch the film? These are what I’ll try to answer here. 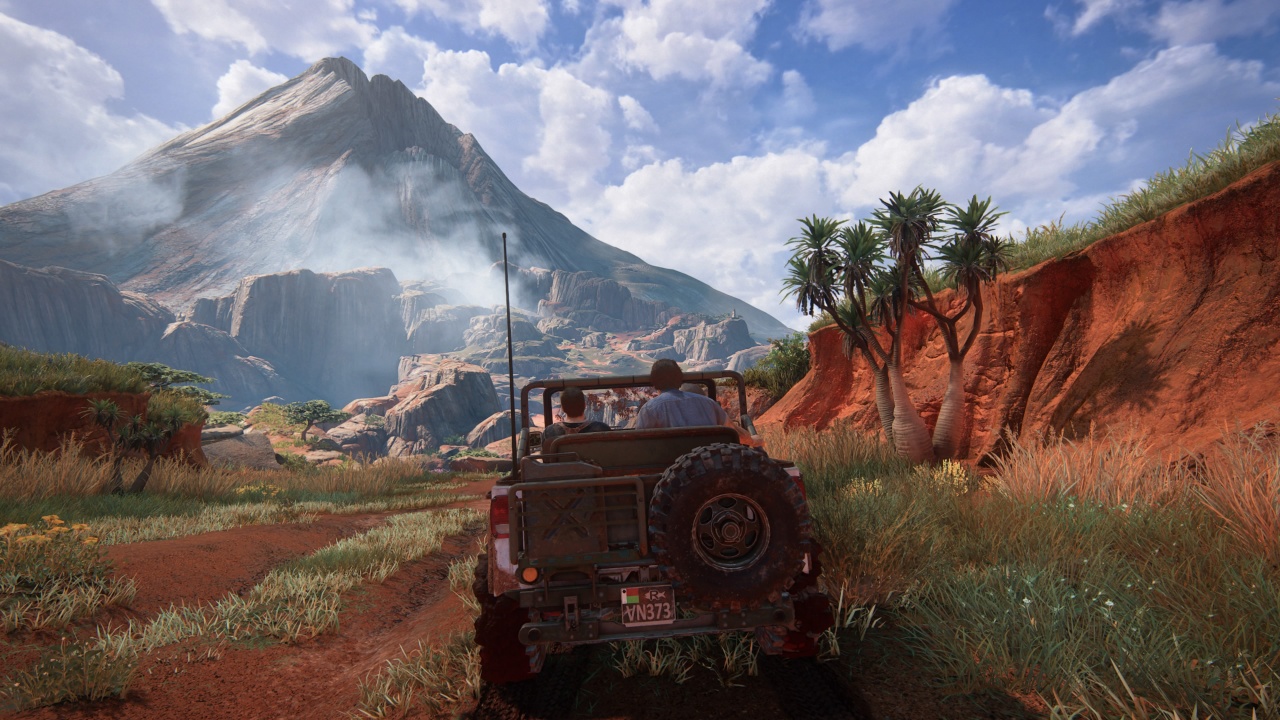 There’s no shortage of breathtaking sceneries like this throughout the game.

Unlike many who played the two games part of this remastered collection, this is my first encounter with the franchise. It’s a shame, but I was dealing with life during the entire PlayStation 3 generation. Can’t really blame me. I digress.

Given that, you can imagine how blown my mind was after going through Uncharted: Legacy of Thieves Collection. It’s the definitive action-movie-that-you-can-play experience, reaffirming my love for the action genre. Naughty Dog did away with staple game elements like skill trees and levelling up in favor of a balls-to-the-walls action adventure, beautiful set pieces, great dialogue, and characters you’ll grow attached with.

I watched a few recaps of the first three Uncharted games to get myself acquainted. And while it wasn’t enough to fill me in entirely on the franchise’s lore, it played its role in making me somewhat familiar with the game.

I’ll keep this whole thing relatively spoiler-free to preserve the experience for those like me who haven’t played the game before. But what exactly is going in these two games? 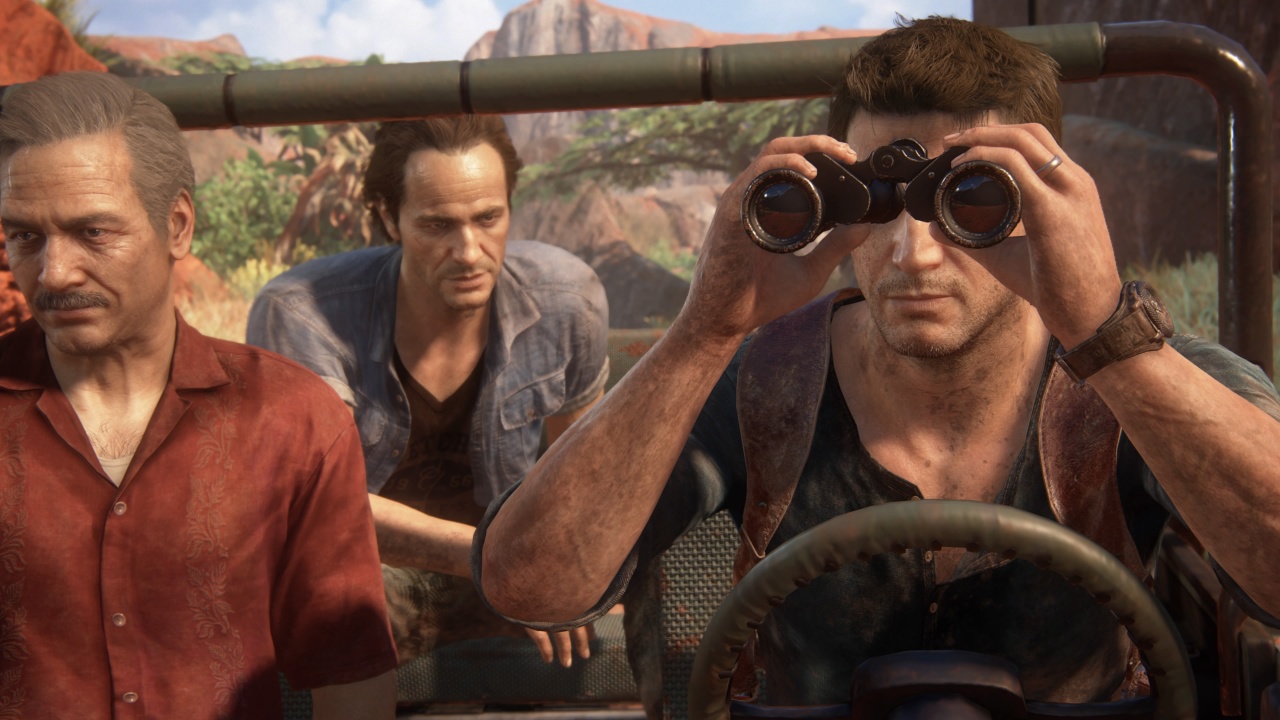 Uncharted: A Thief’s End is the fourth installment of the franchise and neatly wraps up the story of main character Nathan Drake. In this game, he has left his treasure hunting days behind and is living a relatively normal life with his wife Elena Fisher.

However, a certain figure from his past re-enters his life and forces his hand. He joins this person in the hunt for Pirate Henry Avery’s lost treasure. What follows is a dose of high-octane action featuring wall climbing, gun fights, and more. 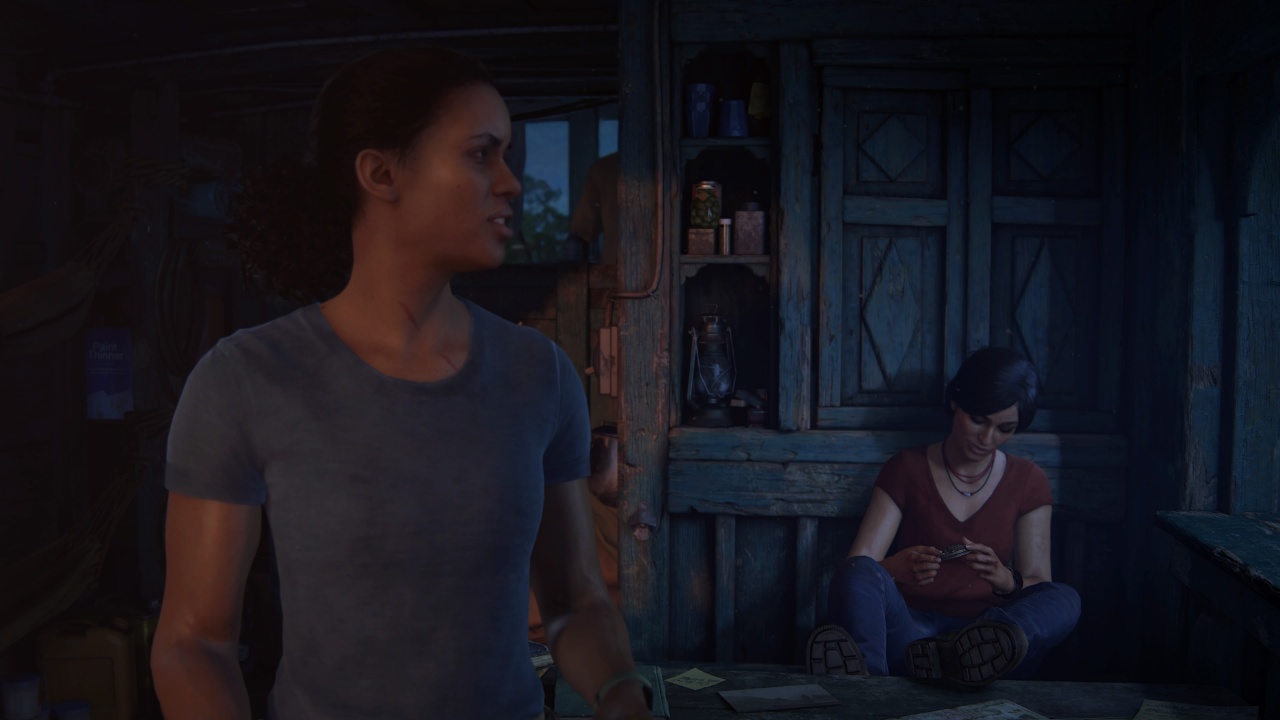 Meanwhile, Uncharted: Lost Legacy focuses on supporting characters from the previous games. You play as Chloe Frazer – treasure hunter and former flame of one Nathan Drake. Here, she’s accompanied by one of A Thief’s End’s antagonists, Nadine Ross.

It’s an unlikely pairing and one that was tense at the start but finds its footing as you go around rainforests in India in search of the Tusk of Ganesh. It plays similarly to A Thief’s End but with new weapons such as a silenced pistol. There’s also a new mechanic that lets you go back into stealth mode if you hide long and well enough after an encounter with the bad guys.

Like many PS4 games remastered for the PS5, Uncharted: Legacy of Thieves Collection adds familiar upgrades we’ve seen implemented in the past year. These are faster (practically non-existent load times), graphical improvements, 3D audio implementation, and taking advantage of the Dual Sense controller. 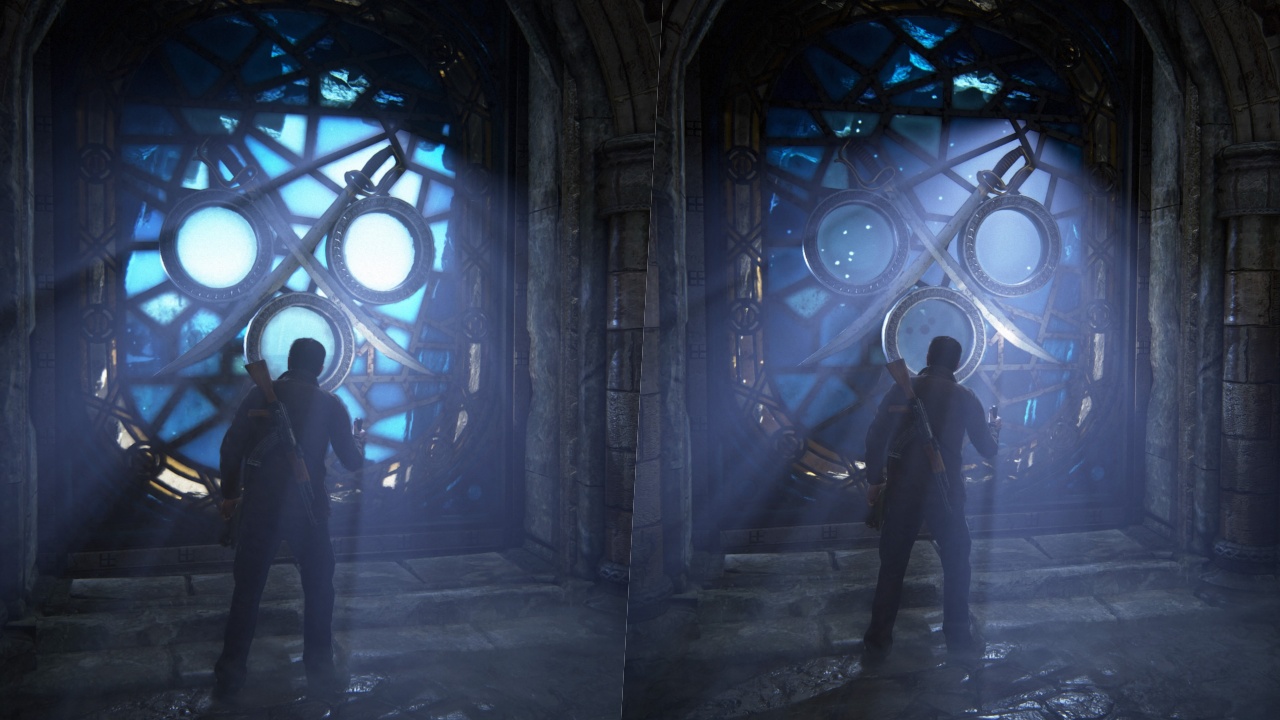 The way the light behaves is an absolute marvel

In terms of graphical improvements, there are three modes you can play in. These are Fidelity, Performance, and Performance+. These breakdown as follows:

Personally, the TV I use doesn’t support 120fps so I primarily played in Performance mode. Initially, I tried Fidelity mode which is what I thought would be best given my experience with Ratchet & Clank: Rift Apart. But the Uncharted games are more action-focused, players will benefit from a smoother frame rate. 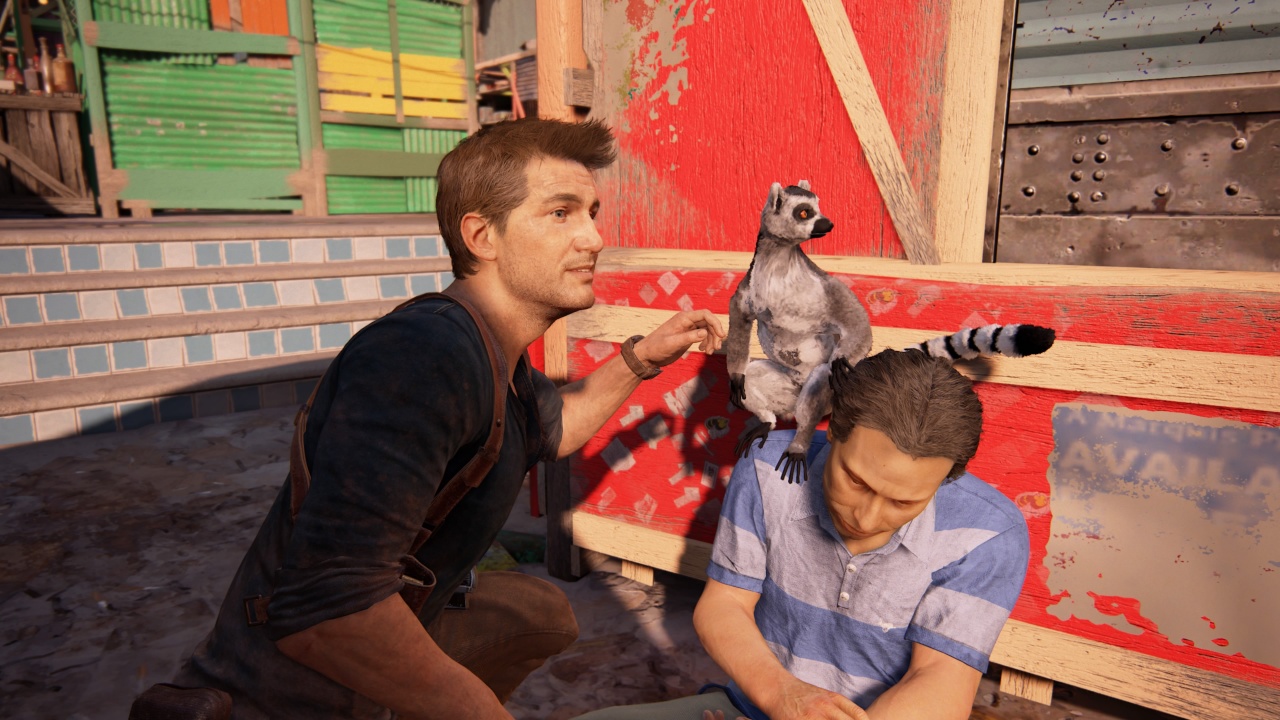 Nearly every scene looks and feels like a cinematic

Fidelity mode certainly gives you that blockbuster motion picture feel especially during cinematics. However, the shift from cinematics to gameplay appears more pronounced which can be a little bit jarring. Additionally, the gameplay action doesn’t feel as dynamic in this mode.

Performance mode, meanwhile, has a more seamless cinematic to gameplay transition. In fact, during the first few hours of the game, I caught myself standing around thinking I was still in a cinematic. The picture looks smoother without losing much in terms of the movie-like experience.The frame rate was consistent throughout with zero lag or jaggedness.

If your TV supports it, it might be worth your while to shift over to Performance+ mode. The high frame rate will certainly aid in the inevitable gun combat sequences. 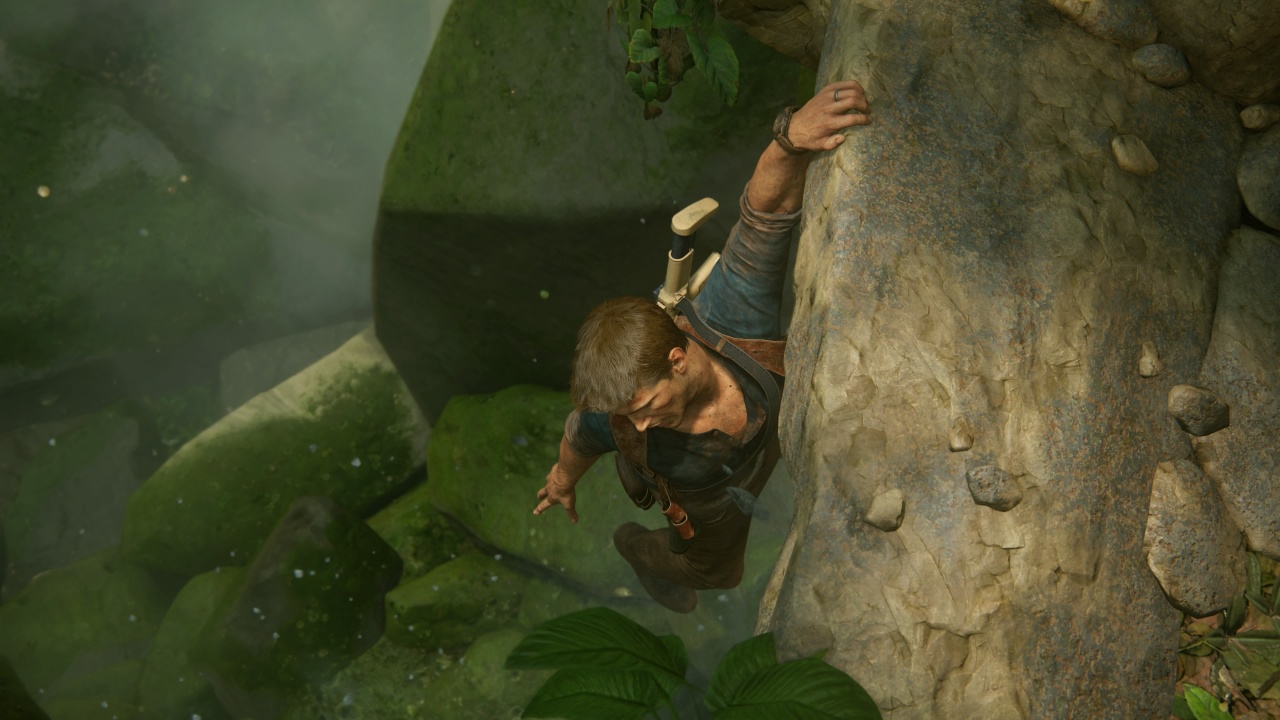 The 3D audio and Dual Sense additions were really pronounced during parts of the game when it was raining. At the time, I was playing at night with the windows closed. I really thought it was raining outside, but it really was just in game. And I wasn’t even playing with headphones on!

While raining, you can feel the Dual Sense control rumble a little bit as if it was being hit with raindrops. The controls also affect the trigger buttons where there’s a heavier, more pronounced feeling when you’re pressing R2 to fire guns. There are plenty of more subtle but definitely noticeable implementations that add to the overall experience. 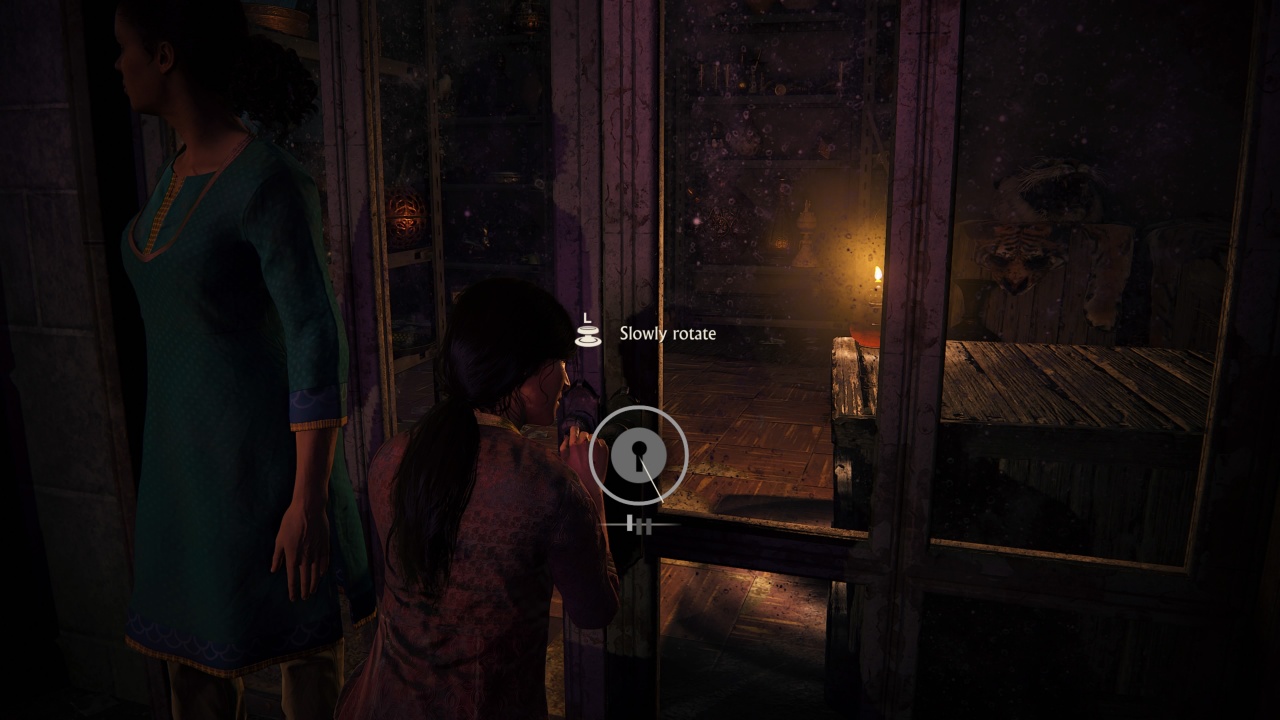 The Dual Sense improvements are also felt during the driving sections of the game. Not only do you feel the terrain as you move around. The trigger buttons also react to whatever surface you’re trying to traverse giving more resistance where appropriate.

Is it worth the upgrade or new purchase? 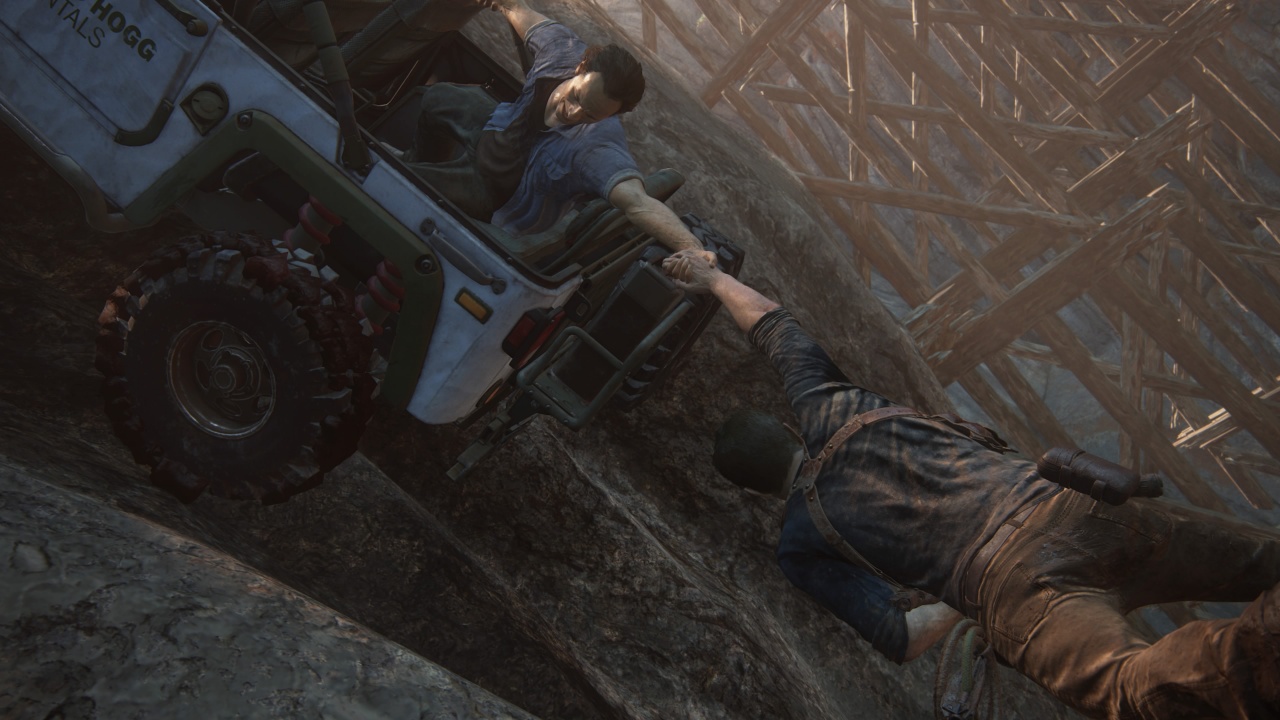 I’ll speak first from my experience. As someone who played the games for the first time on a PS5, it was definitely one hell of a gaming experience. If these are titles you skipped from the previous generation or you just jumped into gaming consoles on the PS5, this is certainly worth every penny.

Playing the included games alone is already a treat. But the PS5 improvements elevates everything by engaging more of your senses as you play.

Local pricing isn’t available yet but it’s already listed for pre-order in the US. It’ll set you back US$ 49.99. The upgrades are a little trickier.

Here’s the detailed information from the PlayStation blog.

In certain territories, purchasing or upgrading gives you a free ticket to watch the Uncharted film starring Tom Holland (Nathan Drake) and Mark Wahlberg (Sullivan). That’s certainly a nice incentive. Asked if the promo will be implemented in Southeast Asia, PlayStation said they are still ironing out details with Sony Films as of the time this was published.

It’s hard for me to make any definitive recommendation on this situation. The US$ 10 may be better spent as an addition to purchase any new games you may be eyeing. But if you have that extra mount, the upgrade doesn’t hurt at all. 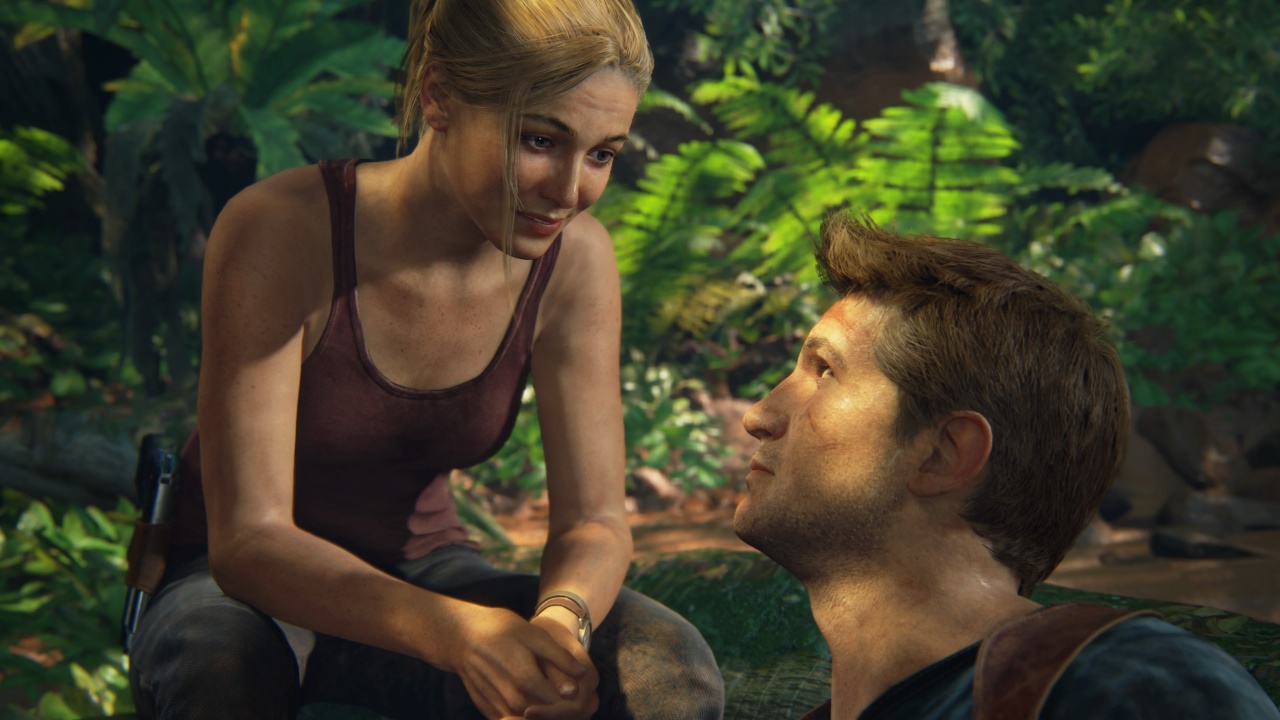 One thing is true, whether you’re jumping in fresh or are looking dive in for another playthrough the games in Uncharted: Legacy of Thieves Collection are certainly worth the time and experience.