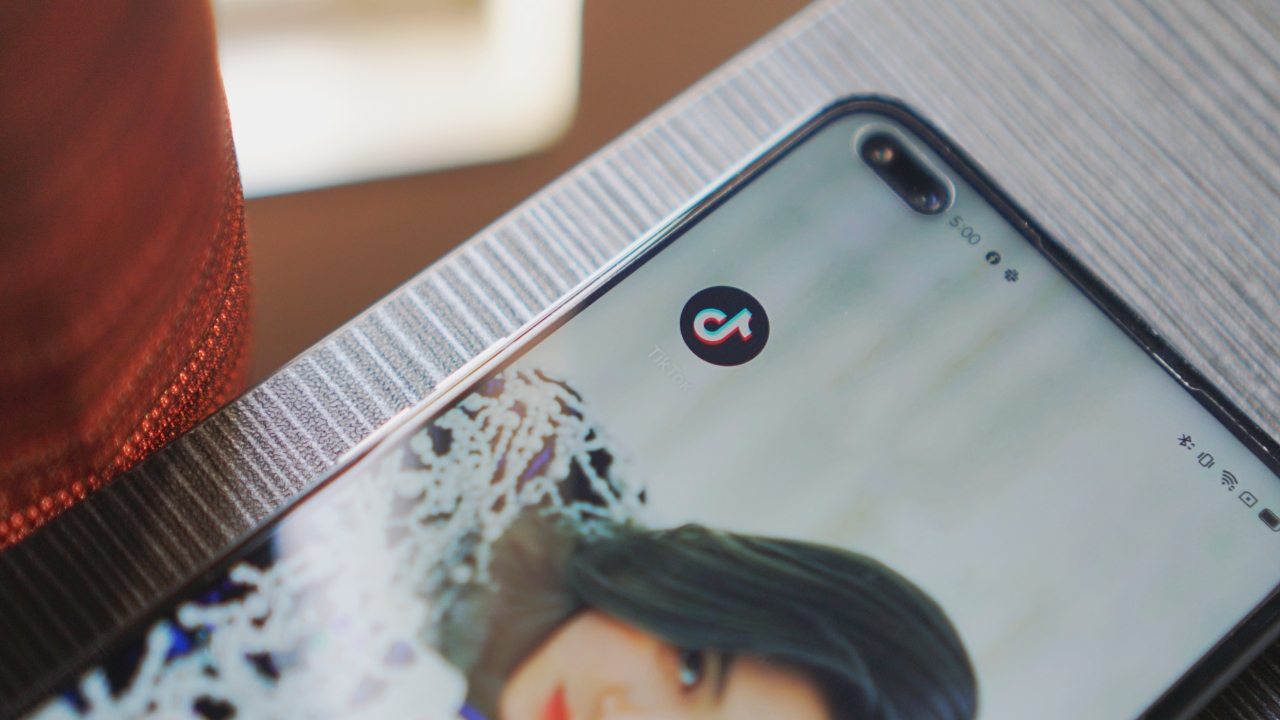 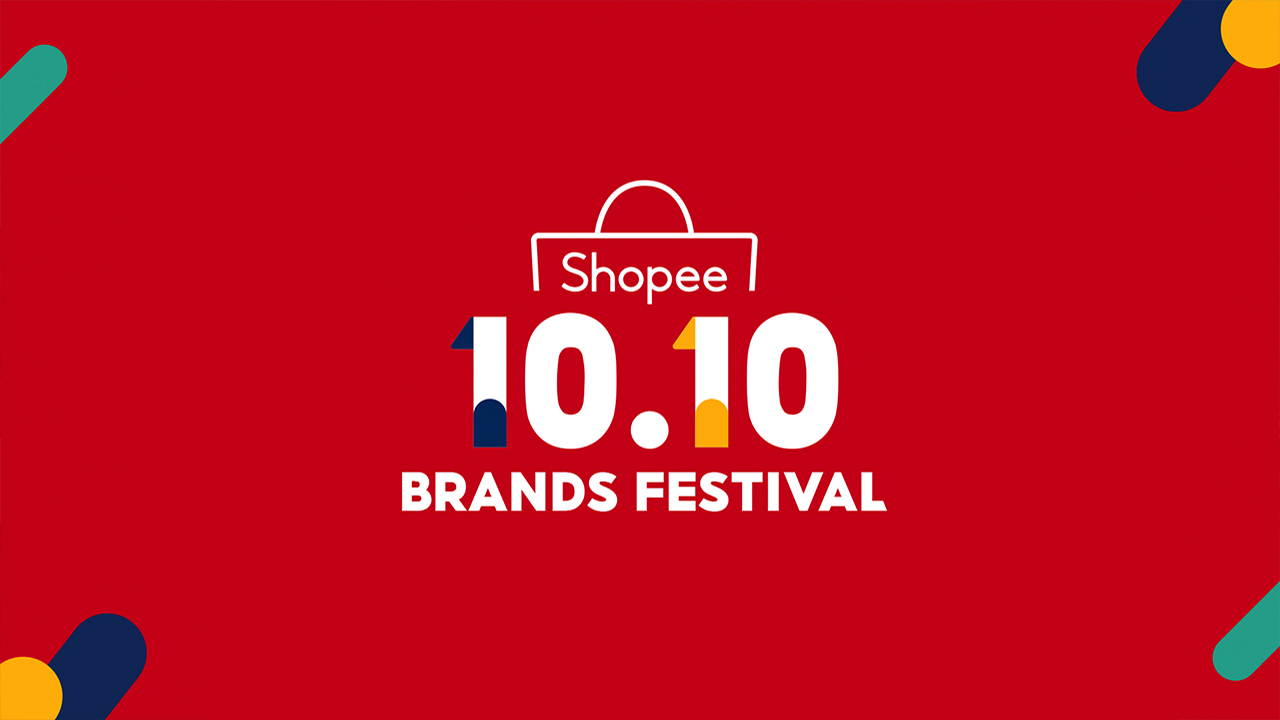 Are your carts ready? Shopee has just kicked off its 10.10 brand festival!

Until October 10, you can enjoy free shipping with no minimum spend, big brand giveaways, and up to PhP 1,000 off brand vouchers at the upcoming brand fest.

If you’re lucky, you can also win PhP 430,000 worth of prizes: Vouchers, bundles, newly launched items, and even a lifetime supply of various products from over 30 participating brands.

Leading the event are popular brands such as Nestle, Deerma, GoMO!, Lactum, Colgate-Palmolive, Shigetsu, P&G Beauty, Garnier, and Belo — which will host Brand Days on Shopee Mall offering discounts up to 80% off, branded items as low as PhP 179, and a free gift with every purchase.

ShopeePay to the rescue

Of course, you can still use ShopeePay to buy load, pay bills, and scan-to-pay. ShopeePay Wallet can be topped up through online banking, debit card, and over-the-counter partners.

Doing so can get you up the ff:

“Shopee Philippines is happy to welcome one of the country’s top entertainers into the Shopee family, Kim Chiu. Kim’s bubbly, charming personality and love for online shopping both resonate with millions of Filipinos who find joy and excitement in Shopee. This 10.10 Brands Festival, we hope to bring the best brand deals and so much more with our valued and trusted brand partners,” said Martin Yu, Director at Shopee Philippines. 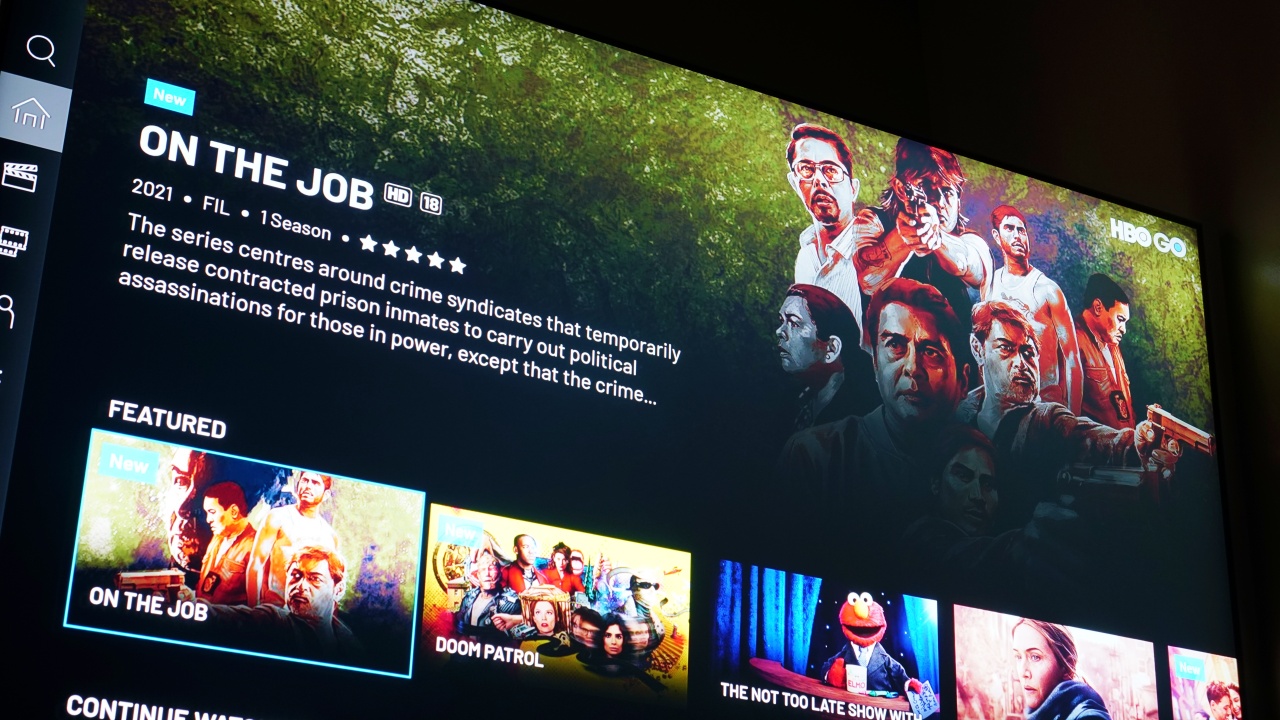 HBO Go is an often overlooked streaming app. However, there’s more than a handful of gems here that are worthy of being included in your to watch list. Here are my personal recommendations.

The pandemic hasn’t been kind to the cinema-going crowd in the Philippines. Movie theaters remain closed thanks largely to the government’s lackluster pandemic response. But that’s a topic for another day. Due to this, we’ve missed going to the movies and seeing blockbusters like Godzilla vs Kong. Thankfully, HBO Go is here to the rescue.

This kaiju showdown is one of many huge films we missed seeing in cinemas. But now, it’s available on HBO Go along with other movies released in 2021 like Space Jam: A New Legacy.

On The Job: The Missing 8

Speaking of the atrocities that go on behind the scenes of the politics in the Philippines, the long-awaited follow-up to 2013’s On The Job will also stream on HBO Go. The movie will stream as a six-episode series on HBO Go. The first three episodes will show the events of the 2013 film and the last three episodes will follow the events of The Missing 8.

The story is set in a Philippines that’s leading up to a presidential election. It’s a timely watch for Filipinos that can hopefully be eye-opening for registered voters.

This 2012 series depicts a fictional, dramatized version of a broadcast team. It follows an ensemble of cast members featuring everyone from the newscaster to other newsroom staffers.

While it is indeed, dramatized, it’s still a pretty good look at what a sector of “the media” goes through. It’s a recommended watch for people who wish to be a little demystified about media work. It shows some of the unglamorous side of news, the battle with executives for views/clicks, and the consequences of bungling a major news story.

For people like myself who have previous experience of working in different types of newsrooms, be ready to get war flashbacks if you decide to binge-watch this series.

Superman and Lois is likely the best live action adaptation we’ve had of the Big Blue Boy Scout. Instead of a brooding god-like figure trying to figure out how to coexist with humanity, the Superman in this series is more akin to his comic origin — an earnest, clumsy farm boy who uses his abilities to save people.

To ground Supes a little bit, the story features Clark balancing his duties as Superman and as a husband and father. The married couple dynamic between Lois and Clark is refreshing. Just as refreshing is the brotherly chemistry between their twins Jon and Jordan Kent. It’s a thoughtful take on Superman and one that everyone should see.

Yes, the cool-looking one. Unceremoniously replaced by Teen Titans: Go (which is also available on HBO Go), this early 2000s series is a show I used to watch religiously as a… much younger person. It’s the first animated series in the 2000s to heavily feature sidekicks and tells various stories of friendship and teamwork.

While we’re at it, the HBO Go app is a treasure trove of DC animated series and movies. Classics like Batman: Mask of the Phantasm, Flashpoint Paradox, and many more are available to wash-off the aftertaste of the DCEU. 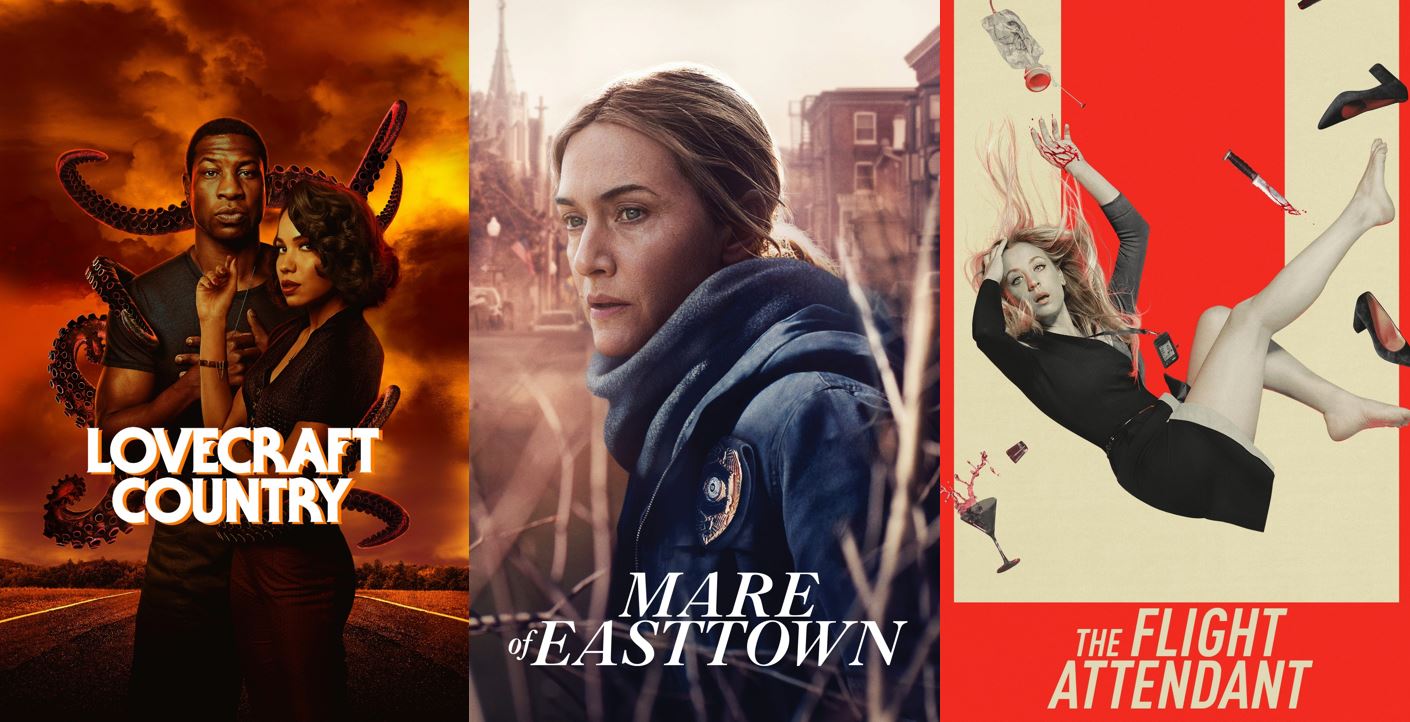 For some really quality shows, available on HBO Go are all of the Emmy Nominated shows. These include Lovecraft Country, Mare of Easttown, and The Flight Attendant, and more.

Watch on a big screen

These are all best experienced on a bigger screen. However, not just any big screen will do. It has to be the Samsung Neo QLED. We have an entire feature detailing why it’s an awesome TV. But that’s not all. If you purchase any participating Samsung TV product, you also get six (6) months worth of subscription to HBO Go.

You’ll have no shortage of fantastic shows and movies to watch with this HBO Go and Samsung TV combo. This offer is available until November 31, 2021. 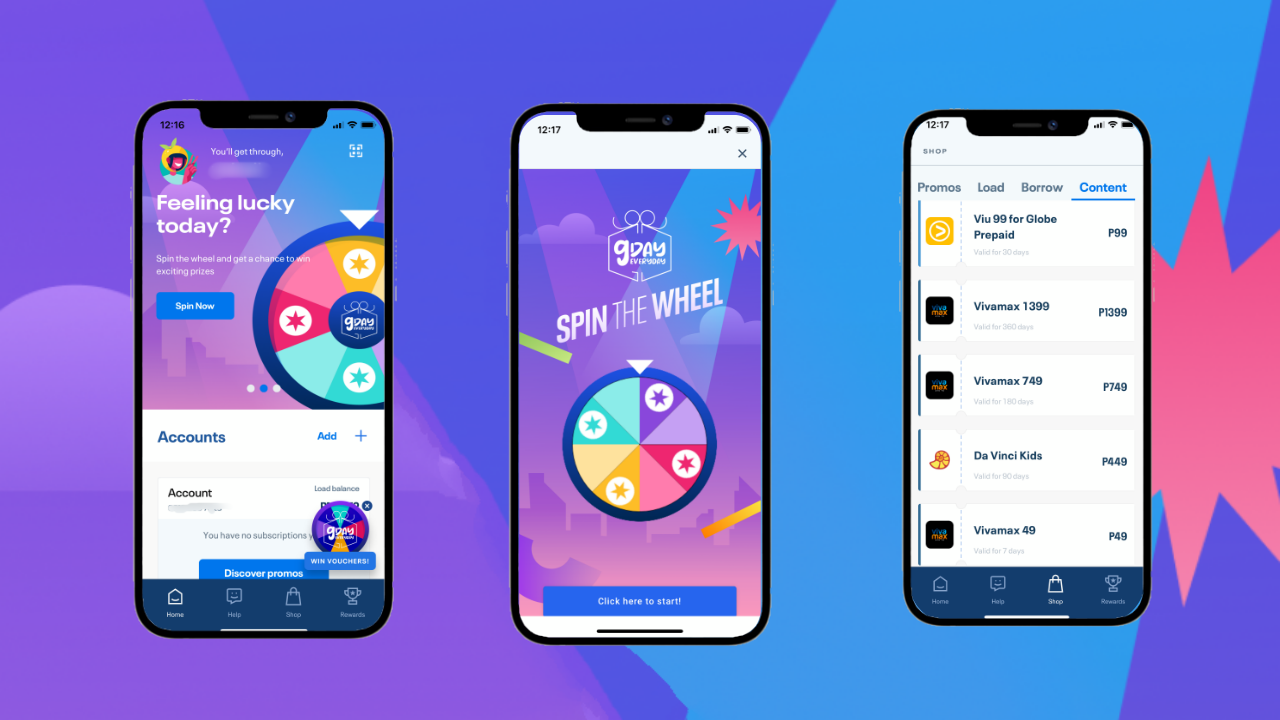 Globe recently celebrated National G Day or 917 day. To streamline things for its 85-million strong userbase, the company released the new GlobeOne app — a one stop shop for everything you need with Globe.

From the new GlobeOne app, you can subscribe to various Go+ Promos, buy load, borrow data, and apply for subscription to various apps like Spotify, Viu, and iQiyi.

Also making a return is the previously announced and momentarily suspended feature of converting excess data into rewards points. For example, if you subscribed to Go50 which gives you 5GB for three (3) days but still have 3GB left right before it expires, you can convert that 3GB to three (3) Rewards points.

On the app, you’ll also get notices on Globe’s various ongoing promos.

Globe also recently held a G Music Fest featuring Honne plus other local artists. They also had a G Super Sale back in September 15-19. It’s a partnership with Lazada whose proceeds went to community-uplifting beneficiaries.

The donation doesn’t stop there. Instead of converting to points, you may also convert excess data into donations for the aforementioned beneficiaries.