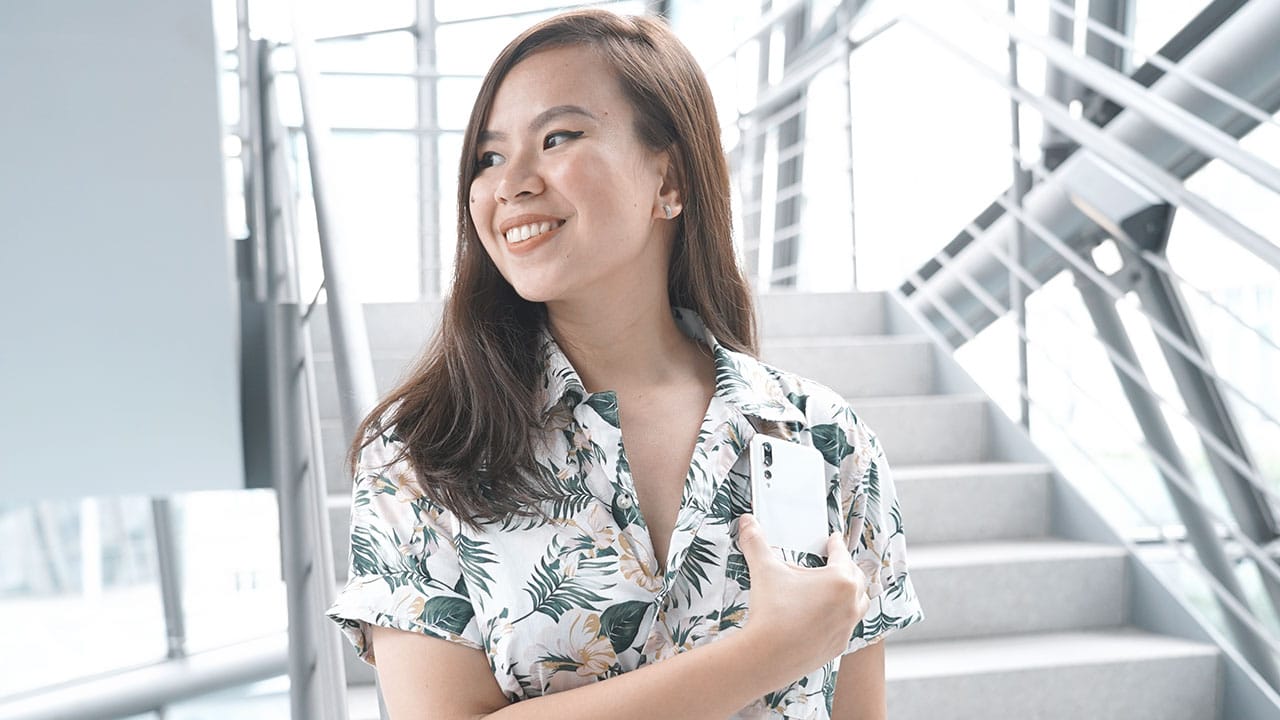 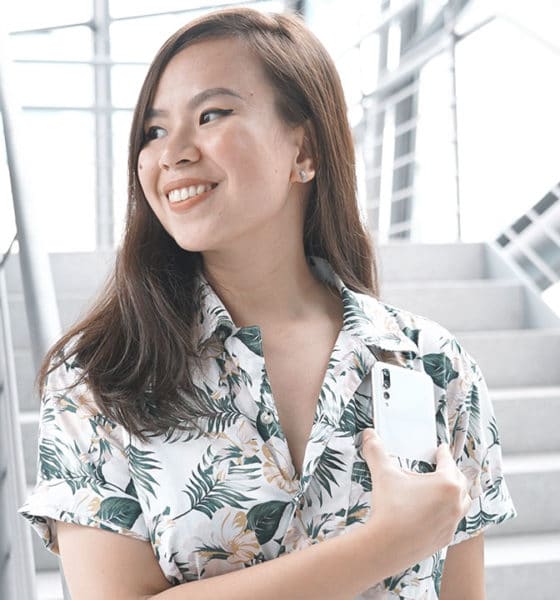 Making the case for white smartphones

White over gradient, any day

Trends come and go. Apart from notches and tall displays, 2018 saw playful colors and gradients make a big splash in the world of smartphones. I appreciate and celebrate this trend not only because as a producer I want our videos to look different each time, but also because it’s consumers who really benefit the most from having more options.

We’re seeing so many bold colors and gradients on phones this year because the line between technology and fashion is as blurry as ever. Smartphones in particular are no longer just handy computing devices; they’ve slowly become a status symbol and a fashion statement.

While I always wish phones came in more colors and never hide my excitement every time a new phone is released in my favorite shade of blue, I found myself drooling over those that come in white more. Even if flashy gradients are all the rage these days, here’s why I’d rather buy a white smartphone in 2018.

Mixing and matching is not a problem 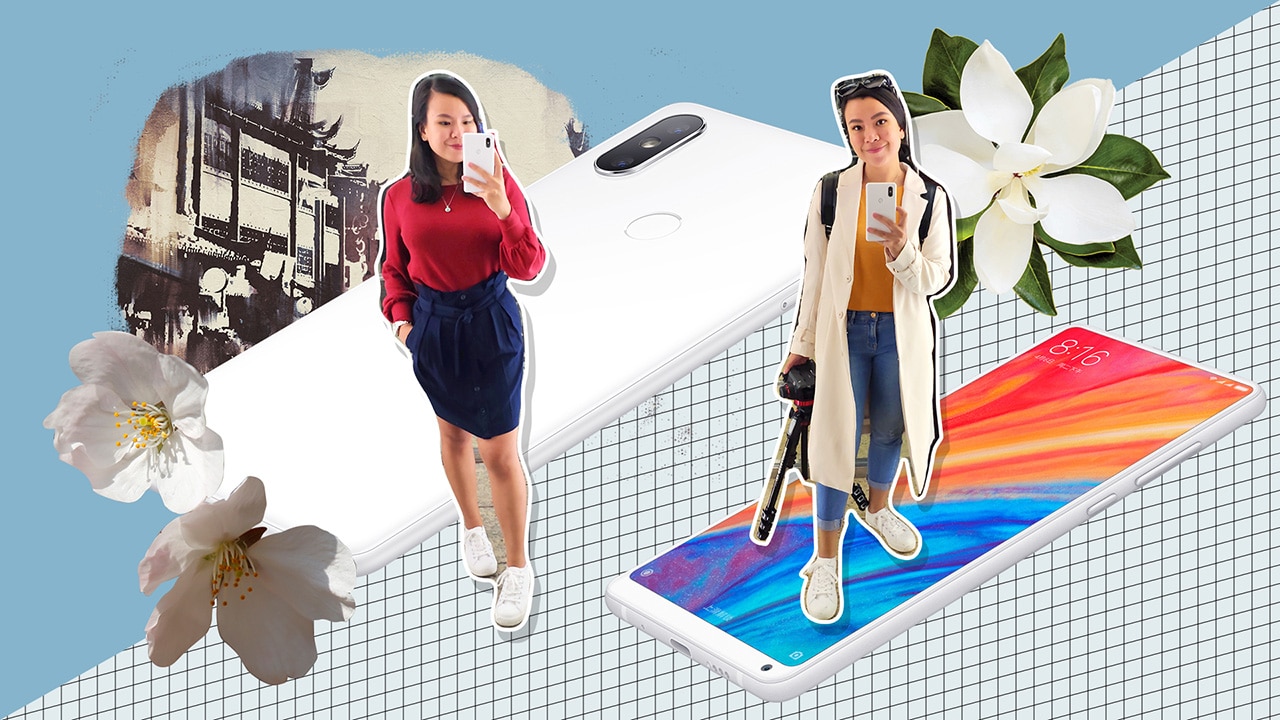 Having a colored phone doesn’t stop anyone from buying cases that may or may not match them, but do know that color blocking takes a whole different level of sartorial power. Using a clear plastic case to show off that beautiful back isn’t exactly making a statement either, lest you should look kitschy.

In the case of white phones (no pun intended), it’s easier to find one in whatever color and material you might like. Whether you’re feeling bold, feminine, or effortless, you’re sure to find a whole range of options that won’t clash with both your device and your look.

It’s not a fingerprint magnet 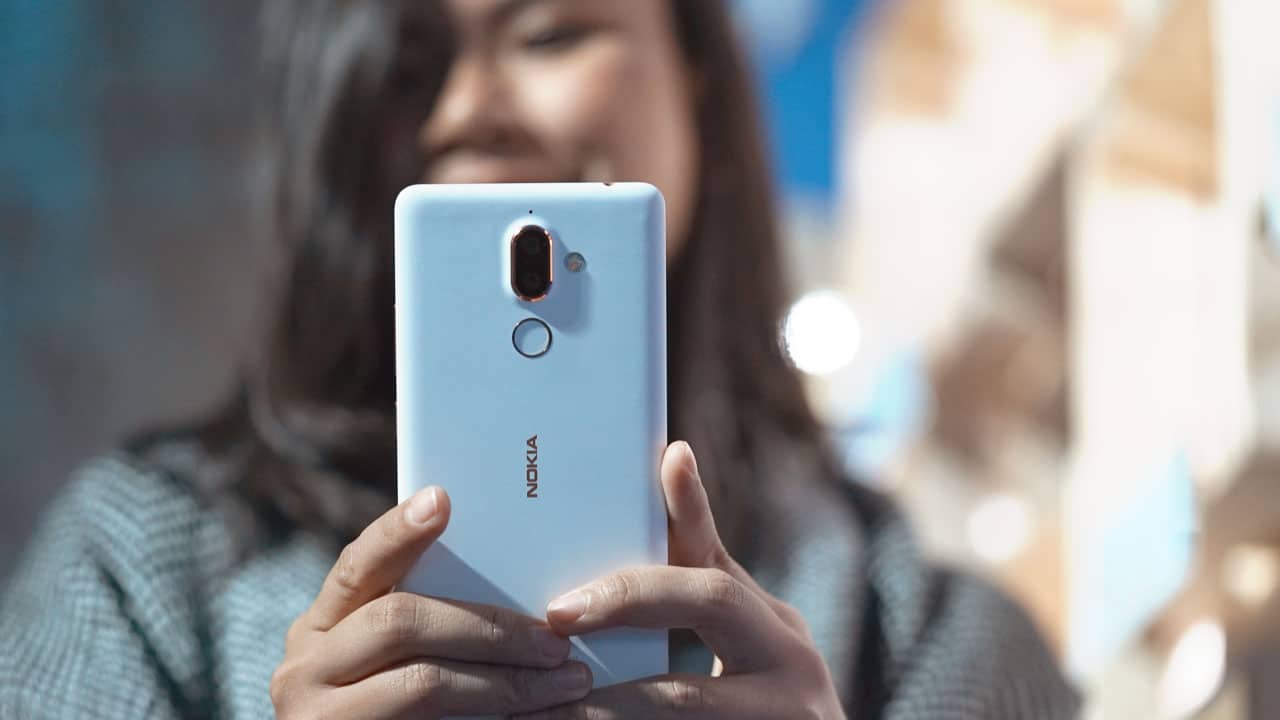 Unlike clothes, shoes, or bags wherein white almost always attracts stains, smudges aren’t as visible on white phones, a pain point of a lot of gadgets these days, glossy or matte. Use it without a case and a white phone will look just as pristine as it did on day one — unless you drop it. 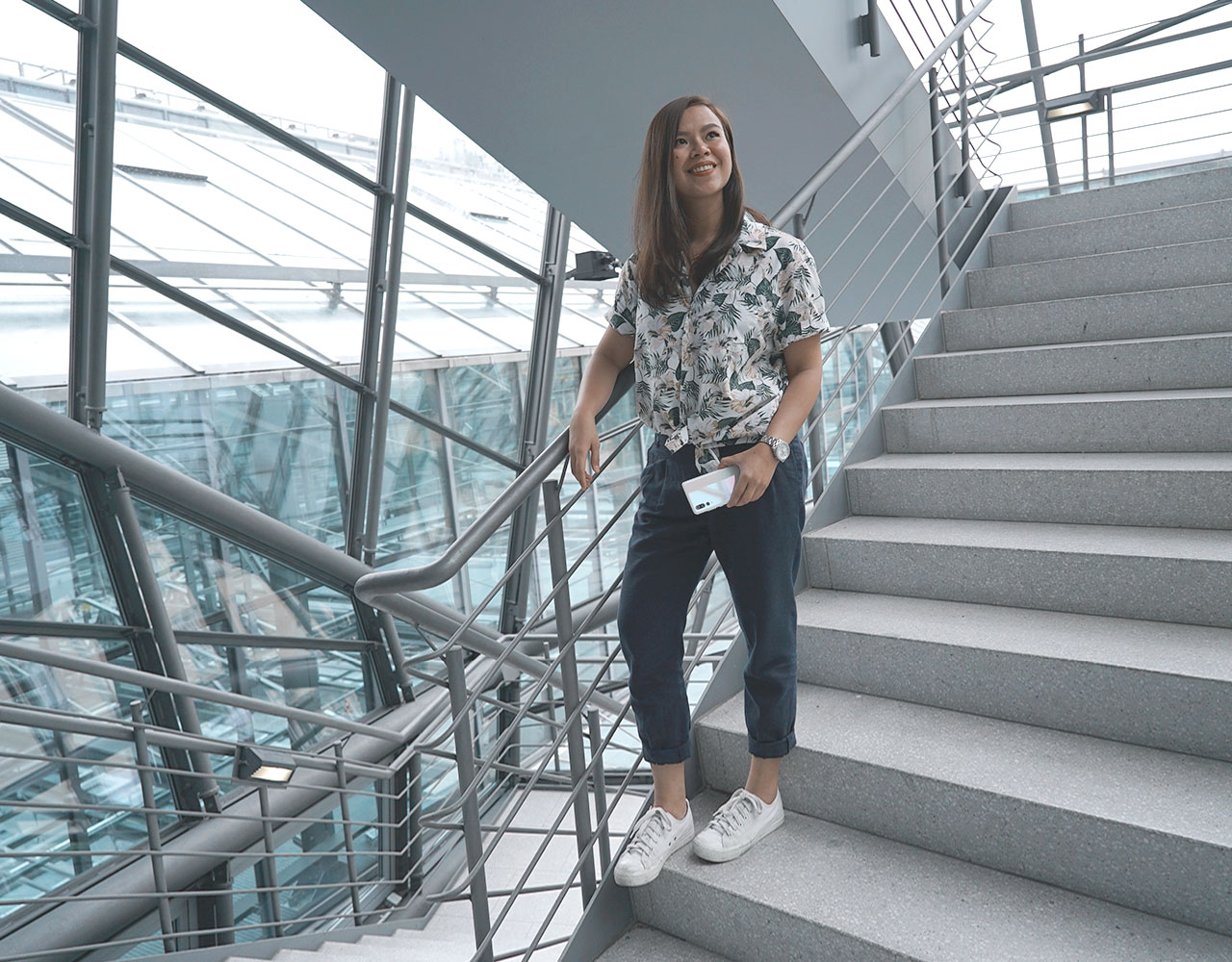 A white, pearlescent Huawei P20 Pro was recently announced in Berlin, some six months after the phone launched

If fashion shows are any indication, whether it’s several brands’ 2019 spring/summer collection or autumn/winter looks from five years ago, white will always be on trend.

Gadgets are an investment, and like a lot of classic pieces in your wardrobe, they should last a few years without going out of style. If you’re spending so much on a smartphone, wouldn’t you want to buy something you’d want to use for a really long time, instead of a color that was cool for just one season?

For some people, that classic shade is black, but in so many ways it’s become a generic choice in my eyes. I also associate black more with either hardcore tech or the cheap-looking devices of the past, instead of modernity and panache. 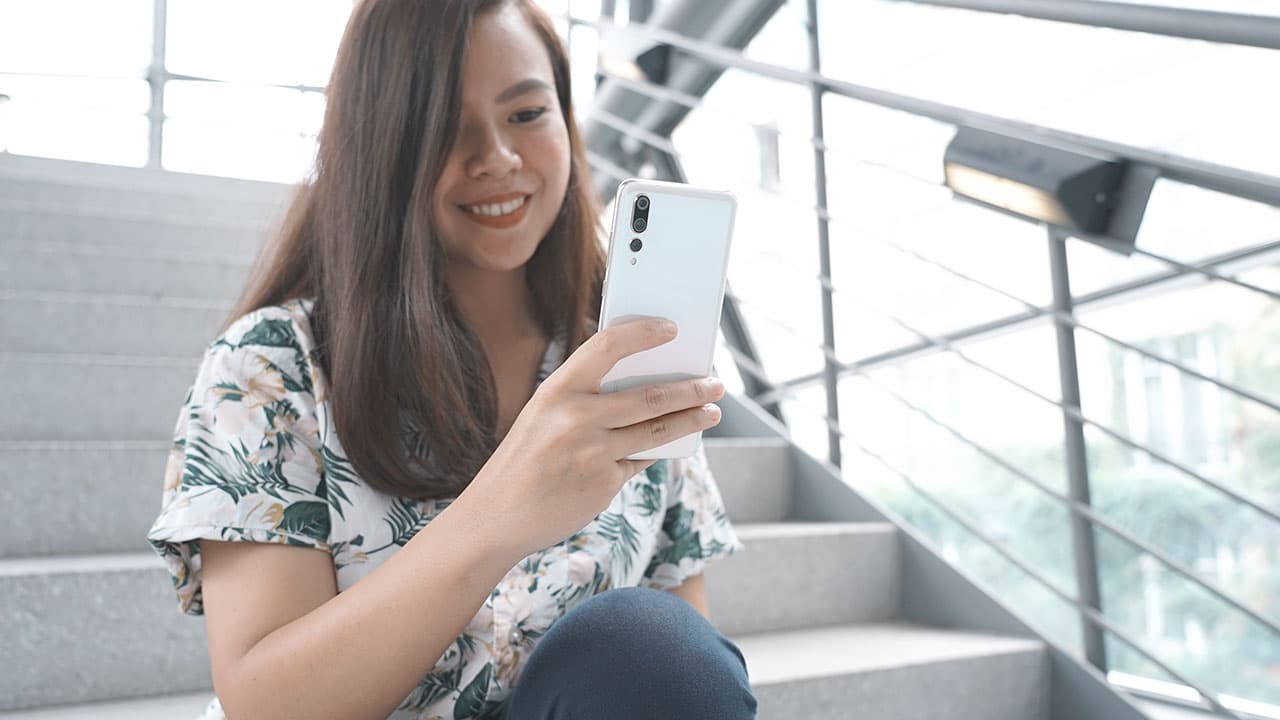 In an industry that puts a premium on standing out and being different, there’s value in carrying a device that doesn’t scream for attention all the time. Take it from the Duchess of Cambridge herself, a fashion icon, trendsetter, and outfit repeater: toning it down is a virtue.

Picking white over colored phones is safe, but like all-white outfits, it’s a choice that also represents confidence, simplicity, and elegance all at the same time. 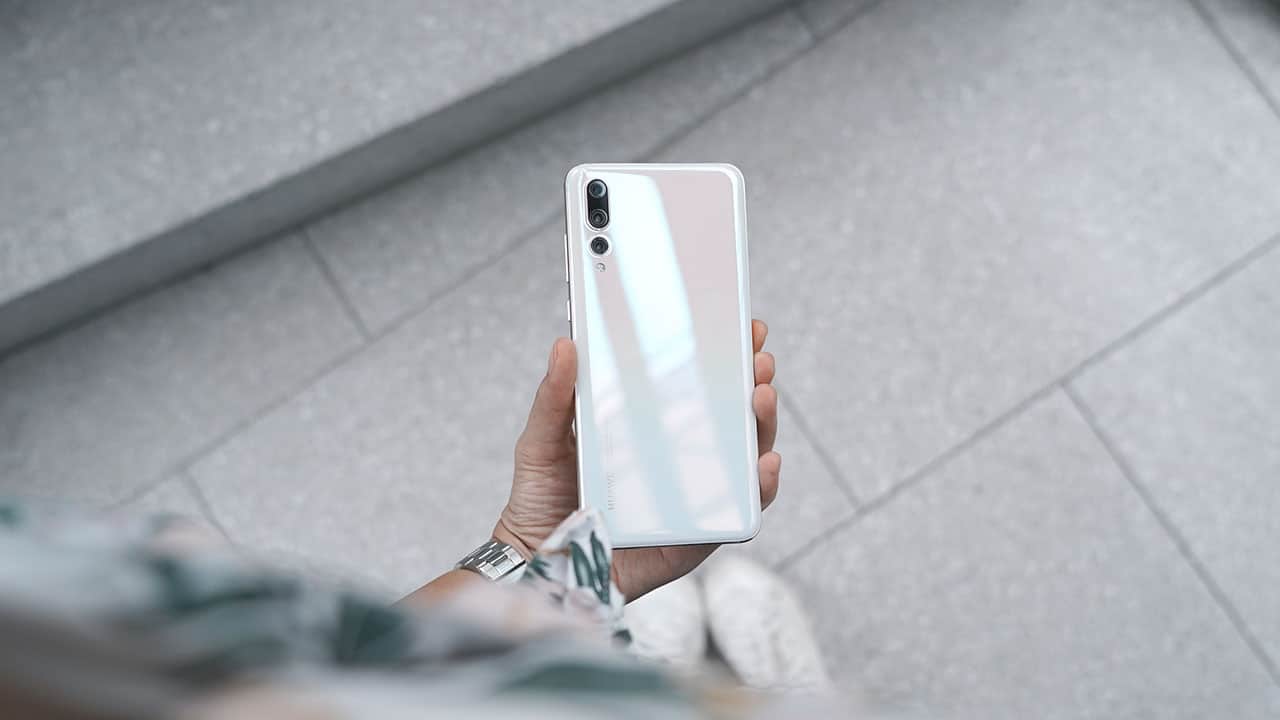 Some may argue that white is too plain, that bold colors are the future, or that once you go black you’ll never go back. What I know is this: White doesn’t have to be boring; there are so many subtle ways to make it look different without being over-the-top. It’s flexible and chic; you can dress it up or dress it down as you please.

At the end of the day, one color isn’t really better than the other as it ultimately boils down to preference, and options are important in finding one’s ultimate GadgetMatch. But if standing out is what you feel will get you far in life, ask yourself if you’d really rather let a phone steal the spotlight away from the one that truly matters — YOU.

Turn your smart home into a green and sustainable space 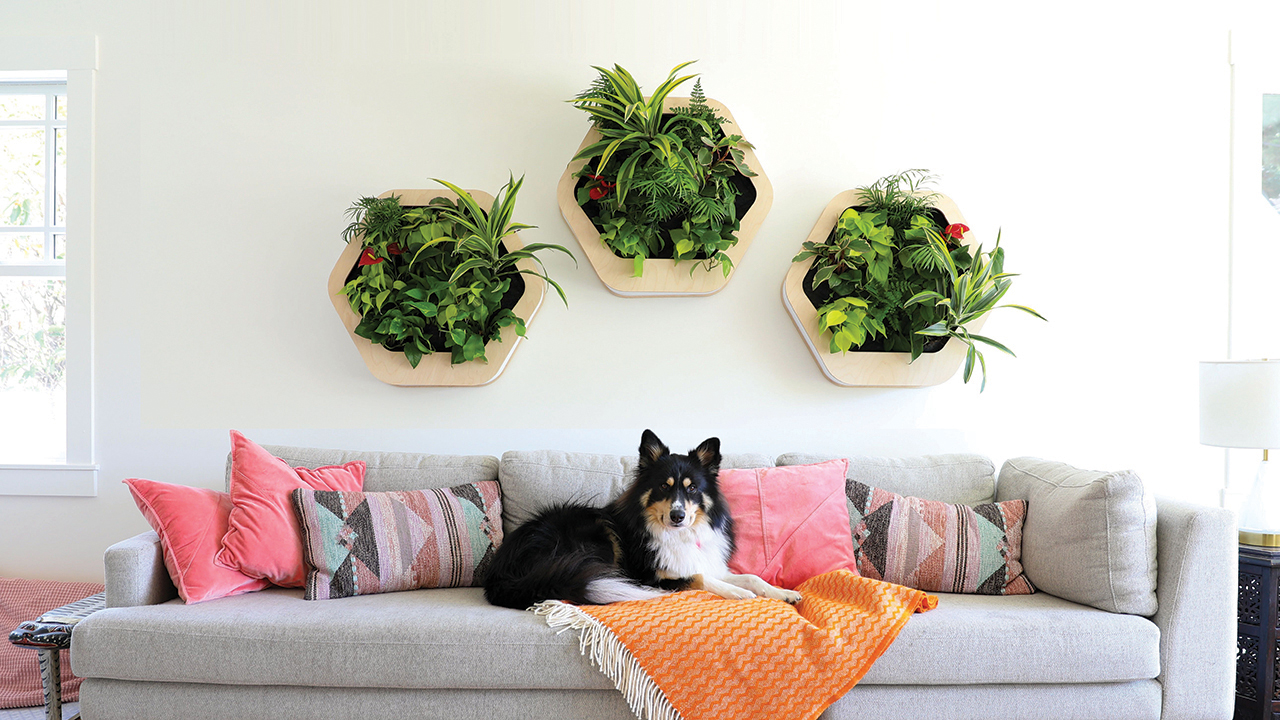 Forget the bland, white walls filled with smart lighting yet no sign of greenery. As our cribs transform into smart homes, the appreciation for a well-lit, open, green, and airy space grows.

However, nurturing greenery can be a difficult task. Though, people still try to foster potted plants, in hopes of making their homes breathable and beautiful.

Fret no more, experts at Habitat Horticulture — an award-winning design firm — designed Gromeo, a copious spot of greenery attached to your walls.

Gromeo is a ready-to-hang, fully planted palette that has a self-watering living wall system, without the need for plumbing and electricity. 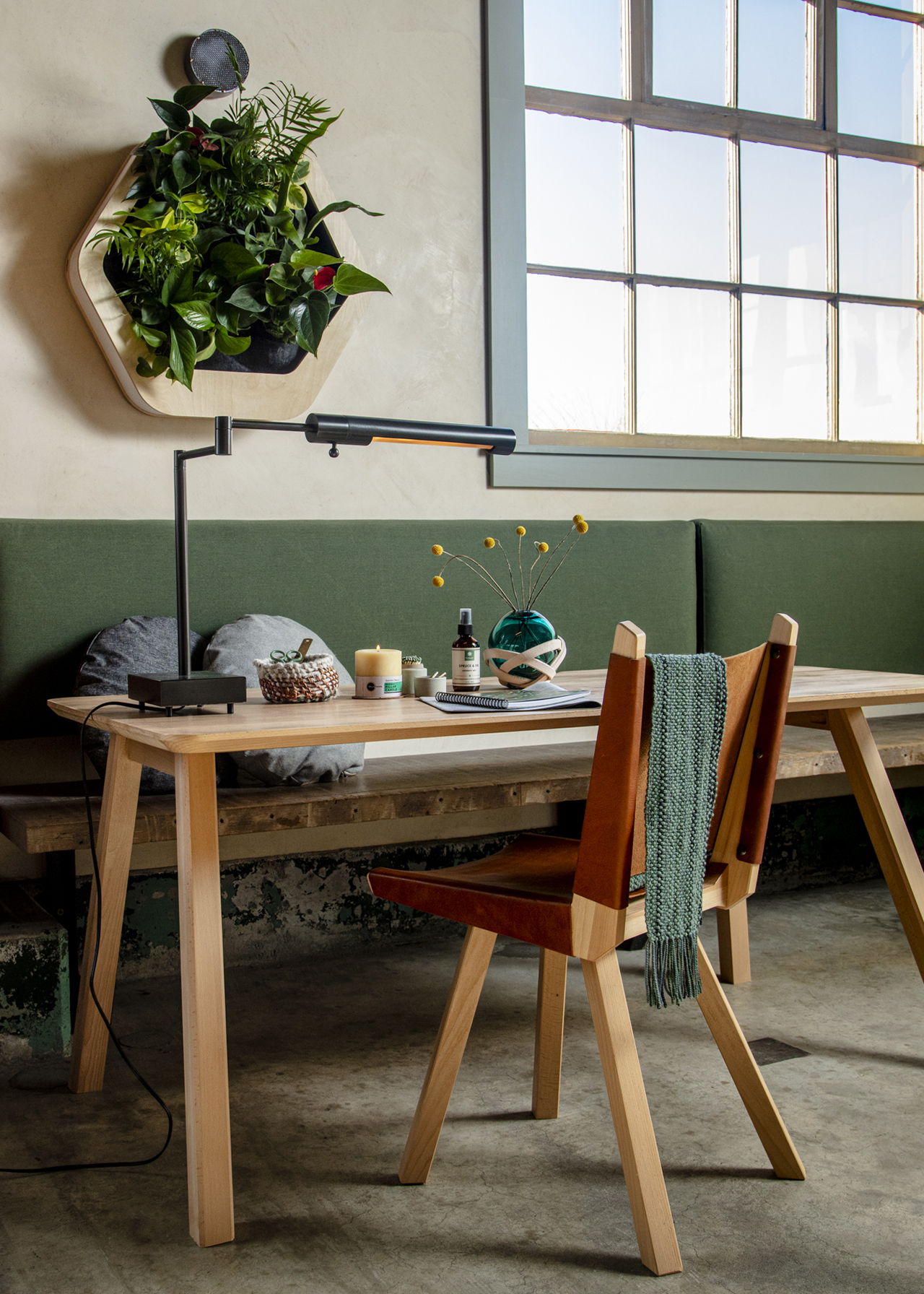 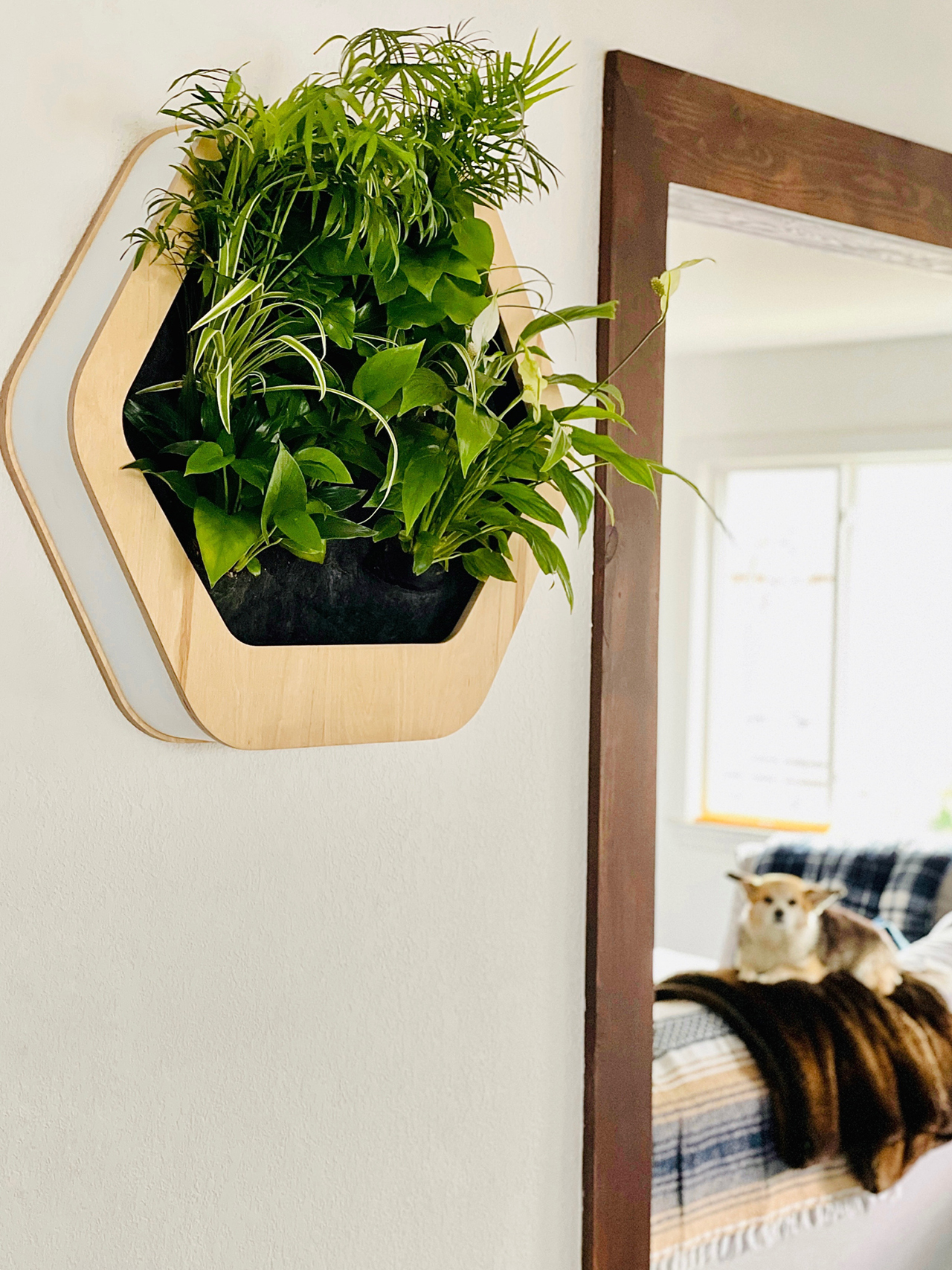 In short, no drainage is needed, making it the perfect low-maintenance plant to nurture, especially for busy people.

Beneficial in the long run

Living wall systems like Gromeo can help improve a busy bee’s physical and mental well-being. The presence of natural greenery can enhance self-esteem, reduce levels of stress and anxiety, and produce feelings of revitalization. 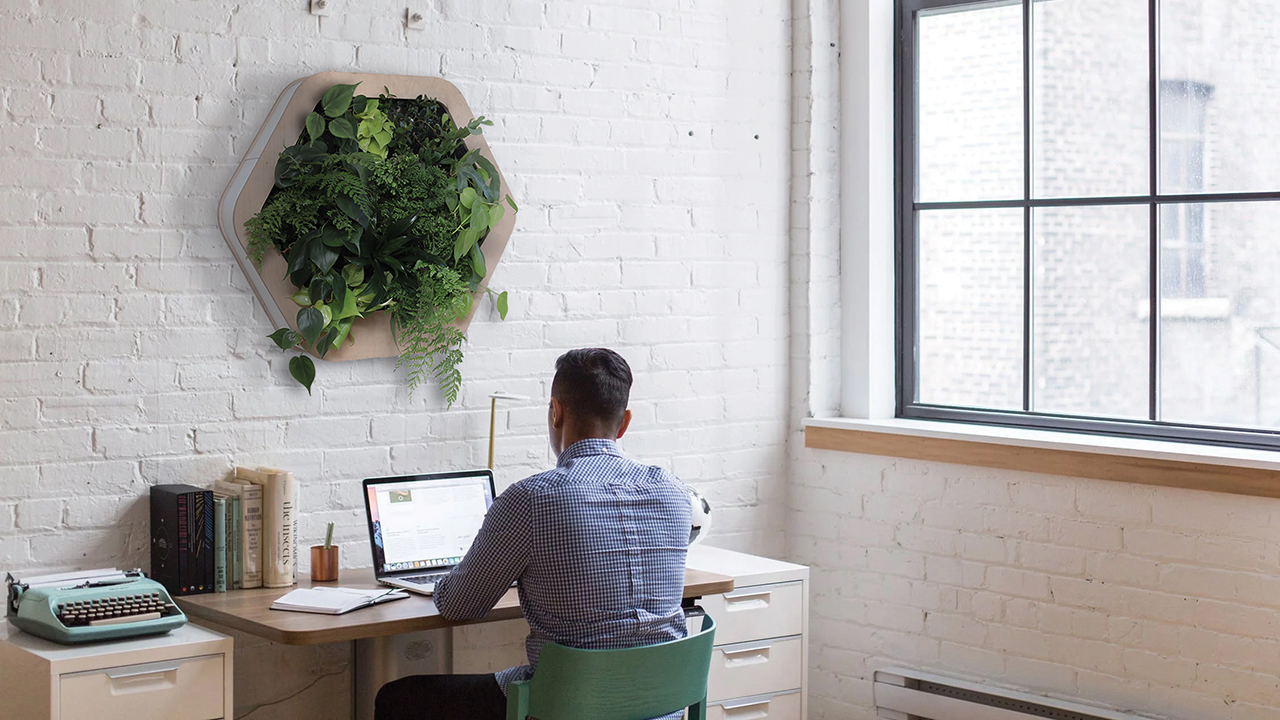 It increases happiness, productivity, focus, and concentration — prompting a person to work smarter. More importantly, it cleans the air and removes volatile organic compounds found indoors, most of which causes headaches, fatigue, and respiratory problems.

There’s a Gromeo for every type of space

Admit it: we all check the lighting before taking the perfect selfie. The same should apply to plants if you do consider getting one. Some can handle basking in sunlight, some find it too much.

This is why each Gromeo is designed depending on the levels of light available. A High Light Gromeo is recommended for walls that get full, direct sunlight. Or at least very bright lights.

Gromeo starts at US$ 265. It’s available at shop.habitathorticulture.com. One percent of each Gromeo sale goes to Feeding America. Meanwhile, teachers and healthcare workers can avail a 10 percent discount upon purchase.

Matching your interiors and spaces 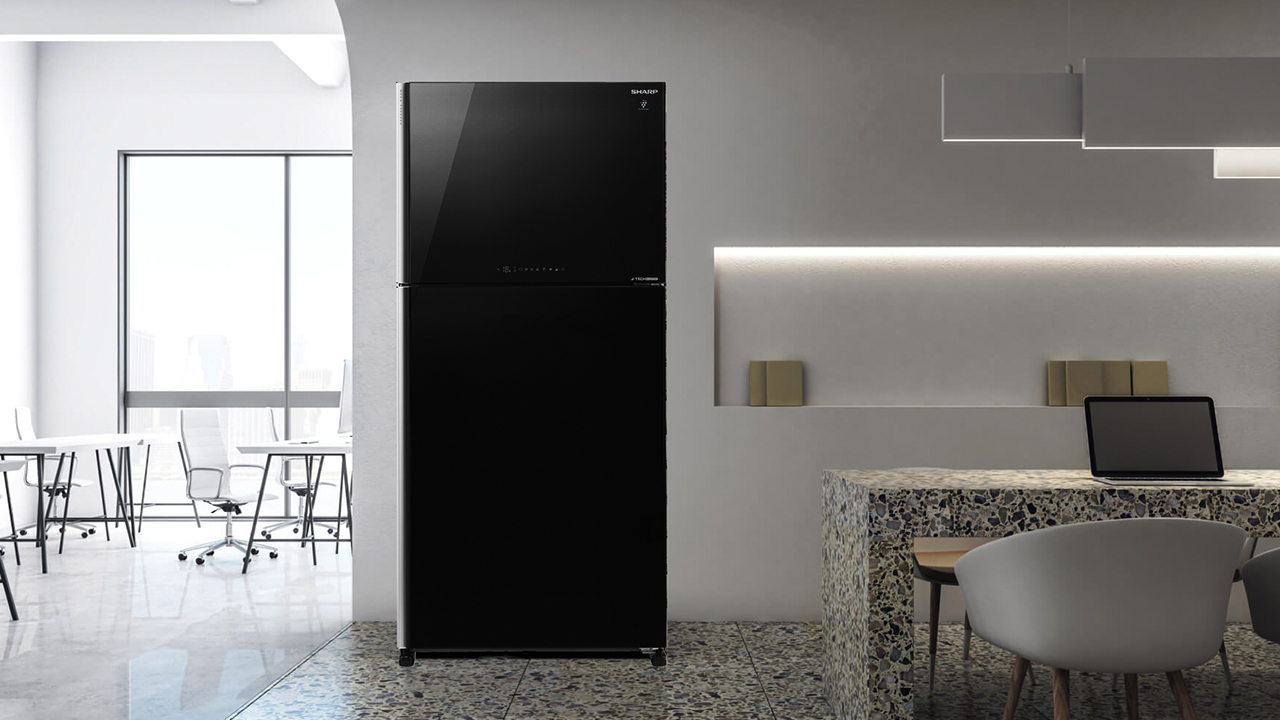 Sharp unveils a new lineup of refrigerators and we are loving it. Aesthetically speaking, it’s pleasing to look at with its sleek coating and classy appeal. But Sharp’s focus isn’t just the looks.

Being at the forefront of innovation, Sharp’s new models come with a host of innovative features to keep you and your family in tip-top health and shape. For instance, the new lineup is powered by Sharp’s J-Tech Inverter — which helps reduce wastage of energy and saves on energy consumption.

Additionally, the fridge comes with a Mega Freezer which is larger than usual compared to common fridges. The extra space helps homemakers store large containers and bulk purchases — like stocking up on fresh frozen food. 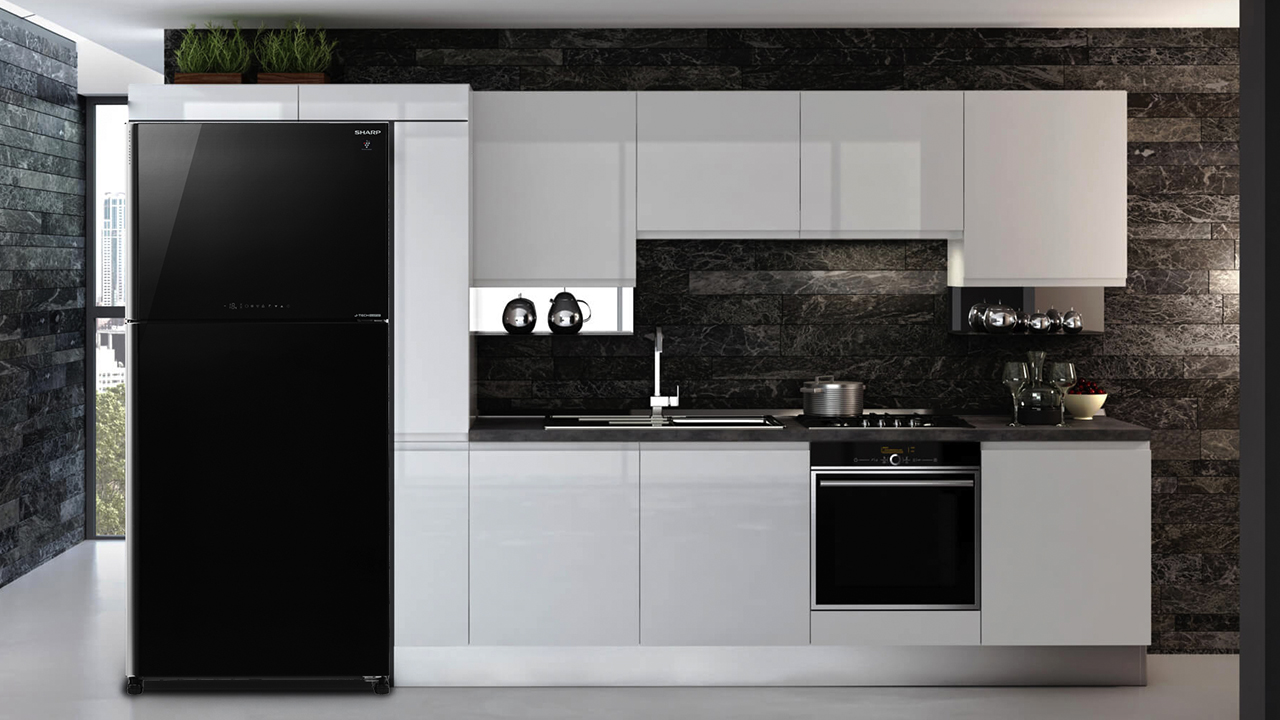 In lieu of stocking up, the refrigerators run on a Hybrid Cooling System to keep the food fresh. The feature is helping prevent excessive dryness, uneven cooling, and over-cooling.

Meticulous homemakers can also keep their fridges free of odor through the Ag-Nano deodorizer filters equipped inside the appliance.

Lastly, the refrigerators come with smart features such as door alarms that alert you when you leave the door open, and an External Touch Control Panel. This makes it easy for anyone to control and regulate the appliance’s settings.

All models come in two colors: Black or Dark Silver. The new lineup will be available at major electronics retailers and online stores.

Time to get them active! 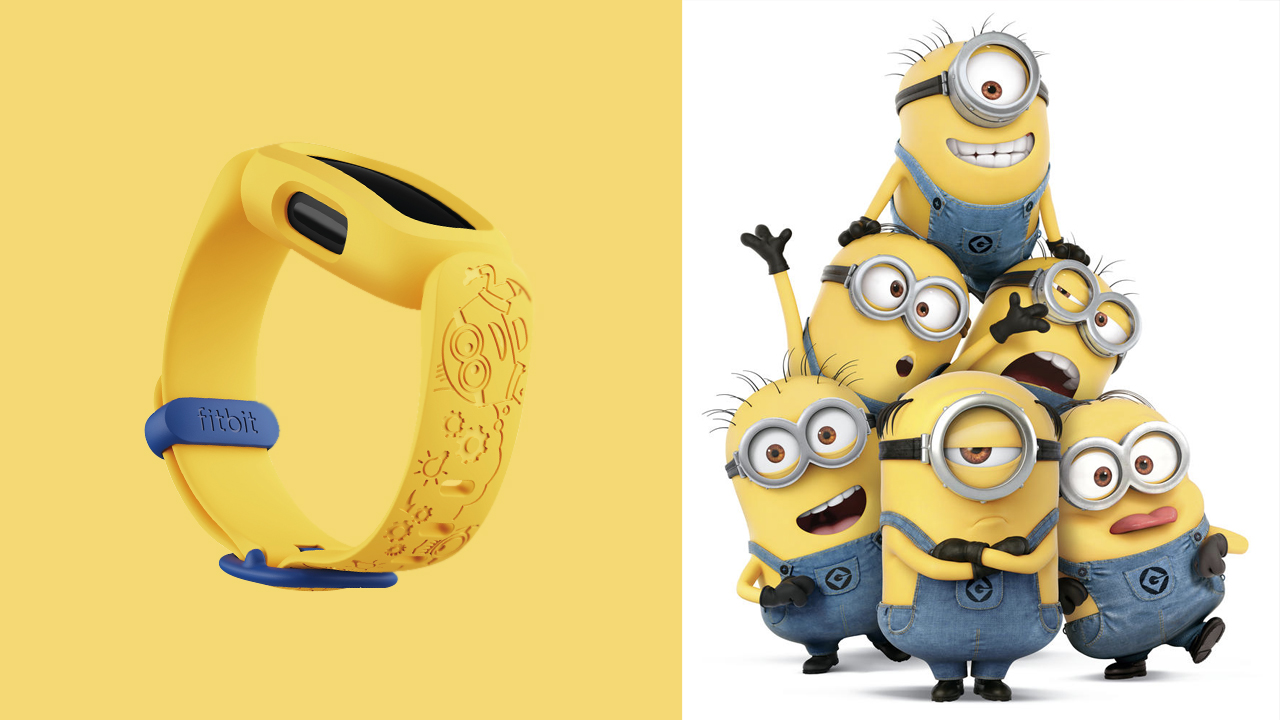 With the advent of smartphones and other distracting technology, keeping kids active might be a challenge — especially if you aren’t the type to engage in physical activities. But starting ’em young can help build a healthy, fit, and sustainable lifestyle.

Fitbit’s kid-oriented smartwatch, the Ace 3, comes with a special edition that will catch your kid’s attention. And it might just make them excited to do a bit of sport and exercise.

Meet the Fitbit Ace 3 Special Edition: Minions. It comes with an engraved band with an embossed Minions design that will make any kid eager to wear it. Built with a kid’s behavior in mind, the watch is comfortable and secure to wear even when using a silicone band and bumper. Moreover, it can be even submerged in water with its swim-proof design! 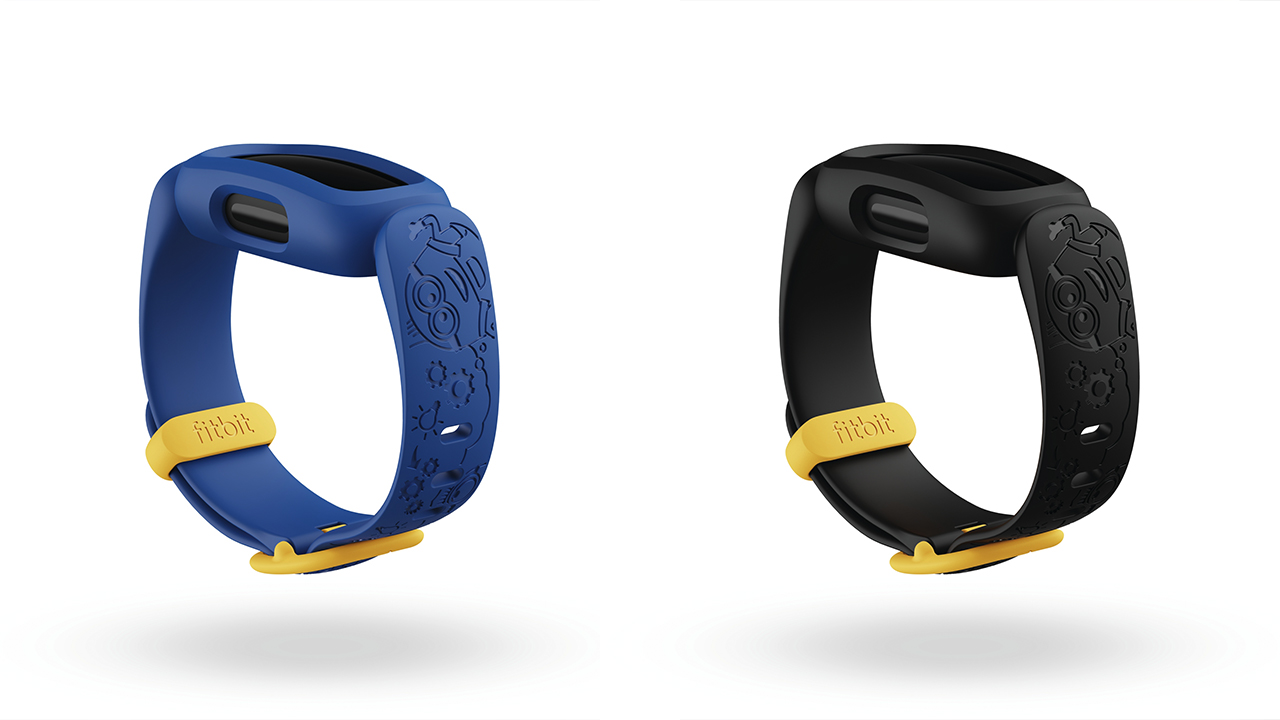 For those who aren’t keen on having yellow on their wrists, there are two more Minions-themed bands that kids can wear: Despicable Blue and Mischief Black.

Just like every adult’s smartwatch, it comes with nifty features we need. There are hourly alerts to move and reminders to reach your daily goals. More importantly, the Ace 3 Special Edition: Minions ensures there are extensive safeguards to secure a kid’s privacy. 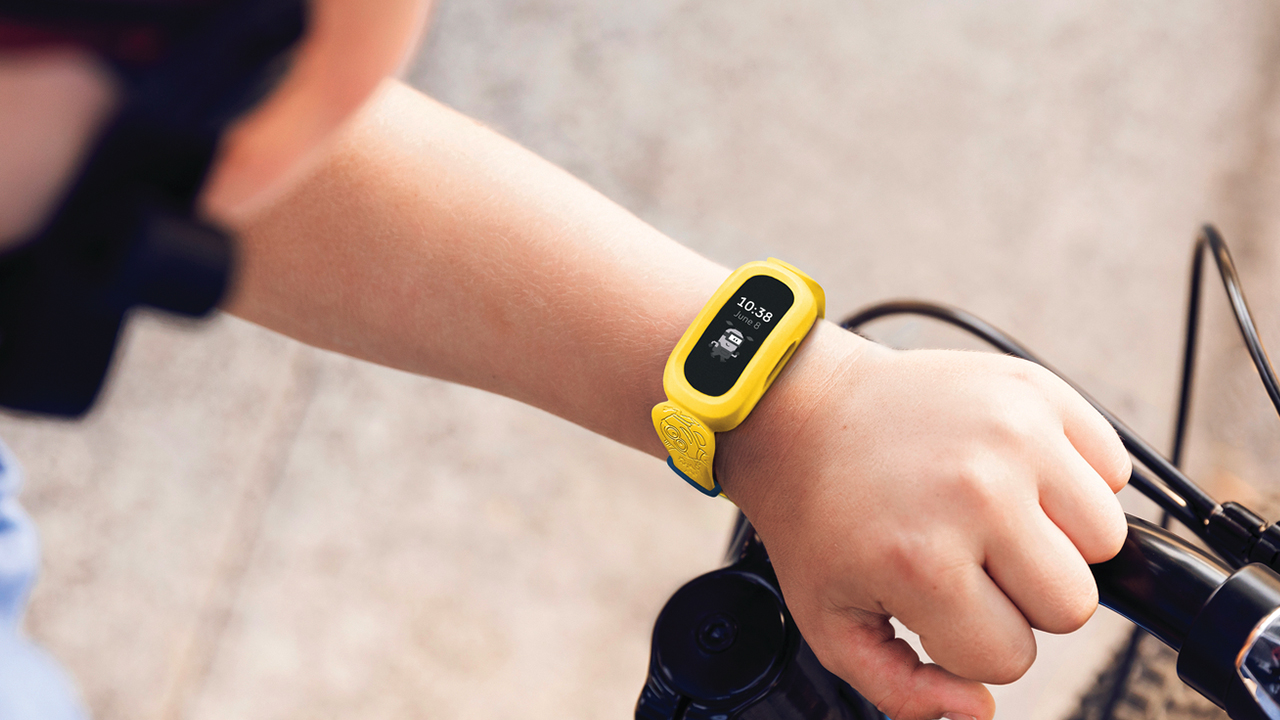 Parents, for instance, can set up a family account to have more control over privacy and protection. The Parent View in the app will let parents track their kid’s activity and manage the kid’s app experience.

Kids, on the other hand, can enjoy Minions-themed activity badges in the app. The badges serve as a reminder for kids to keep chasing daily activity goals. Along with that, the Kid View allows kids to view important data such as their activity and sleep stats, as well as parent-approved friends, clock faces, and avatars. 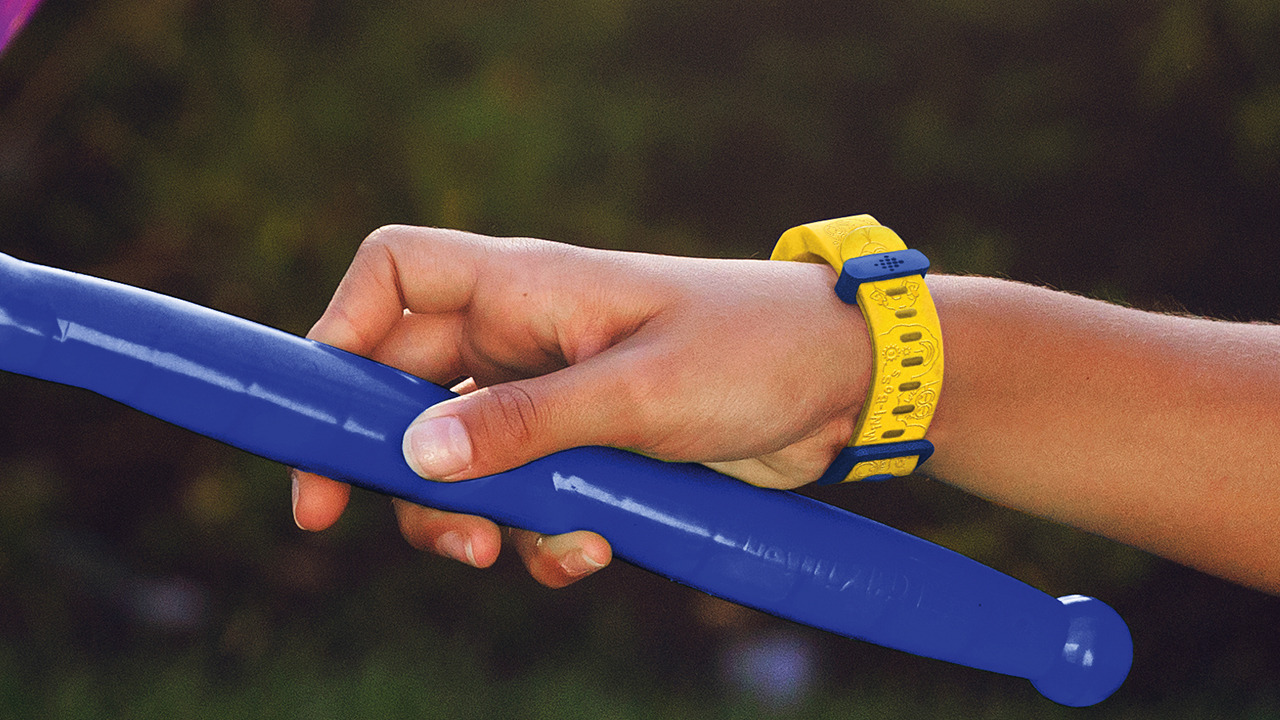 The Fitbit Ace 3 Special Edition: Minions is powered by eight days of battery life. It’s available in the Philippines at Fitbit.com, Digital Walker, and Lazada for PhP 4,790. Meanwhile, accessory bands are sold exclusively on Fitbit.com at PhP 1,390.