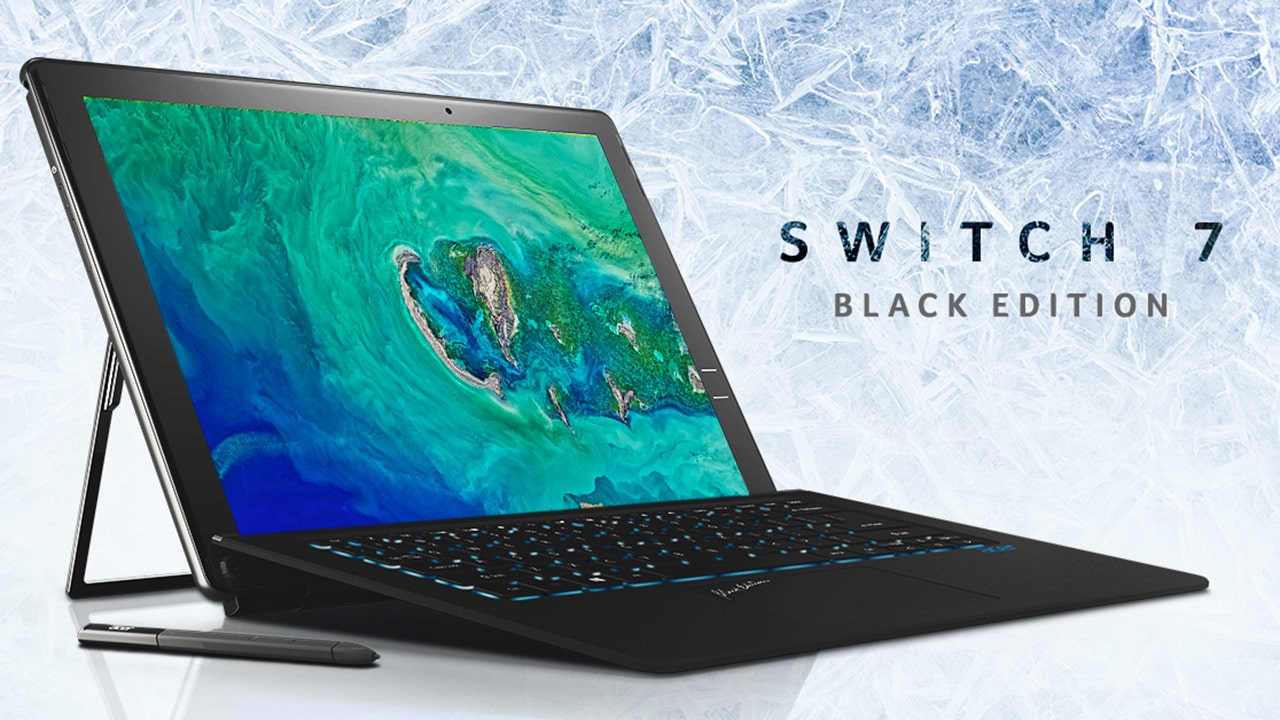 As with any launch of a new generation of Intel Core processors, laptops and convertibles bearing the fresh chips follow soon after. For Acer, the first set of mobile computers are the Swift 5, Spin 5, and Switch 7 Black Edition.

Released simultaneously at IFA 2017, figuring out the differences between the three models with Acer’s confusing naming scheme takes some research, but we’ve got you covered.

To put it simply, the Swift series represents Acer’s pure notebooks. We reviewed the previous version of the Swift 5 a few months ago, which we found to be balanced across the board, from performance to portability. 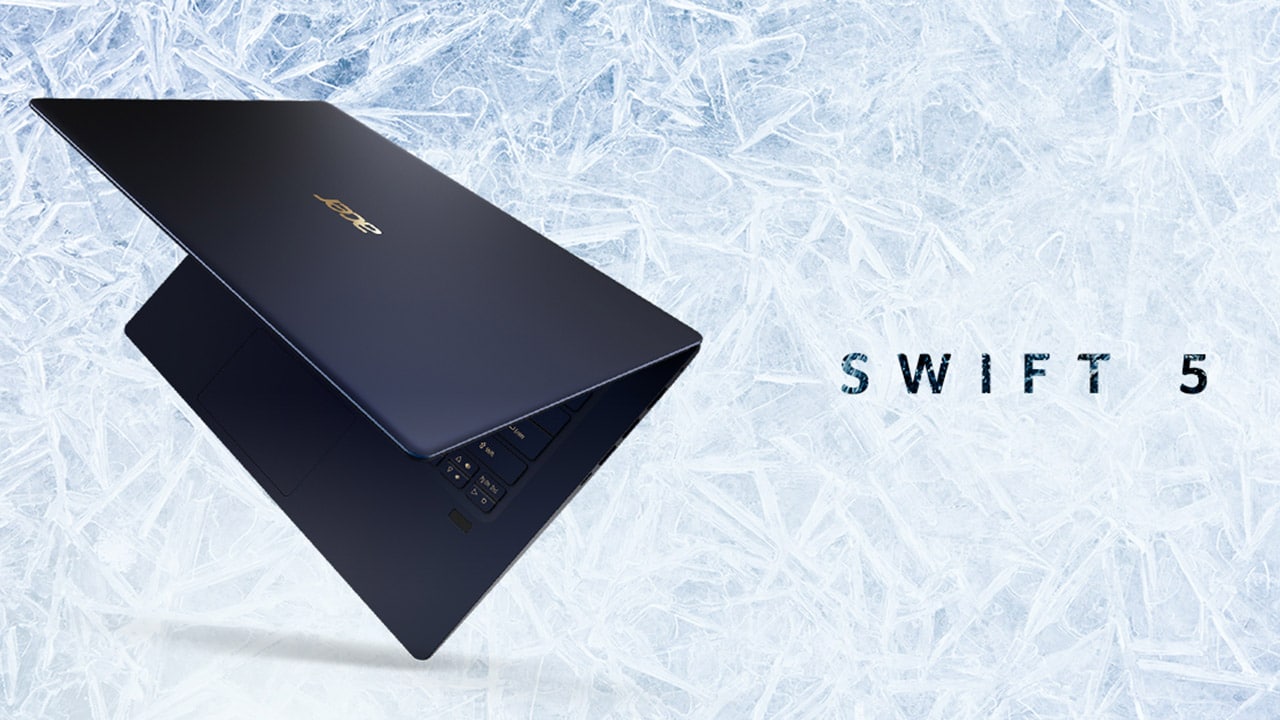 The newer Swift 5 we have here has Intel’s 8th-generation Core processor for an even smoother experience and longer battery life. It’s still as light as ever, weighing in at less than 1kg.

Memory and storage configurations are plenty, but you’ll be happy to know the Swift 5 starts at only US$ 999 with shipping to begin in December. EMEA (Europe, Middle East, Africa) will get it in December as well for EUR 1,099, while China will have the laptop sooner in November for CNY 7,499.

The Spin 5 — as its name suggests — is the flexible one of the trio. You can fold it all the way back thanks to its 360-degree hinge, and easily fit it in a bag with its 15.9mm-thin frame for the 13-inch model. 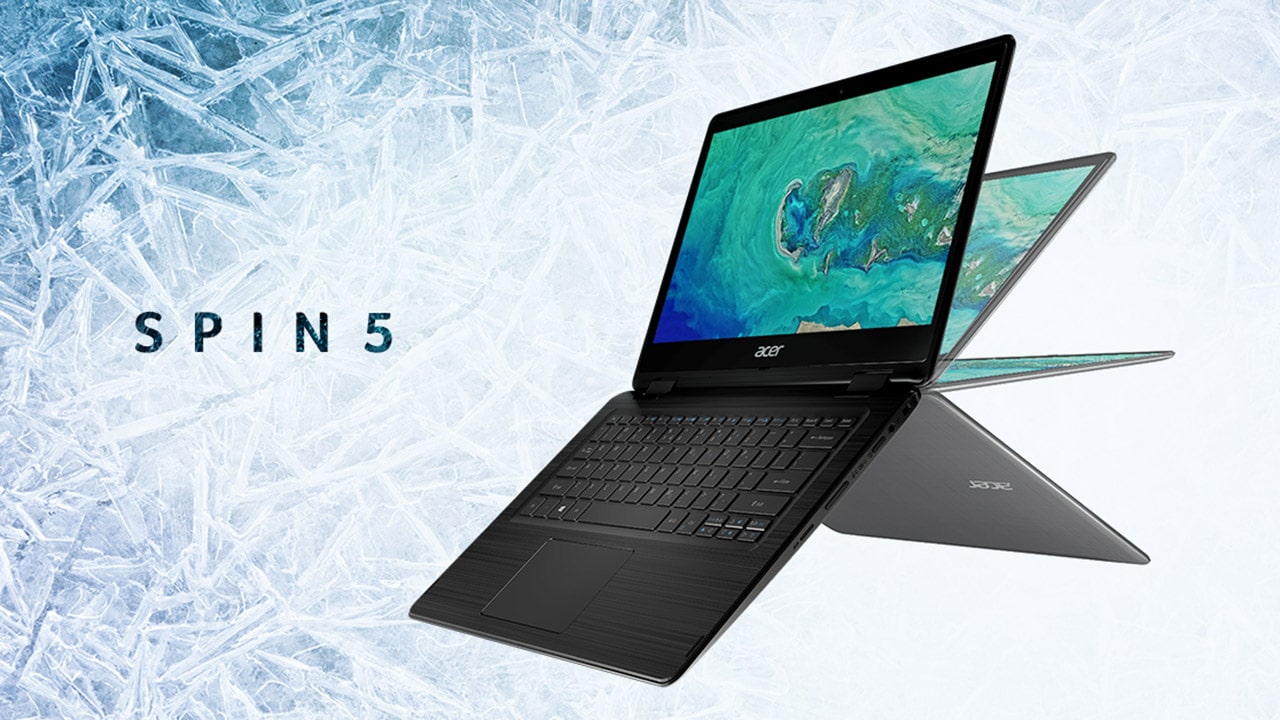 There’s also a larger 15-inch version if you need more screen real estate, and it’s not much thicker at only 17.9mm. The larger variant also has the advantage of coming with an NVIDIA GeForce GTX 1050 chip equipped, whereas the 13-incher settles for integrated graphics from its 8th-generation Core processor.

Again, memory and storage configurations affect the price. The starting cost for North America is US$ 799 and will begin shipping by September; as for EMEA, they’ll get it next month for EUR 899 (13 inches) and EUR 999 (15 inches).

As the most expensive of the three, the Switch 7 Black Edition throws in more advanced features. The 2-in-1 convertible has a fan-less design through Acer’s Dual LiquidLoop technology, discreet graphics chip in the GeForce MX150, and high-resolution 13.5-inch display.

When the keyboard is detached, the machine weighs just 1.15kg, making it an ideal workstation for travel. And even while in tablet mode, the AutoStand keeps the system stable on either your lap or table. Best of all, it comes with a battery-free stylus pen and fingerprint sensor for faster logins.

North America will get their hands on it by December with a starting price of US$ 1,699. EMEA will have the same launch month, but with a price of EUR 1,999.

IFA 2017 has brought the world many wondrous gadgets like the LG V30 and Acer Predator Orion 9000, but the Internationale Funkausstellung Berlin — one of the world’s biggest consumer trade show — has more interesting gadgets. A lot more. END_OF_DOCUMENT_TOKEN_TO_BE_REPLACED

You could say that Sony is a little behind the curve when it comes to design innovation, but you can’t deny their choice to stick to what’s proven to be great. END_OF_DOCUMENT_TOKEN_TO_BE_REPLACED