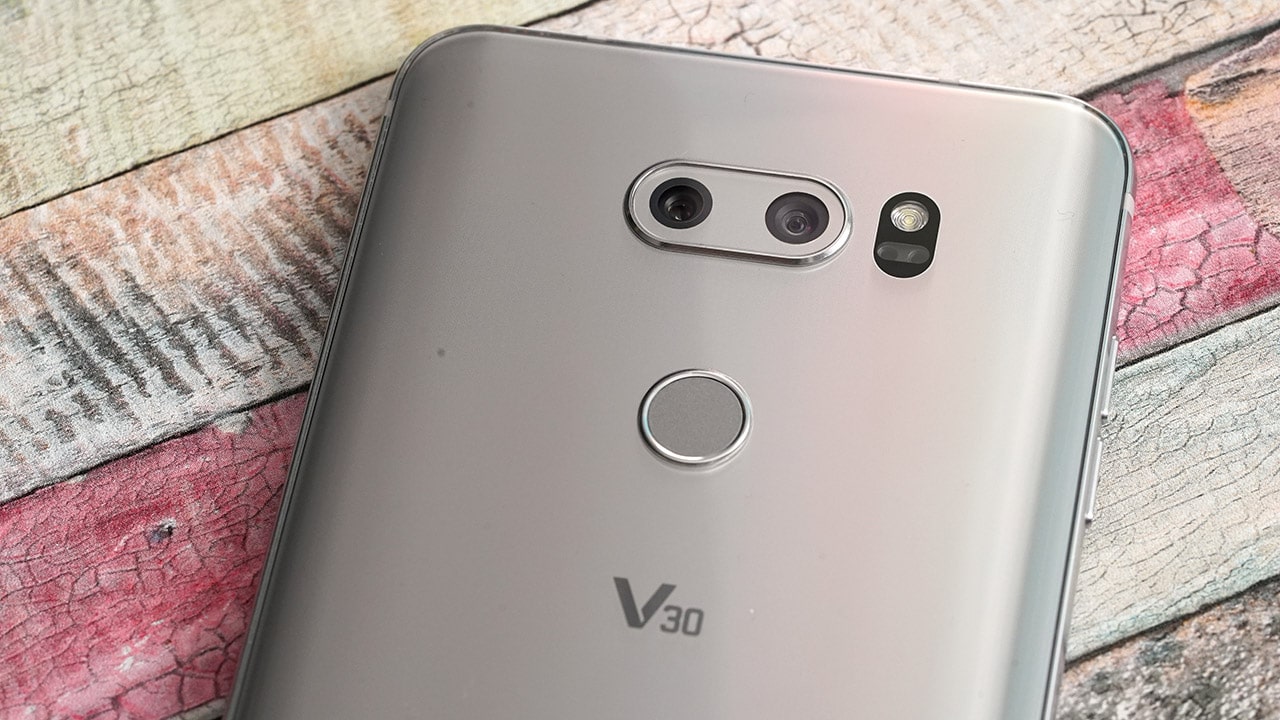 Launched in 2015, LG’s V-series represents a new breed of LG flagships designed to be the ultimate device for creating and consuming content. While each release has given users something to love, that vision hasn’t been fully realized until today’s V30 launch in Berlin.

If there’s something that resonated most during my short test period with this phone, it’s that the V30 has the potential to be the perfect smartphone companion for content creators. And while that may sound like the V30 is a niche device, it definitely isn’t. 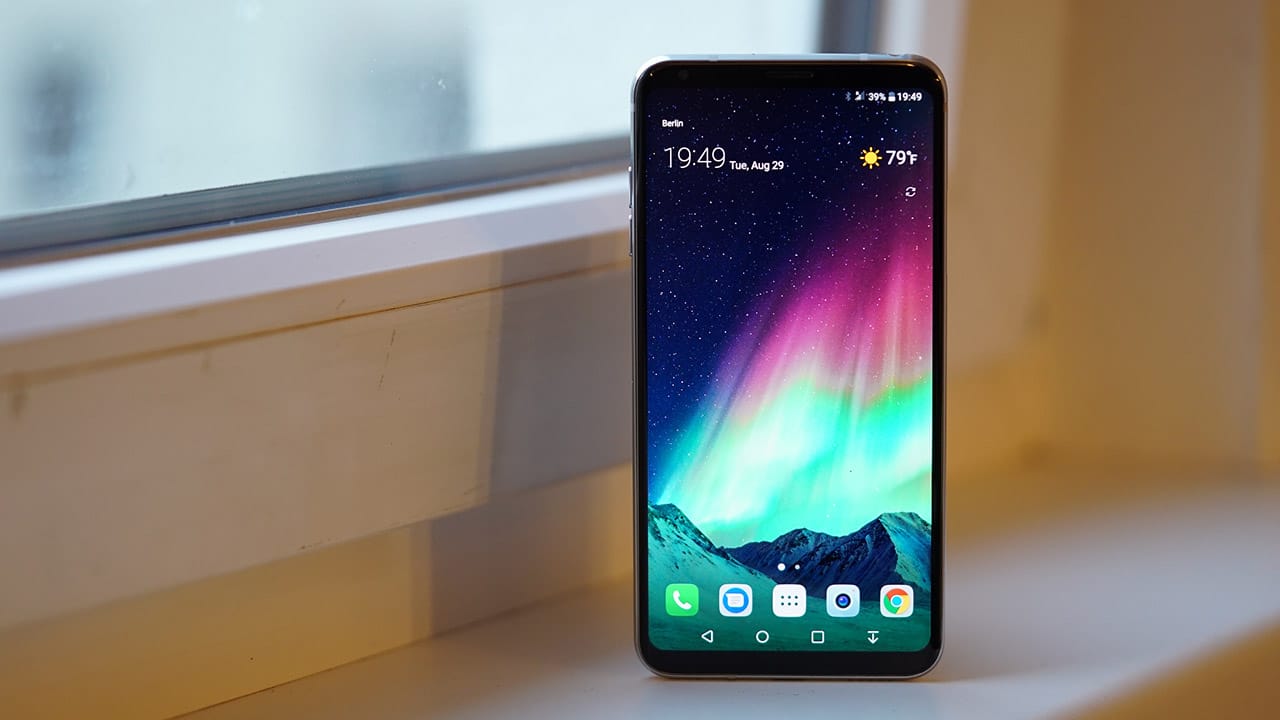 Even if you weren’t into its set of pro tools — which we’ll discuss in full later — the V30 has plenty to offer casual users looking for a great all-around phone. It ticks off so many boxes, we don’t know where to begin.

I’ve said it many times over: When it comes smartphones, looks matter, and you’ll find that seeing a device in person is like going on a first date. I want a phone that evokes this indescribable pull, a phone that makes me want to keep picking it up and holding it. The V30 is such a phone. 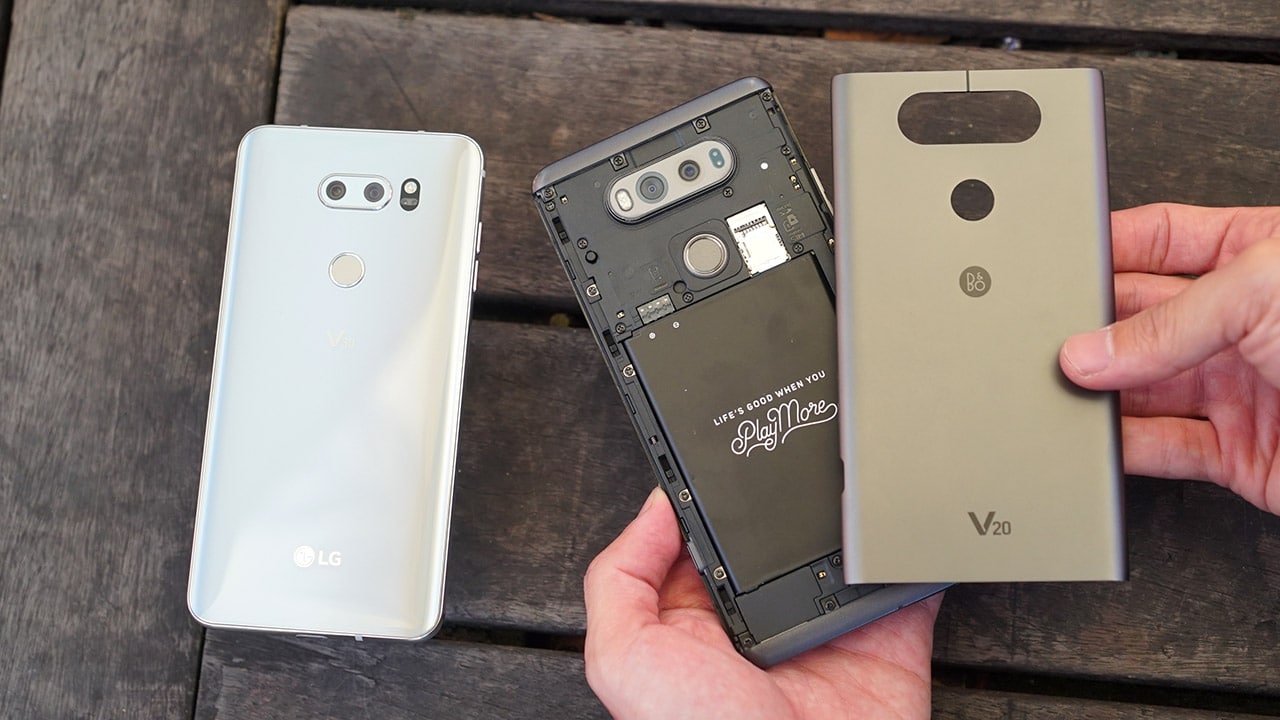 The phone is a stunner. And while I loved the rugged and rubberized feel of 2015’s V10, and the removable metallic back cover of the V20, the new all-glass design of the V30 feels like a step up in the looks department.

The review unit I tested came in Cloud Silver, which had a similar sheen to my Ice Platinum G6, but with a different texture to it. The V30 is also available in three other colors: Aurora Black, Lavender Violet, and the color I really want, Moroccan Blue. 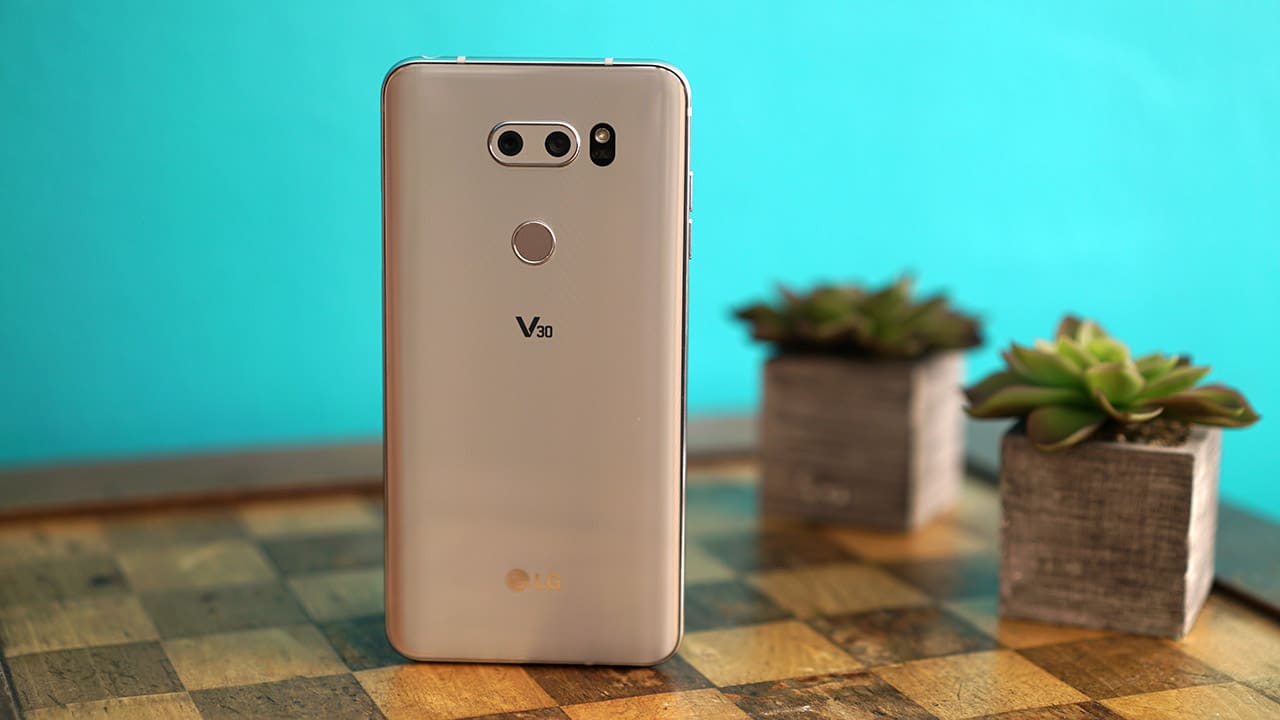 Up front, its display now has very subtle curves, and finally on an LG flagship, a gorgeous near-borderless 6-inch OLED display. The combination is top-notch. And despite the shift in materials of choice, LG says the V30 is still built tough with the same adherence to military standards, although one would assume that glass is more fragile than the silicon and metal of past V-series phones.

Because the front of the phone is all display, there are only three physical buttons on the device, volume buttons on the left, and a power button with fingerprint sensor on the back. The dual-camera module on its rear also takes up a smaller footprint, and because there aren’t any visible antenna bands, the whole back side has a more polished look. 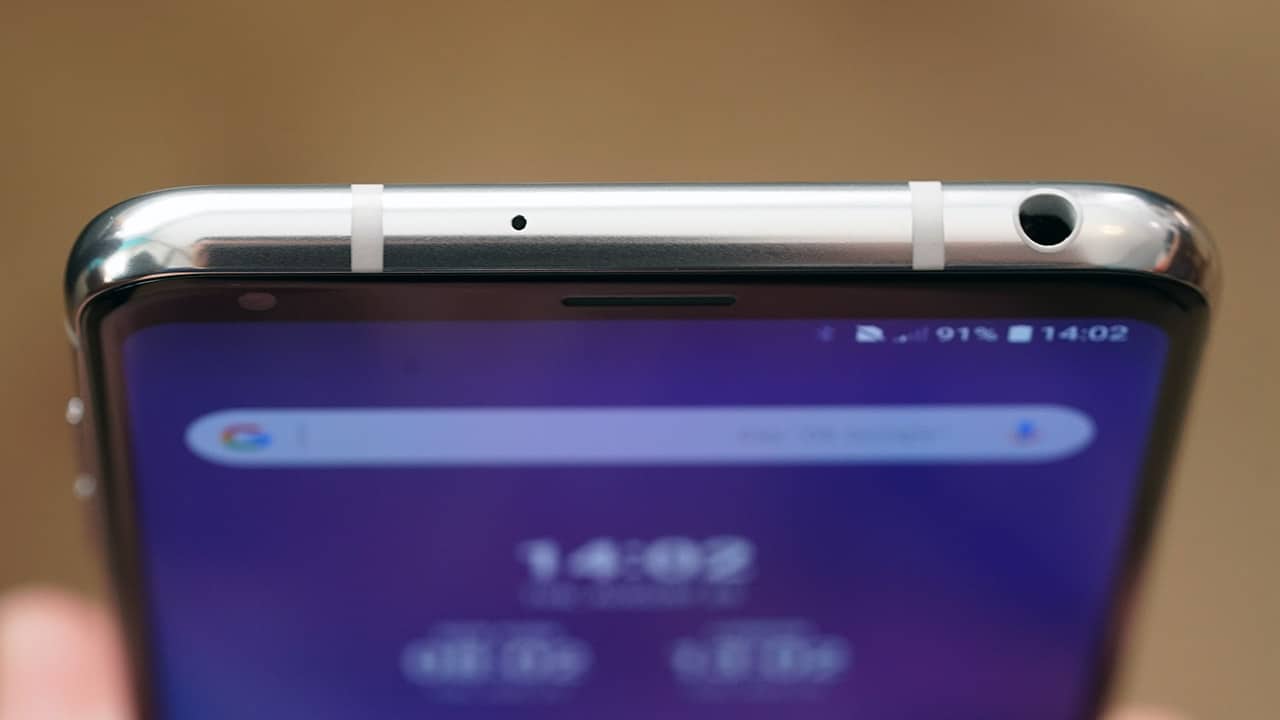 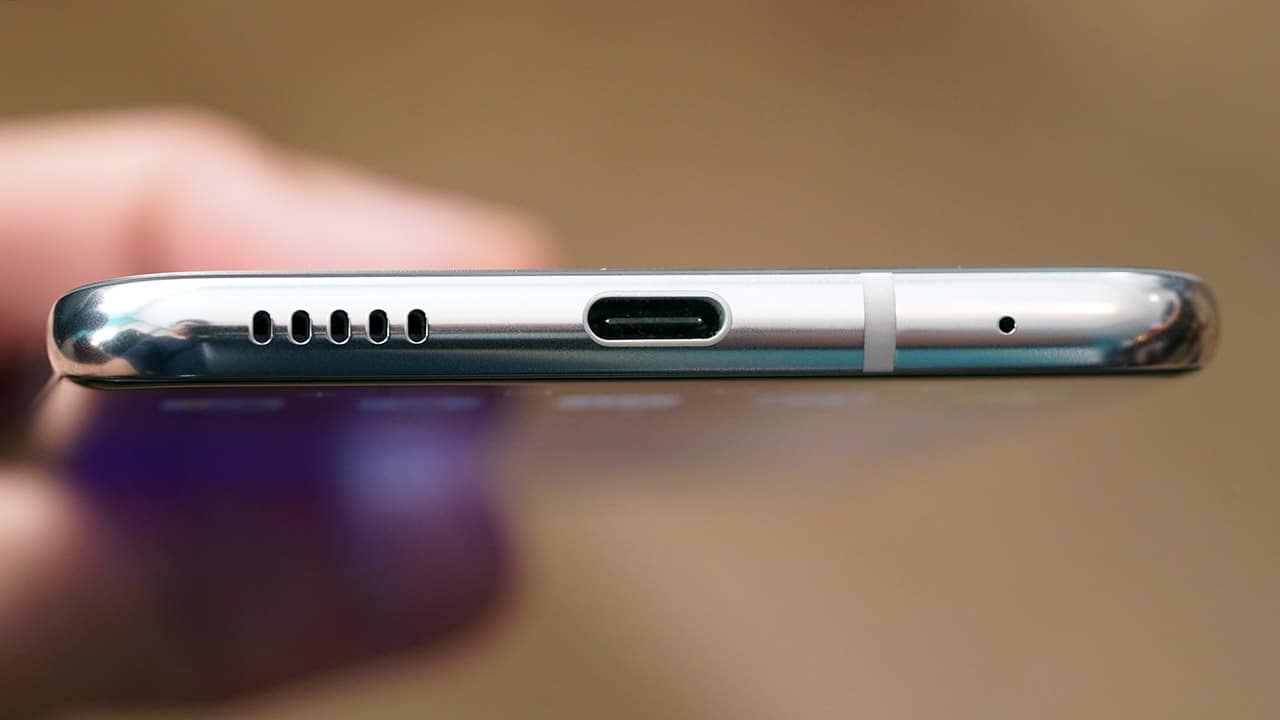 The only real downside is that the glass back, like any other all-glass smartphone, is quite the fingerprint magnet. In case you were wondering: Yes, there is a headphone jack on top of the phone. Down below are the microphone, USB-C port, and speaker grilles.

The V30 sports dual cameras, which has become a long-running tradition on LG flagships. As usual, one’s a normal lens, while the other is an ultra-wide-angle lens — perfect for capturing architecture and majestic landscapes. 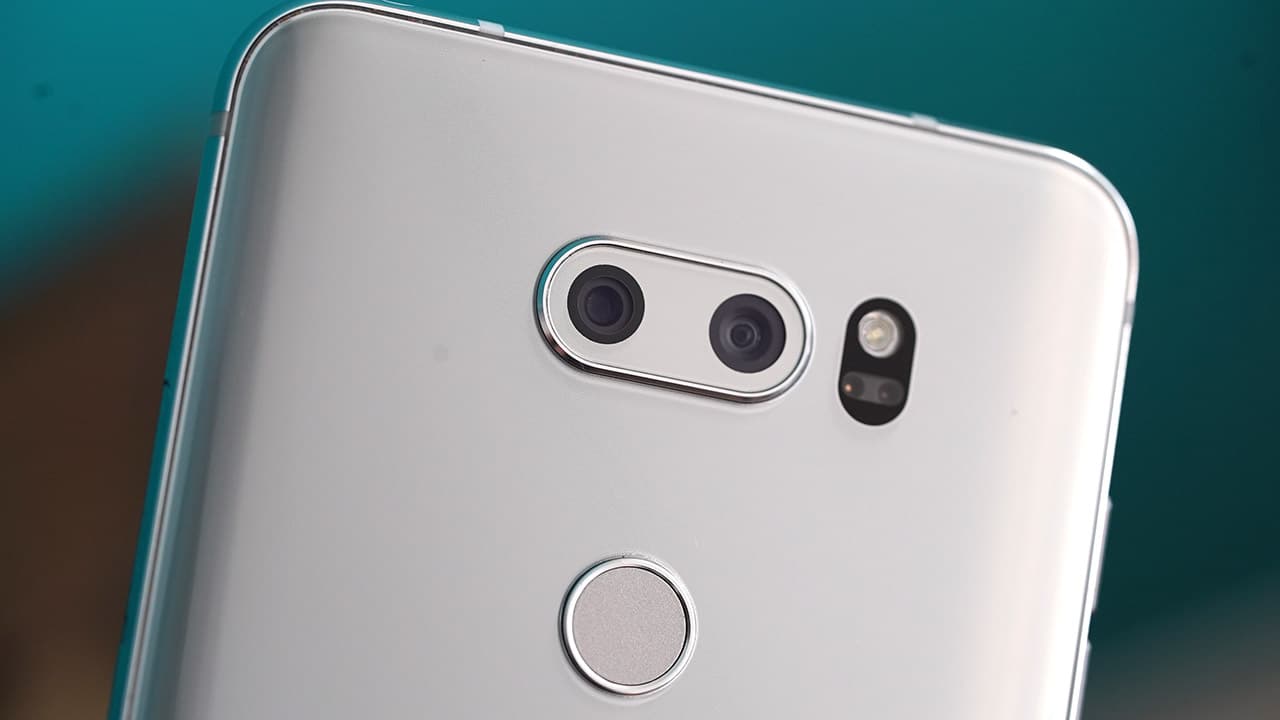 Both cameras are an improvement over last year’s models, according to LG. The company boasts the use of a clear glass lens that captures more light unlike the conventional plastic material used on most smartphones. The main shooter is still 16 megapixels, but this time has a larger f/1.6 lens. That means there a larger opening for more light to come in, which is great for taking photos at night or in dimly lit places.

Meanwhile, the secondary wide-angle lens has been improved with a 12 megapixels sensor and f/1.9 lens. And, while it fits more elements into a photo, it minimizes distortion (or the fisheye effect) on the image. That was an issue we had with the V20 from last year, wherein there was a considerable amount of distortion on the edges of wide-angle photos. 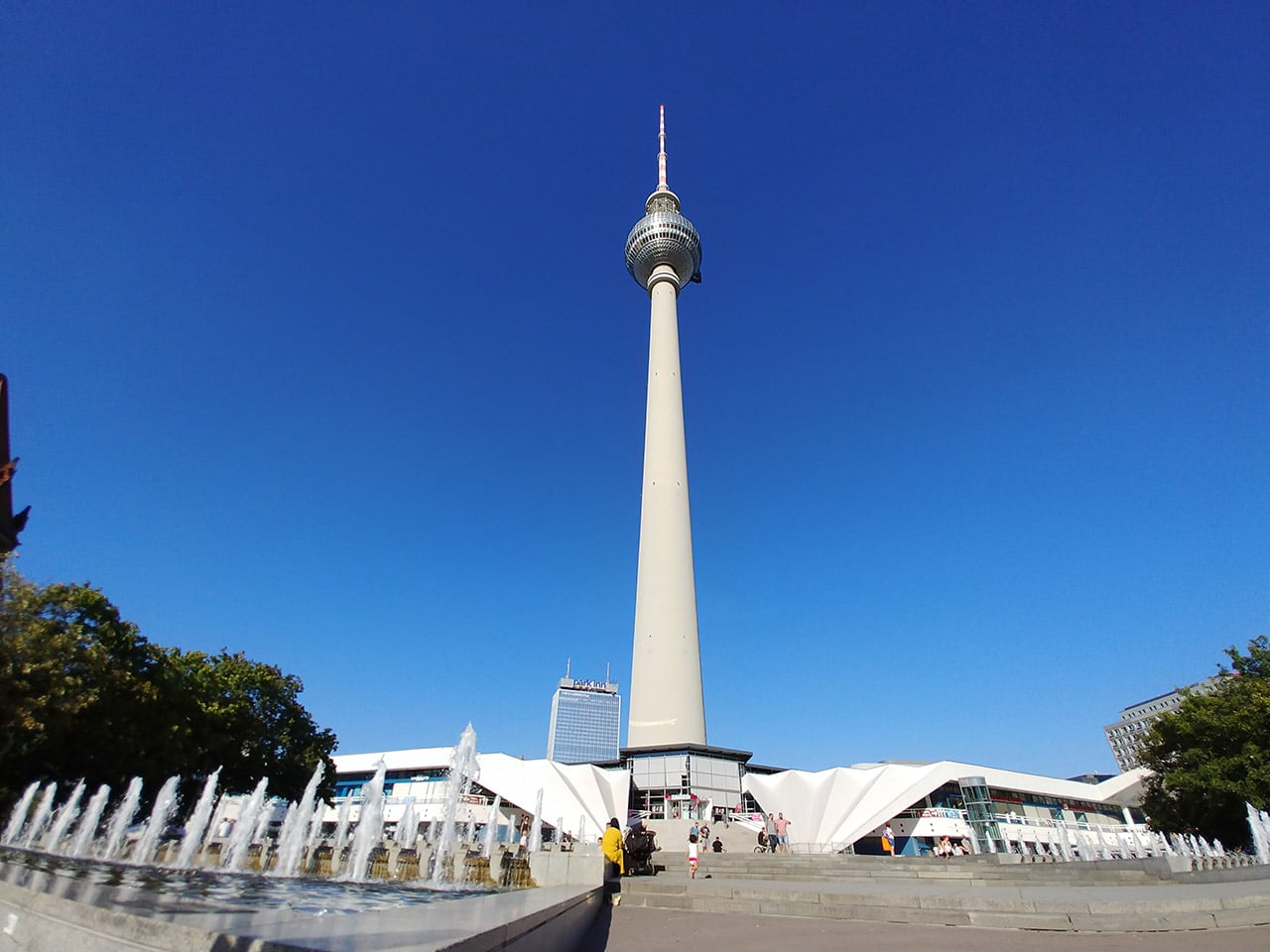 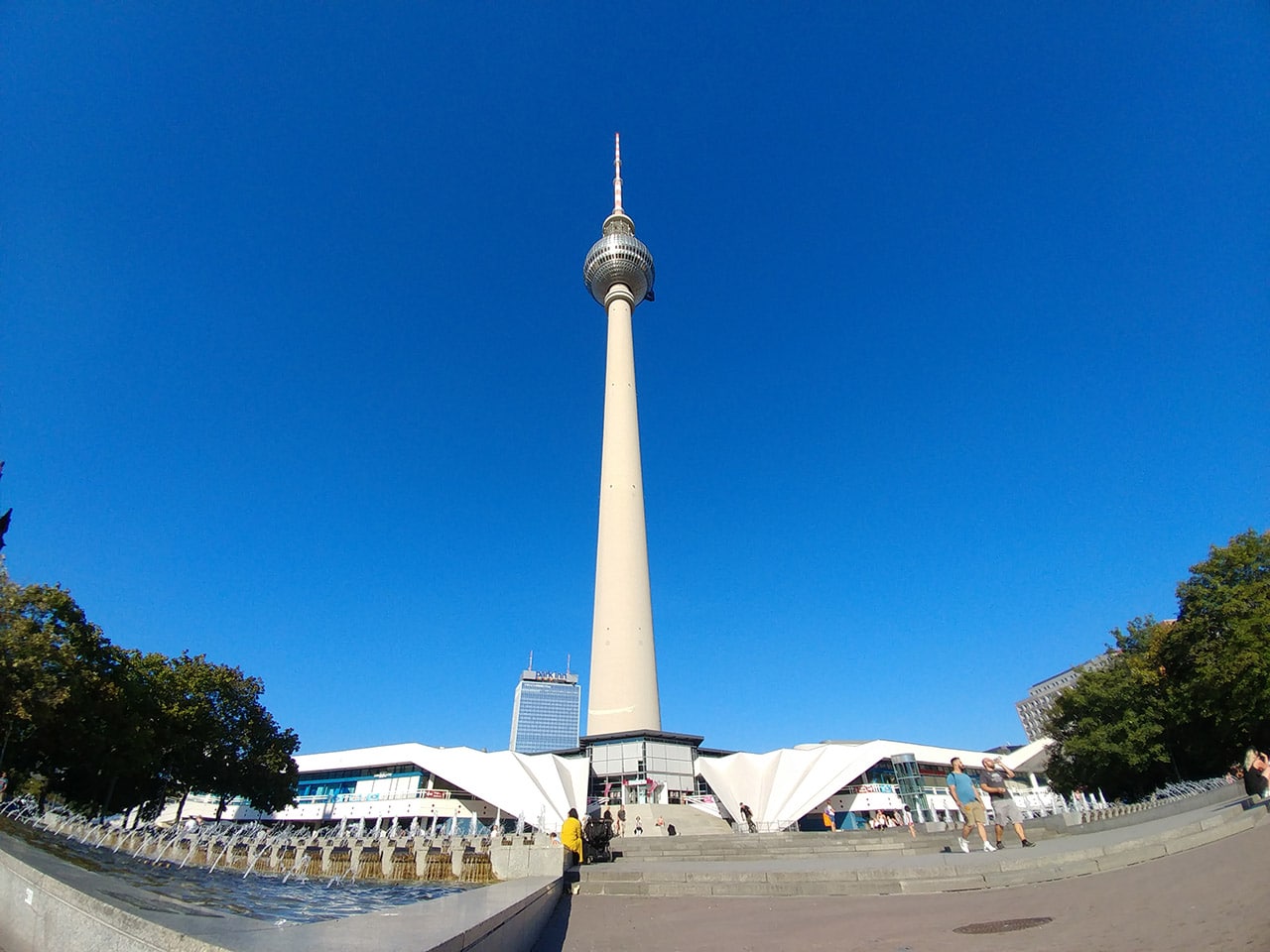 Being a multimedia tool, it still has the full manual controls for shooting, but the V30 is kicking things up a notch by introducing its Cine Log feature. For the unfamiliar, using Log basically maximizes the dynamic range in order to preserve more details during post-processing. This term is usually tossed around between filmmakers and video editors, so LG has made a clear direction for this handset.

Another feature is something LG calls Point Zoom. What it does is smoothly zoom in on a specific area even when it’s not at the center of the frame — just tap the area and adjust the slider to zoom. 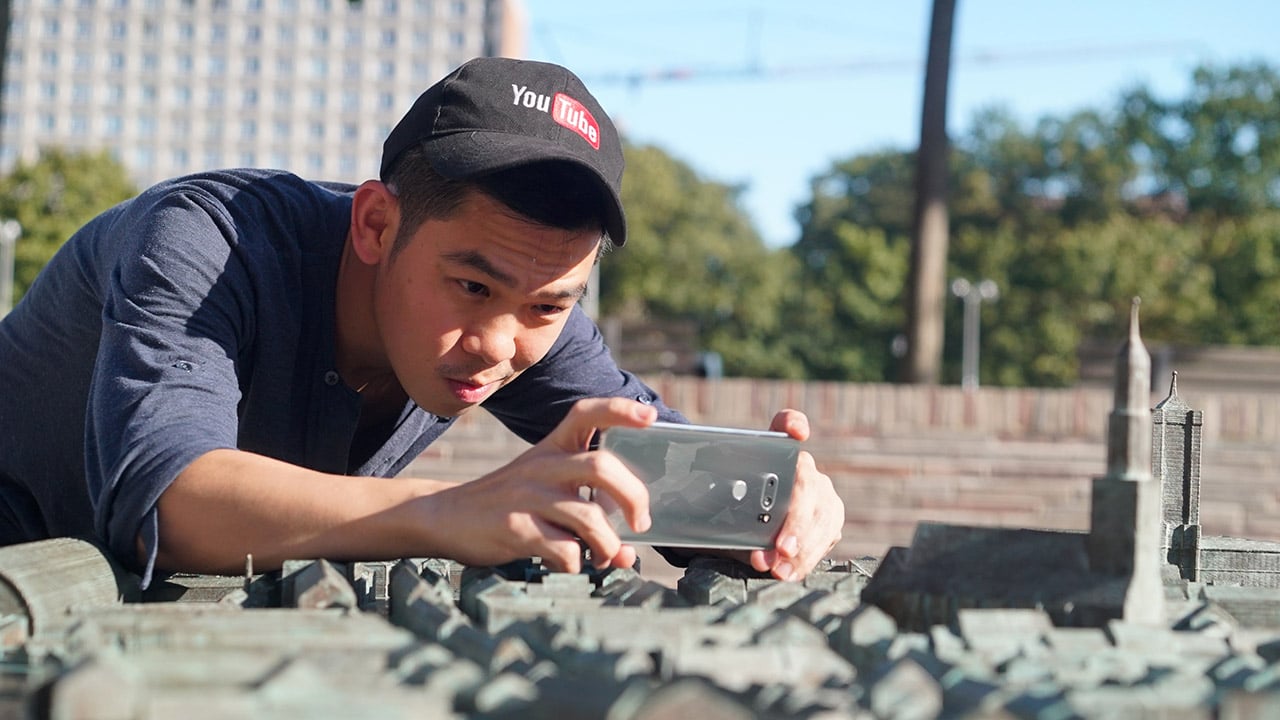 Have a specific look you want for your shots? LG worked with professionals on Cine Effect to offer a set of presents that dramatically change the look and feel of your video. There’s a wide selection, so check out our hands-on video to see them in action! Adding to its slew of video features is high-frame rate recording at 120fps at Full HD

Here’s what V30 photos look like. All these were shot in auto mode: 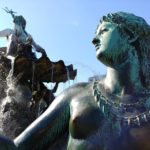 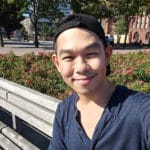 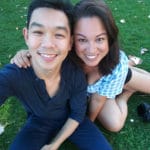 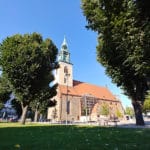 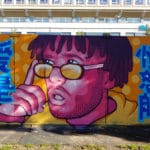 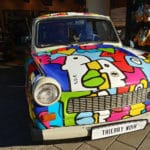 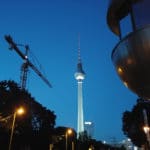 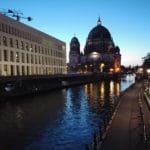 As expected of any flagship smartphone this half of the year, the LG V30 comes with the best-available processor in the Snapdragon 835. During our time with it, we weren’t disappointed by the performance. Every app ran smoothly, and there were rarely any hiccups or stuttering.

If we’re being nit-picky, the V30 only has 4GB of RAM, which may be behind some other premium phones that offer 6GB, but to be honest, 4GB is more than sufficient. Android 7.1.2, which is the latest build of Nougat, should be optimized enough to keep power-hungry apps at bay, but it’s no Oreo.

The software experience on the V30 is great. LG’s Android skin covers the basics and throws in plenty of its own customizations without bogging you down. Things like knocking to turn on the display are always a great touch. First seen on the Q6, LG brings its facial recognition technology to the V30. Not to be confused with an iris scanner, facial recognition uses the front camera for some sort of a biometric scan. If you train the phone under multiple lighting conditions, facial recognition works great except when the light gets too low. 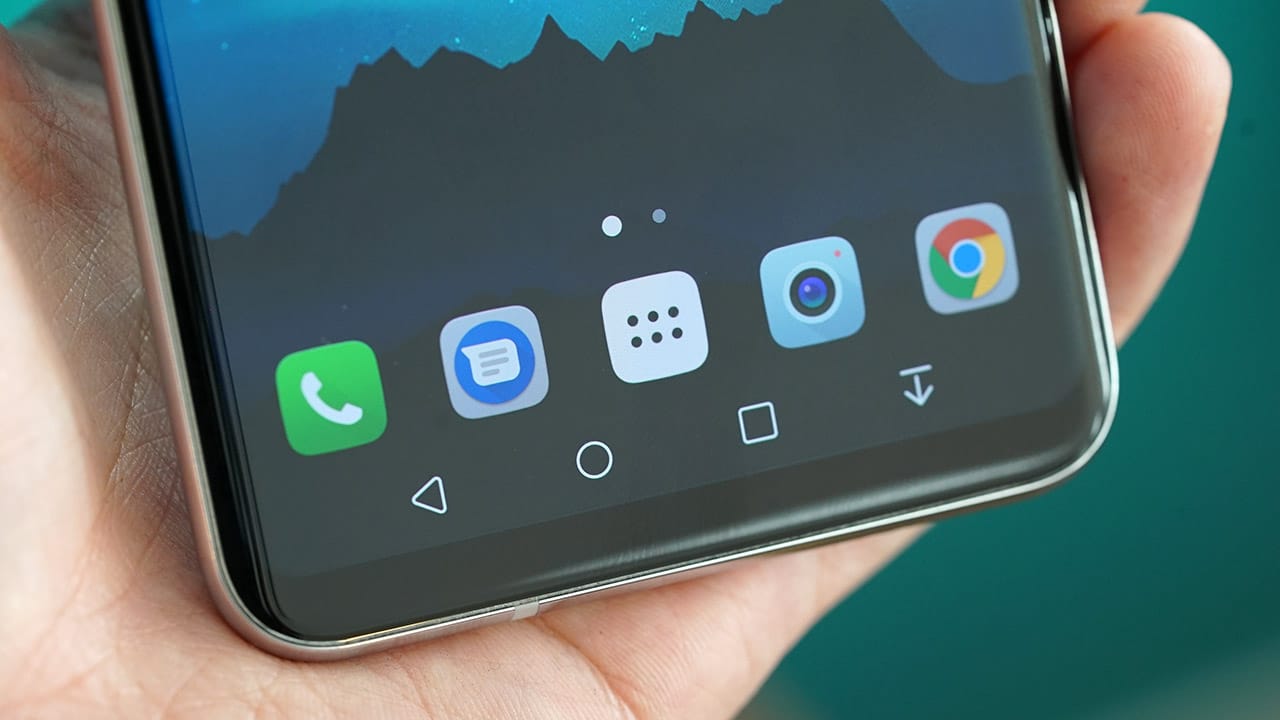 LG has also thrown in voice recognition which lets you unlock your voice with a voice command. While a fun party trick, voice unlock is still a tad bit too slow. I’d still prefer using the fingerprint sensor which is conveniently placed on the back of the phone, away from the camera module!

Unlike any of its predecessors, the V30 does not have a secondary display. In its place, LG added a software feature called Floating Bar. When turned on, you get this little tab that expands to reveal a bunch of shortcuts to apps, contacts, and other tools.

While the 3300mAh battery looks adequate on paper, we’ll have to bombard the V30 as a daily driver before we can say for sure if its capacity is enough. And unlike with the V10 and V20, you can’t simply swap the battery for a fully charged one. Looks like the era of hot-swappable batteries is dead.

Is the LG V30 your GadgetMatch?

Because of the timing of its release, the V30 will most likely be compared to the phones that come immediately before and after it, including the Galaxy Note 8, Pixel 2, and iPhone 8 — all worthy contenders.

Pending the release of the latter, if you compare the Note 8 versus the V30, our answer would require a comprehensive answer. How LG chooses to price the phone will be a big factor; if LG can set it at about US$ 200 lower than the Note 8 (somewhere in the US$ 750 to US$ 800 range), it would be an easy phone to recommend to anyone. 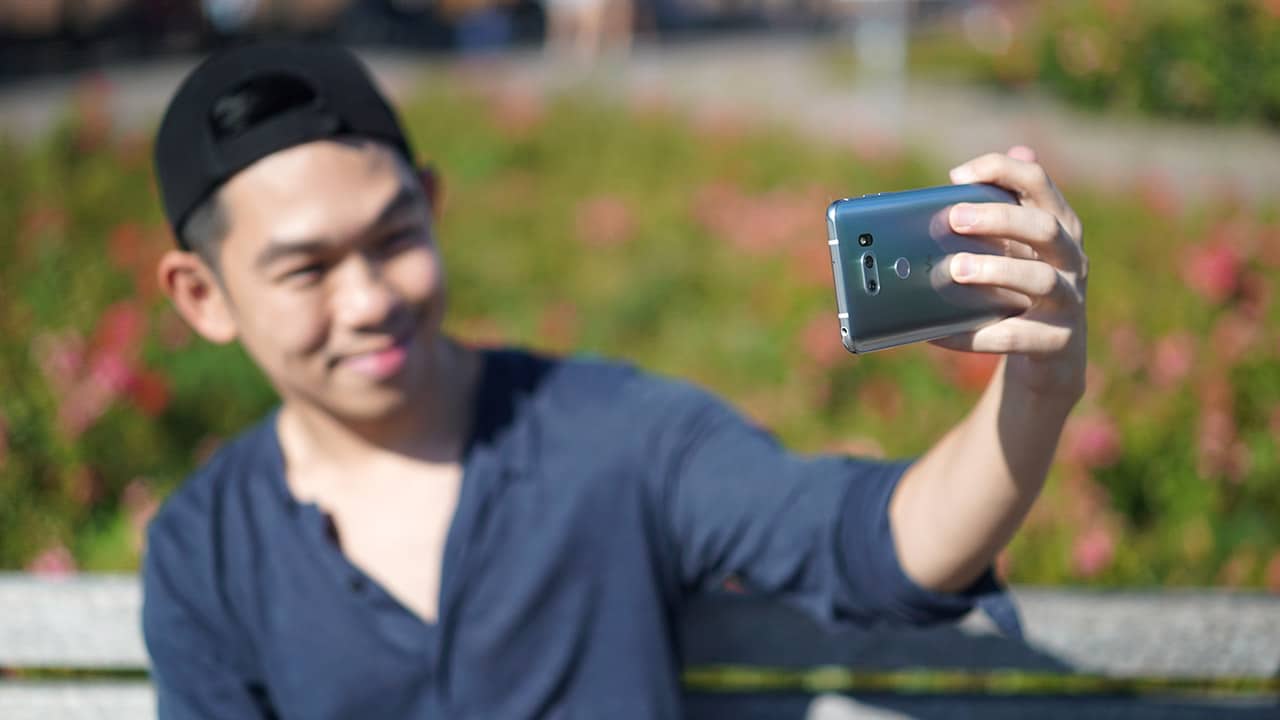 In all aspects, this phone is a standout. It delivers on expectations, does amazingly well where it matters most, and doesn’t compromise. If you’re in the market for a top-of-the-line Android smartphone and have the money for it, then by all means take home a V30. You won’t regret it.