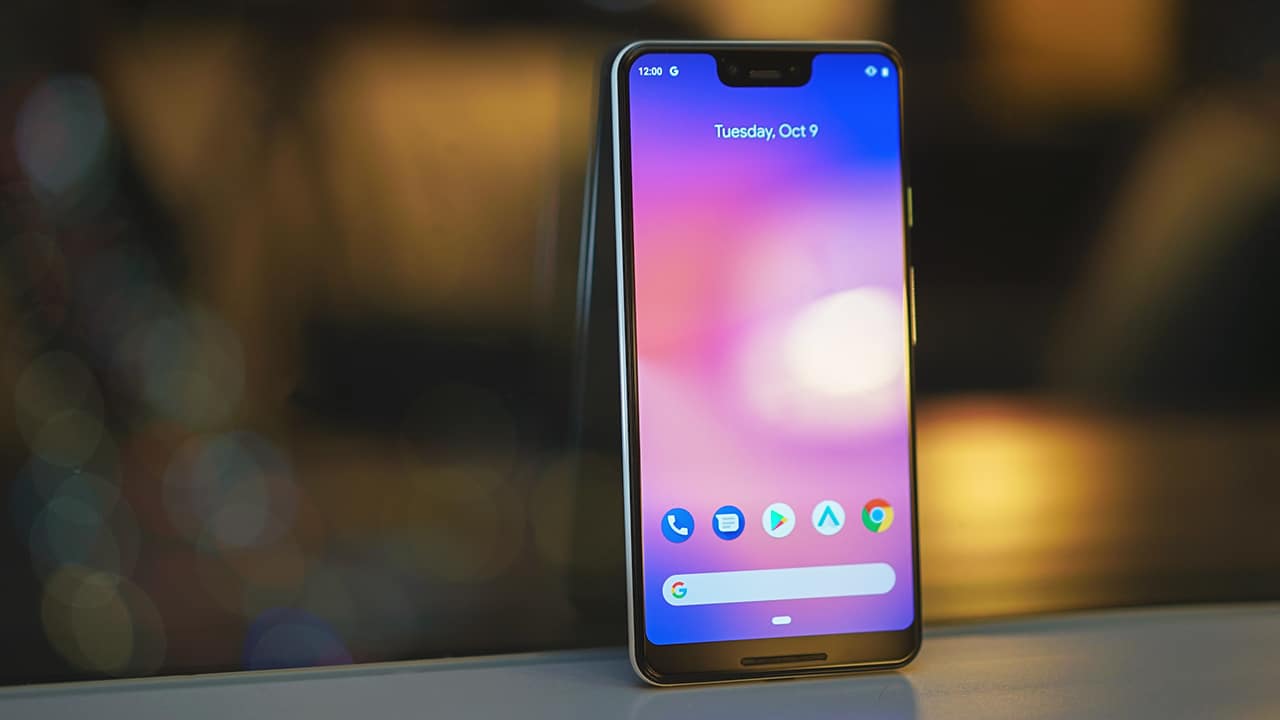 Android Pie is still struggling to find its way to more phones, but Google‘s next release is already being cooked. The first Android Q developer preview should be available (based on Google’s previous releases) in the coming months, although the folks over at XDA Developers were able to get their hands on an early build of the upcoming Android version.

The early build of Android Q is pretty bare bones, but there are a few notable features that are worth mentioning.

Design-wise, Android Q looks a lot like Android 9 Pie with its rounded icons and familiar layout. That may sound unexciting, but Android Q will finally have what could be the most requested feature: system-wide dark mode. The current Android version has a simpler dark mode available which is not as extensive as we like it to be. 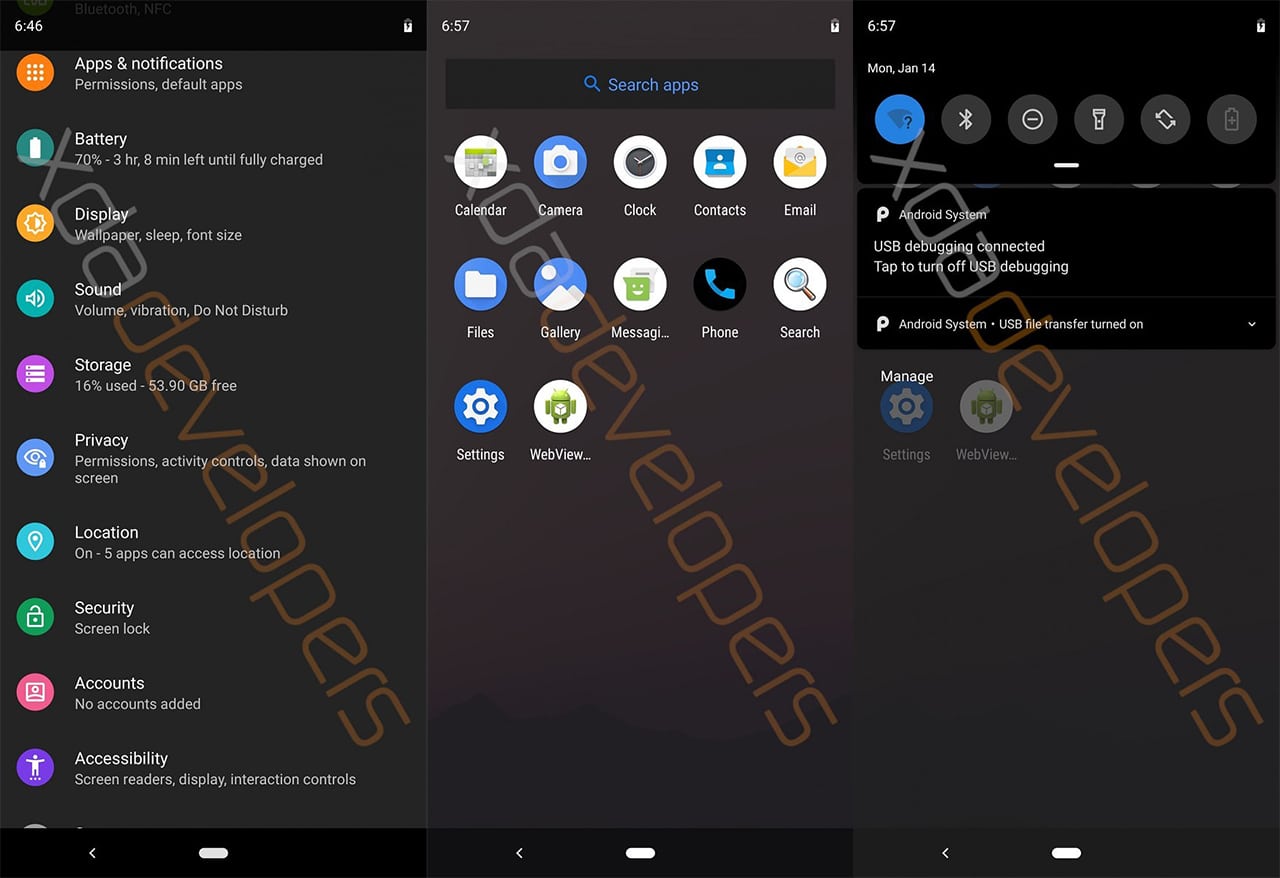 The dark mode feature will greatly benefit phones with OLED displays. Aside from being easy on the eyes when in the dark, it should also improve battery life since not all the pixels are turned on. Users will be able to set dark more automatically at night or have it activated throughout the day. If they dislike it, users can simply turn it off, too.

Apart from visual changes, Android Q also brings improved privacy features specifically with app permissions; it lets users look at each app’s permission settings individually. The best part of this is there’s now an option to let apps access permitted info only when they are being used. 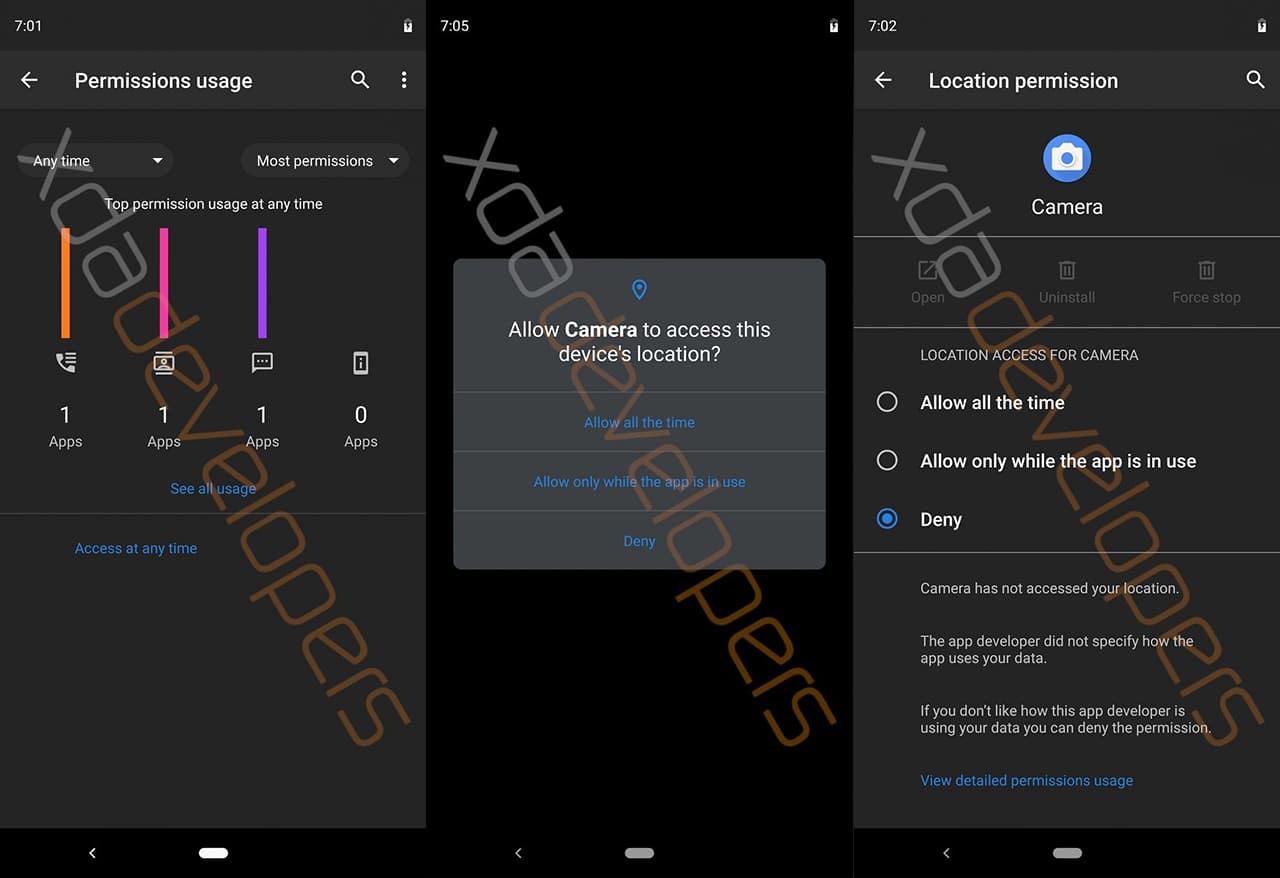 Android Q also appears to have some sort of “Desktop Mode” which is suspected to be similar to Samsung’s DeX mode. Unfortunately, it couldn’t be activated yet. This is going to be a big feature for those who rely on their Android phones for work, especially when traveling without a laptop.

There’s a lot to know about Android Q’s early build courtesy of XDA Developers. You may read more about the new features and the changes found on the upcoming Android version at the source link below.