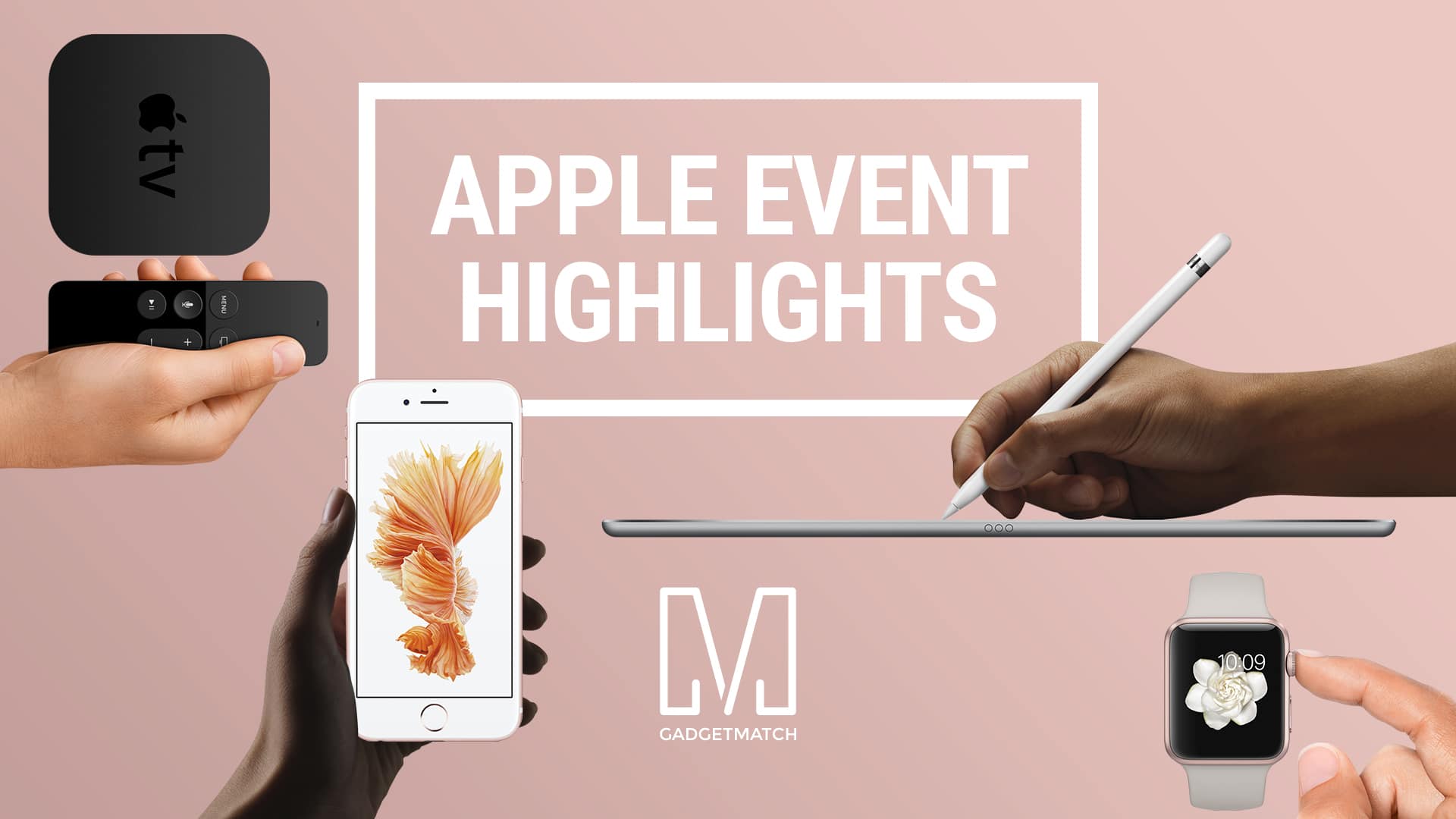 After weeks of waiting, Apple finally announced its new set of iPhones. But the smartphones are not the only thing that were unveiled at the company’s event. Here’s a rundown of what went down at the Bill Graham Civic Auditorium in San Francisco.

“Power and potential of watchOS 2 is unlimited”

Coming to Apple Watch users on September 16, watchOS 2 features improvements on existing apps as well as upcoming ones including Facebook Messenger, AppStrip, etc.

Apple is highlighted AppStrip as an app that can aid in healthcare showing in the demo how a user can send his or her heart rate data to a doctor all through the Apple Watch.

Apple also partnered with Hermes setting up the Apple Watch as truly a fashion accessory. A new set of watch bands are also coming our way.

“The biggest news in iPad since the iPad”

Apple is headlining its 2015 iPad lineup with the massive 12.9-inch iPad Pro. A device made with productivity in mind. Its size, multitouch functionality, and A9X processor lends itself nicely to multitasking.

Apple also made accessories for the iPad Pro. First is a dedicated keyboard that magnetically and instantaneously connects to the iPad Pro without the need for bluetooth or batteries. And the other one, a stylus that the company calls the Apple Pencil. Yep. Really. That’s what it’s called.

“The future of TV is apps”

Perhaps one of the biggest changes that Apple is pushing for is how we treat TV and that’s exactly what they set out to do with the 2015 Apple TV. The entertainment box has a redesigned interface and now has its own operating system called TV OS.

Apple is encouraging developers to make apps specifically meant to be enjoyed on the Apple TV.

Now equipped with the Siri-remote, you can interact with the Apple TV by pressing the mic button on the remote and asking Siri help you find content.

Pushing the “future of TV is apps” vision further is the inclusion of a host of games on the TV OS’s app store. What controller to use? The Siri remote has a touch area that acts somewhat like a trackpad to your Apple TV. You might even want to buy more than one Siri Remote as some games are multi-player enabled. What Apple didn’t mention is if there will be an actual game controller coming soon, but if they’re serious about double the Apple TV as a game console, the controller might already be in the works.

“The most advanced smartphones in the world”

Apple CEO Tim Cook seemed very proud of the work the company did on the new iPhones. Apart from the expected spec bumps, the iPhone 6S and the iPhone 6S Plus are equipped with what Apple calls the 3D Touch – it is essentially Force Touch. The same technology Apple introduced on the Apple Watch and the 2015 MacBook where the surface of the screen is able to detect pressure and launch a different command based on the intensity of the press.

4K video also makes its way to the iPhone 6S and iPhone 6S plus thanks to the much improved iSight camera which now has 12 megapixels. Speaking of camera, Apple also introduces a feature similar to Lumia’s Living Images. With 3D Touch, press longer on a photo and it will move. Apple explains you don’t have to do anything different. Just take a photo like you normally would and the camera will automatically extend the image its capturing to create the live photos.

It’s been years since the first iPhone was announced. We don’t mean to body-shame but it was short and a bit pudgy, if you may. Fast forward today, iPhones are only getting taller and much slimmer. Here are 8 everyday things that will remind you just how small the first smartphones were back in the day. END_OF_DOCUMENT_TOKEN_TO_BE_REPLACED

END_OF_DOCUMENT_TOKEN_TO_BE_REPLACED

Lusting over new iPhones but unwilling to fork over the cash? The best way to get your phone feeling like new is by upgrading its operating system (OS). It’s akin to giving your house a fresh coat of paint, except this one doesn’t cost you a thing. END_OF_DOCUMENT_TOKEN_TO_BE_REPLACED