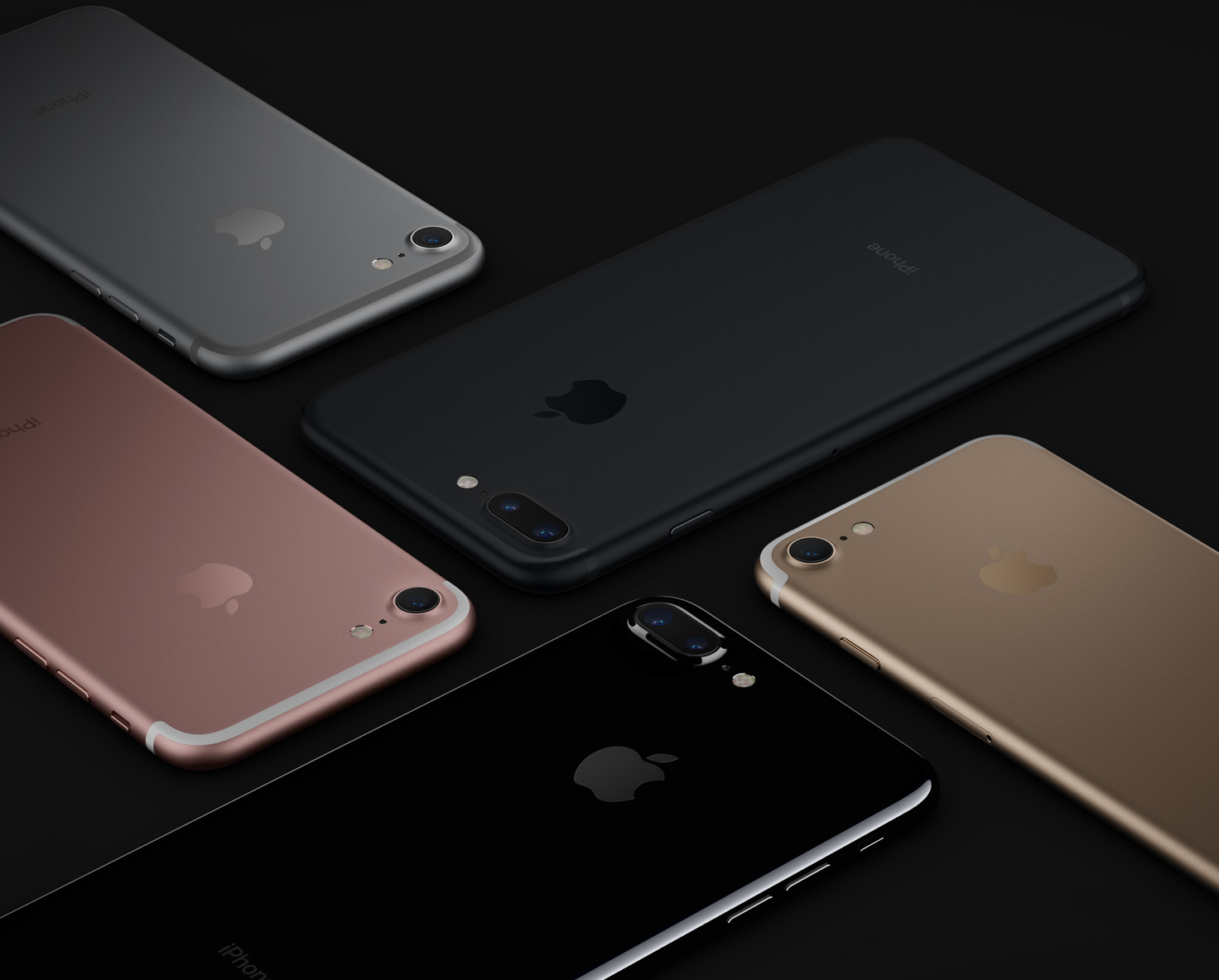 A lot has been said about the next Apple smartphone prior to today’s keynote address, and pundits have been divided over what the new phone has and what it lacks. Many even questioned whether Apple was still capable of redefining consumer technology, whether it could still move the needle like it did during its boom years.

Today’s affair proved that Apple, in the post-Steve Jobs era, remains capable of taking chances, even at the risk of angering loyal customers. Waging war against the headphone jack is only the beginning; the SIM card you and I are familiar with could be next on Apple’s kill list.

The American tech titan isn’t in dire straits — not yet, anyway. But it has seen the writing on the wall, it has seen its earnings slide for two consecutive quarters. And it has seen what Samsung’s top phones are capable of.

The iPhone 7 and the larger iPhone 7 Plus represent Apple’s best chance of challenging the present and getting its financial future back on course. 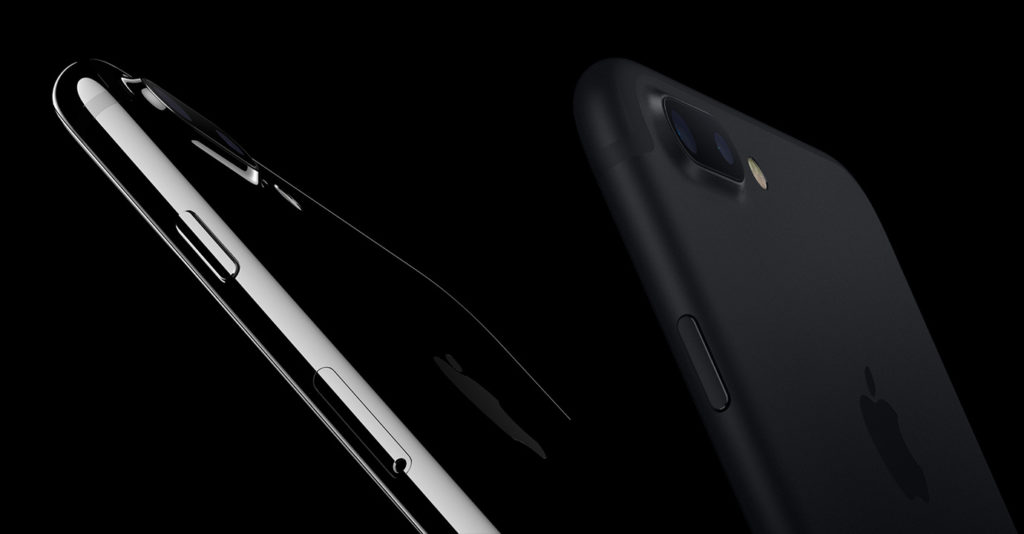 Besides silver, gold, and rose gold, the iPhone 7 will be available in Jet Black (left) and Black (right)

Apple, with its back against the wall, isn’t messing around this year; the new iPhones are shaping up to be much more exciting than some people give them credit for.

First things first: That new glossy Jet Black iPhone is lit; Apple scrapping the familiar Space Gray finish in favor of a darker shade seems like the right move at the right time. The photos don’t quite do it justice. Of course, the iPhone 7 and iPhone 7 Plus are also available in classic gold, rose gold, and silver colors, plus a matte black variant simply called Black.

But new and old colors aside, this year’s iPhones are reminiscent of previous models, even similar in size and shape, further suggesting a major redesign is indeed coming next year. That said, those expecting a glut of cosmetic changes apart from the stuff that have already leaked online will be disappointed.

For the uninitiated, here’s the TL;DR version of the subtle design tweaks: the antenna lines have been redesigned to embrace the top and bottom of the devices; the standard model has a larger lens to accommodate an improved camera system, whereas the iPhone 7 Plus gets a wide-angle and telephoto lens; the headphone jack has been jettisoned to make room for stereo speakers and to offer better waterproofing. 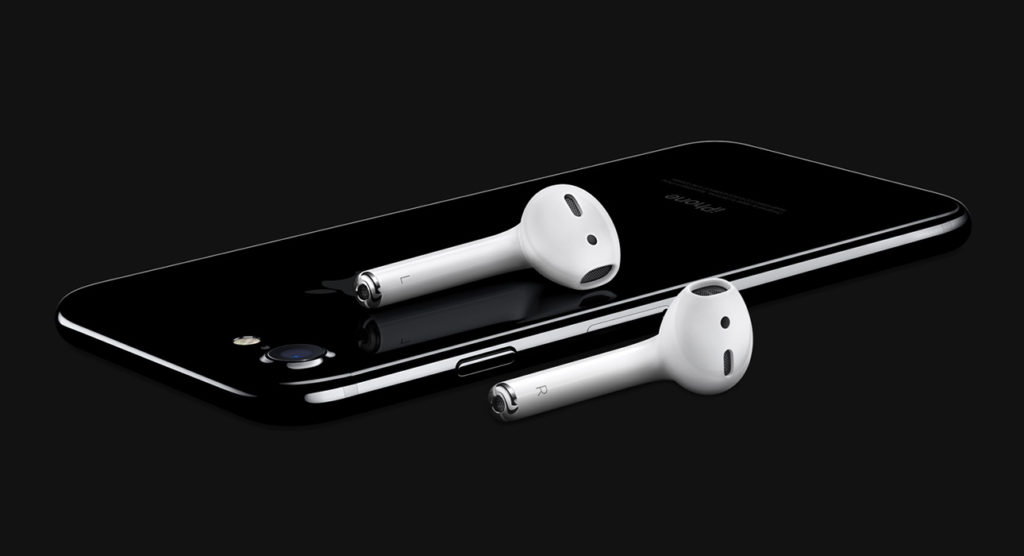 Yes, the analog port is no more (all hail the Lightning connector). Apple said it will ship a pair of Lightning-compatible earphones, alongside an adapter in the iPhone 7 box for non-Lightning headphones. (To that end, it will be releasing a set of $159 wireless headphones called AirPods as well.)

And, yes, the iPhone 7 and iPhone 7 Plus are now more toilet-proof than ever, though to be fair, last year’s iPhones have proven to be quite resistant to water damage. Just don’t leave them fully submerged too long because they aren’t waterproof.

Both phones have a re-engineered home button that utilizes the same technology found in newer MacBooks; the button doesn’t click when you press it, and it responds differently to touch. 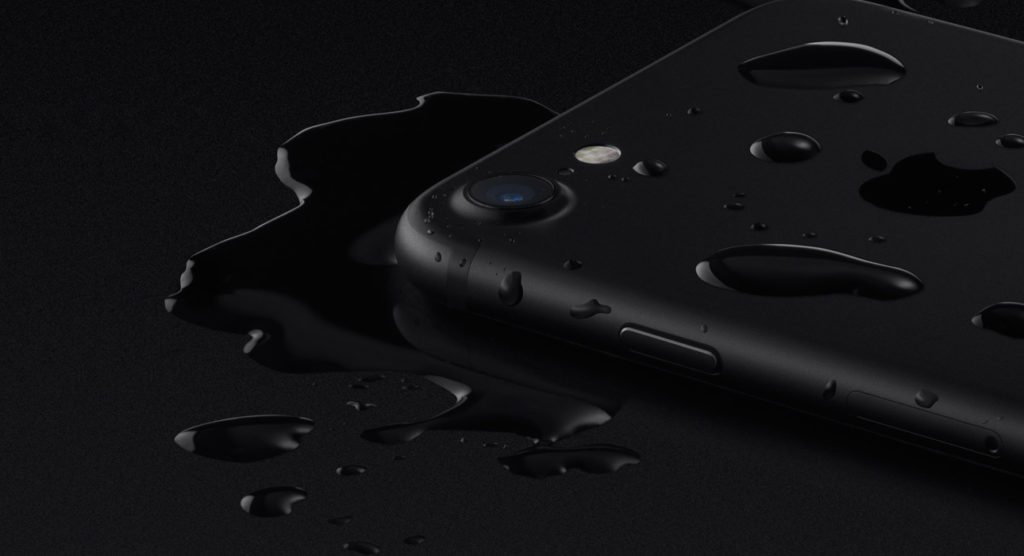 The latest iPhone can get wet and dirty

The screen resolutions (720p and 1080p) and sizes (4.7 and 5.5 inches) remain the same as those on previous-gen models, though the panels have been upgraded to produce brighter and more color-accurate images. The displays still support Apple’s 3D Touch feature for shortcuts.

Inside, Apple’s iPhone 7 and iPhone 7 Plus are stepping up to an A10 Fusion processor that is said to be 40 percent faster in computing tasks and 50 percent quicker in graphics than that of recent iPhones, all while keeping power consumption in check. The new iPhones deliver “the longest battery life ever in an iPhone” and are supposed to last at least an hour longer on a single charge than the 6s. 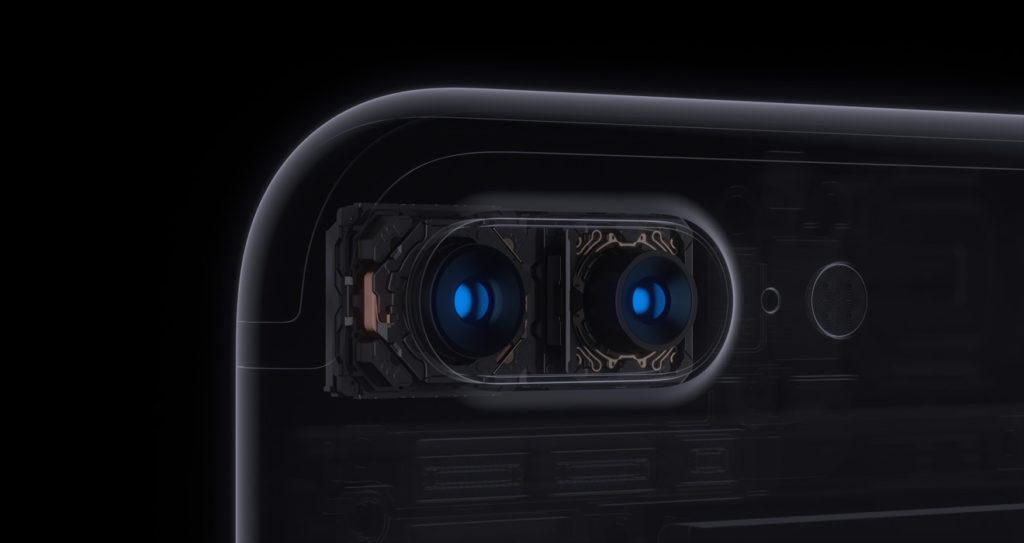 Dual-cam system of the iPhone 7 Plus 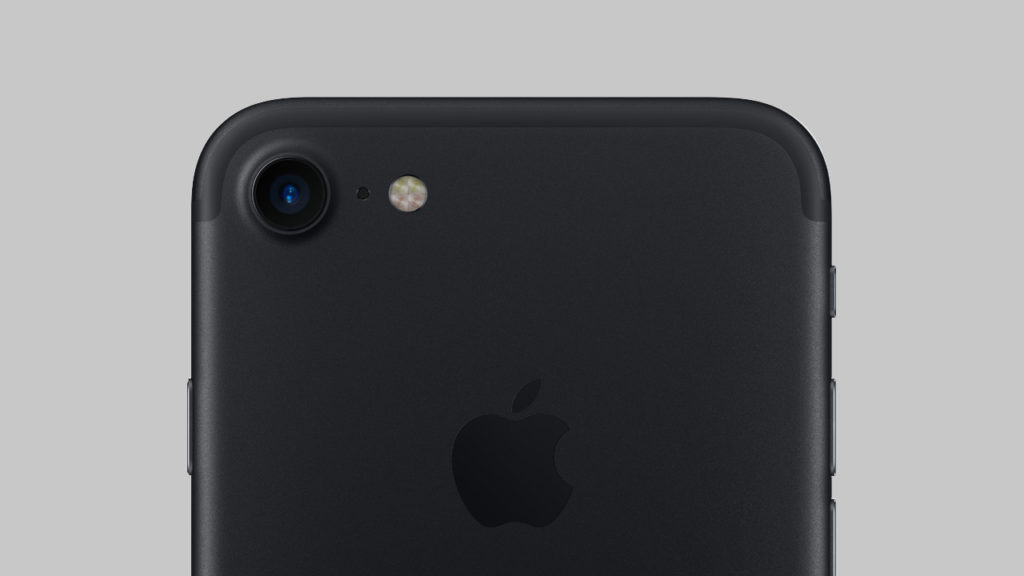 Now about the rear and front cameras: The standard iPhone 7 has a 12-megapixel sensor that captures more light for better image quality. It also uses less power, and is quicker to snap photos. The front-facer has been bumped to 7 megapixels, from 5 megapixels in the iPhone 6s, which should result in sharper selfies.

The most notable upgrades from an imaging standpoint, however, can be found in the 12-megapixel, dual-camera system of the Plus variant. It allows for true zoom without compromising on image quality. It can also use both cameras to artificially create a shallow depth of field, though the feature requires a software update due later this year.

Pre-orders for Apple’s iPhone 7 and iPhone 7 Plus start today, September 9th, in the U.S. and other markets; the phones ship a week later on the 16th. The iPhone 7 base model with 32GB of storage (16GB versions are now off the table) is priced at $649 off contract. The iPhone 7 Plus, on the other hand, is more expensive than its predecessor and will run you $769 for the off-contract 32GB edition. The new range of storage options include pricier 128GB and 256GB models.

END_OF_DOCUMENT_TOKEN_TO_BE_REPLACED

Hey, remember when Apple announced the iPhone 7, and people were really excited about the bigger iPhone’s Portrait mode — aka the thing that allows you to lace close-up shots with creamy bokeh, like how an SLR camera would — only for them to find out the feature would be added later as a free software update? END_OF_DOCUMENT_TOKEN_TO_BE_REPLACED

IPhones, as Apple fans — even the most zealous ones — will tell you, have the unfortunate reputation of having a short battery life. And while the new iPhone 7 should last at least an hour longer than its immediate predecessor, Apple still thinks users could use a bit of help getting through a full work day. END_OF_DOCUMENT_TOKEN_TO_BE_REPLACED