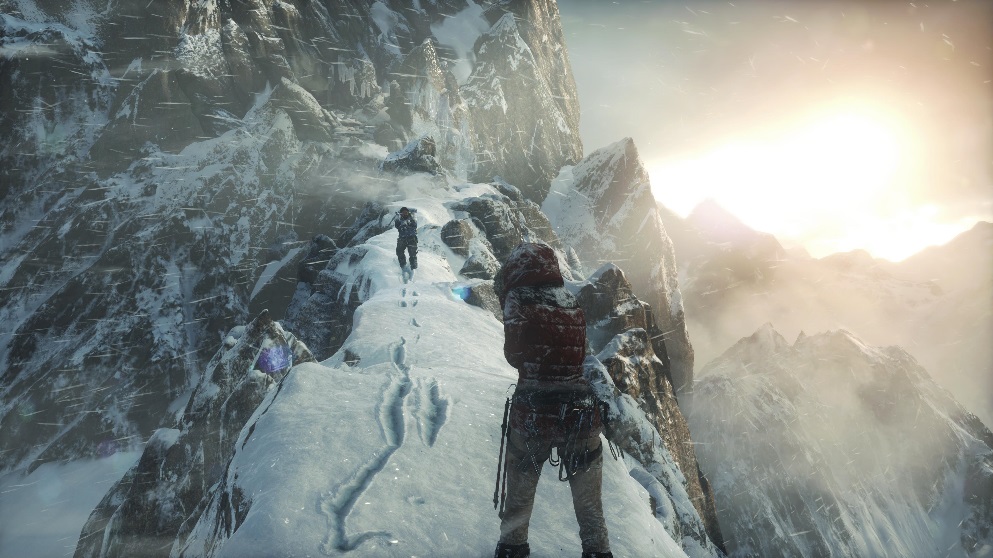 Back in March, several days after announcing a $30-per-movie 4K HDR streaming service, Sony unveiled a new generation of expensive TV sets in the Philippines that not only promise ultra-sharp visuals, but HDR or high-dynamic-range lighting as well.

I attended the media event, saw the new screens up close and thought to myself, “Now this is the future of gaming.”

To be clear, I wasn’t talking about 4K technology, which has been around for quite a while, and hasn’t taken off the way it once seemed destined to.

There’s plenty of blame to go around, but I always thought the market wasn’t ready to spend a fortune upgrading to a new TV that, given the right circumstances, could make things look sharper than they already were. If you were sitting a few feet away, you probably couldn’t tell where those extra hundreds of dollars went, anyway.

Plus: TVs are like cars; once you get one, you stick with it for as long as you can until it breaks down or slowly crumbles away. But I digress.

I was referring to high-dynamic range, the latest  buzzword in the industry. Only it’s less marketing gimmick to sell TVs and related hardware and more pushing the needle forward in a way that most consumers will notice, in a way that one can see from across the room. 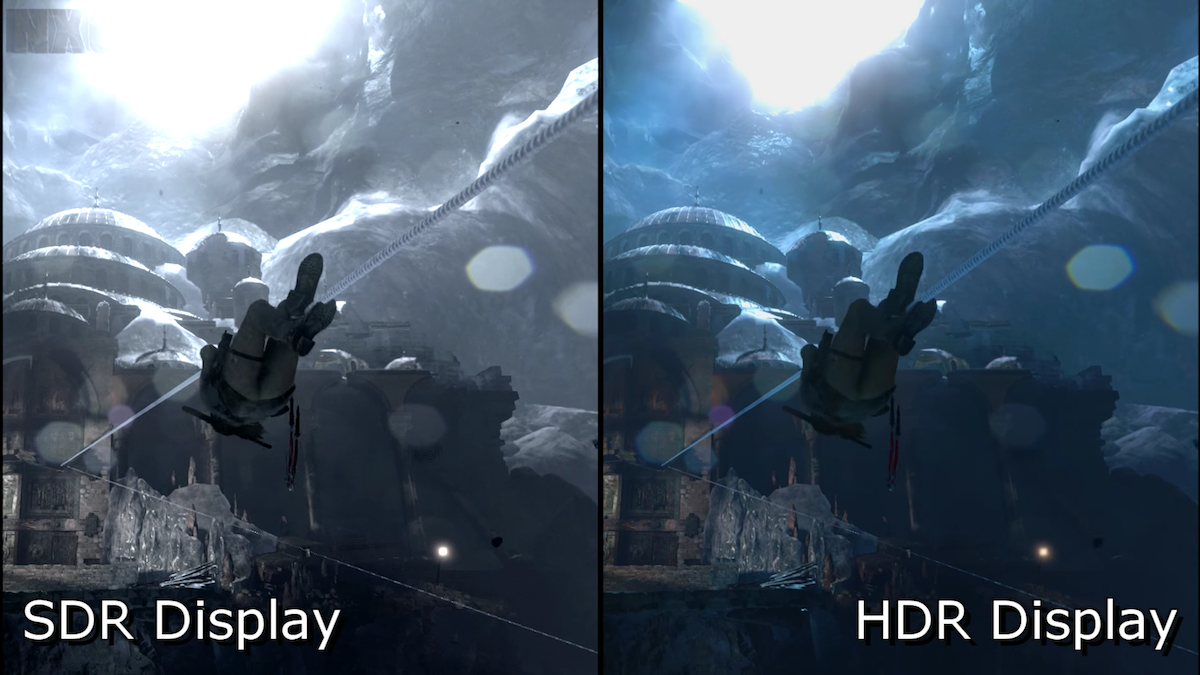 Remember what it felt like, the butterflies in your stomach, when you first laid eyes on a high-def screen? My initial, if limited, experiences with HDR had that effect on me.

What does high-dynamic range mean for picture quality? Let me get technical here for a second. The technology improves visibility in areas of peak brightness and peak darkness, thus allowing you to see a more nuanced range of whites and blacks. Content can look far more realistic than what’s possible with a non-HDR TV, with colors that seem to jump off the screen. So yeah — better picture quality.

If you ask me, out of all the good reasons to upgrade your existing HDTV, HDR is about as good as it gets, because better — not sharper — images is the sort of technical improvement we can all raise our glasses to. Trust me when I say you’re gonna want to own an HDR TV when you see one. 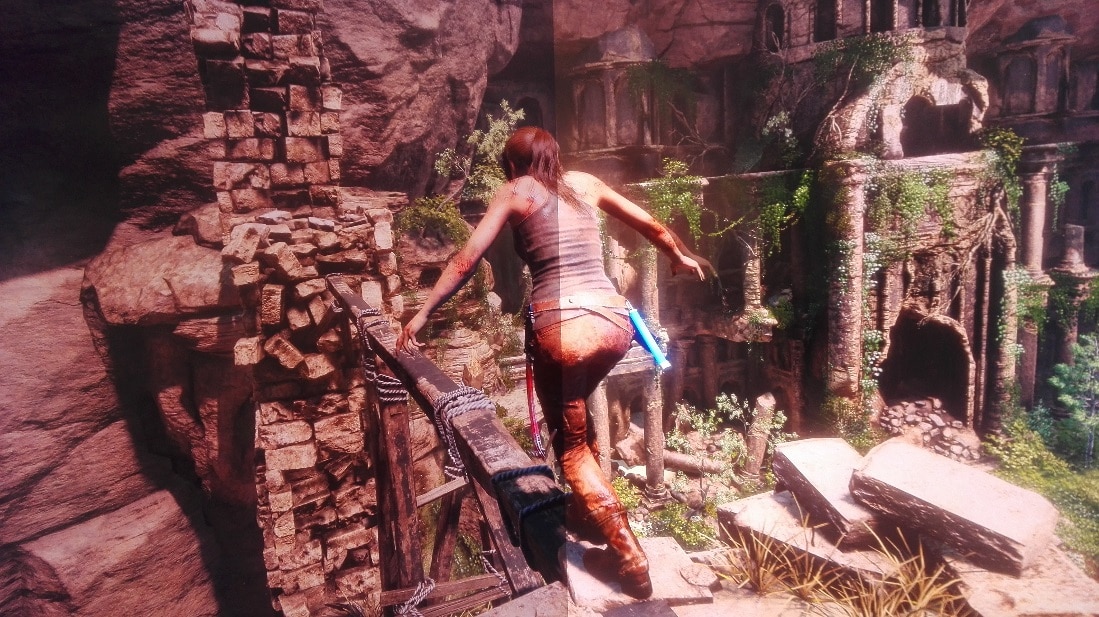 It gets better still: More HDR (and 4K) content is expected to arrive soon. Not just movies and TV shows, not just offline but online, too.

But I’m more excited about what the technology could do for gaming at large. Luckily, we don’t have to wait too long to find out.

Sony has already released a software update that allows all PlayStation 4 models to support high-dynamic-range color in games, though there are none available at the moment; Microsoft’s Xbox One S has the same feature and one game — NBA 2K17 — that’s encoded in HDR format. A post-launch patch for NBA 2K17 will bring HDR compatibility to the PS4.

Yes, a patch. It turns out adding HDR lighting to games doesn’t require much effort, as some game developers have told Polygon. One developer even said it “had an extremely small impact on development,” which is very encouraging to hear.

Optimizing video games to run at 4K? That’s for another discussion. One that may not be necessary when HDR adoption starts to pick up. 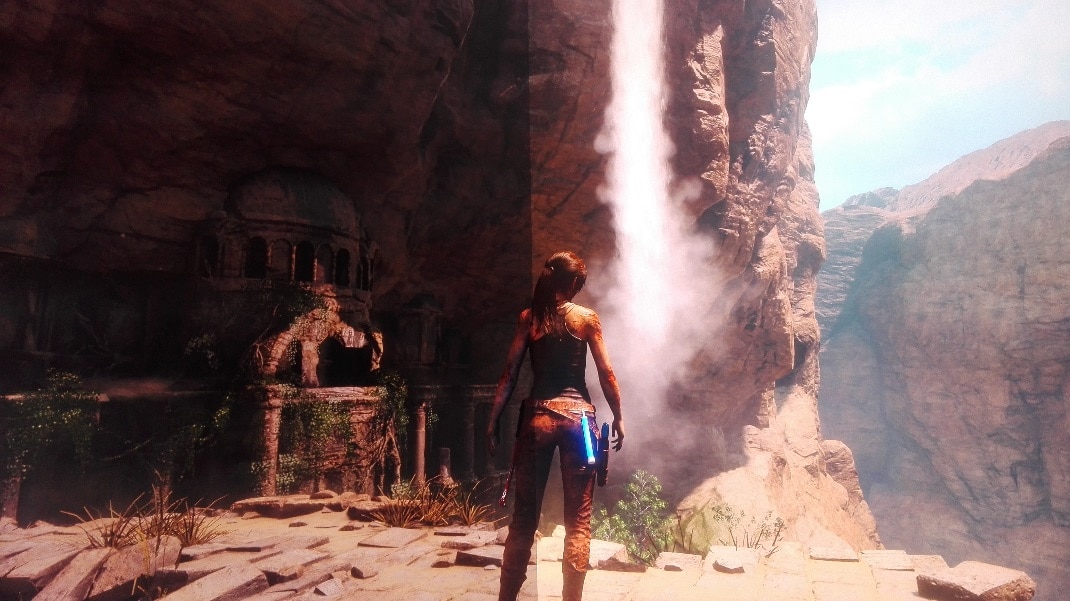 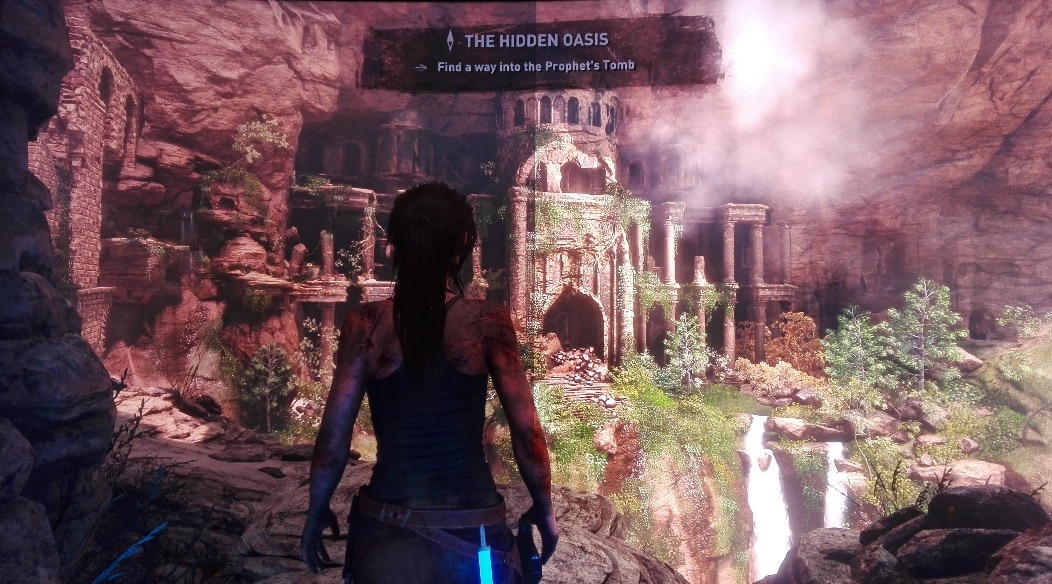 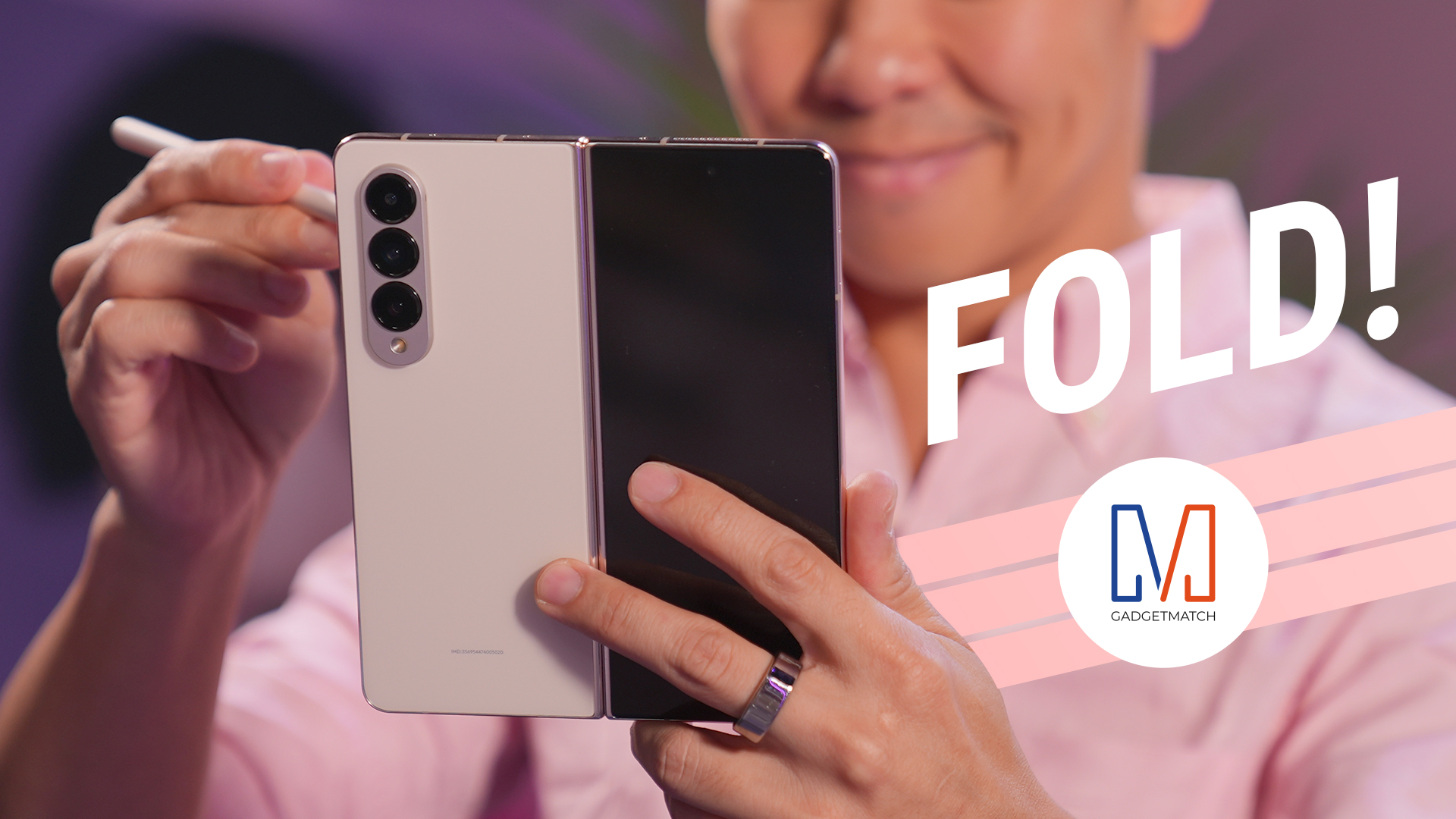 Samsung paved the way for foldable smartphones that transform into tablets.

That engineering marvel made the Galaxy Fold possible.

After three years, the Galaxy Z Fold continues to evolve.

The Galaxy Z Fold4, while it may look almost the same as the Z Fold3, offers upgrades that one should consider.

What are those changes?

You should definitely watch our Samsung Galaxy Z Fold4 hands-on for you to find out.

Watch Before You Buy 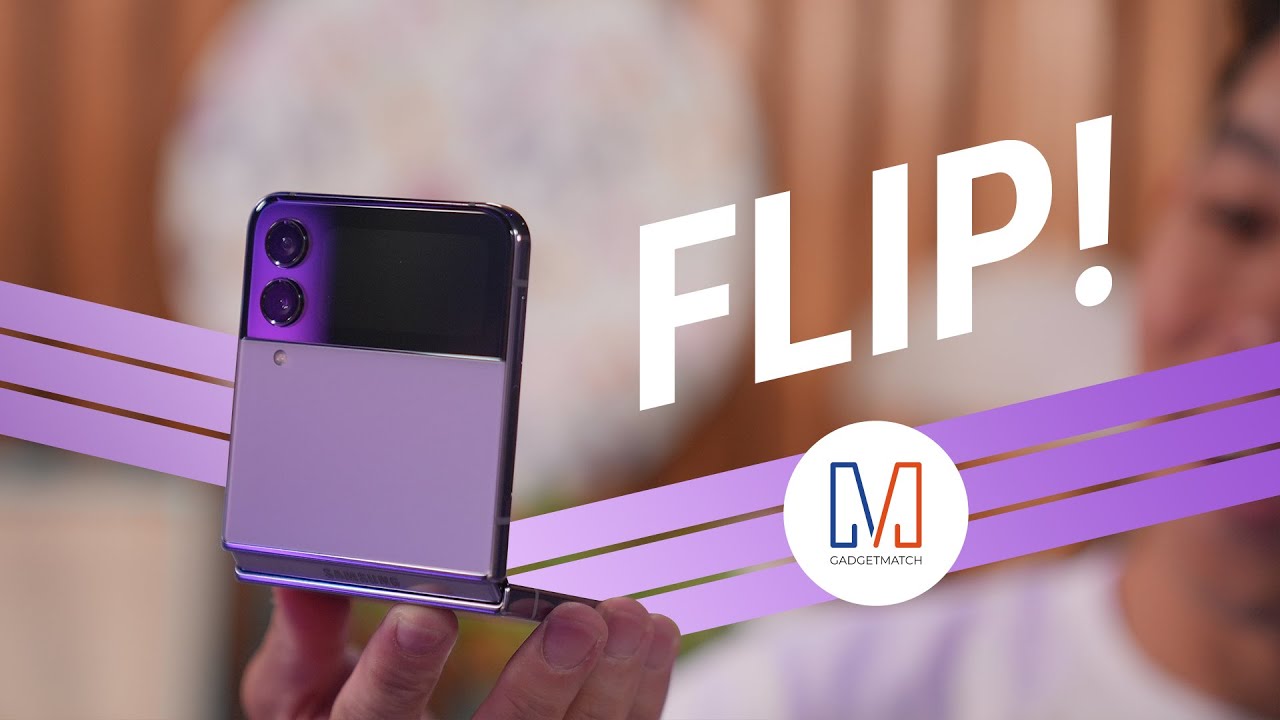 Of all the foldables that have been around for the last few 3-4 years, the Samsung Galaxy Z Flip has been the most fun.

While it looks exactly like last year’s Galaxy Z Flip3, it comes with some nifty improvements.

But should you rush out and pre-order though?

Head over to our Samsung Galaxy Z Flip4 hands-on video to know more.

For a bolder you 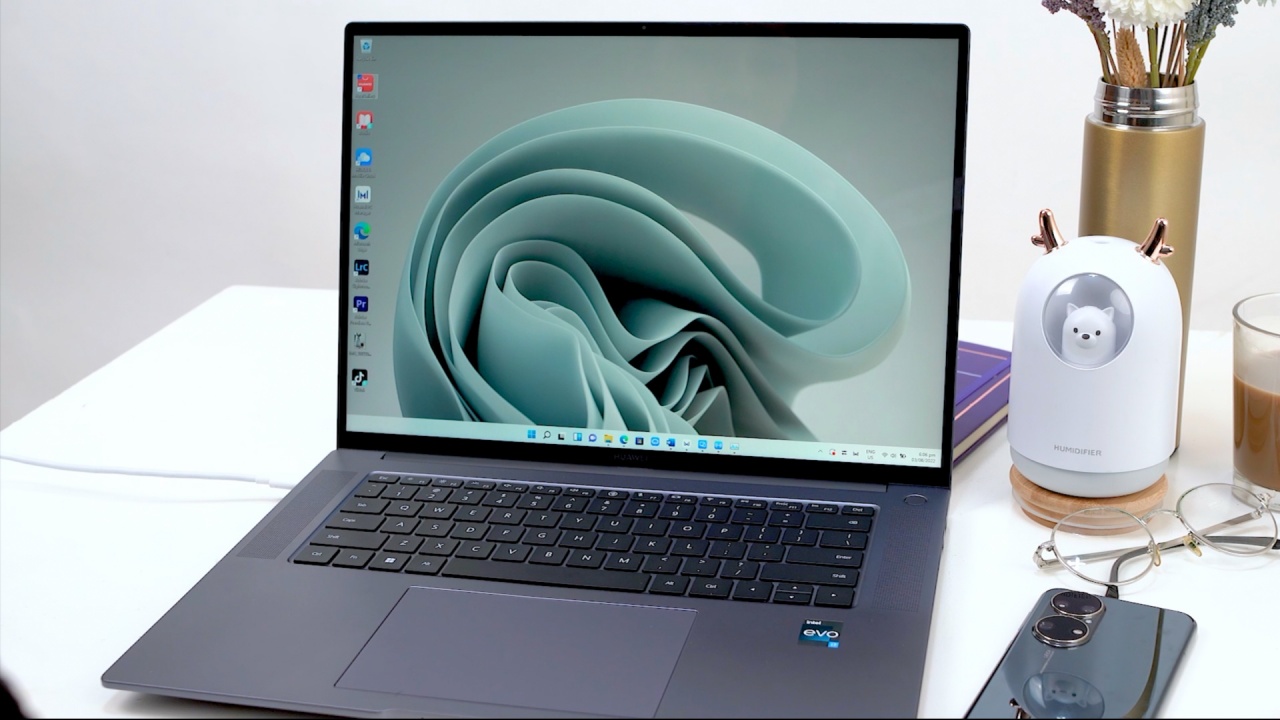 After seeing some success with their MateBook D15 laptop, the company decided to up the ante in literally every category imaginable.

This is the Huawei MateBook 16s. As the name suggests, it is a big boy. But it’s more than just a bigger MateBook. Huawei also made sure to up the specs for better overall performance. All while also adding some smart features, making it a bright work companion.

Let’s break down how this bigger, better, and brighter laptop is great for a bolder you.

First and clearly most noticeable is the 16-inch display. It’s touchscreen and also has a 90 percent screen-to-body ratio. That’s sexy.

You’re also getting a 3 by 2 screen aspect ratio which is great if you’re pulling windows side-by-side for multitasking. Lastly, it makes sure your eyes are protected with a TUV Rheinland certification for both Blue Light and Flicker.

It’s also designed with creatives in mind. The screen’s color accuracy is professional-grade. So, for creative work like touching up images, video editing, and anything of the sort, you can rest easy knowing the display is showing the right colors.

After work, you can kick-back, relax and watch videos comfortably.The big screen is great for binge-watching Netflix series or just getting lost in a YouTube blackhole. The speakers on the side help make the viewing experience even more pleasant and immersive.

The Matebook 16s maintains the unibody design. It looks sleek and sturdy despite the larger body. And the larger body also lends to a more comfortable full-sized keyboard. The keys have a satisfying travel and are spaced just right. You also get a large glass touchpad, making navigation an absolute breeze.

The bigger body also means more ports. On the right side, you’ll find  two USB 3.2 Gen 1 ports. And on the left side, you get two USB-C ports, one of which is thunderbolt 4. Alongside it are the HDMI port and 3.5mm headphone and microphone jack.

This 16-inch notebook is also better in so many ways.

The camera is placed where you would usually find it. And the camera itself is in 1080P and also wide angle. Even more impressive, it’s an AI camera with built-in video effects. FollowCam and Eye Contact work in tandem to make sure you’re always in the center of the frame and that the line of sight adjusts to you.

And then there’s Virtual Background which lets you select the background you want to use in any video calling platform.

But of course, the meat of being better comes in the specs department. The Matebook 16s is available in Core i5, i7, and i9 processor variants. All of which are Intel EVO certified which means you can expect a heavy-hitting performer.

And you’ll definitely need all that power if you work with plenty of image or video assets. Same is true if you use other software that requires heavy duty performance. Whatever the case, the Matebook 16s is equipped to handle it all. And for an extended period too.

To ensure things stay cool when the workload gets heated, Huawei implemented a gaming-grade size dual shark fin fan for quiet cooling. This helps heat dissipation so the laptop can perform at its best. All while being quiet while it’s at it.

But you know what’s surprising? A laptop this big actually has a smaller power adapter. Normally, big boys like this also have huge power bricks. But not the Matebook 16s.

It has this instead: Don’t let the size fool you, though. The highest version supports the 135W power adapter which juices up the laptop up to 50 percent in just 30 minutes.

It’s the Huawei SuperCharge but for a laptop. We love to see it.

Now, what sets the Matebook 16s apart from other laptops is its array of Smart features.

This notebook is part of Huawei’s whole Super Device initiative. Super Device means different Huawei devices working in tandem for a more seamless workflow for the user. We have an entire video detailing this that you can check out after watching this one.

But essentially, with this laptop, you can hook up your Huawei phone and tablet. Once connected, you gain easy access to the files and apps on said devices. And you can even launch a phone interface alongside your other apps. This means you don’t have to lift your phone just to check on it. You can work on everything straight from the laptop.

While we have you here, we’d also like to mention the sibling of the 16s — the Huawei Matebook D16. Specifically, the D16’s Metaline Antenna located right around the top-right side just above the keyboard.

What it does is it ensures the laptop gets the fastest connection possible, giving you an advantage no matter what network you’re connected to.

Another thing present on these Huawei laptops is the Huawei Mobile App Engine. What it does is kind of merge the worlds of Huawei PCs and smartphones.

Now, take all of the benefits we mentioned, and imagine yourself using the MateBook 16s. Can you see it now?

Enjoying the big screen and all its color accuracy benefits to help you with work. Opening phone apps without actually having to reach for your phone. Not needing a dongle for extra connectivity. And just kicking back and relaxing with it at the end of the day.

The Matebook 16s is a hard and smart worker’s dream. It’s a complete package that’s bigger, better, and brighter than matebooks have ever been.

And that definitely will make for a more confident and bolder you.

The new laptops are now available for pre-order via Huawei’s official online store, as well as Lazada and Shopee.