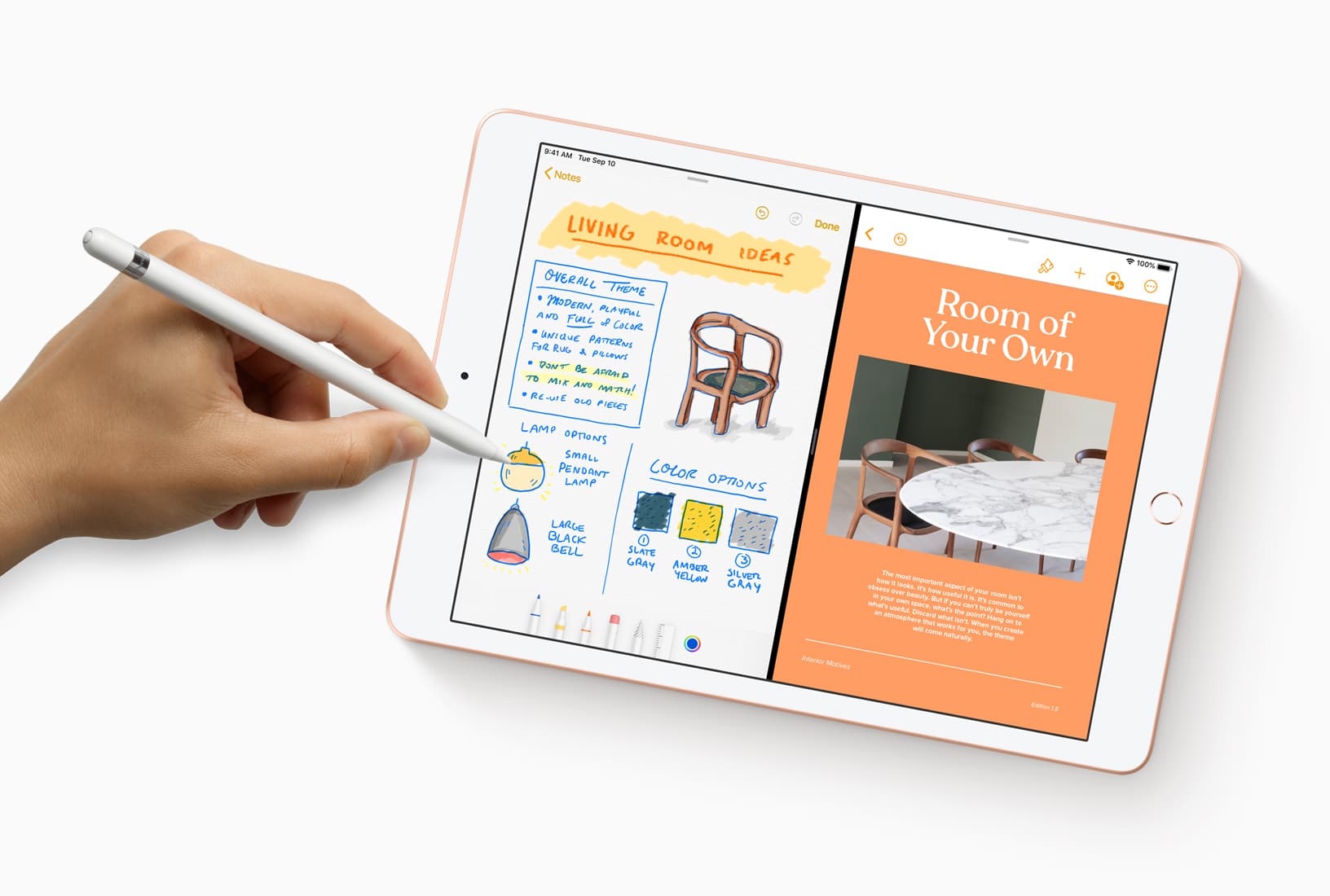 Aside from the new iPhone 11 and iPhone 11 Pro, Apple also unveiled a refresh to its iPad line. The new 7th generation iPad packs a larger display, a slightly powerful processor, and a refreshed design incorporating the Smart connector for accessories.

Along with an immersive viewing experience, the new iPad also packs a slightly more powerful processor in the form of A10 Fusion chip. This three-year old chip first debuted in the iPhone 7, but its performance should still hold up against the competition.

And for the first time ever, the new iPad incorporates a Smart connector. Apple’s proprietary Smart connector is used for connecting its Folio keyboard, so users can use it like a compact laptop. The 1st generation Apple Pencil is also supported, which is great for users who rely on sketch or note-taking apps for their workflow.

Elsewhere, the new iPad retains the Touch ID for authentication. It also has slightly outdated cameras, with an 8MP camera on the rear and a measly 1.2MP camera on the front.

Apple is also touting the new iPad’s battery life, claiming that it can lasts up to 10 hours. However, battery life may vary depending on its usage.

Pricing starts at US$329 for the 32GB model. Meanwhile, the 128GB model starts at US$429. It is now available to pre-order in US, with more markets to follow later.

The new iPad is a decent tablet at an affordable price due to its larger display and a slightly improved processor. It is also the perfect choice for those buying an iPad that don’t need the powerful performance of the iPad Pro but also don’t want the small screen of the iPad Mini. However, those who don’t mind buying an Android tablet can snag a more affordable tablet with the likes of Samsung Galaxy Tab A and the Huawei MediaPad M5.