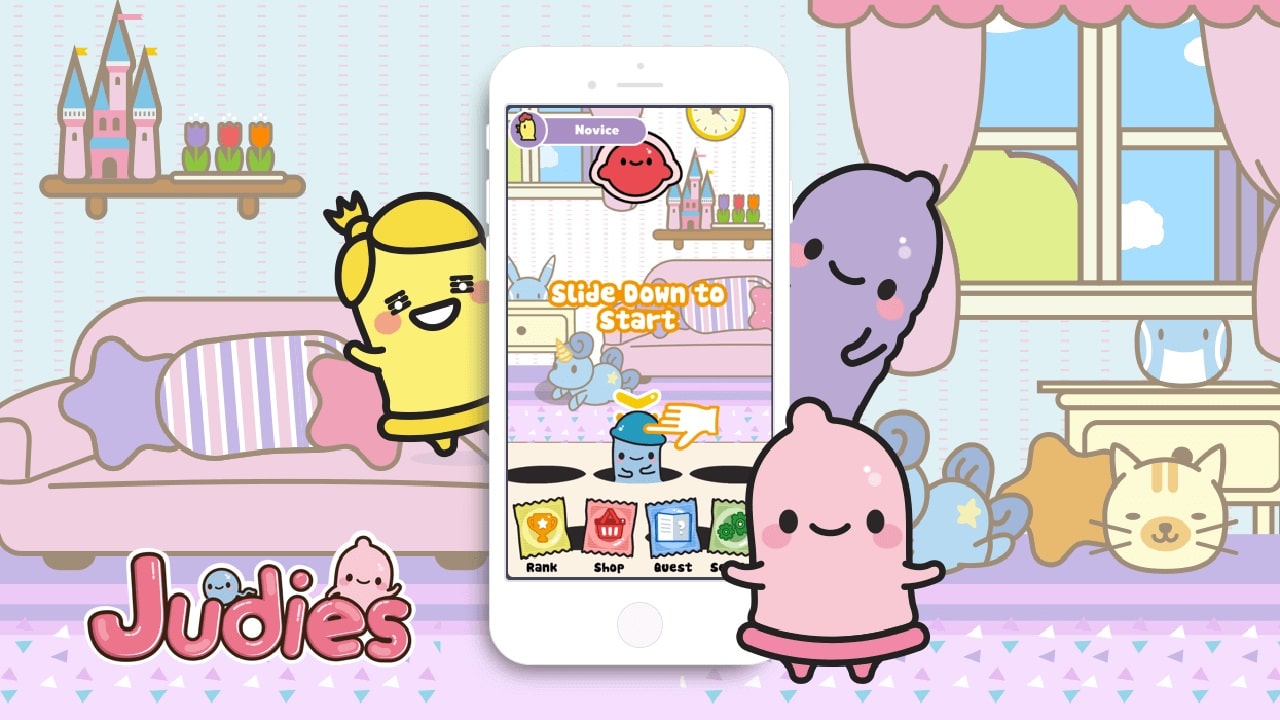 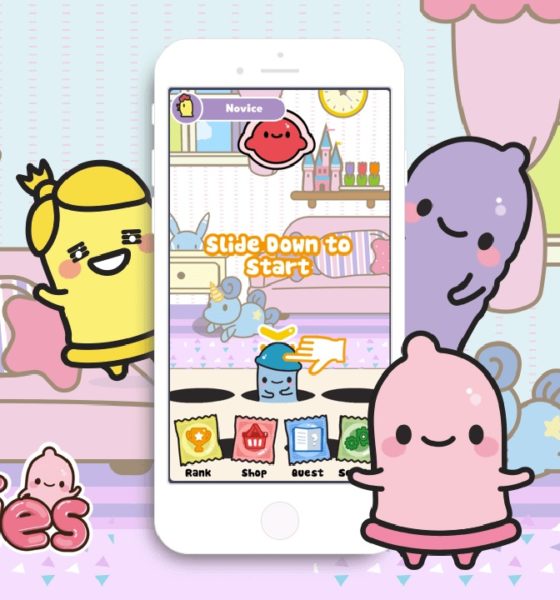 I stumbled upon this game by accident and I regret nothing.

I’ll cut to the chase: The game is called Judies. The game’s motto? No glove, no love; no balloon, no party. Silly? Pretty much, but this game gets nonsensically fun. 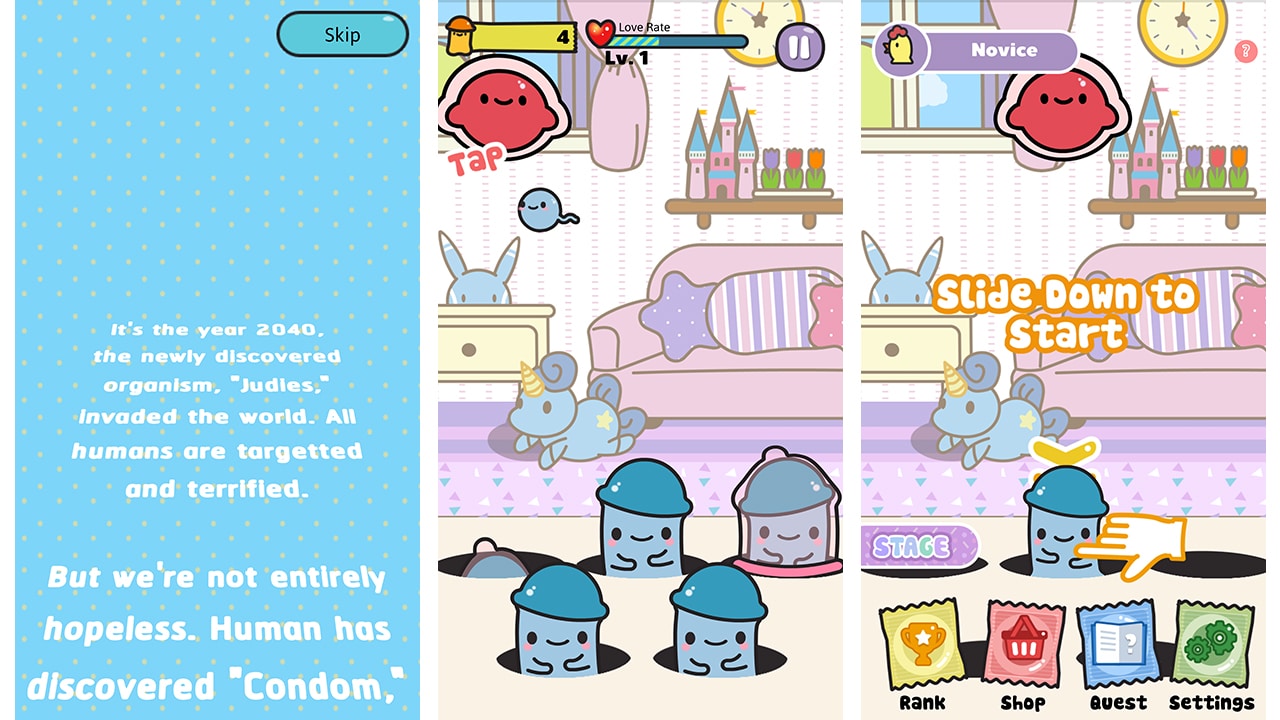 This game is adorable and strangely informative. There are three story stages and the goal is the same across all the stories: Cover Judies with condoms. The first stage of the story is simply like wack-a-mole where different Judies come out of holes and you have to fend sperm away from the red floating egg.

As you level up, you unlock more stages where you can explore other types of play with the same basic goal. 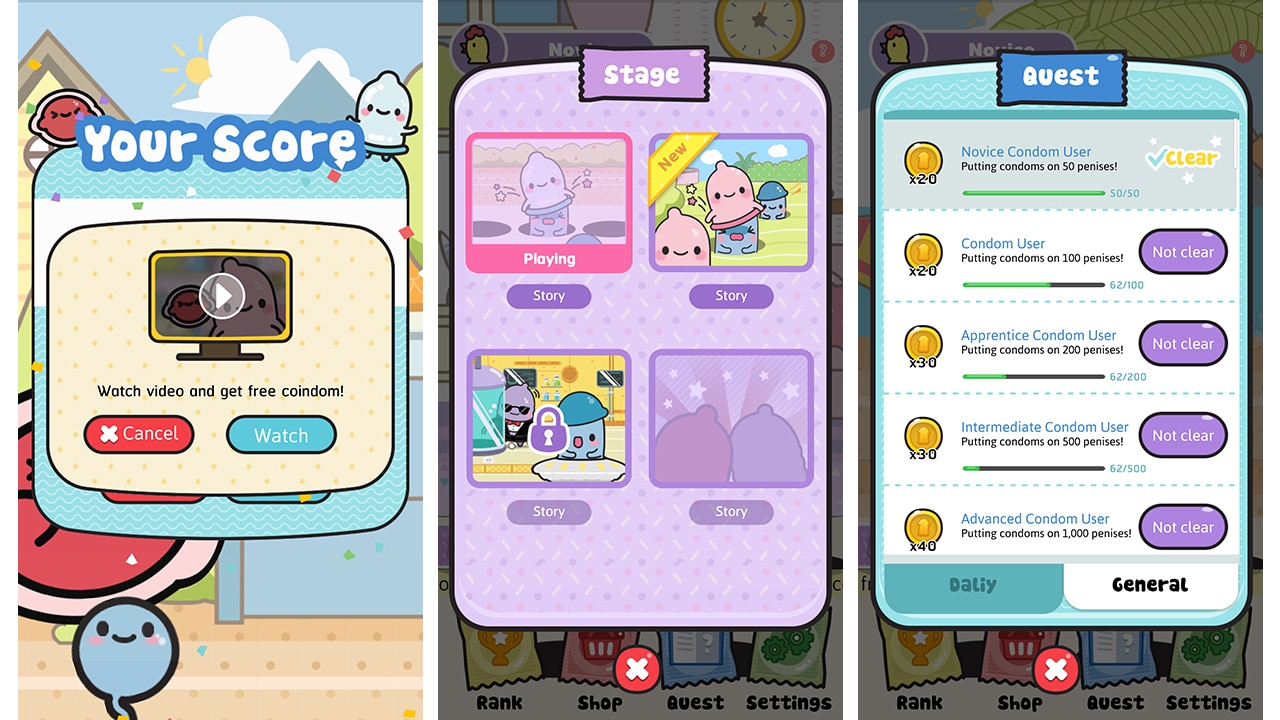 When I said the game was informative, it’s because when you encounter Judies already with a condom on them, you shouldn’t put another one on. It will eventually explode and Sperms come out to chase after the Egg. That’s how you lose the game.

This bit is pretty much accurate for those of you who don’t know: Putting two condoms on will likely tear them both making it completely useless and ironic.

It has fundamentals down pat

Truthfully, this isn’t scientifically accurate as to how you get someone pregnant, but it gets the message across. There’s no point in hiding behind innuendos; this game is about safe-sex. In-between game-plays, you encounter witty notes like this: 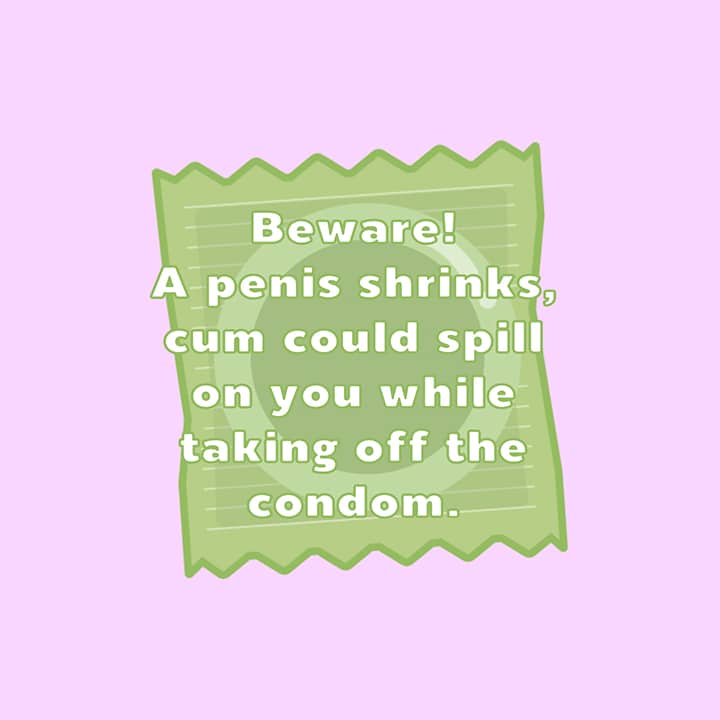 You’ll discover more entertaining things about this game as you play more of it. There are quests and rankings like any other game but to add to the cute factor, Judies lets you customize your own condom. 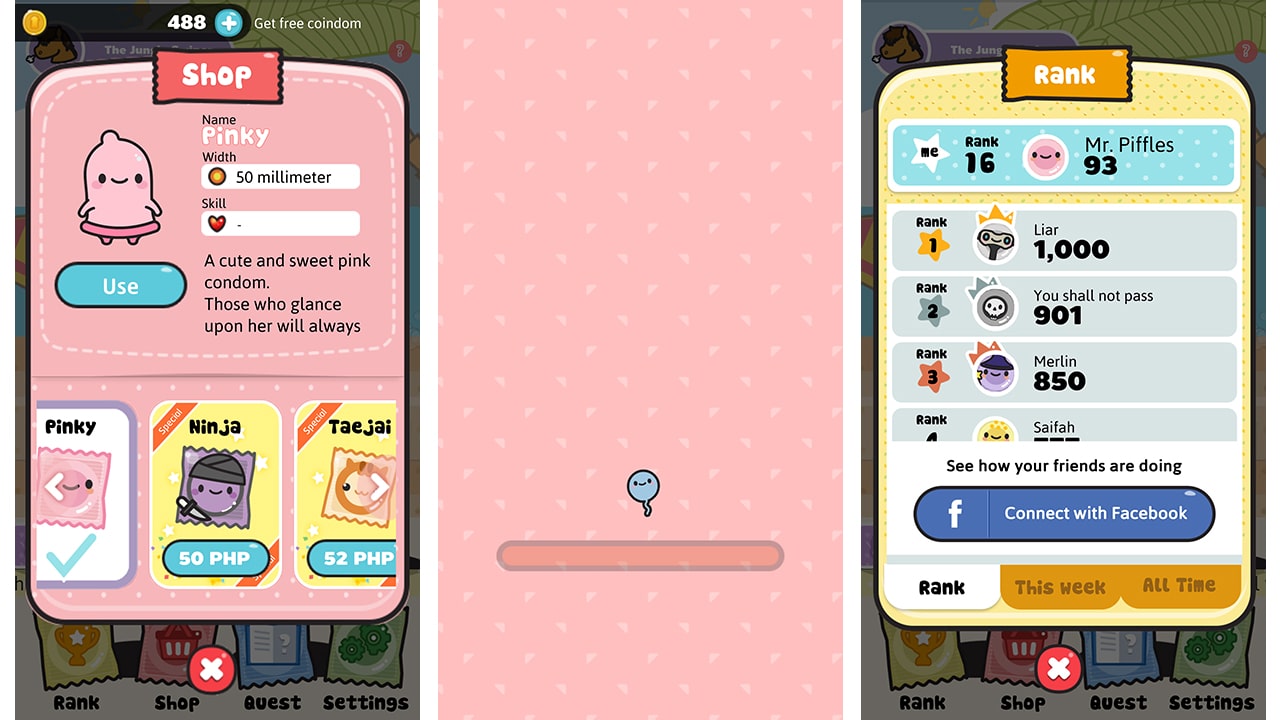 The game is for free on Android. As much as I wish there were more to this game than sex, penises, and condoms, this is all the action you’re going to get if you start playing it.