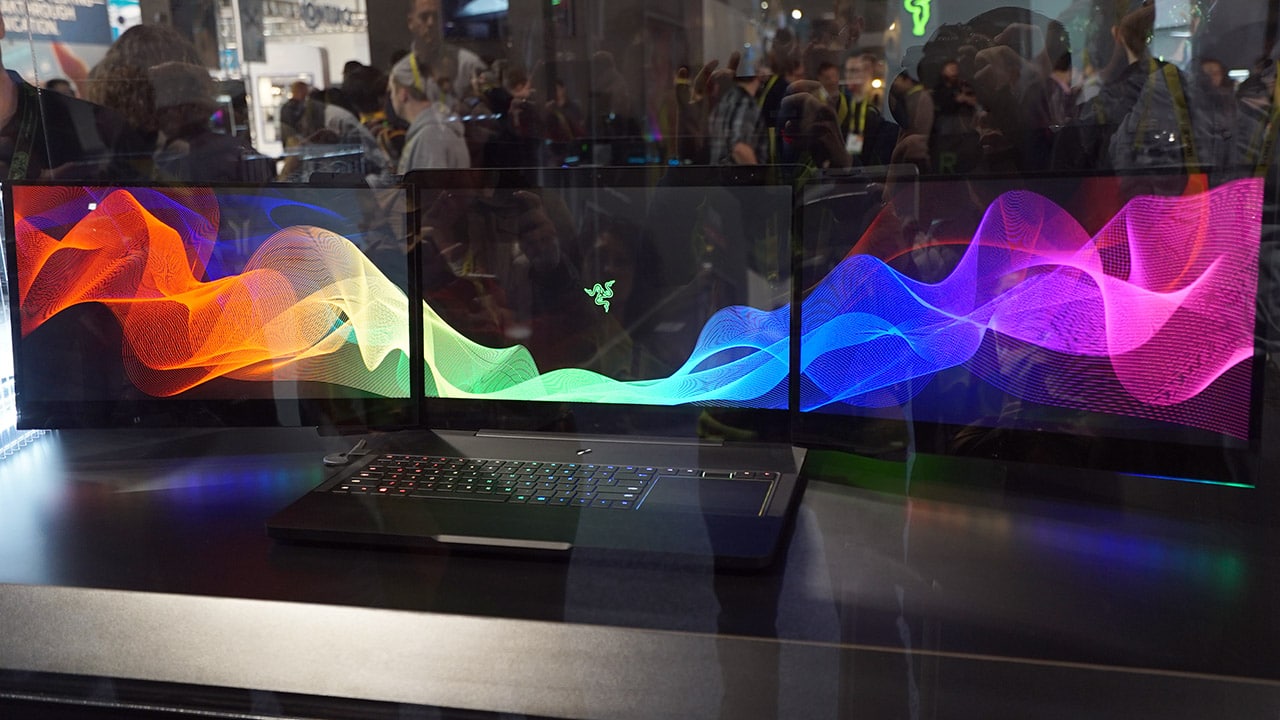 Back when Acer unleashed its curved gaming laptop a few months ago, Razer must have thought to itself, lame!

That’s because the gaming brand came up with a notebook that could possibly trump Acer’s $9000 behemoth, and it’ll do so with a total of three monitors pushing an astonishing resolution of 11,520 x 2,160 pixels.

Clearly in its prototype stage, Project Valerie exists purely to show off how bonkers Razer and gaming notebooks can get. While there’s no price or release date yet, it’s possible we’ll be seeing a commercial launch later this year. Razer has to beat the likes of ASUS and Samsung after all.

So, why have a triple-monitor setup on a laptop? Multiple monitors are a staple for any serious video and music editing desktop setup, as well as gaming rigs geared towards strategy games. Their problem, however, is the hassle of dealing with all the cables and lack of desk space. Project Valerie solves that, somewhat.

To add to the convenience, the two extra 17.3-inch 4K monitors fold into the body when you’re done playing. Other than that, the specs match what we’ve already seen on Razer’s new Blade Pro, which includes the latest high-end processors of Intel and NVIDIA, plus a low-profile mechanical keyboard.

One flaw we can see here is how the battery will handle all those monitors running at once. Either this notebook is meant to stay put on a desk, or Razer is figuring out how to make this concept device more practical, hence the need for feedback during CES 2017.