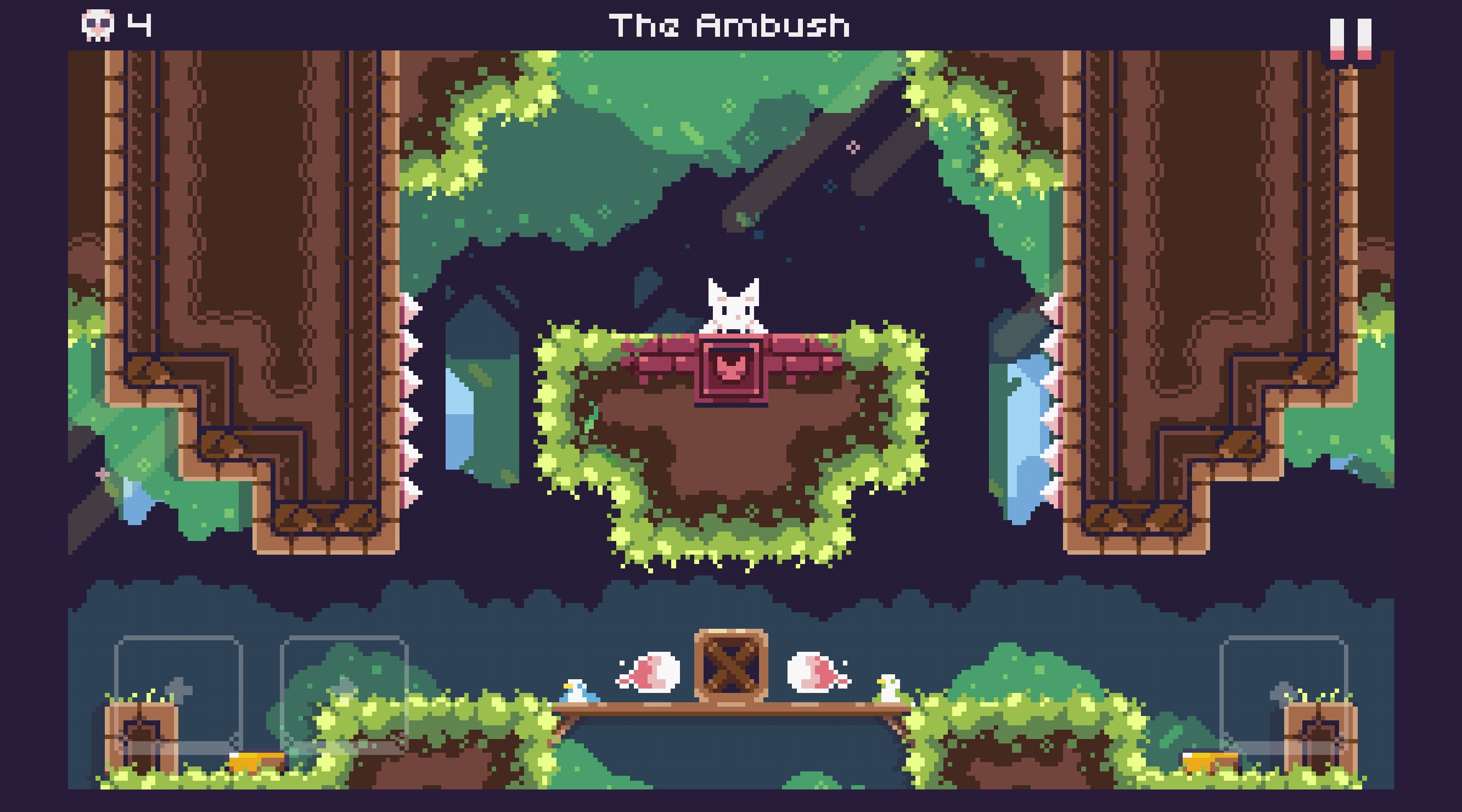 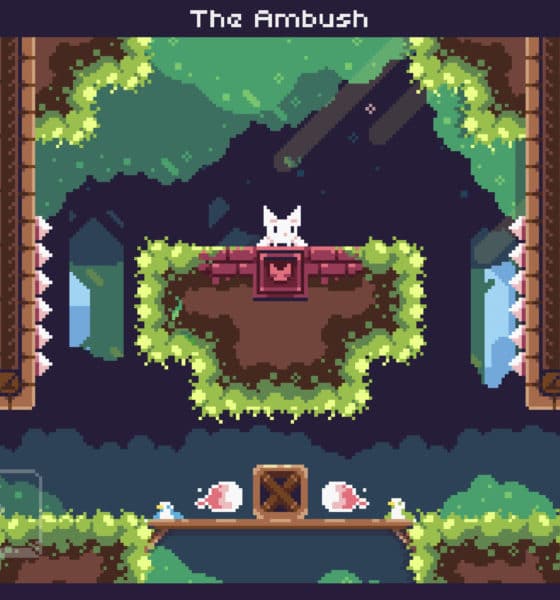 It’s cute and all until…

If you want a game that’s adorably challenging, I might have the game for you: Cat Bird.

It’s a title developed by Rayumi Adventure, an independent studio headed by Ryan Carag. If you like pixel art, you might want to check other titles from the same studio because they’ve developed similarly designed games.

About a cat that can fly

If you Google “catbird,” you’re up for a surprise: The game isn’t about the actual bird (yes, there’s an actual bird of the same name). We can pretty much appreciate the English language and how a space can alter compound words.

Anyway, Cat Bird is a mobile platformer where you have to get through enemies, falling spikes, and various obstacles. You play as Cat Bird, a white kitten with wings, who is lost and is finding its way home. Your task is to navigate your way back. Simple? You’d think so. 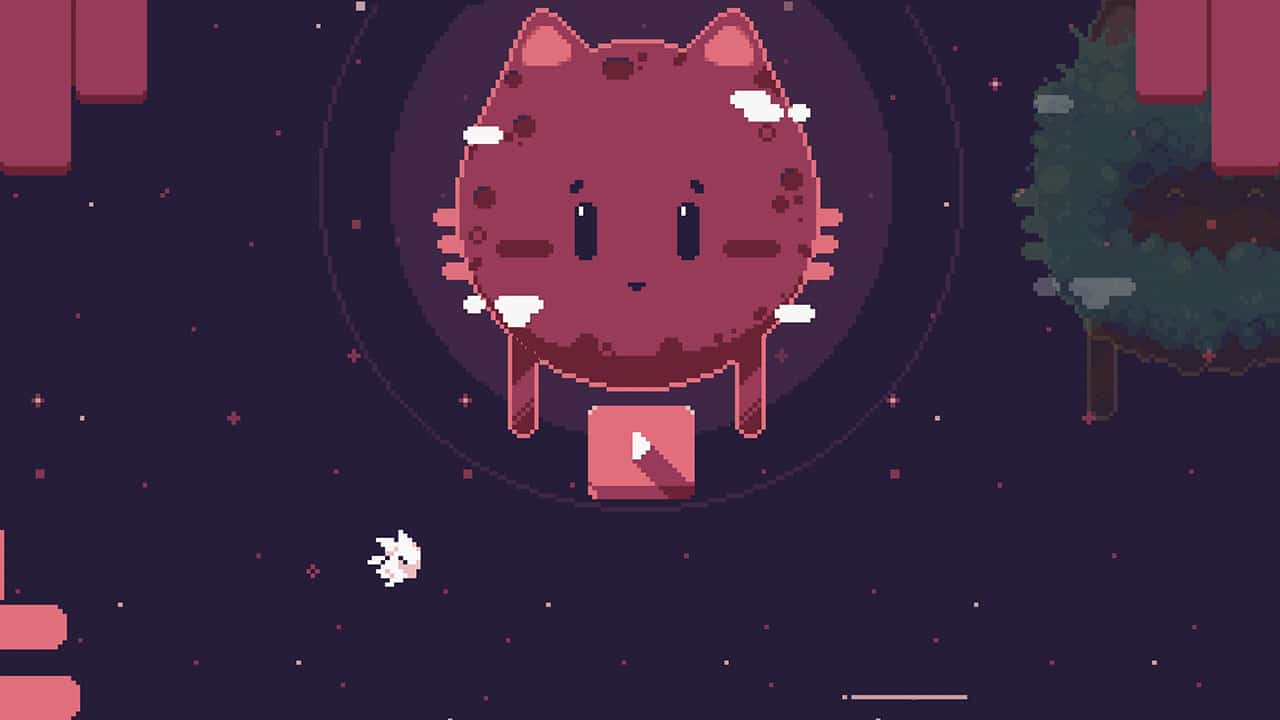 When you first install the game, you’ll notice the adorable pixel design, charming music, and polished user interface. I’ll admit: The game has a lovely soundtrack that matches its cute design. When it comes to user interface, Cat Bird walks you through the basics. The controls are on the bottom of your screen. On the bottom right of the game is your jump control and on the bottom left, the forward and back controls.

It’s cute and all until…

… you realize you’re terrible at timing! It doesn’t help when you’re playing an adorable character that dies every time you don’t get it right. You’ll have to watch your death count go up a few digits and live with yourself seeing an adorable mythical animal die. Case in point: I’ve unconsciously learned to apologize out loud when Cat Bird dies. 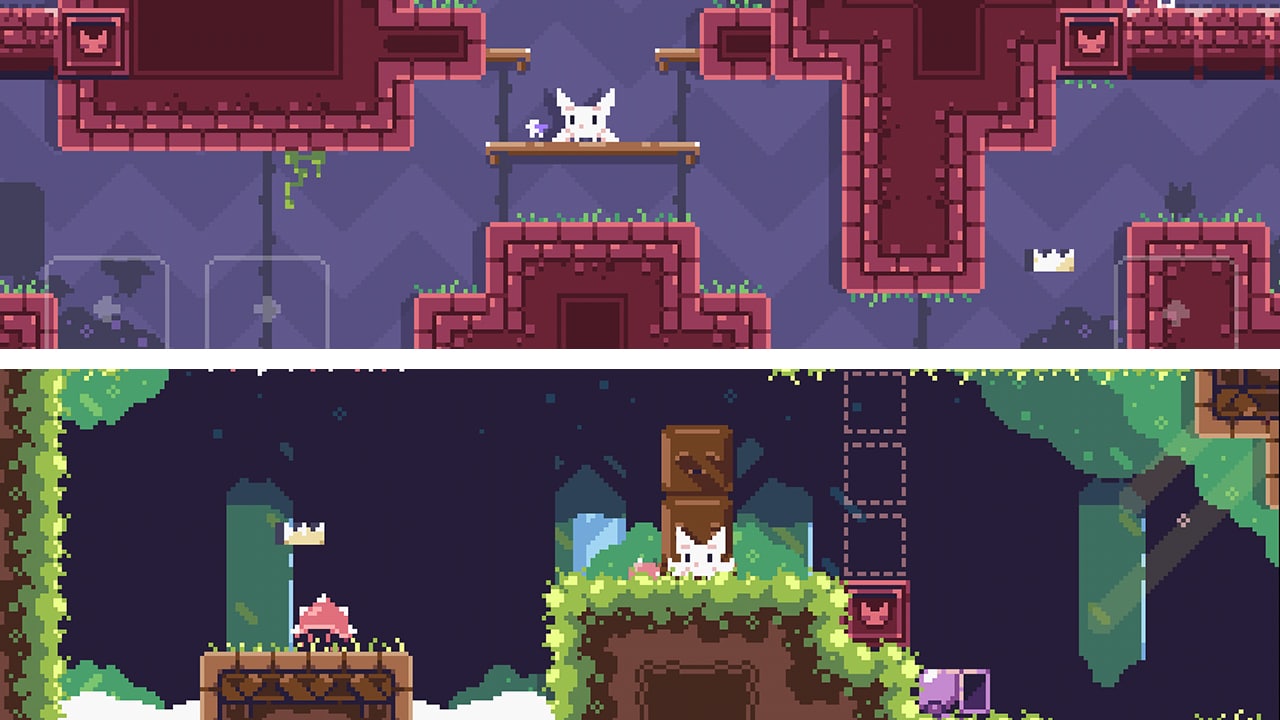 Platformers are more than just getting from point A to point B. If you’re a messed-up completionist like I am, you’ll want to collect every item or earn every achievement that exists in the game. For Cat Bird, you’ve got crowns purposefully placed in the toughest places. The crowns are even sometimes hidden. Finishing the game may be fun, but being able to collect all crowns gives you bragging rights. 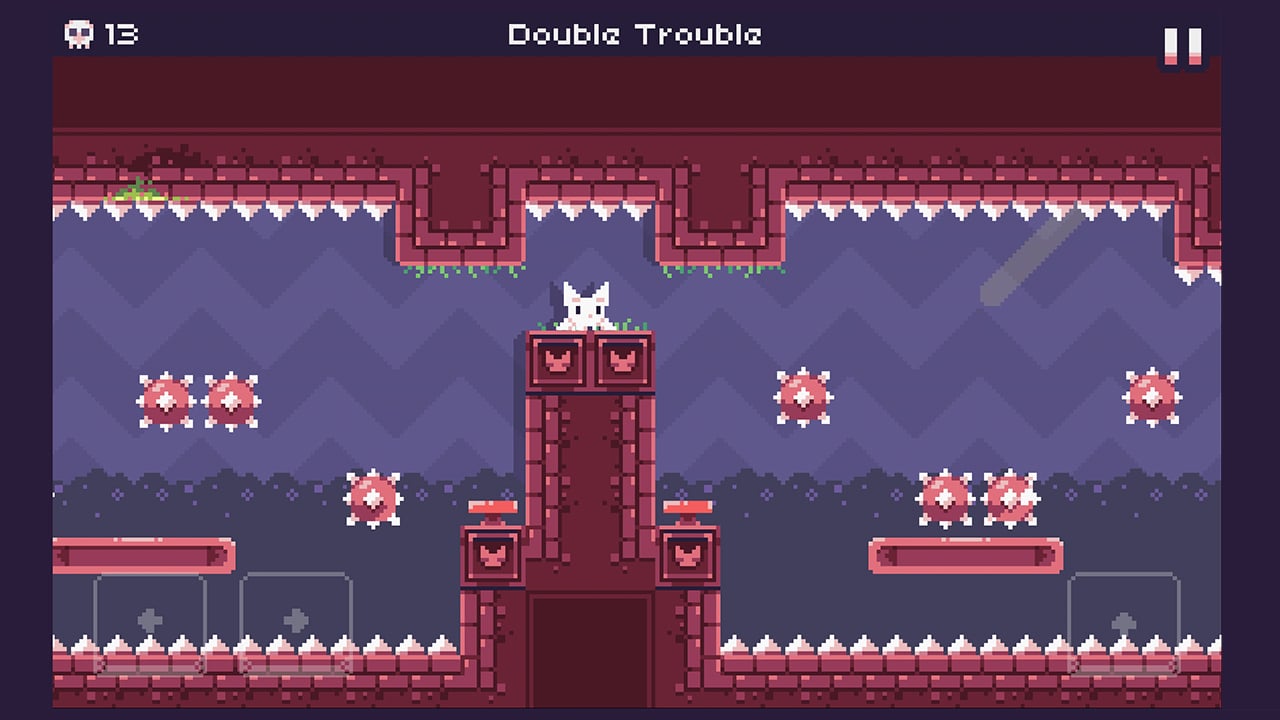 Surprise, surprise. I come up with a strange and ominous excuse as to why I cannot stop dying: buttons. Of course, Leez, buttons! I can’t help but miss the feeling of clicking buttons when playing this game. I play platformers with a controller and playing it on my phone feels like the first time I moved from phones with buttons to a touchscreen smartphone. 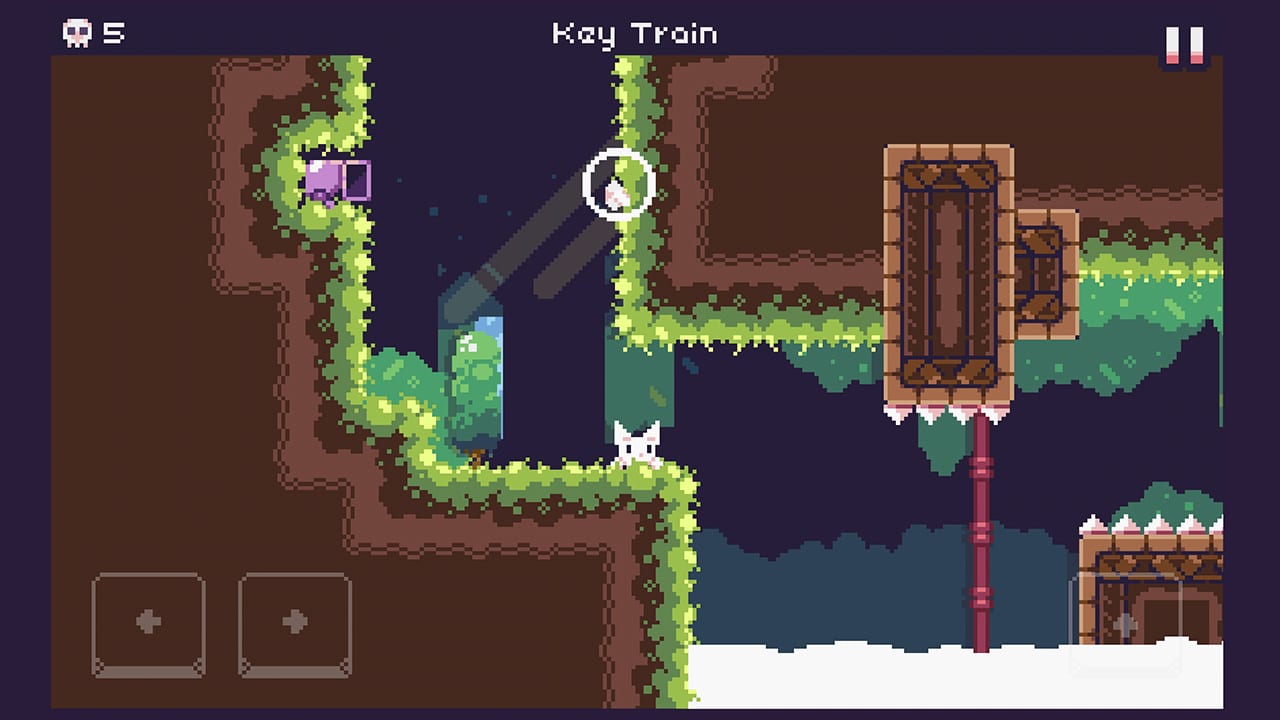 Am I making excuses for writing this section? Hell yes. Petty? Pretty much. Can we just toss my irrational defensiveness to the upsetting reality that I can’t keep watching this poor thing die over and over?

At least you get checkpoints 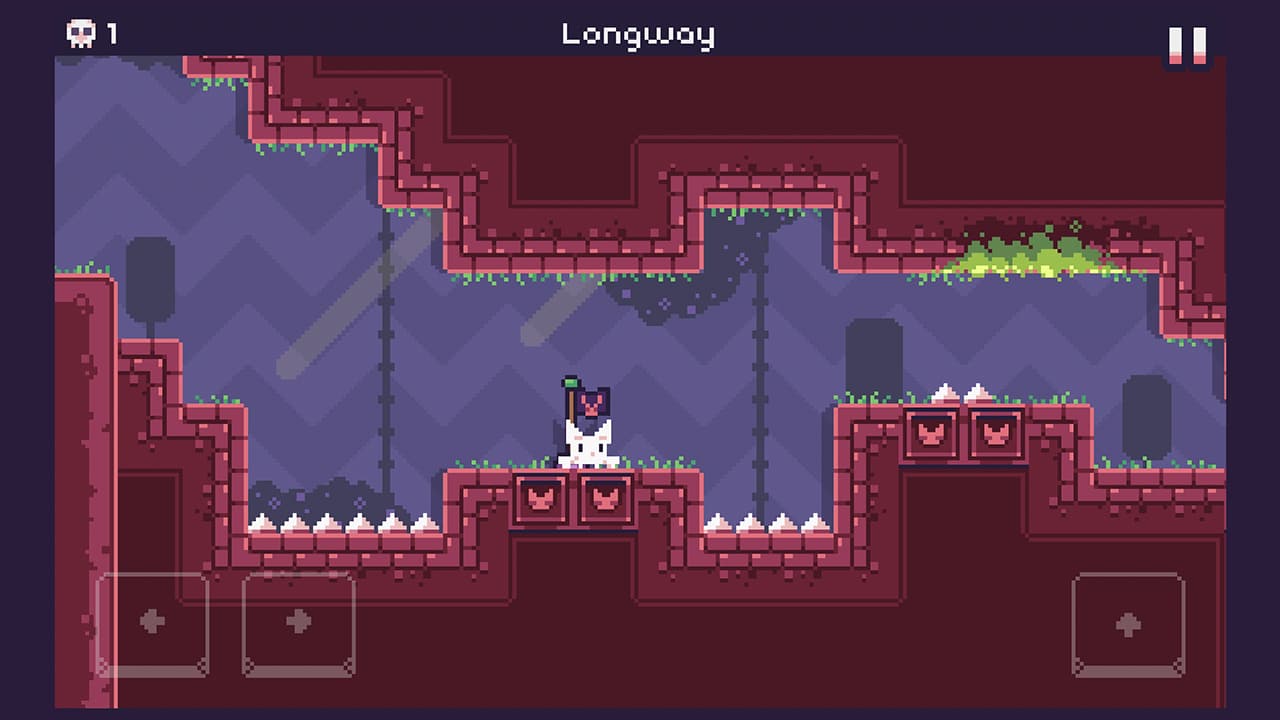 You re-spawn from the very beginning of every stage. You don’t get to save your progress anywhere. When I say it hurts to watch Cat Bird die again and again, it’s mostly because once I get pretty far into the obstacles, I slip up, die, and have to do it all over again. Luckily, some stages have checkpoints that show up as cute little flags so when you die after reaching them, you re-spawn there, instead.

Should you be playing Cat Bird? 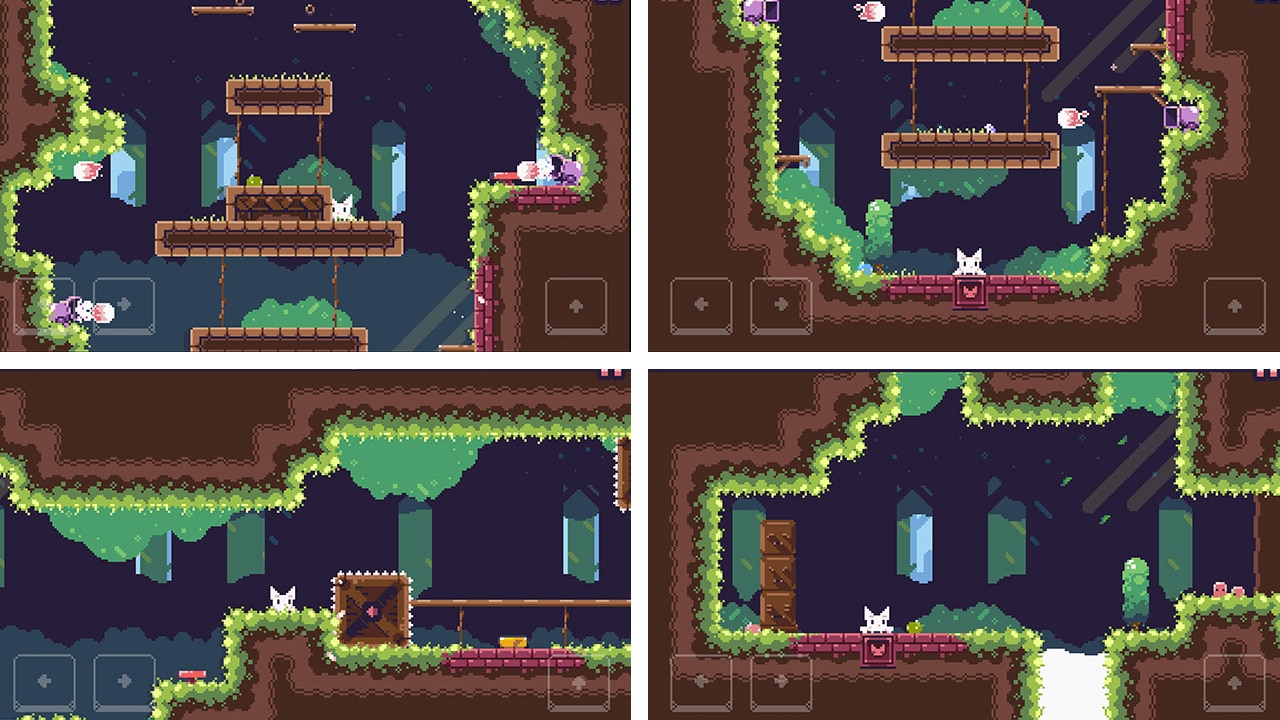 Looking for a nice mobile game that’s free-to-play and offline is a bit of a challenge — let alone finding one that’s of great quality. Although most games settle to be either offline or free-to-play, Cat Bird is both. If you miss more familiar platformers like Mario, Sonic, and Crash Bandicoot, definitely give this game a try.

This might be the game to take you back to the more familiar or nostalgic platformers. It may get challenging but that adds to the appeal of playing it. Trust me, I’ve almost completed the game despite sitting through so many deaths. 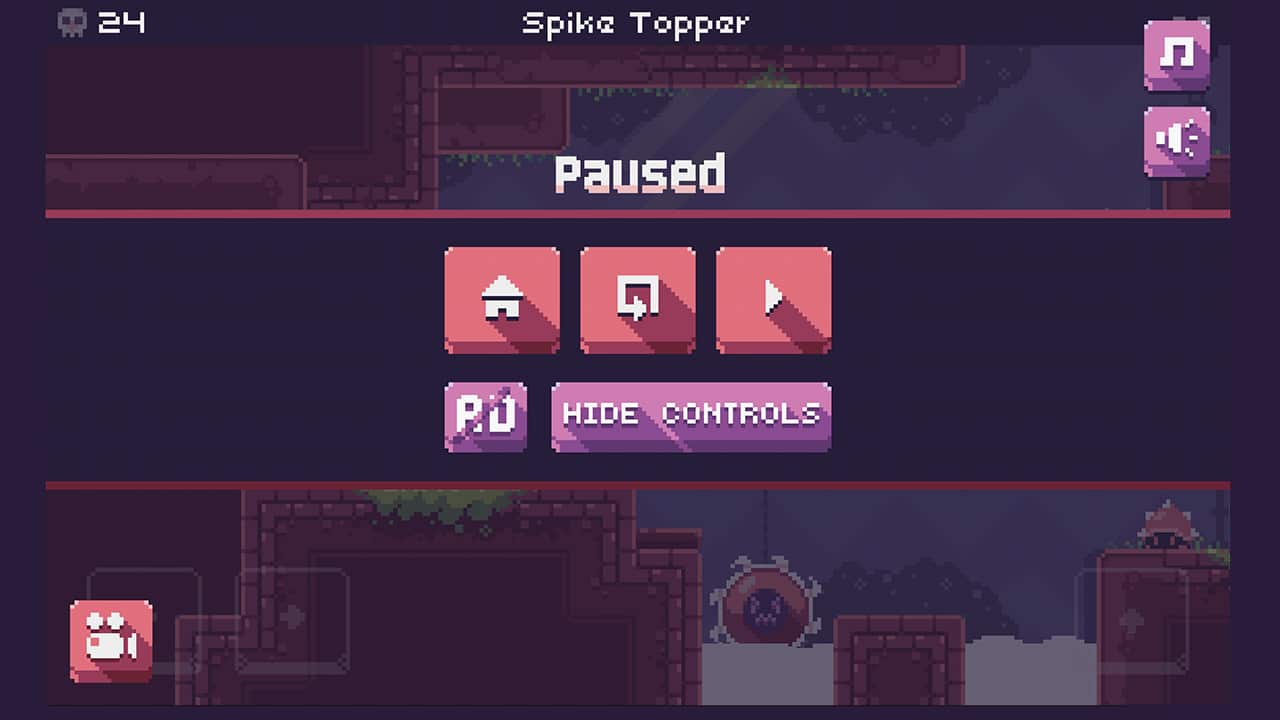 Cat Bird is available on iOS and Android for free.