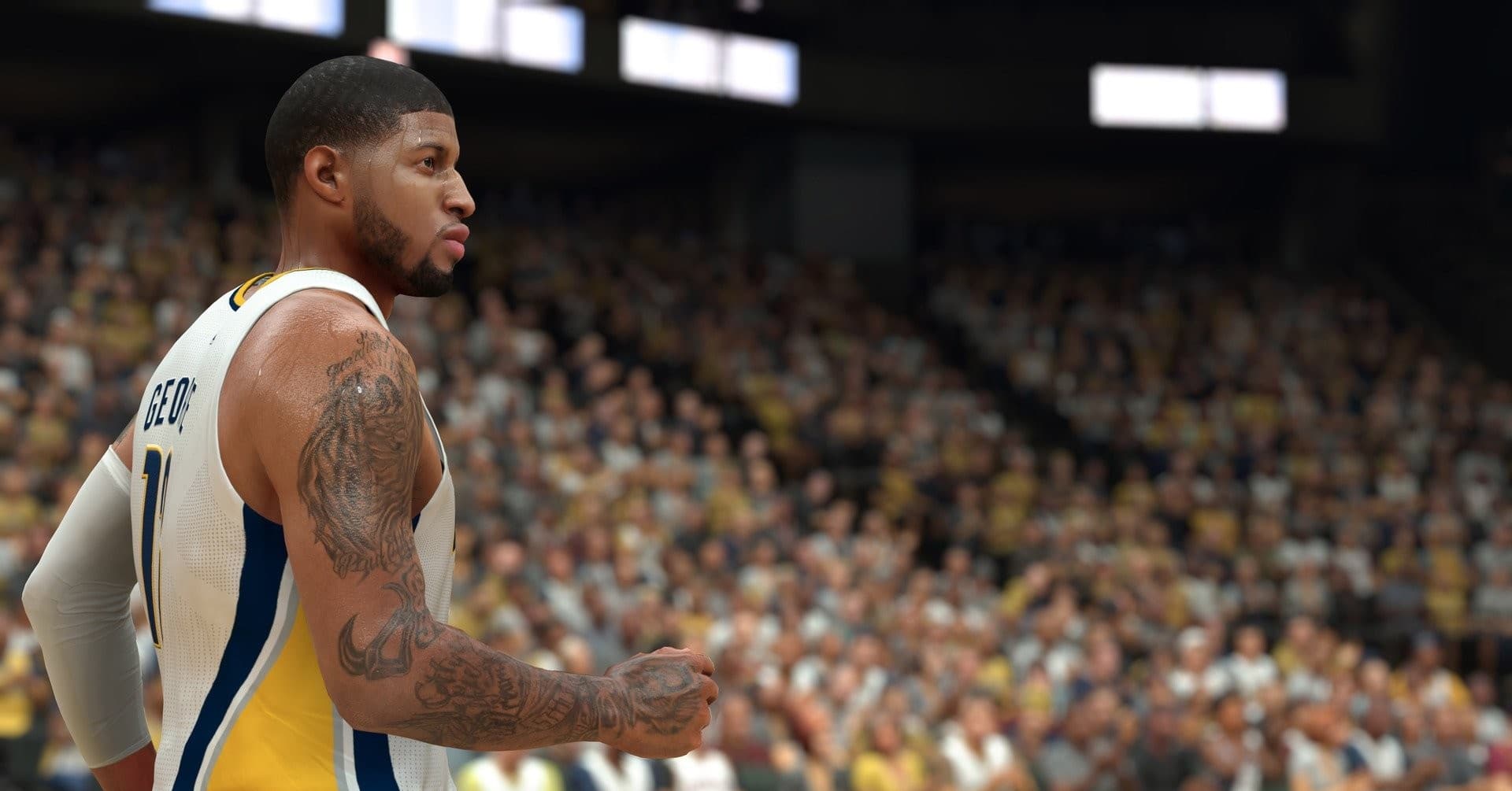 What goes up must come down. Right? The NBA 2K17: The Prelude demo was launched this weekend on PS4 and Xbox One to give fans a taste of what to expect from this year’s entry to the series.

The biggest problem with yearly franchises like NBA 2K is peaking. Series like Assassin’s Creed and Call of Duty have shown that it is difficult to keep iterating on a game and show significant improvements that would entice players. Which is why Ubisoft is taking a break from making an Assassin’s Creed’s sequel to focus on other titles.

It seemed like only a matter of time until NBA 2K succumbed to the same fate as the once prestigious NBA Live franchise and wound up dealing with the issues of a short shelf life that could lead to gamer fatigue.

I always thought the NBA 2K series peaked in 2014. Or that it would start to experience decline during these recent years, after several improvements to gameplay and graphics. But credit the development team’s tenacity for bringing innovation and attention to detail, because NBA 2K continues to break new ground.

With a revamped MyCareer mode, which promises a cinematic narrative of an NBA prospect’s journey from college to the pros, and a new face-scanning system that makes it easier than ever to put your likeness in the game, NBA 2K17 is shaping up to a be a unique and worthwhile addition to the franchise.

But I’m getting ahead of myself here, as the game isn’t due out until next week, September 16 (for those who pre-ordered, anyway; September 20 is the global release date). For now, I’ll focus on what I can critique. 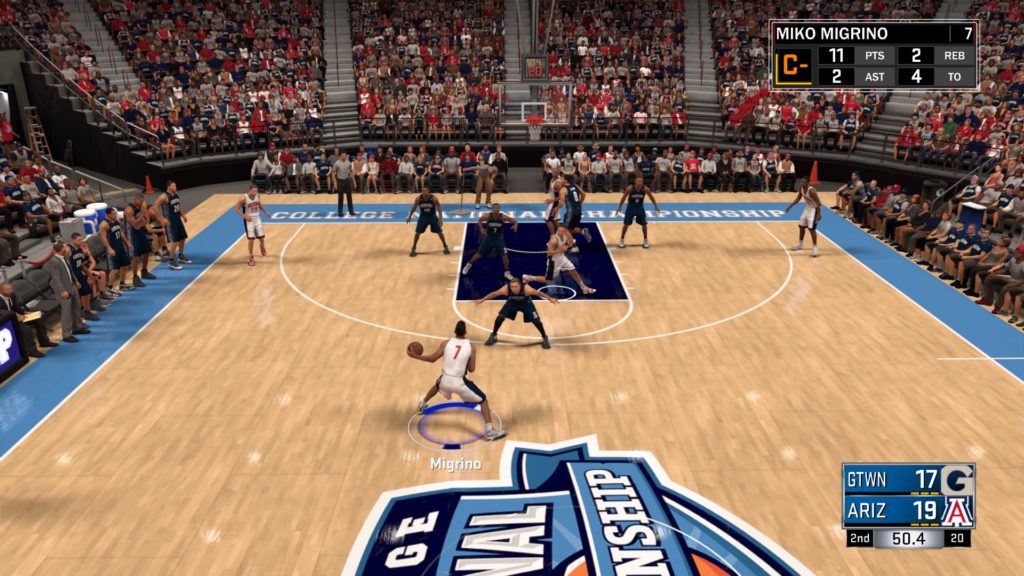 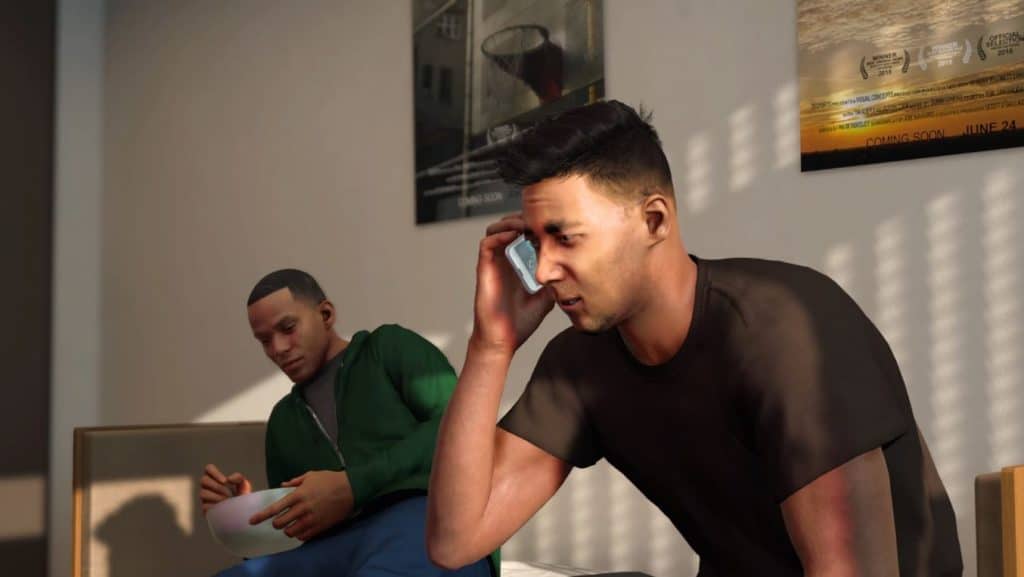 In the “Friction” trailer that 2K Games released a few weeks ago, we noticed an emphasis on physicality, the kind we see in an actual NBA game. Contact looked much more real, especially off the ball.

It turns out physicality is a huge part of NBA 2K17. Boxing out for rebounds; fighting through screens; dribbling through contact — all of it feels much more real now, thanks to an improved contact-recognition system that ties together with a ton of new animations. Even an opponent swinging his elbow has repercussions and can cause your controller to vibrate.

This combined with my favorite gameplay element from last year, which was the momentum physics when changing direction, shows why, even this early on, NBA 2K17 is the best simulation game of its kind. And it reaffirms that it is in fact light years ahead of the competition.

Gameplay-wise, the latest installment introduces some notable tweaks like a new shot meter, the ability to throw a skip pass across the court, and the ability to rapidly shift your position on defense, which is something I have been desperately hoping for.

I had honestly given up on previous iterations of NBA 2K‘s MyCareer story mode because of the monotonous experience of playing through NBA seasons and answering repetitive post-game questions from the media.

But Spike Lee’s “Living’ DaDream” on NBA 2K16 changed my perspective, as it told an engaging story that featured memorable characters. It was a breath of fresh air. My only problem was that it was too short.

This year, 2K Games is sticking to the same approach but with a different narrative. I haven’t finished The Prelude’s MyCareer mode yet — I’m only up to my last game in college. But I can only hope the development team has a longer story to tell this year. Without spoiling anything I can tell you it is still very detailed and personal, though probably not as intimate as NBA 2K16‘s Spike Lee joint, with the team bringing in a new writer, director, and cast.

This year’s story feels much more mainstream; actors Hannibal Buress, Michael B. Jordan, and others have lent their voices and faces to NBA 2K17. This tells me we will be seeing more Hollywood-driven storylines in the coming years. A rotating roster of writers and directors helming the story also opens up the franchise to more creative possibilities.

It’s probably important that I talk about the new face-scanning feature, which now supports Android and iOS devices. Unfortunately, I couldn’t get it to work.

I first tried face-scanning in NBA 2K15 on Xbox One, using the Kinect camera. I spent several hours in front of the camera, slowly turning my head from side to side to get a decent result, but without success; I always ended up with a deformed version of my face. Which led me to sculpt a face from one of the presets. I wasn’t able to try out the face-scan feature in NBA 2K16 because I got a copy for the PS4 and didn’t have a PlayStation Eye cam.

It isn’t as limiting this time, as for the first time ever, 2K Games is making the feature available to more users by integrating it into the free MyNBA 2K17 app. It’s a godsend for people who don’t own a PlayStation Eye or Kinect, although in my experience, the app is just as frustrating to use.
It still couldn’t generate a decent mold of my face from the pictures I uploaded. This time, however, instead of creating a monstrous mug for me to post on social media, it just shows an error message. Thankfully though, they’ve added even more options now for sculpting faces from presets. 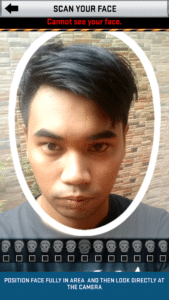 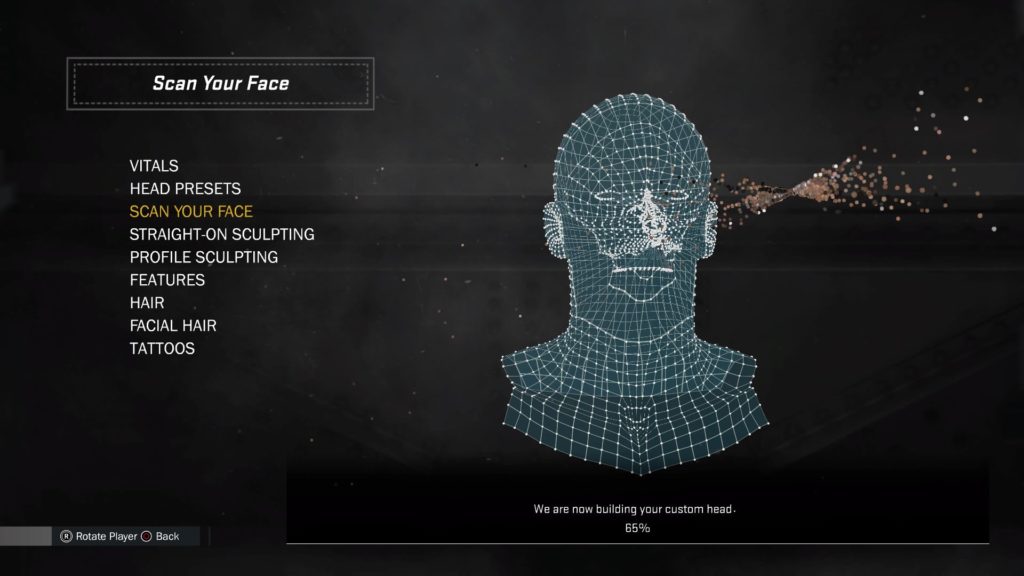 From what I’ve seen from this prelude, it looks like NBA 2K17 is going to be another success. Once again, the developers have proven that their focus and meticulousness when it comes to translating the NBA game into virtual form are the key to the franchise’s winning record. Their efforts this year serve to create the perfect basketball simulator.

Casual fans might not notice the fine nuances, particularly the new collision mechanic. But hardcore fans of the game and of basketball will be sure to pick up the finer details.

In the end, most of us want our basketball game to be as close to the real thing as possible. And I think once again, NBA 2K17 delivers on that front more so than before.